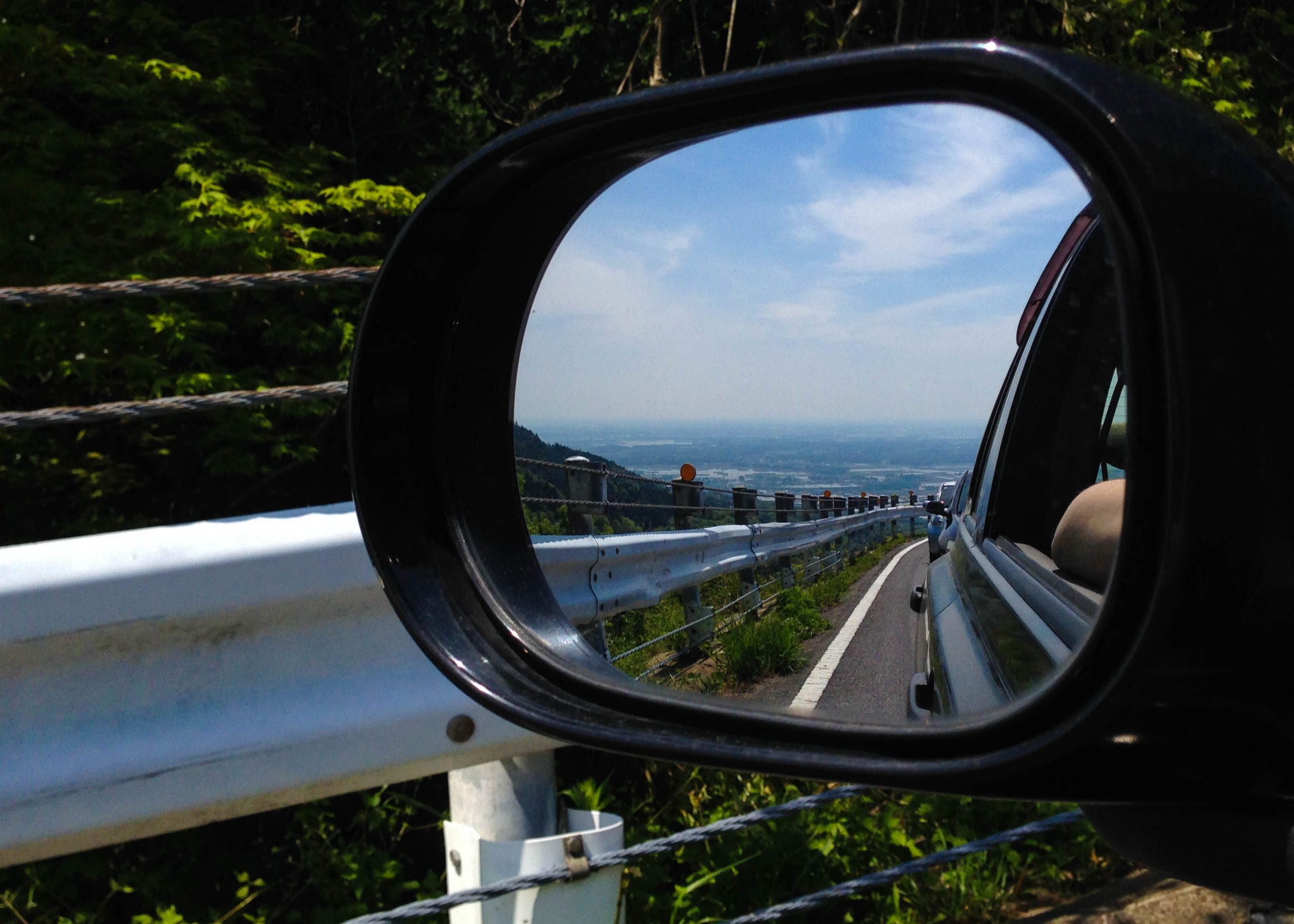 After a particularly long day, I got into my car, put some Jack Parow on LOUD and turned the key in the ignition. That’s when it started shaking violently. I hoped it would go away, and so I chugged my way to the curb and turned into the street. It idled all the way to the conbini, where I eventually pulled over.

As I sat there, in the 35 degree heat, trying the engine every few minutes and wondering what to do, the tears started to well up. All the teachers were in a big, end-of-term meeting so I knew I couldn’t call anyone and my Japanese is nowhere near existent enough to explain such a situation to anyone.

All the frustration of not being able to do things by myself had pent up and was now bursting out. I was tired of being the idiot all the time.

When I had had enough of crying, I wiped my face, put my big girl pants on, and popped the engine. Nothing seemed out of place, but then again, the only thing I know about cars is that they almost always break down when I drive them.

In South Africa, my sister drove her car around for years without any problems. When I took over, the engine would mysteriously cut out at random times. When we sold that car and I started driving my mom’s car, the brake went to the floor, the battery died and the fan blade cut through a whole bunch of wires.

Clearly, I need to get my energies realigned. Or something.

My thoughts were interrupted by an old man in a blue jumpsuit who had appeared out of nowhere, asking me if I was okay and not waiting for an answer before he started tinkering around in the engine.

After checking the oil and conferring with the manager of the conbini, who was now also outside trying to help, they asked me if it would be okay to call a “car doctor”.

The “car doctor” arrived, literally, 2 minutes later and after a quick once over and a flooring of the accelerator, he promptly declared it was an issue with the spark plugs.

After more conferring, it was decided that I would follow the old man to a garage nearby to get them looked at.

As my car chugged down the road, the Joburg in me kicked in and I wondered for a split second if I should be going anywhere with a complete stranger. There wasn’t a chance in hell I would do it at home. Before I had time to play out the full kidnapped-and-left-for-dead scenario in my head, we had arrived.

It looked like a family-run business; it was smaller than I expected but large enough to fit the 12 cars that were waiting for a service.

What followed next was nothing short of a pantomime: The owner-slash-mechanic was in the engine faster than I could get out of the car, taking out spark plugs and conversing wildly with the old man in Japanese. His young apprentice kept popping every few minutes with different grades of spark plugs, none of which were to the satisfaction of the mechanic.

Eventually, he went looking for one himself and I’m almost 90% sure he pinched it from one of the cars parked in the yard. When he was done, he threw his tools on the ground and walked away with his hands in the air as if he had just won a round in the boxing ring.

When I asked how much I owed him, he refused to take any money. I begged and pleaded, but he was adamant. I bowed my deepest bow and said all the words of thanks I know.

I drove back to the conbini and bought a bottle of shochu for the old man. I don’t know what I would have done if he hadn’t helped me.

And then, as quickly as it had all gone wrong, it was over.

I drove home in disbelief. I didn’t know what I had done to deserve such kindness, but I was incredibly grateful. These strangers had allowed me to maintain some shred of dignity when I was completely vulnerable as, once again, the stupid foreigner.

I was telling a colleague at work about how guilty I feel relying on strangers for help and not being able to repay them.

He said that I shouldn’t feel bad, that this is a time in my life to receive, and that in the future I will be in a position to give.

And so, when I was driving home this weekend and saw two hitchhikers thumbing for a lift in the rain, I threw all of my mzansi caution to the wind and stopped to pick them up.