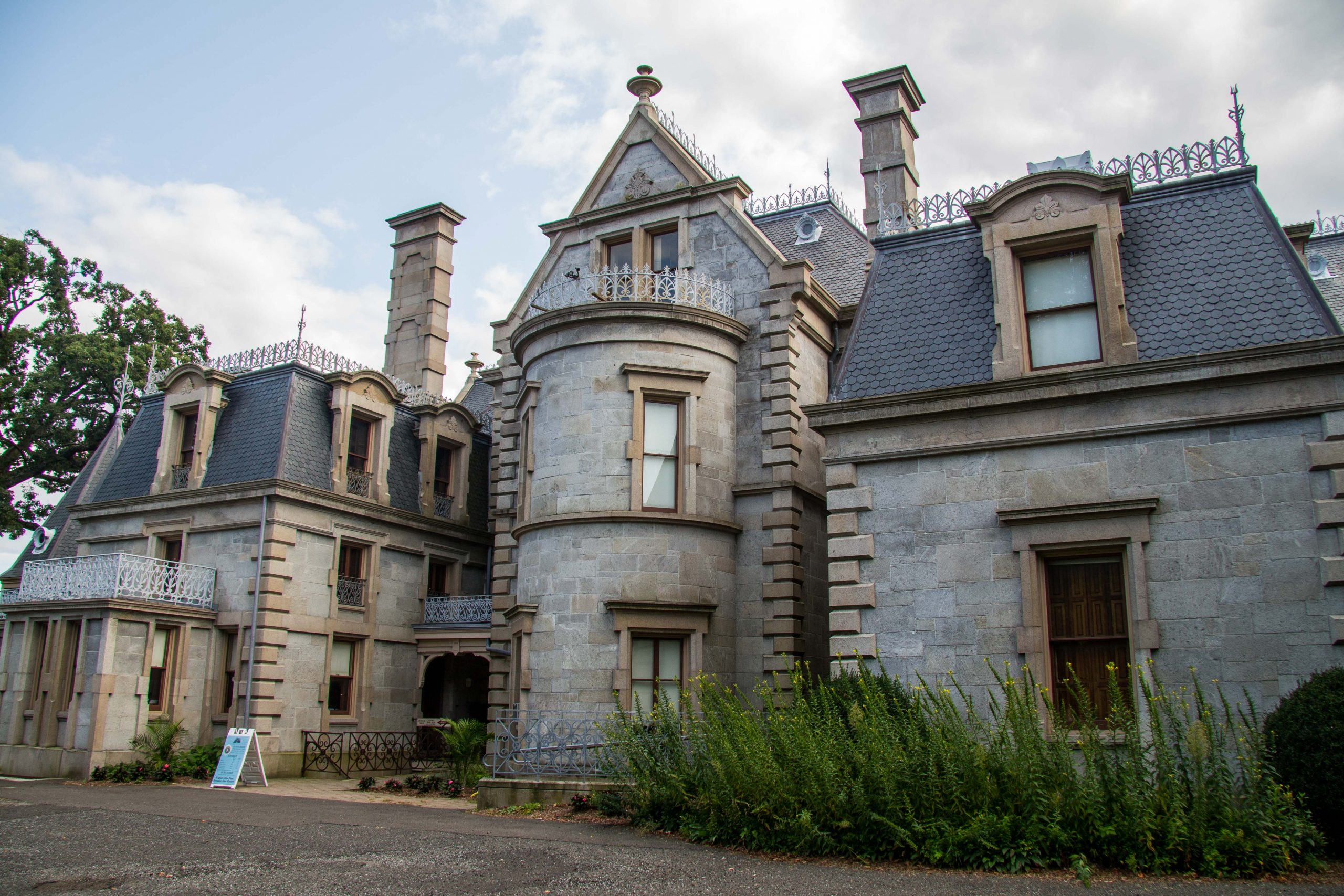 Nestled in a cluster of trees adjacent to U.S. Route 7 in Connecticut is a 62-room, 44,000 square-foot (4,100 m2) Victorian-era mansion that was built by a man with a name just as majestic – LeGrand Lockwood. In 1938, the Norwalk local began working as a clerk for a brokerage firm on Wall Street. By age 23, he had already made partner. Fourteen years later, he renamed the firm Lockwood and Co.

The firm, primarily dealing with the trading of railroad stocks, was so well-regarded on Wall Street that Lockwood was named the treasurer of the New York Stock Exchange. After travelling to Europe to sell war bonds in 1863, he returned home an even wealthier man the following year and began to build his summer home in Connecticut.

Designed by German-born Detlef Lienau and built by both American and immigrant artisans, the mansion took four years to construct. It was technologically ahead of its time, featuring indoor plumbing, gas lighting, ventilation and central heating. 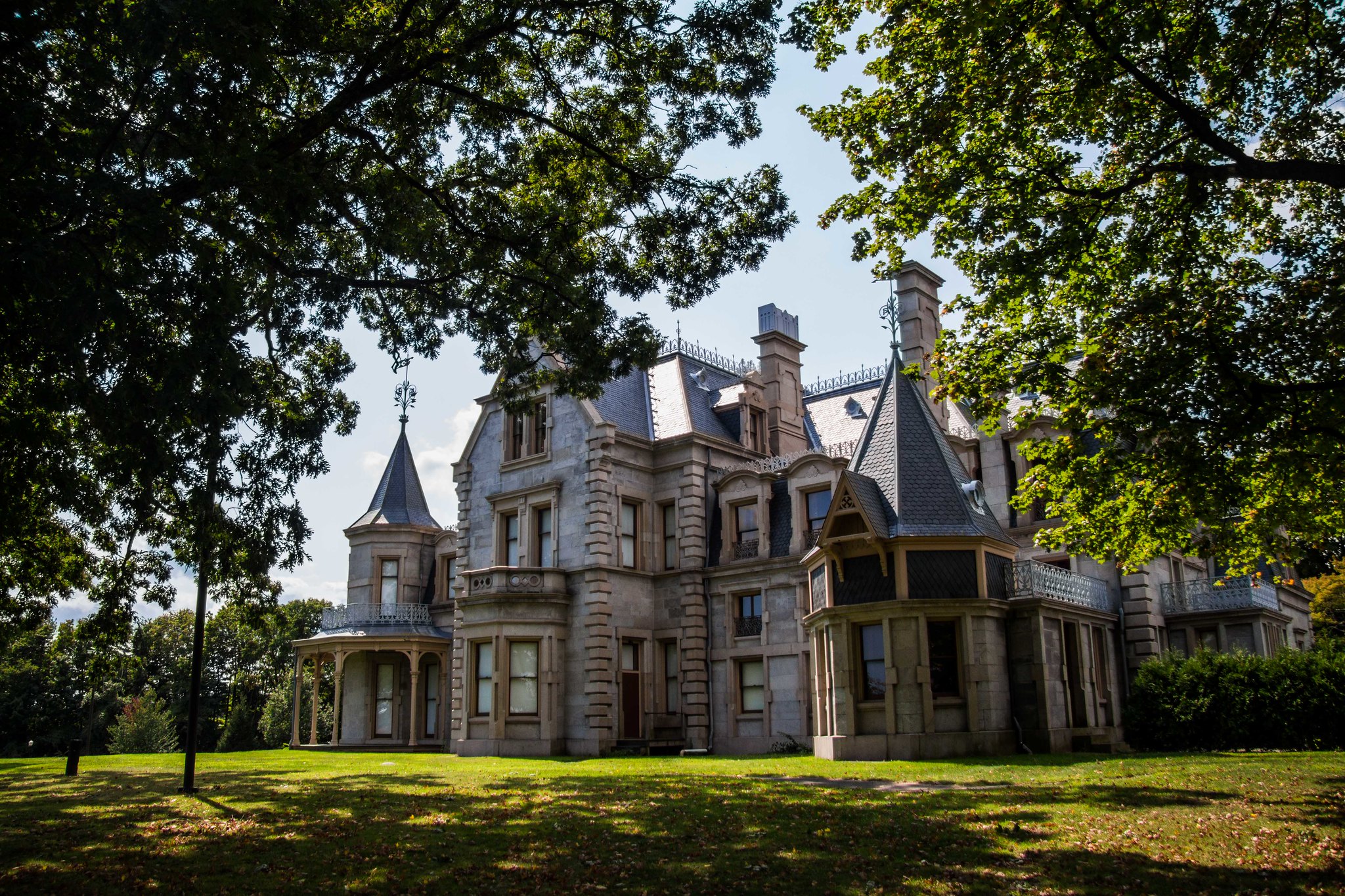 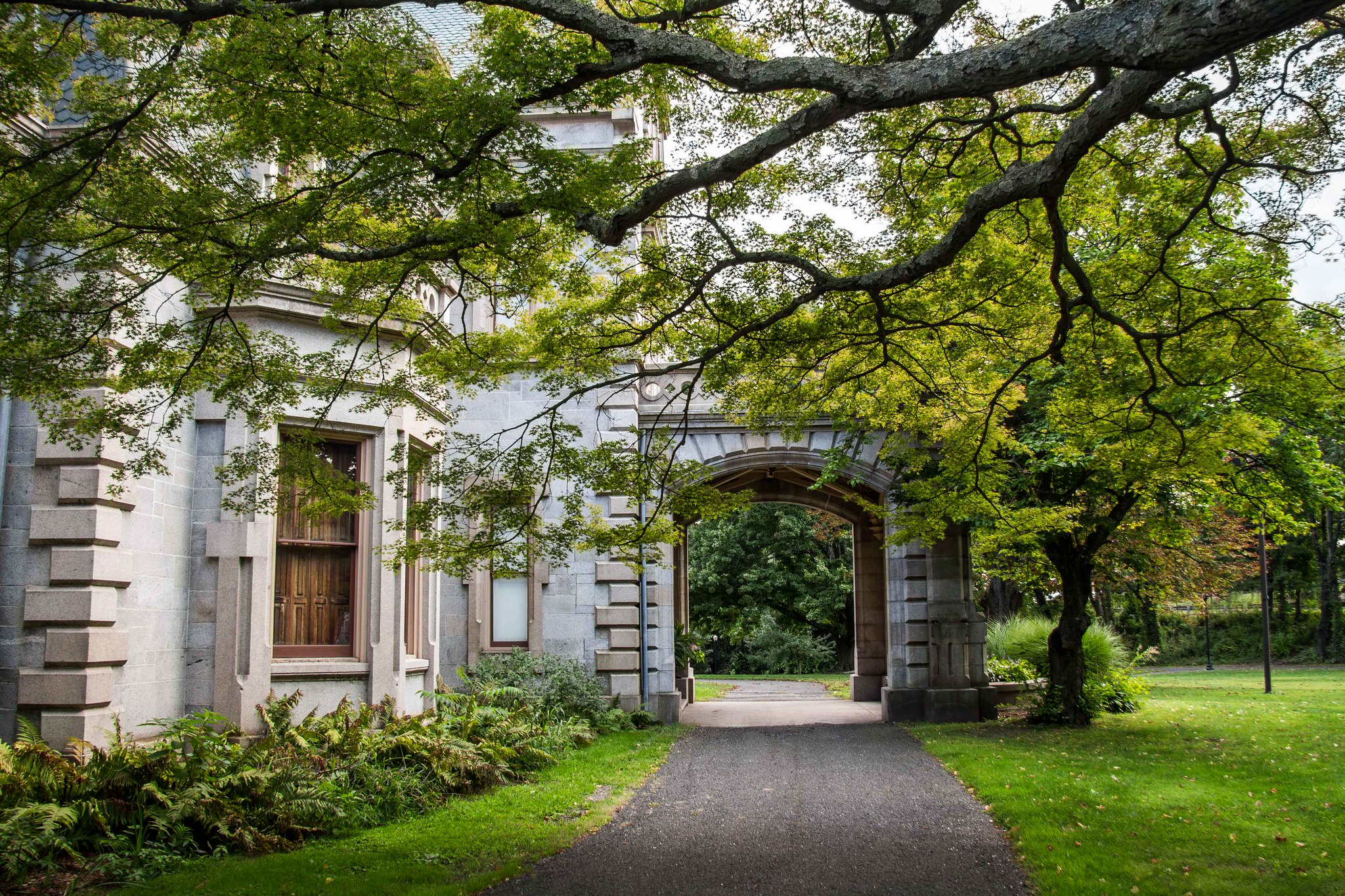 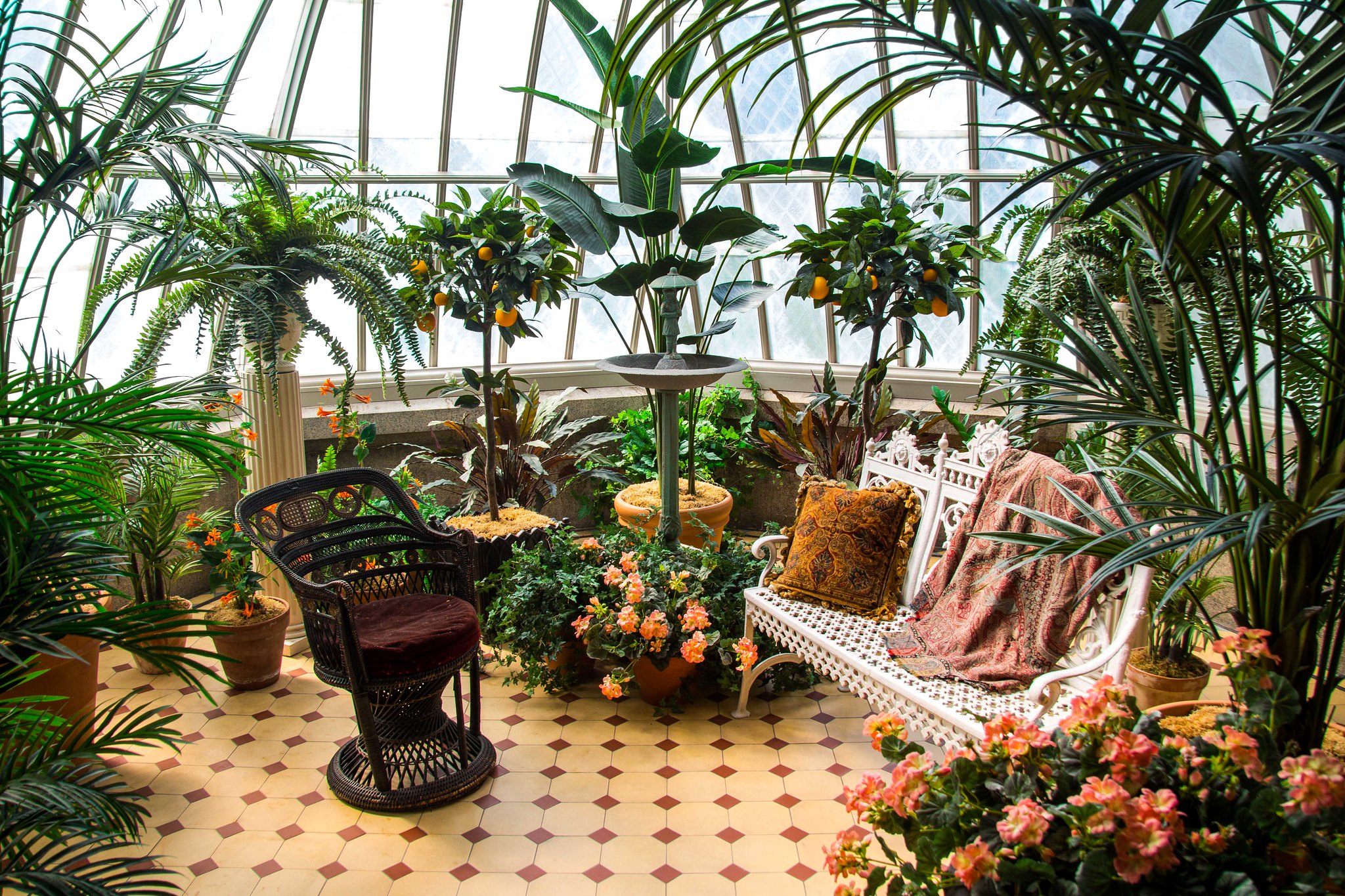 Lockwood and his wife, Ann Louisa, moved into the summer home which they nicknamed “Elm Park” in 1868. A year later, on the day that was to become known as Black Friday, Lockwood went into bankruptcy. He took a mortgage out on the mansion in Norwalk and went to work regaining his former standing on Wall Street. He passed away before he could achieve his goal in 1872 and Ann Louisa lost the house to foreclosure two years later.

The property was sold to Charles D. Mathews, a prominent importer from New York, and his then-wife Rebecca in 1876. In June of that year, the couple moved into the summer home with their four children and Rebecca’s father and brother.

Unfortunately, Charles died three years later. His wife, children and grandchildren continued to enjoy the mansion every summer until it was eventually sold to the City of Norwalk in 1941. WHen the mansion was threatened by demolition in the 1950s, preservationists succeeded in saving it. The Lockwood-Mathews Mansion Museum, Inc. was formed to run the site, which was designated a National Historic Landmark in 1971. 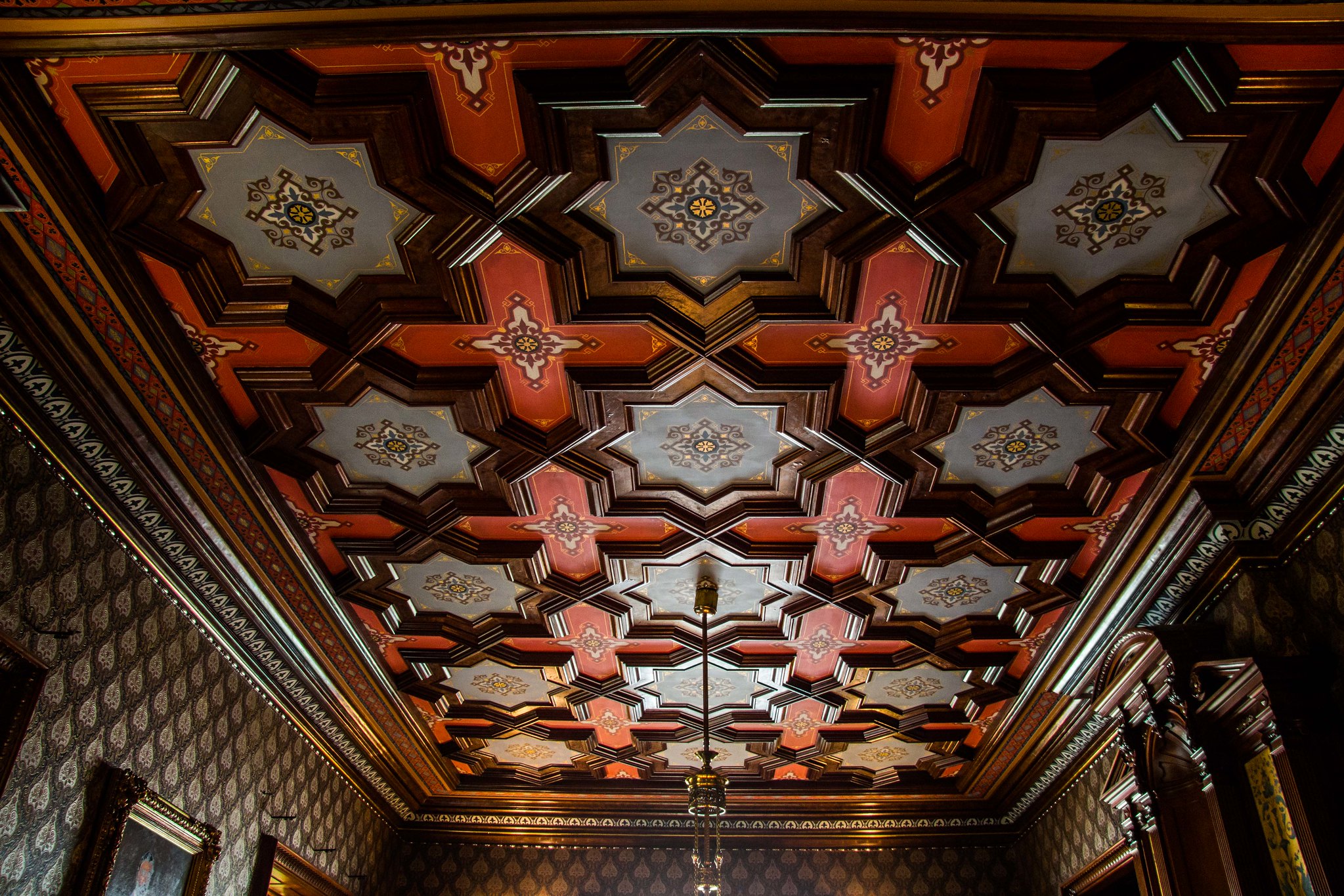 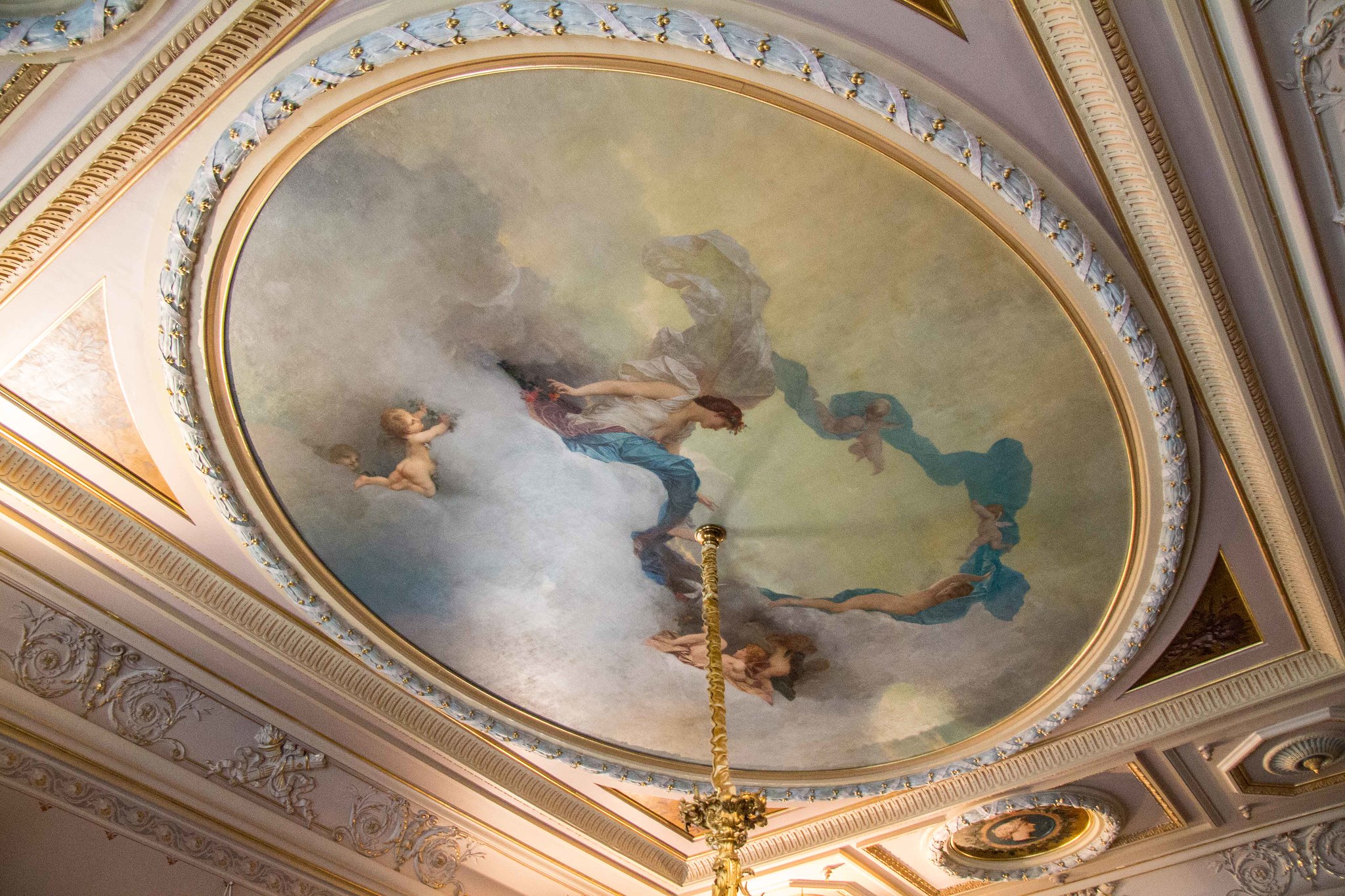 Today, the house is considered one of the earliest and most significant Second Empire architectural style houses in the United States. It functions as a museum and is open for tours from early April through early January. On each tour, visitors are shown the exquisite detail and craftsmanship that went into building the mansion, and told stories from the different families who occupied the house.

Tours begin at the double Black Walnut doors of the porte-cochère where stagecoaches once arrived to drop off guests. Visitors are then led through the vestibule and entrance hall, into the conservatory and library, through the music room, and onto the rotunda and grand staircase, dining room, drawing room and billiards room.

A longer, 90-minute tour also includes a look at the second storey of the home, featuring Mr and Mrs Lockwood’s bedrooms, the family’s private sitting room, and the servants quarters. 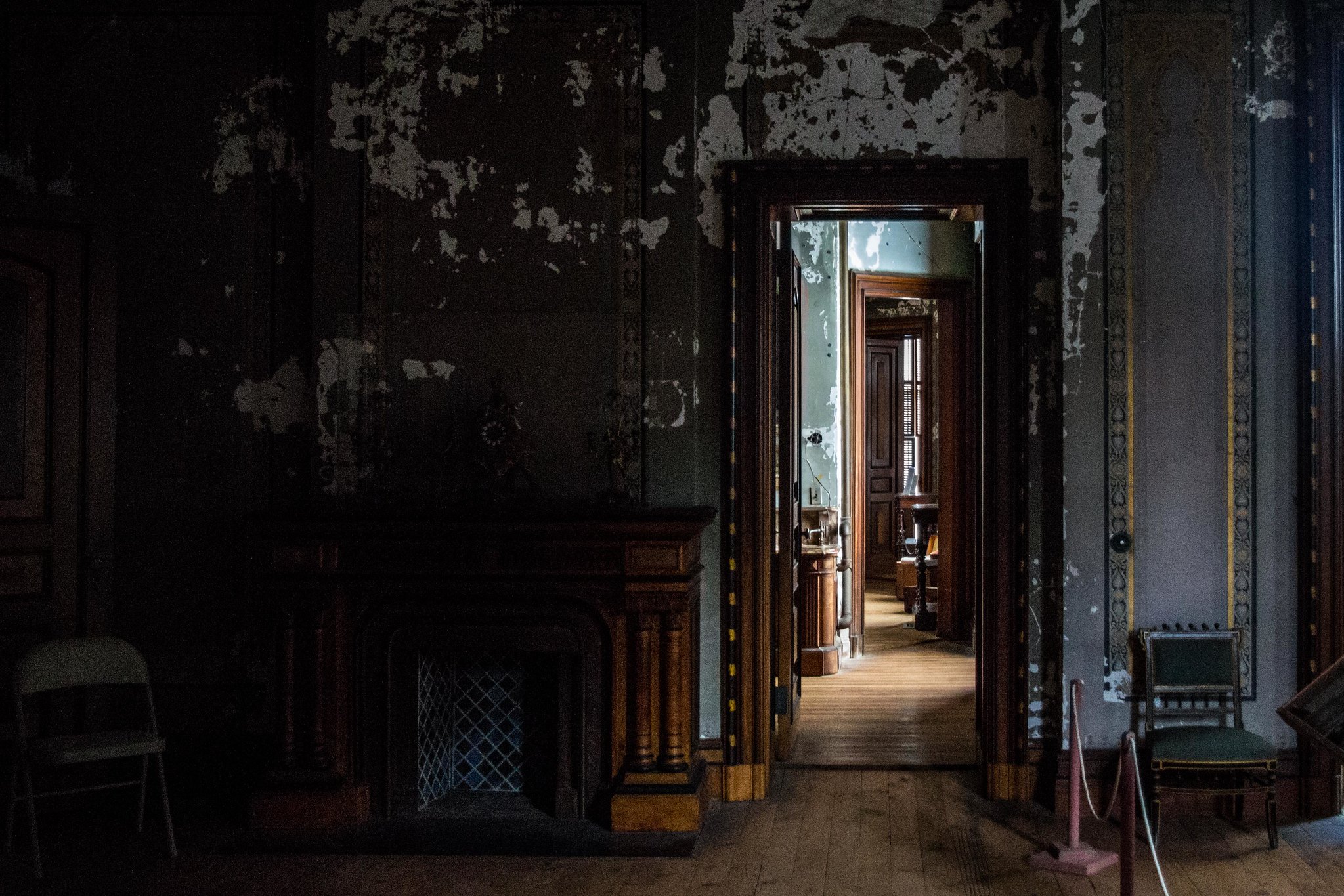 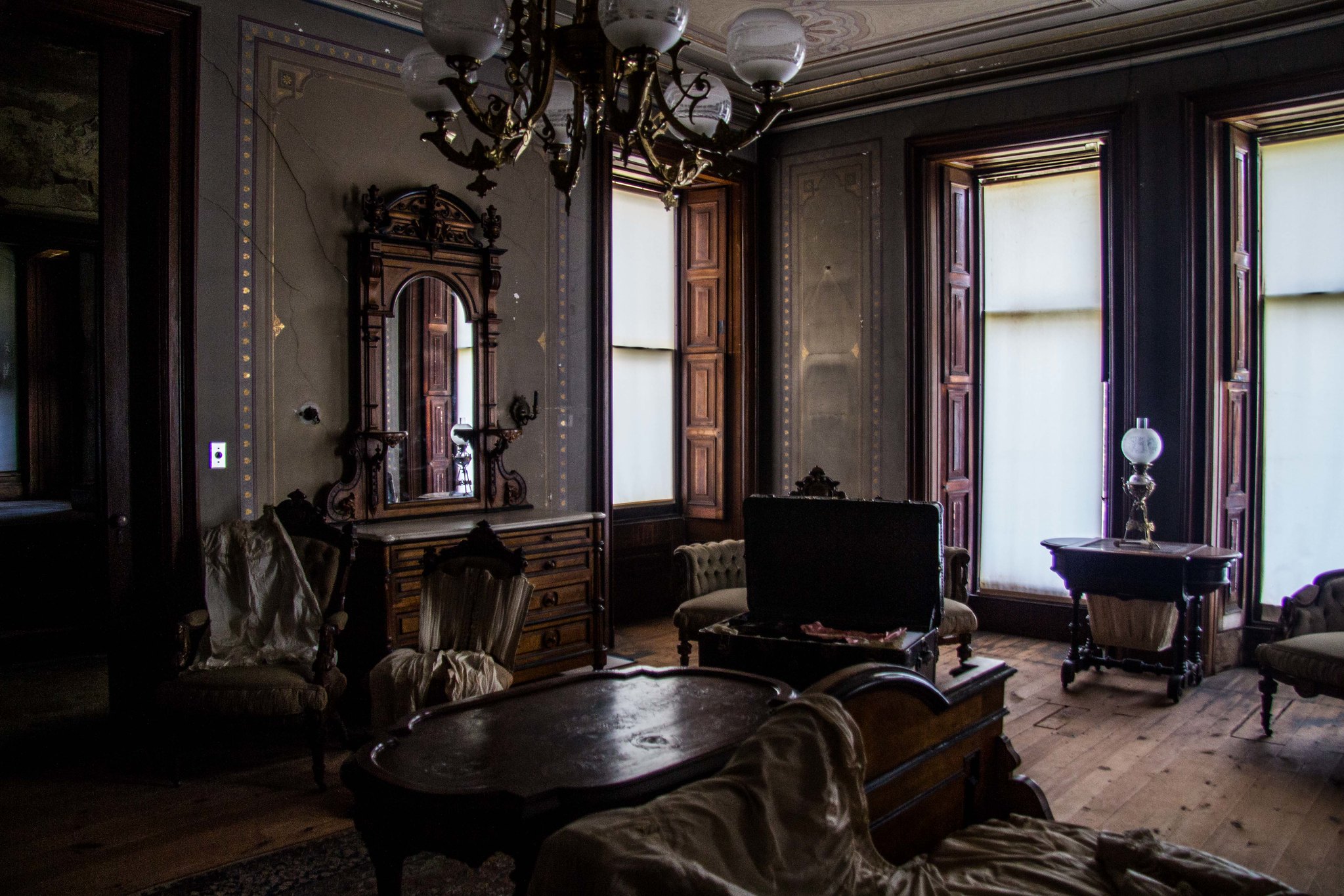 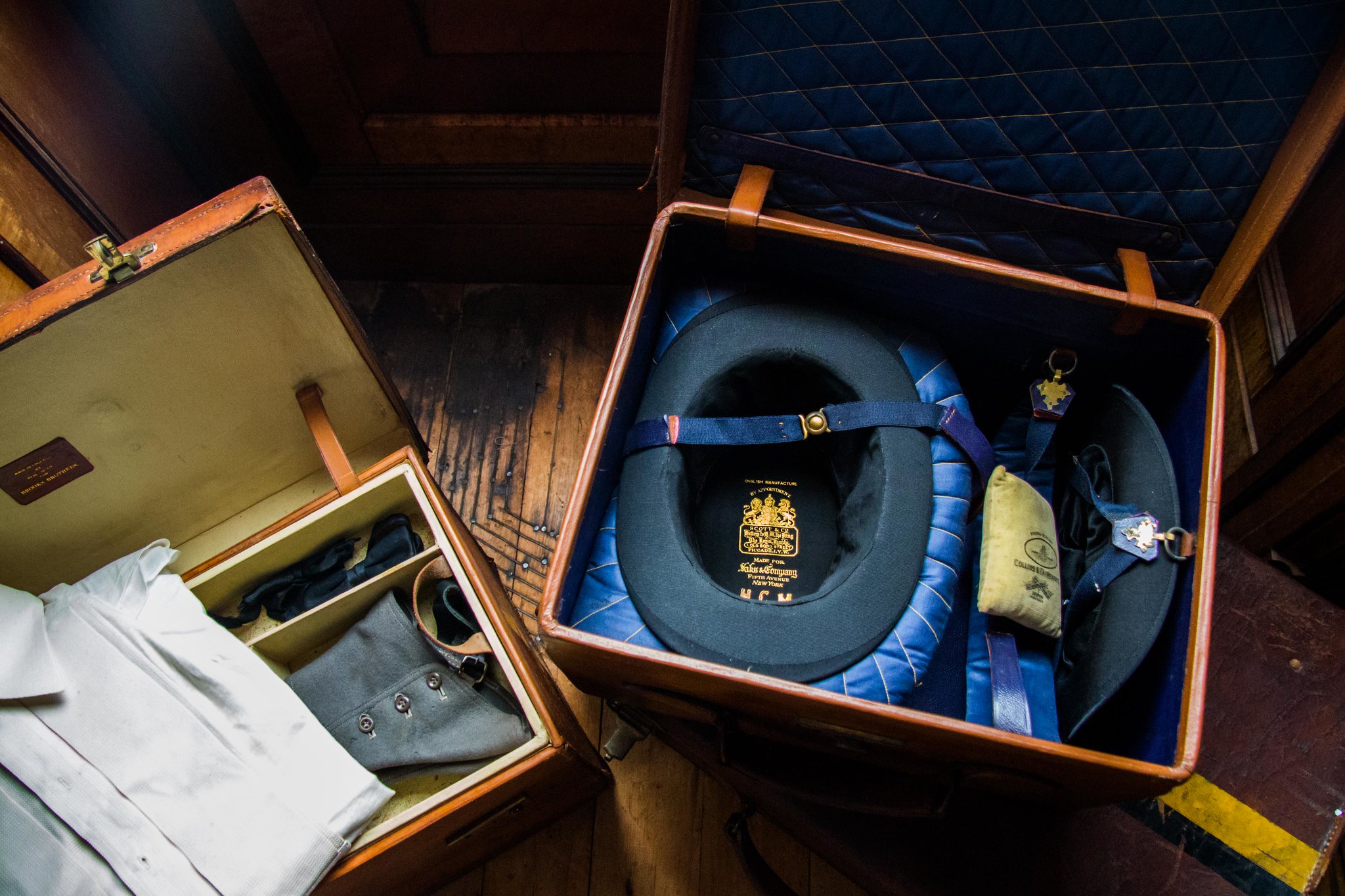 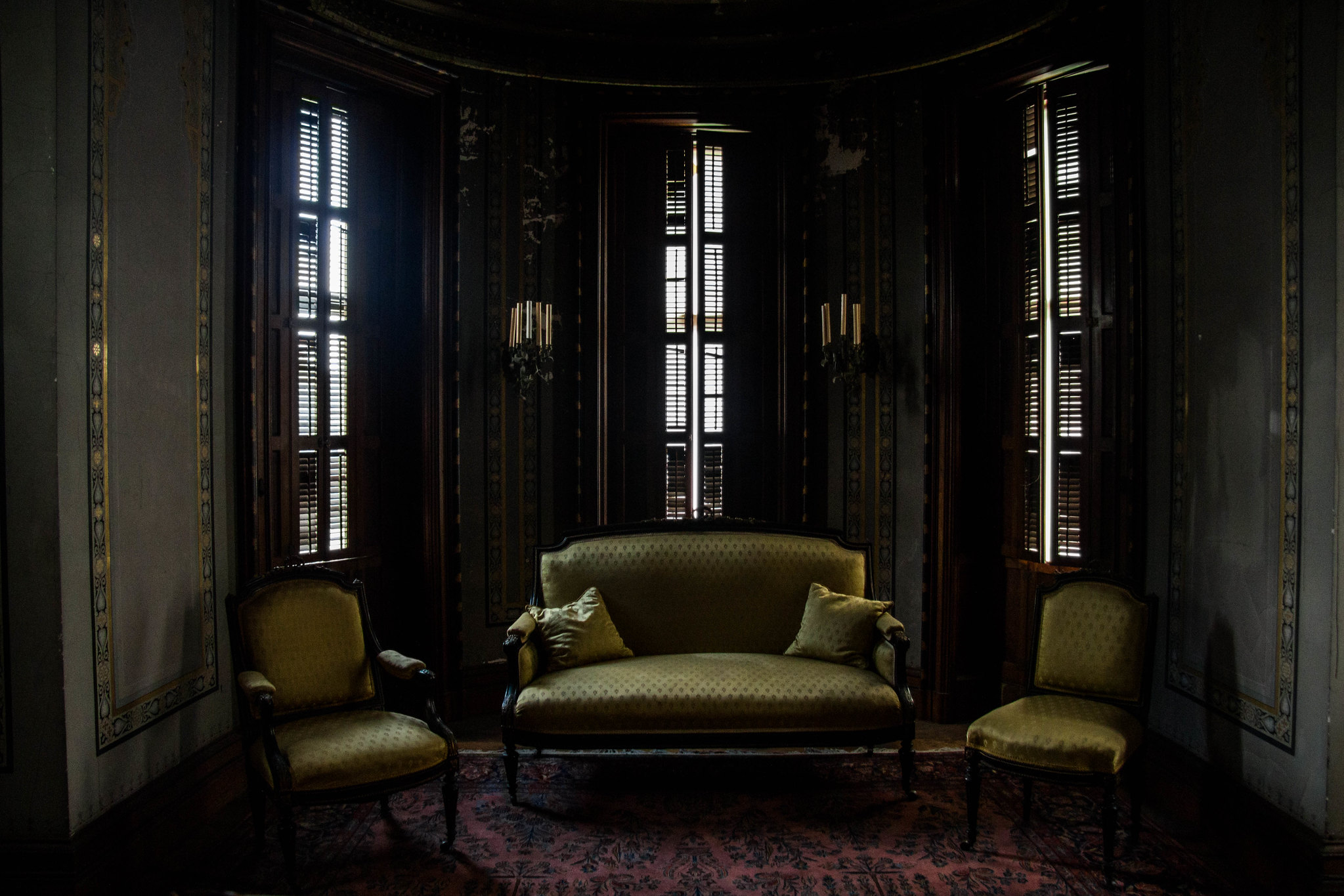 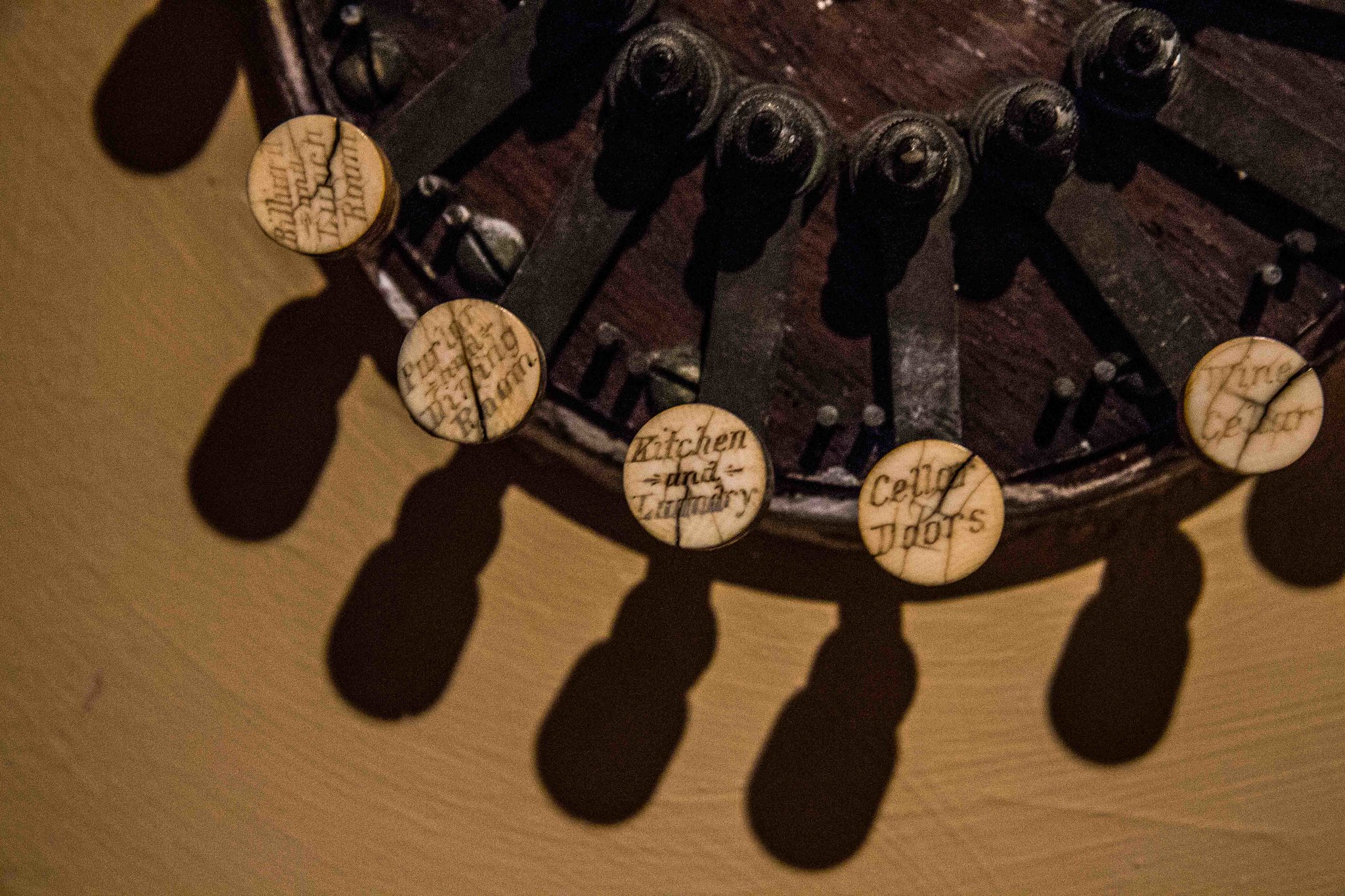 The mansion was a filming location in the 2004 remake of The Stepford Wives – it served as the Men’s Association building – and was also featured in the 1970 horror, House of Dark Shadows.

Throughout the year, the museum hosts a variety of events, including a Victorian Tea and a special Witches, Vampires and Ghosts tour for Halloween. Different exhibitions are also held throughout the year which are included in the tour price.

Currently, an exhibit of Wedding Traditions and Fashion from the 1860s to the 1930s is on, featuring lavish gowns modeled on Queen Victoria’s wedding, as well as simple dresses and artifacts of at-home ceremonies. After Thanksgiving, the mansion will be decorated to highlight holiday traditions of the Victorian era. 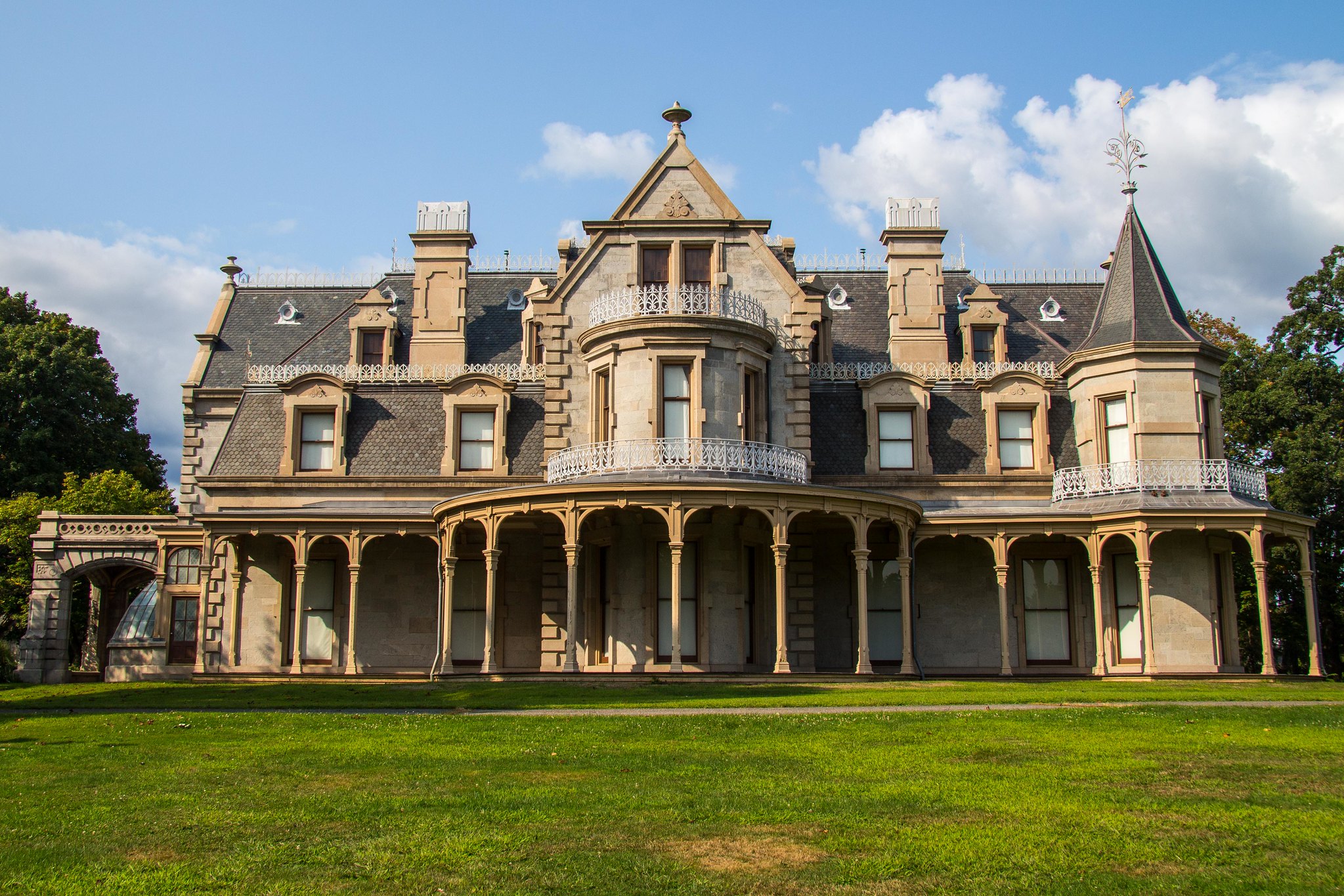 The Lockwood-Mathews Mansion Museum is open to the public Wednesdays through Sundays from early April to early January. Tours run every hour on the hour from noon to 15:00.

Bet it looks very spooky at night, though.

Simonereply
– In reply to: Hank`

Oh, I guarantee it! They actually do night tours there for Halloween every year, but definitely not as spooky as Eastern State Penitentiary in Philly.

What an incredible mansion! Looks very old and full of history.

The mansion is extraordinary. The detail in the craftsmanship is mindblowing, and to think that its nearly 160 years old. Indoor plumbing, hot and cold running water, central heating and an alarm system. This is how it was done when money was no object.