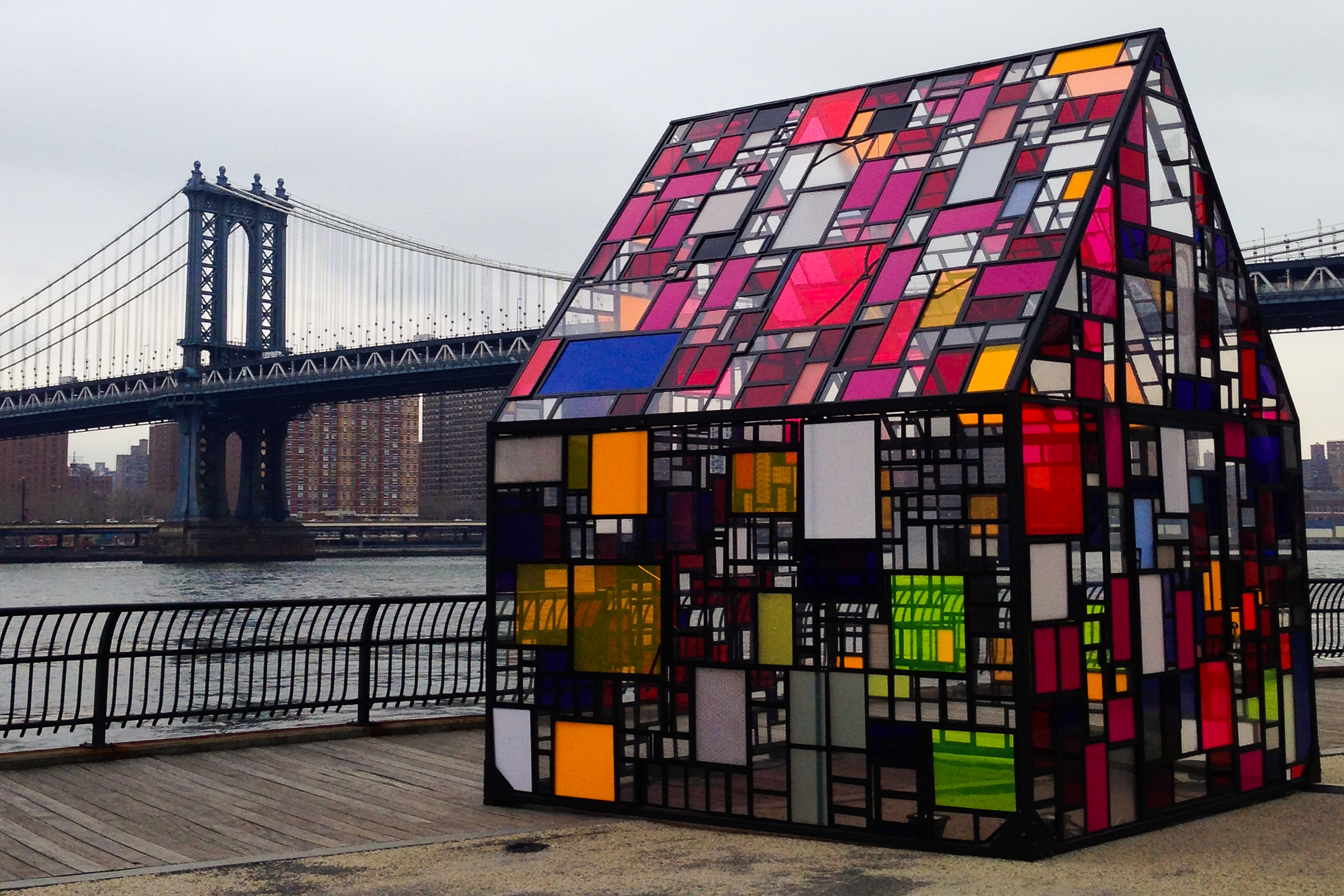 The second day of my trip to New York stands out for two reasons. The first is that, because my sister had to work, I was on my own and that meant navigating the subway by myself for the first time ever. Without a GPS, I managed to get myself to the Financial District and then across to Brooklyn without too much hassle. I even got asked for directions – twice! – so I was pretty stoked about that.

The second was a bummer; when I got home, my sister went to browse through the photos on my camera and accidentally formatted the memory card instead. She downloaded some recovery software to try and salvage whatever data might be left, but I knew in my heart of hearts that the images were gone forever.

It truly sucked because I had gotten some great shots, but in the end it was just an accident, and I’d rather have that then my entire kit being stolen. Besides, I still had an awesome day and managed to conquer the subway, and I didn’t need photographs to know that.

On the plus side, I still had a few decent pics from my iPhone. So there was that. Life lesson #356 – always shoot with more than one camera.

Anyways, back to FiDi. I needed to go down there anyway to take care of some admin, and figured I’d check out the 9/11 memorial and the new One World Trade Center on the way.

After getting off the subway, I ducked into a Starbucks to use the free wifi and get my bearings (okay, so I used a little GPS).

“Can I get a gingerbread latte?” I asked.

The server looked up and smirked at me. “A lah-tay? Sure,” he said. “What’s your name?”

I pulled out a hundred to pay. Forex hadn’t had anything smaller.

“I don’t have change for that,” he said.

“Are you kidding me?” I said. Who doesn’t have change for a hundred?

“Well that’s not my problem,” I thought to myself.

“He’s full of it. I can get you change,” said another server.

He unlocked the safe (!?), rummaged around for a bit and then handed me my change. I moved to the adjacent counter to wait for my latte.

“Yo! You gotta pay for that!” The first server yelled at me. Everyone in the store turned to look.

“I said you gotta pay for that!” he yelled.

The second server came back. “She’s giving it to me, man. I didn’t take it out,” the first server explained.

“Why didn’t you take it out?” the second server asked him.

He handed me my change and I moved back to the adjacent counter.

I grabbed a seat and checked my location on my phone. After taking a few screengrabs for later reference, I settled in and browsed the newspaper left behind while finishing up my lah-tay.

To my left sat two lawyers pretending to work but actually gossiping about other members of staff. I don’t know what kind of lawyers they were or which firm they were from, but I can tell you that everyone is glad Sally is leaving because she is not a team player.

I couldn’t decide if I liked it or not – being able to understand 99% of other people’s conversations again.

I rolled up the paper slowly and stacked in on the windowsill.

When I eventually got down to Fulton Street, I followed the hordes of other tourists down to the 9/11 memorial plaza. The last time I was in New York, five years ago, it was just a construction site. 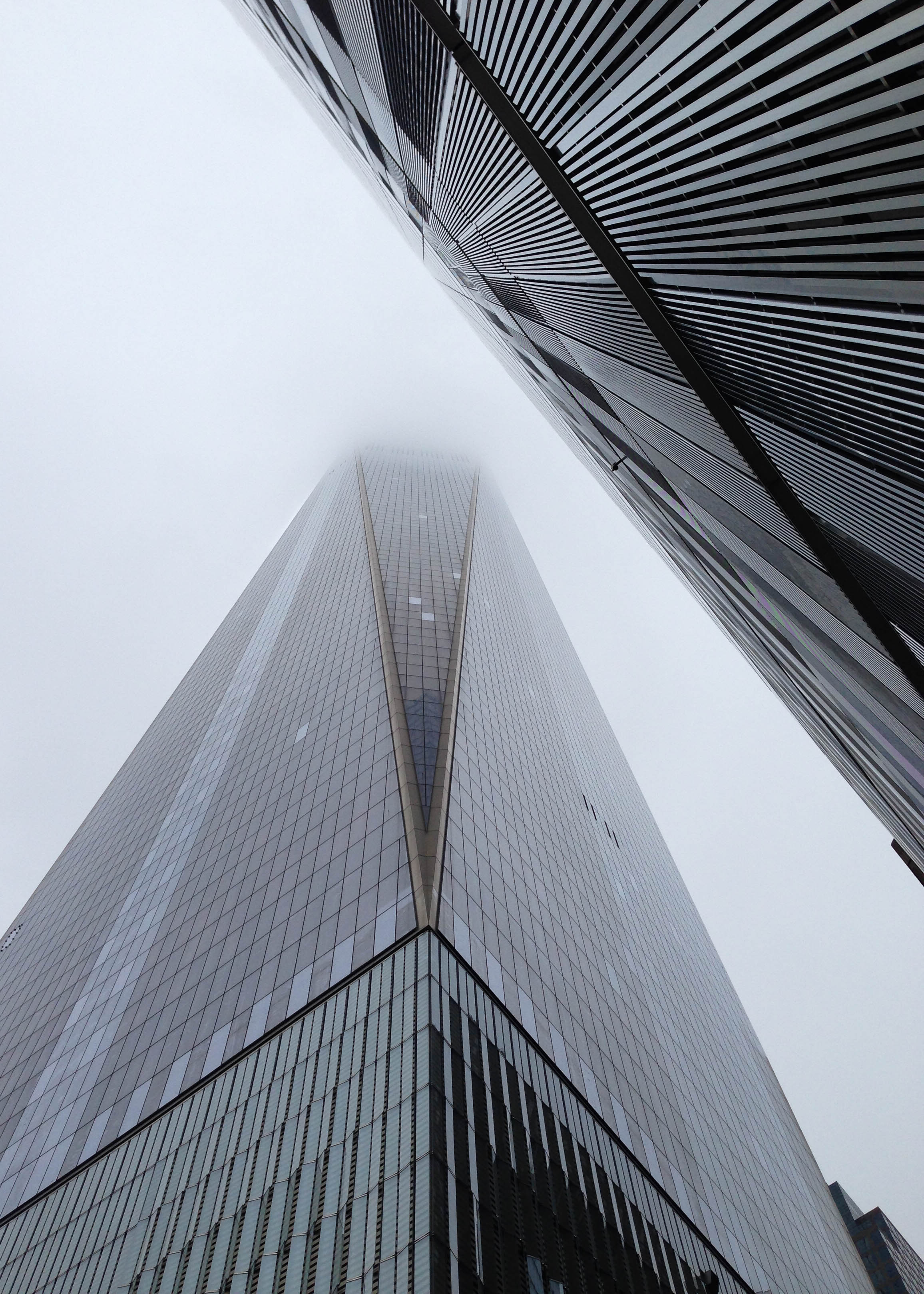 There is a distinct energy about the place – sad, dark, yet oddly peaceful. As I walked around the first memorial pool reading the names engraved on the marble slab banister, I remembered seeing people make pencil rubbings of them on TV once.

The sound of laughter distracted me. When I looked up, I saw two girls taking turns posing for selfies, smiling and giggling.”Niks gewoond nie,” I thought, and left soon after with a bad taste in my mouth.

It was as if uttering the phrase alone was enough to conjure up a South African; he appeared on the subway platform asking for directions and musing to the woman who obliged him how New York reminded him of Johannesburg. I smiled at the thought.

When I emerged above ground again, I was in Brooklyn. I took a stroll down to the park and marvelled at the view. It was a cloudy, grey day, but the skyline of Manhattan was still something to behold.

The walk eventually led me to Dumbo, a small neighbourhood which, I later learned, coined its name from being Down Under the Manhattan Bridge Overpass. It’s streets are a mix of graffiti, artisan cafés and trinket shops, and its populace is just as eclectic.

I explored until my phone battery sulked to 1% and then disappeared underground to find my way home.