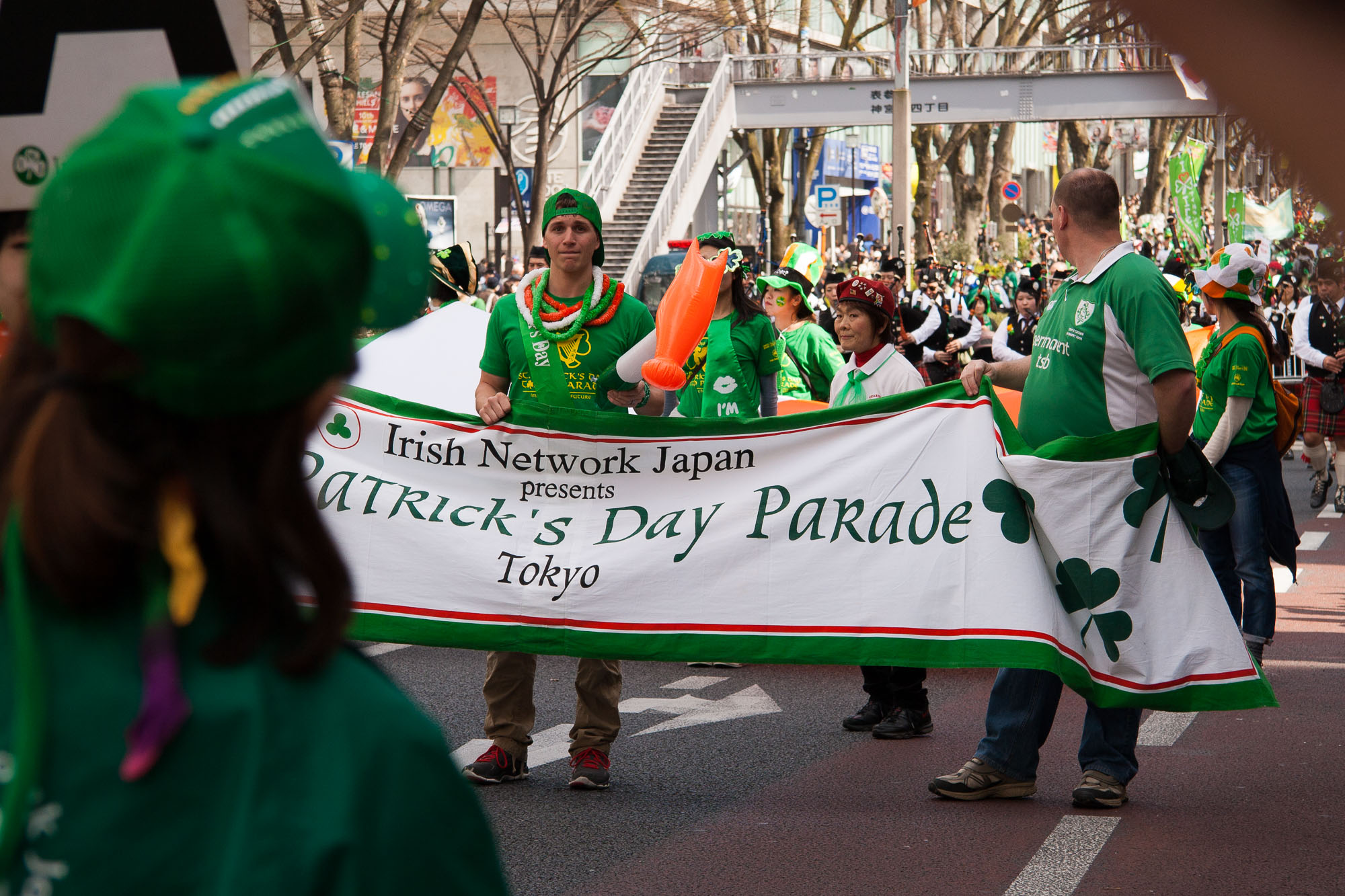 “I’m pretty sure it will come down this way,” I said to Ian. We’d been waiting on the curb of the tree-lined avenue that runs from Meiji Shrine up to Omotesando.
“That guy asked the official standing over there and I’m pretty sure she said it will come down this way.”
I heard a voice to my right.
“Do you know if it’s coming down this way?”
I turned to find a brunette standing next to me with a blonde guy by her side.
“Yeah, I’m pretty sure it is,” I said.
“I’m Maria, by the way, and this is Chris.”
“Where are you guys from?”
“We work in Denmark.”
“But I’m Irish,” Chris smiled.
And so there we were – a South African, American, Venezuelan and Irishman – celebrating St Patrick’s Day in Japan. 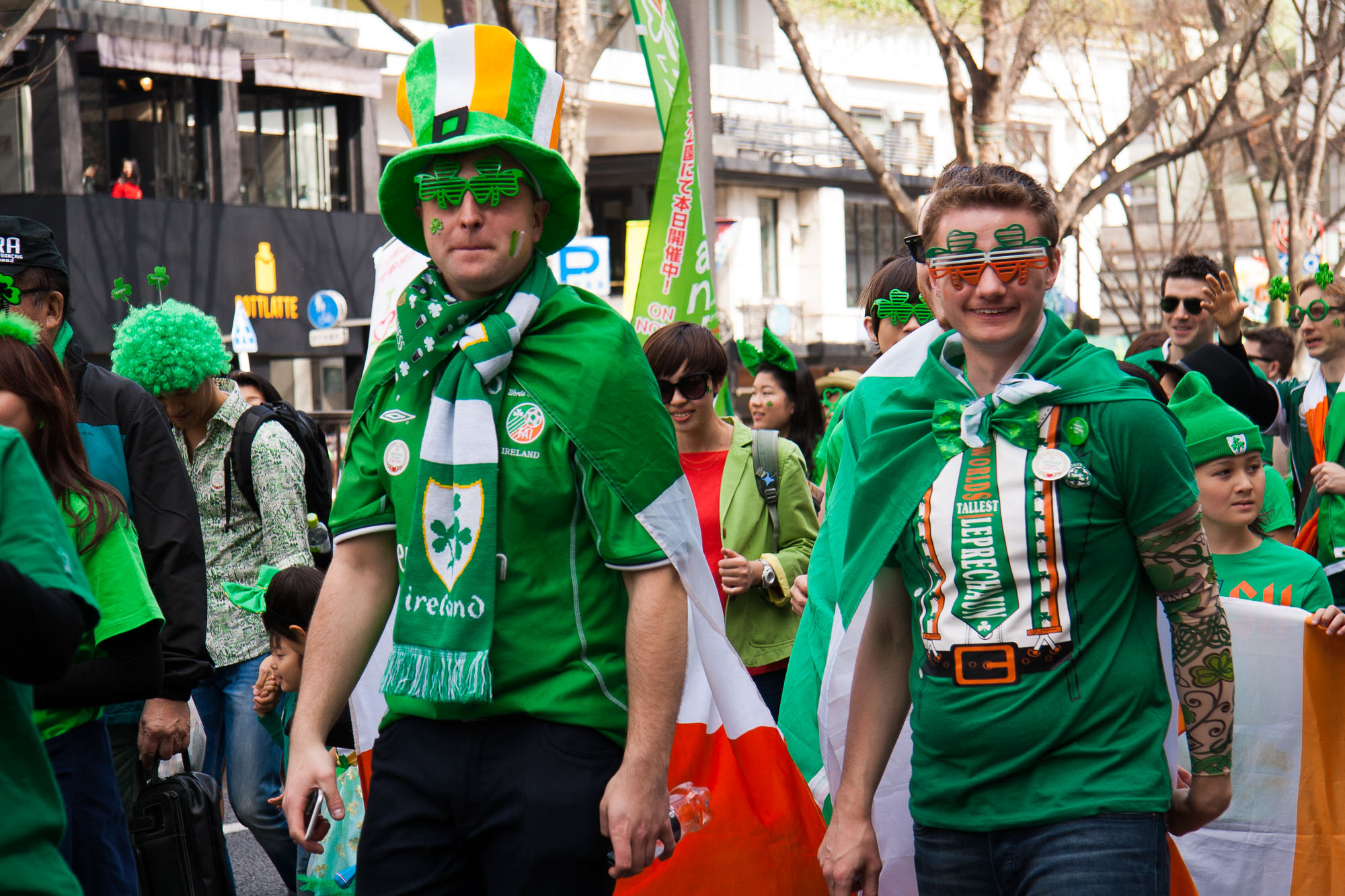 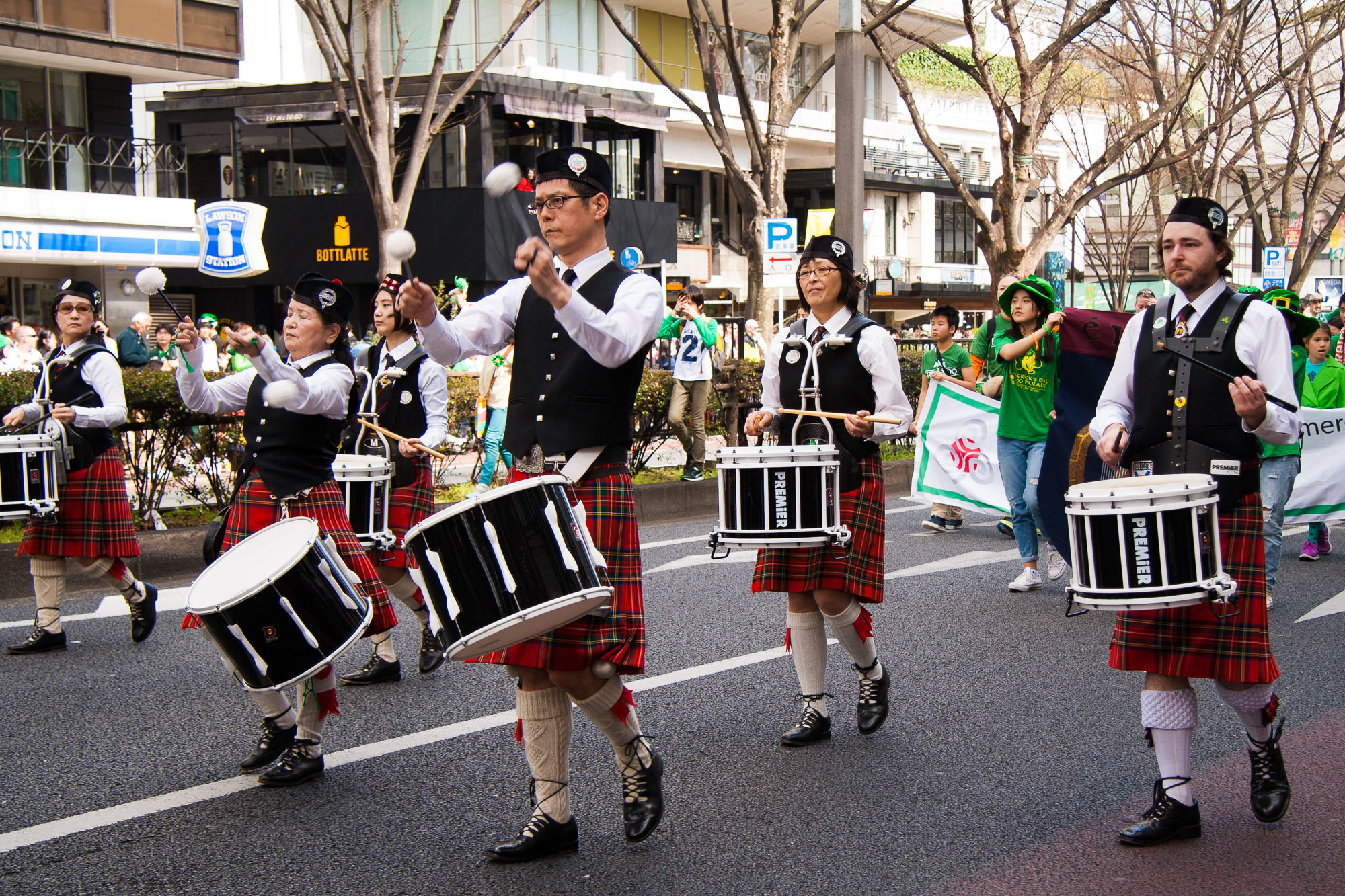 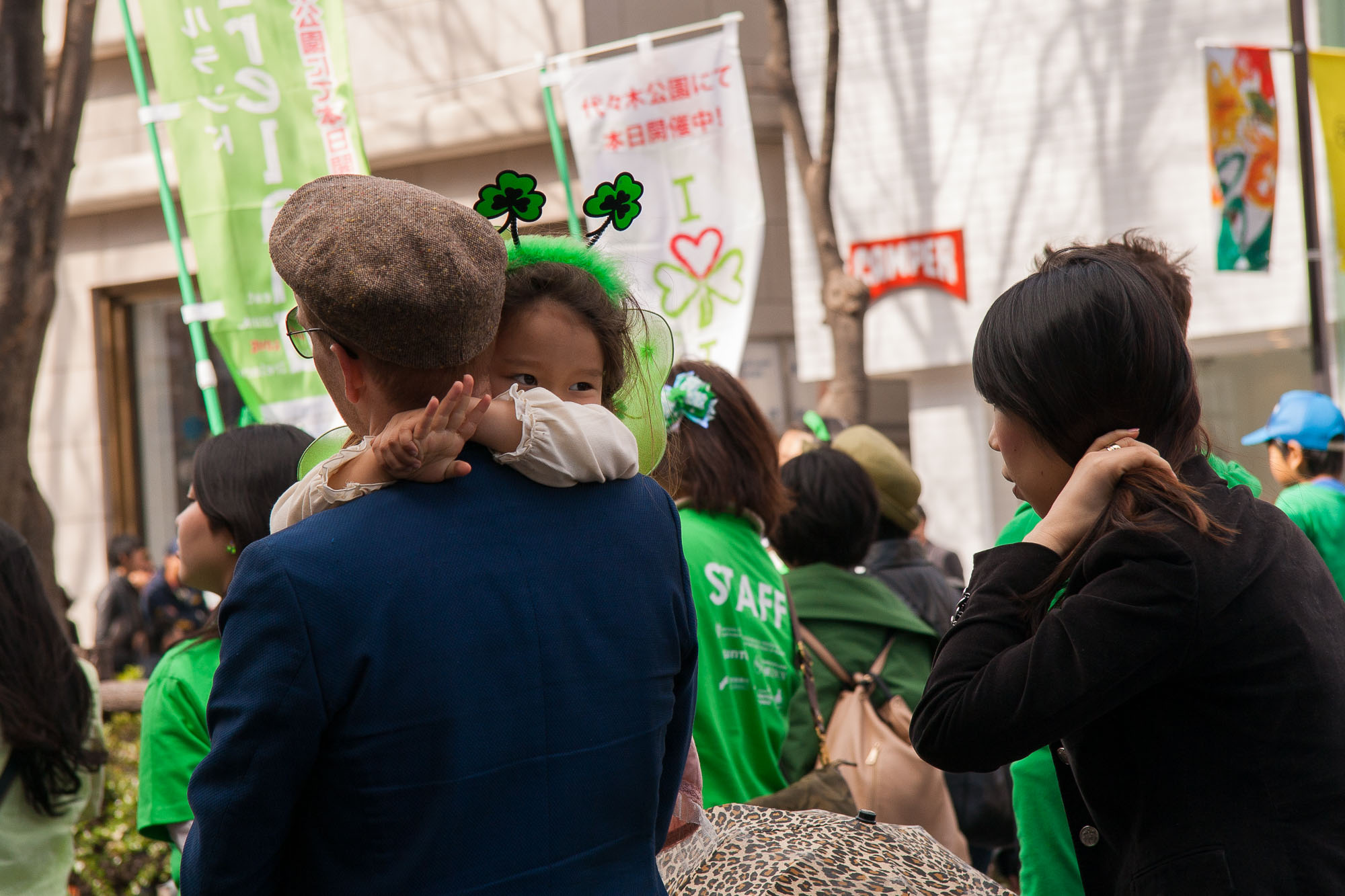 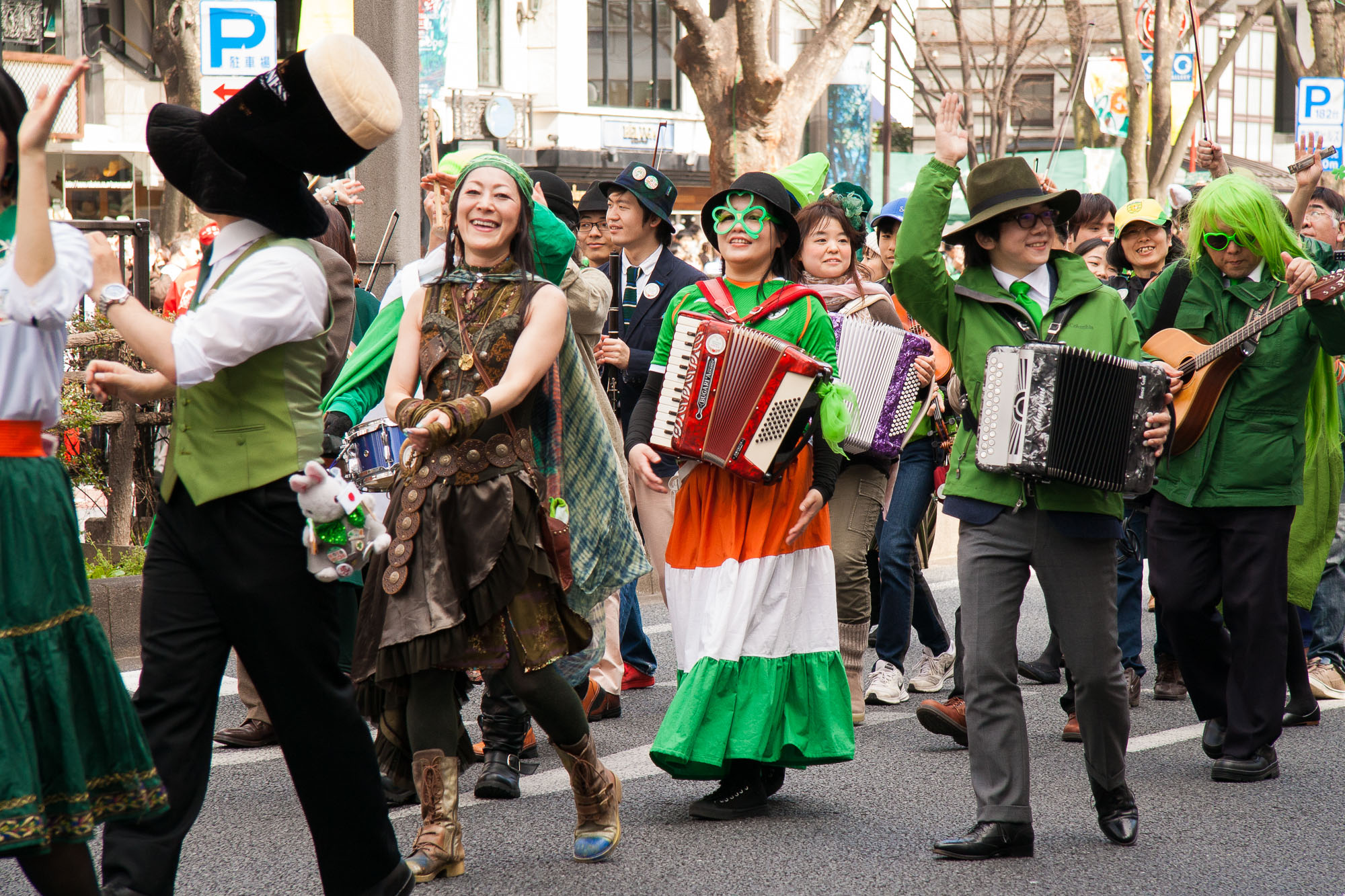 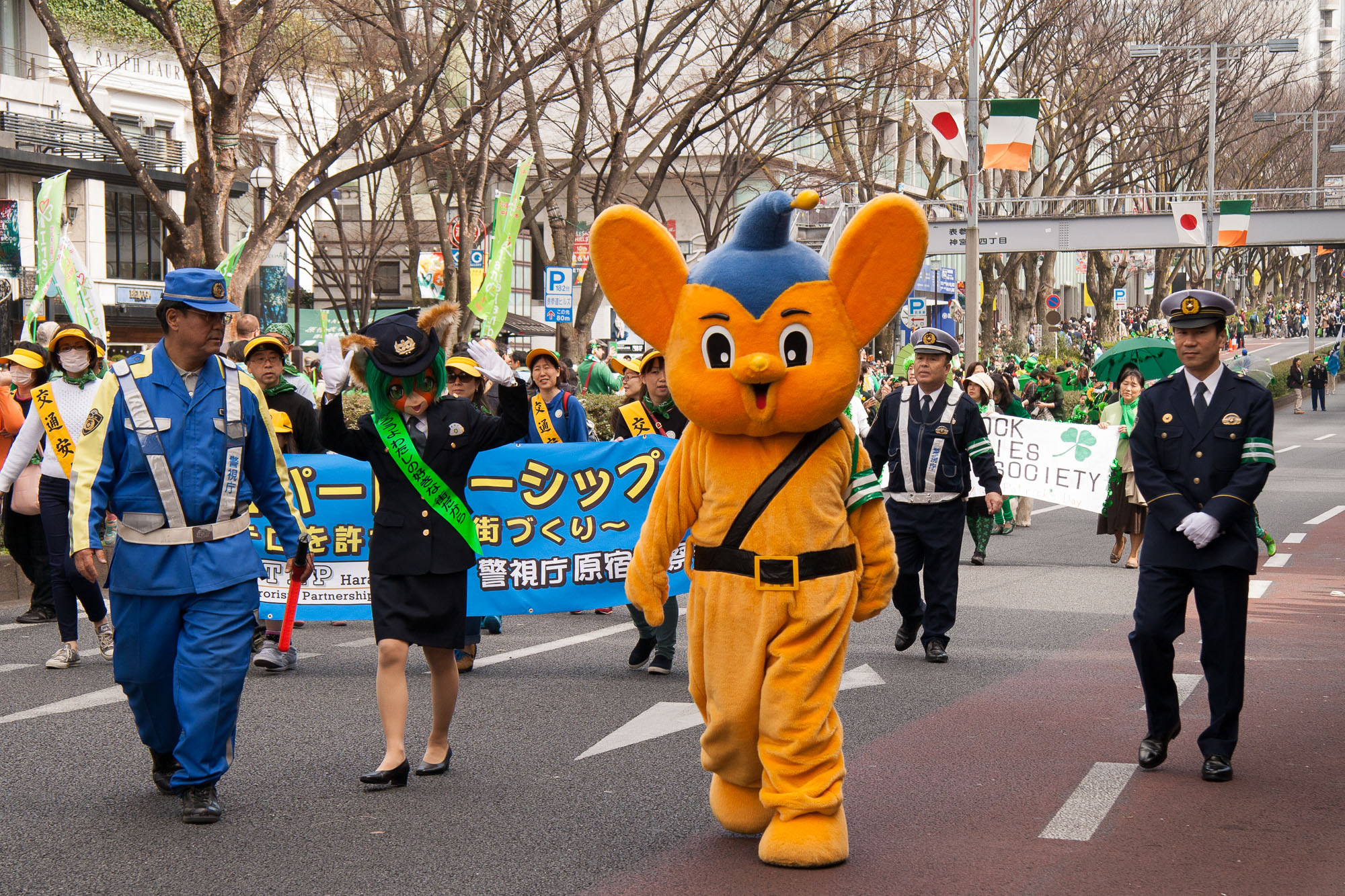 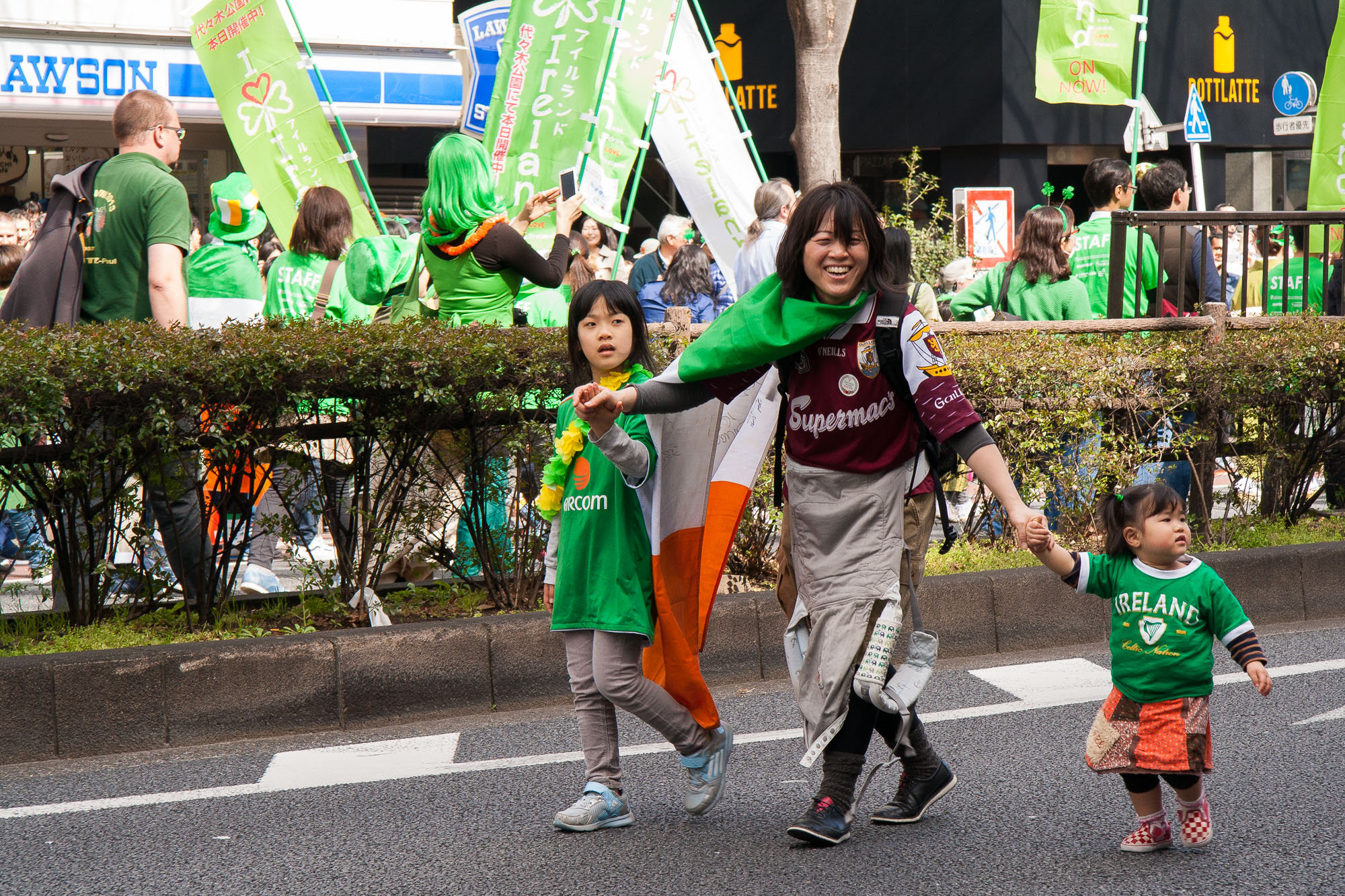 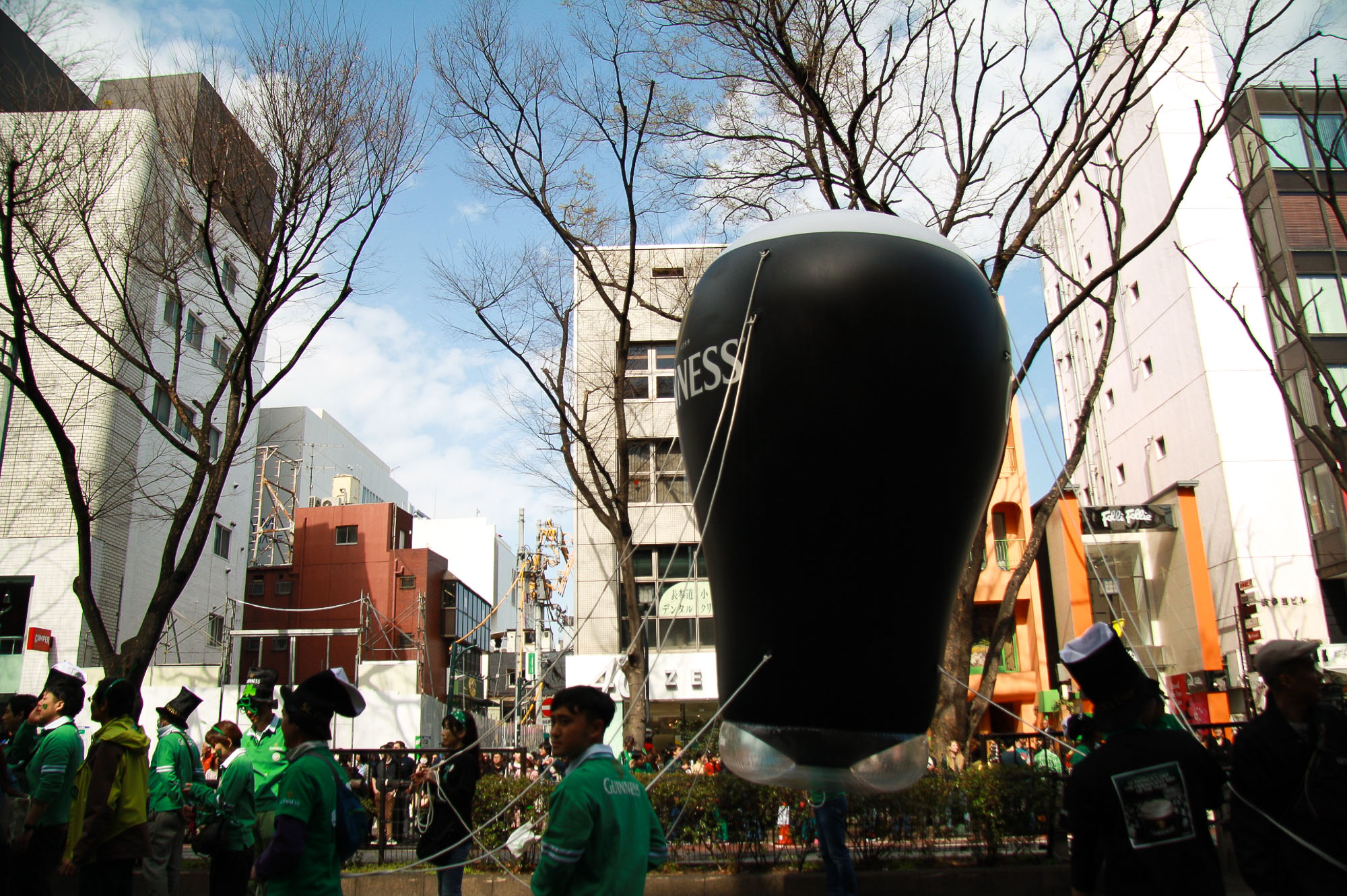 The Tokyo St Patrick’s Day Parade is an annual event organised by Irish Network Japan, a non-profit that promotes cultural exchange between Ireland and Japan. Last year, up to 30, 000 people showed up in Harajuku to support their efforts.

This year looked to be no different; the sidewalks, decorated with flags and packed with spectators, were a sea of green. The mix of Japanese, foreign residents and tourists rang true the old adage: on St Paddy’s, everyone is Irish.

Led by Saint Patrick himself, the parade began to make its way up the left side of Ometesando-dori, before turning at the top and coming back down the right.  Where we stood was a front row seat to the marching bands, Irish dancers, Guinness floats and leprechauns entertaining the crowd. 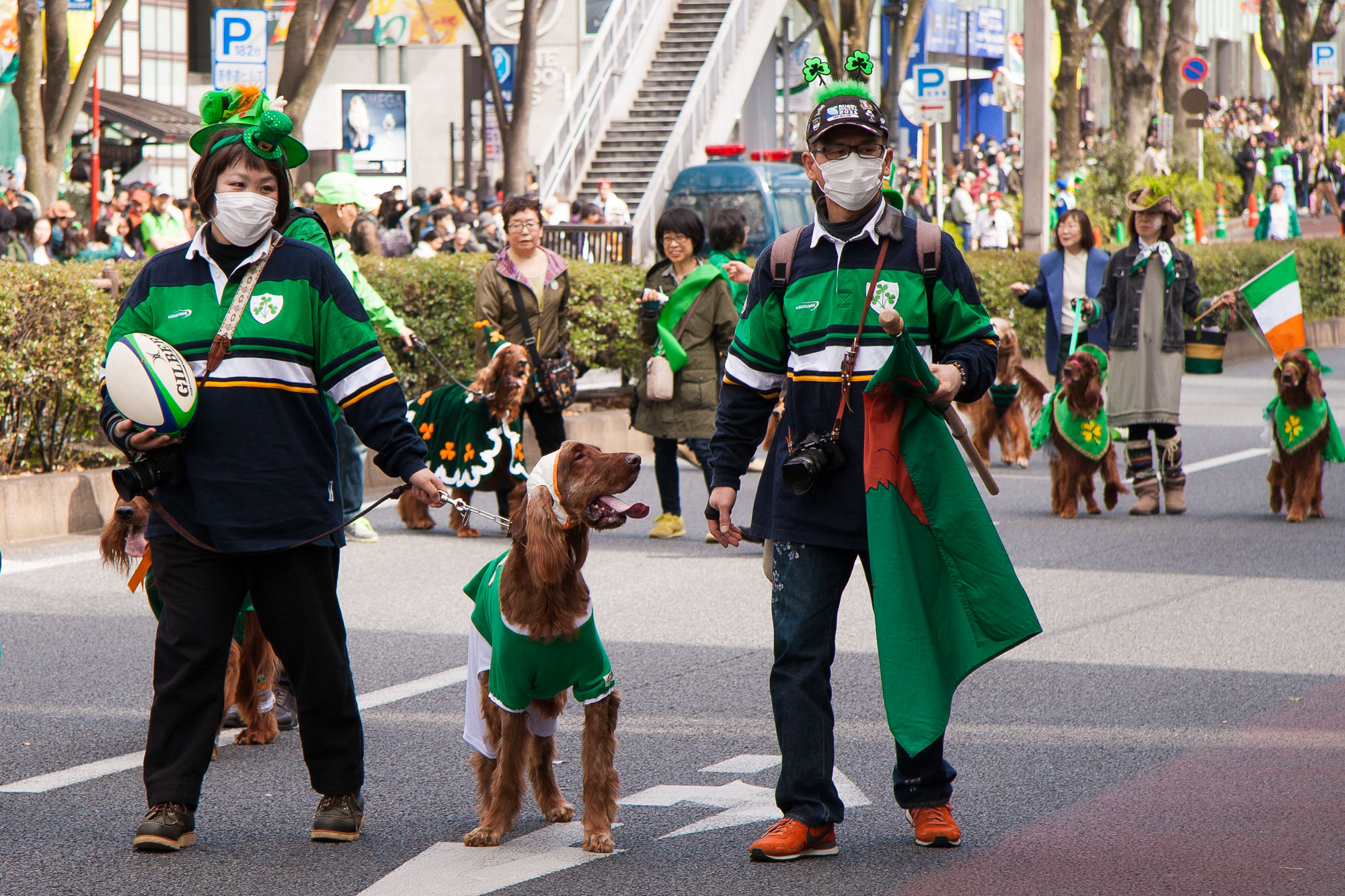 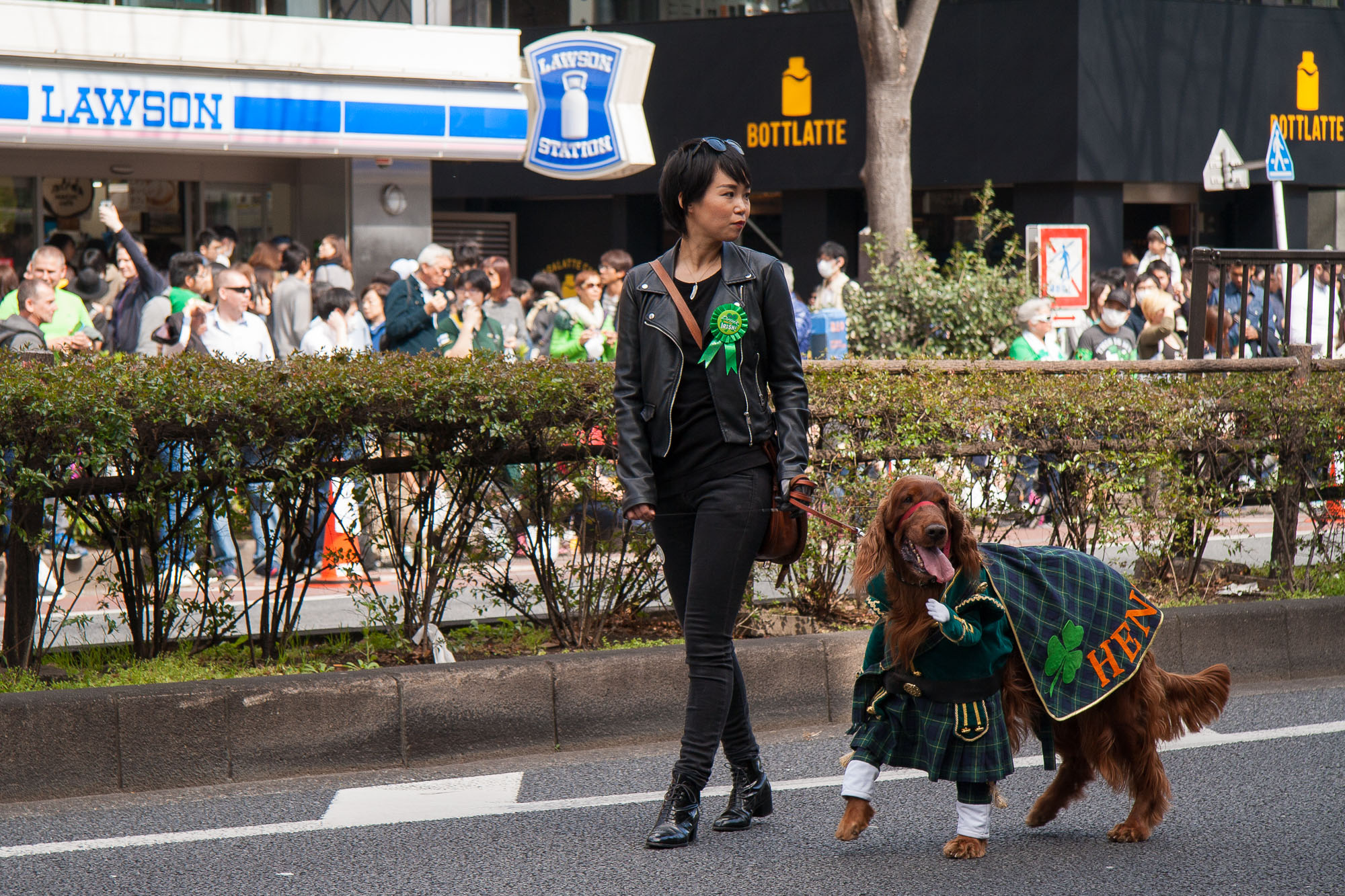 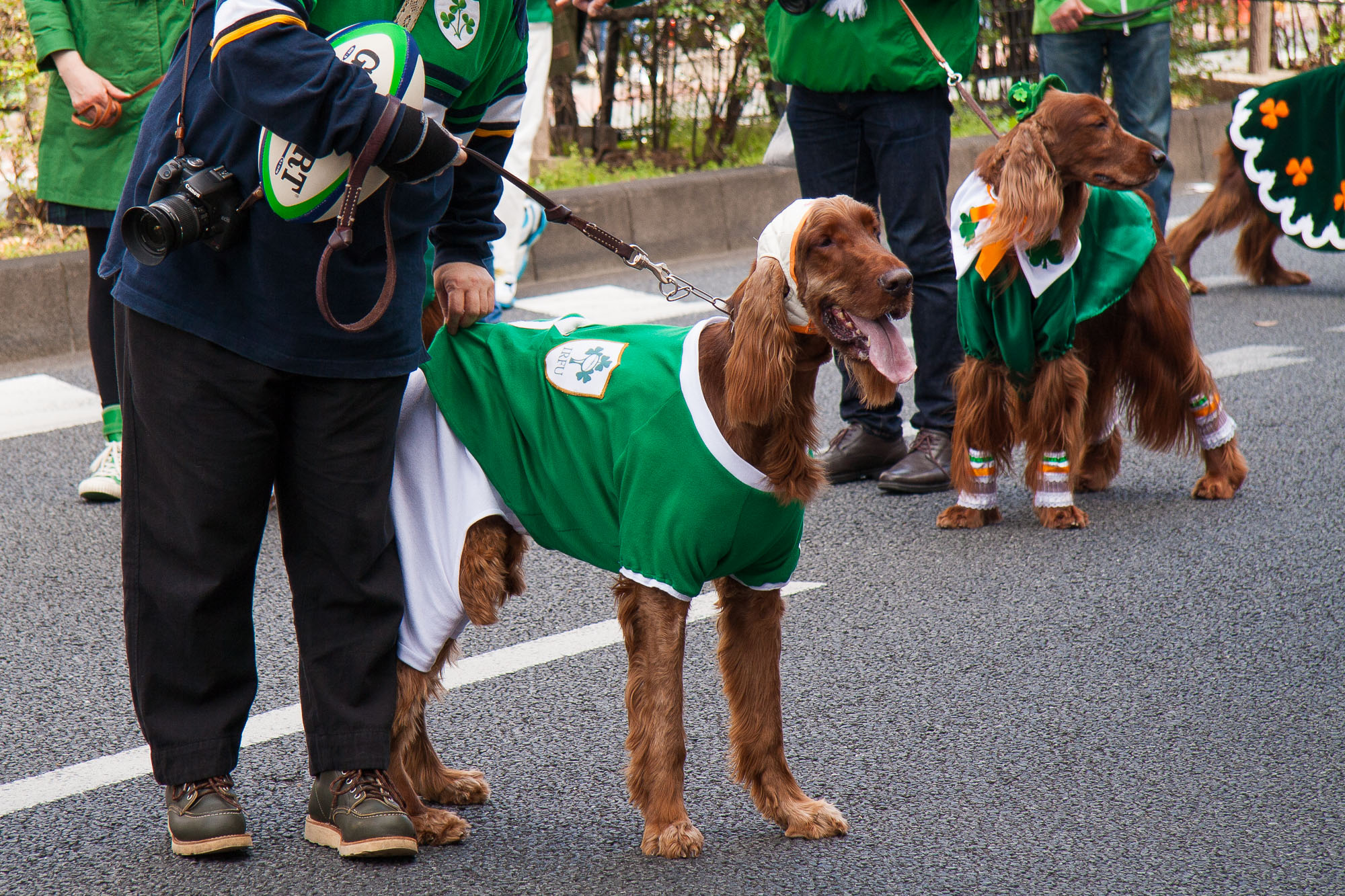 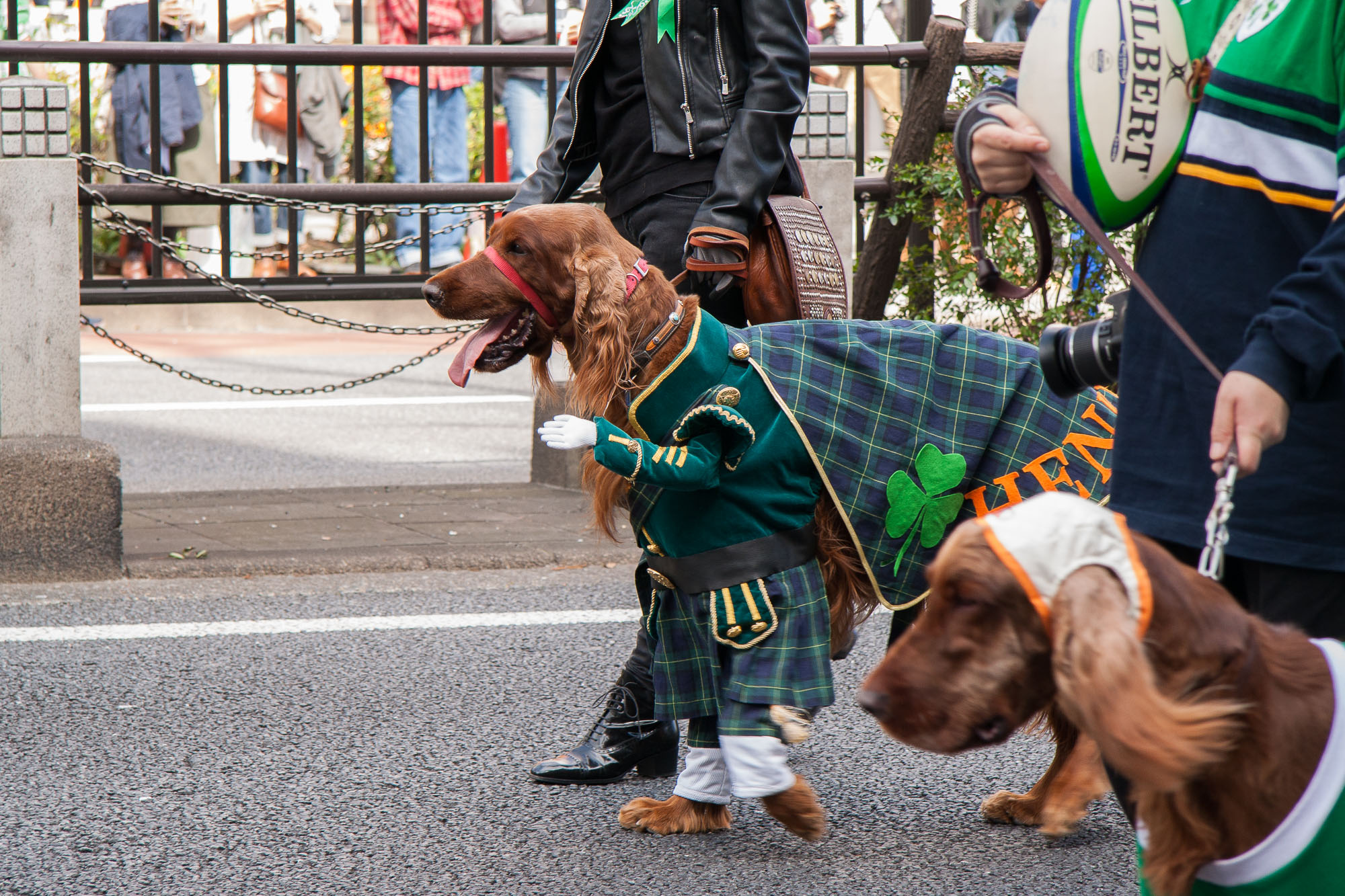 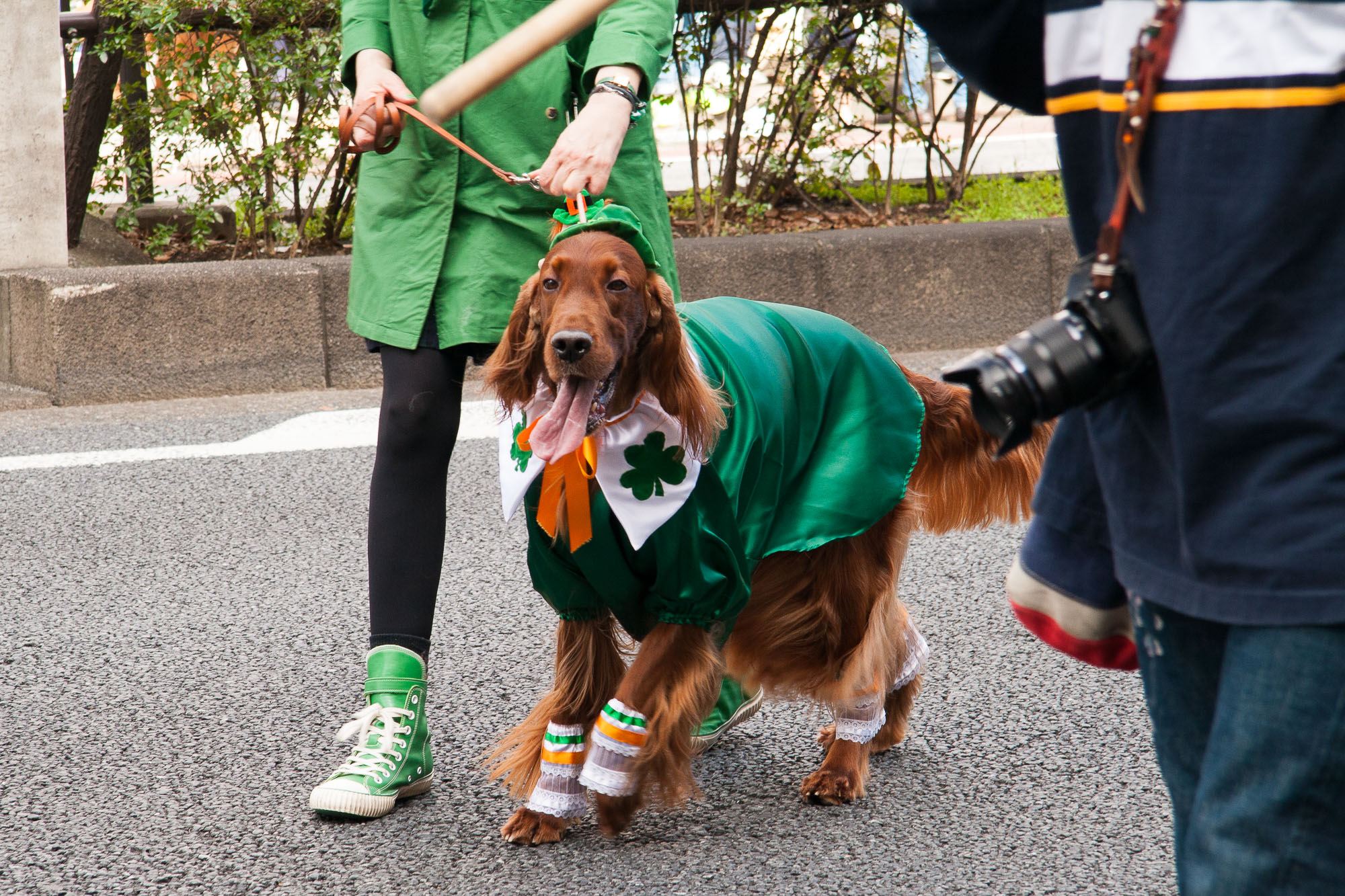 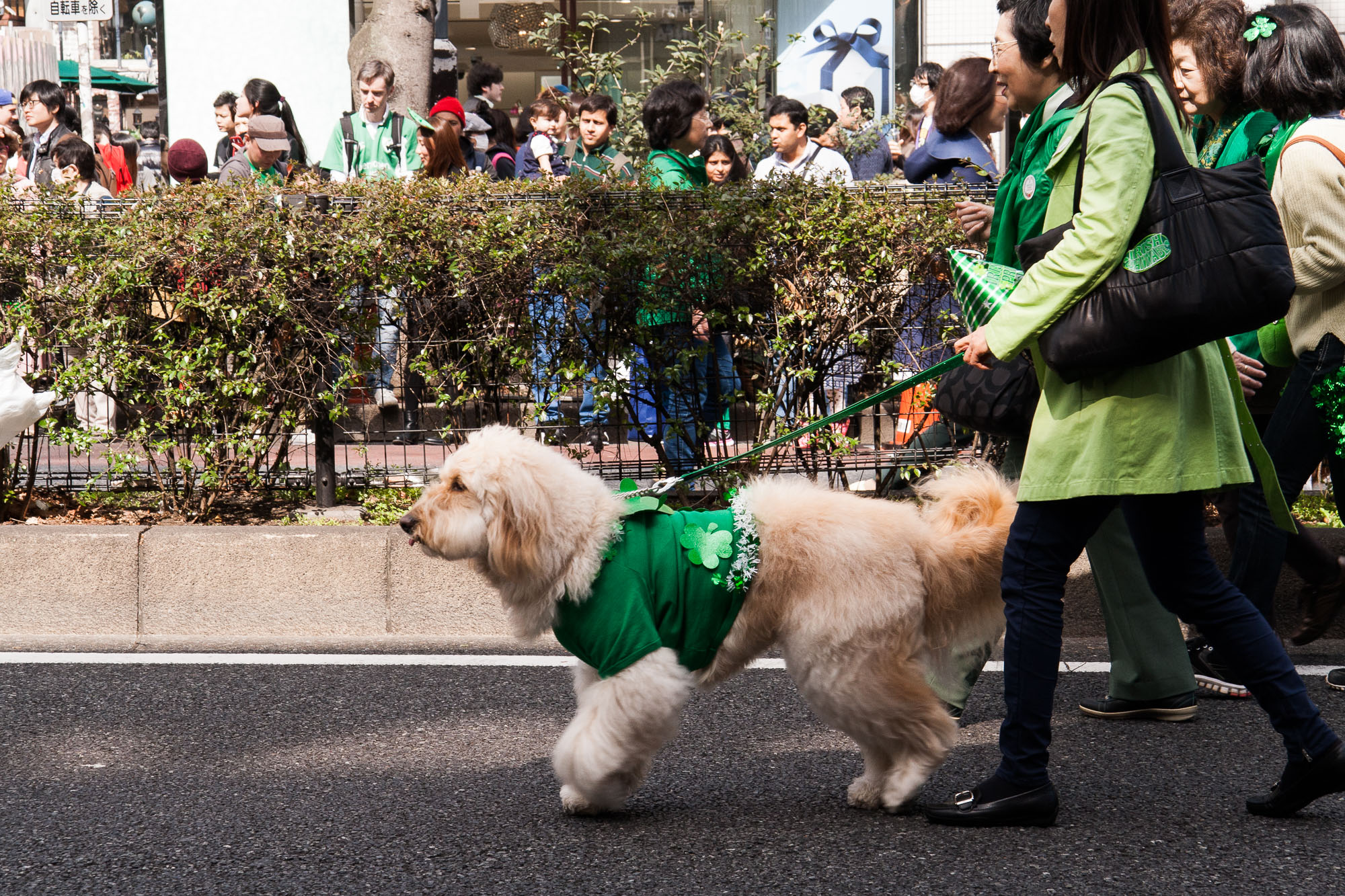 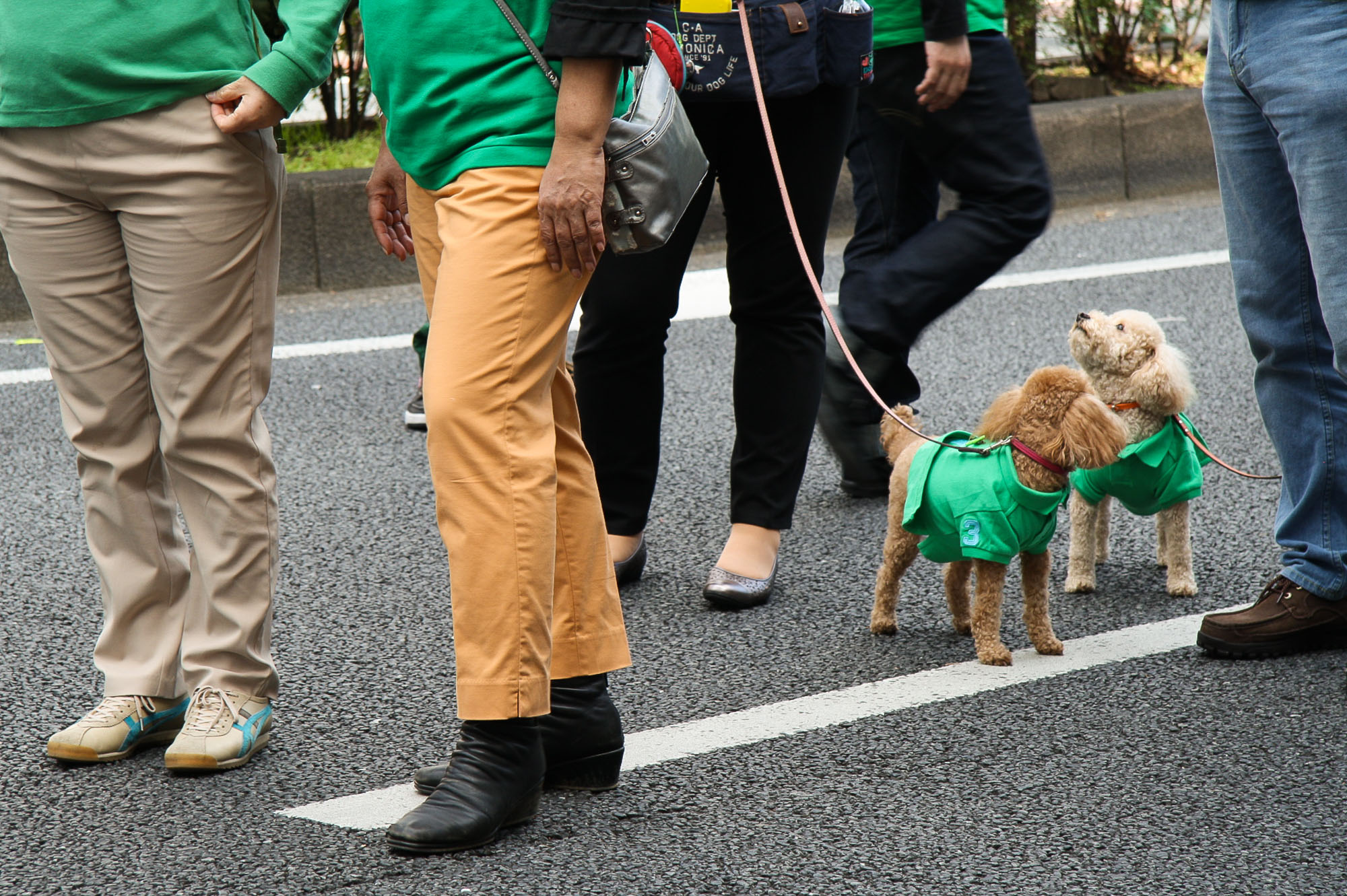 When a pack of Irish setters came trotting past dressed up in kilts, I almost lost my pot of gold – it was just too good.

We’d heard about the parade in passing from a friend, and I just figured it would be a couple of people dressed up in green. At most, something to check out on the way to Forever 21. I mean, how big could Saint Paddy’s day be in Tokyo, right?

Big enough to attract over 2,000 volunteers, as it turns out, which is almost as many as there are Irish living in Japan. The parade is the biggest event of its kind in Asia. 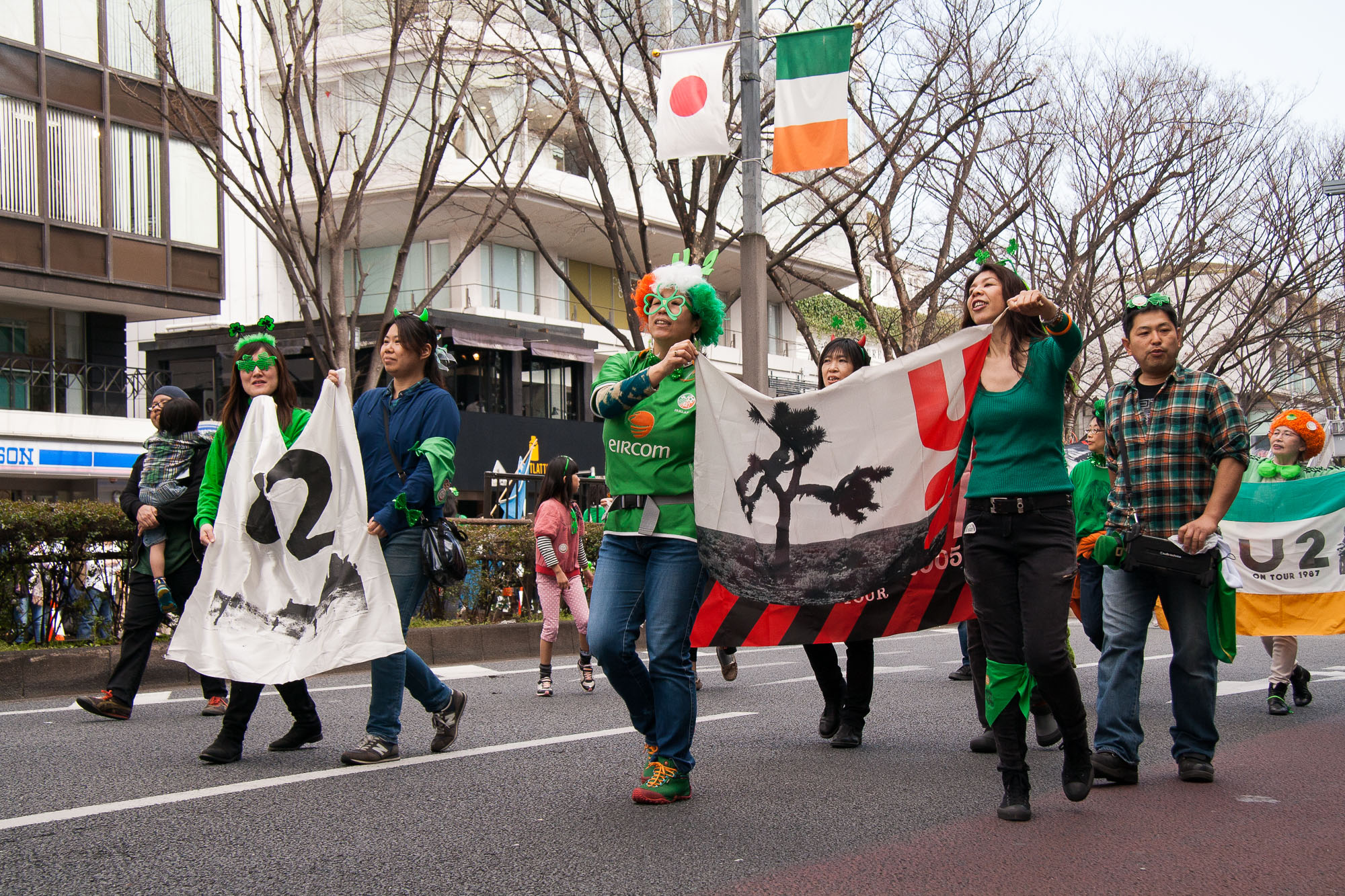 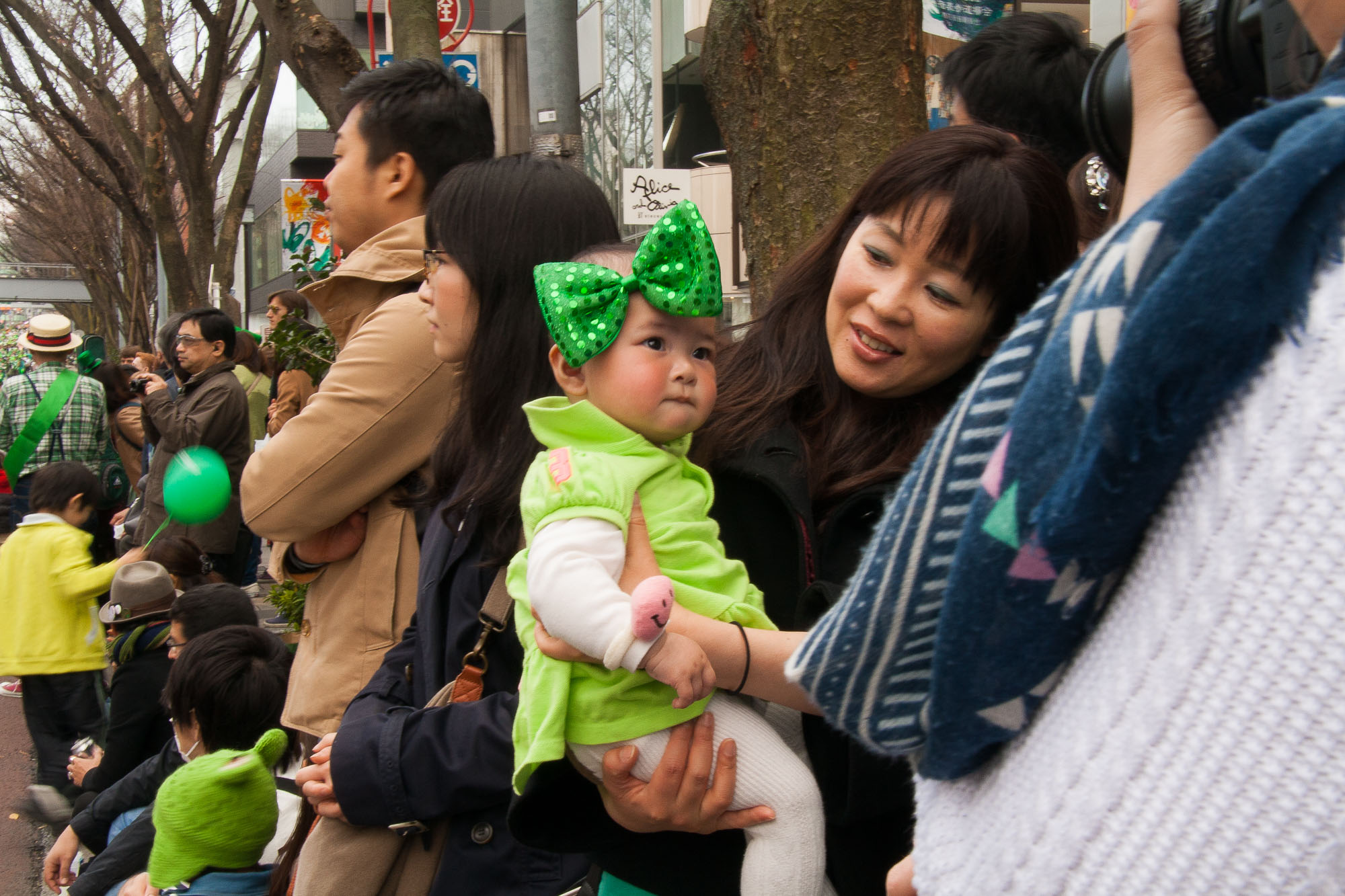 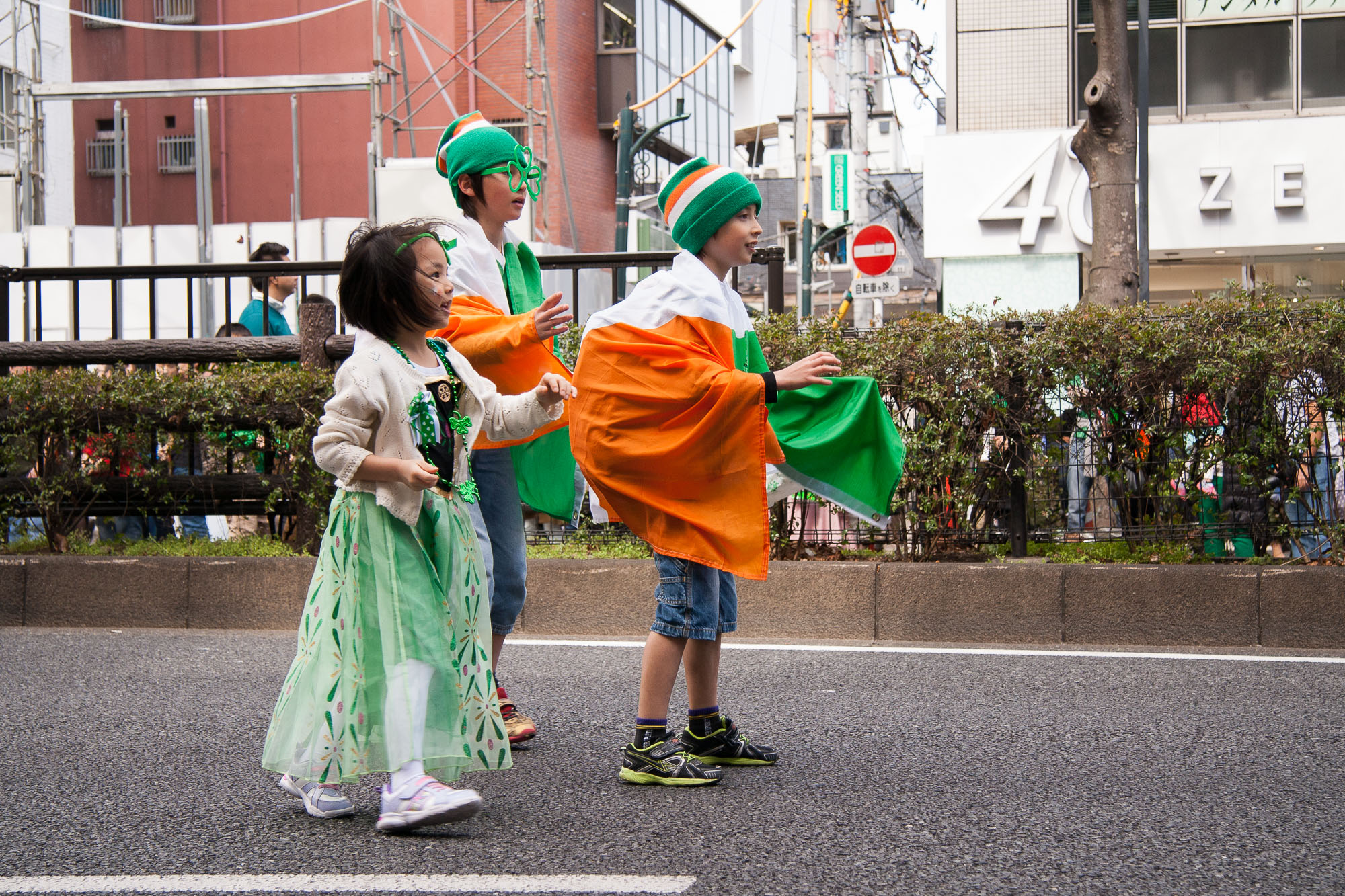 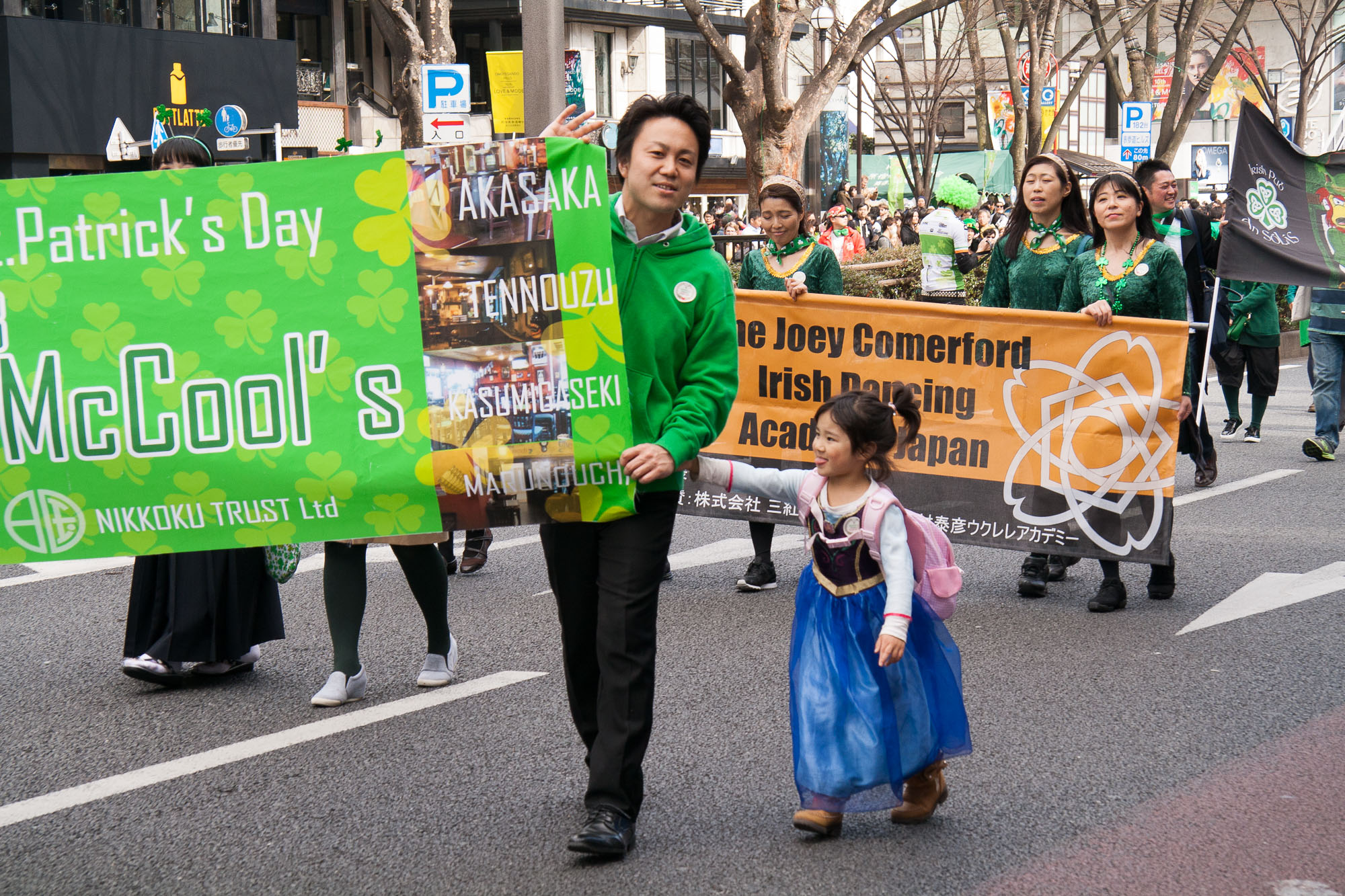 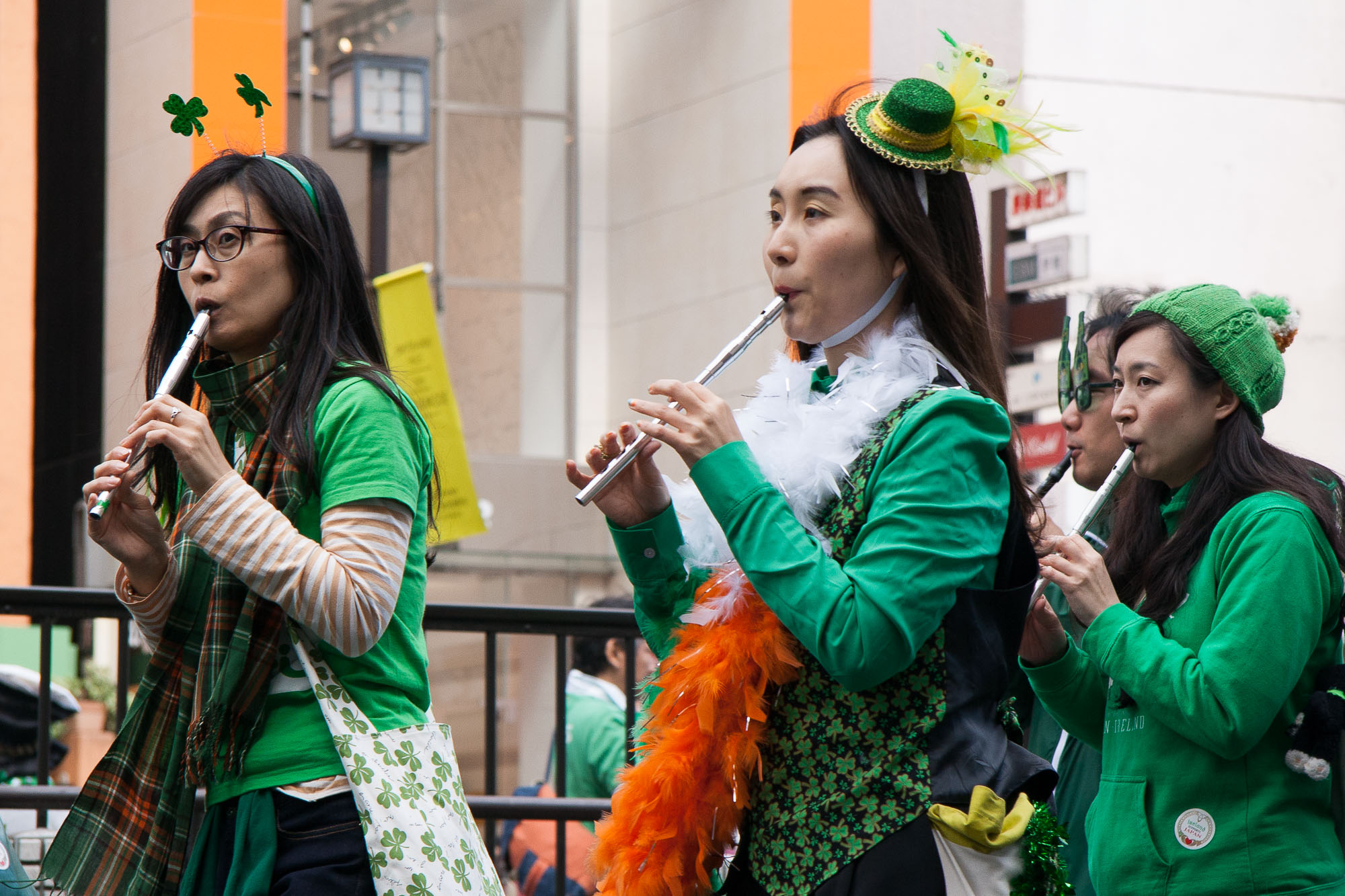 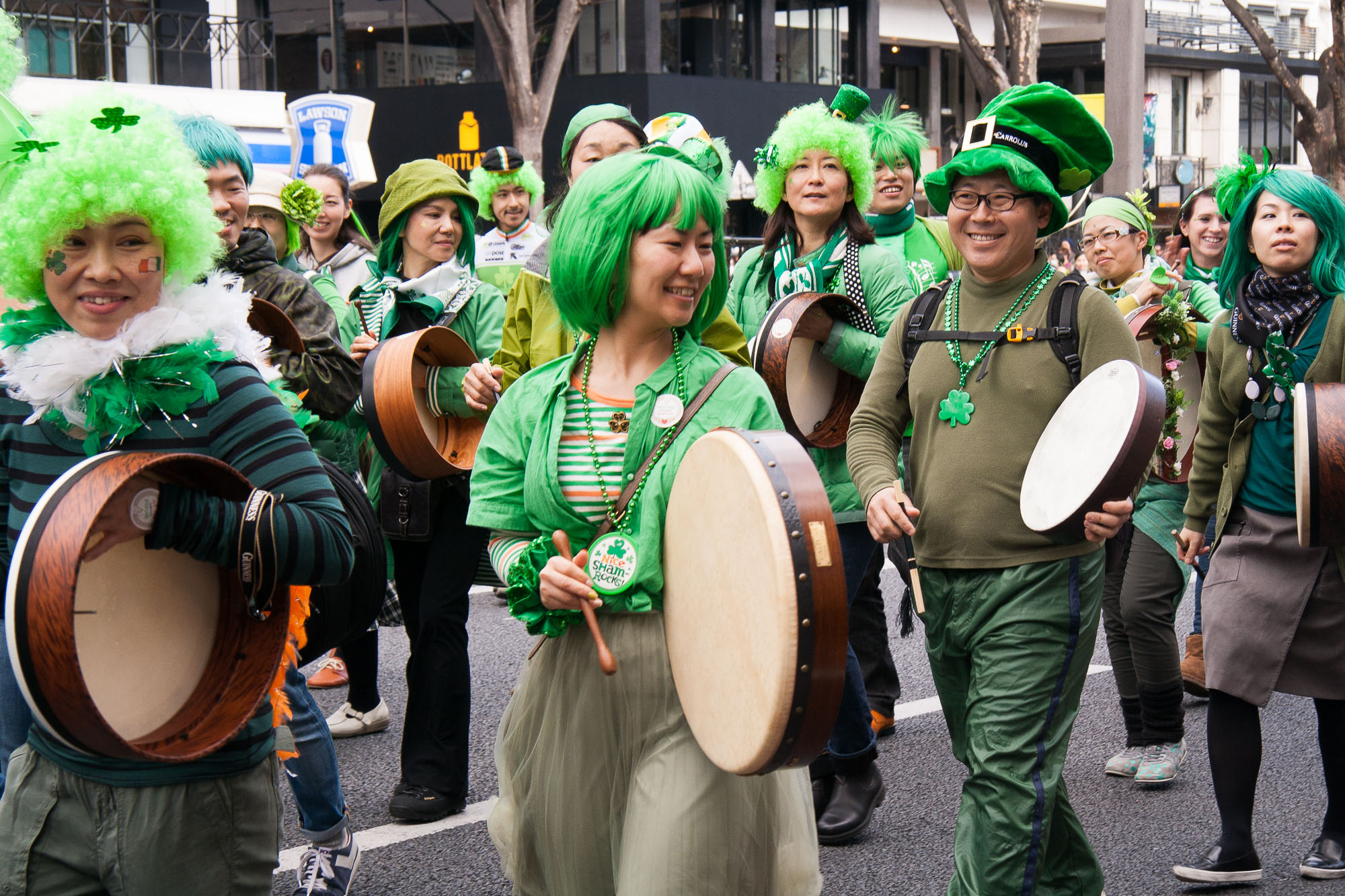 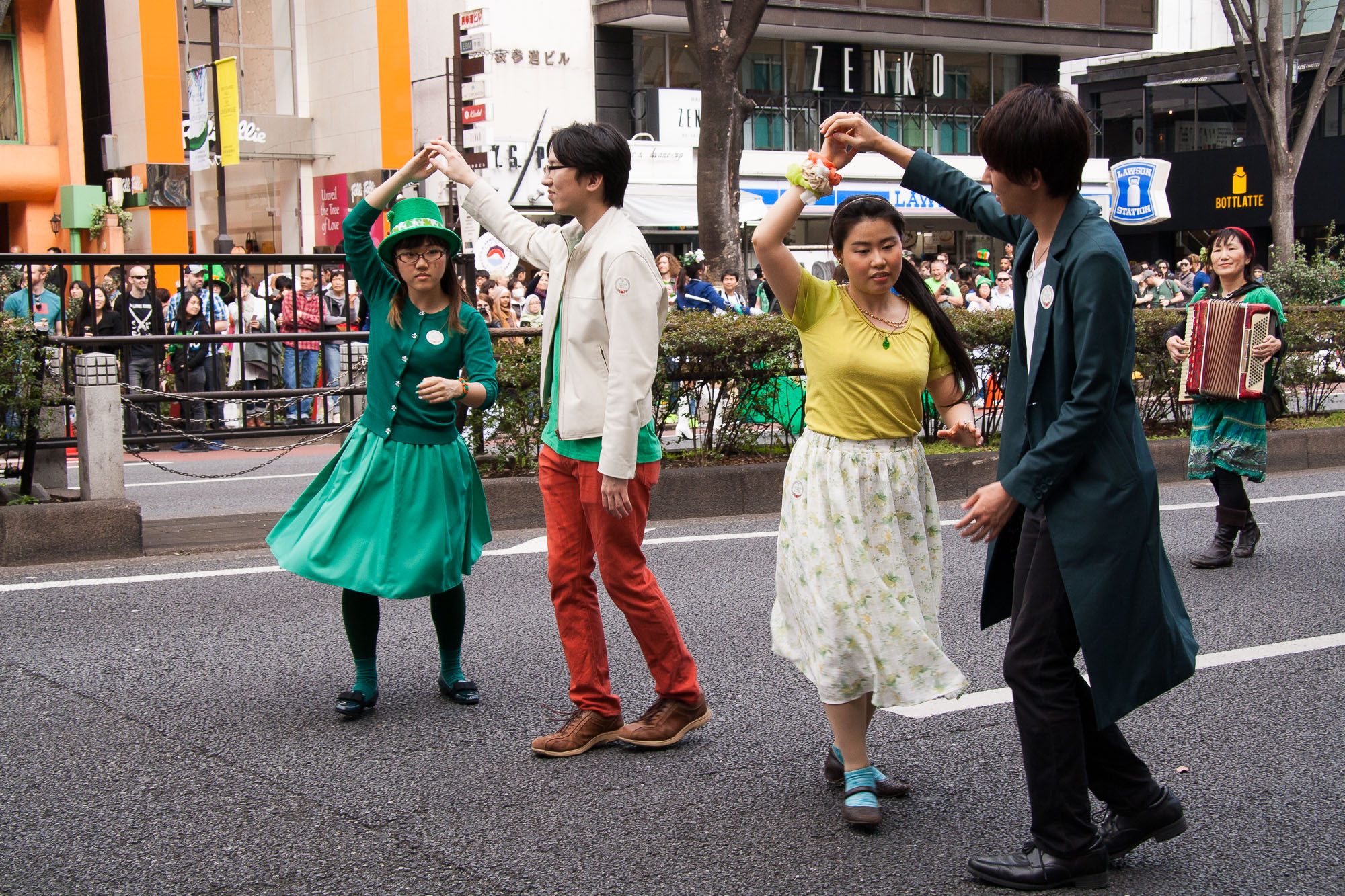 In true Japan style, the parade has evolved into an eclectic mix of both Irish and Japanese culture, with some American and British thrown in as well. Foreign dignitaries, the Tokyo Police and even the US Army Japan Band showed their support.

The parade runs concurrently with the nearby I Love Ireland festival in Yoyogi Park. Food stalls serve fish and chips, steamed oysters, sausages and stout, and there are several traditional Irish music and dance performance put on throughout the day.

Westerners are quick to fetishize its outlandish fashion and novelty stores, and locals often dismiss it as a place strictly for the youth, but there’s no doubt that Harajuku is the pop culture hub of Japan.

The clash of kawaia with high-end and hipster gives the area its true character, one that’s far richer than its reputation might suggest. You just never know what you’ll find down one of its streets: a café full of vintage toys, an old man pushing a stroller of cats, or a giant St Patrick’s Day parade. 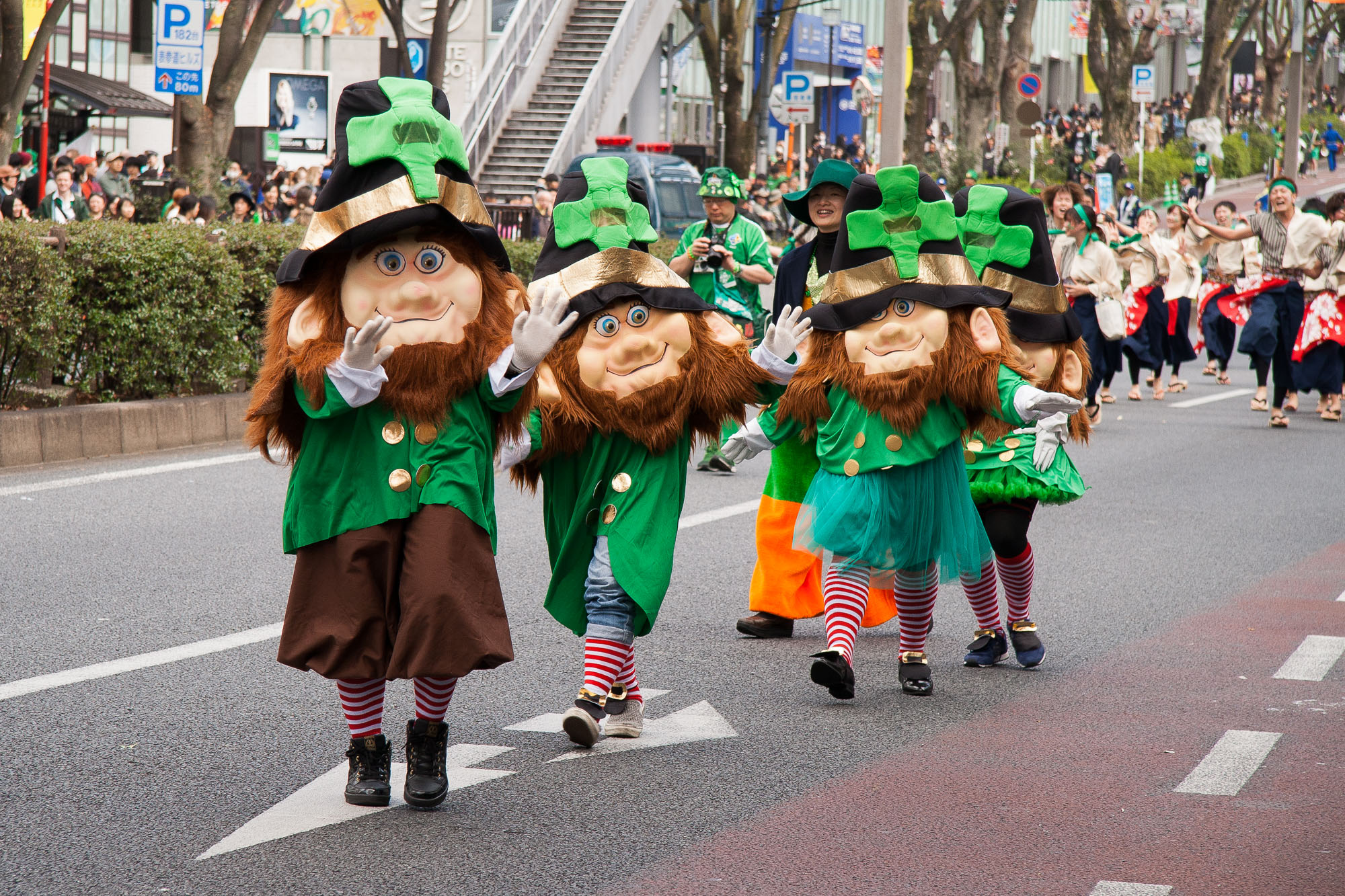 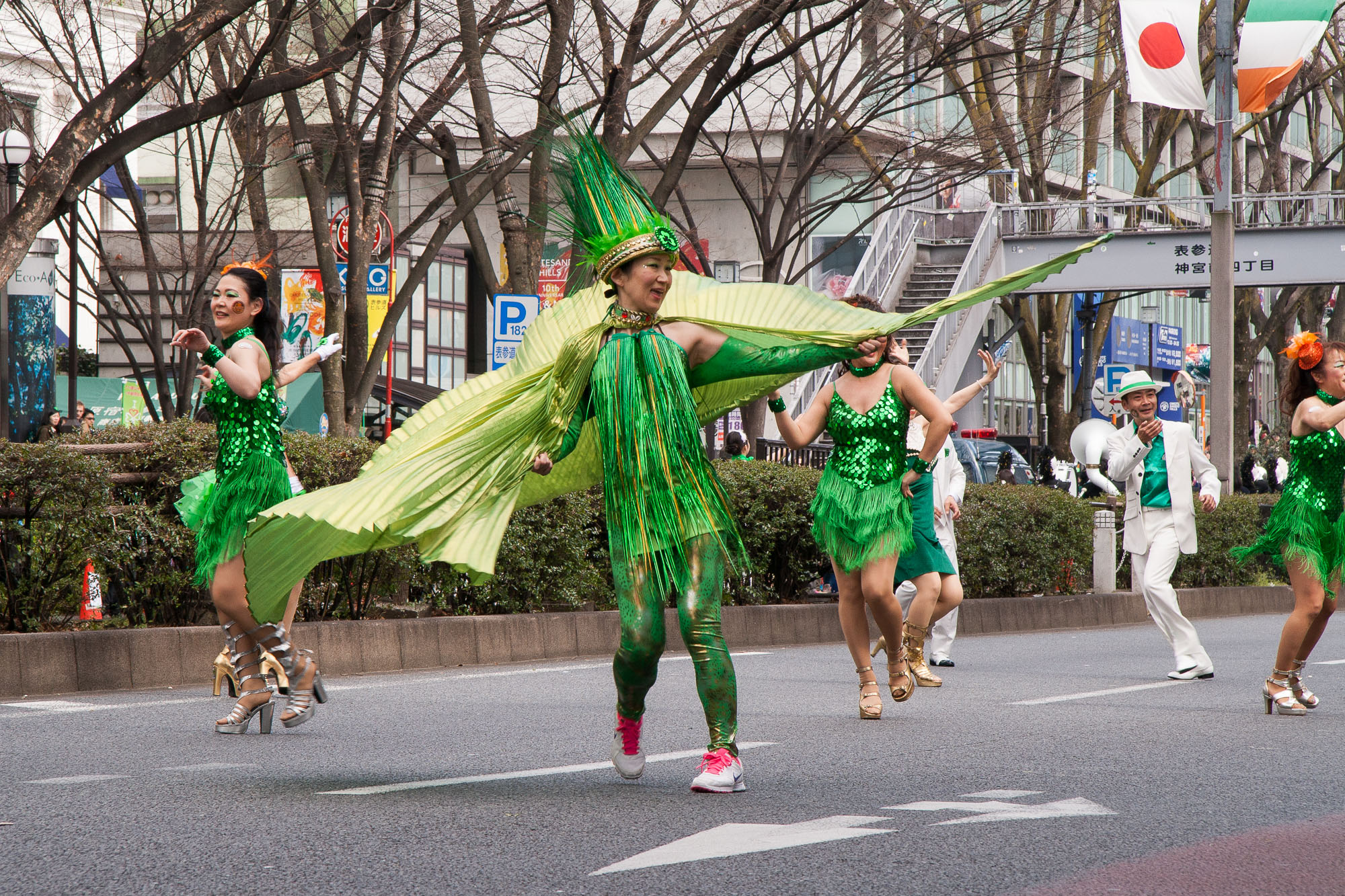 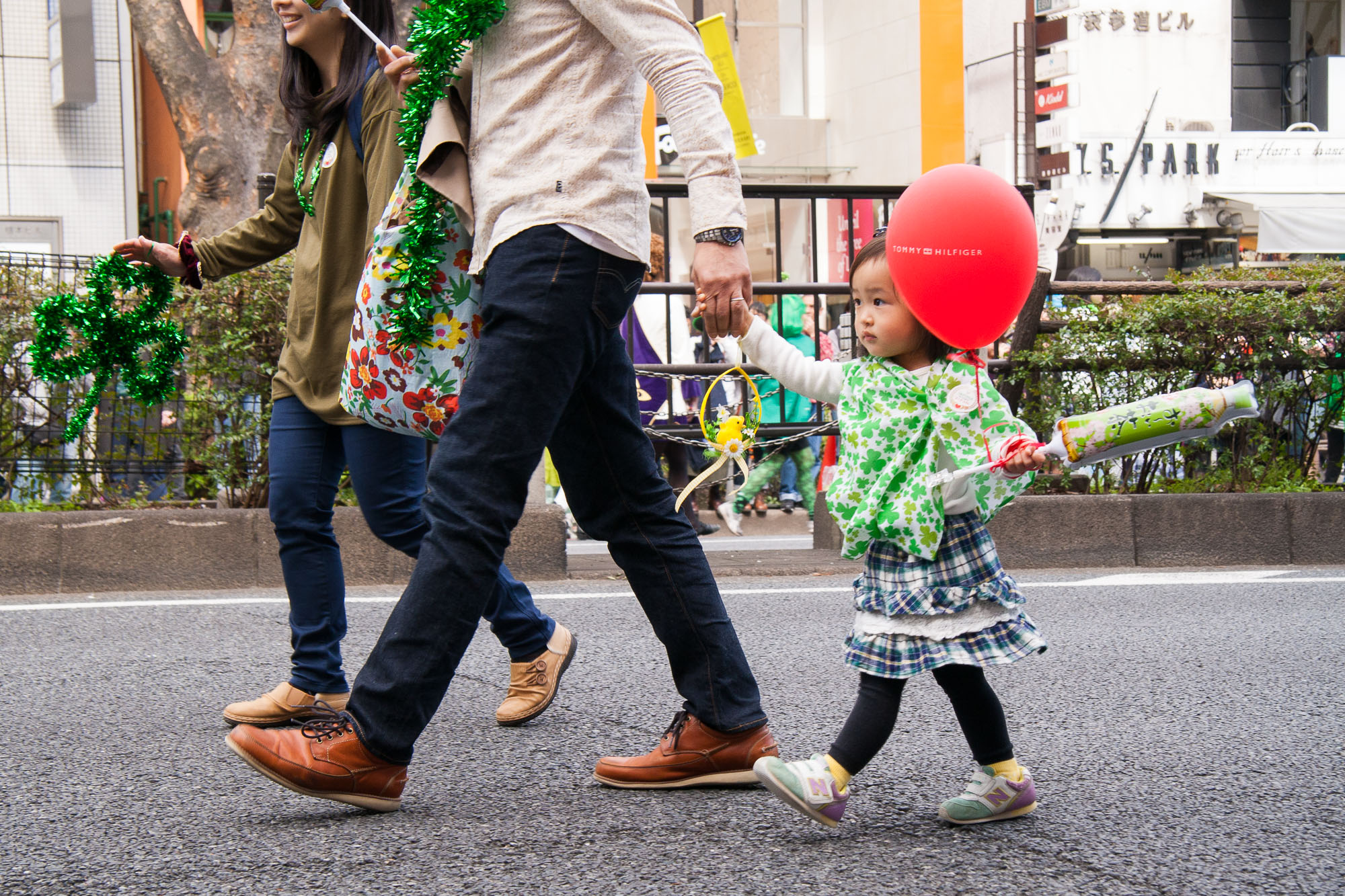 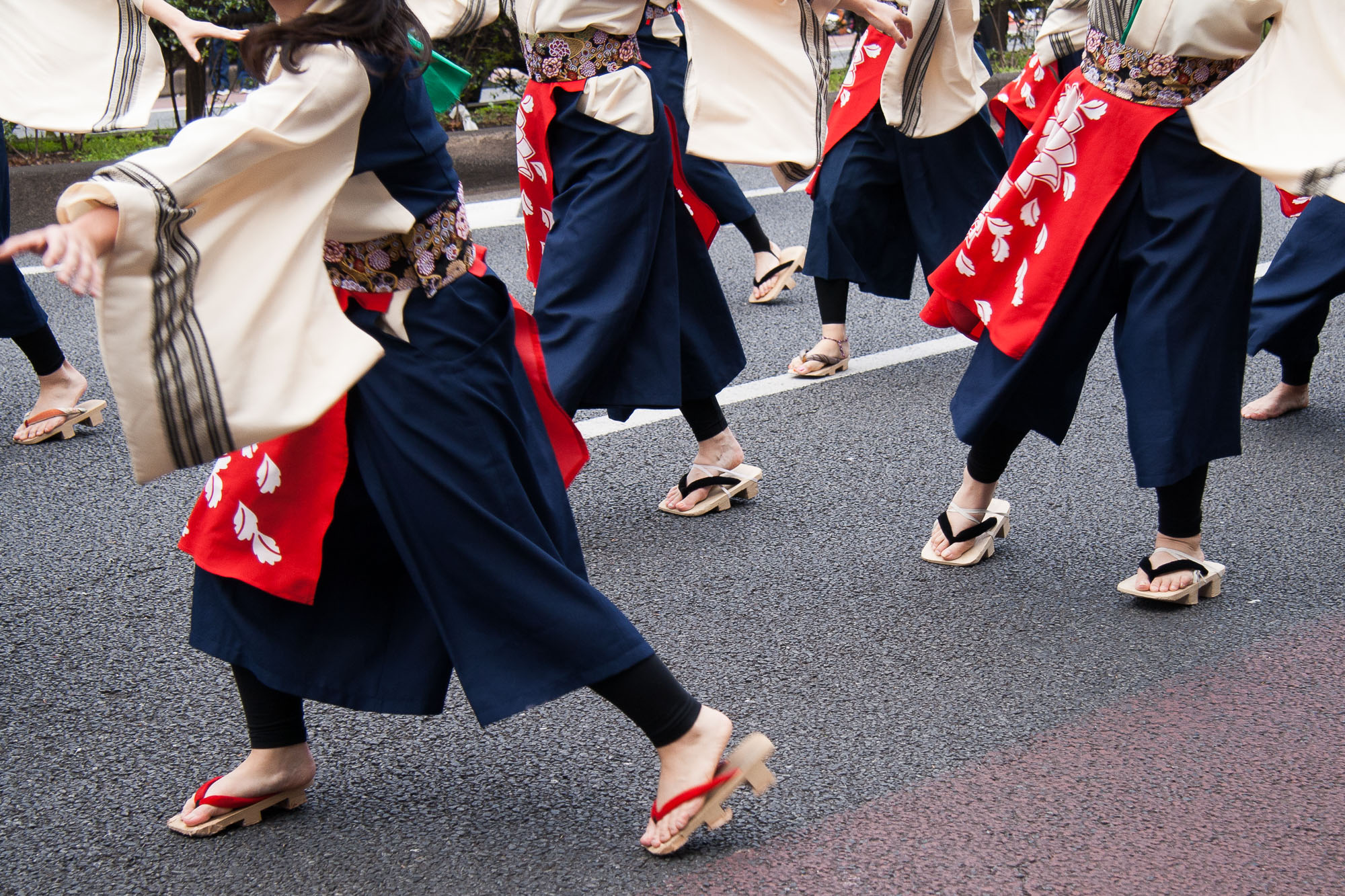 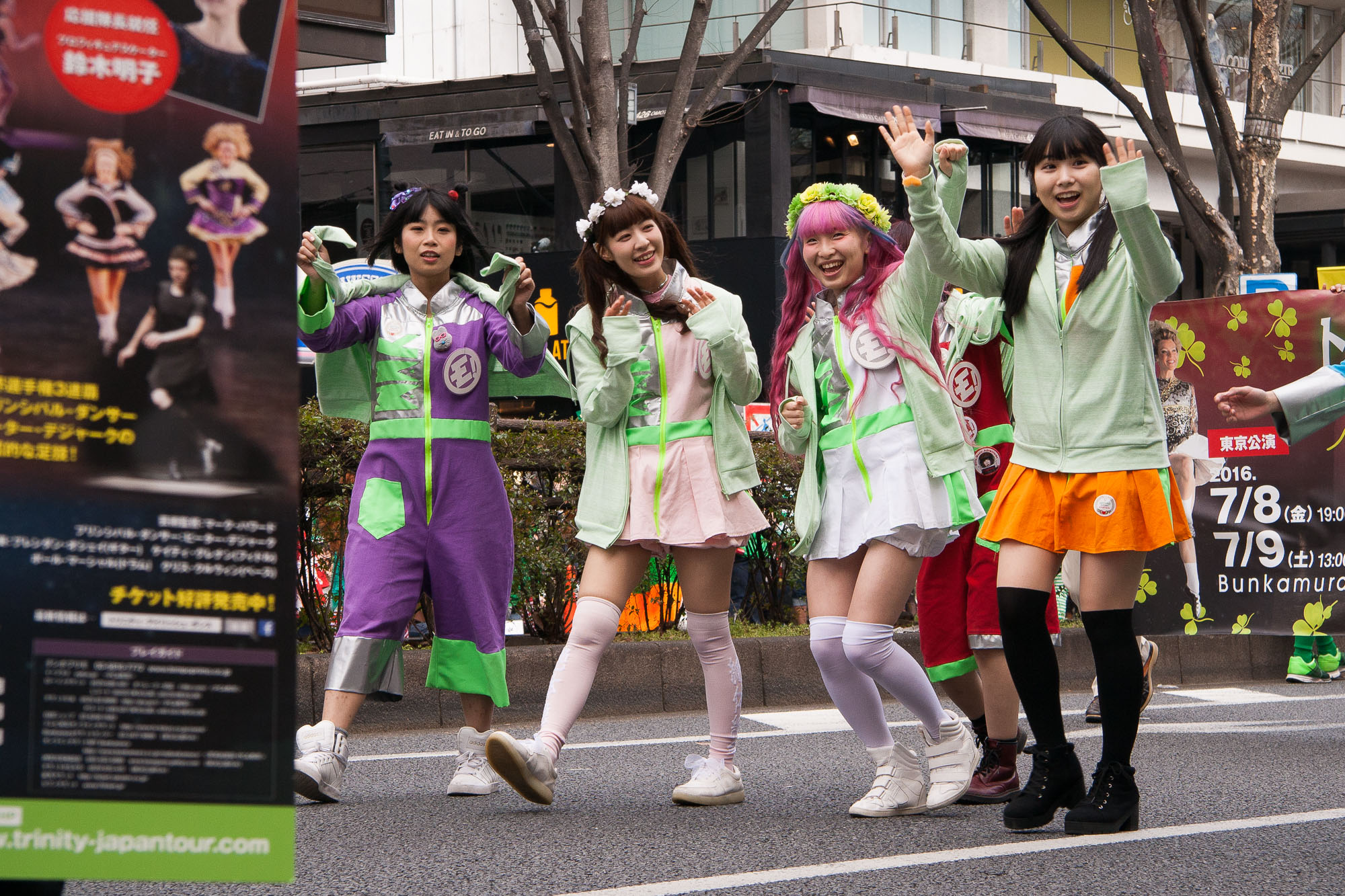 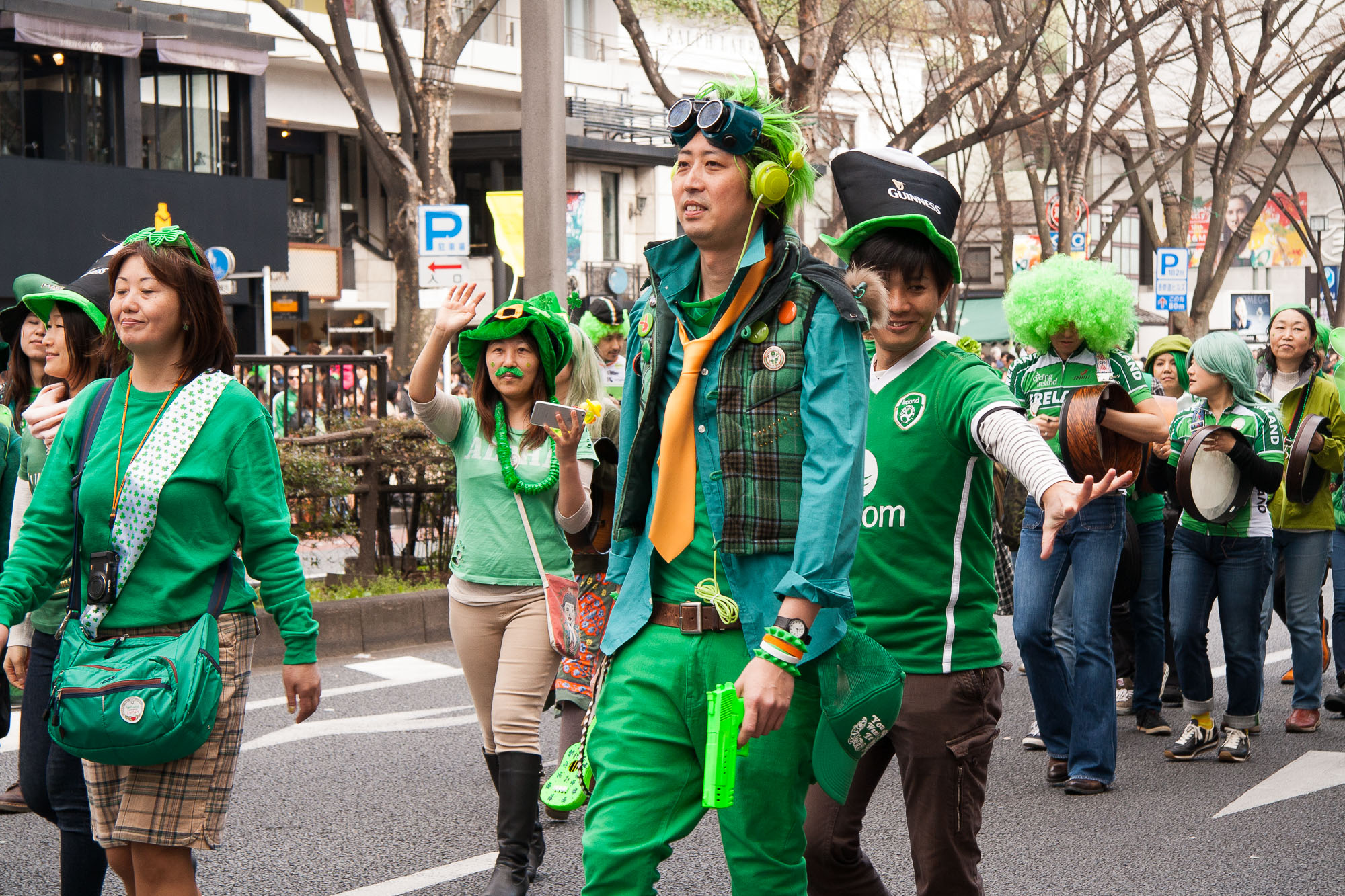 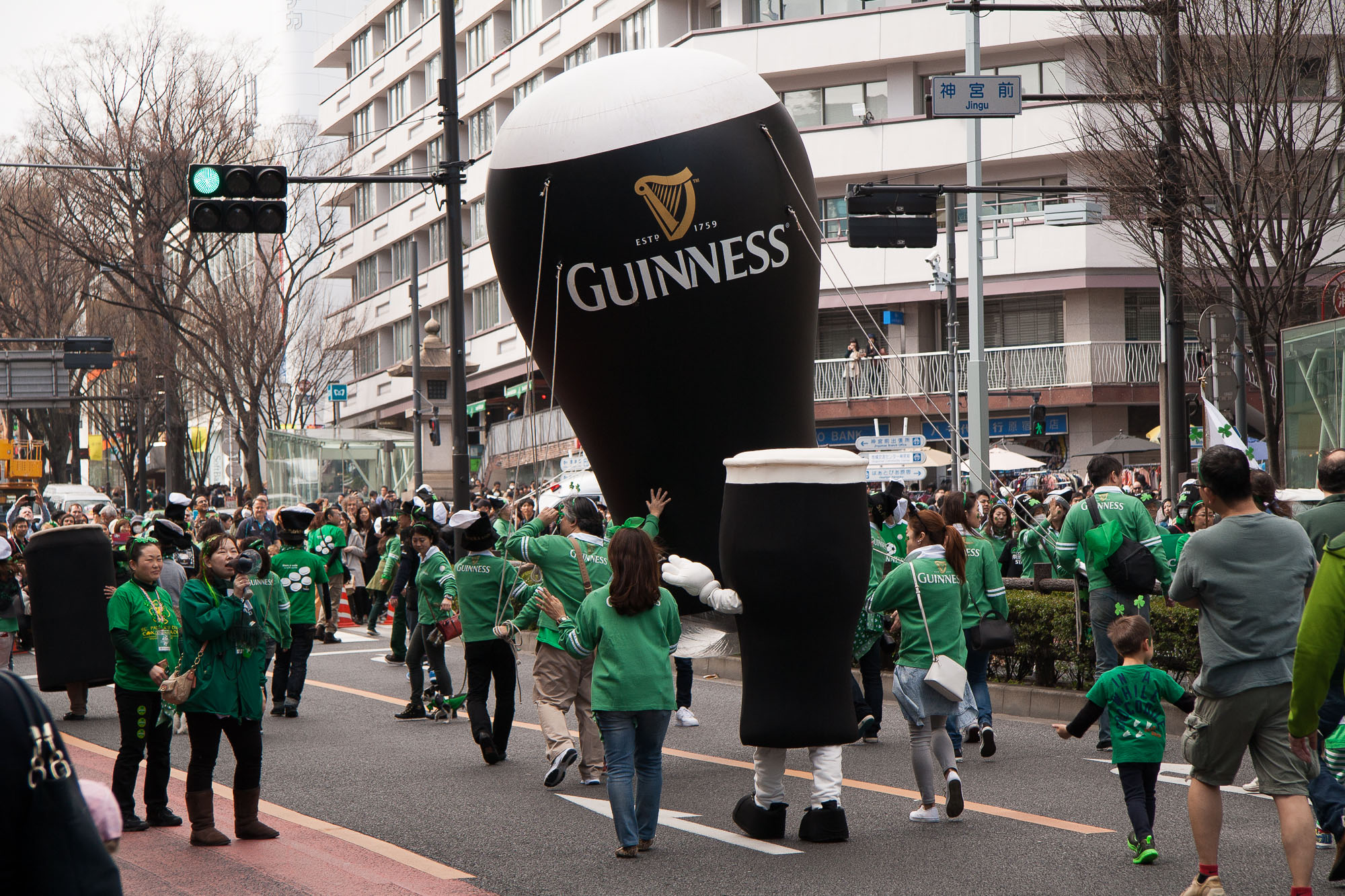 Dates for the 2017 festival and parade will be posted on the Irish Network Japan and I Love Ireland sites.