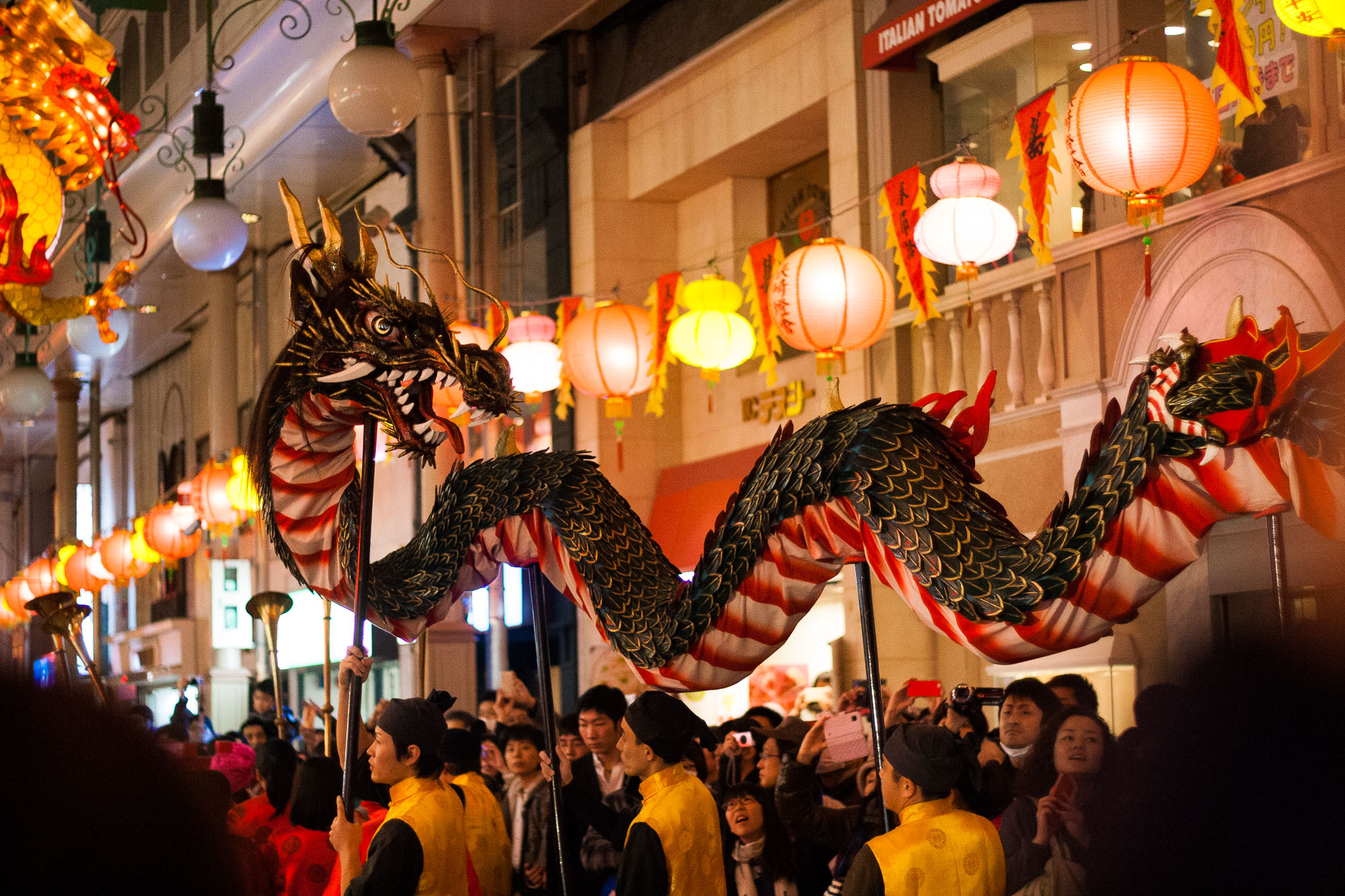 WELCOME TO NAGASAKI!  I fist-bumped the air as we drove across the border into Kyushu’s westernmost prefecture – the only one I had yet to conquer on Japan’s third largest island.

Ian, Vidy and I were making our way down for Nagasaki Lantern Festival. The event, now in its 22nd year, draws crowds that make it nearly impossible to find accommodation anywhere near the city center. So we had driven to Saga the night before (Friday), slept over in a hotel, and were now completing the final leg of our 5-hour journey.

When we finally pulled into the park where Ian and I planned to car-camp for the night (Vidy had managed to hustle some floor space in a local B&B), the light drizzle that had followed us all the way from Kumamoto had finally stopped. It might not be the fanciest of accommodations, I thought to myself, but boy do we have a view. 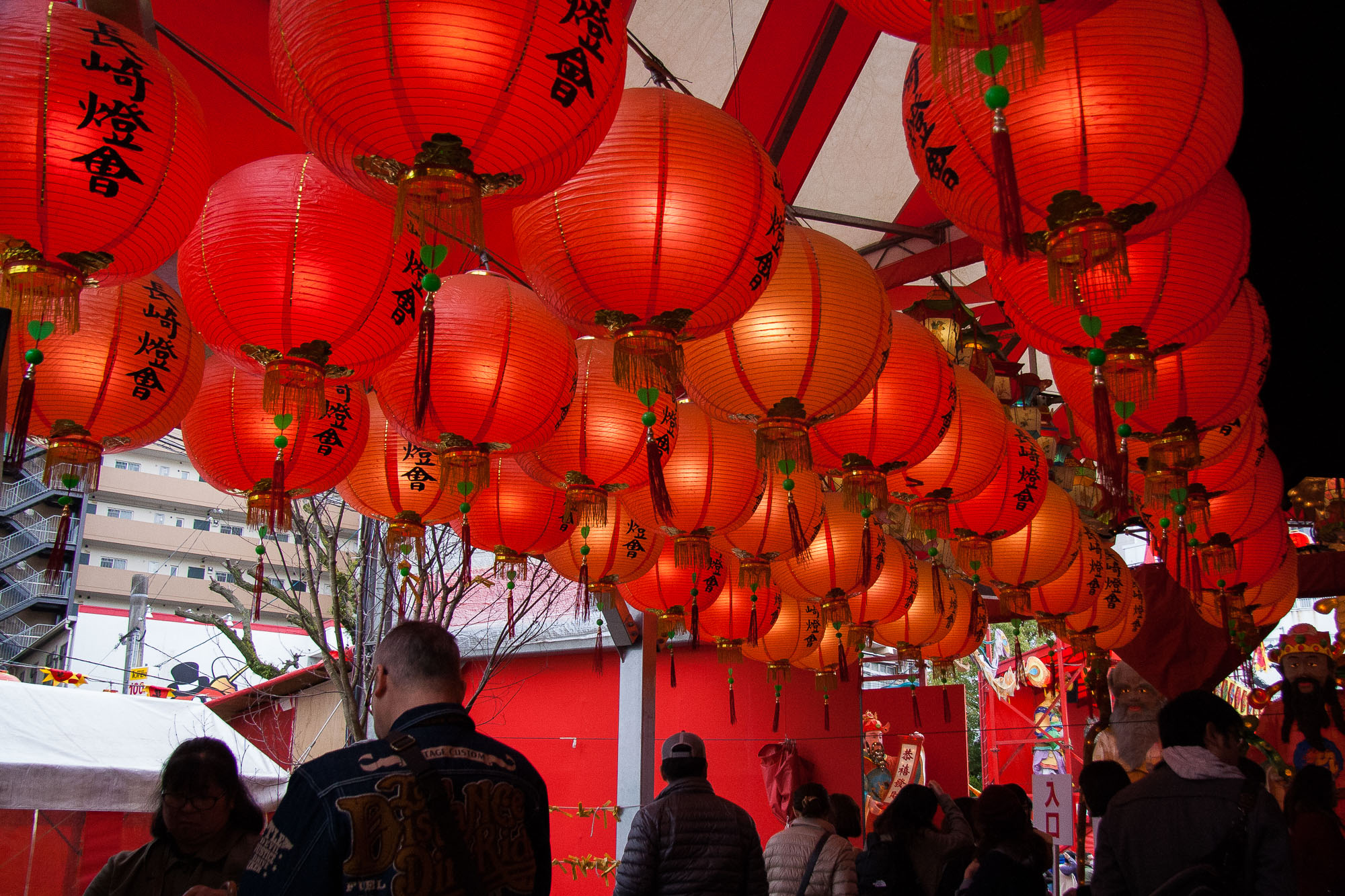 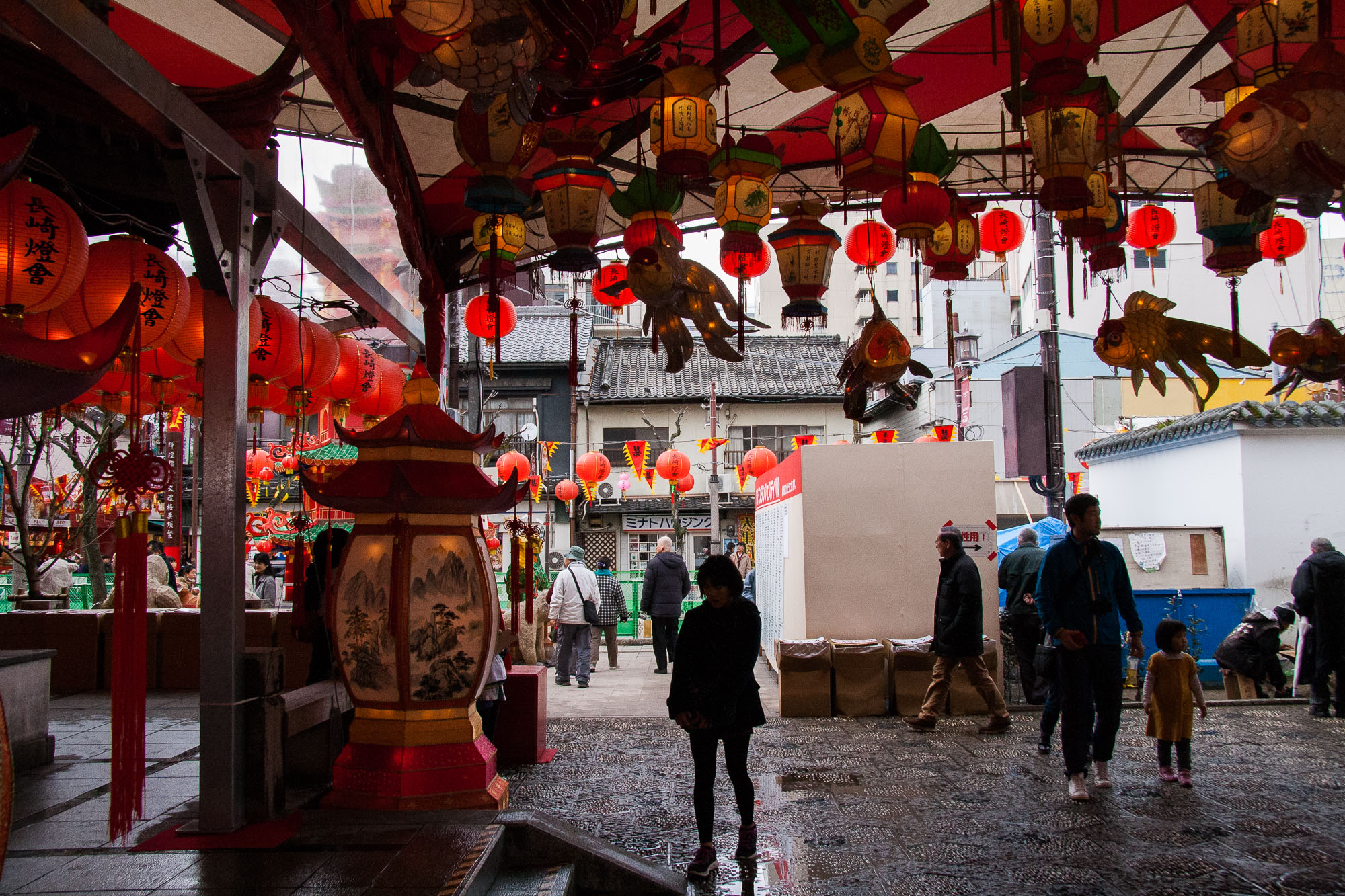 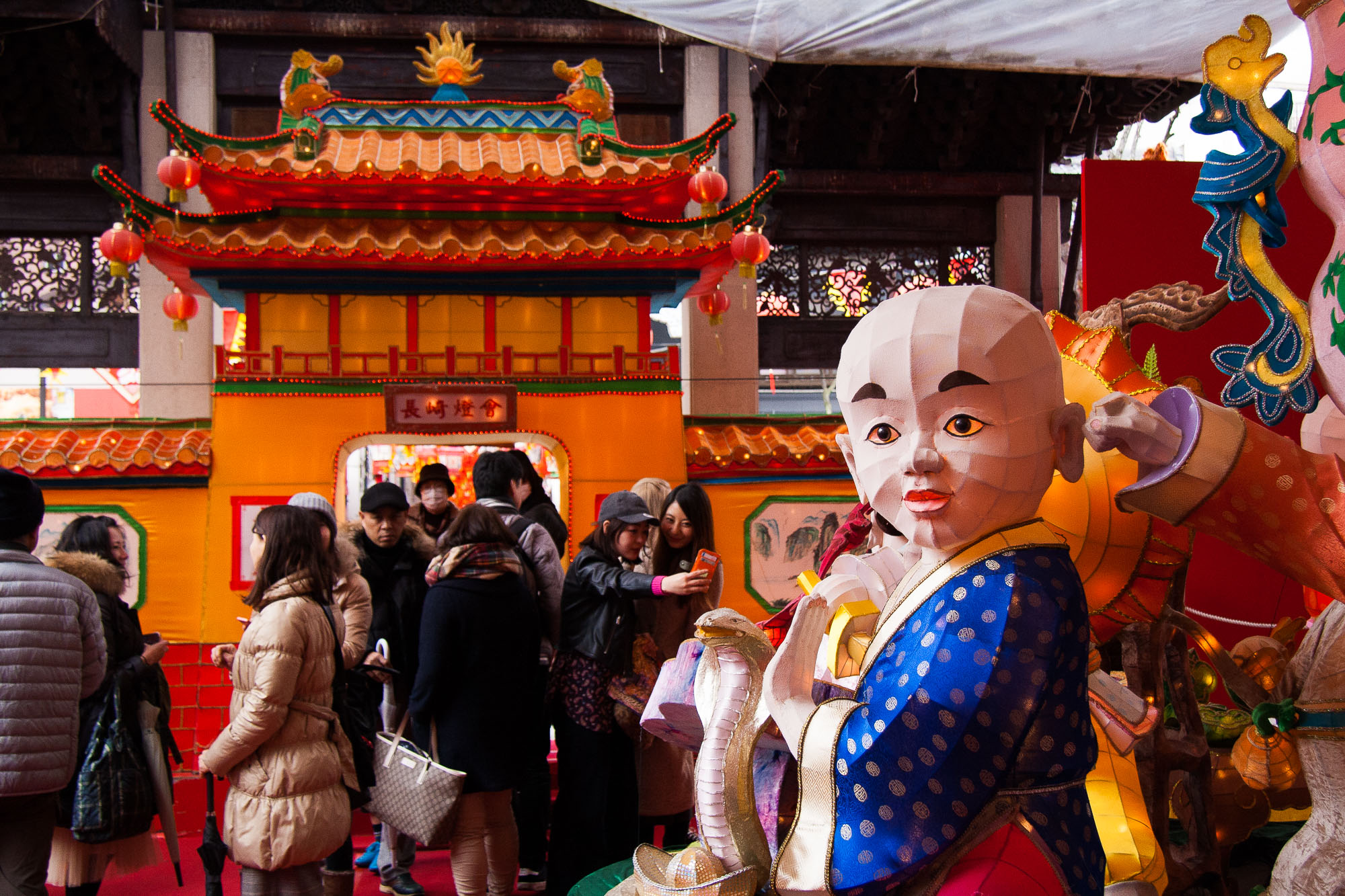 The small park sits on the waterfront overlooking Nagasaki Port, a natural harbour surrounded by mountains.

When Portuguese explorers arrived in Nagasaki in 1543, the small fishing village began to develop into a trading hub. Portugal sent trade freighters regularly and also helped repair the severed ties between Japan and China.

In 1636, an artificial island called Dejima was constructed in the port to segregate the growing number of Portuguese residents from the Japanese population, to curb the Jesuits’ missionary activities. When the Portuguese were expelled from the country in 1610, Dejima became the site for a Dutch trading factory, previously located in Hirado.

Japan had just entered its two-century long period of isolation, with all foreign trade now restricted to Nagasaki, specifically Dejima. China and the Netherlands were the only two countries still permitted to trade with Japan. 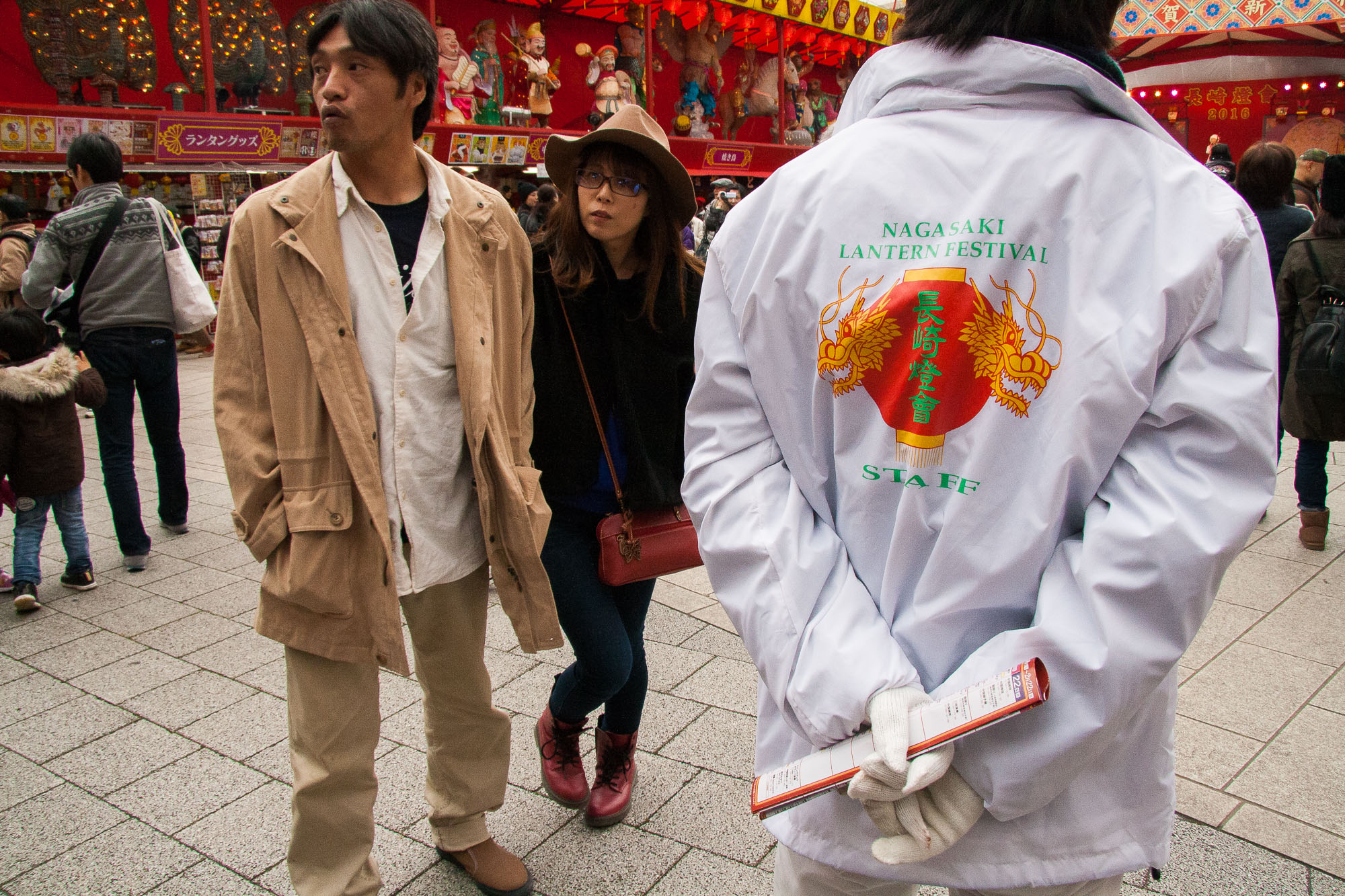 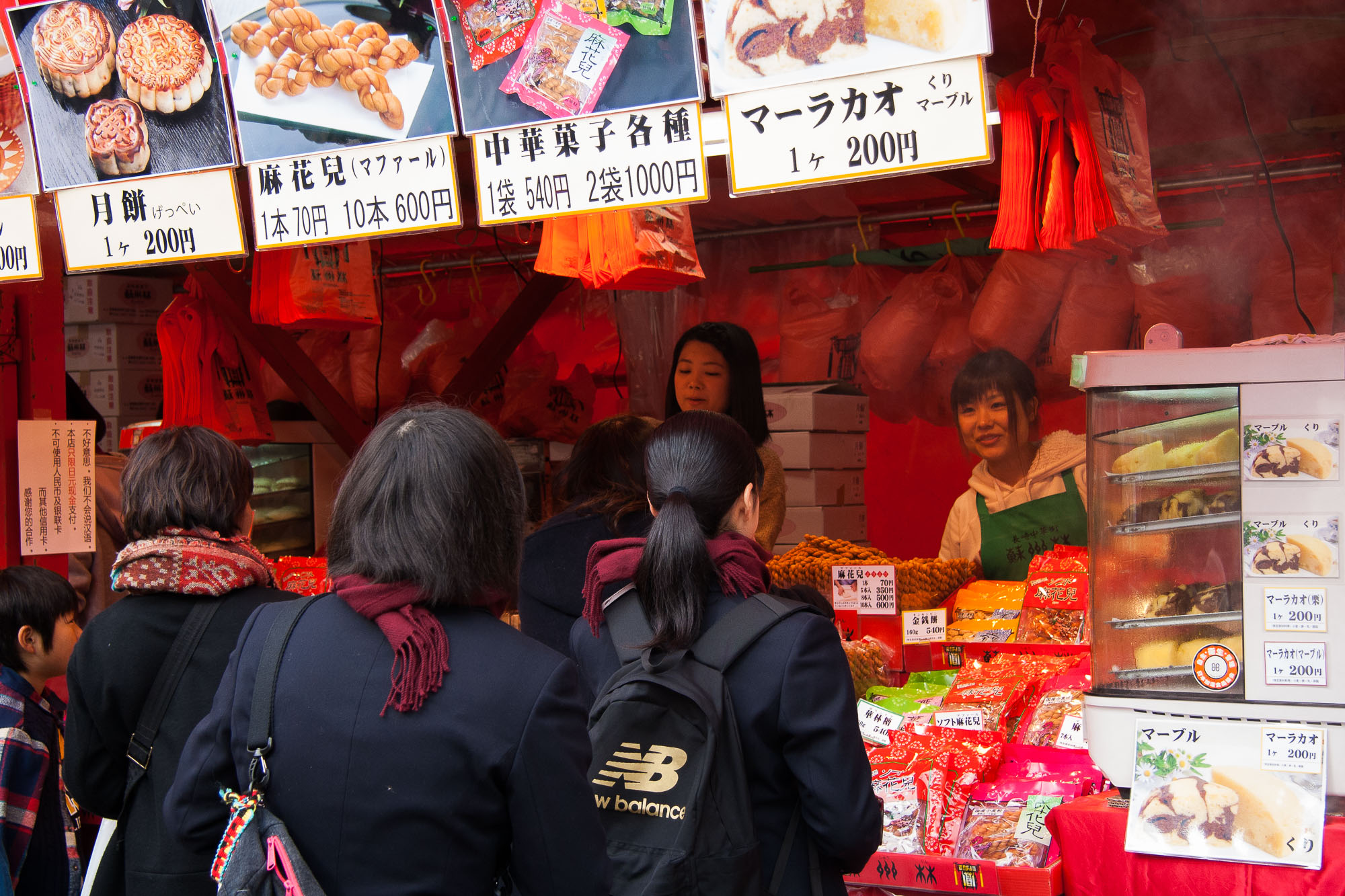 The Dutch were confined to Dejima; they could not leave without official permission, and this was only granted for the annual visit to the Shogun. Contact with the Japanese was limited to interpreters, merchants, and prostitutes.

But while only 20 or so Dutch lived on Dejima at a time, Chinese merchants and traders numbered in the thousands. They were free to move around Nagasaki until 1689, when the Shogun ordered the construction of a compound, named Tojin-Yashiki. Built to prevent smuggling, and also to control the spread of Christianity, Tojin-Yashiki was surrounded by high walls, a moat, and bamboo fencing. It also had a guard house.

After it was built, the Chinese who arrived aboard ships were interned at Tojin-Yashiki with just the supplies they were carrying, and were only allowed to leave to worship at one of four Chinese temples nearby. When Japan came out of isolation in 1859, many Chinese residents moved to the foreign settlement at Oura, or to Shinchi. The latter gradually developed into Chinatown. 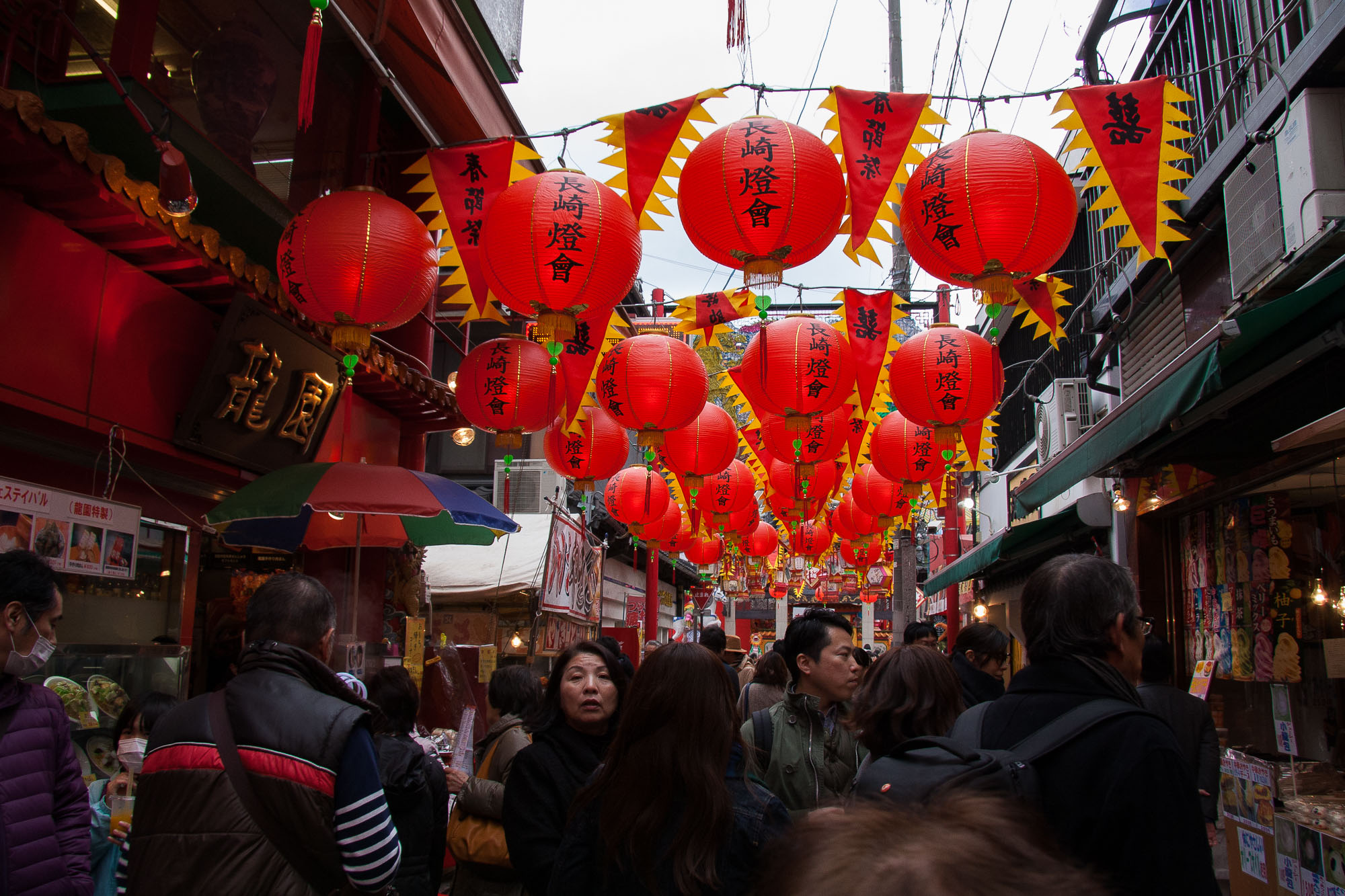 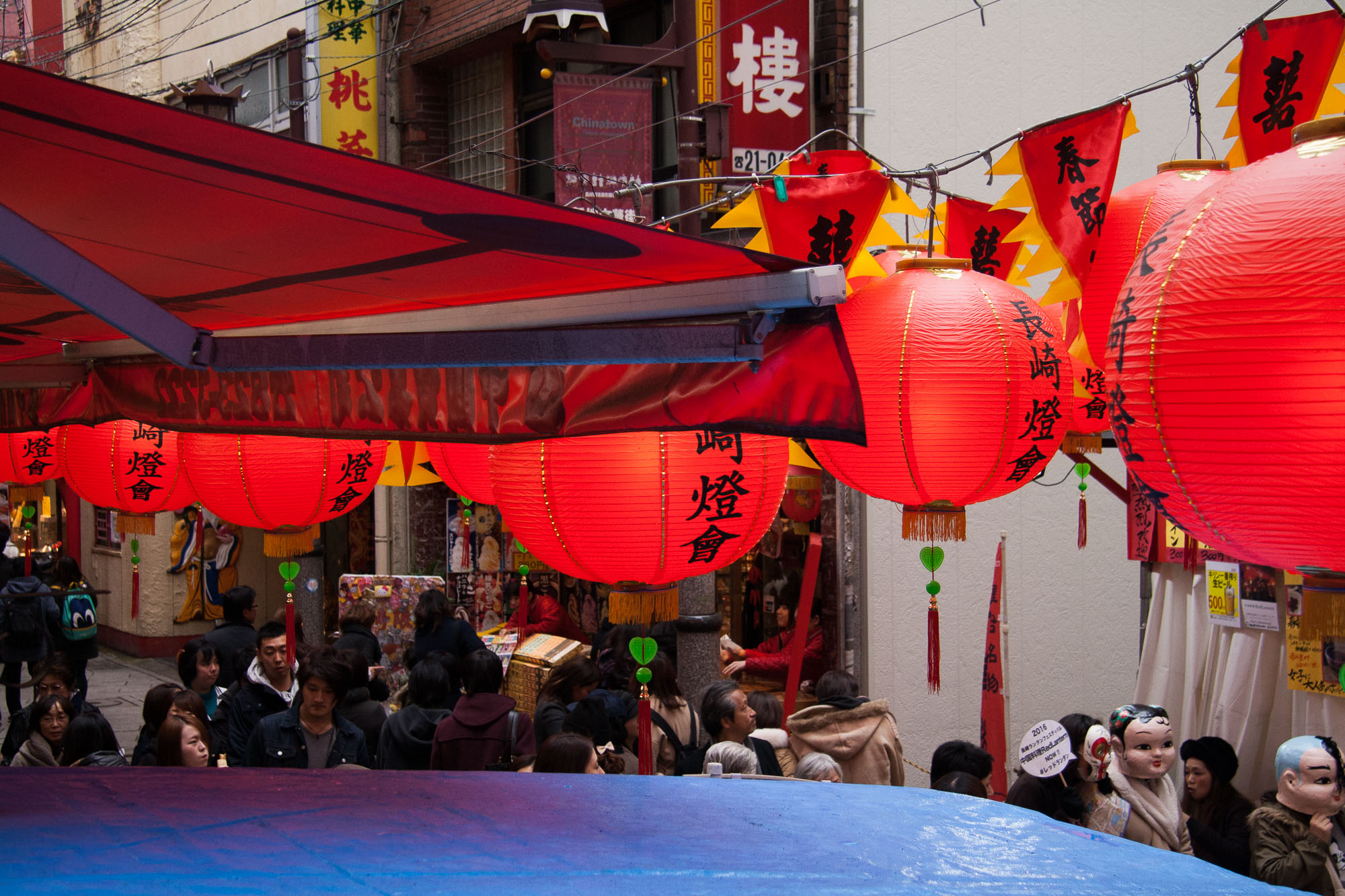 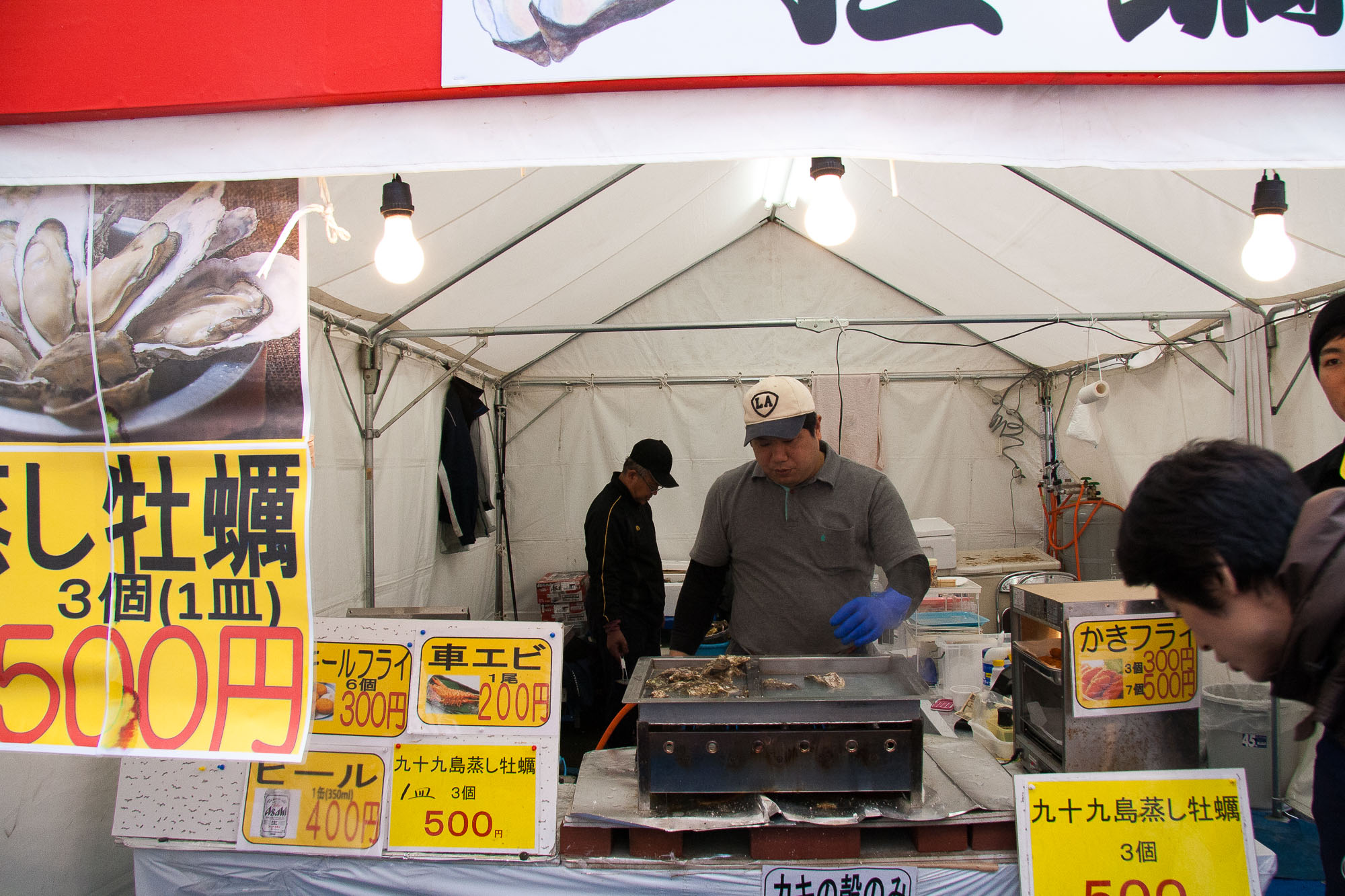 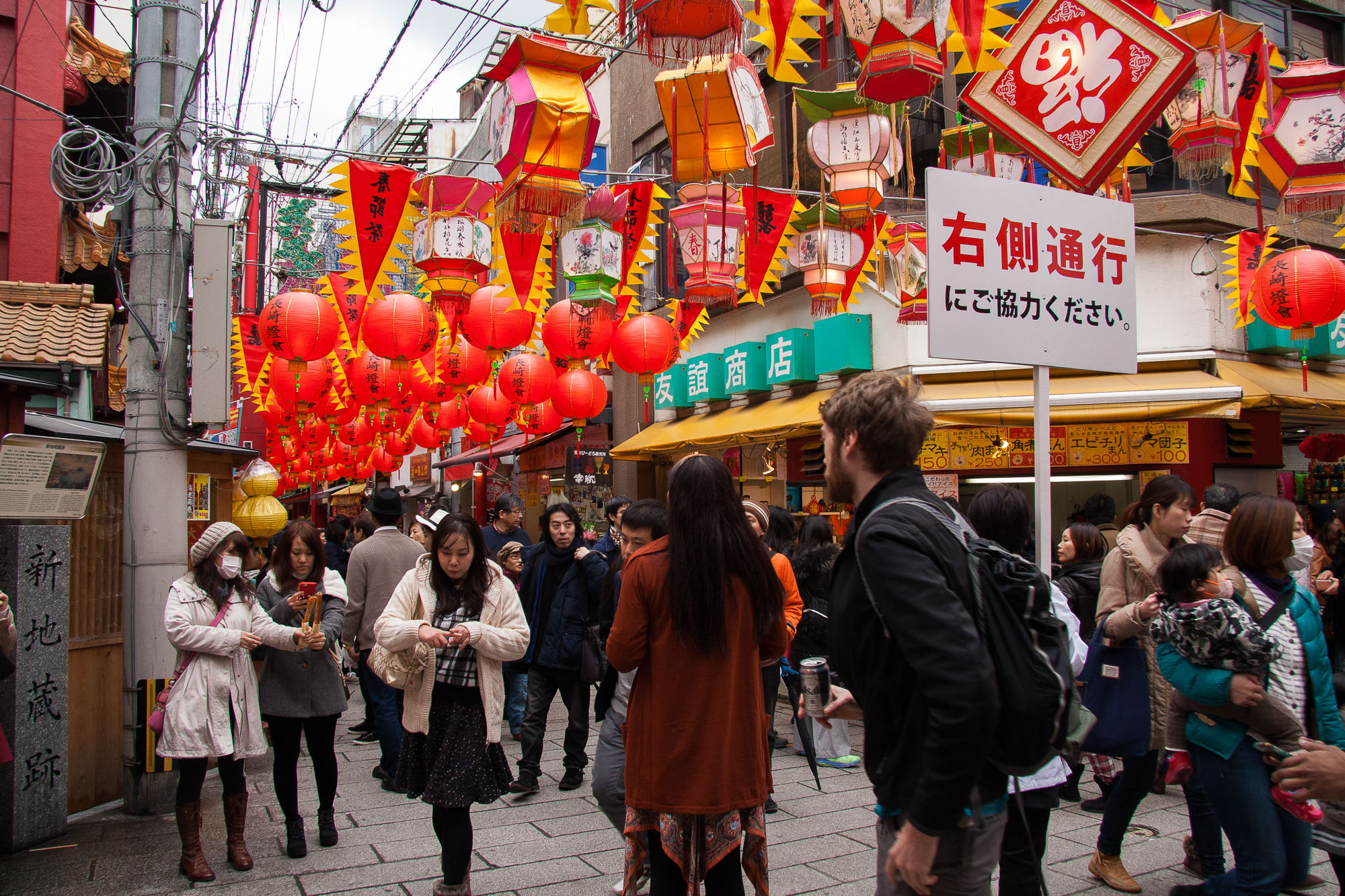 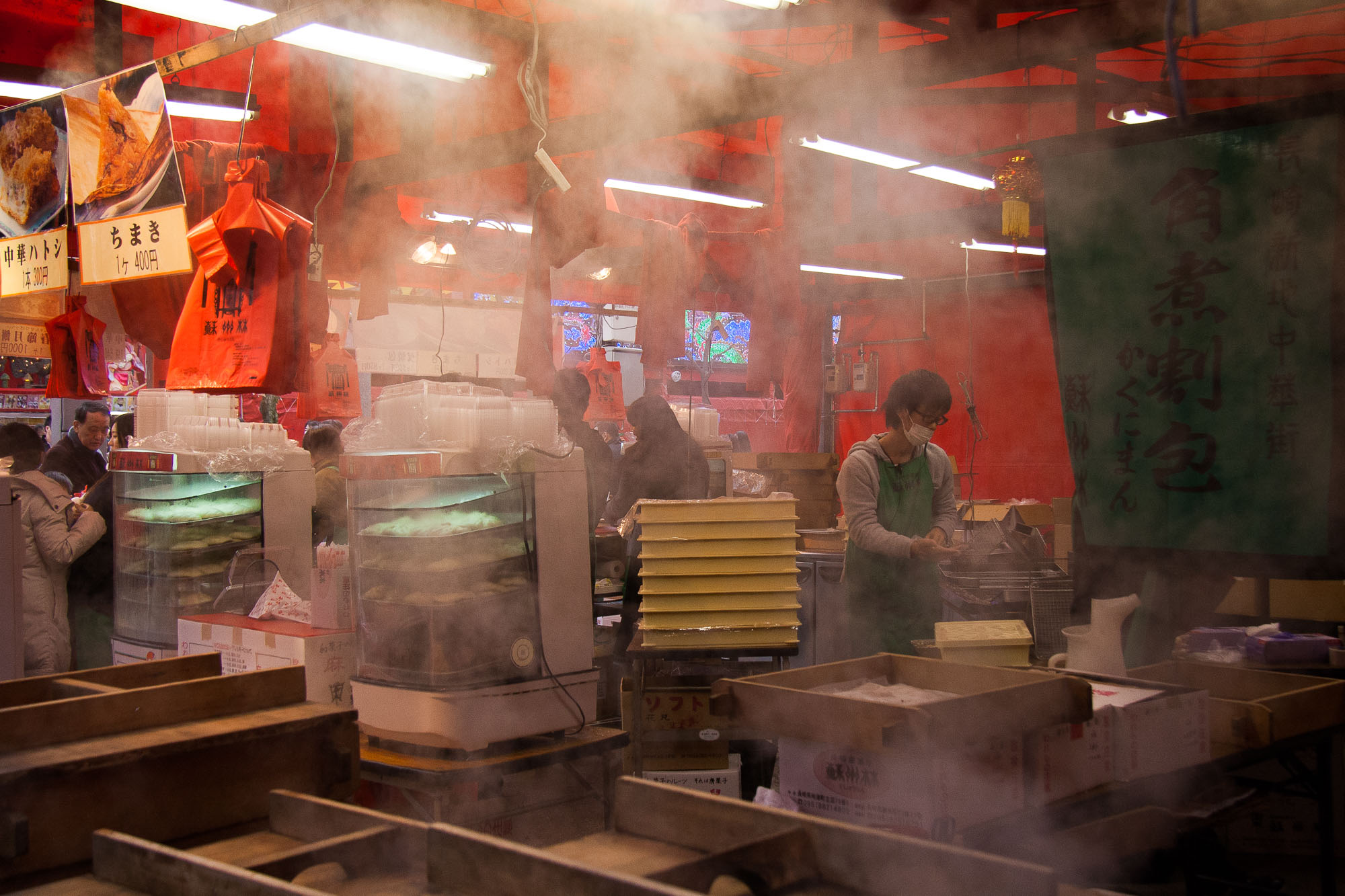 Today, it is the oldest and third-largest Chinatown in Japan (the first and second are in Yokohama and Kobe, respectively). Guarded by giant, vermilion-lacquered gates on each of its four ends, Shinchi Chinatown is now home to around 50 restaurants, confectionery stores and souvenir shops. It is also the center of the Nagasaki Lantern Festival.

Started in 1994 by local residents as a means to celebrate the Chinese New Year and revitalize the area, the festival has grown into a major annual event in which 15,000 lanterns, and dozens of traditional and cultural performances, decorate Chinatown and other regions of the city.

The festival is one of the largest I’ve been to in Japan. Everything is spread out at different locations in the city center, where performances rotate at different times throughout the day. It was like a game of cat and mouse trying to see everything, and after a good few hours the chase got exhausting. 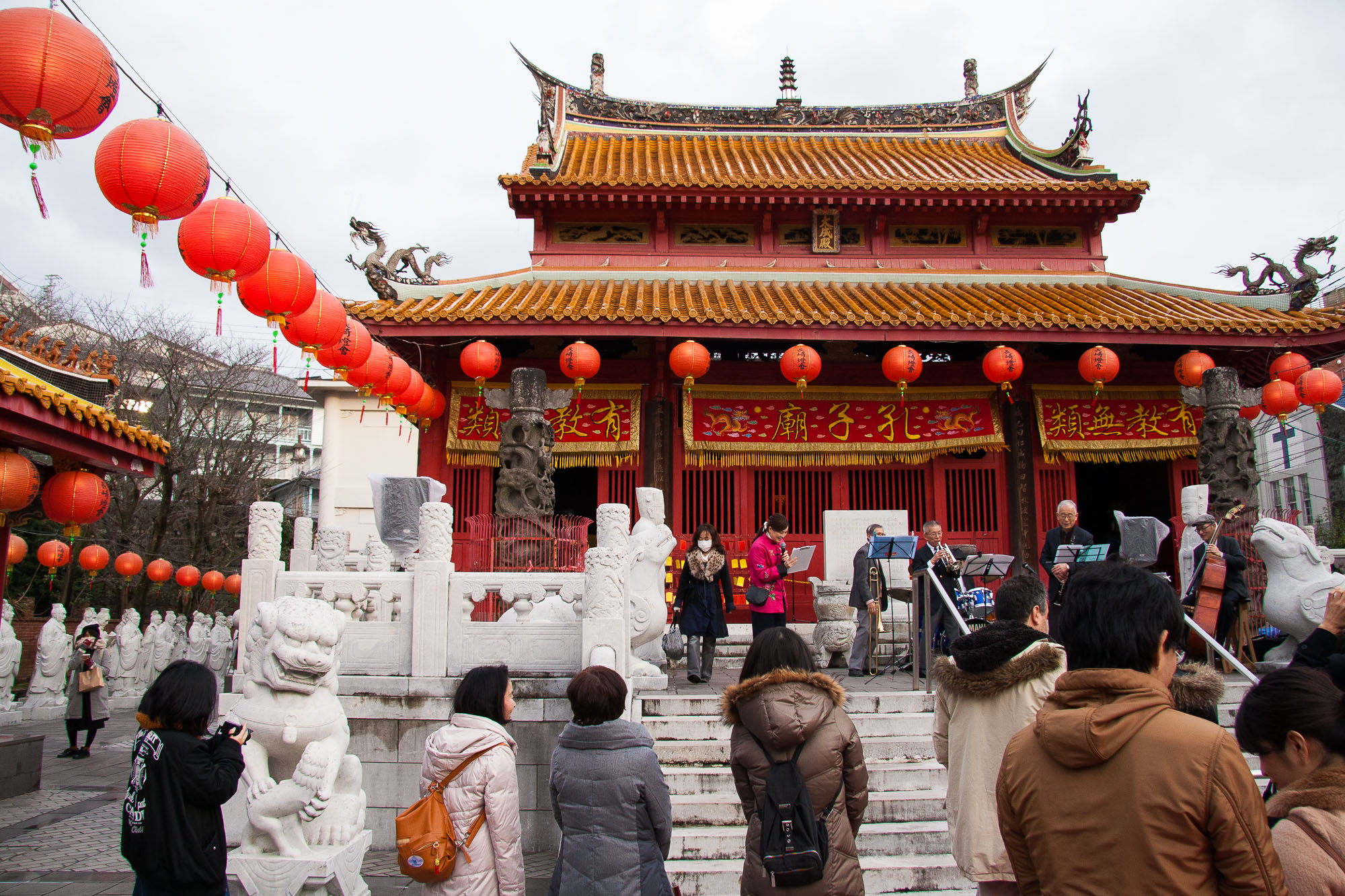 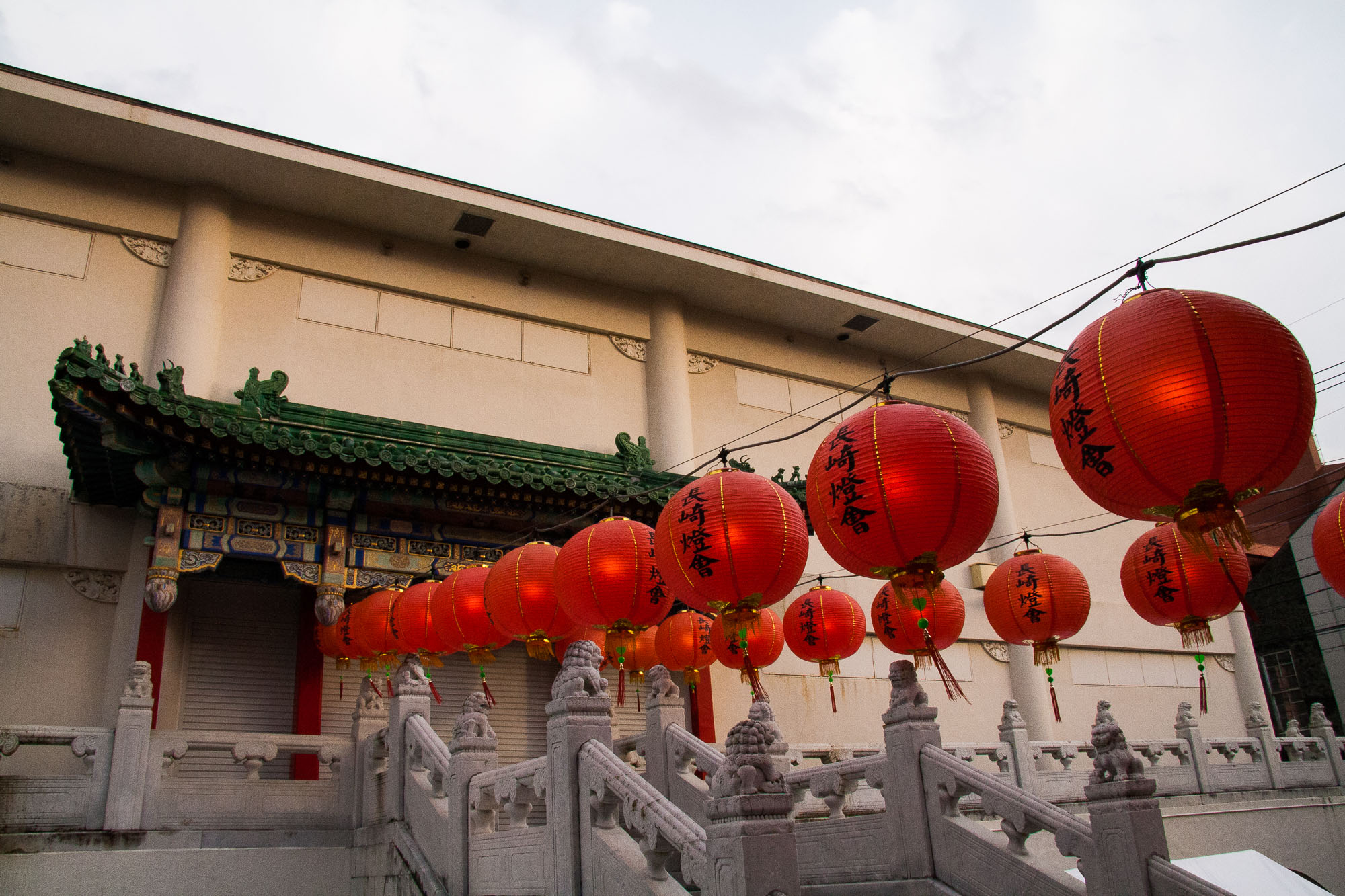 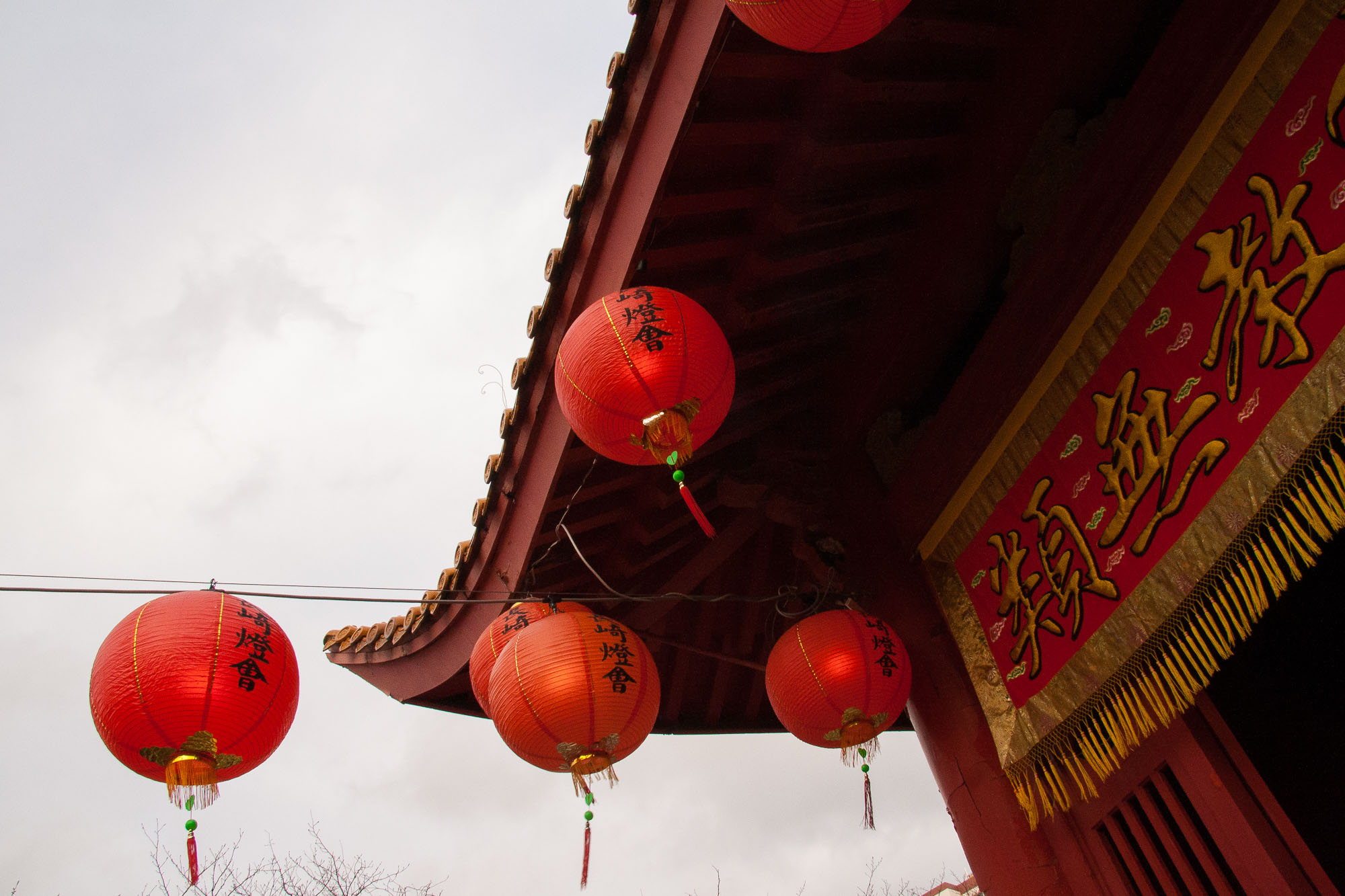 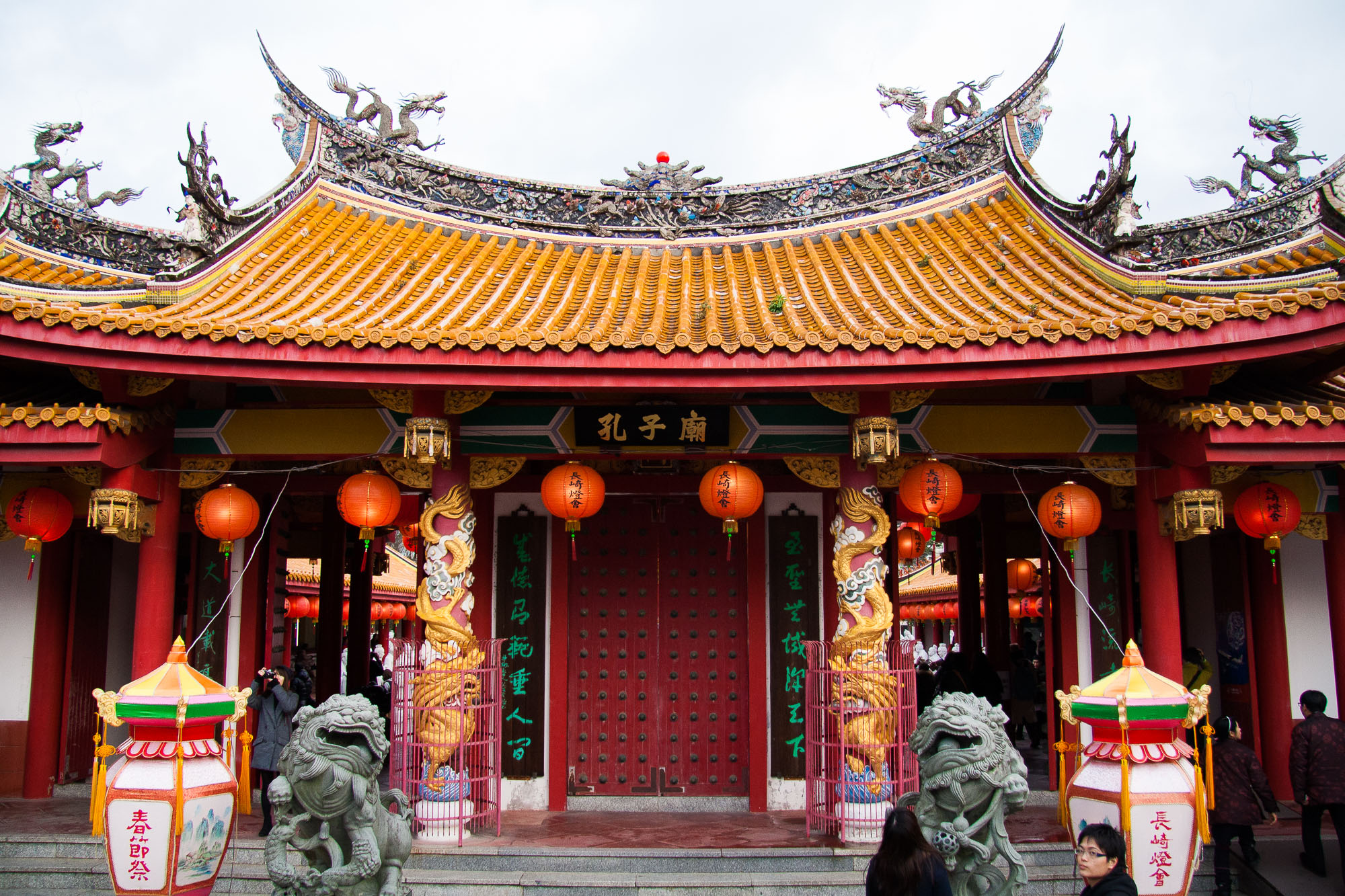 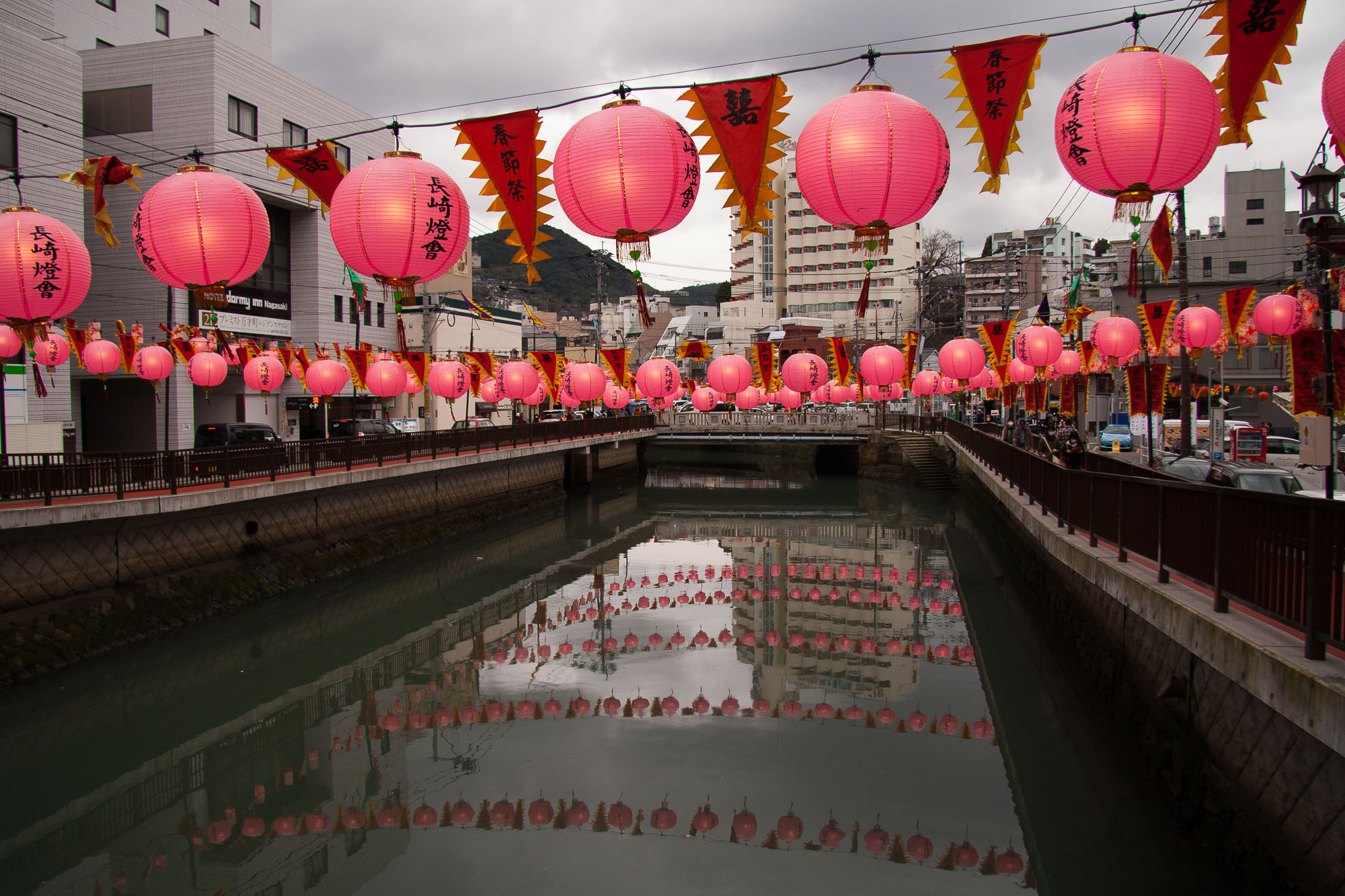 Nevertheless, we saw a fair bit for just the one day. We caught the end of an Erhu (Chinese violin) performance at Minato Koen, and then made our way into Shinchi for pork buns, fresh oysters and souvenir shopping. We also took a walk down to the Confucian Shrine and made it back up to the Hamamachi Shopping Arcade in time for a Dragon Dance performance.

The Dragon Dance was probably my favourite of everything we saw and did. The energy of the team of dancers never once waned, despite having performed it several times before (which, I suppose, explains the rain on the drive down). Dressed in traditional Chinese attire, manipulating long poles to move the 20 meter long dragon, the dancers call out to the clouds, asking for rain to ensure a good harvest. 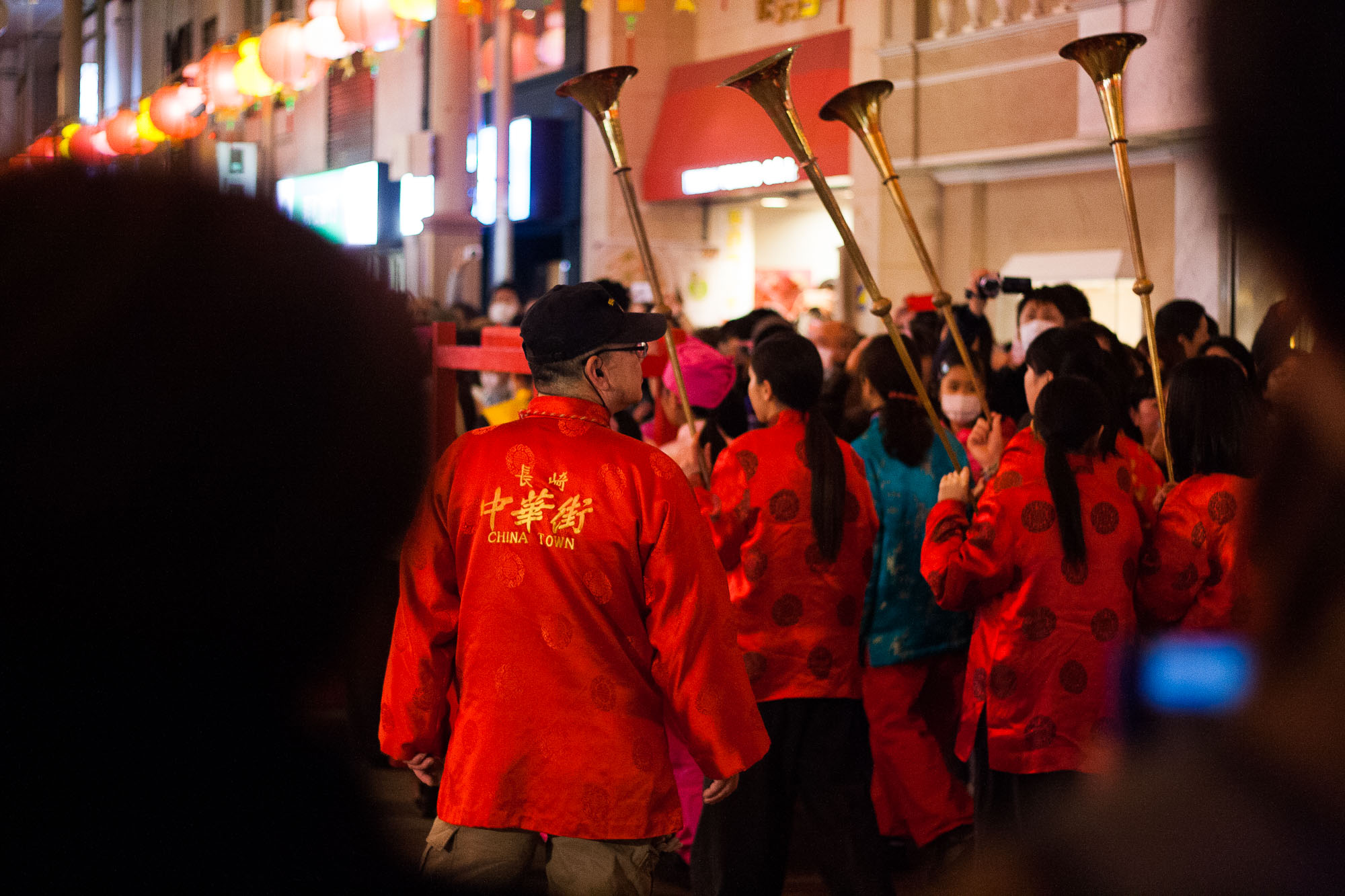 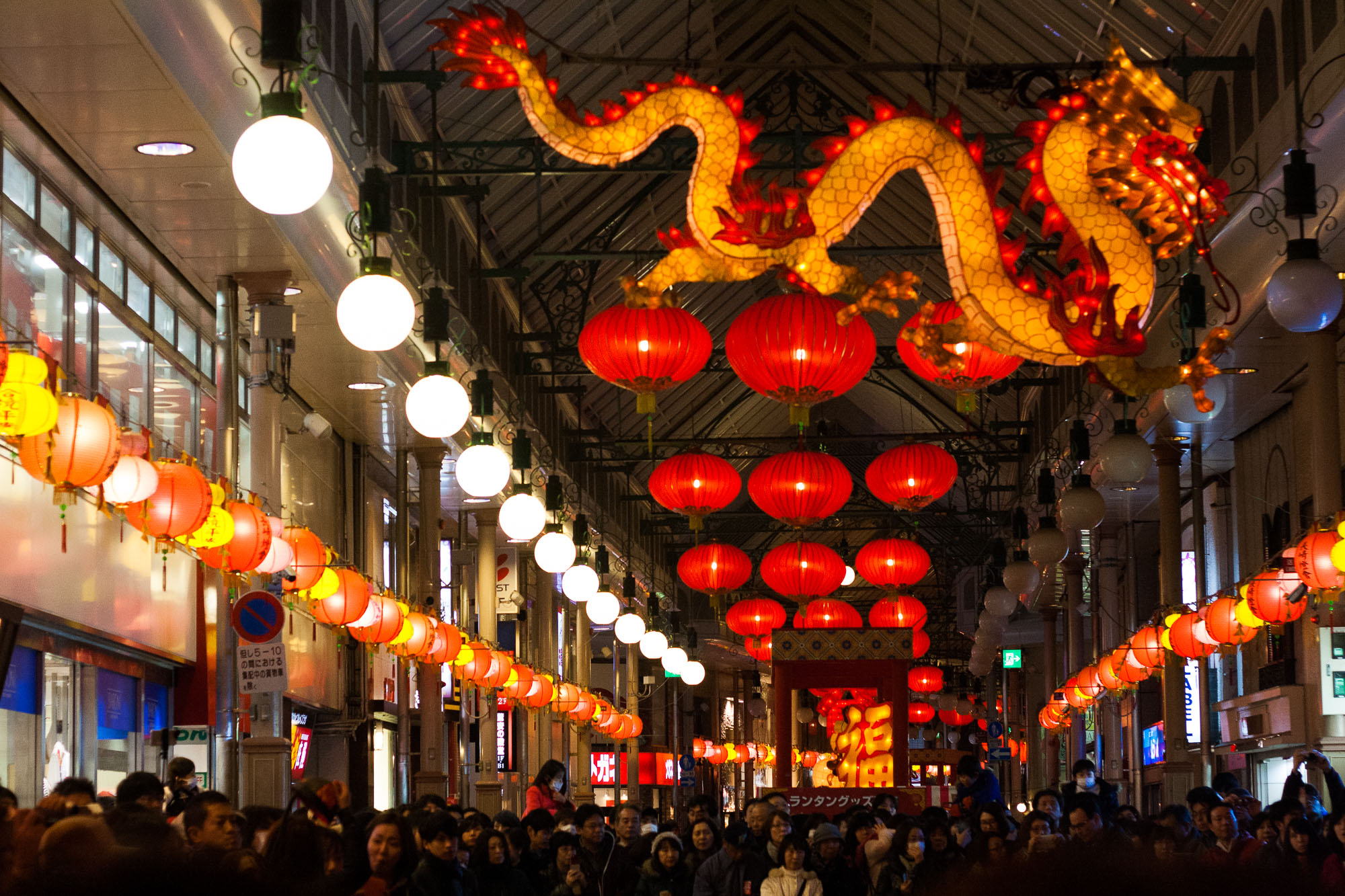 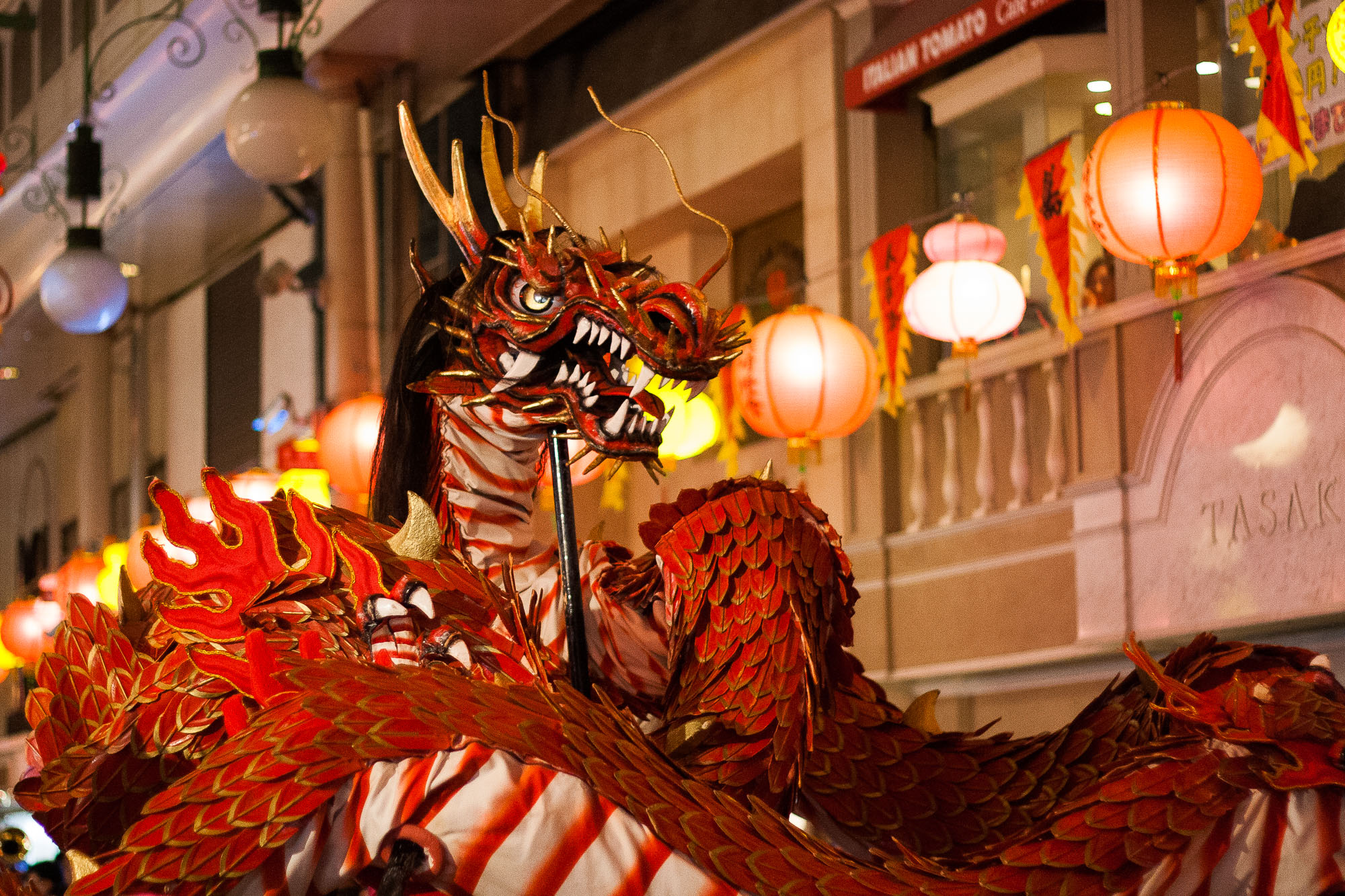 After filling up on pork lettuce cups, jiaozi and warm sake, and belting out a few hours of karaoke, we all turned in for the night.

When we awoke to sun and blue skies the next morning, I had more than one reason to smile: it only took 3 years, but I can now say that I’ve spent at least a night in every one of Kyushu’s prefectures. 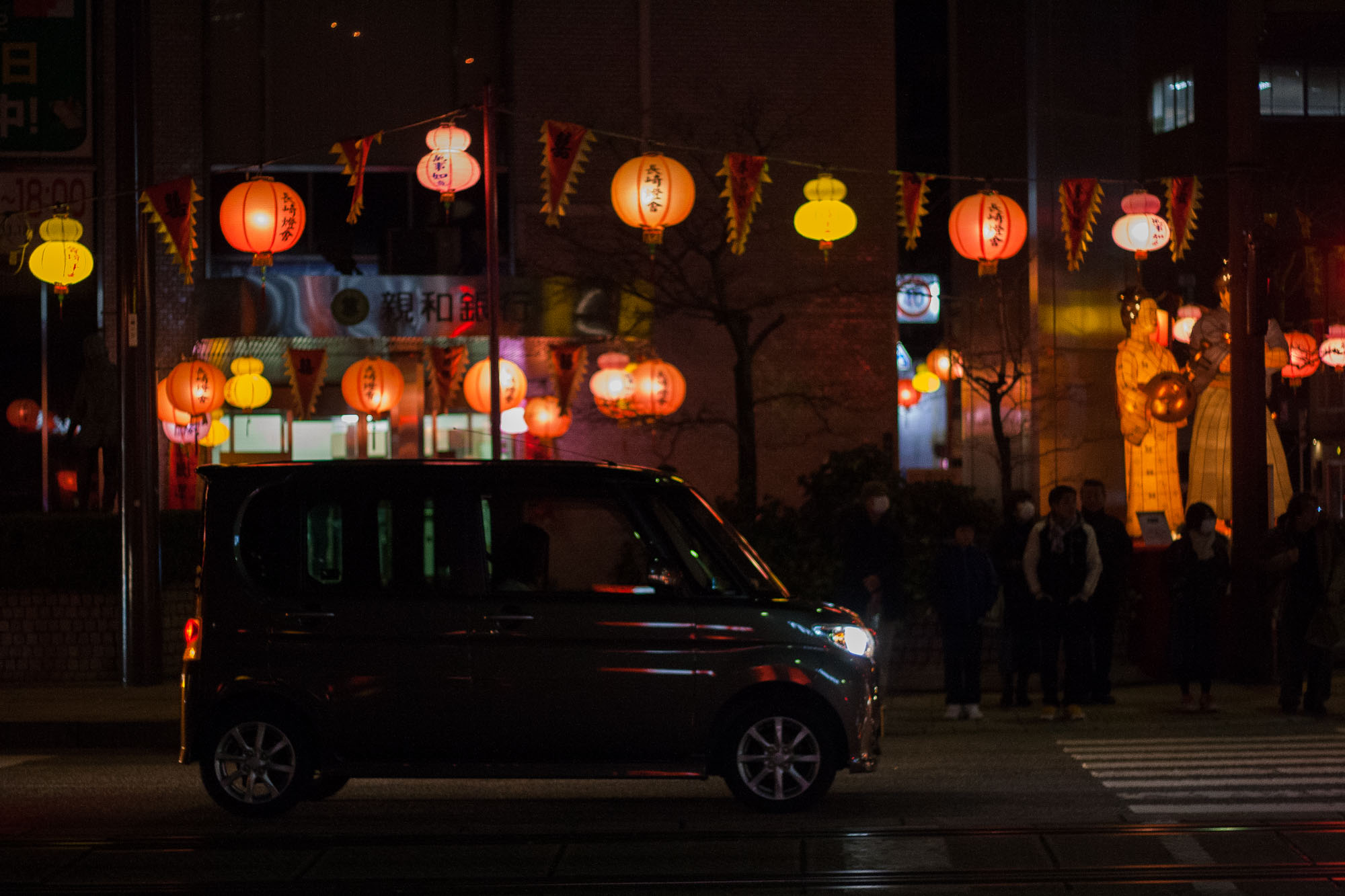 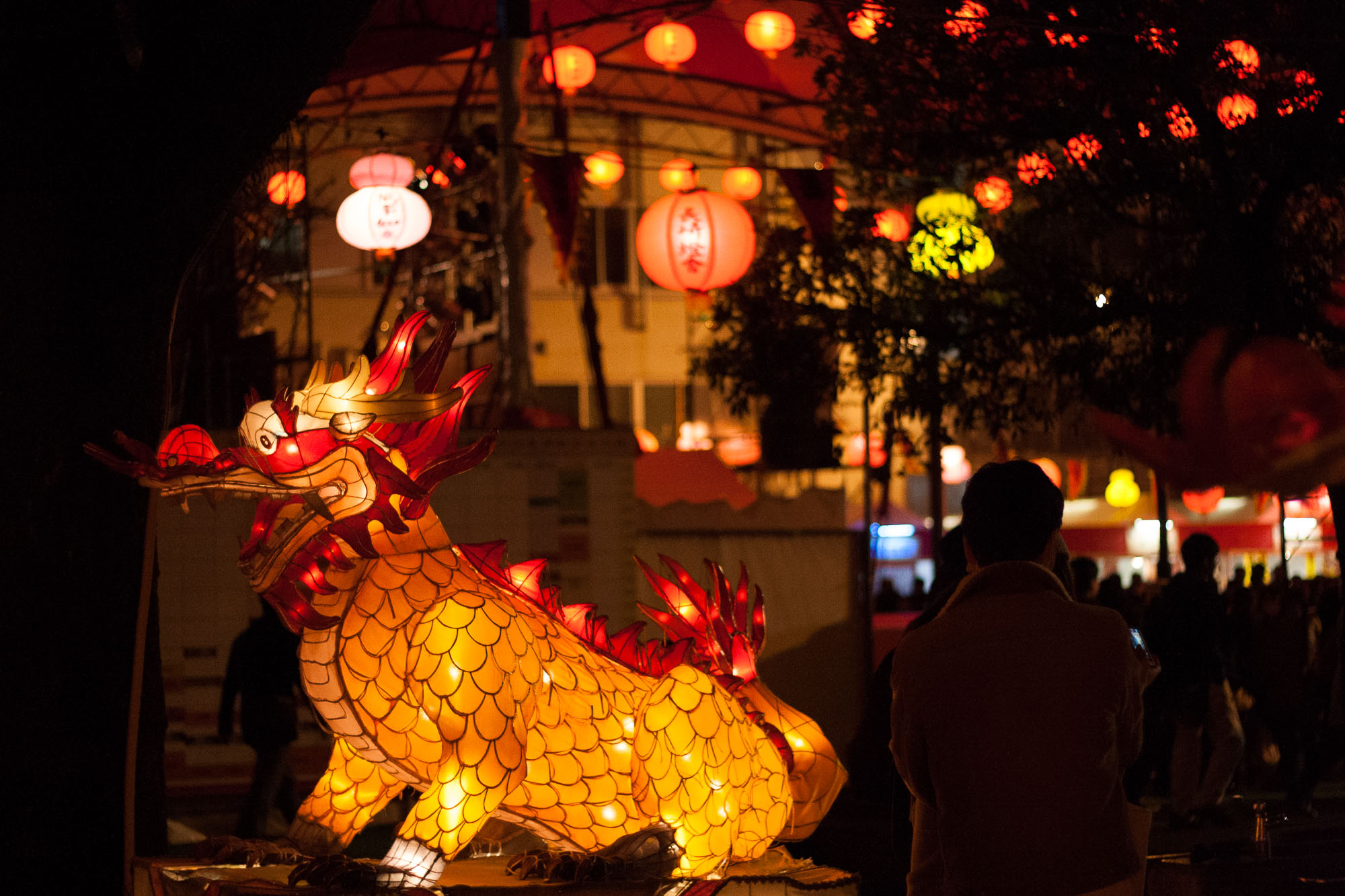 We want to stay in Nagasaki in October 2020. Please give us (me and my wife) some information. Specialy we want to know about the Portuguese festival. We are from Portugal, but we live in Canada.