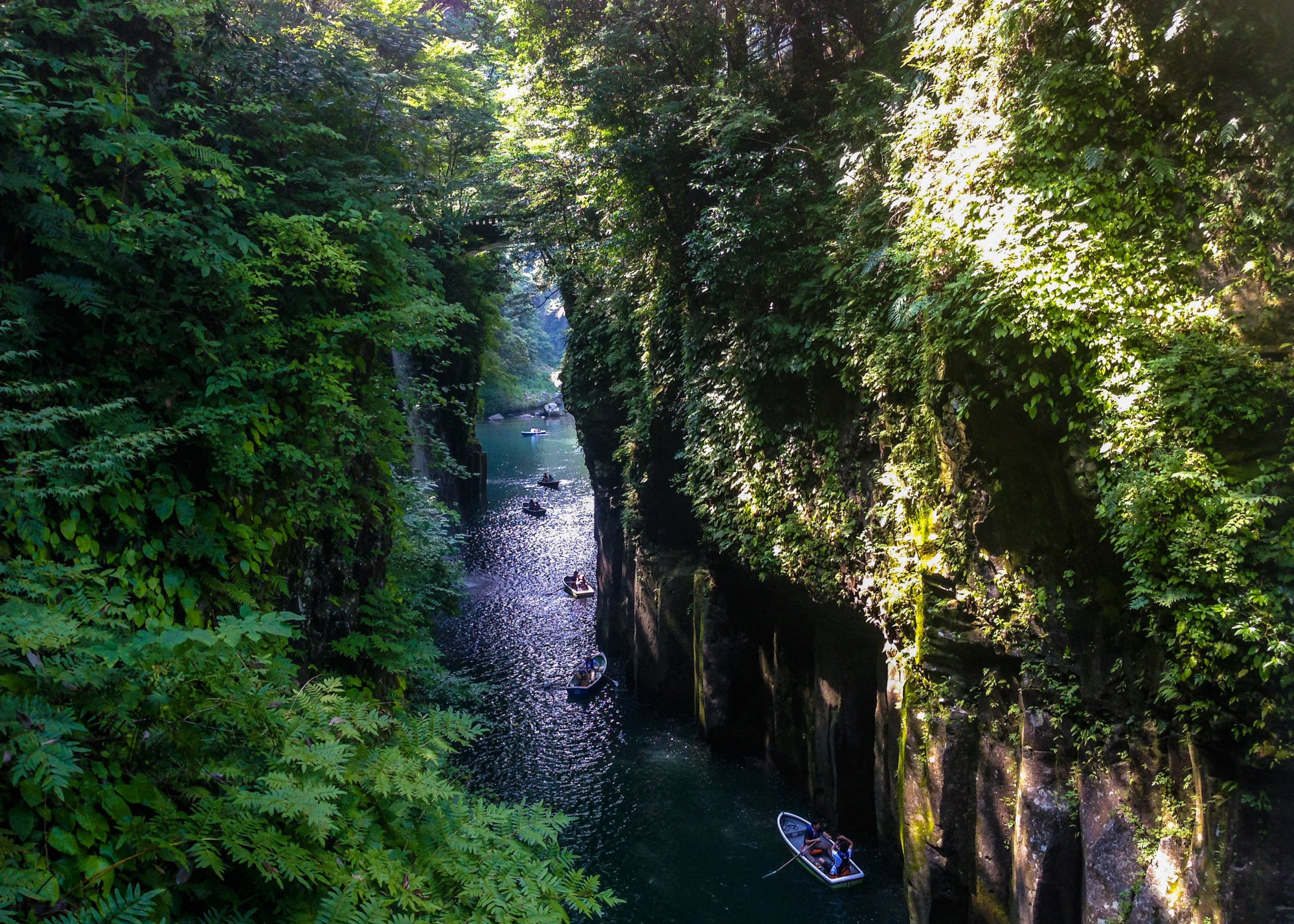 On a long weekend in July, I made the 106 km (67 mi) trek up north by car to Takachiho Gorge. Since the holiday was Marine Day, it seemed fitting to spend it at one of Miyazaki’s most famous bodies of water.

The v-shaped gorge, carved out by Mount Aso’s lava flow and further eroded by the Gokase river, draws thousands of visitors to the sacred town, nestled in the center of the Kyushu Mountains. Mount Aso is one of the world’s largest caldera and sits about 54 km (34 mi) north-west of Takachiho.

I first found out about Takachiho when I learned that I had been placed in Miyazaki. I googled the prefecture to see what my new home in Japan would be like and the gorge was one of the first images to pop up. I saved a picture of it  as a reminder of the journey I was about to embark on.

Now, a year later, I was about to experience it for myself. 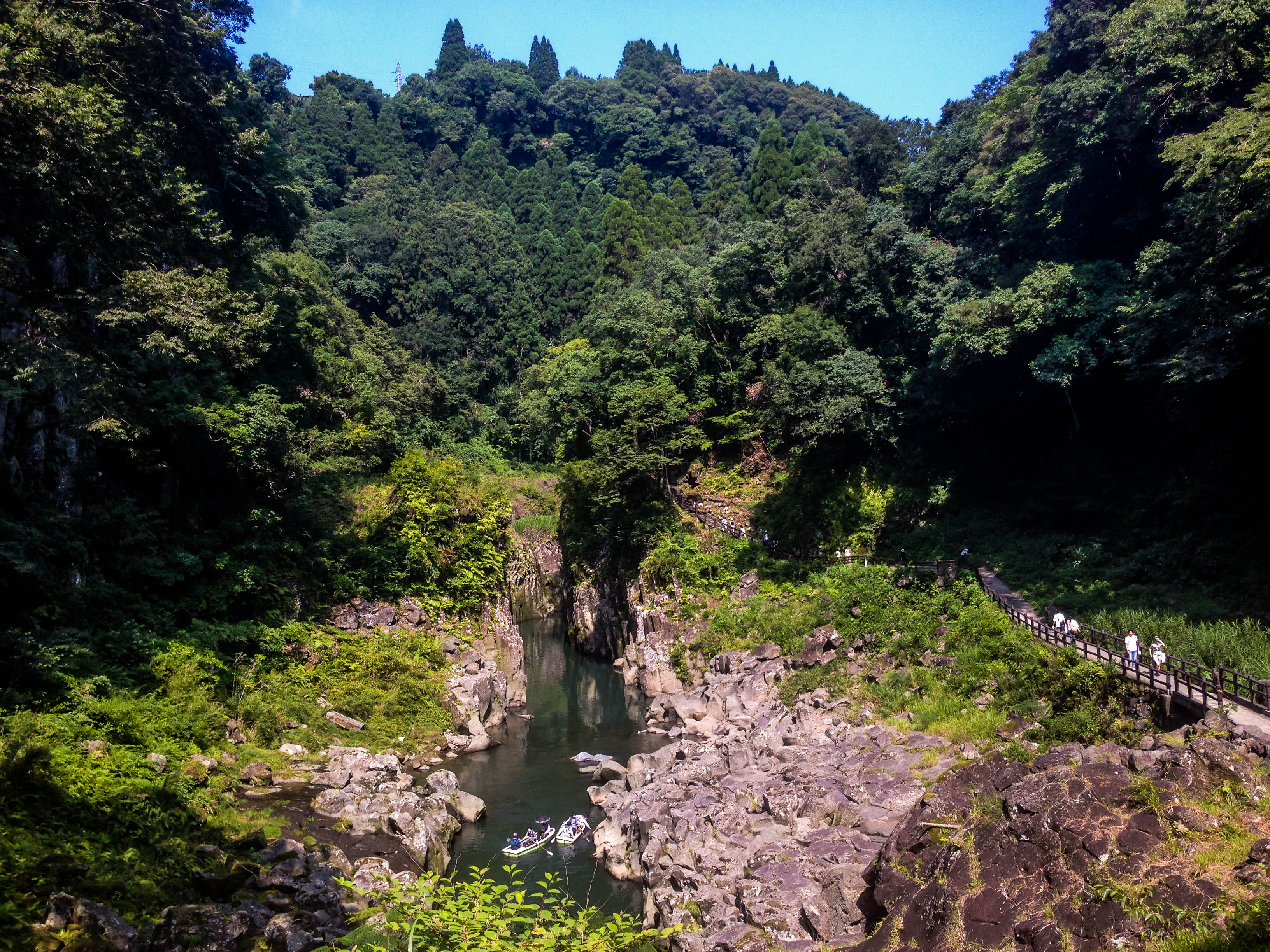 As I walked the 1 km trail that connects the gorge to the parking lot, I felt the midday sun creeping up on me. The humidity at this time of the year grabs you at the throat and tugs at each breath. The trickle of sweat tracing my spine made me wish I could swap out my shorts for a swimming costume.

But when I reached the end of the trail and squeezed in between two strangers to lean over the viewing railing, I forgot all about the heat. There stood Takachiho Gorge in all its glory. 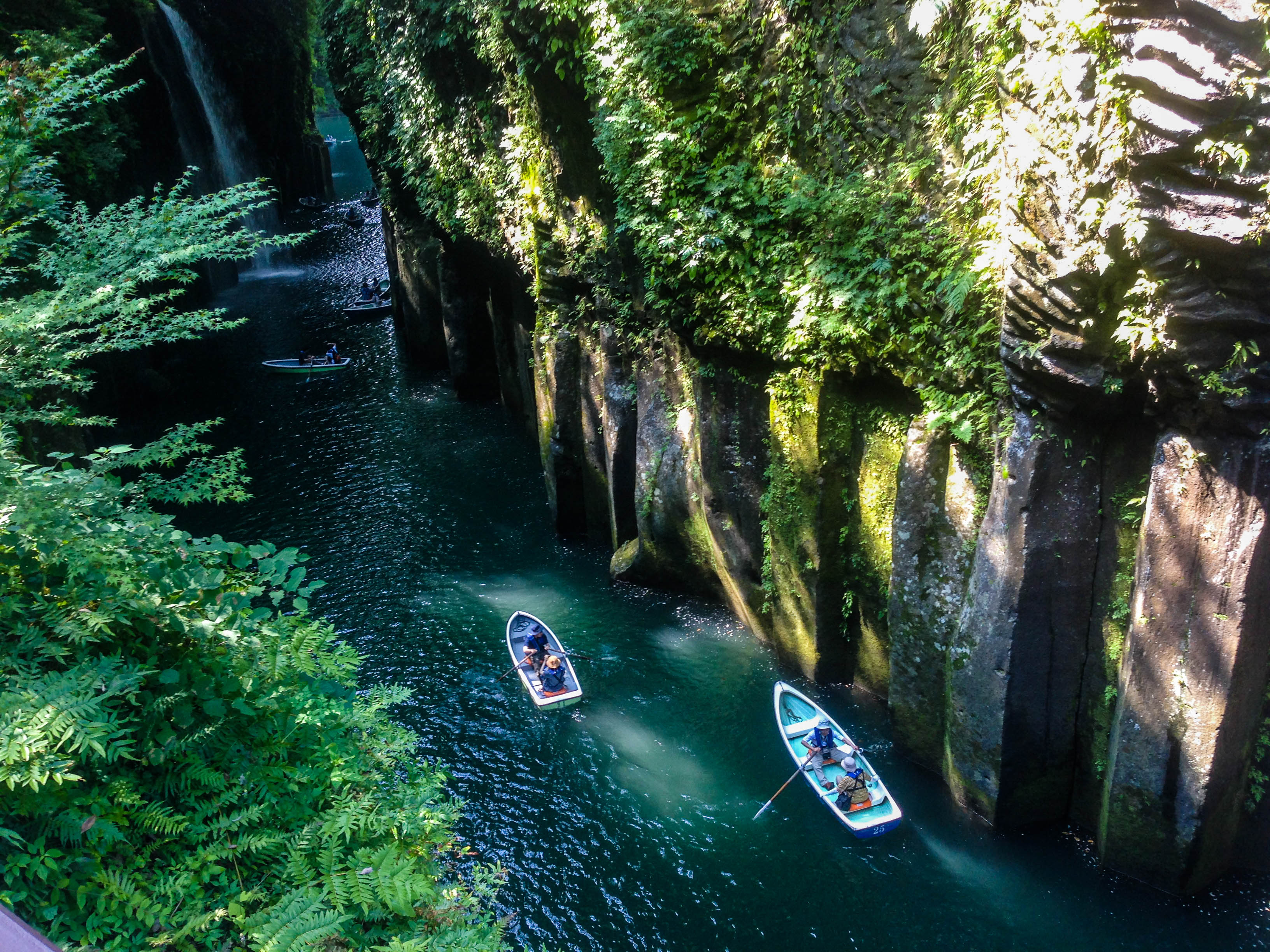 The entire Takachiho region is associated with Japan’s ancient mythology. In one version of events, Ninigi-no-mikoto, a descendant of the sun goddess, Amaterasu, made land fall atop Takachiho-yama. When she vanished into a cave and the world fell under darkness, the other gods and goddesses devised a plan to lure her out. Another goddess performed a dance so salacious that Amaterasu was forces to emerge to see what all the fuss was about.

The dance, iwato kagura, is still performed  at the Takachiho-jinja shrine. At the Amano Iwato-jinja shrine, you can see see the cave that Amaterasu is said to have hid in as well as the cave where the other gods and goddesses are said to have discussed a way to lure Amaterasu out. 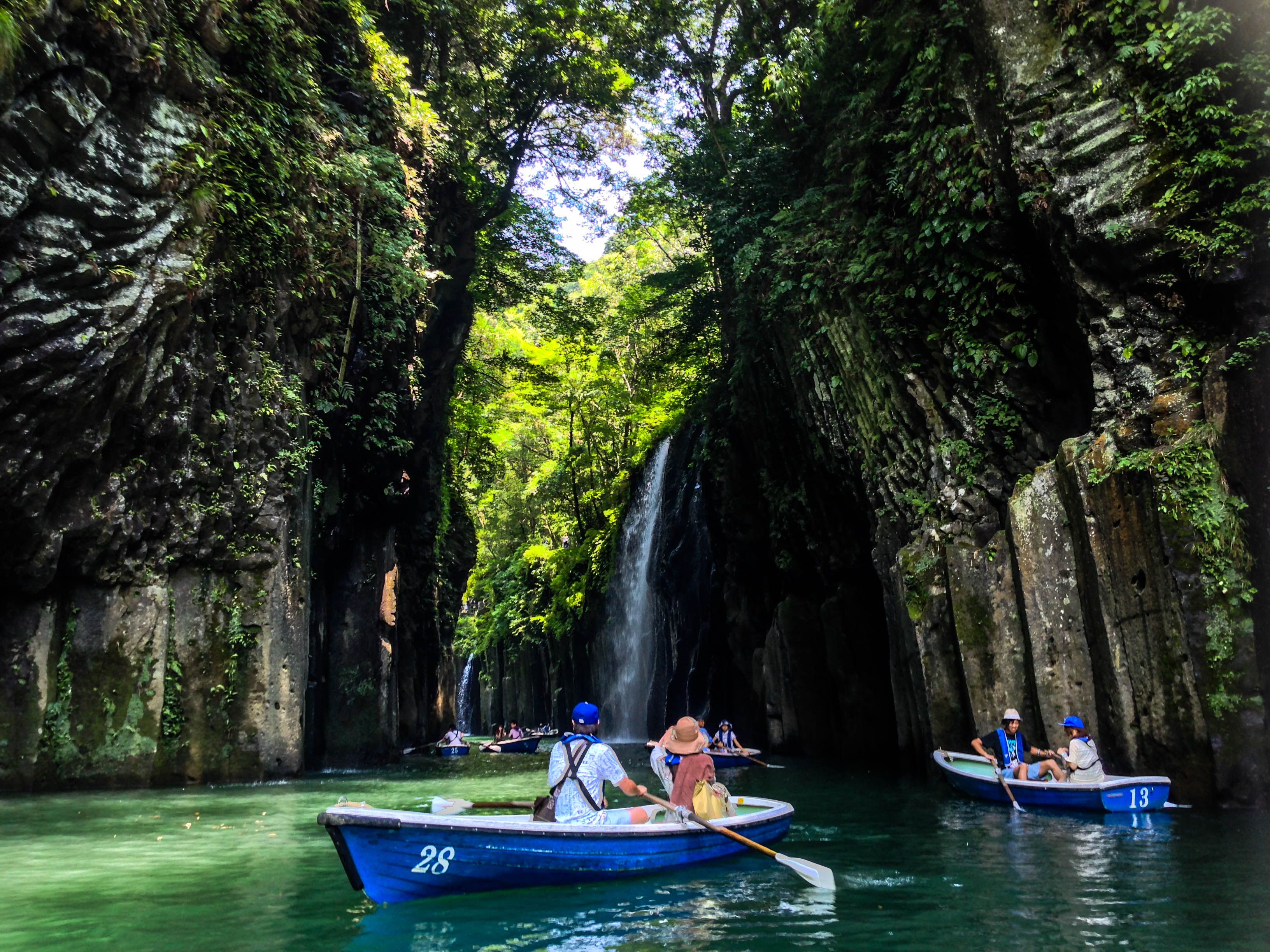 Since I had planned to meet up with friends from Kagoshima for lunch and a boat ride through the gorge, I didn’t make it to the other shrines this time.

After a few minutes of ogling the gorge, I met up with the others and we set off for our boat ride. When you arrive at the gorge, it’s best to book a boat first thing as the wait can be as long as 4 hours, especially during the summer and on public holidays. We were lucky in that we only had to wait about an hour or so.

We were also lucky enough to have two guys in our group who offered to row the boats, so I got to spend the time marvelling and taking photos. The teal water looked so inviting in the heat, but I was warned not to touch it; it’s considered sacred after all. 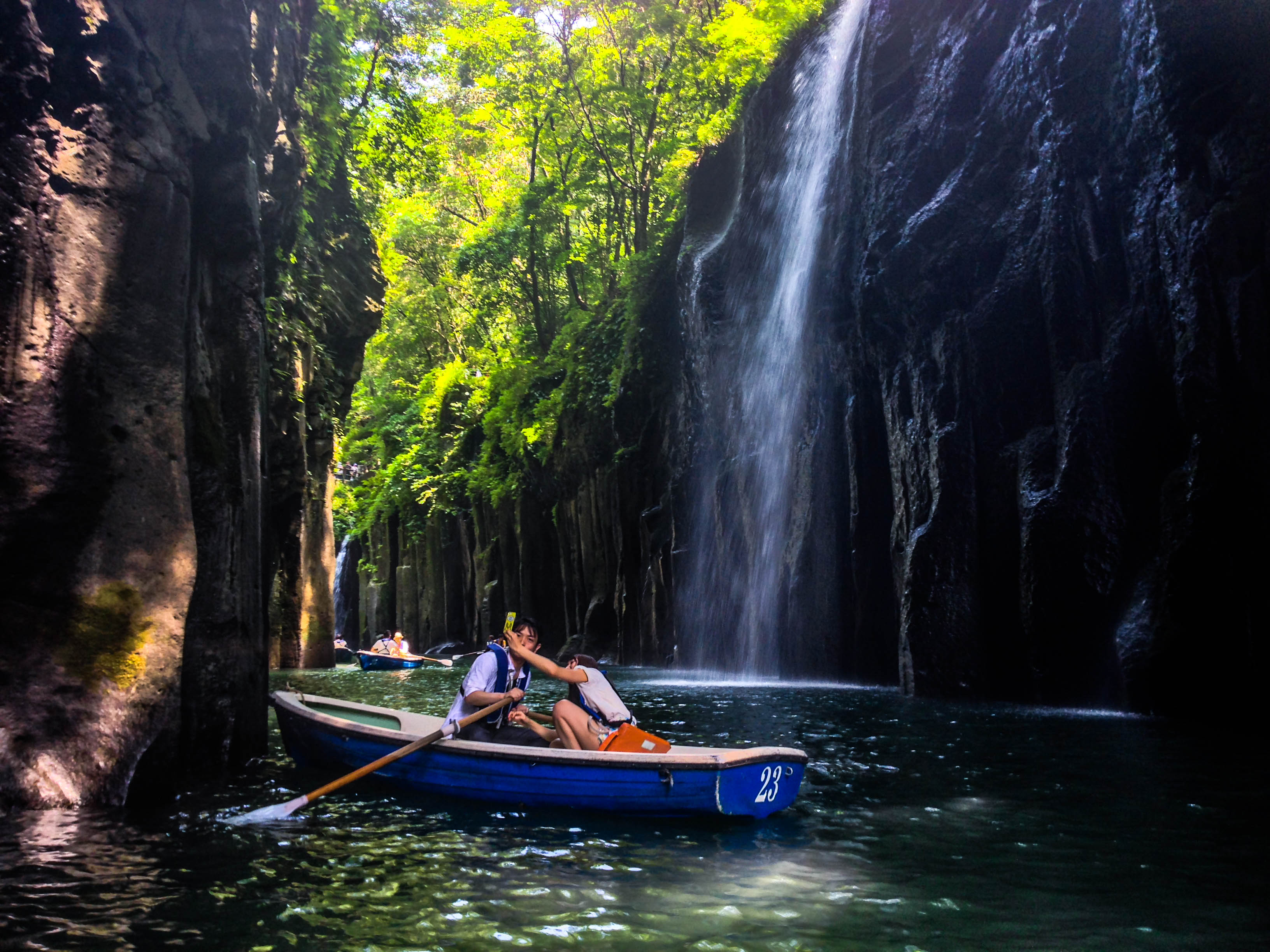 As we passed through the gorge, the noise of oars hitting rock was drowned out by the mighty Manai Waterfall, which plunges about 20 m (65 ft) into the river. The 20 minutes we were allocated for the boat ride didn’t seem long enough and we soon had to head back.

By that time, noon was well upon us and we had all worked up an appetite. We decided to try a restaurant a little further out from the center of town, which was overrun with tourists. 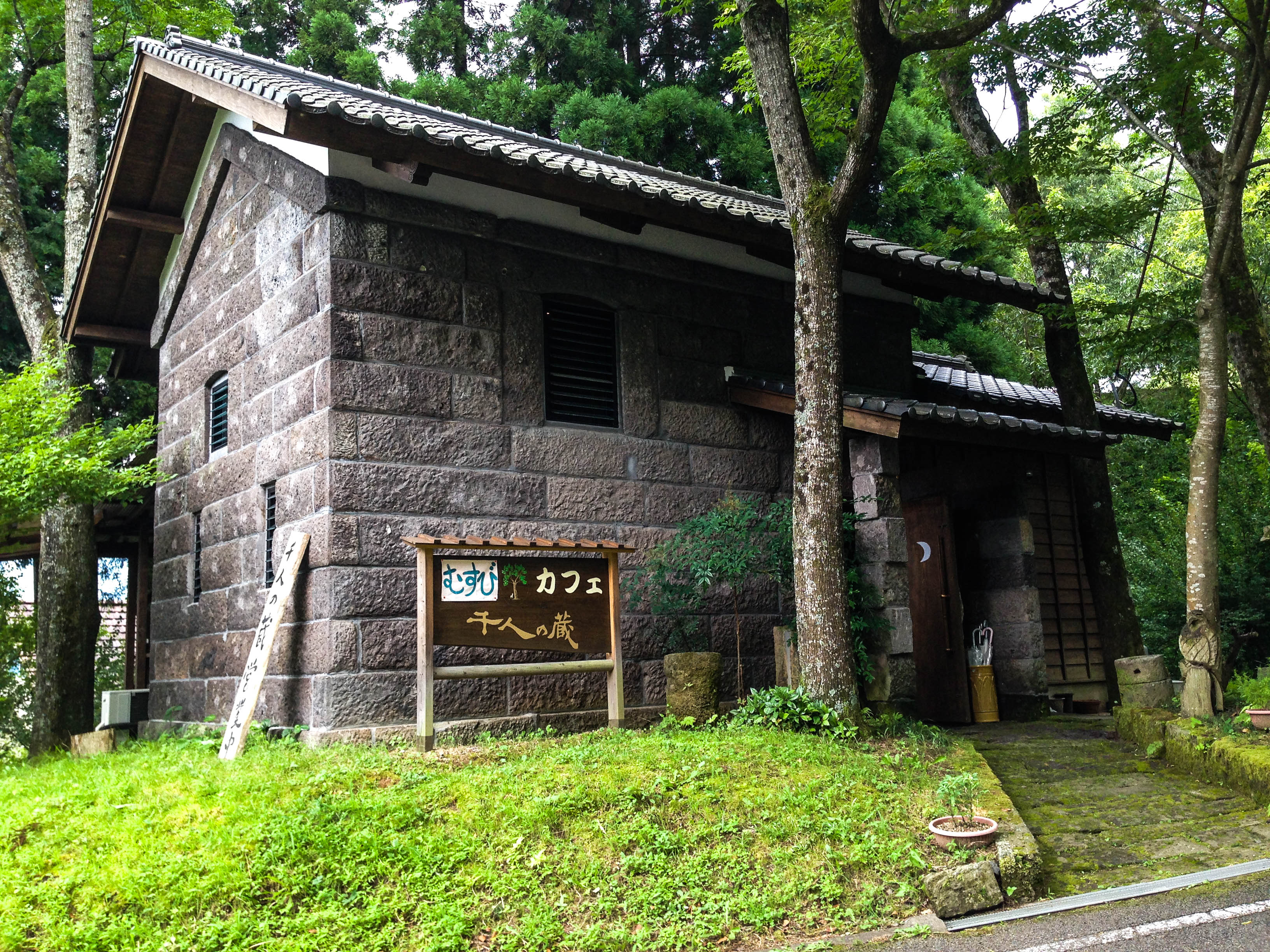 Cafe Musubi is just below the Amanoiwato hot spring, about 7 km (4 mi) from Takachiho Gorge. The small restaurant has a limited menu of onigiri (rice balls), curry and dessert, but the food is delicious and well-priced. The staff are really friendly and even speak a bit of English. 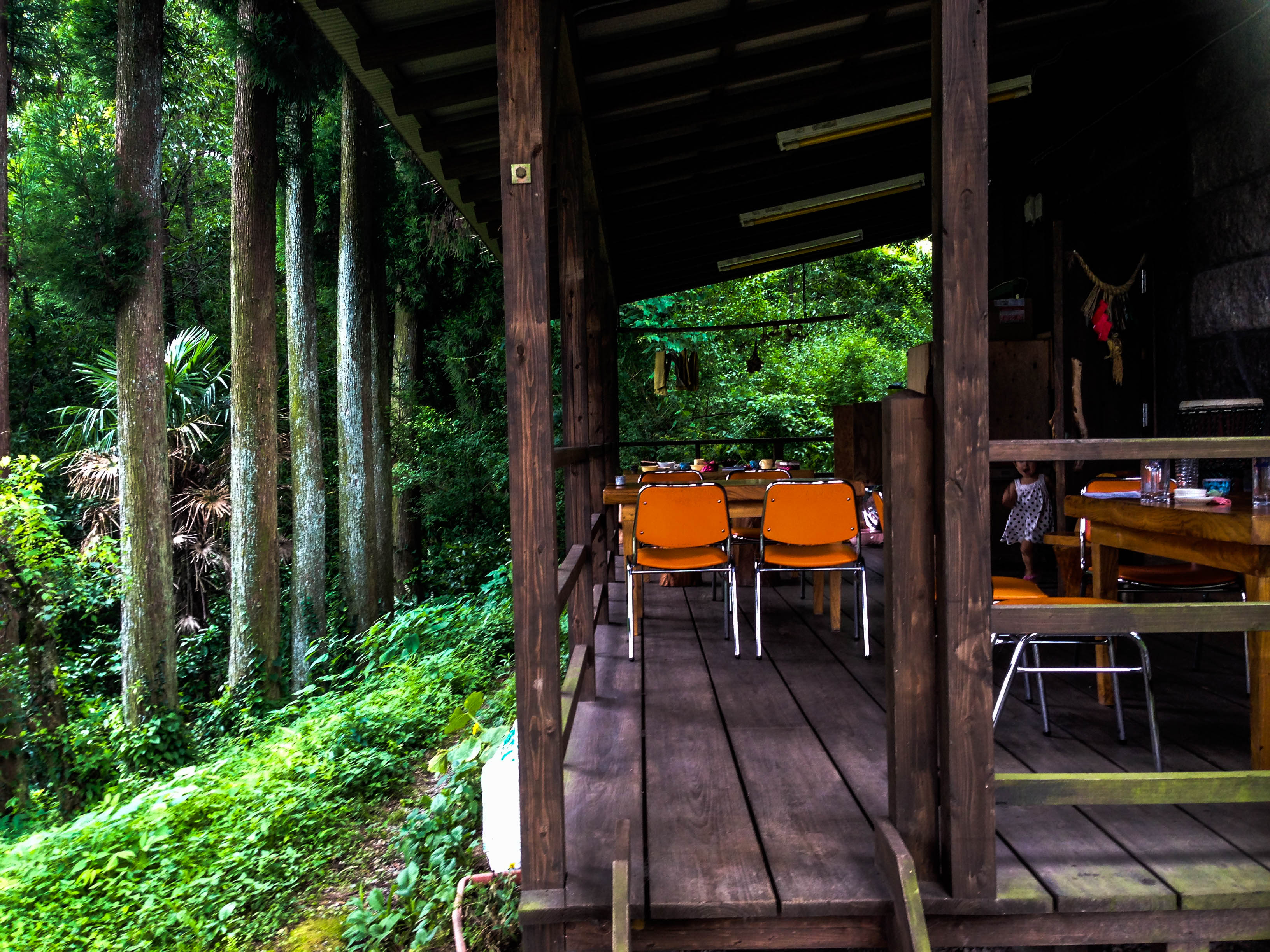 We sat on the deck which has a beautiful view of the surrounding countryside, and bought some local tea from the adjoining shop.

After lunch, the weather took a turn for the worse and I decided to head back before it rained. The long drive was well worth it – Takachiho is one of the most beautiful places I have visited in Japan. I’m already itching to go back and explore more of the town and visit the shrines. 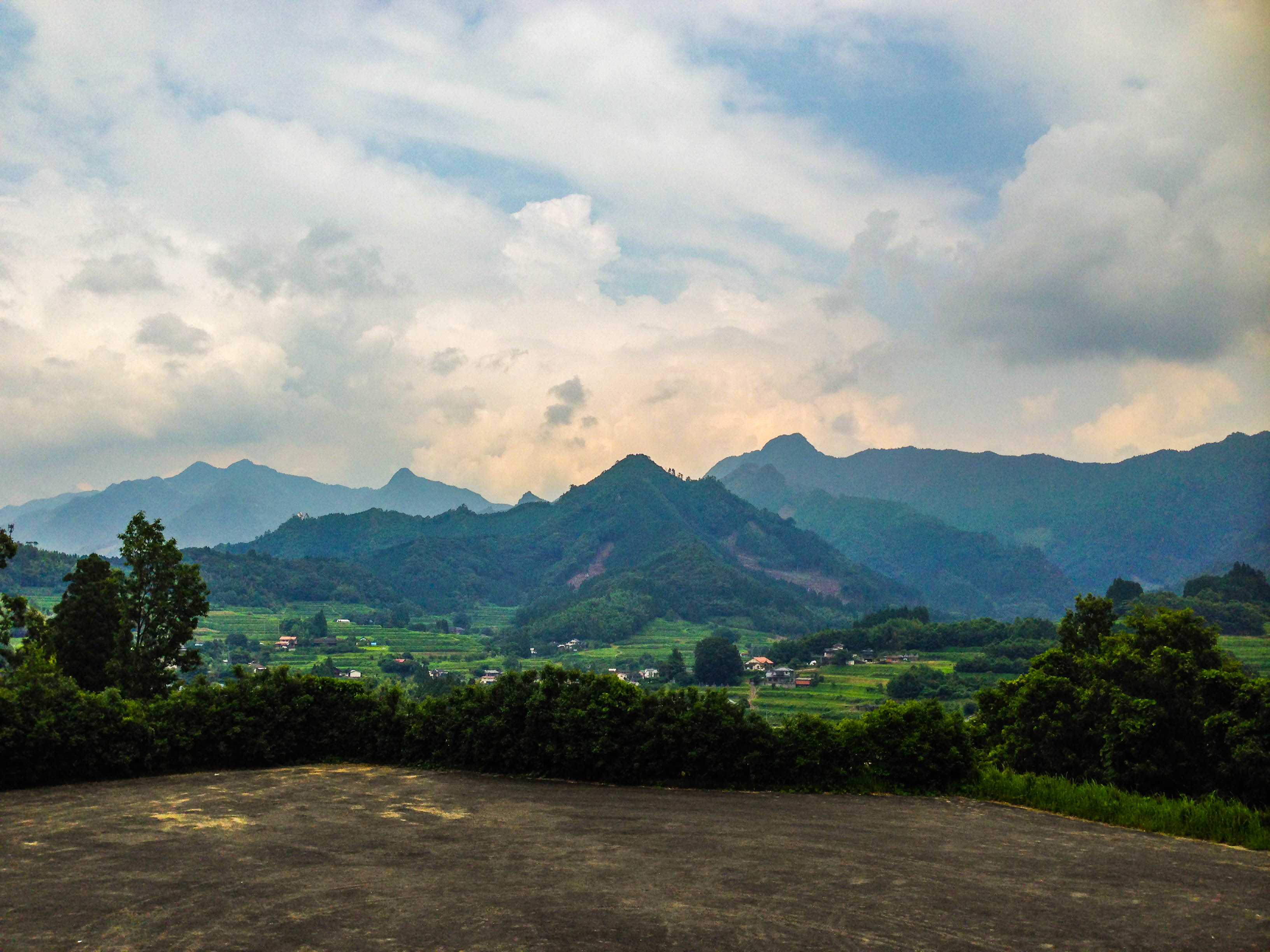