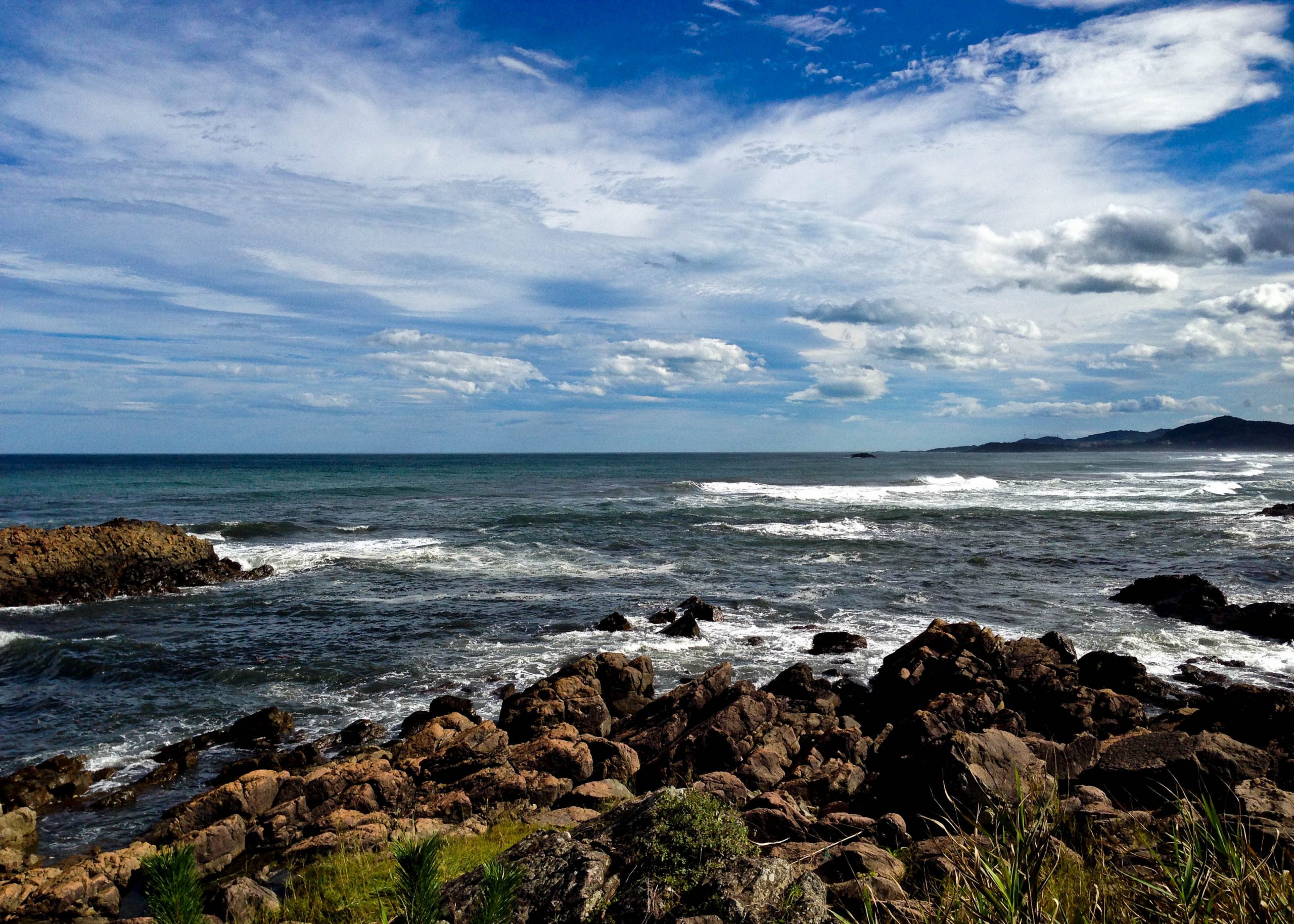 Since moving to Miyazaki, I have spent many a weekend visiting friends in the city of Hyuga. Located in the northern part of the prefecture, the port is a hub of economic and industrial activity. It is also a popular surfing spot and famous for its natural beauty.

I spent a day exploring some of Hyuga’s most popular attractions, all of which are free of charge but offer priceless views of the breathtaking scenery.

1. Cape Hyuga
At the top of Cape Hyuga sits Umagase, a v-shaped gorge formed by coastal ersosion. The 70 m high cliffs resemble the back of a horse and are one of several sights on the walking trail that leads all the way to the tip of the cape. There you can see an unobstructed panoramic view of the ocean. 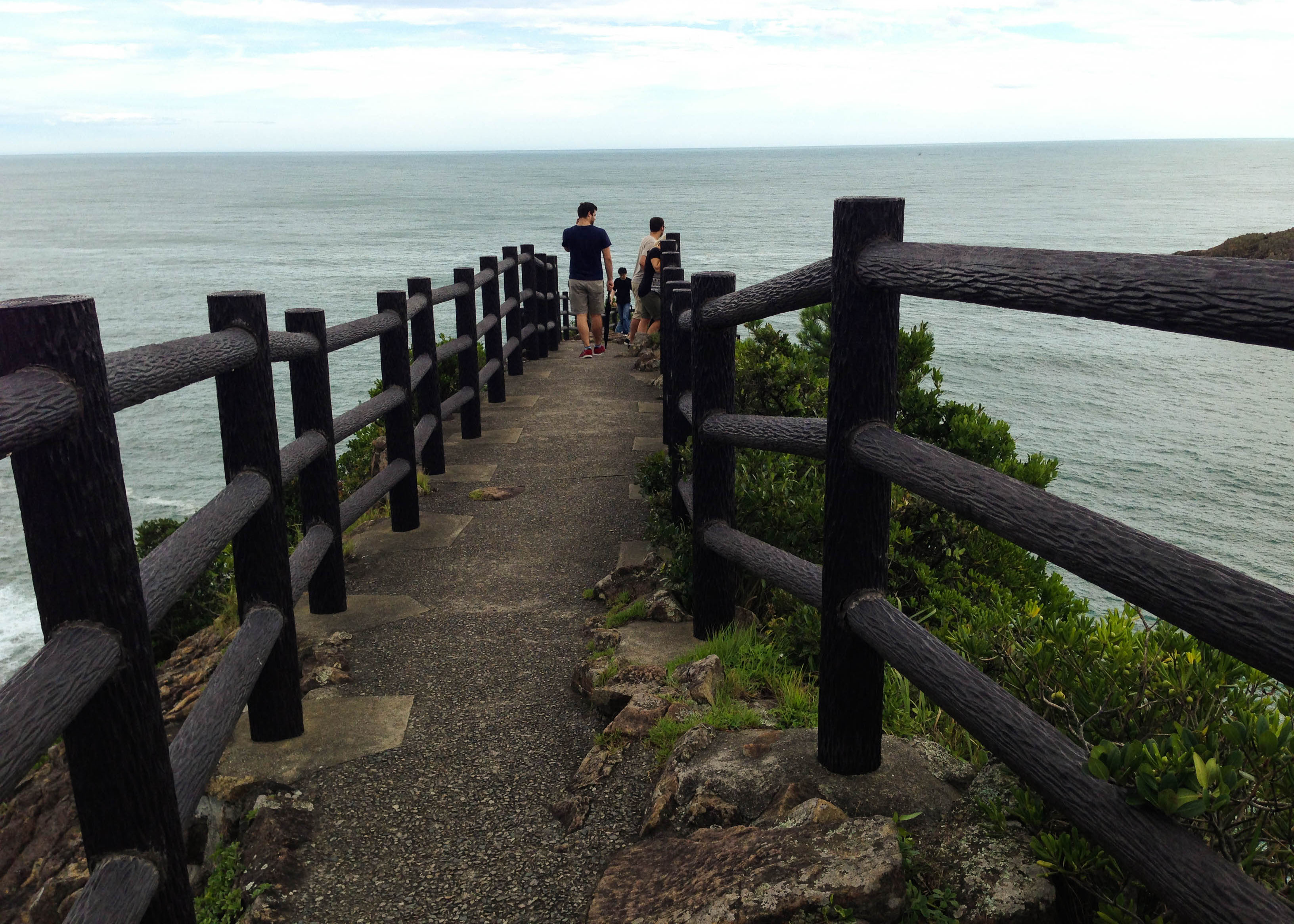 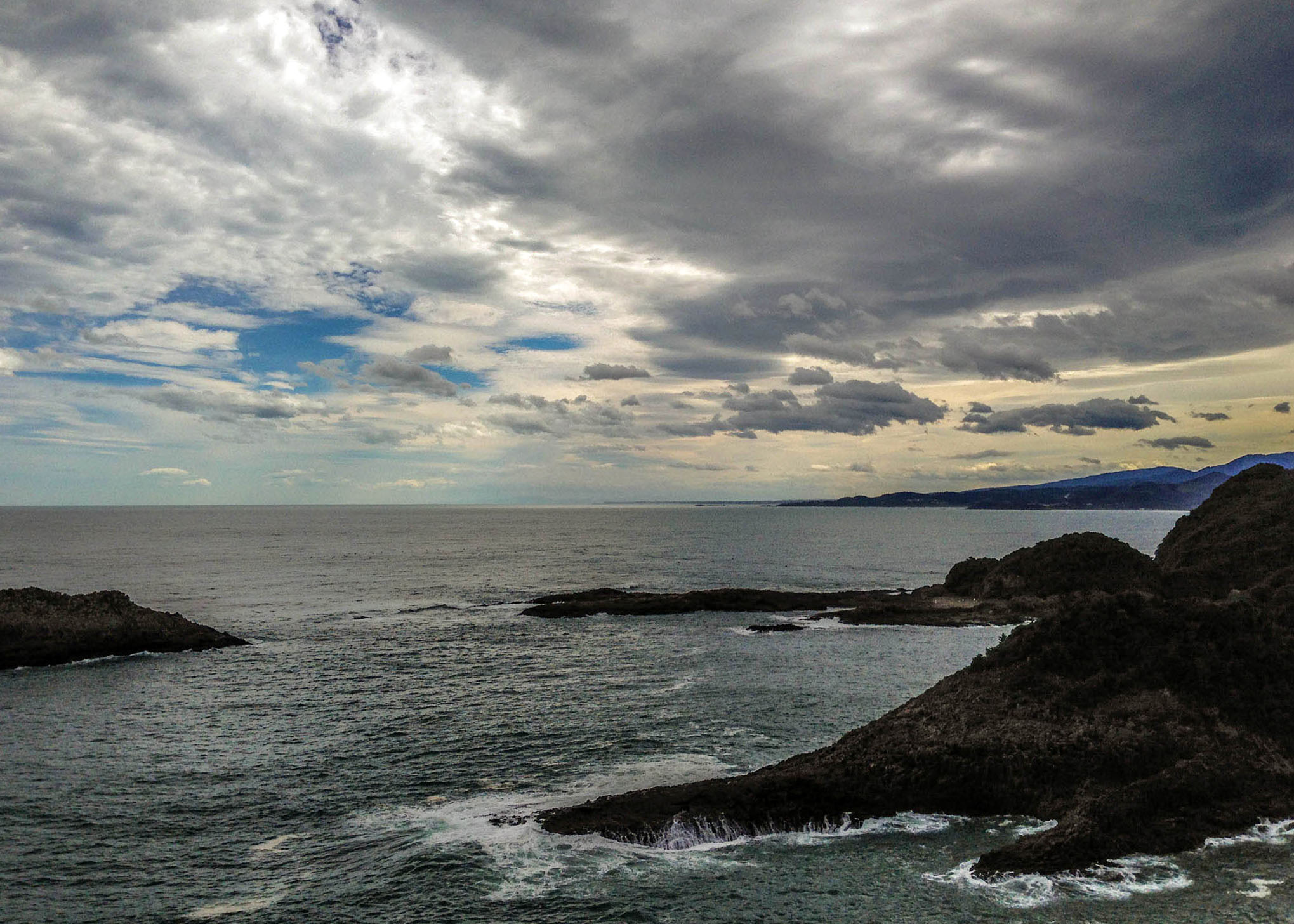 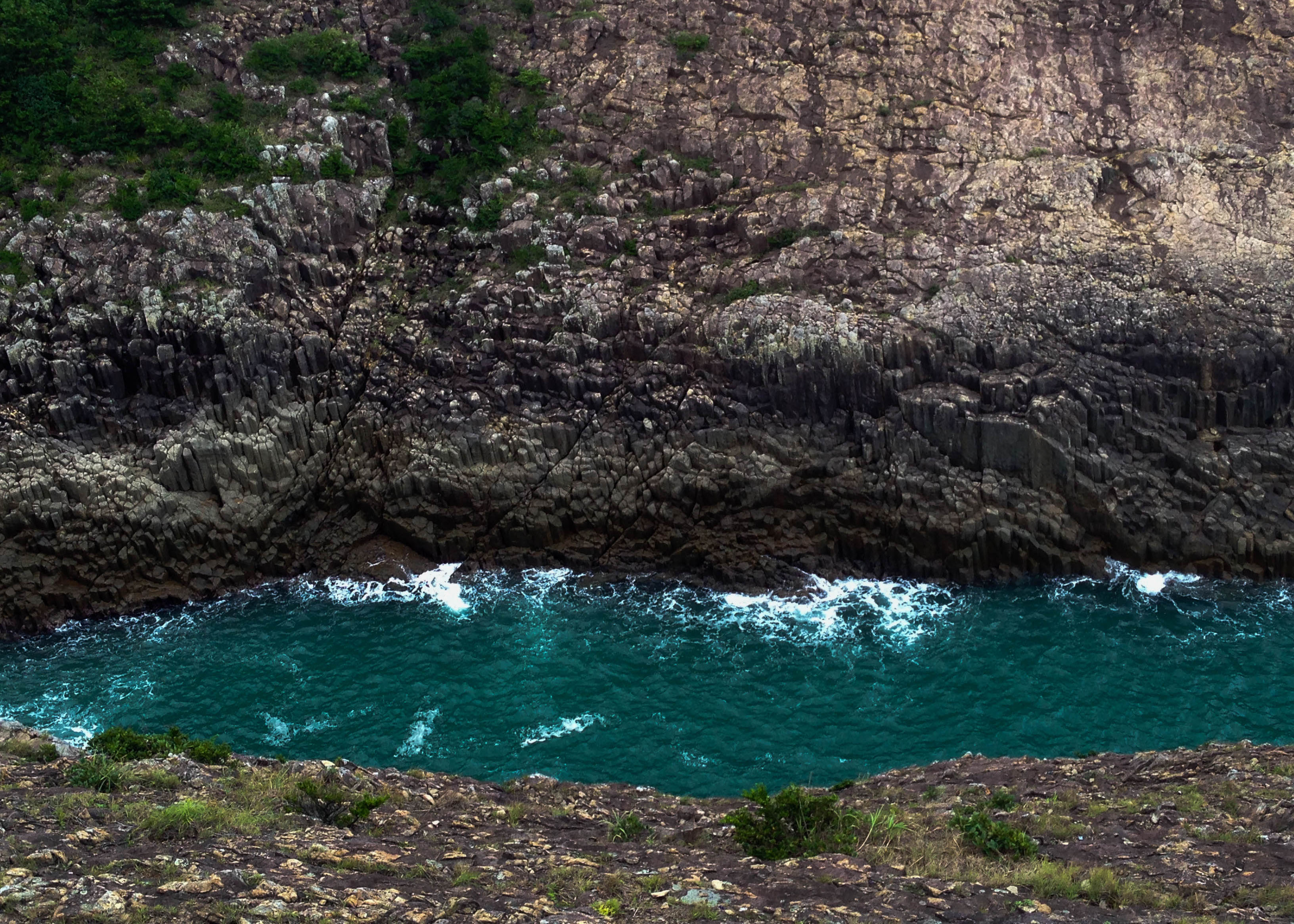 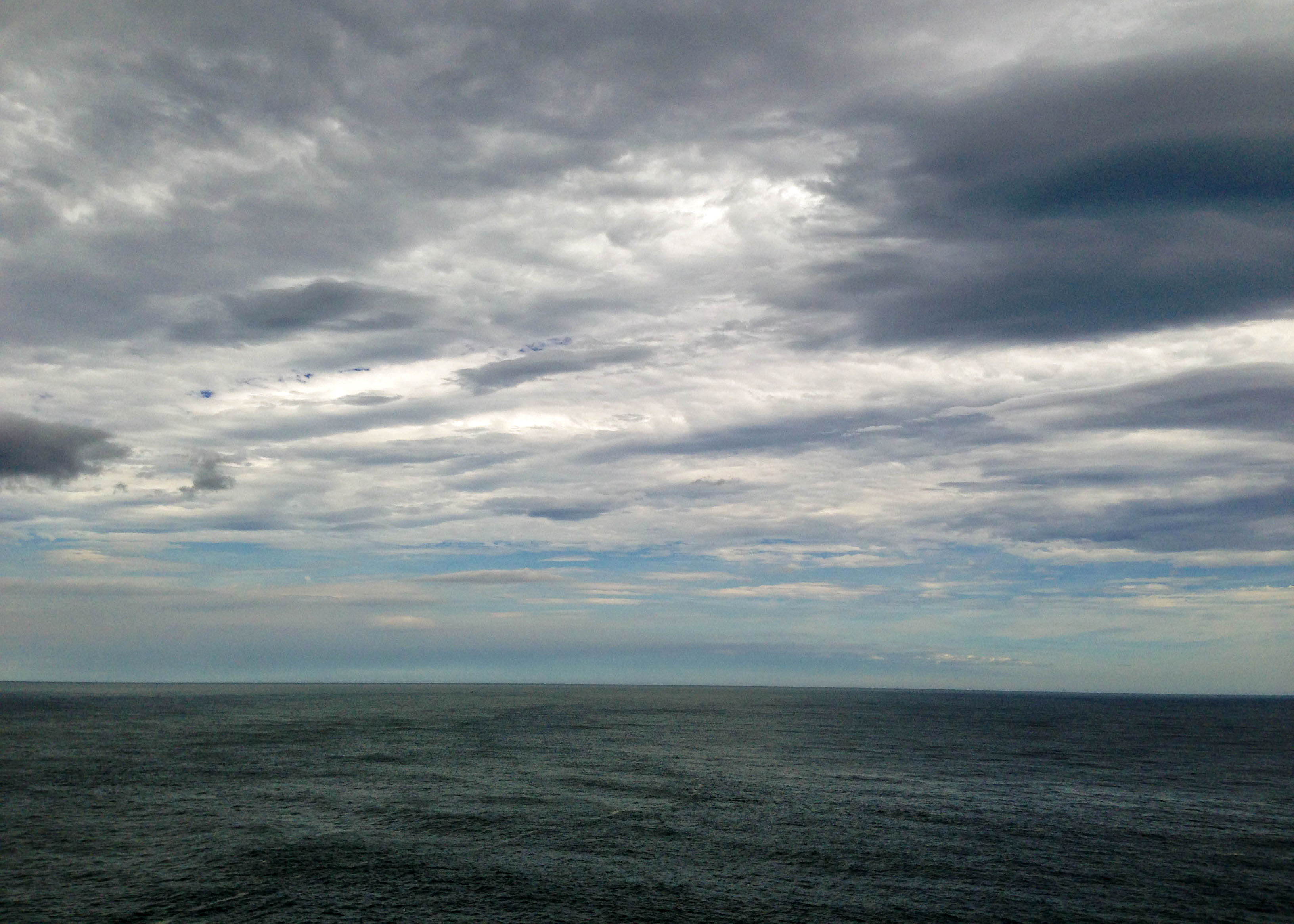 2. Omi Shrine
Built in 1936, Omi Shrine is said to honour the great sun goddess, Amaterasu Omikami. The history of the shrine is shrouded in myths; one tells of the god Niniginomikoto, who found a beautiful cove when he was sent from heaven to Takachiho. He enshrined Amaterasu there and prayed for peace. 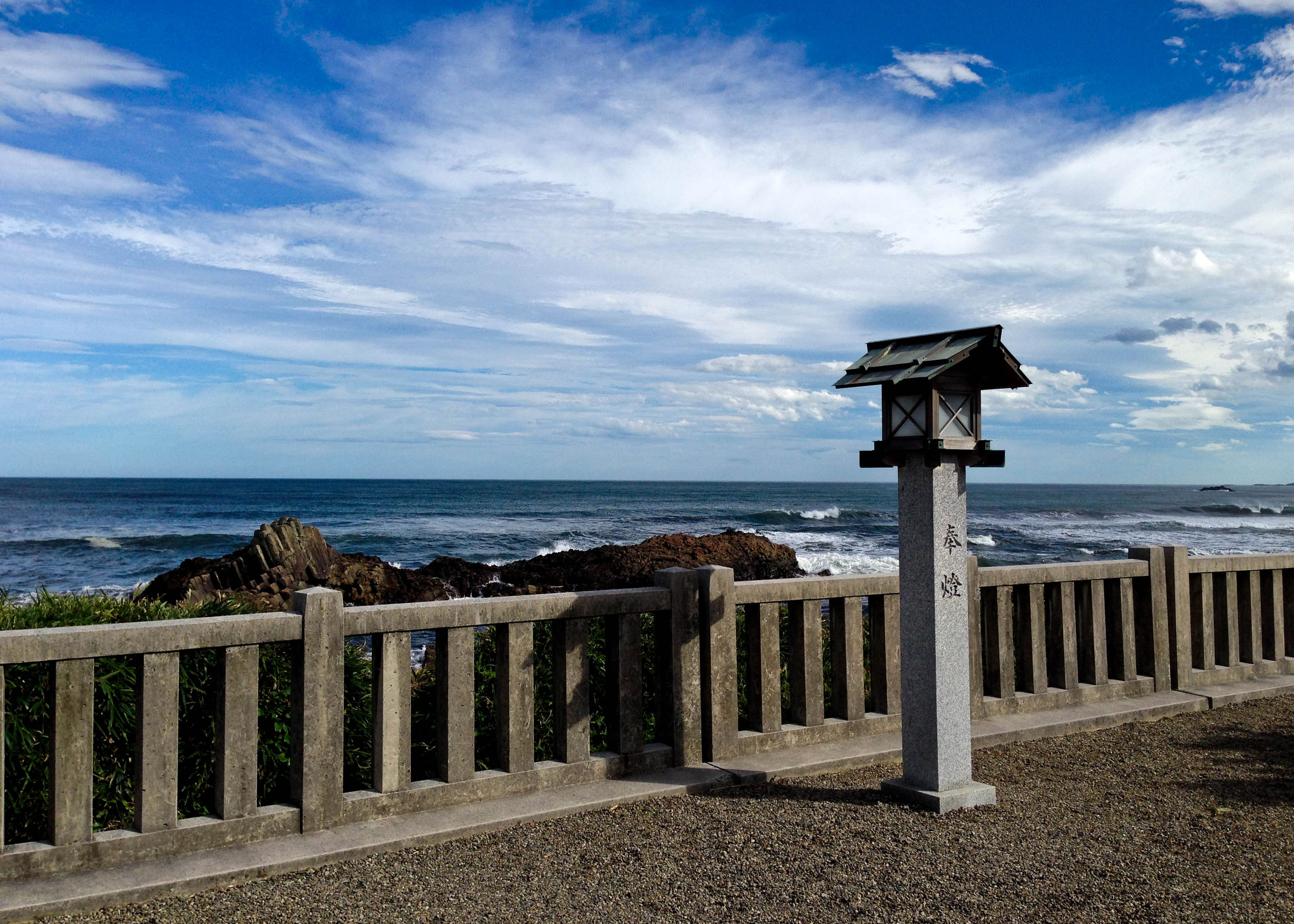 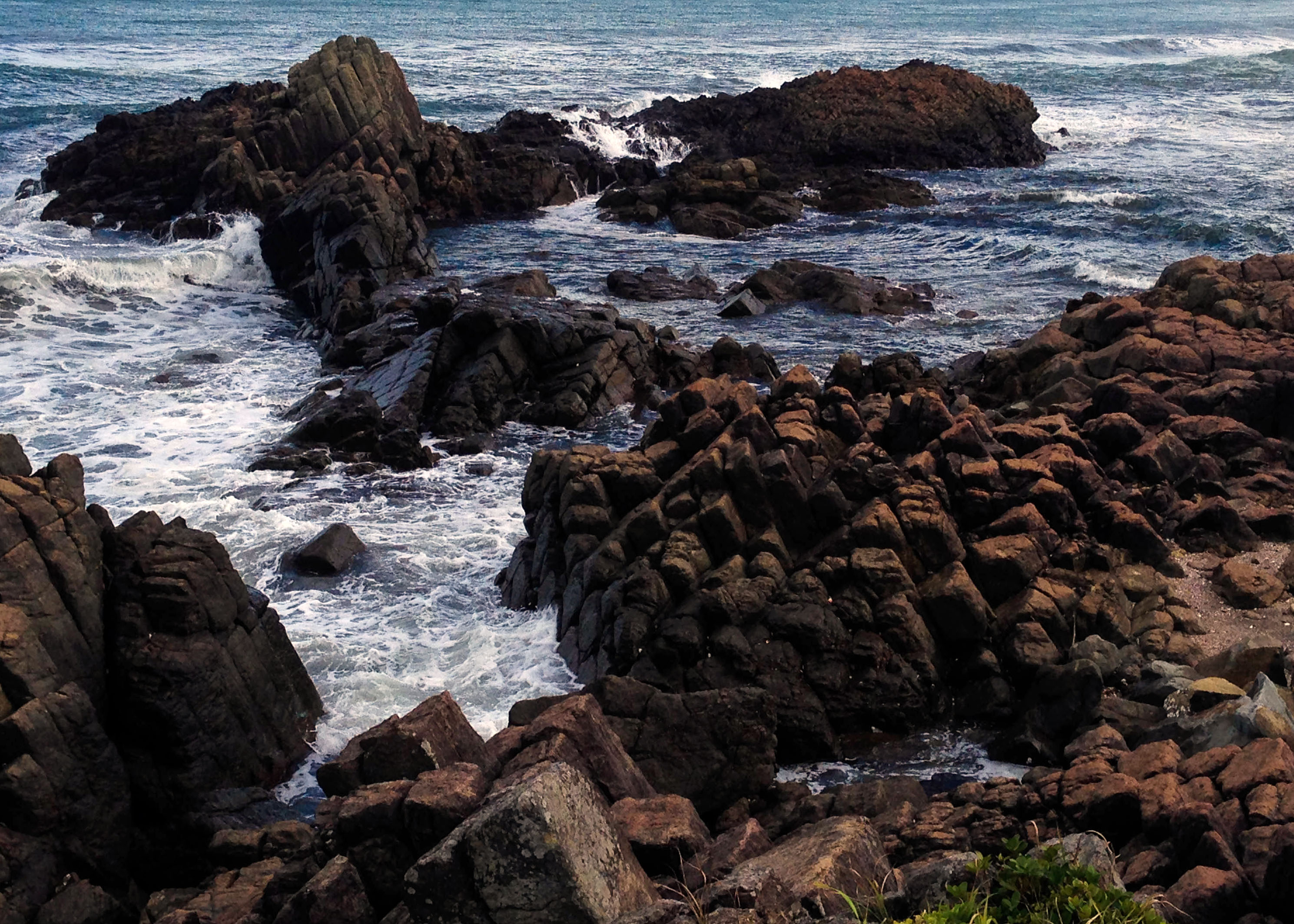 Another tells of the first mythical emporer Jimmu, who stopped at the shrine to pray for victory and safe passage on his way to conquer eastern Japan. He left his whale hunting spear at the shrine as an offering to the gods. 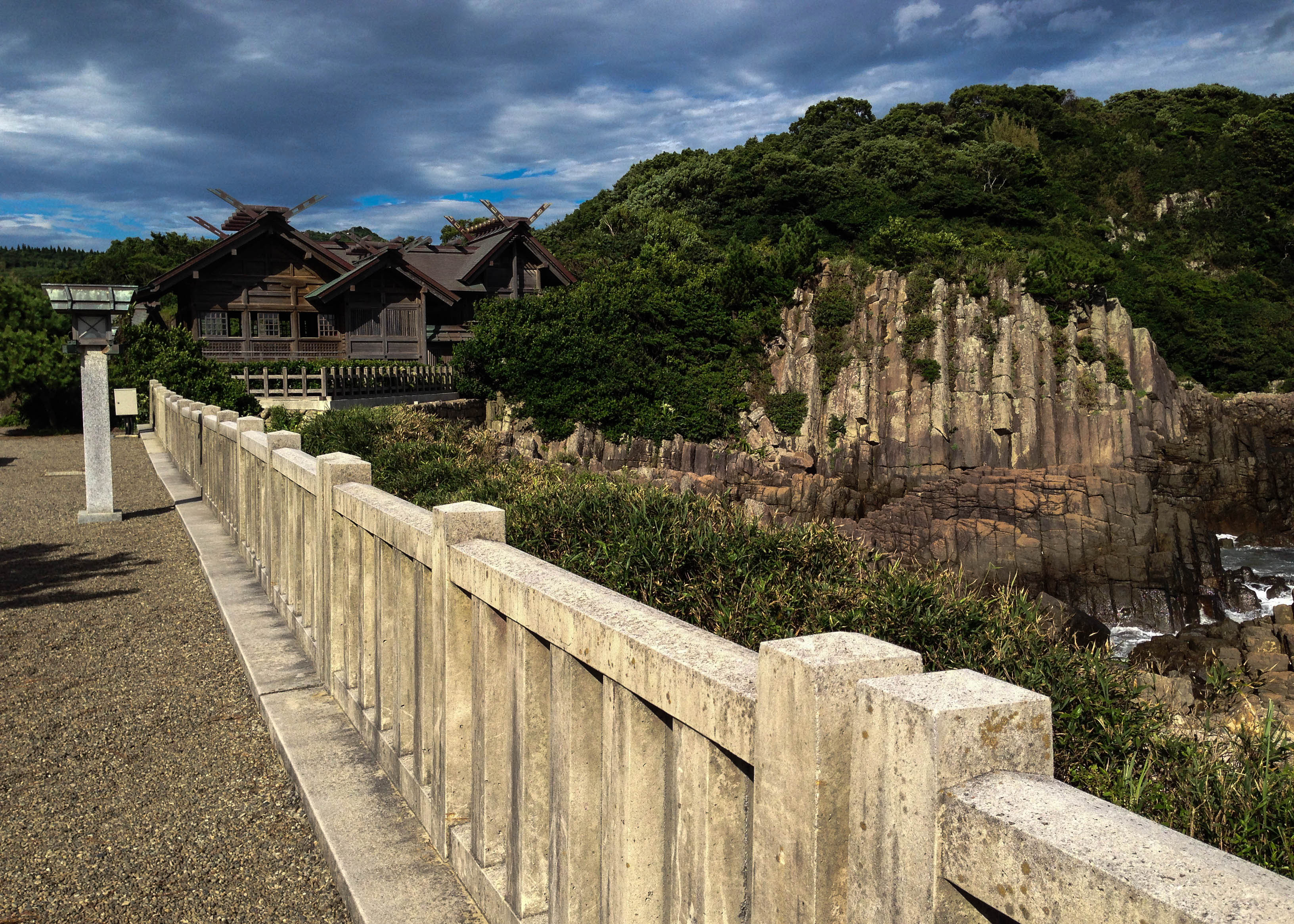 The Shrine has since been patronized by lords of Nobeoka and Hichiya, and is also known as ‘Oisesama’ for its architectural resemblance to Ise Shrine. 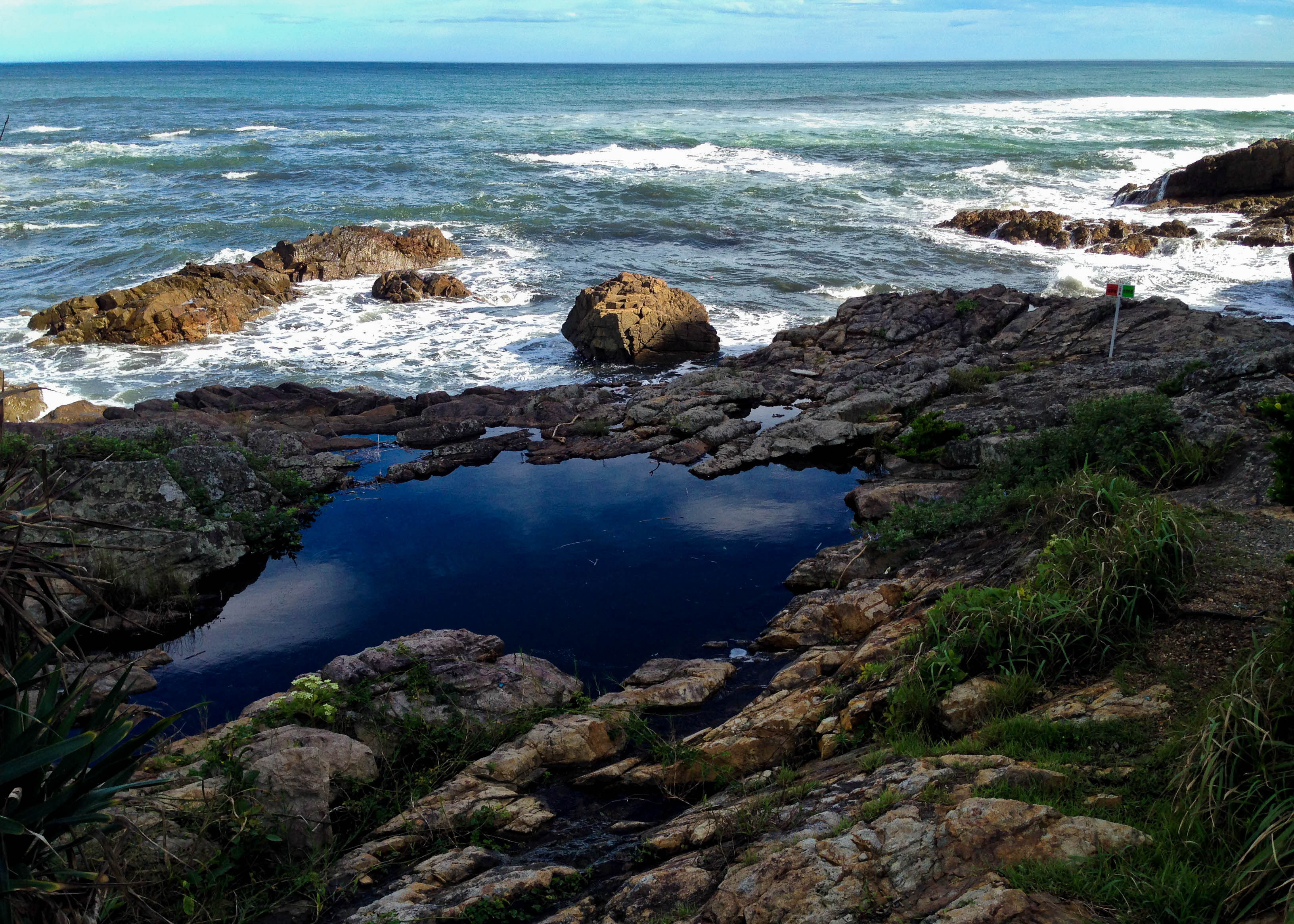 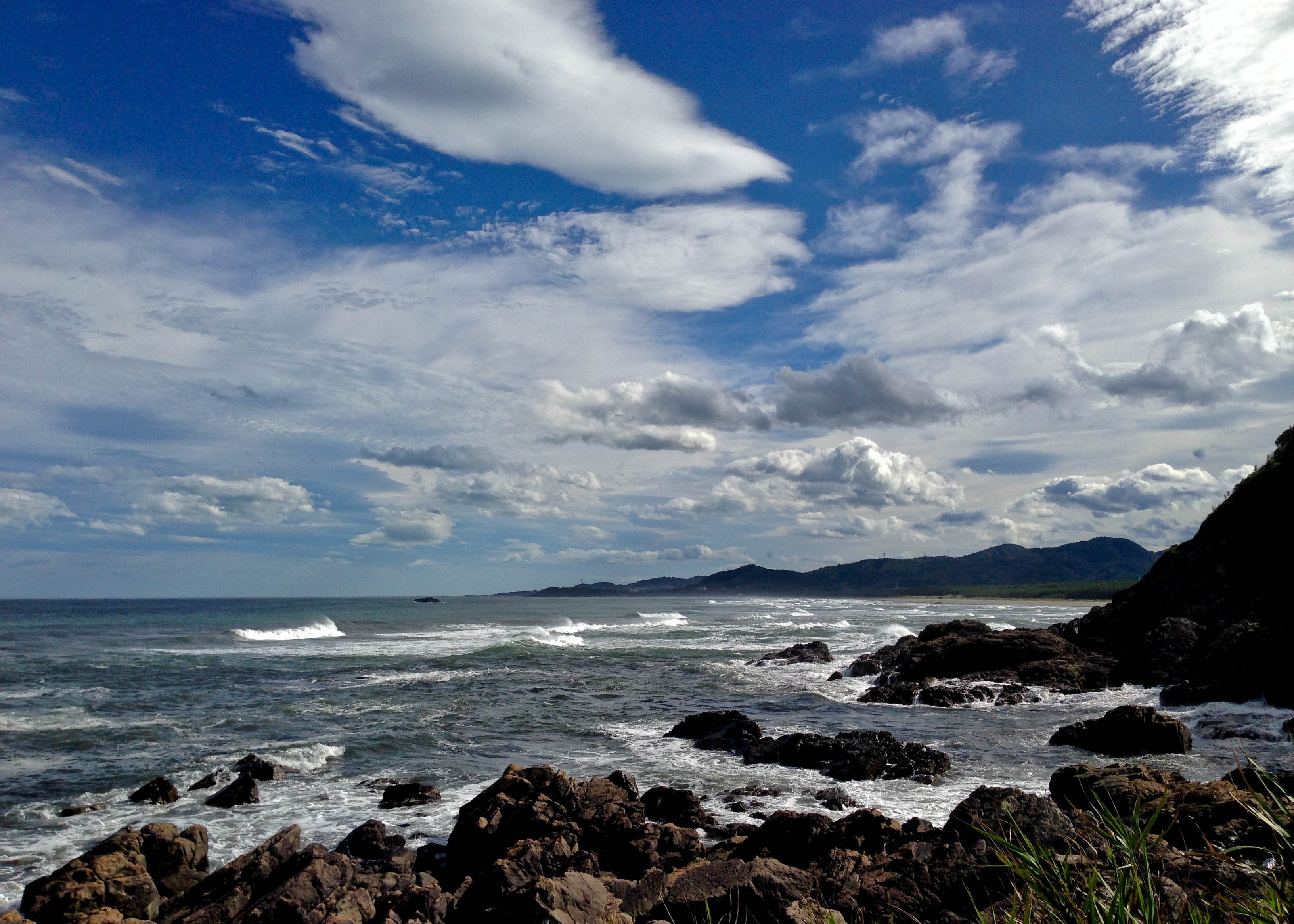 3. Sea Cross
Named for its shape, this natural formation is a result of coastal erosion. Legend has it that any wish made at Sea Cross will come true. 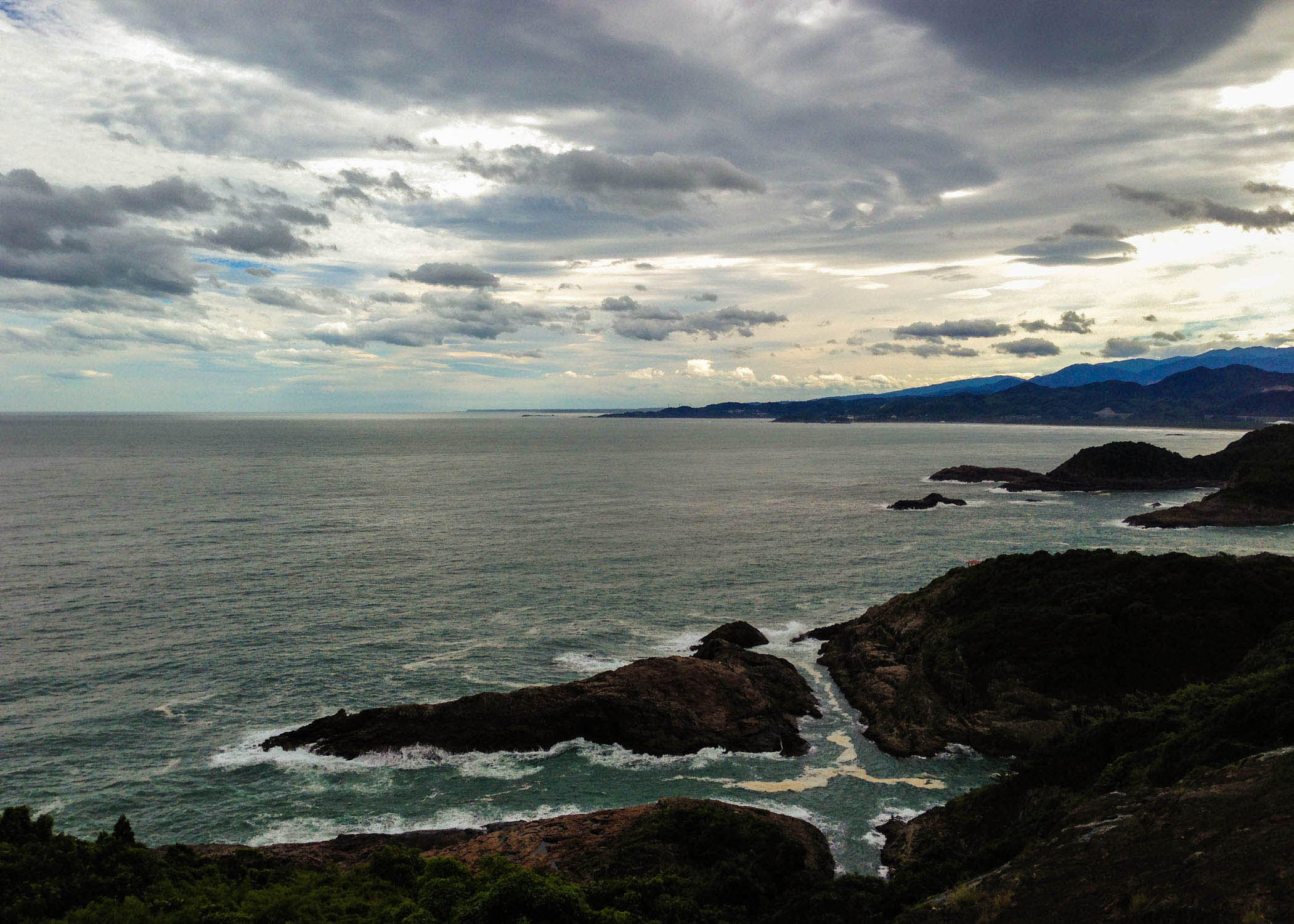 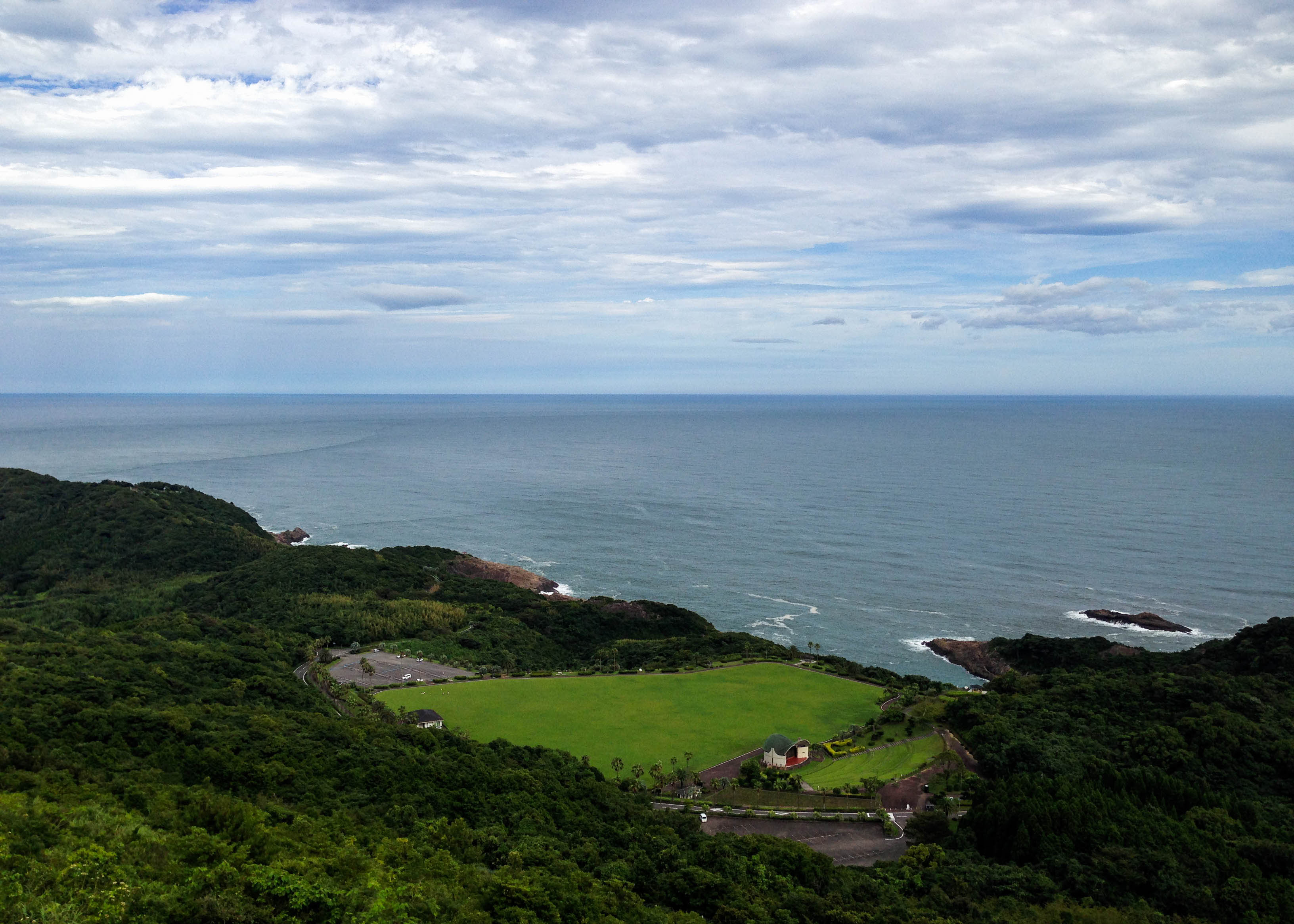 5. Isegahama Beach
Isegahama beach is considered one of the top 100 swimming beaches in all of Japan. It’s also a good spot for surfing and walking. To the south there is a set of steep stairs that lead to a small shrine in a cave. If you stand in the cave and look out at the right angle, you can see the shape of a dragon. The cave is only accessible at low tide. 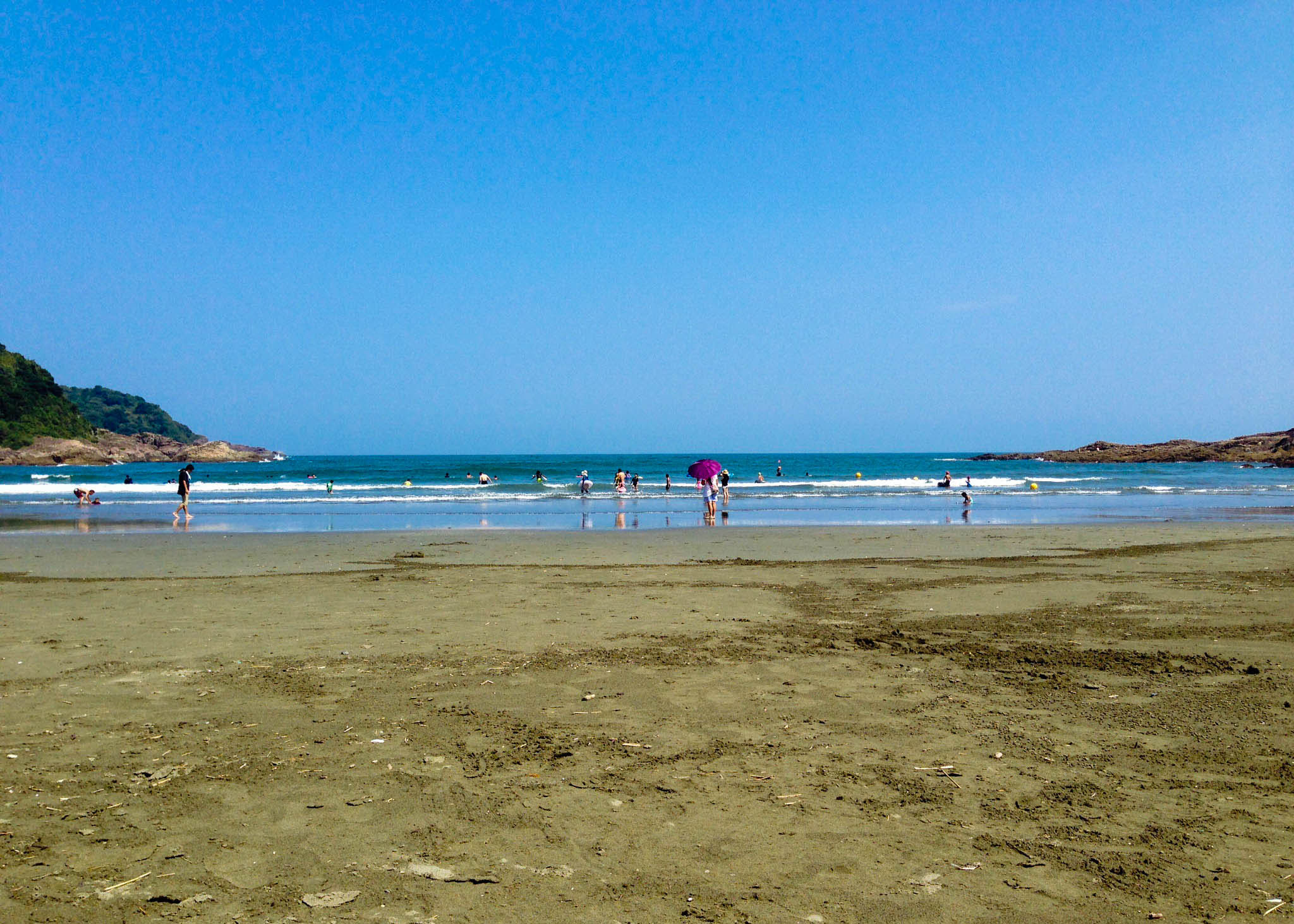 Nice post. Japan is quite unfamiliar for me. It’s always cool to read articles like this and discover different parts/stories about this country. Thanks a lot for your tips. Cheers.

Thanks! Glad to hear they’re a help 🙂 Japan is an amazing country.