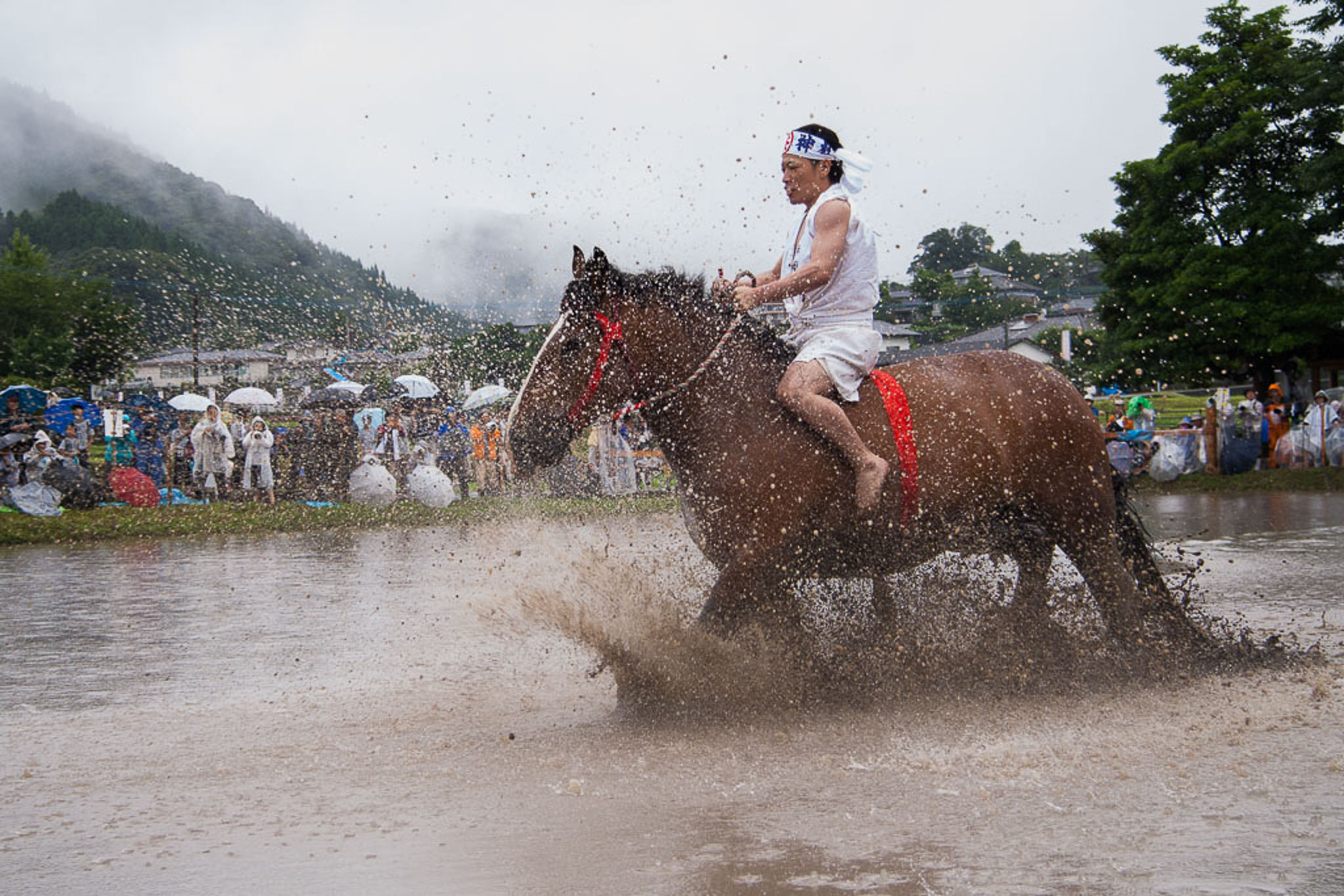 Here in the inaka, rice fields are woven into the scenery like squares on a patchwork quilt. The need for a calendar is obviated by their narrative of the seasons; glassy strips in early spring, neon sprouts in summer and golden ears by the end of autumn. Kyushu is where paddy cultivation is believed to have begun in Japan some 3,000 years ago. Since then, the grain has endured a long and complex history in the country, and although consumption has declined in recent years, it is still considered a cultural and an economic staple.

The Japanese word for cooked rice, gohan, literally translates to ‘honourable food’, emphasizing the esteem in which the crop is held. In Misato town, a special festival  is held on the first Sunday in July to honour the fields and pray for a good harvest. 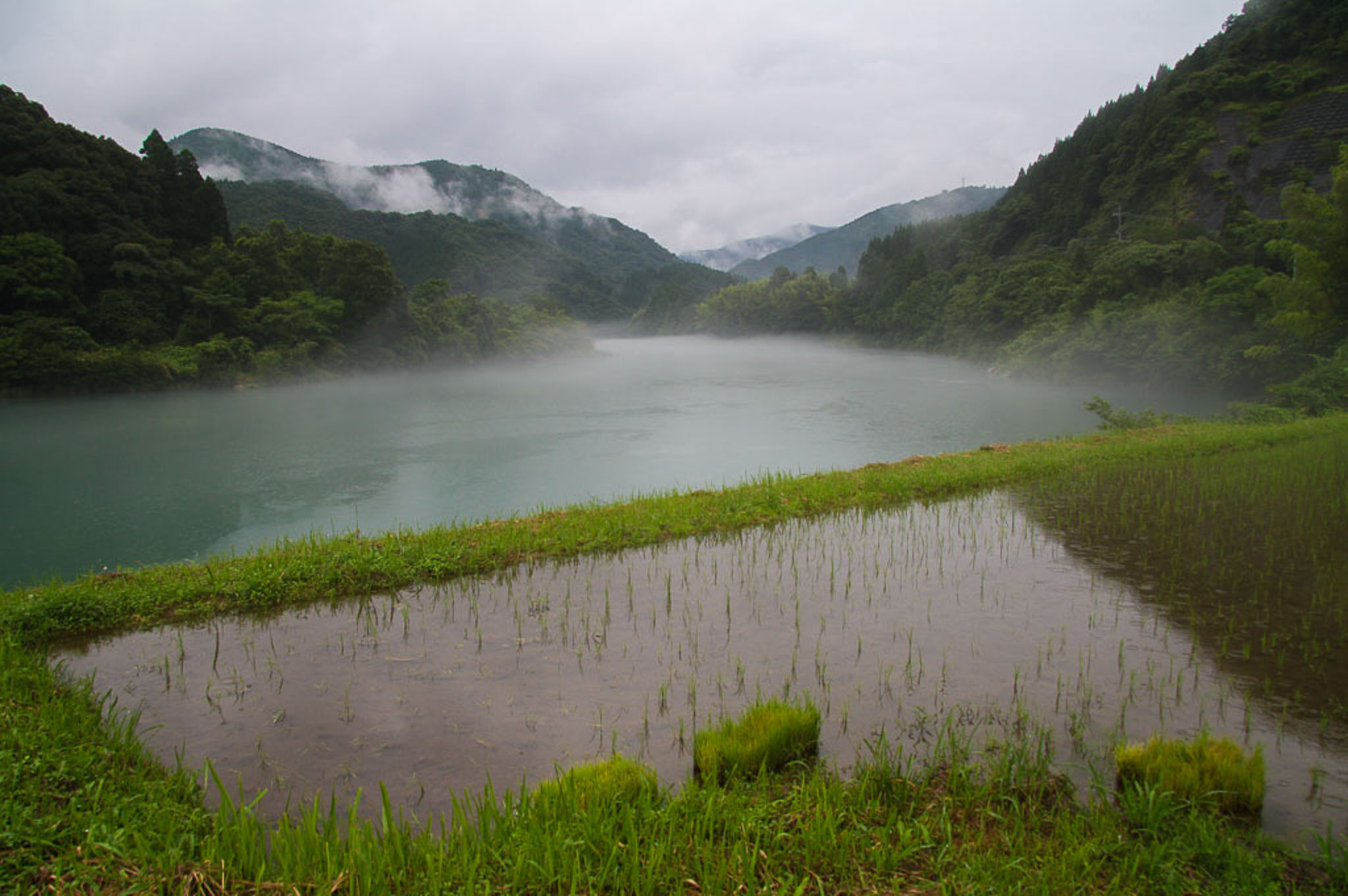 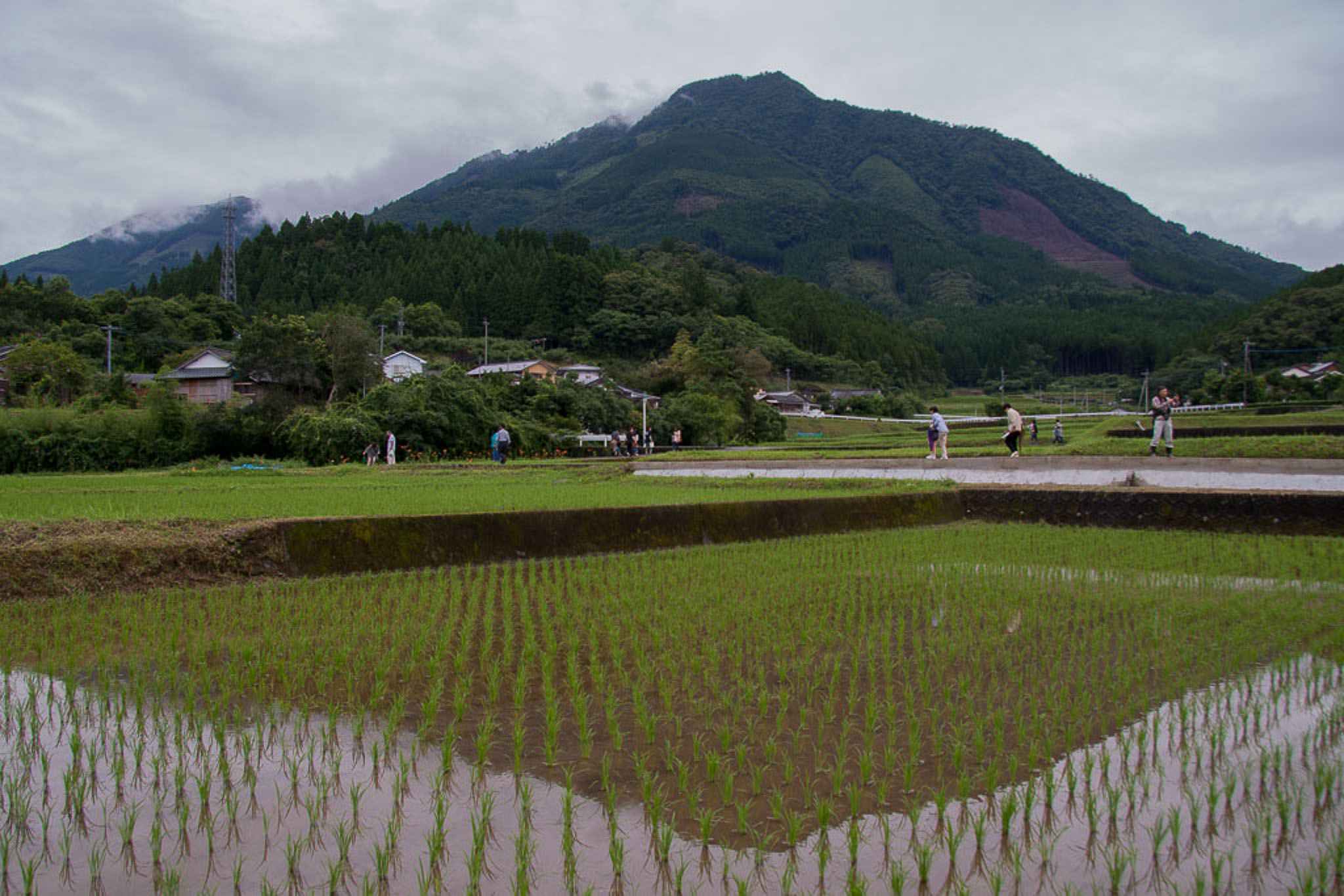 I went along with Mark and Kori, a new ALT from Jamaica, on the 40-min drive from Hyuga to Misato. Another merger formed in 2006 from the previous villages of Kitago, Nango and Saigo, the town has a population of just over 6,000 and the Onta/Onda Festival [御田祭] is one of its main attractions.

The 1000-year old tradition is practised at Tashiro Shrine, where the image of a Shinto deity is brought out to preside over the rituals. But first, horses and cattle are brought into the sacred fields to bless the soil and bring up the mud – getting splashed is said to bring you good luck. 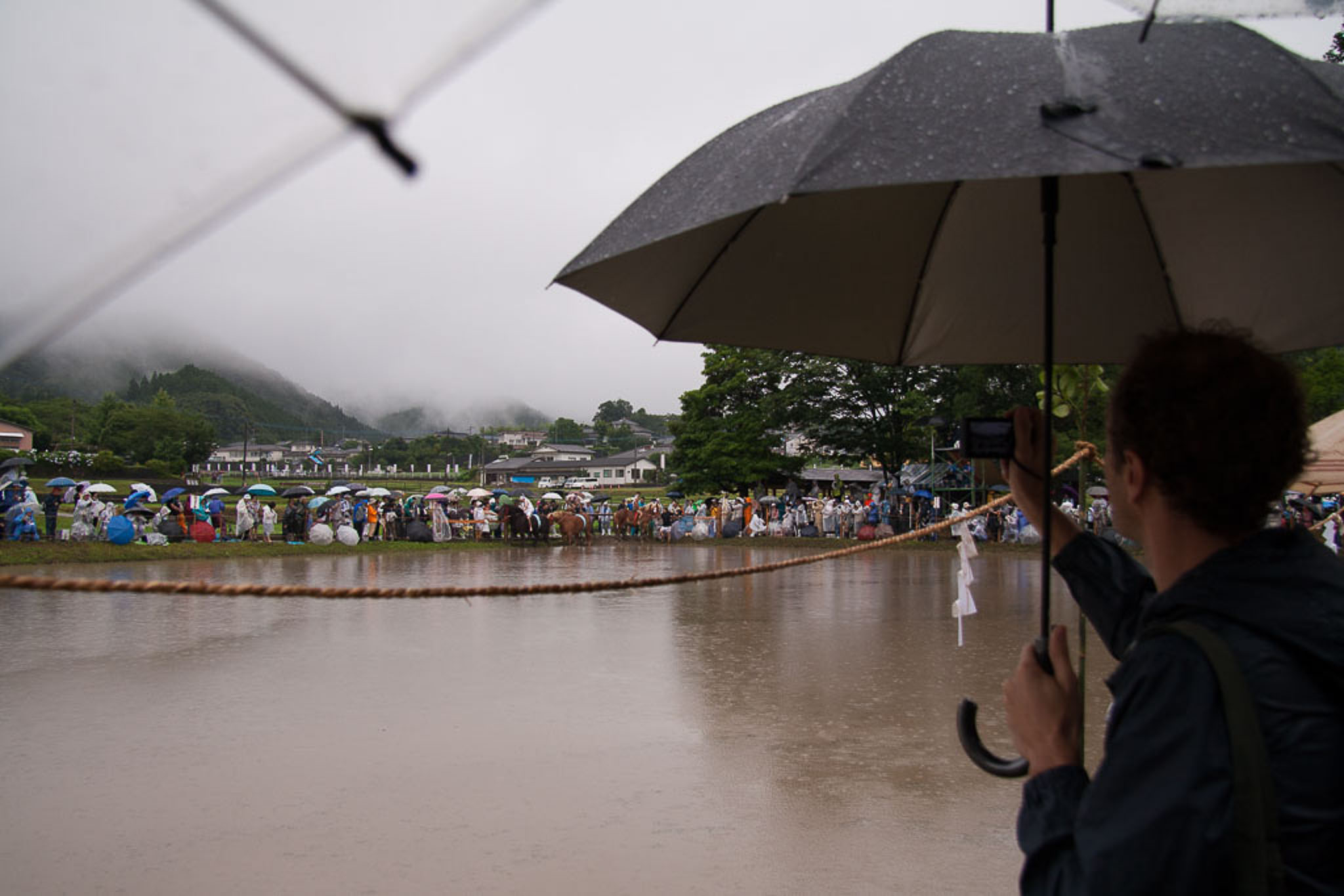 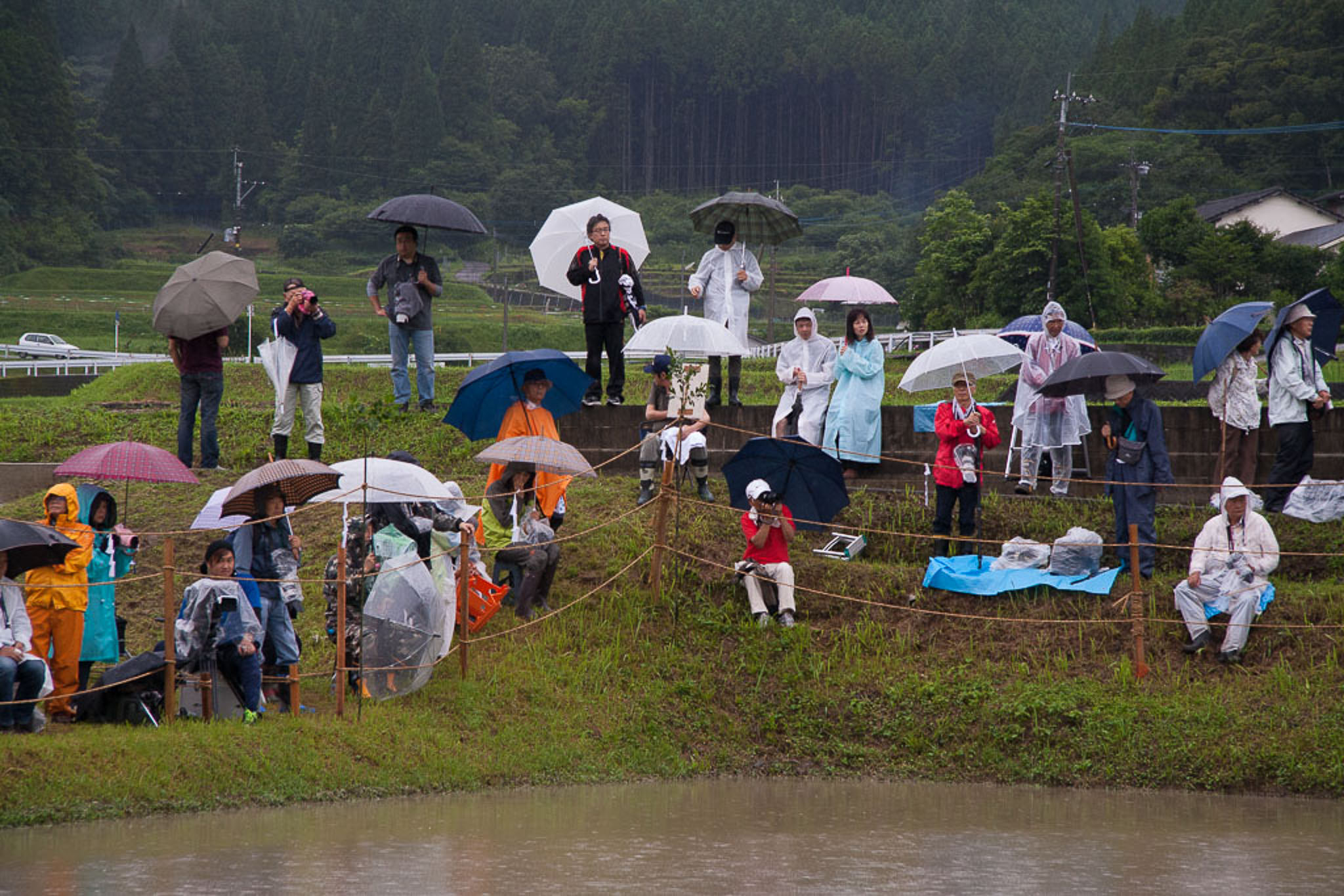 In true tsuyu style, it had been pouring for the better half of the morning so everyone was huddled under raincoats and umbrellas, shielding their cameras from the drops. An annual photo contest with a sizeable chunk of prize money had everyone vying for the winning shot.

The horses’ blessing must have gone on for an hour and it was my favourite part of the festival; they got a bit unruly and kept throwing the jockeys off and then galloping away, as if to say “that’s what you get for making us do this in the rain.” 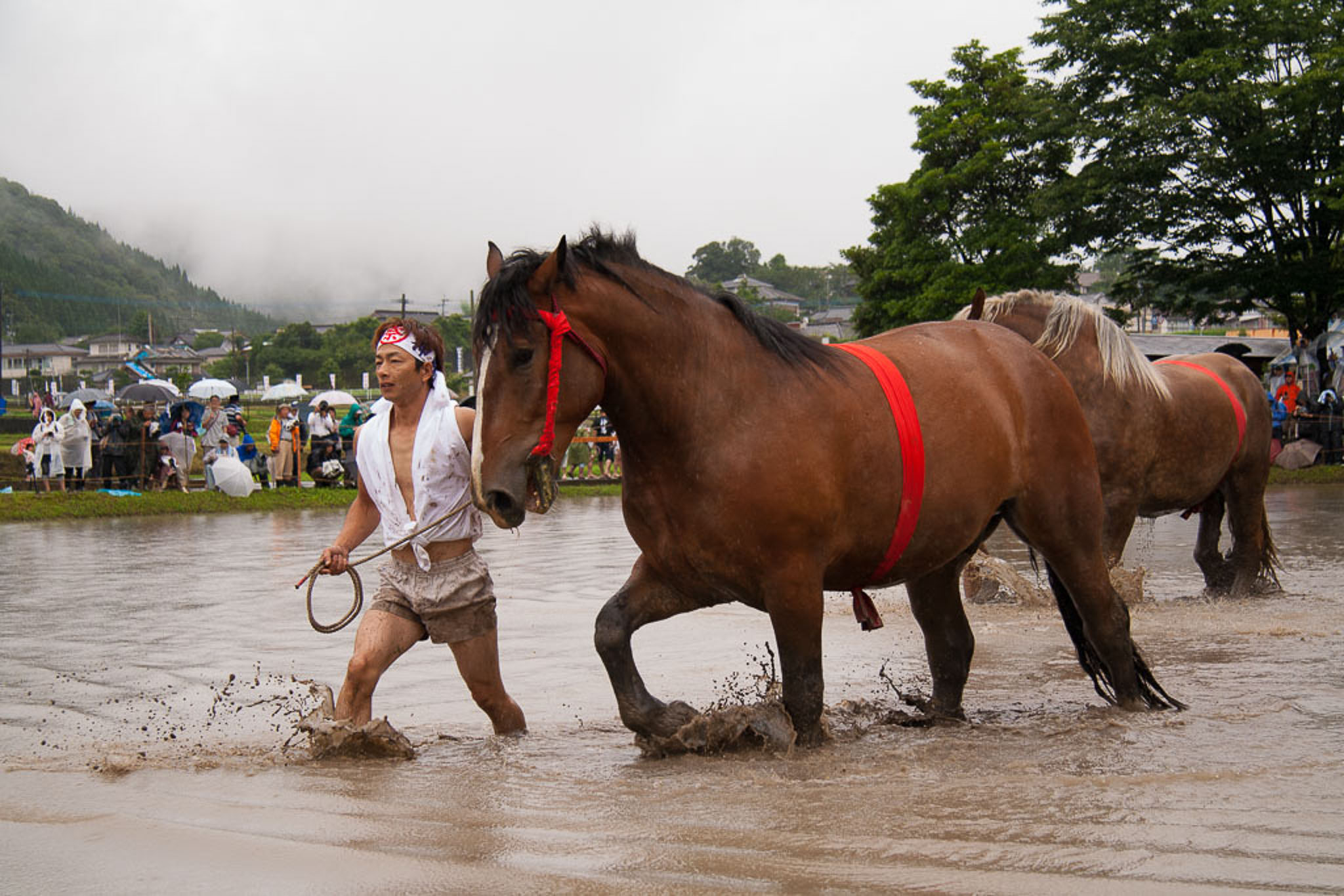 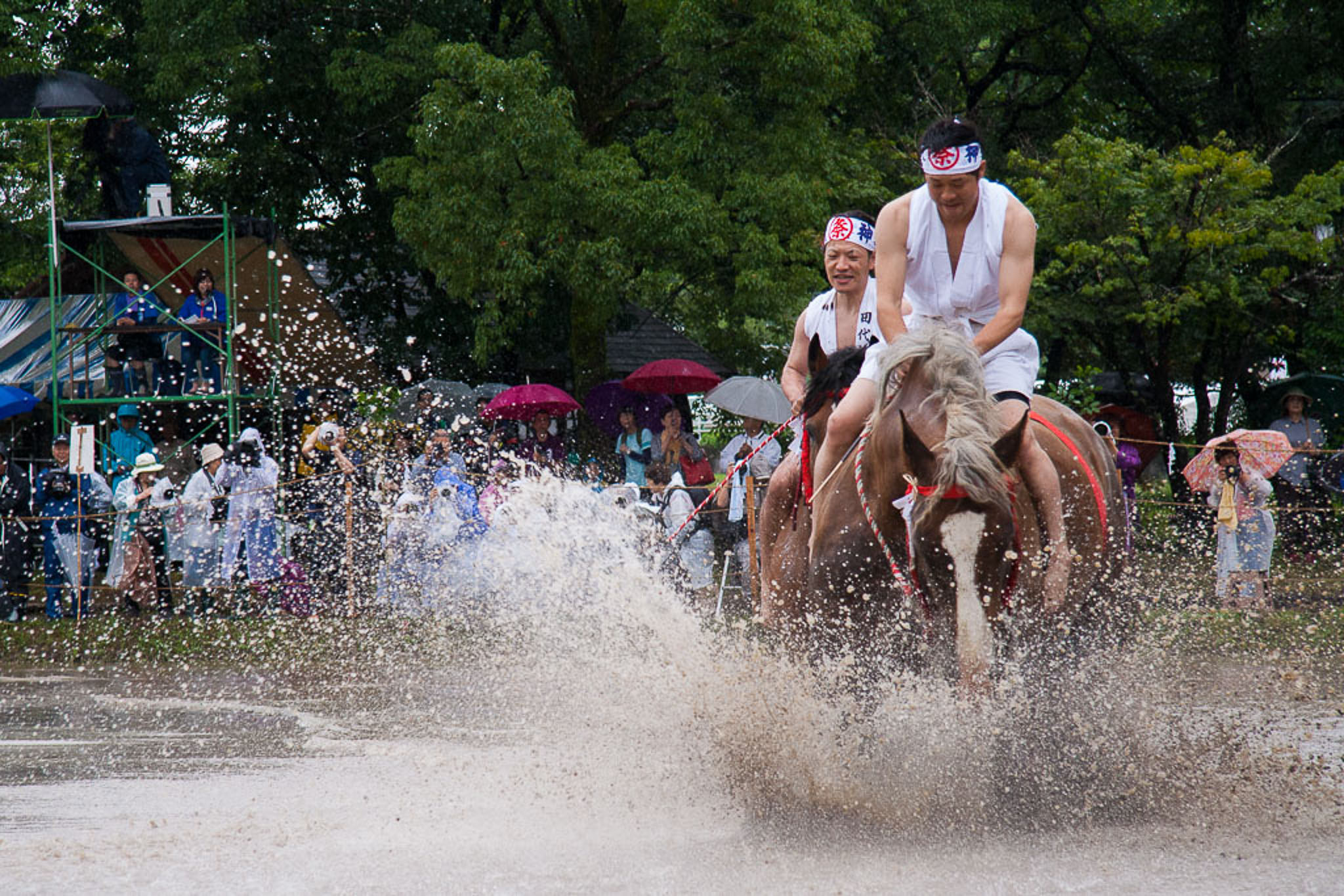 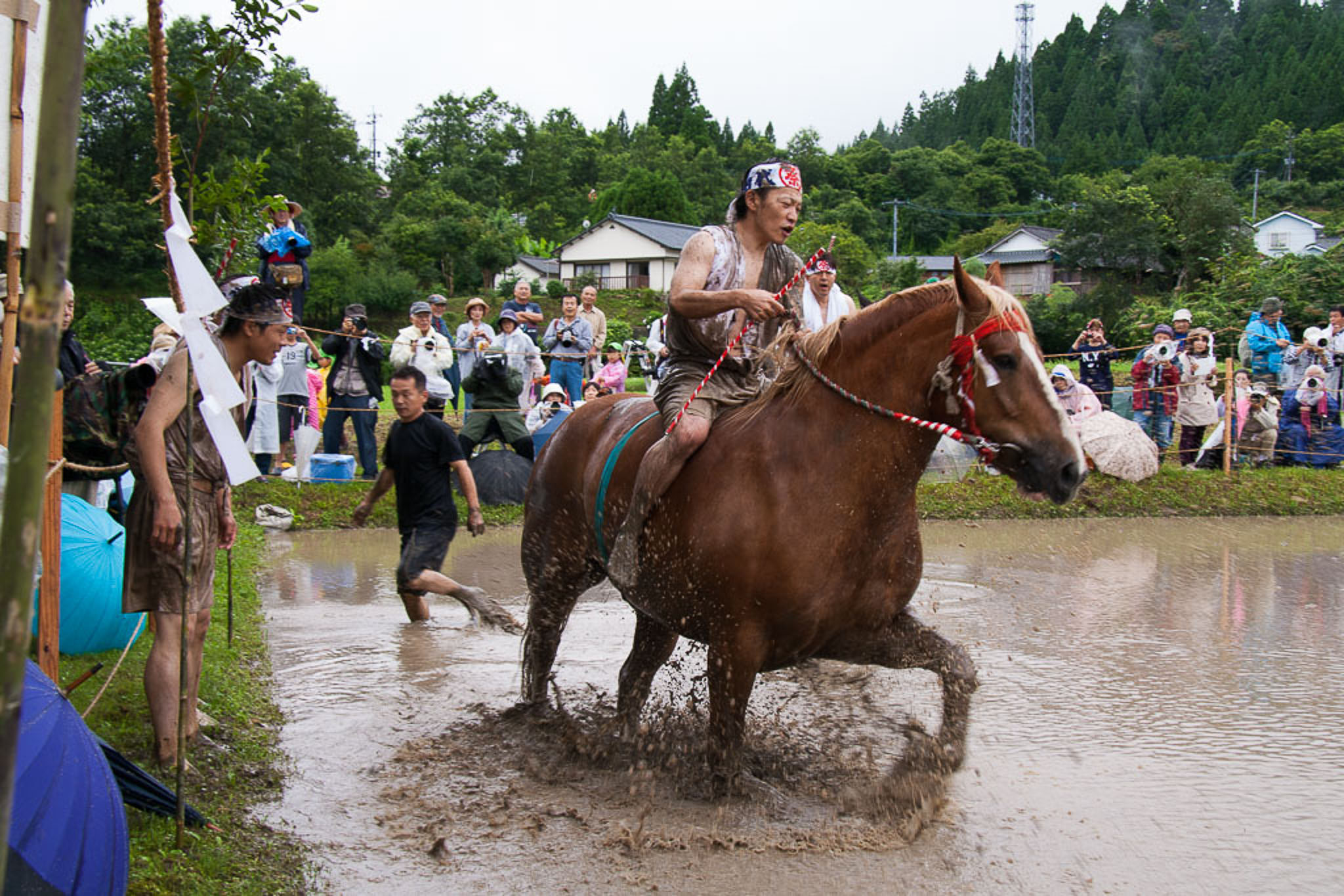 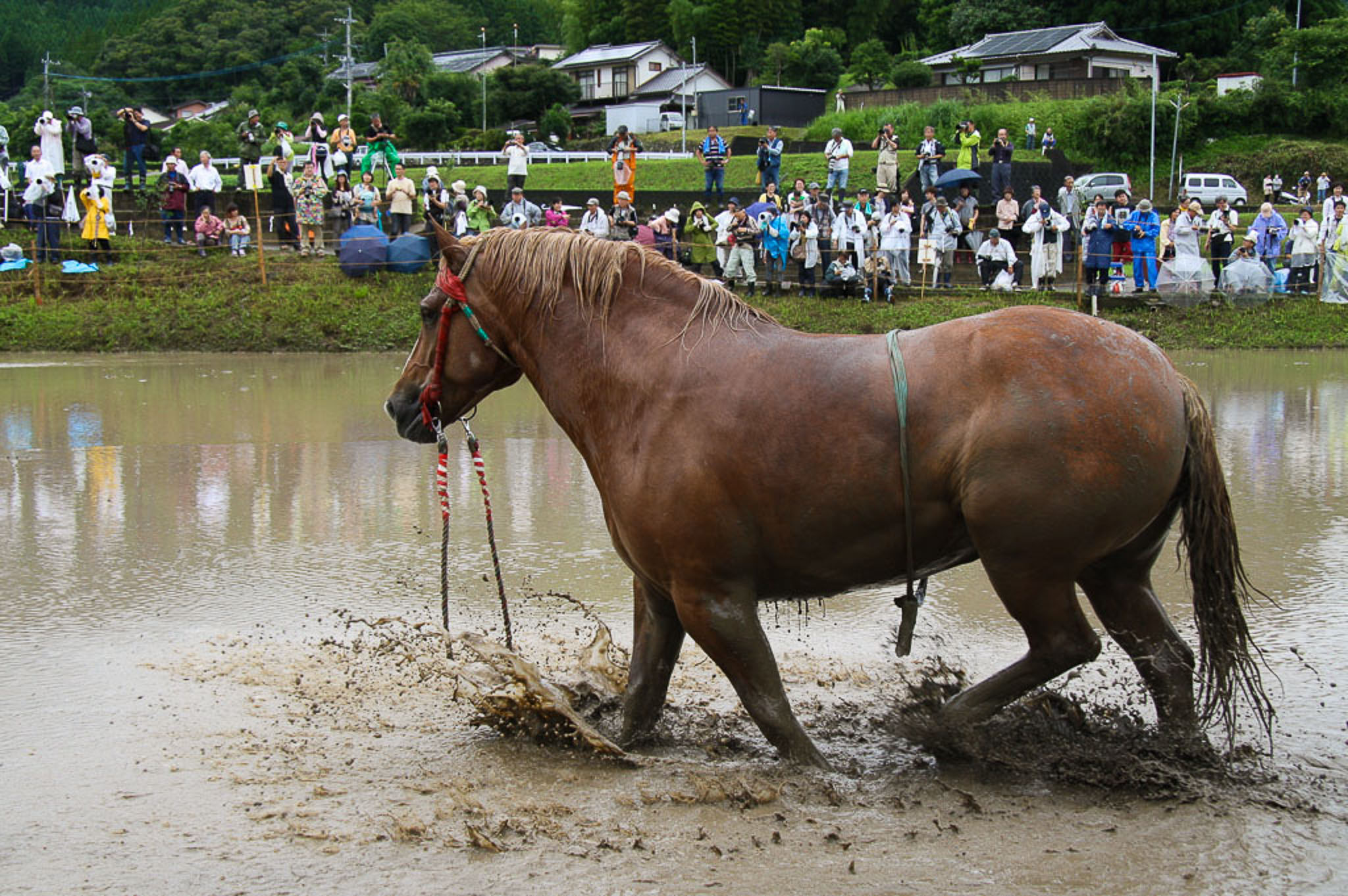 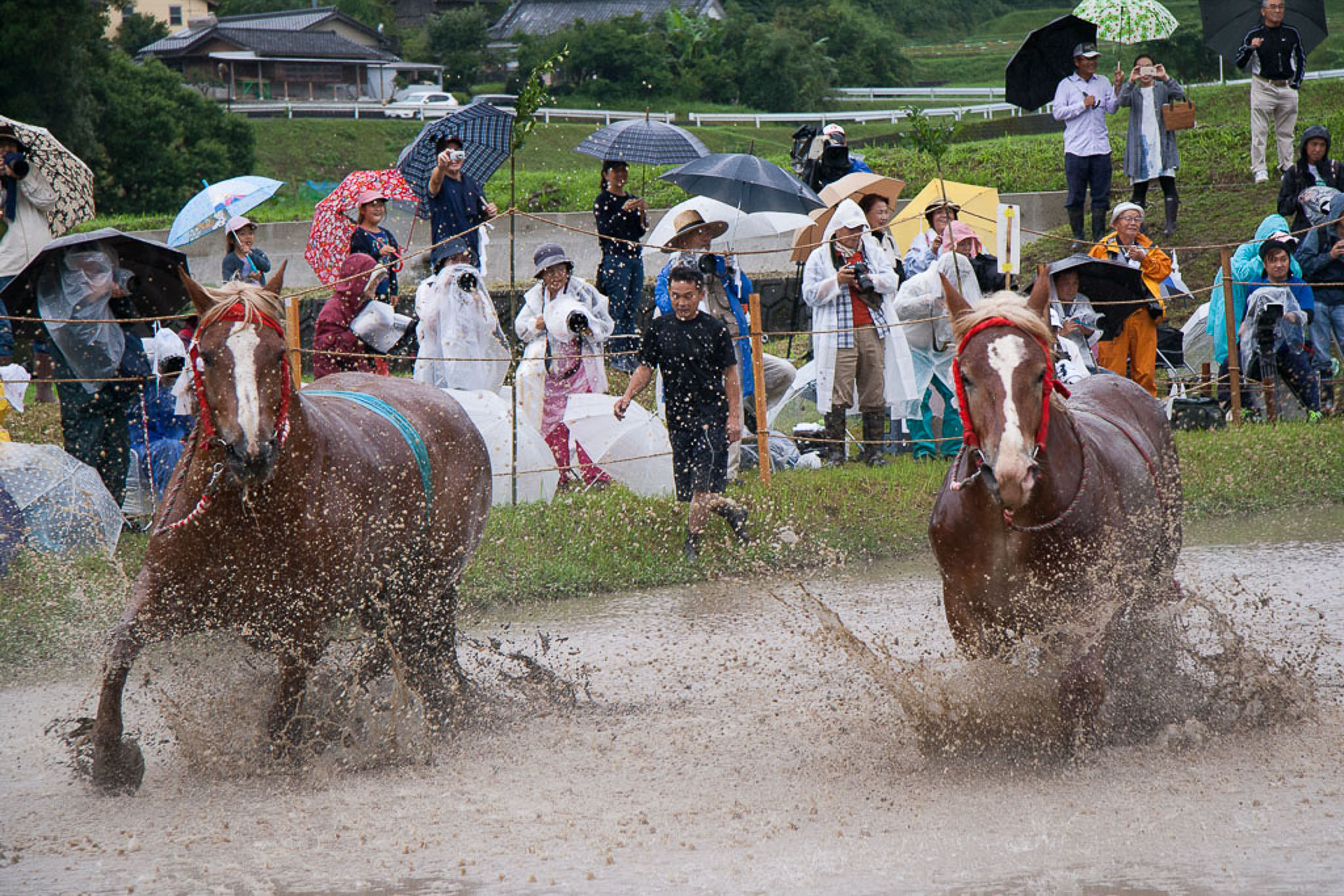 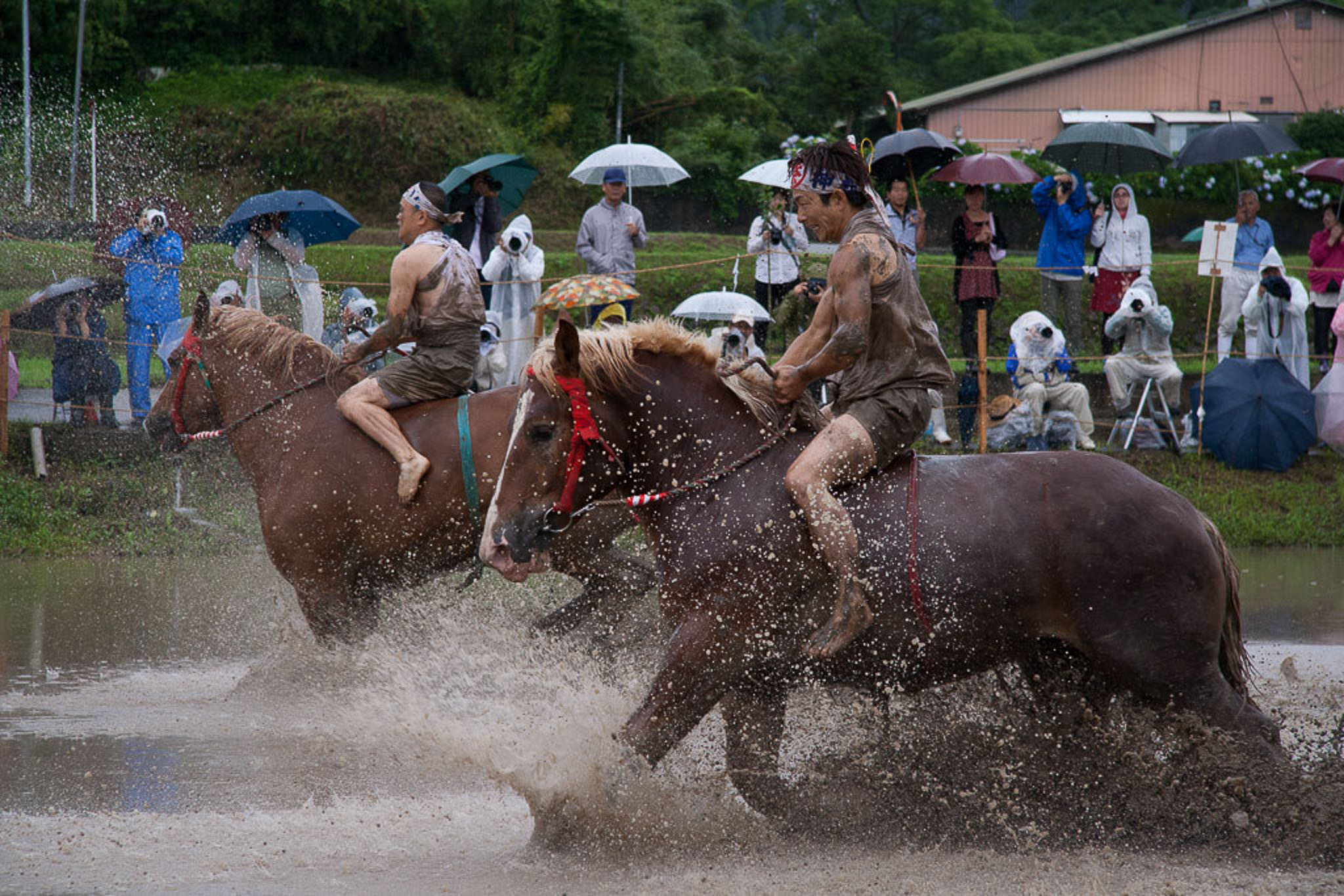 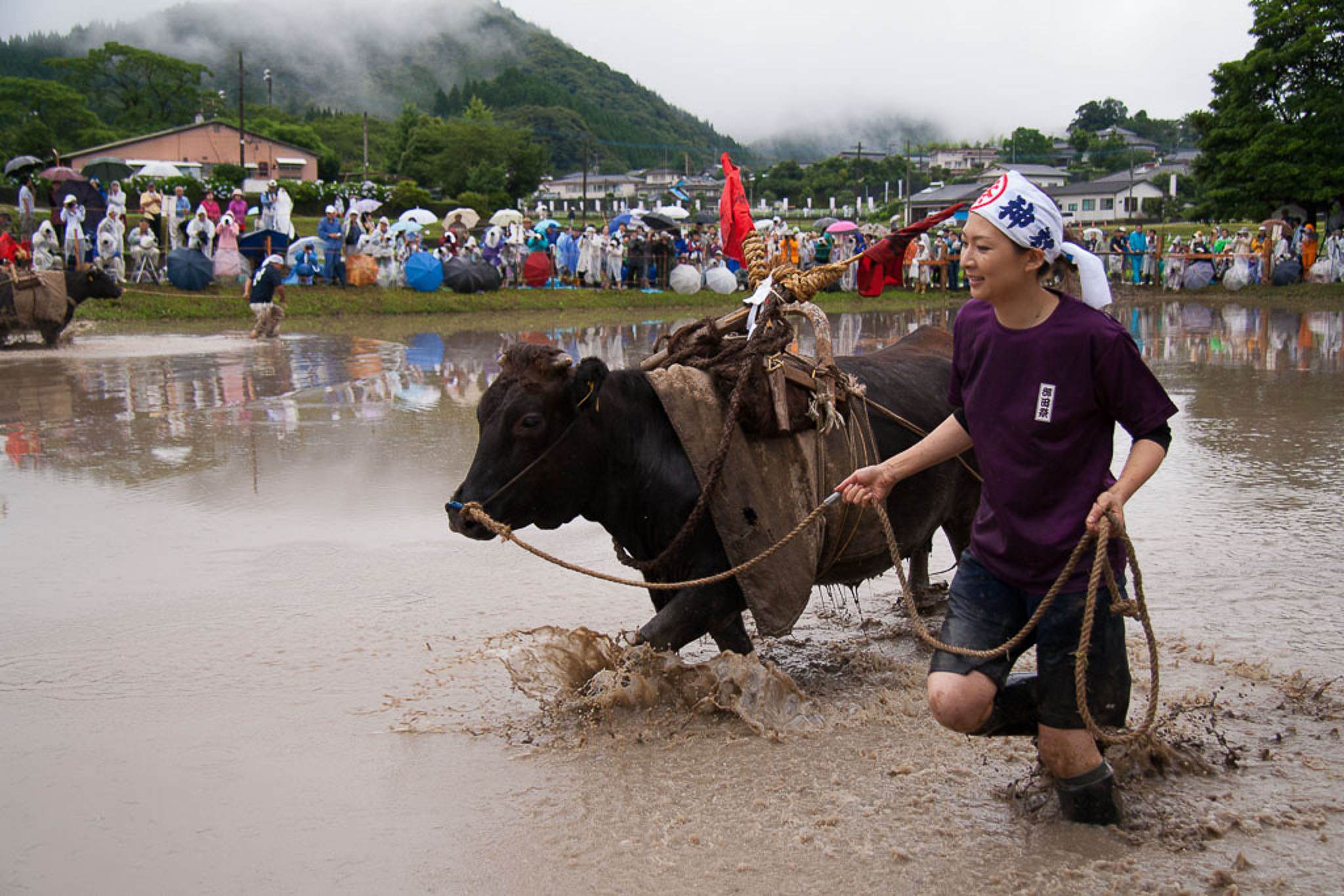 With a little help from Gordon, a buddy of ours who works in the town, we got a good soaking, so it looks like we’ll all be having a great year.

Students from the local schools paraded handmade floats through the mud and then the sacred image was brought into the fields. After that, a mud fight ensued between the carriers. 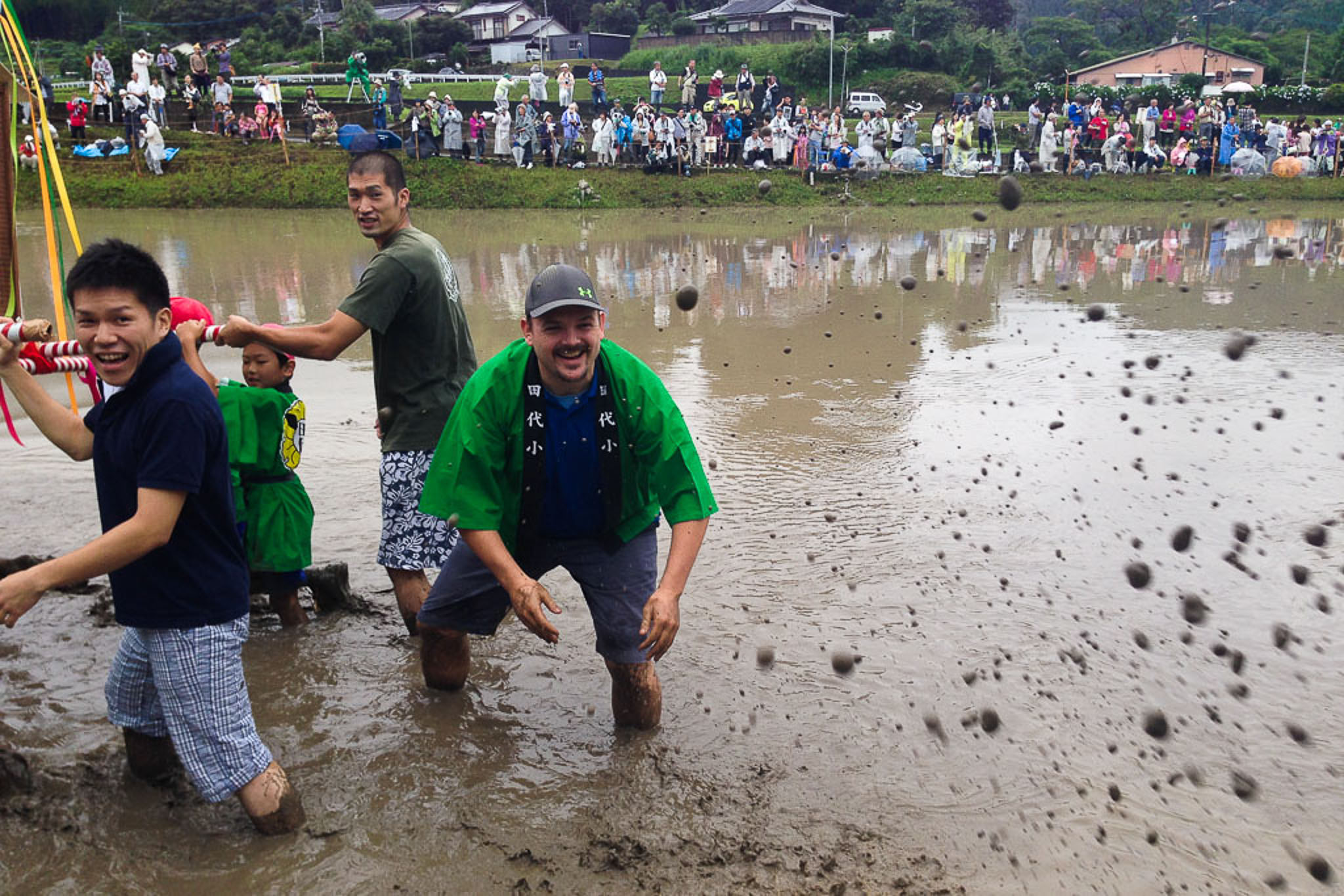 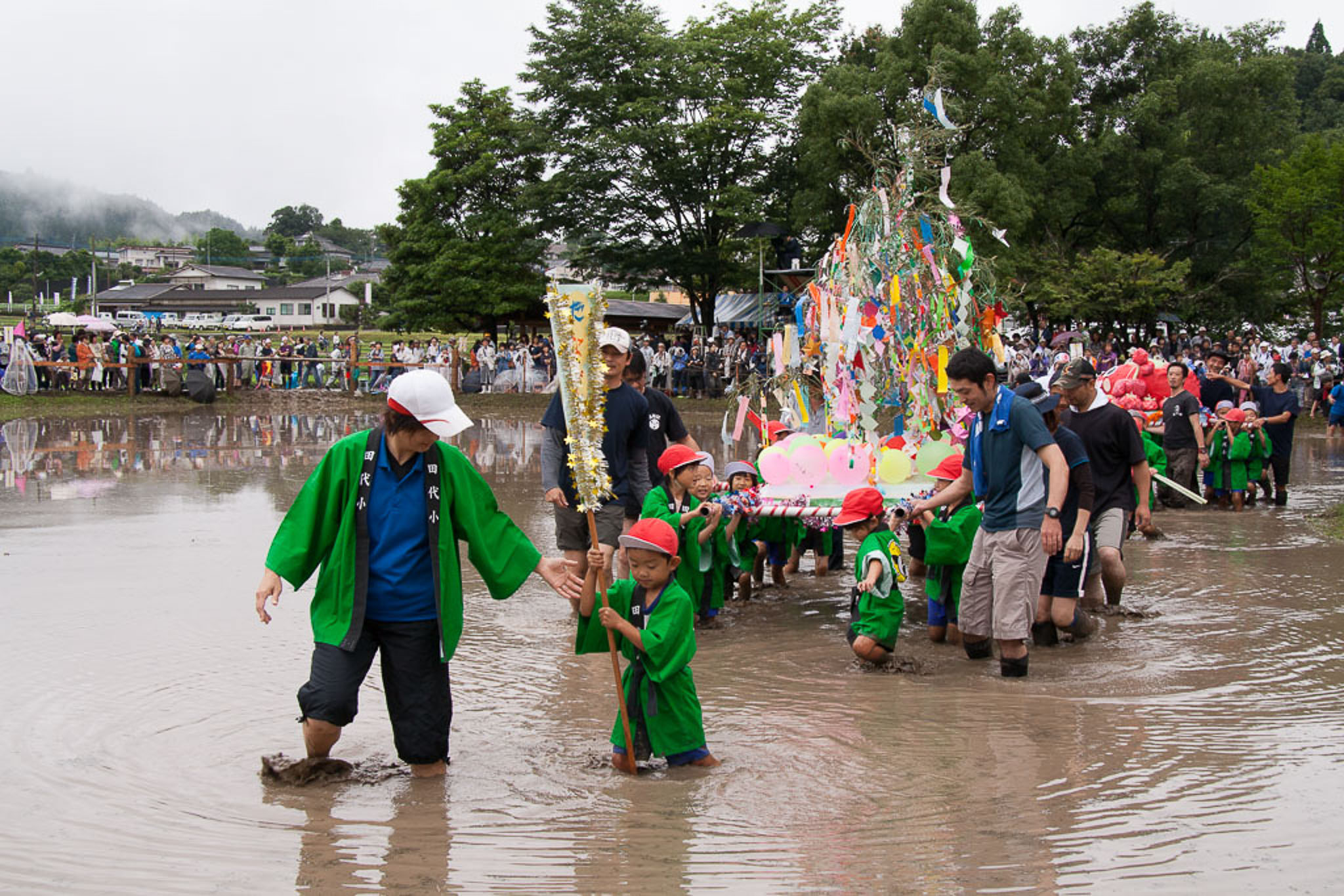 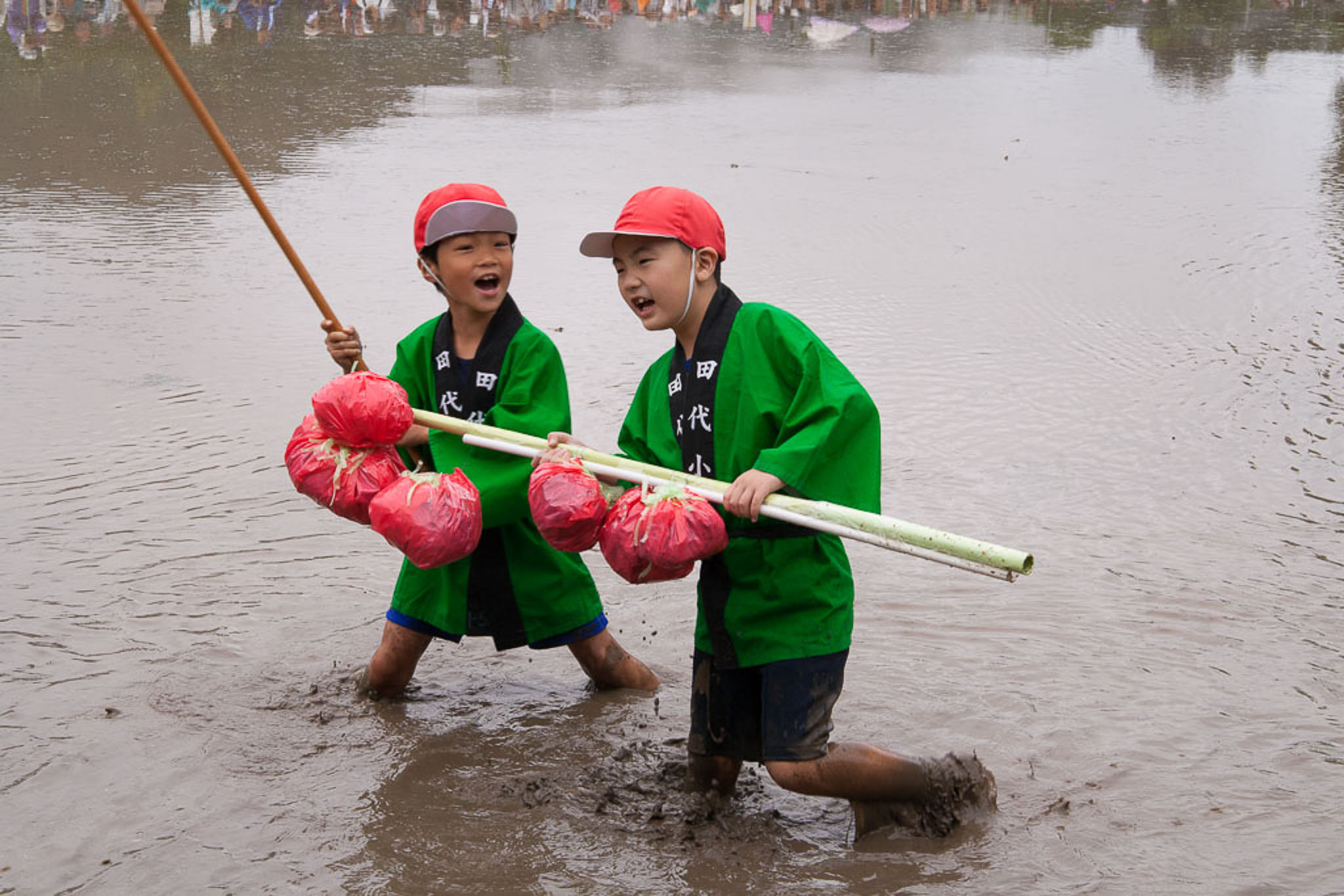 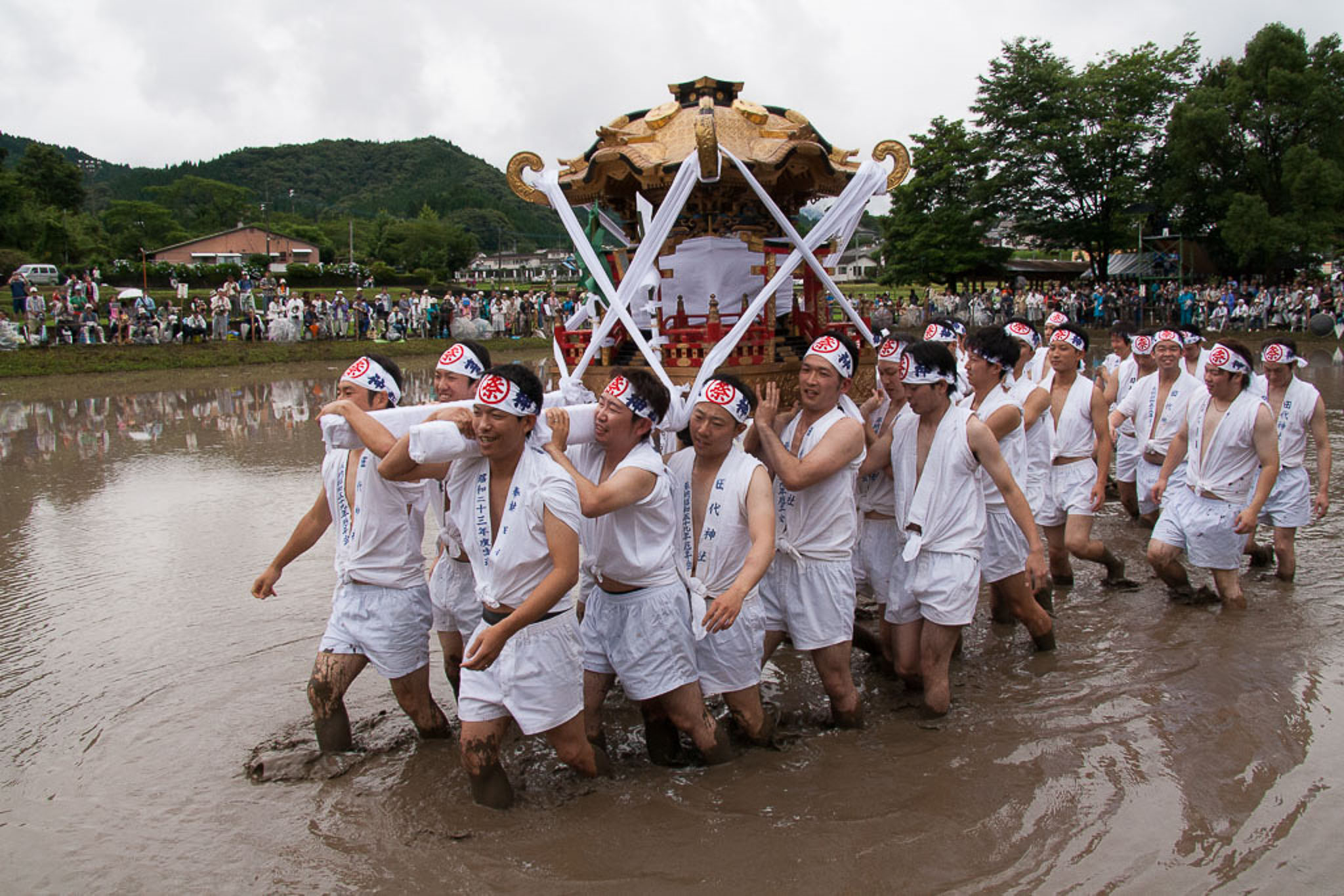 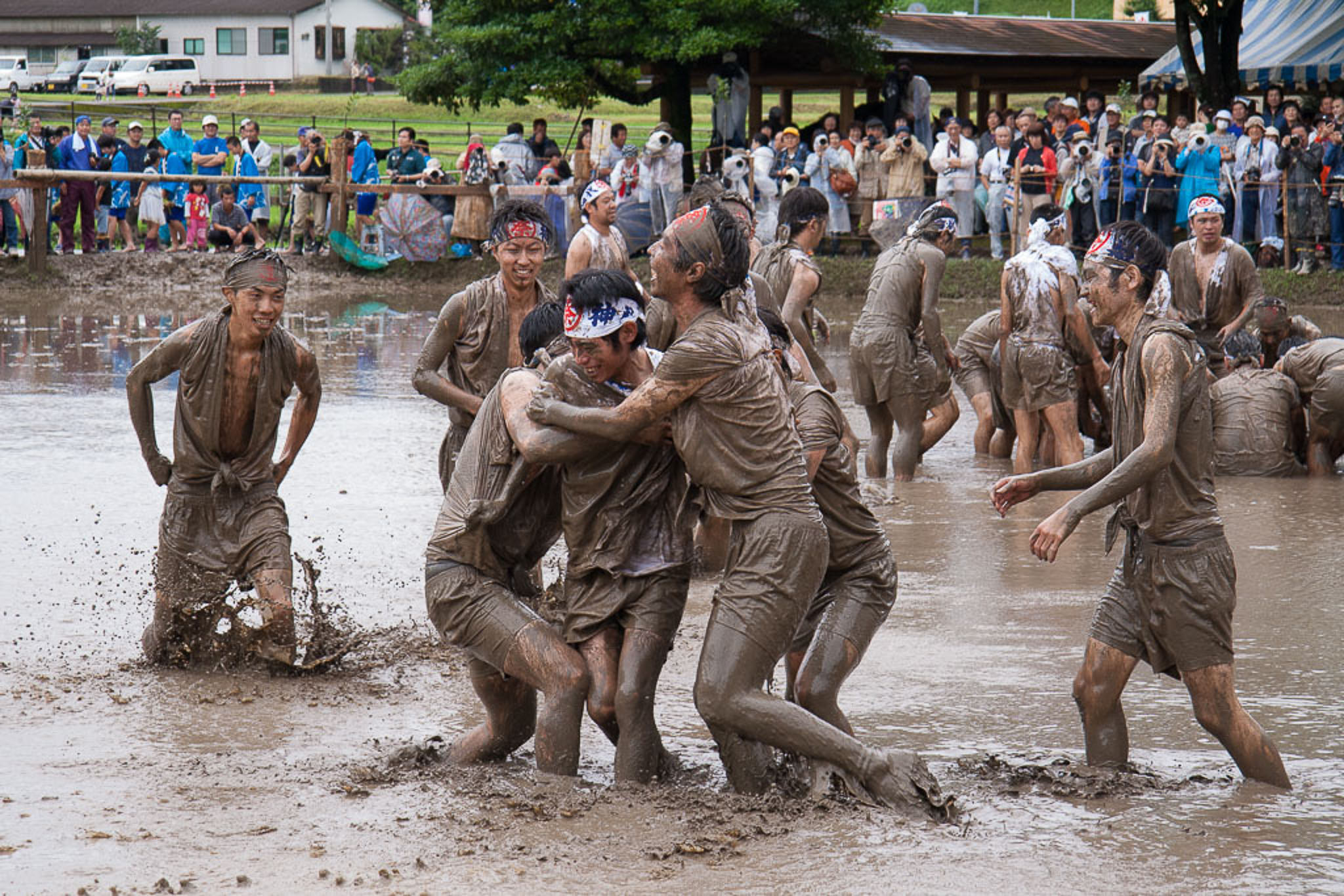 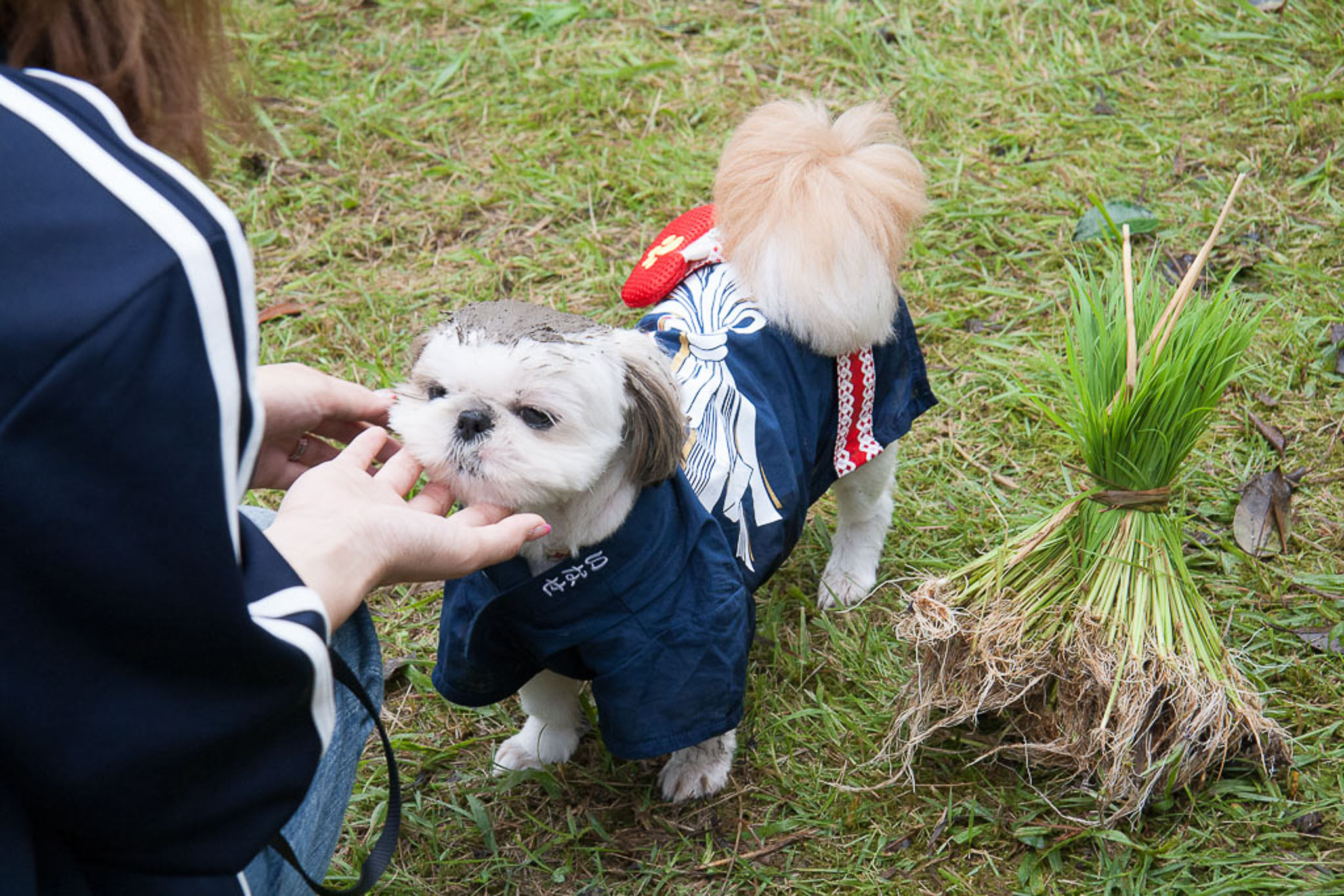 Then, the women and girls of the town began the rice-planting, starting in the middle of the field and working their way to the ends in two long lines.

There was also an archery contest and kabuki on, so we had a look around for a bit and then went to a local restaurant for some yakisoba (and rice, of course!). 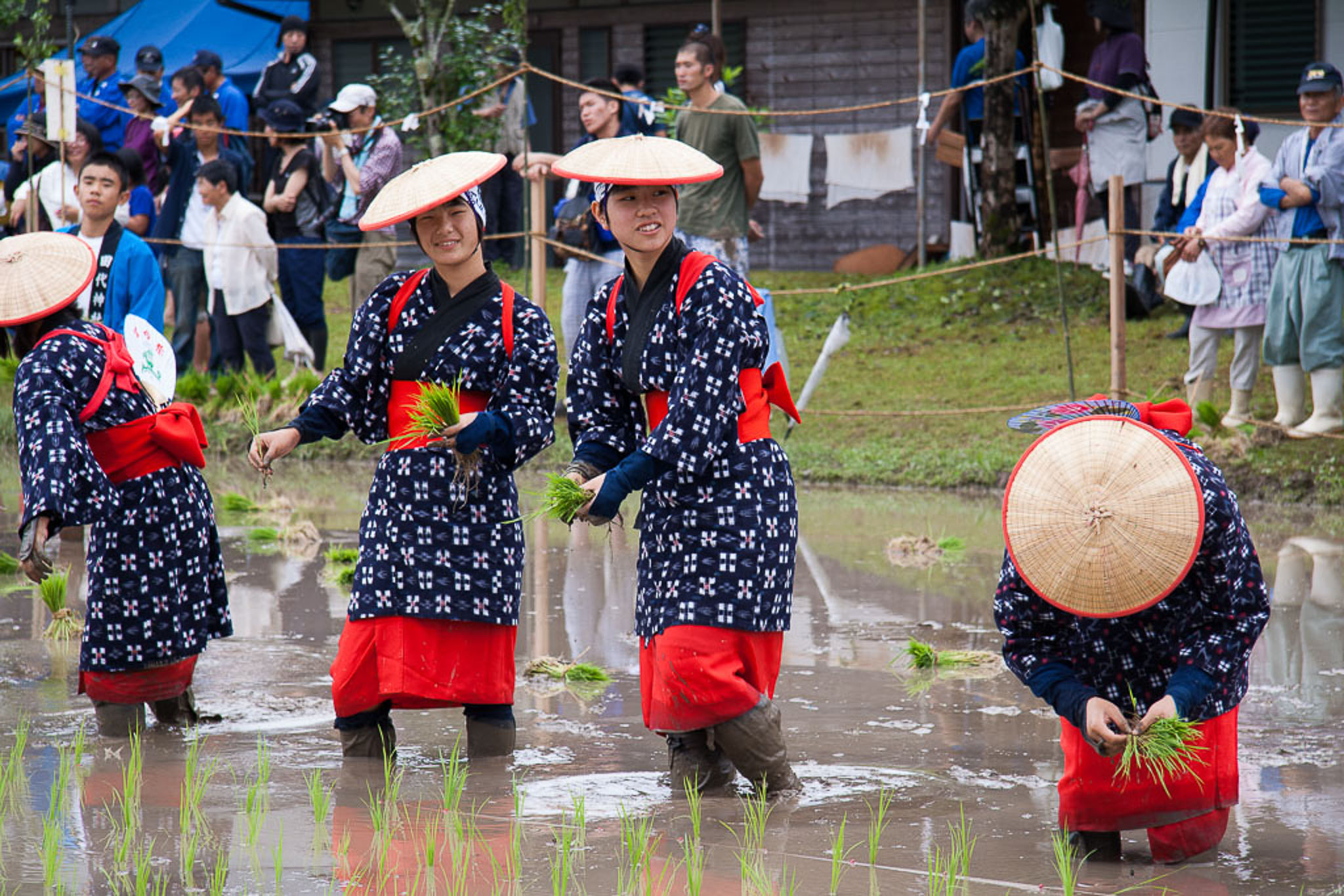 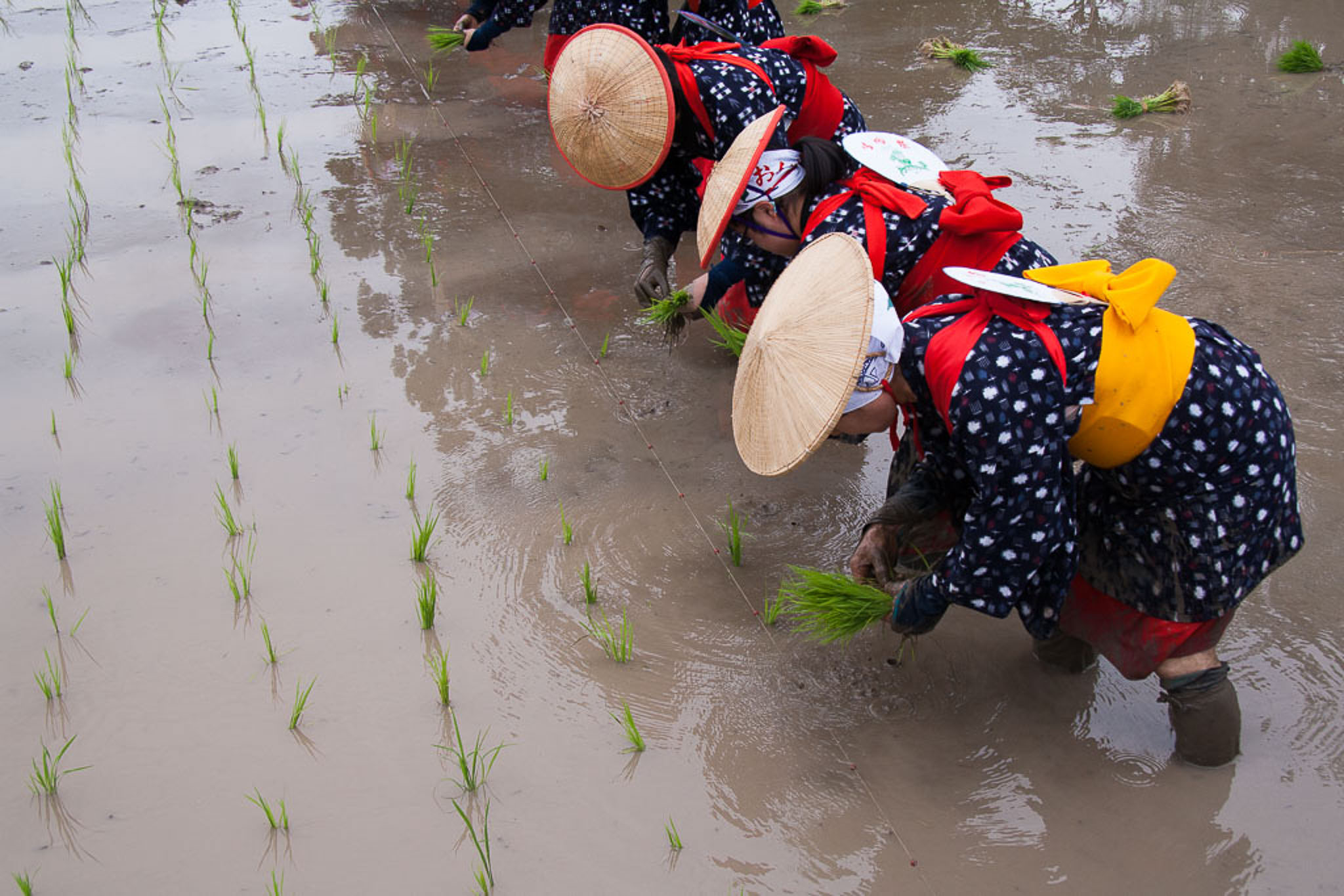 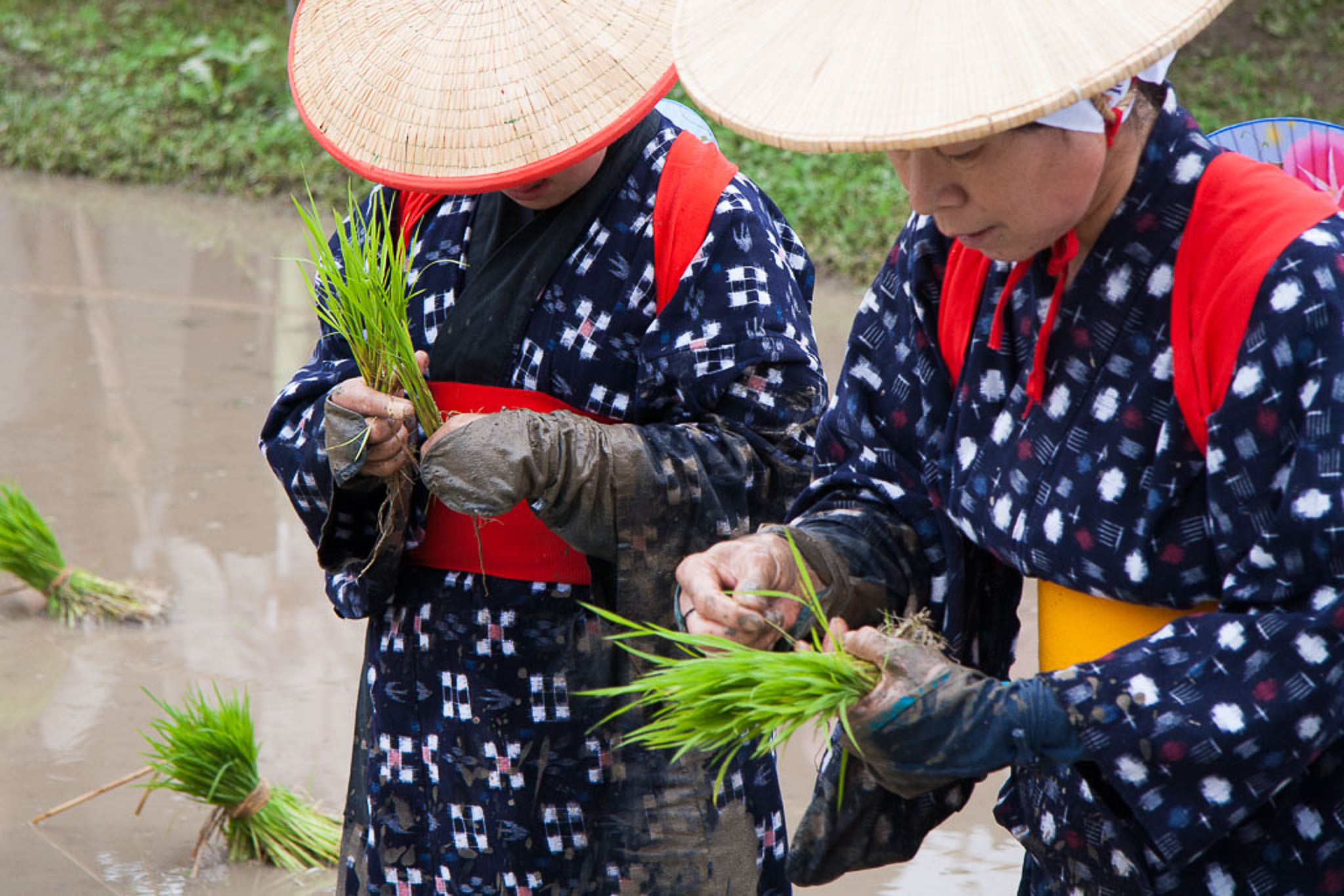 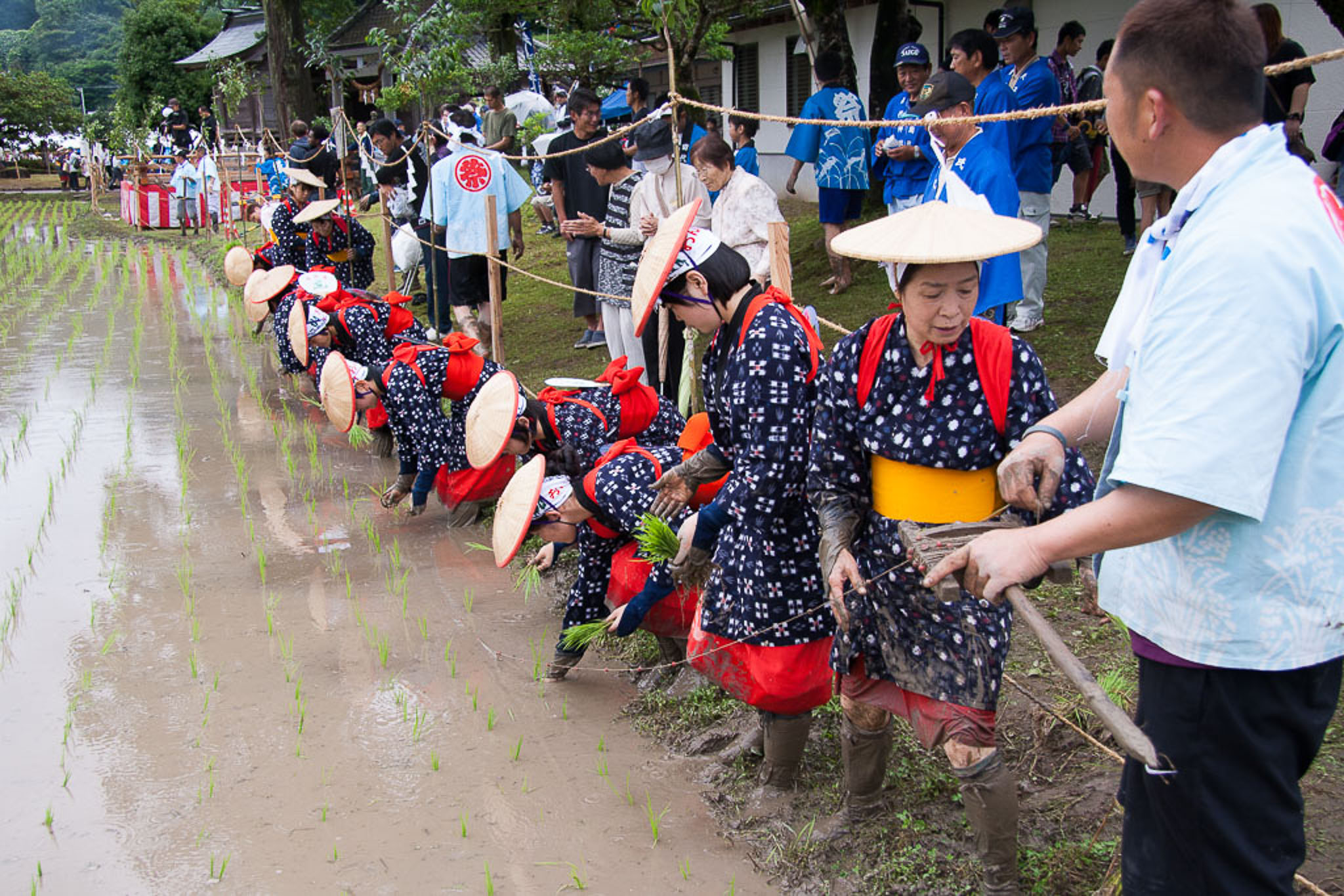 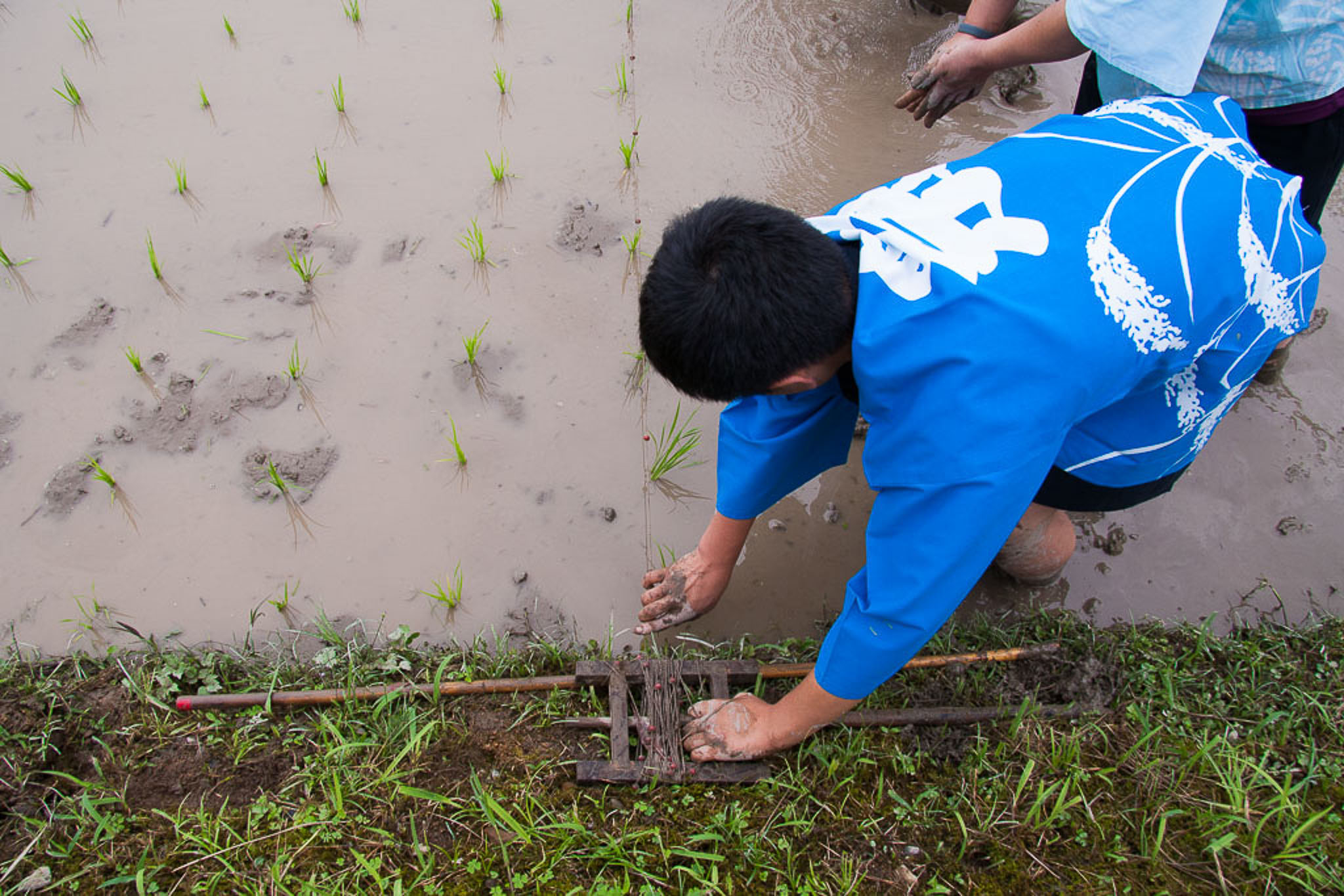 Never to waste an afternoon, we headed to Oseri Falls next. The most unique set of falls I’ve ever encountered, water surges down three separate rock faces from an overhanging cliff of 70 m (229.6 ft).

We got soaked there as well, but it was a beautiful end to the day. 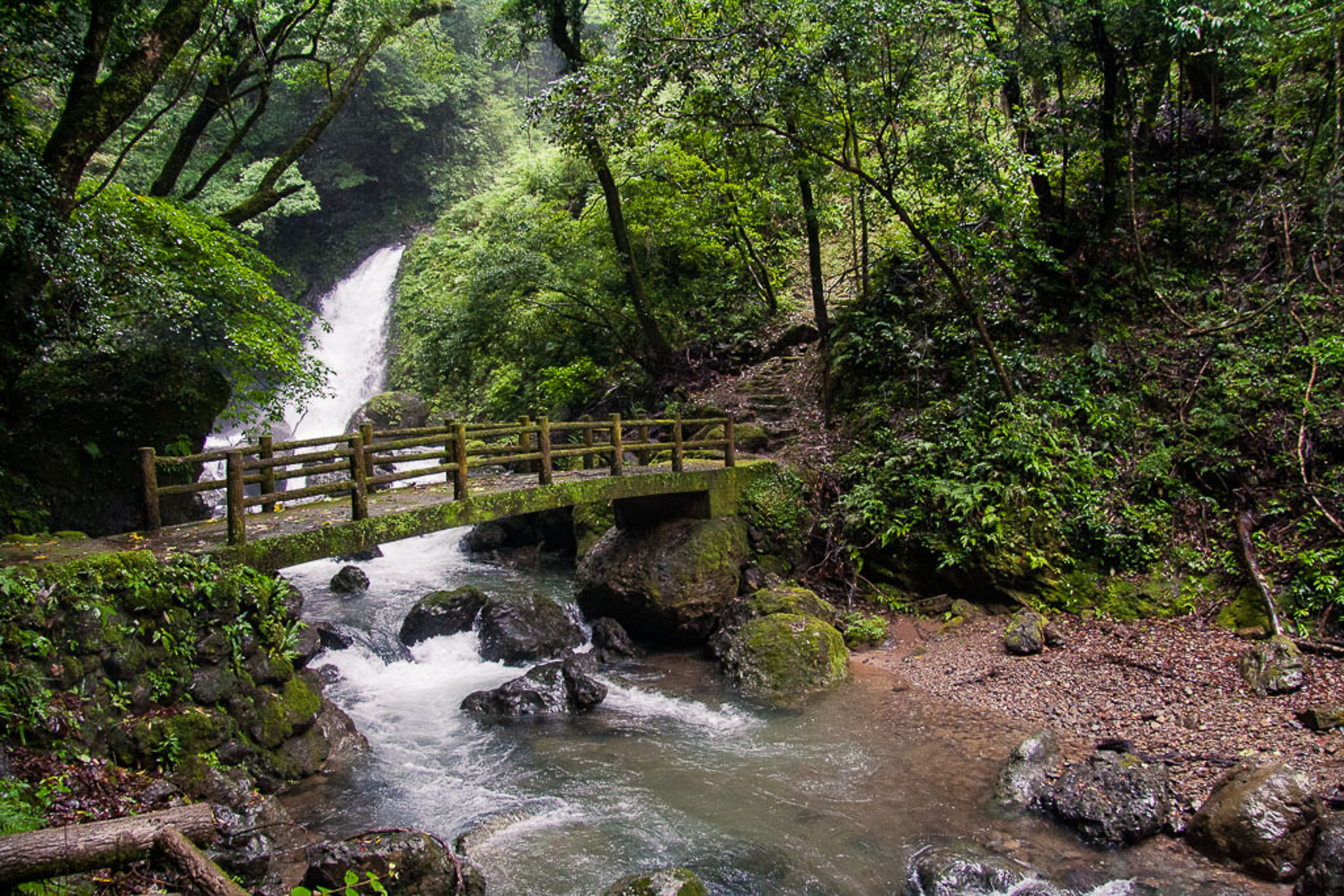