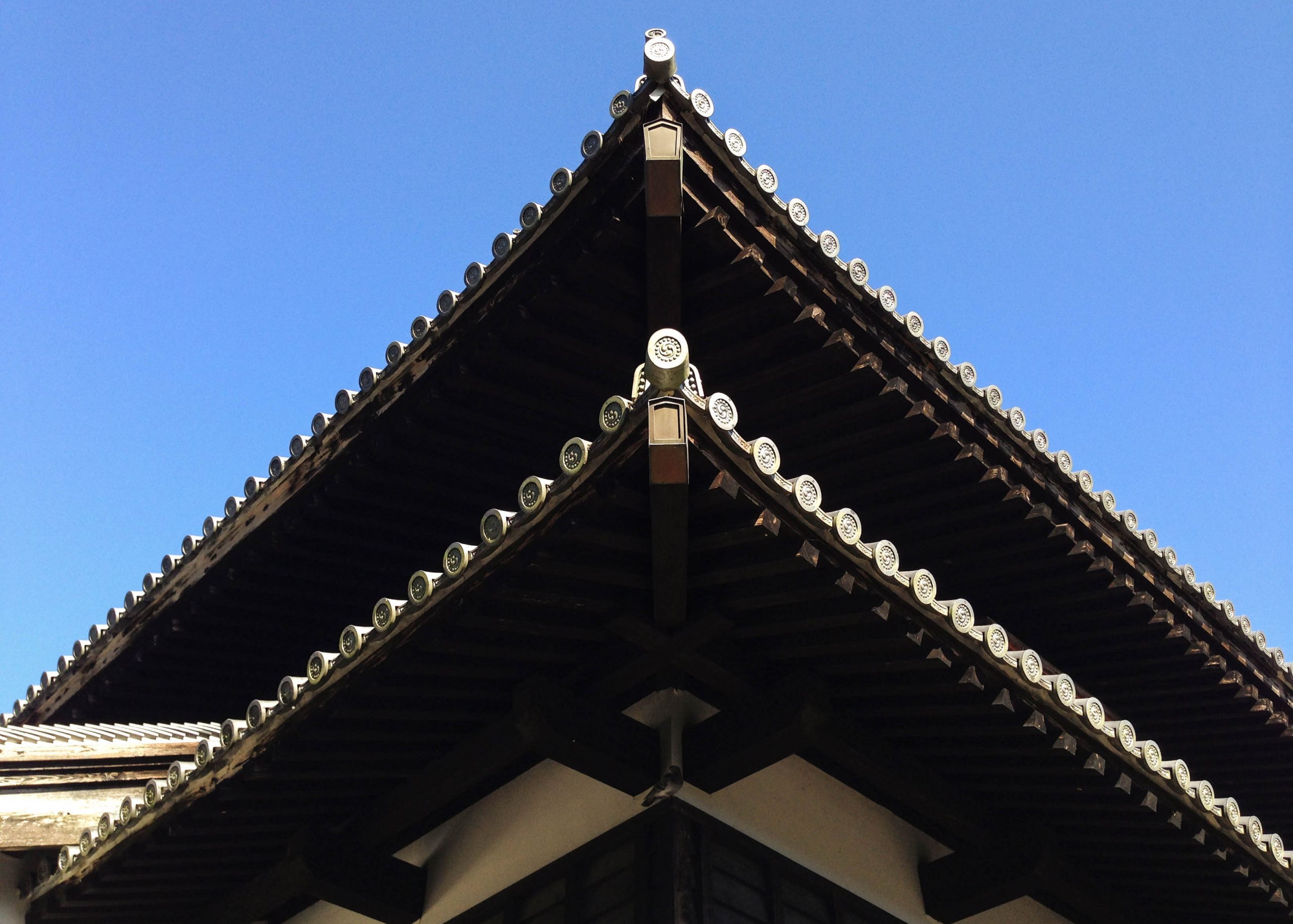 On the fourth day of Matthew’s visit – and the last day we would have time to do sightseeing together – we decided to visit Aya. An hour or so west of Takanabe, the town is part of the Association of the Most Beautiful Villages In Japan and is best known for its castle and a suspension bridge that towers 142 m (466 ft) above a lucidophyllous forest.

The forest is home to oak and beech and is one of the largest evergreens in Japan. In 1984, the Teruha Suspension Bridge was built over it so that people could better connect with its nature. The bridge is 1.2 m (3.9 ft) wide and extends for 250 m (820.2 ft). It offers panoramic views of the forest and the Ayaminami River below.

It also offers a rabble of butterflies for the faint at heart, of which I clearly was that day. Maybe it was the wind that was causing the bridge to rock gently back and forth, but I had to hold on firmly to the railing to enjoy my “walk in the sky”.

There is a tripod that sits in the front of the bridge that visitors can use to snap portraits of themselves. As I crossed it I wondered why it wasn’t on the other side, for when you’ve lived to photograph the tale.

But I managed, and remembering that it’s one of the highest pedestrian bridges in the world, gave myself a mental high five.

The adrenalin lasted about five seconds – at the start of the 2 km (1.2 mi) trail along the mountain slopes was a huge sign warning of snakes and leeches. I sent Matthew ahead on his own while I regained my composure. They’re relatively harmless, sure, but I’ve had enough encounters to not want any more.

I was ready to go back across the bridge and wait in the car, but when I saw an old couple helping their tiny grandchildren along, I got over myself enough to piggyback on their hike. I figured if we did run into any hebi, they would have to confront it before I did. Terrible, right, but we do what we do to survive.

I eventually caught up with Matthew and we finished the trail together. We saw a couple of waterfalls and a bunch of different trees, but it was tiring trudging through the forest. The brochure described it as a “promenade”. It lied.

It was kind of worth it though, since we got to walk across another, smaller bridge, and see the main bridge from below.

The forest also has a cool bit of backstory; in the 60s, a plan was made to cut down the trees and develop the land, but 90% of Aya citizens signed a petition against the plan and the forest was saved.

We headed to Aya Castle next. In the middle ages, it was the center of the battle between the Ito Clan and the Shimizu Clan. The Ito Clan laid claim to it as one of 48 fortresses across Kyushu.

The castle was first built in 1334, demolished in the 19th century and reconstructed in 1985. Today, the three-tiered, wooden structure is a historical museum. 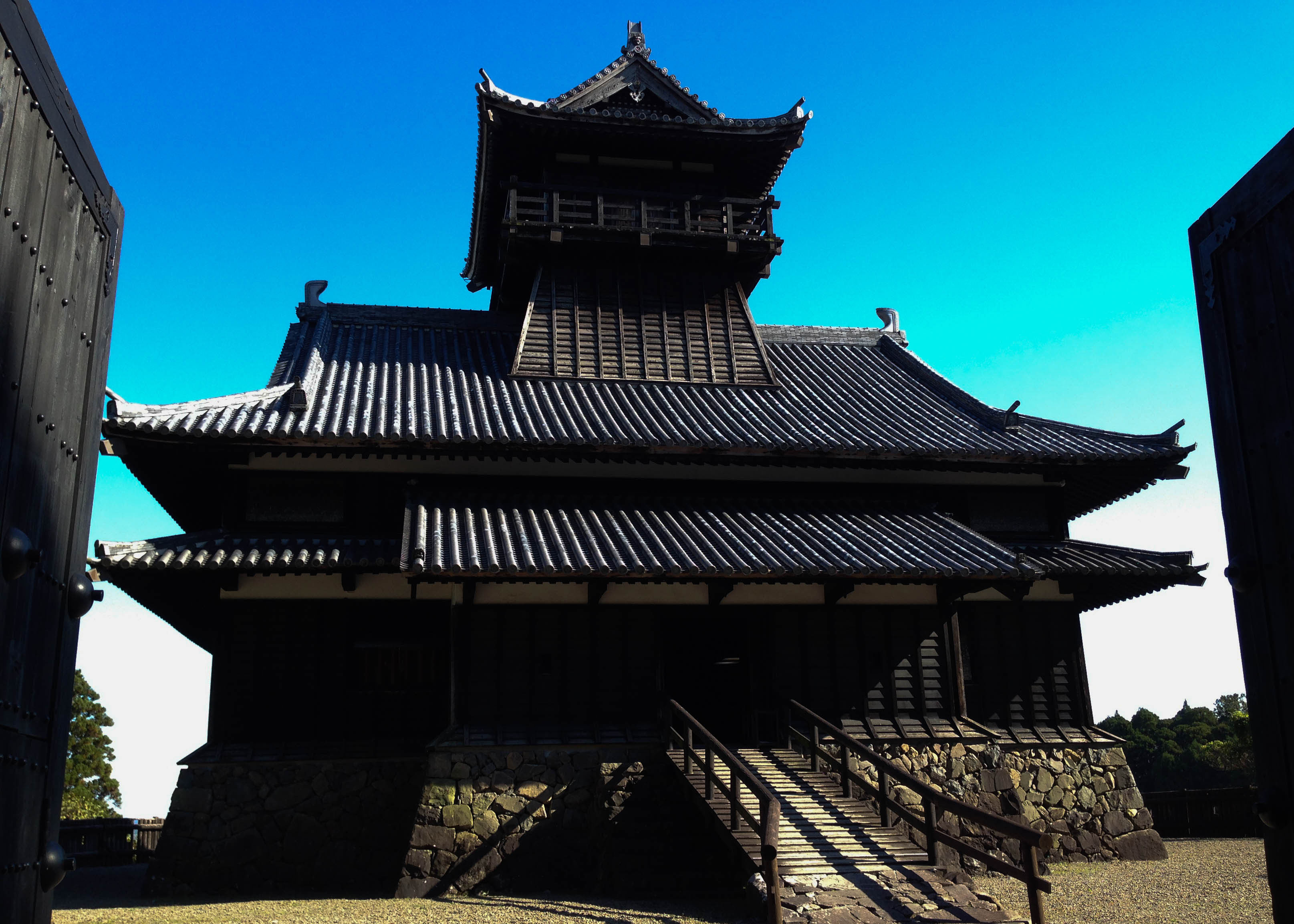 On the first floor, you can see original armour and swords, ancient writings, a historical video and panoramas. On the second flood is a display of famous swords made by Kunihiro Takanaka, a renowned swordsmith born in Aya. On the third floor, you can go out onto the balcony and see a 360 view of downtown Aya. 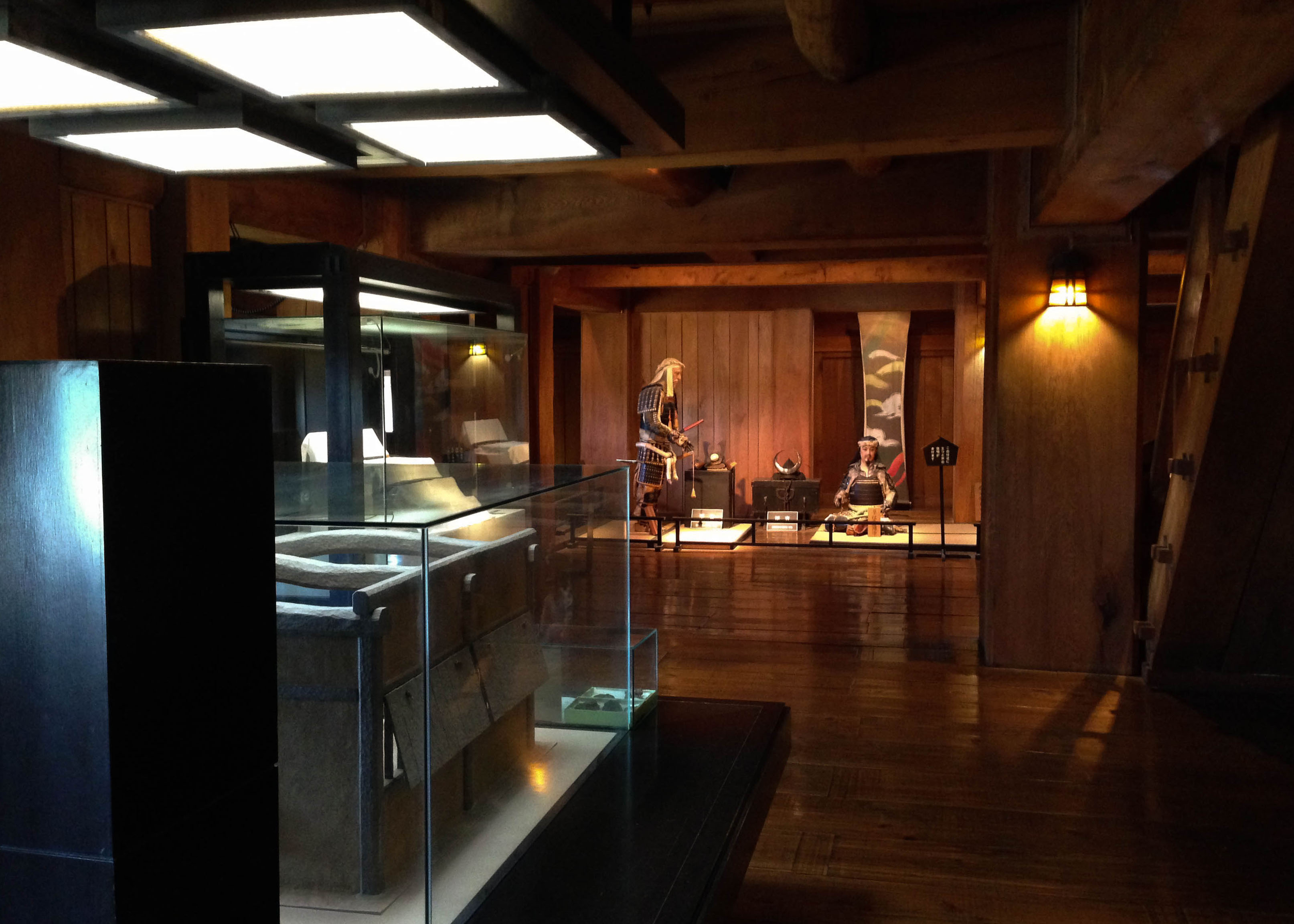 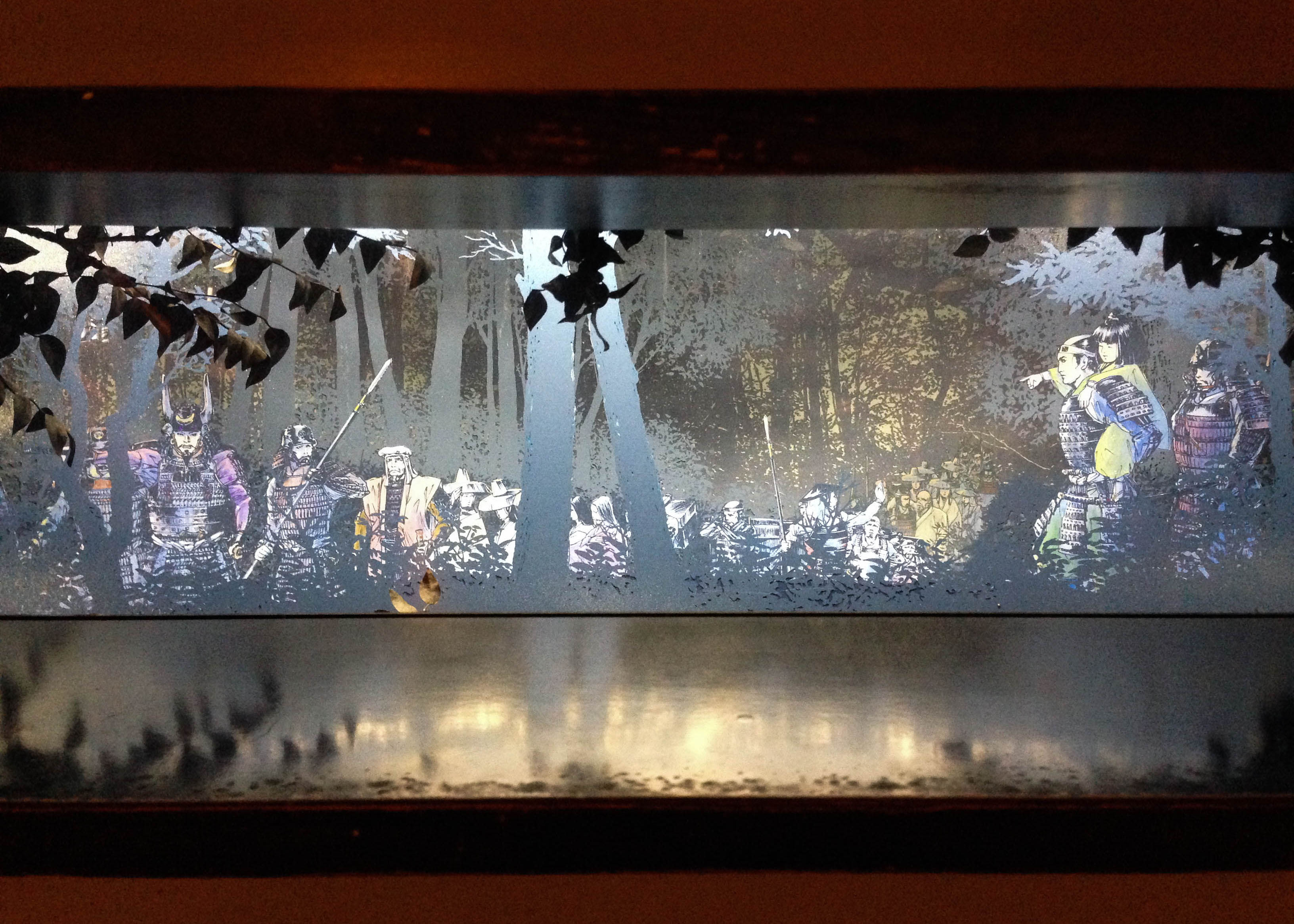 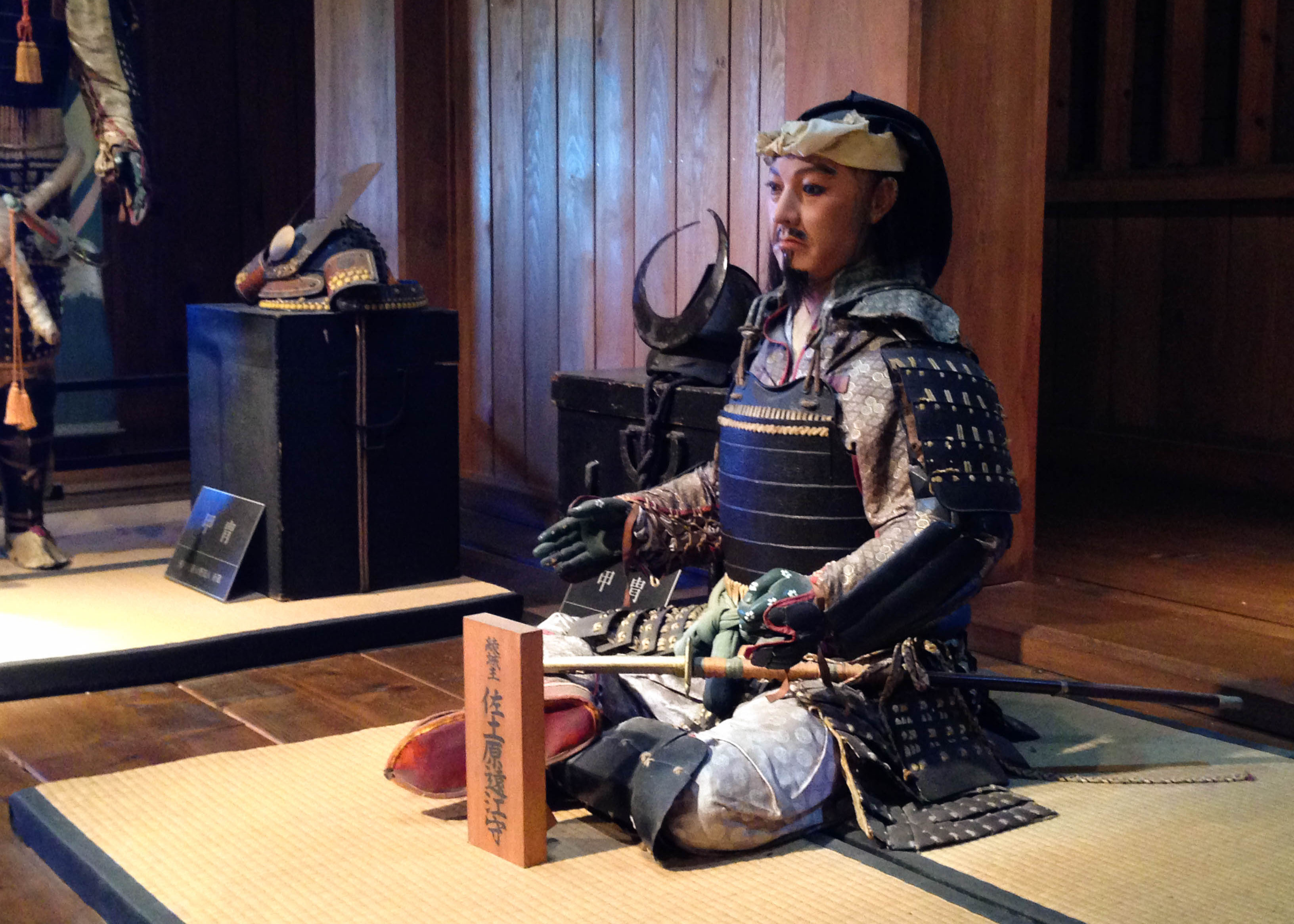 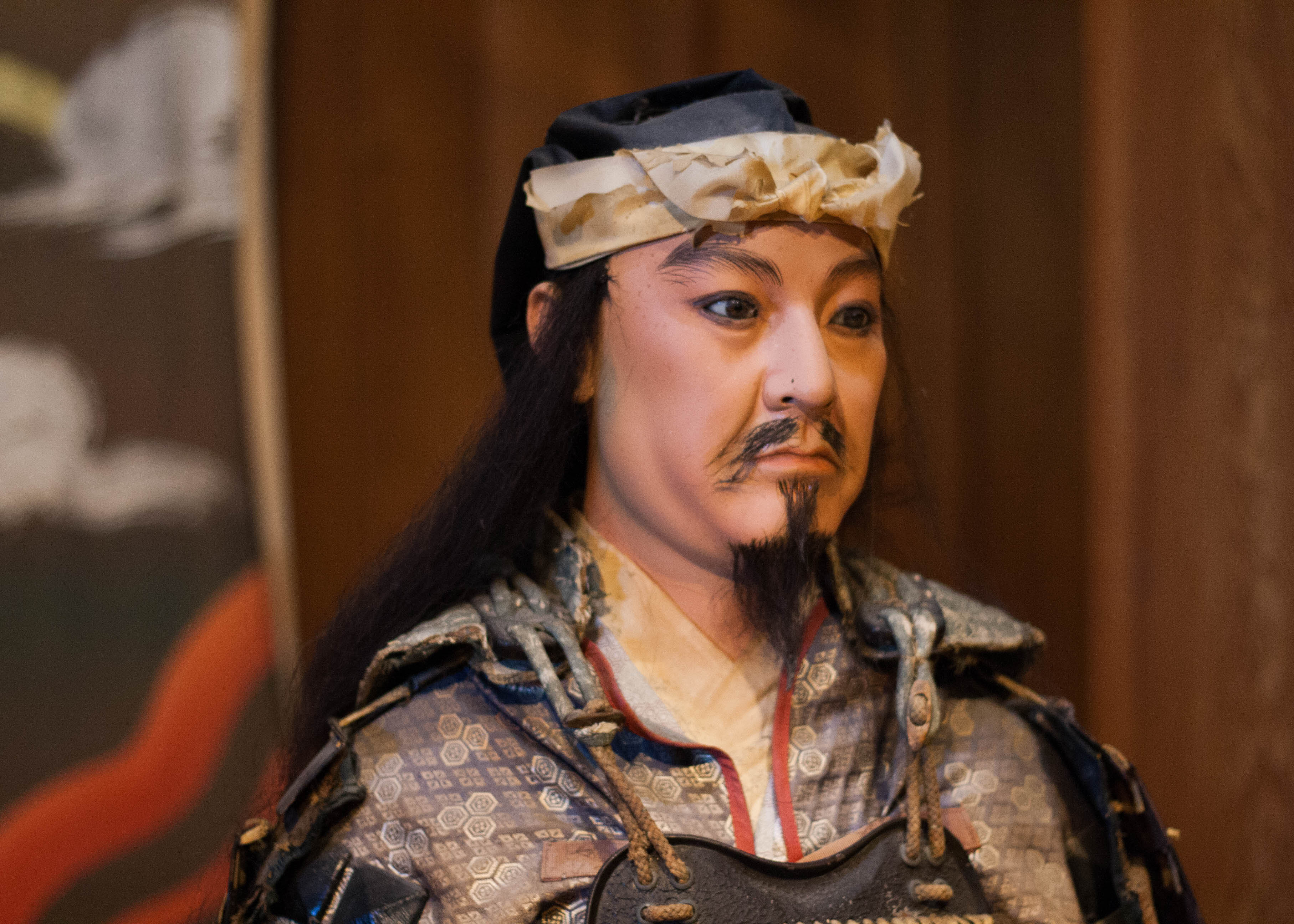 Also on the grounds is the Aya International Craft Castle, where a variety of local handcrafted goods are on display from all over the town. Aya is well known for its quality of handmade goods and people come from all over Miyazaki to buy  glasswork, woodwork, pottery, ceramics and textiles from its crafters.You can also try your own hand at weaving or pottery at the Castle, and they will mail the finished product to you.

I got distracted by a small museum not mentioned in the brochure. In a room off to one side is a collection of camera, toys, magazines and other paraphernalia from the 70s and 80s. It’s the first time I’ve ever seen retro Japan and it was super cool, probably my favourite part of the trip. 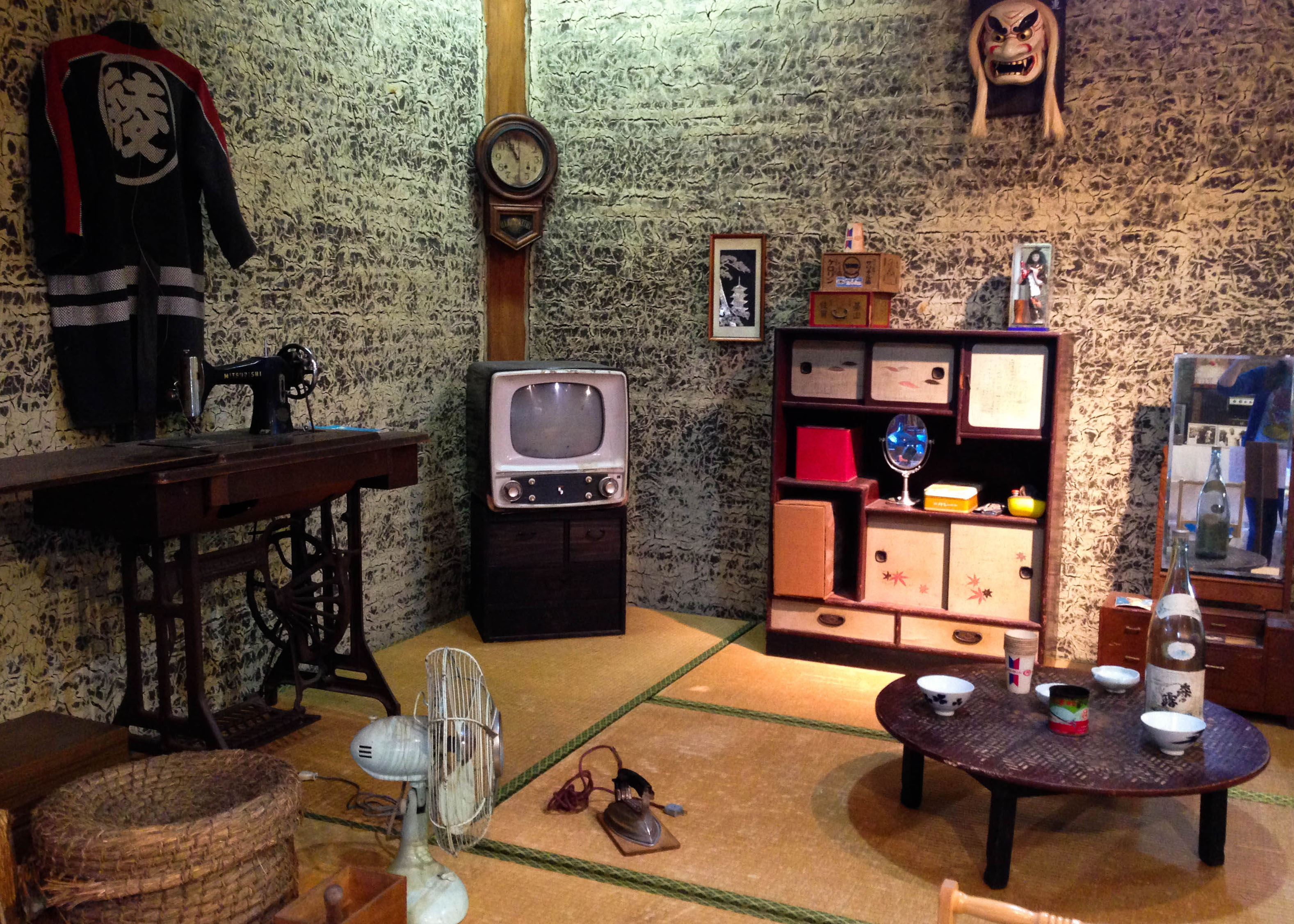 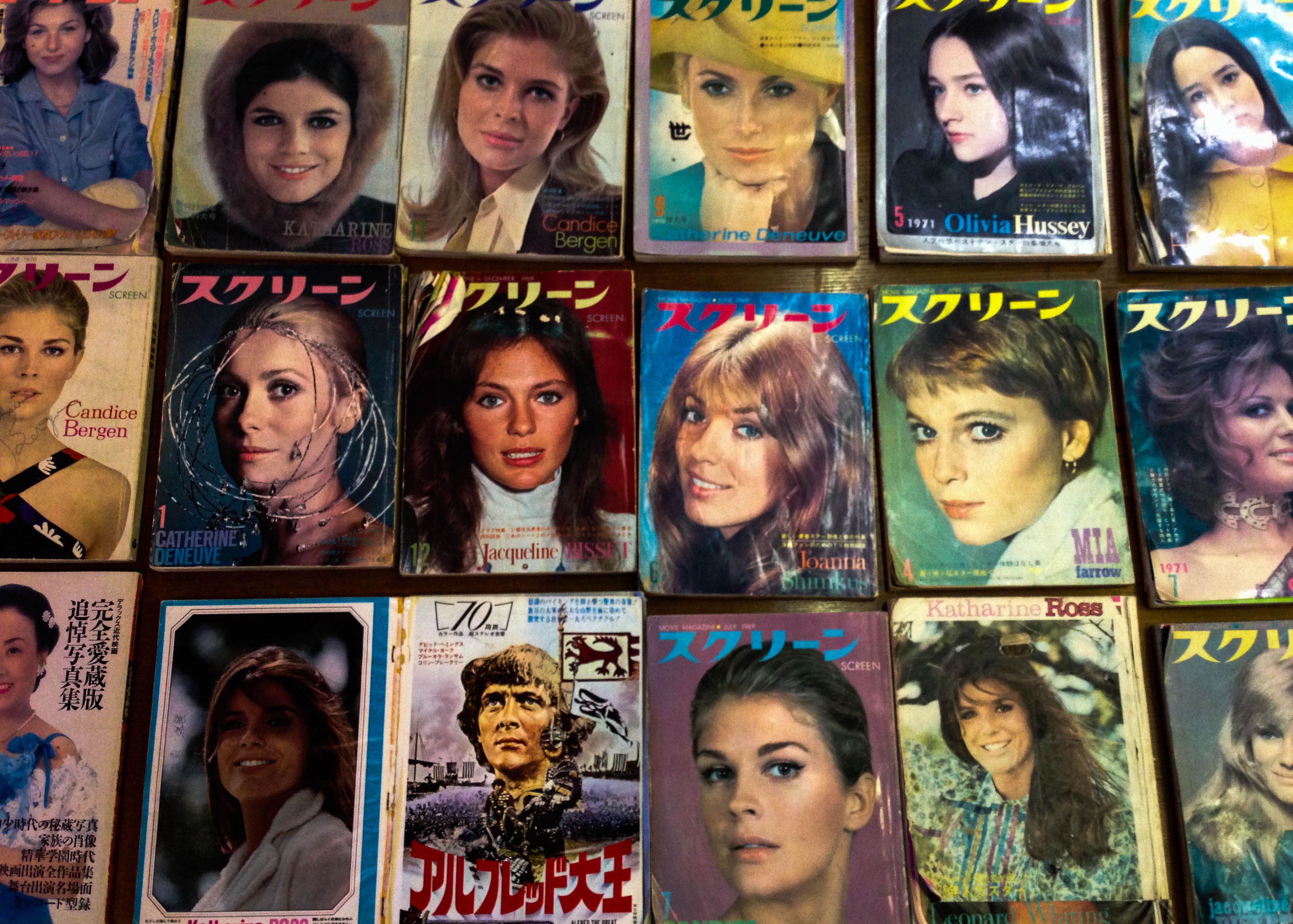 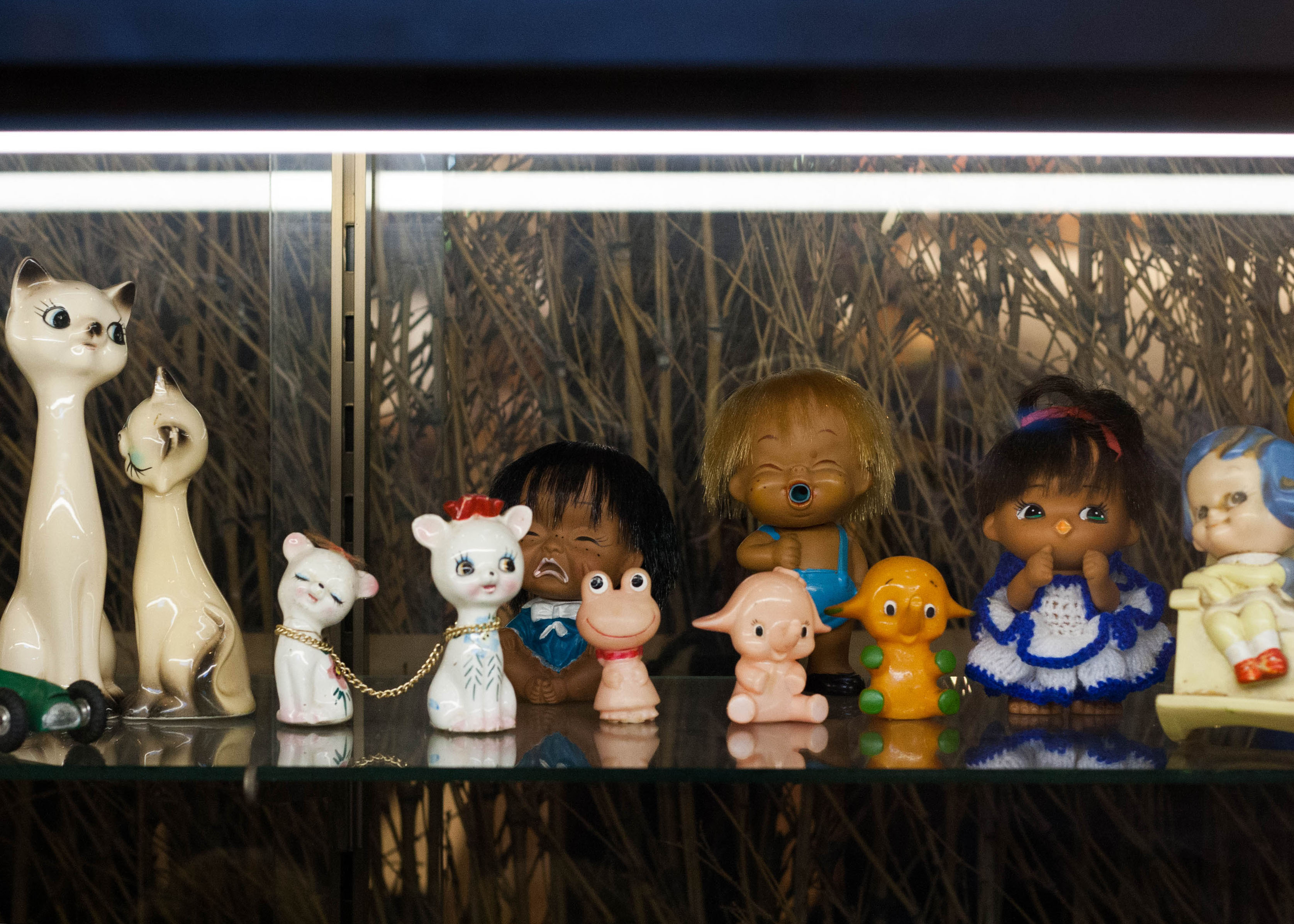 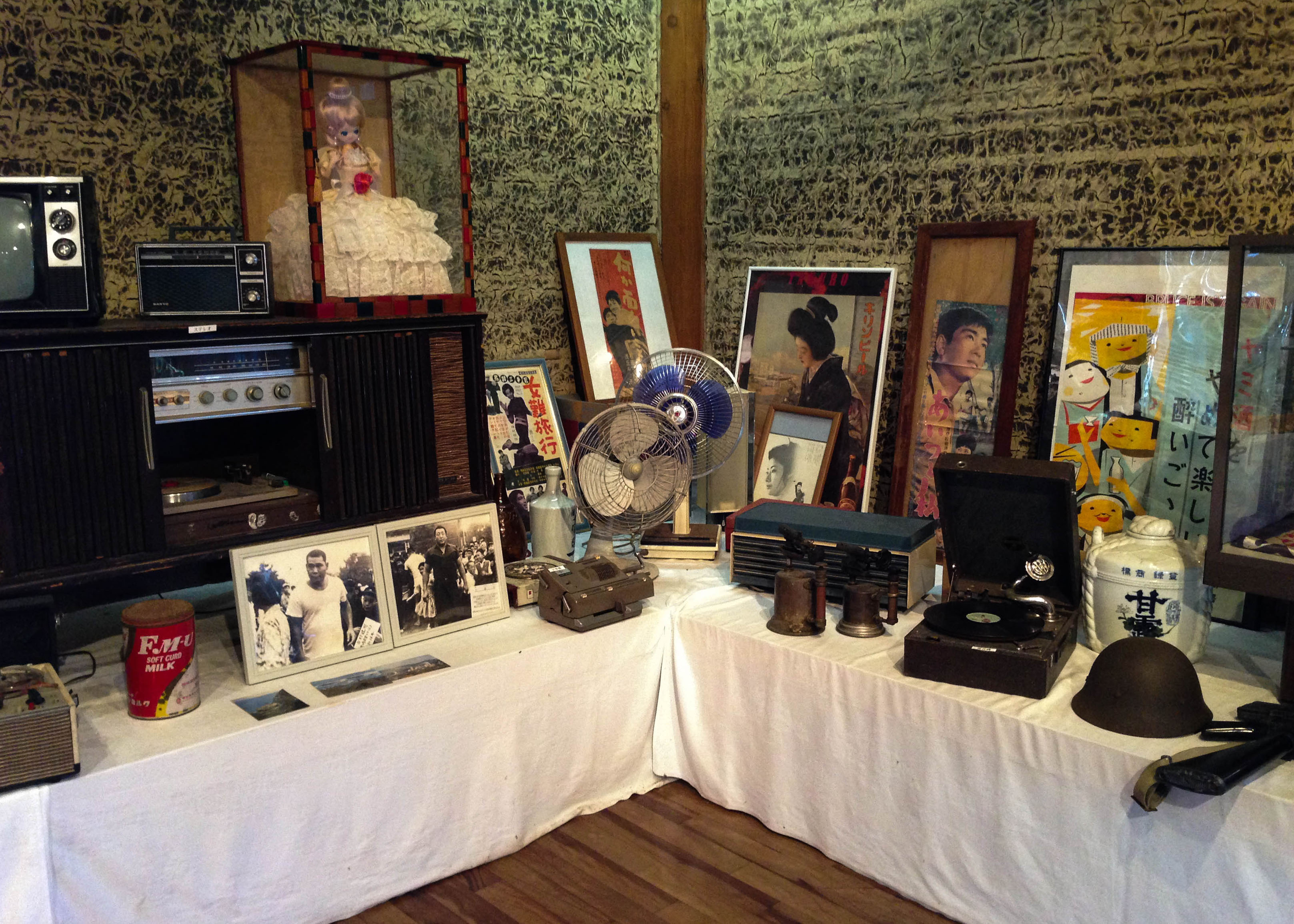 From the parking lot of the Castle, you can access another suspension bridge that leads to a park. It goes over the road and you can see a fair bit of the town, but it’s full of spiders.

On the way back to the center of town, we stopped at the Aya Equestrian Park to check out a giant flower clock. It’s 28 m in diameter and has over 20 000 flowers. Pretty impressive, but you need a ladder to get a good view.

By this time, it was late afternoon and we had to head home. After four days of solid exploring, it was time to hang up my weekend shoes and get back to work. 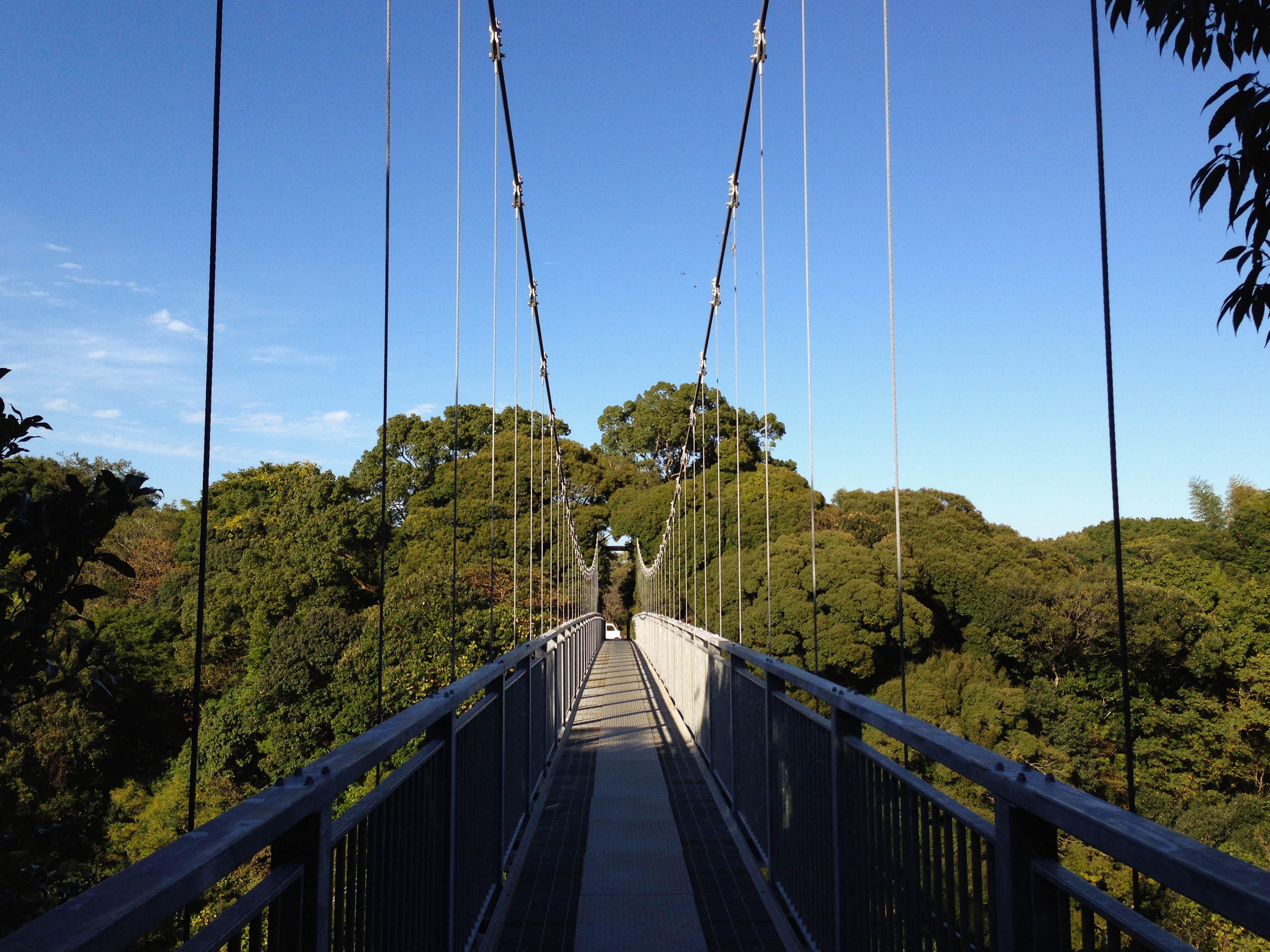