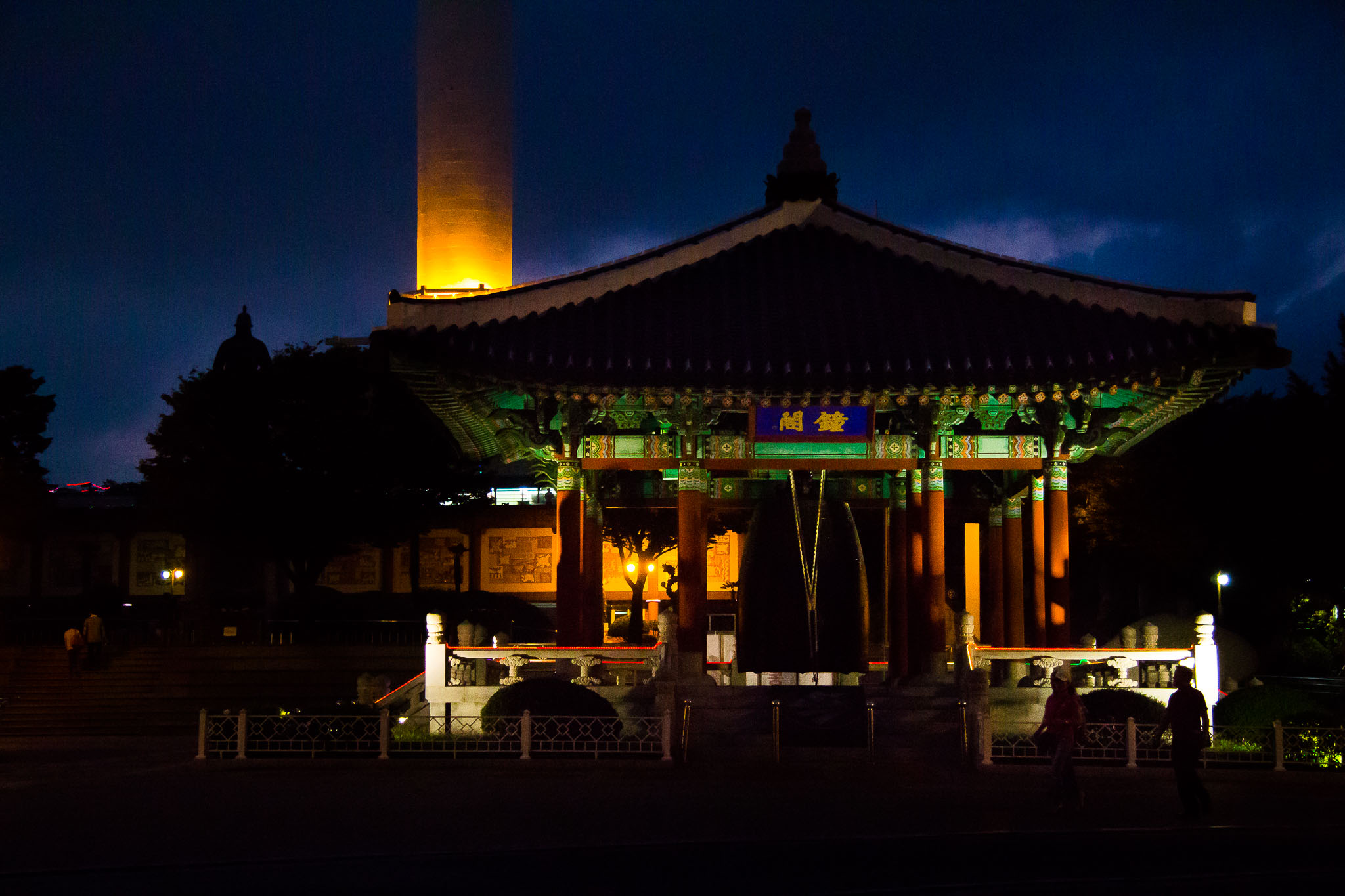 “Almost there!” I panted over my shoulder. The narrow escalator that carries people from Gwangbok-ro Street up to Yongdusan Park was under maintenance so we were walking up the several hundred steps instead.

Located atop one of Busan’s most famous mountains, Yondgusan, the park of the same name is said to offer impressive views of the port city. We weren’t sure how much of it would be accessible after dark, but since we were already in the area we figured we’d give it a go.

As it turns out, Yongdusan Park at night is one of Busan’s best kept secrets. 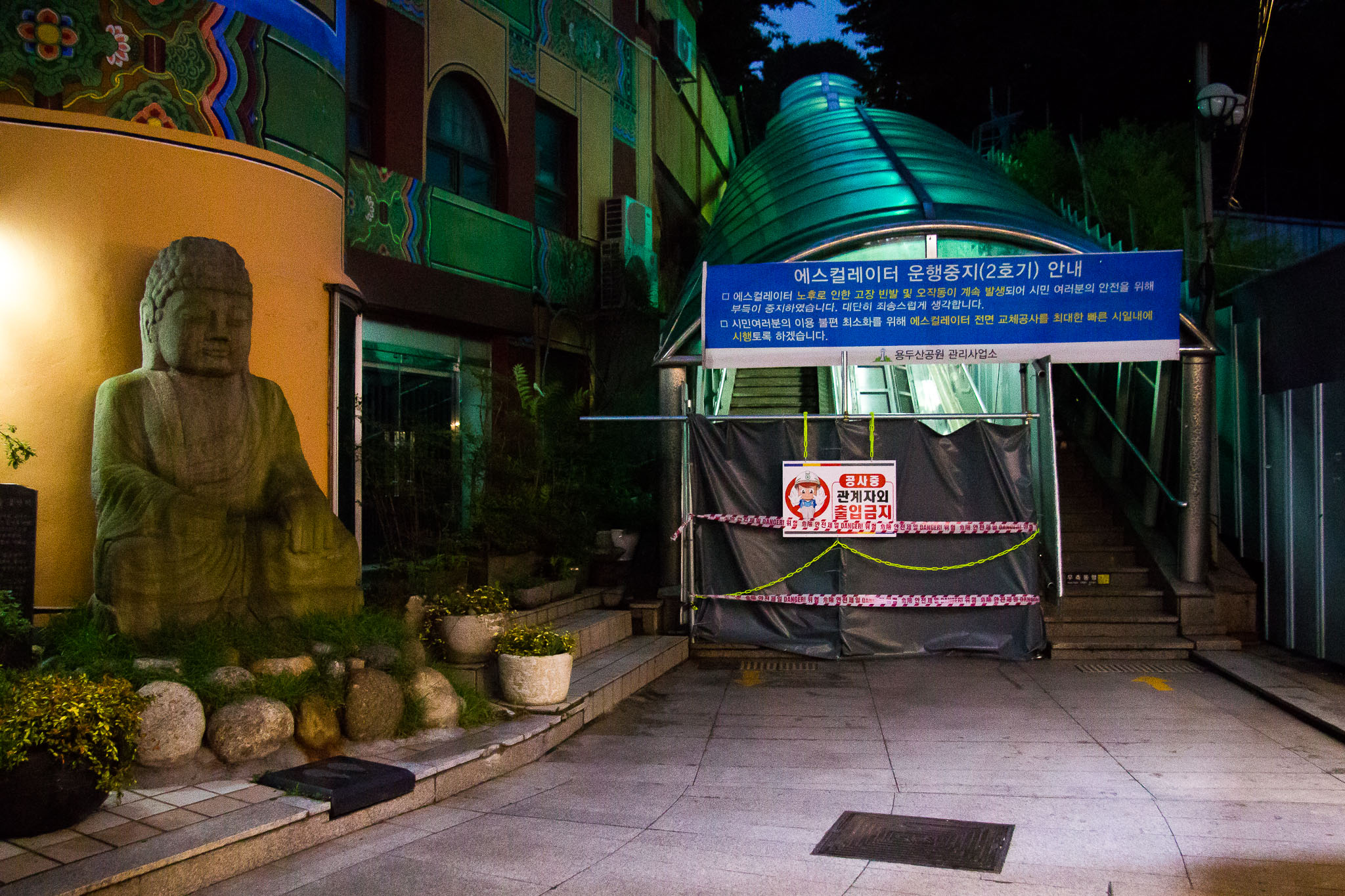 I reached the top first. “You’re gonna freak,” I yelled back to Madelyn. Two purple waterfalls sat guarding the final staircase that leads to the second tier of the park, the grey silhouette of Busan Tower looming in the background. What an entrance!

Yongdusan was first called Songhyunsan, named for its view of the ocean through the trees of its forest. It was thought that the peak, 69 metres above sea level, resembled the shape of a dragon’s head and was believed to possess the power to defeat enemies at sea. The temple was renamed Yongdusan, or “dragon head mountain”.

During the Korean War, Busan experienced an influx of refugees as one of only two cities in South Korea not captured by the North Korean army. The sudden increase in the city’s population saw houses being built all the way up its peaks. 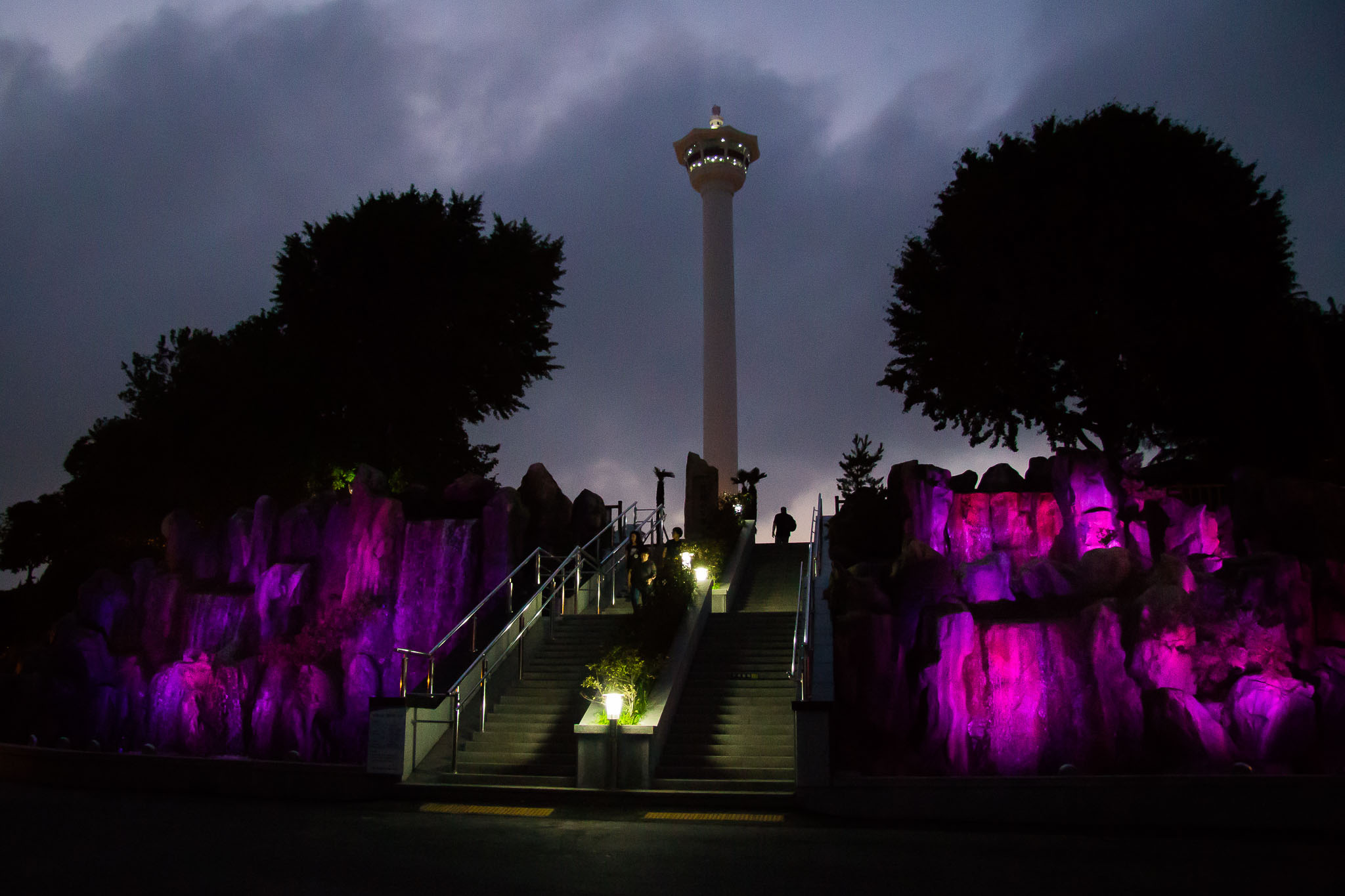 When the structures on Yongdusan were destroyed by fire, the city decided to turn the area into a park and planted replacement trees on the bald mountain. Today, the park contains 70 different species, covering an area of 69,000 m² (226,377.95 ft²).

At the top of the final staircase, everything turned to yellow and orange; bright streetlamps illuminate a Buddhist temple and a statue of the war hero Admiral Yi Sun-Sin.

At the time of Japanese colonial rule, a shrine was built on Yongdusan, but this has since been replaced with monuments dedicated to Korean War victims, peace in the country and the April Revolution. 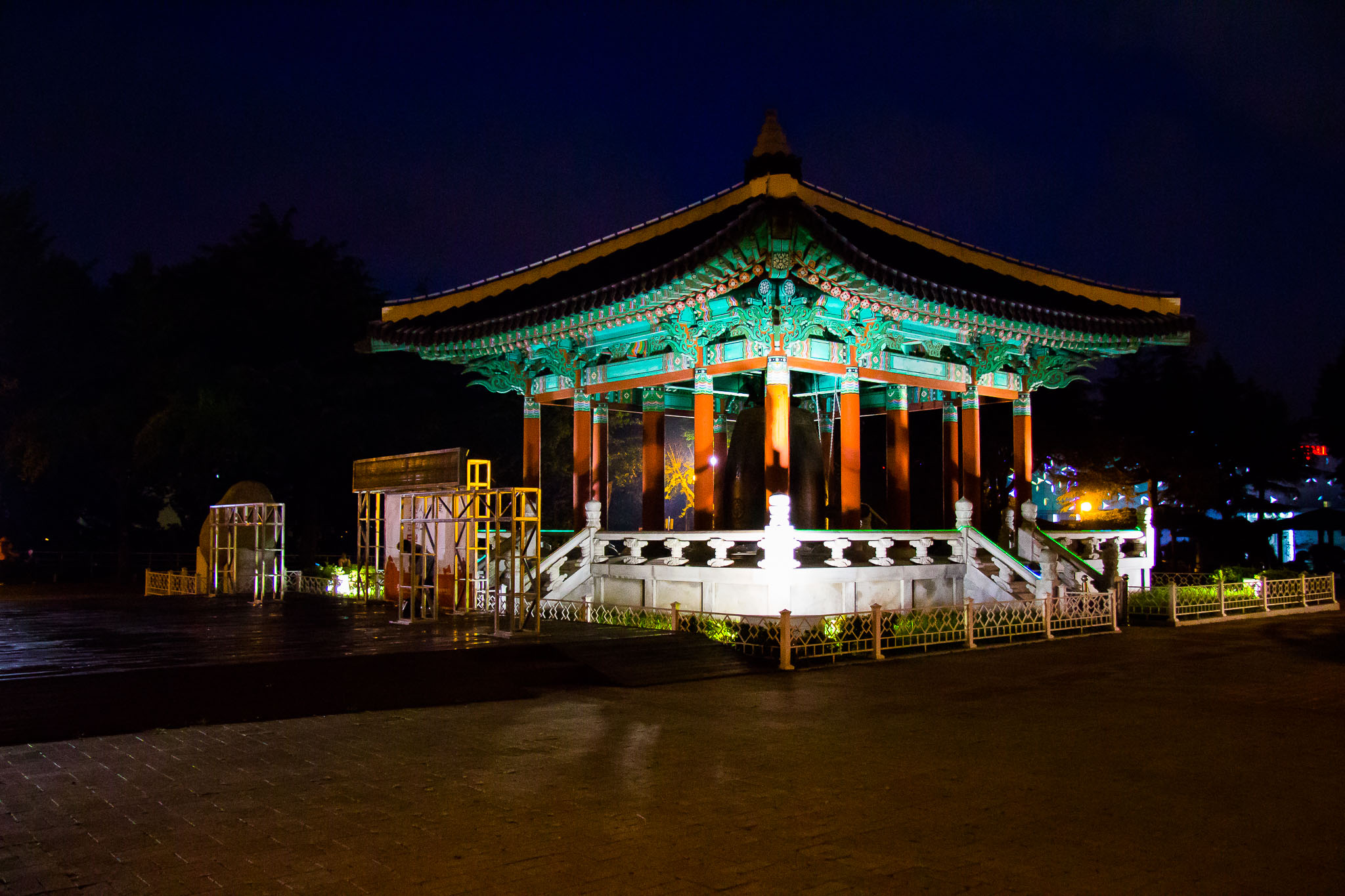 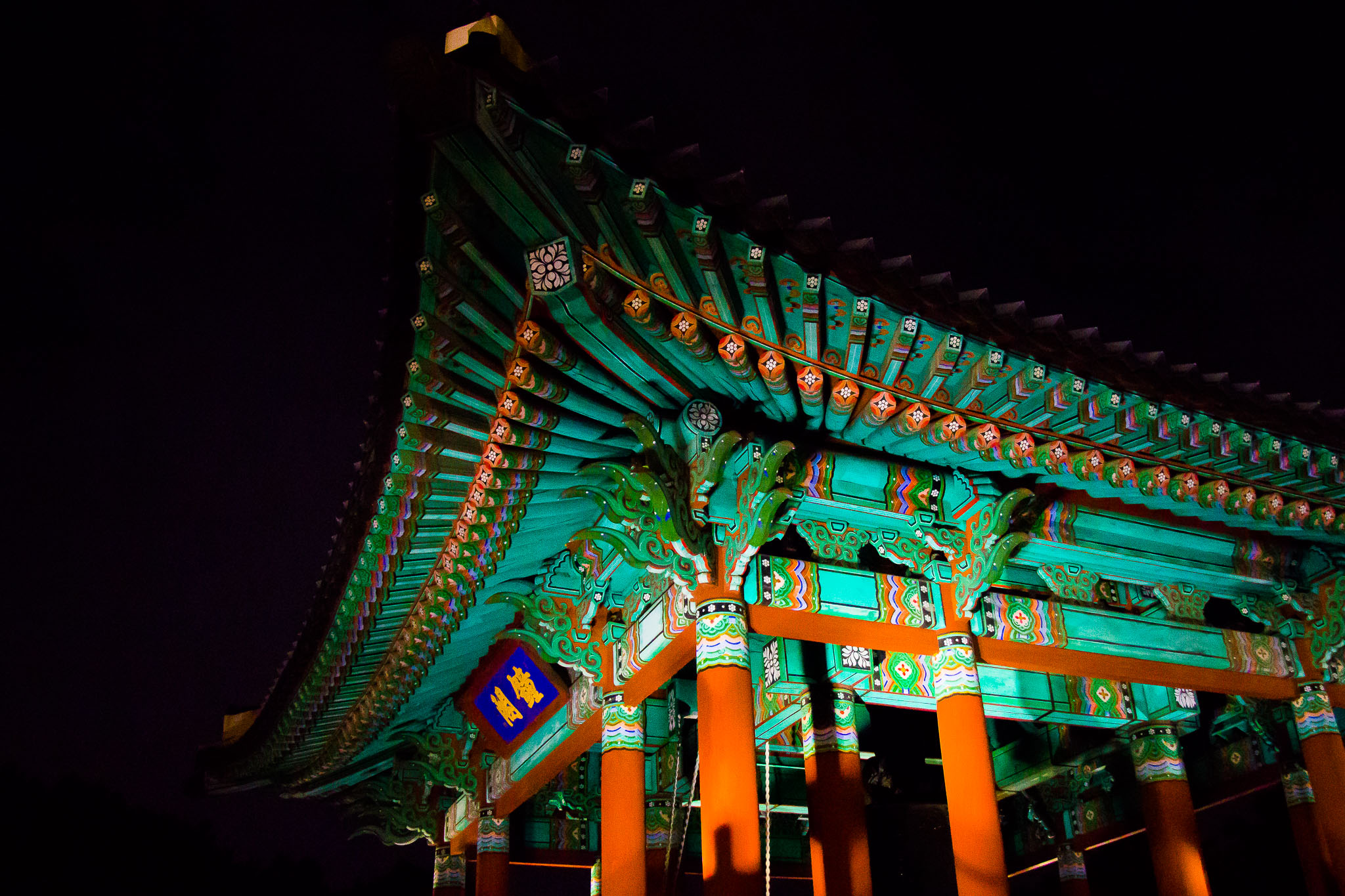 There is also a bronze dragon sculpture, a stone bust of activist An Huije, a flower clock, citizen’s bell, literary monument and a museum of folk instruments.

The park’s main attraction, of course, is the 120 metre-high Busan Tower. Unlike most towers with observation decks, Busan Tower was built solely for entertainment purposes and contains no transmitting equipment.

We each bought a ticket and had to wait just a few minutes before one of the tower’s high speed elevators sent us hurtling to the top. 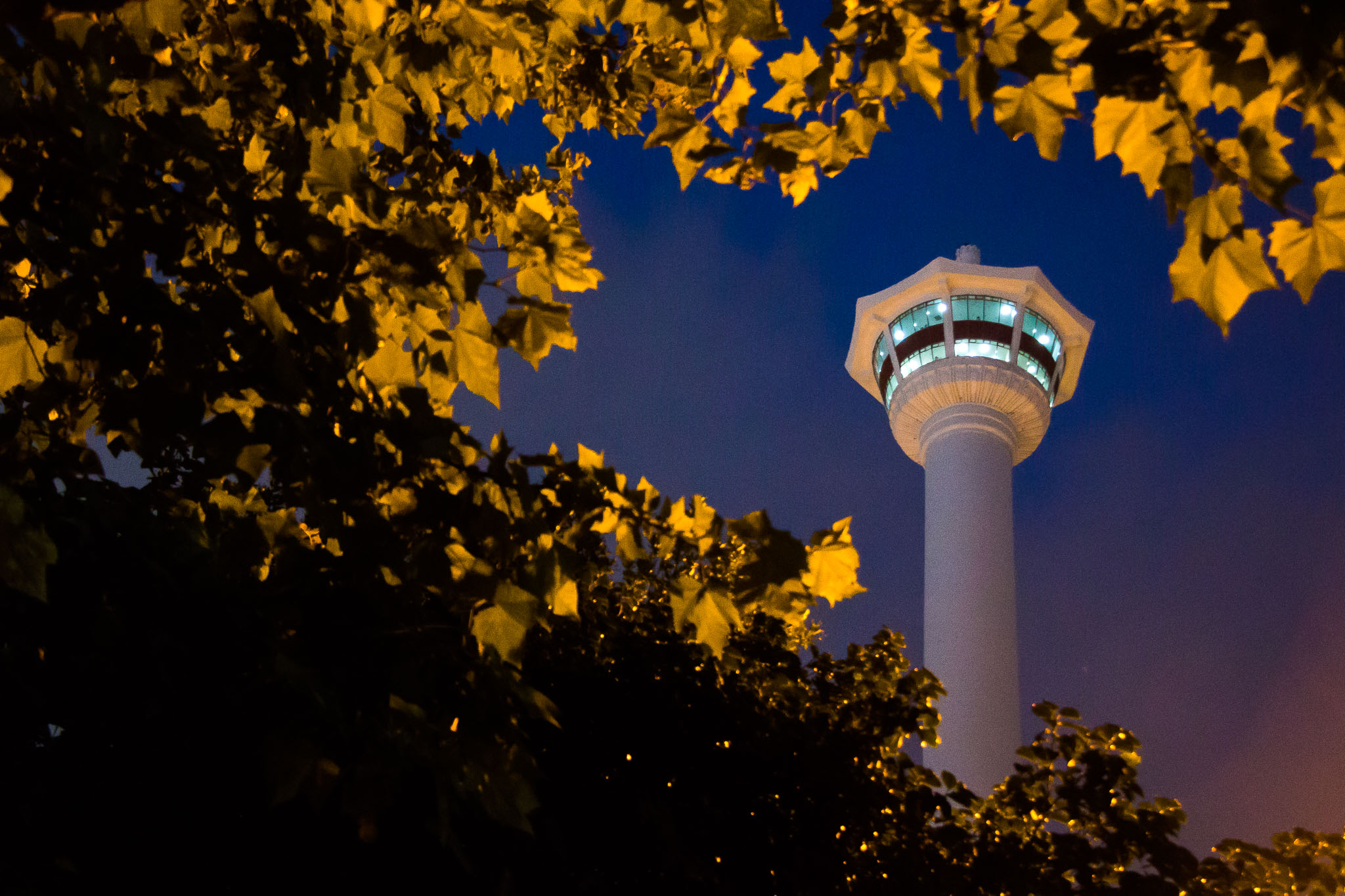 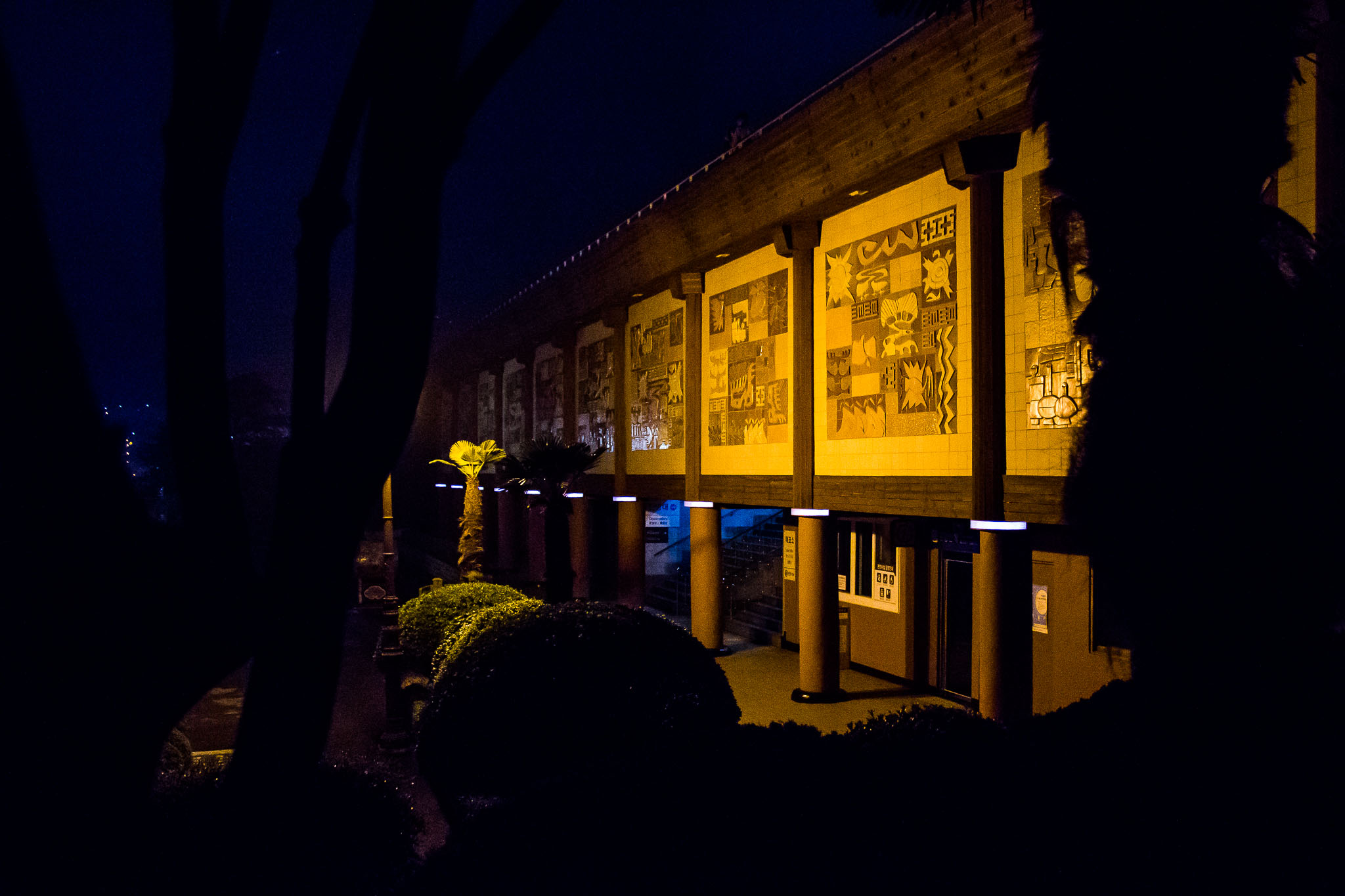 The observation deck has two levels (or three if you count the one closed off to the public). The first, named Sky Lounge, serves coffee, snacks and ice-cream and has stools and counters where you can sit and enjoy the view.

The wall encircling the two elevators is covered in small tile magnets decorated with hearts and messages of love. There are also thousands of love locks tied to the fence at the base of the tower and several illuminated hearts where people can pose for photos. We concluded that the park has become a significant place for couples, which is not surprising. It’s a pretty romantic place.

And if you can ignore the harsh reflection of the cafe’s fluorescent lights on the windows, the 360˚ view from the tower is a fairy-tale itself. 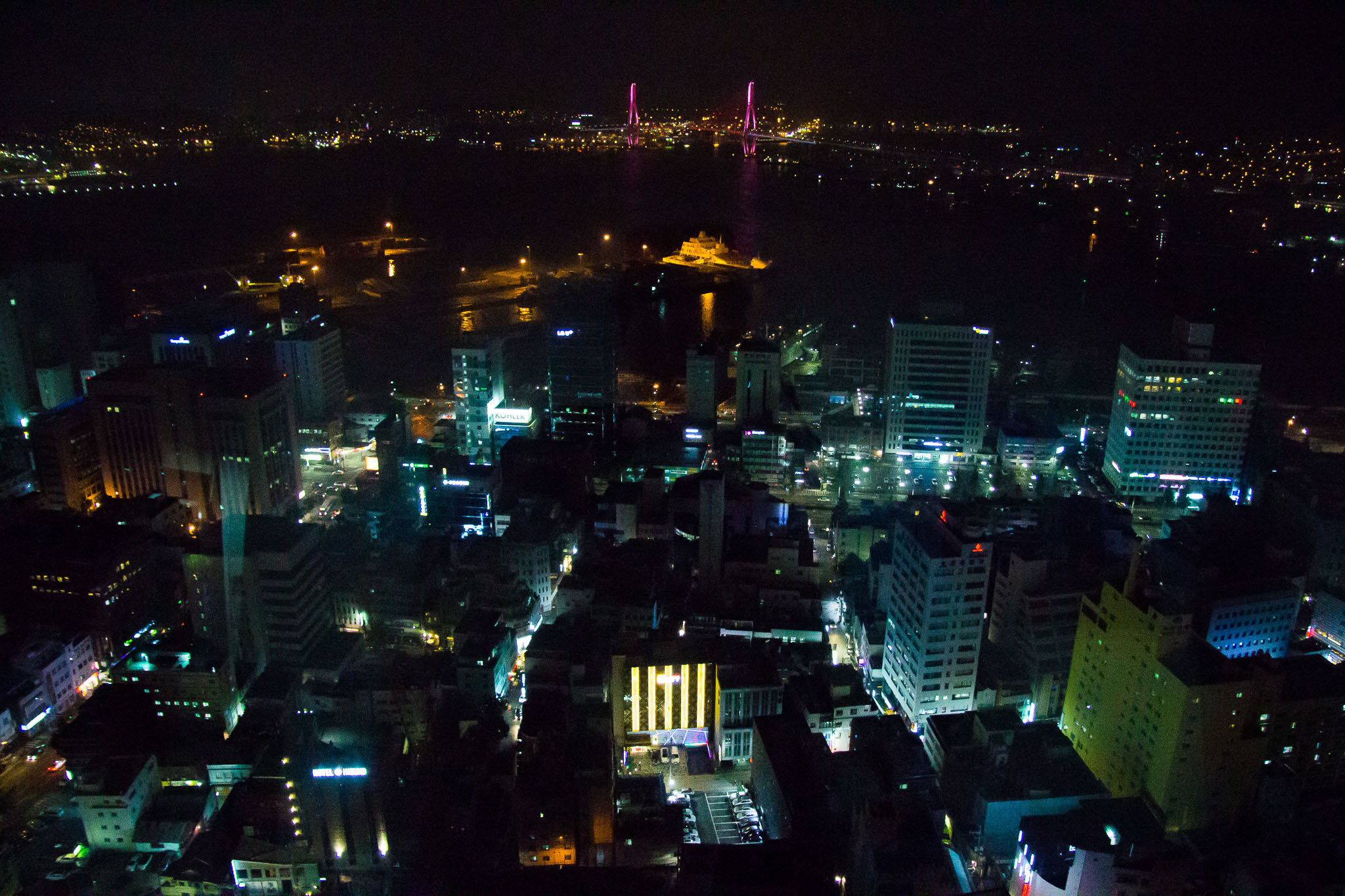 The second level is accessed via a hobbit-like staircase, which won’t be fun if you suffer from claustrophobia, but the lights here are dimmer so you’d probably be able to get a few decent shots. Eventually, I put my camera down and just tried to enjoy the city twinkling up at me.

After taking the elevator back down, we looked around the souvenir store for a bit and then slowly made our way back to the park’s entrance. Madelyn was still carrying her dolsots from the market, and we were both bordering on hangry, so we hopped in a cab and headed back to Gwangalli Beach for dinner. 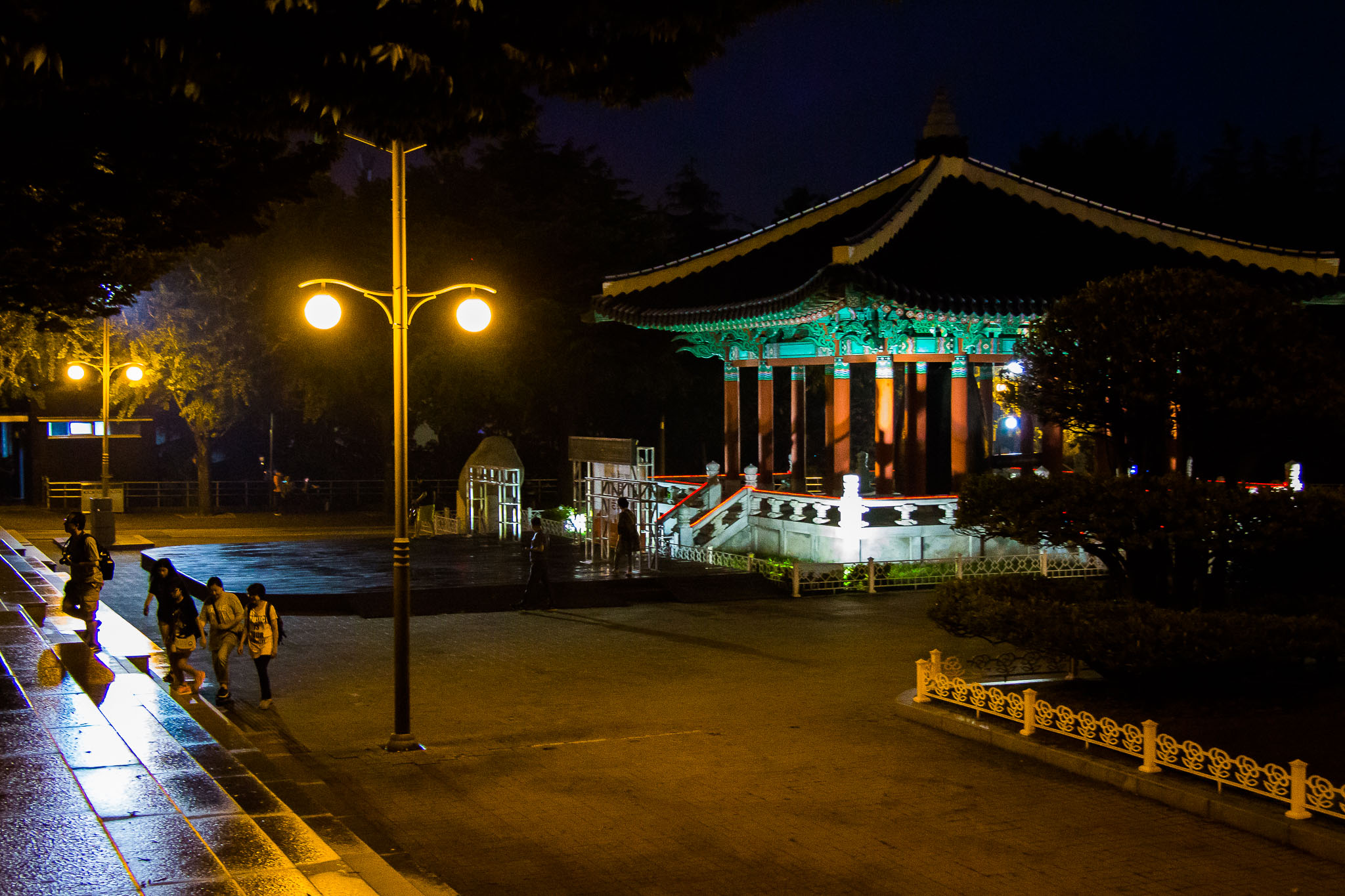 From Nampo Station, take exit 7 and turn left onto Gwanbok-ro Street (광복로). The escalator is about 150 metres away, on your right (look for the Nike store across the street).