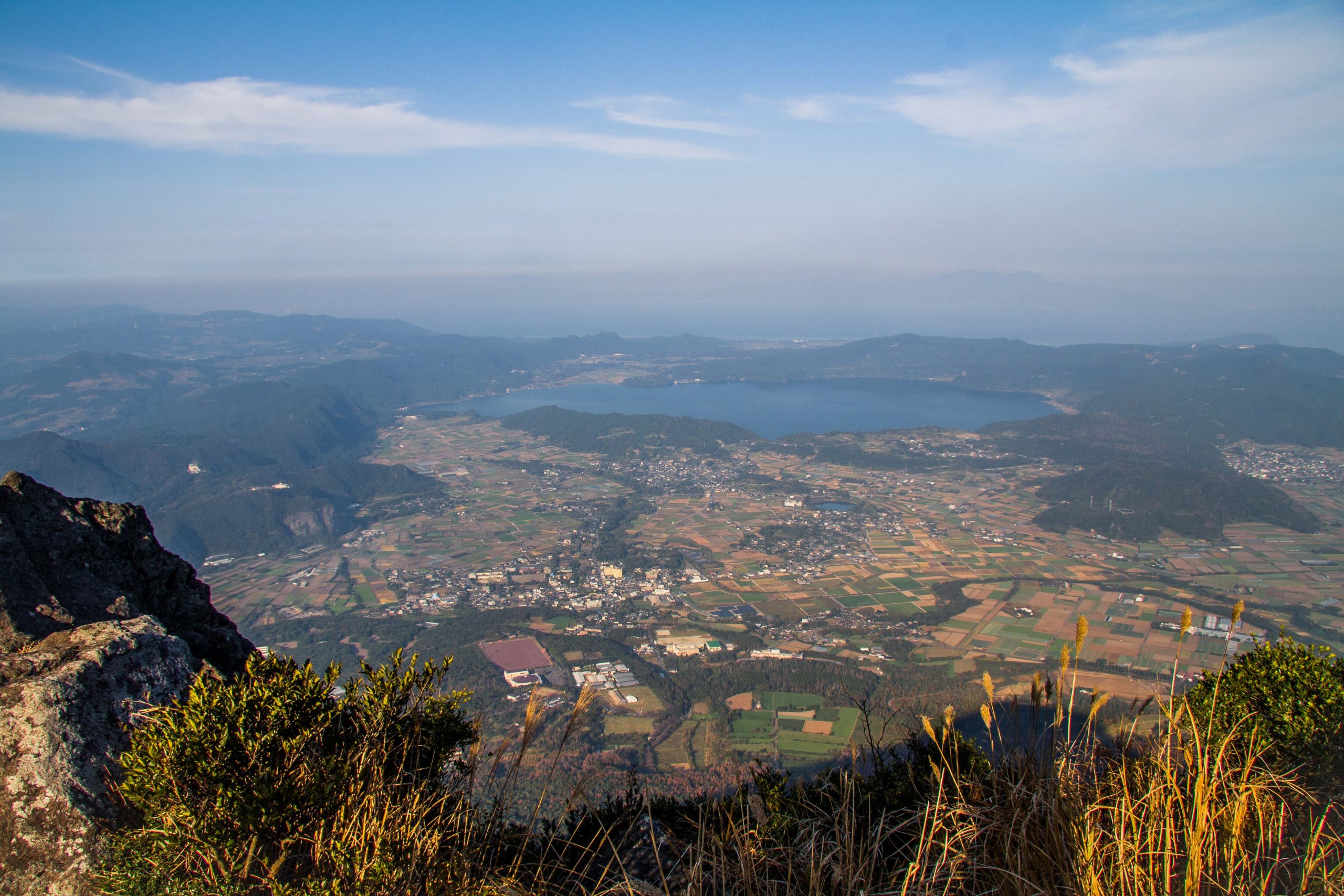 AIR RESCUE POINT. The small, yellow sign caught my eye as I clambered over another giant boulder. Take note, I teased myself, this is where they’ll have to come to find you. I was two hours and 40 minutes into the 4,25 km (2.6 mi) ascent of Kaimondake. Most of the hike so far had been a gentle walk, but this last bit was proving to be quite tough. The rock I was standing on was propped up against the cliff face by another rock, and next to it was a sharp drop into the trees and shrubs below.

Located in the Ibusuki region of Kagoshima, “Open Gate Mountain” is a dormant stratovolcano that is part of the submerged Aira caldera in Kagoshima Bay and belongs to the Kirsihima-Yasu National Park. It last erupted in 885 AD and is the 99th of Japan’s 100 Famous Mountains as listed in the popular 1964 book by Kyuya Fukada.

Kaimondake is nicknamed the “Fuji of Kyushu” for its similarity in shape and symmetry to Japan’s most famous peak, although it’s just a quarter of its size standing at 934 m (3031, ft). The relatively small mountain rises straight from sea level though, making its elevation change of 815 m (2,700 ft) from the first station a challenge for even the experienced hiker. 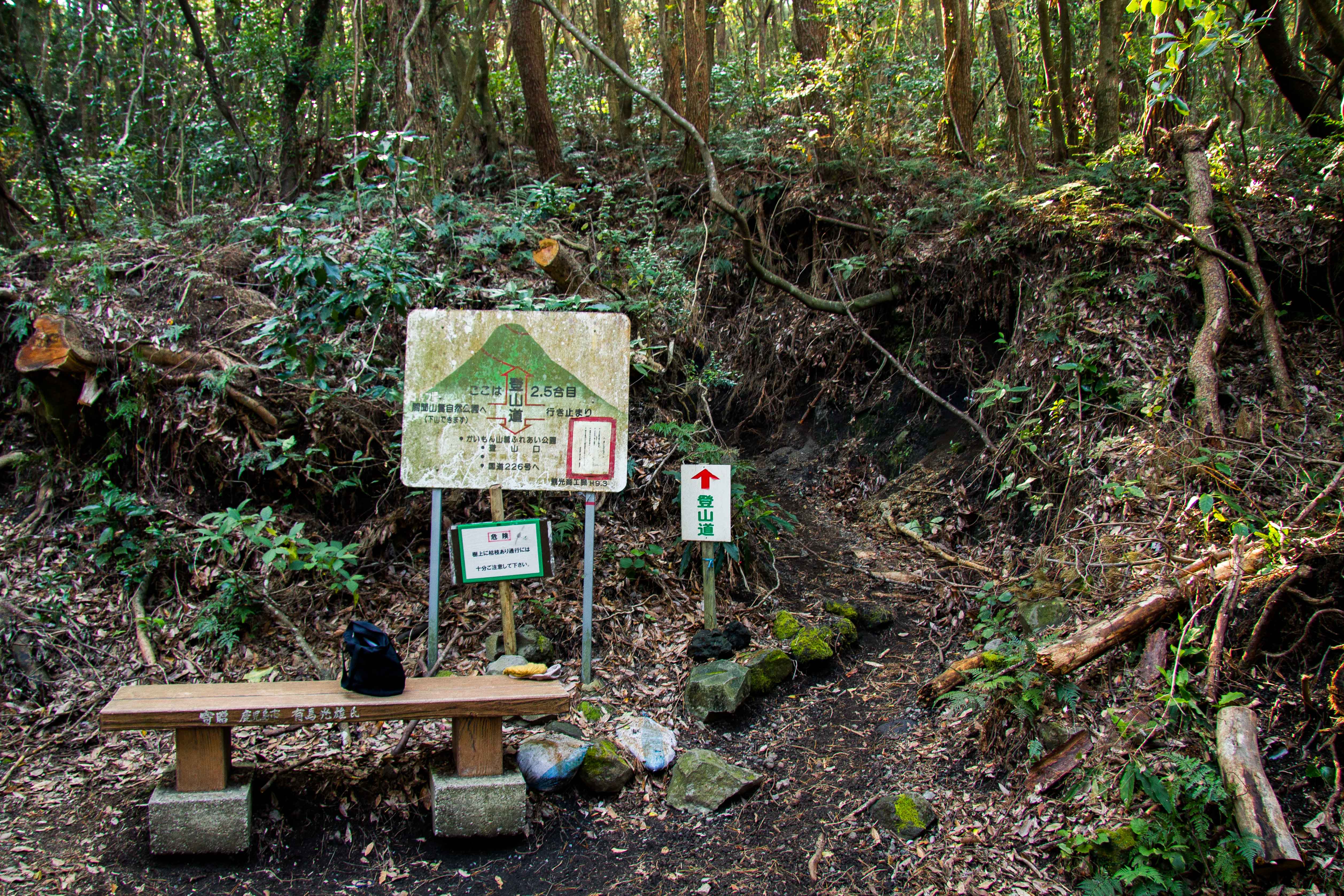 The trail is the only one of its kind in Japan; it contains no switchbacks, spiraling instead around the base of the mountain. The helical path begins in a dense forest but once you reach the tree line, the scenery of the nearby Kinko Bay and Lake Ikeda is breathtaking.

I stared down at the giant blue puddle and marveled at how, just a couple of hours before, we were driving alongside it. Austin and I had left Miyazaki early that morning to make the 200 km (124 mi) trek down to the Satsuma peninsula. It was a pleasant drive once we got off the highway; Ibusuki is such a picturesque little place, one right out of the pages of a beach town novel.

Now, he was ahead of me on the trail but I was grateful for the improved concentration that my solitude had brought; I only let myself look over into the drop once, but I knew that one wrong move would turn me into mince meat. 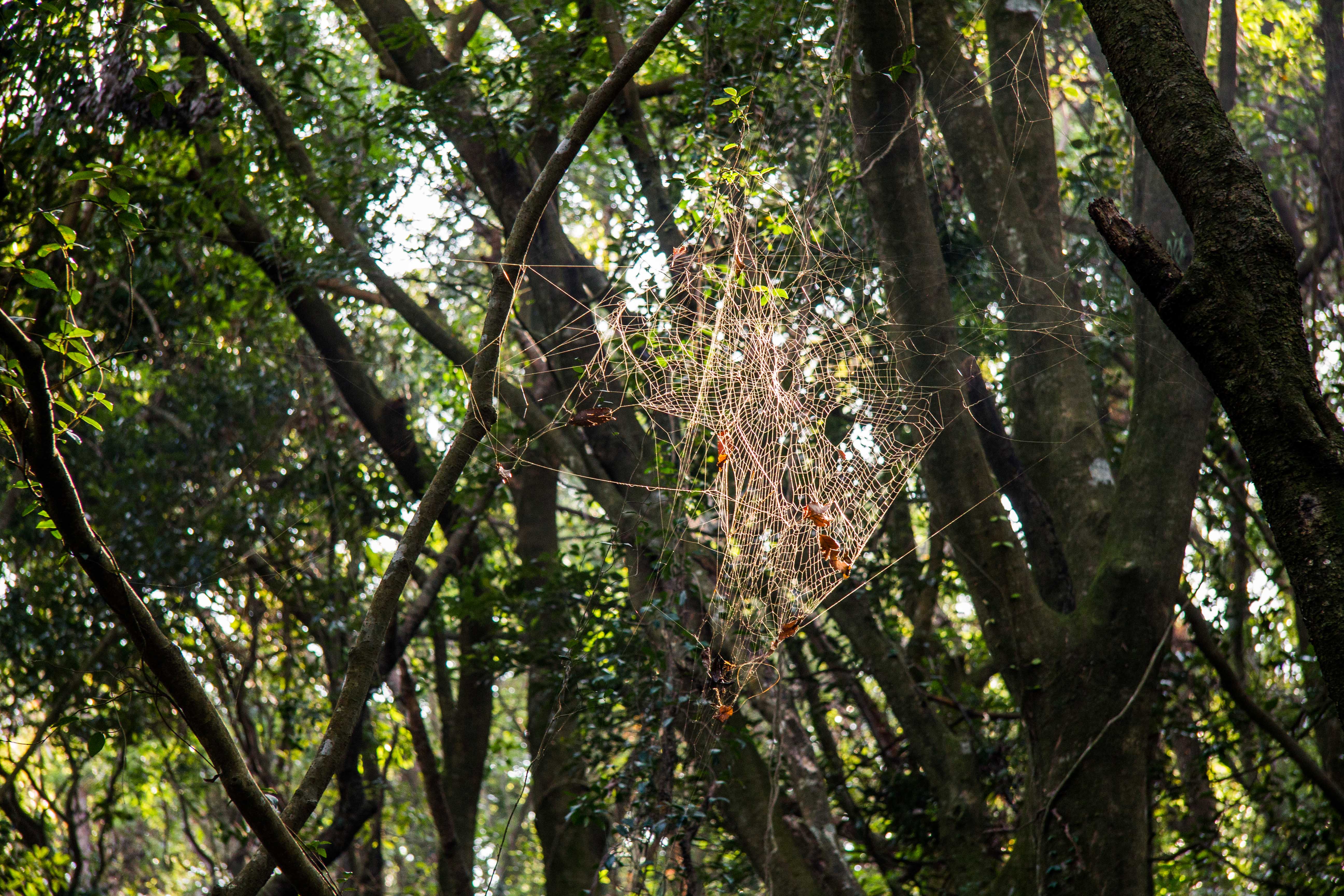 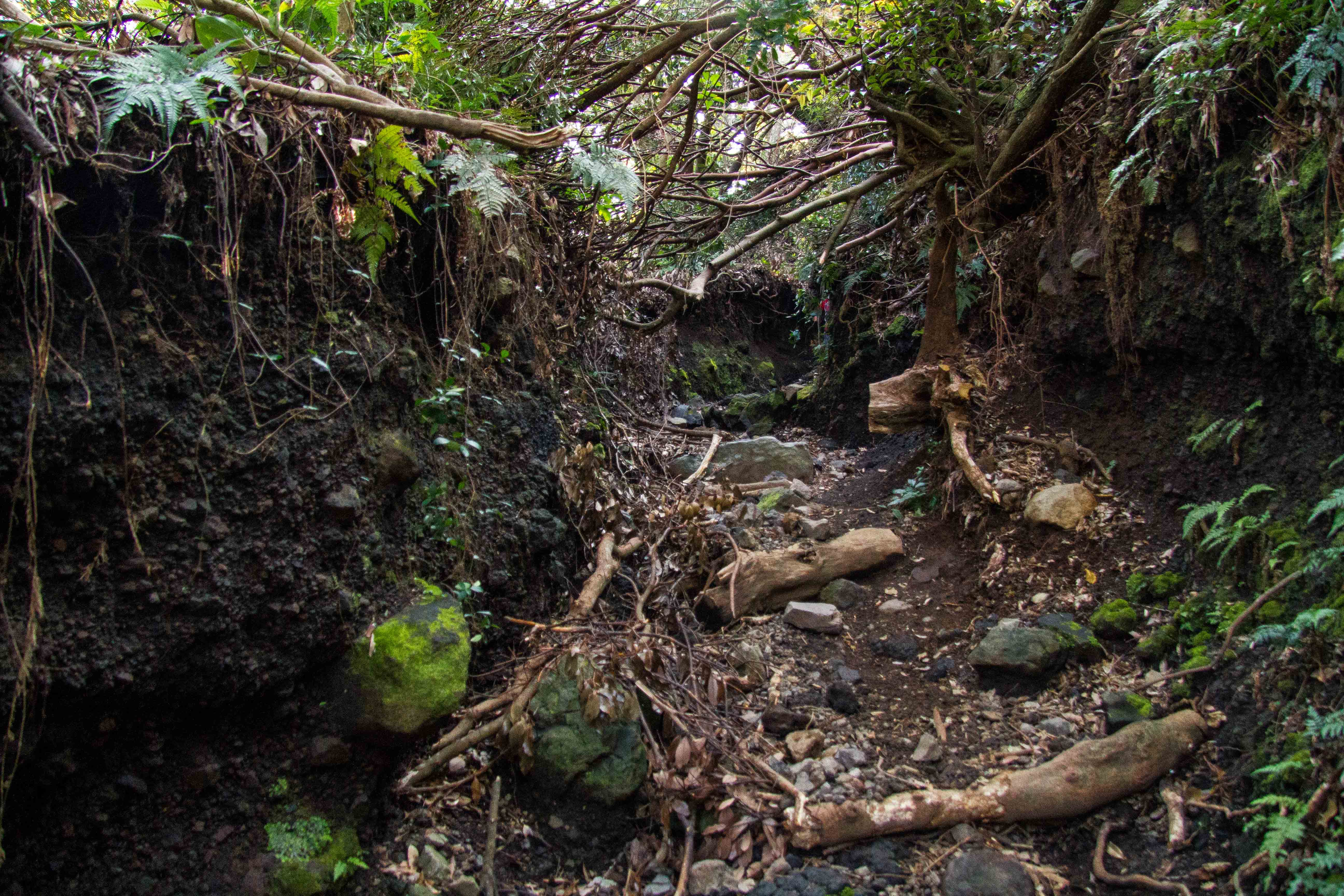 I looked up and saw two elderly men and a woman, beaming down at me from up ahead on the trail.

“あなたの友達を見た。かれはさほど遠くない。” (We saw your friend. He’s not far away.)

They had assumed, correctly, that the only two foreigners on the trail were hiking it together. 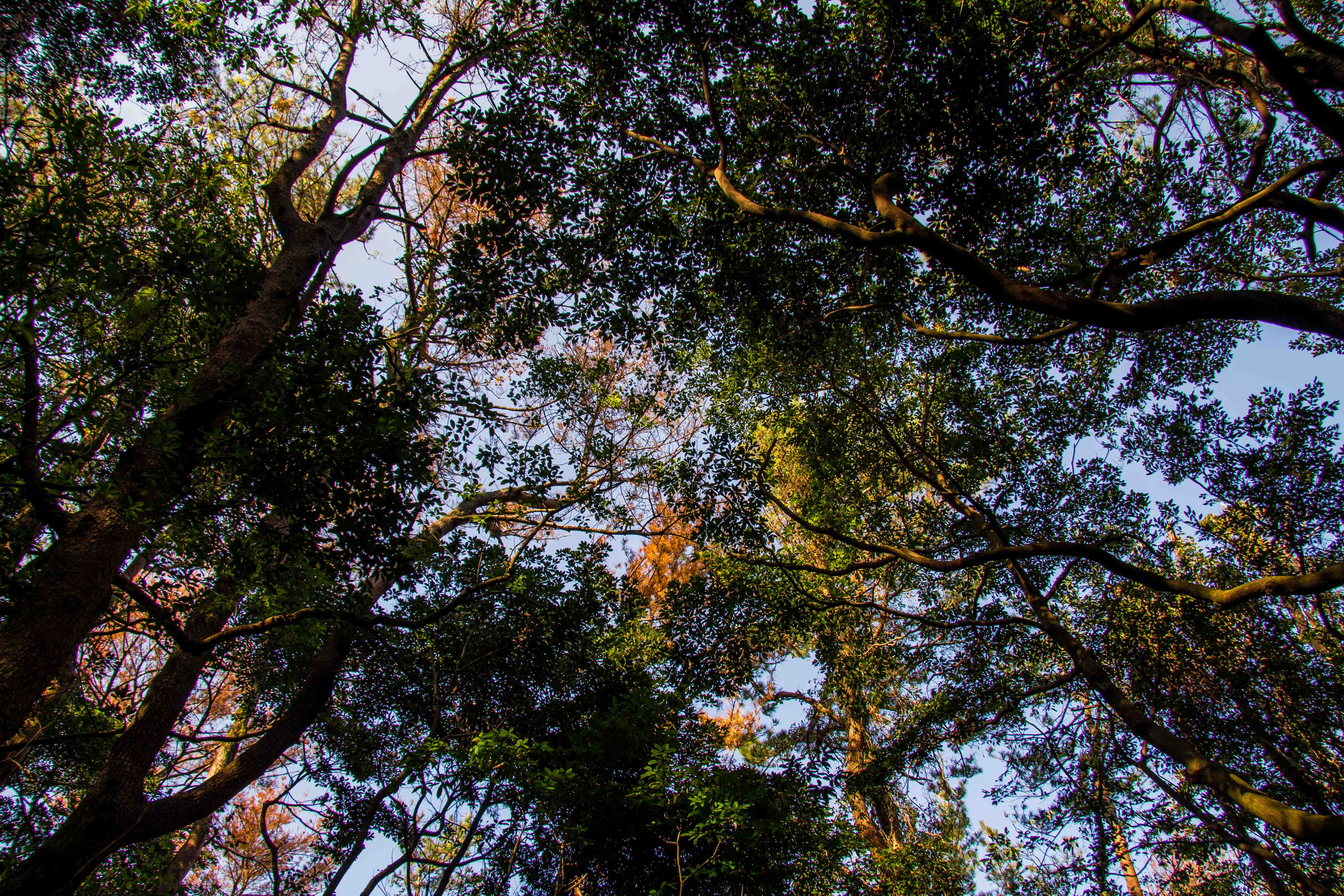 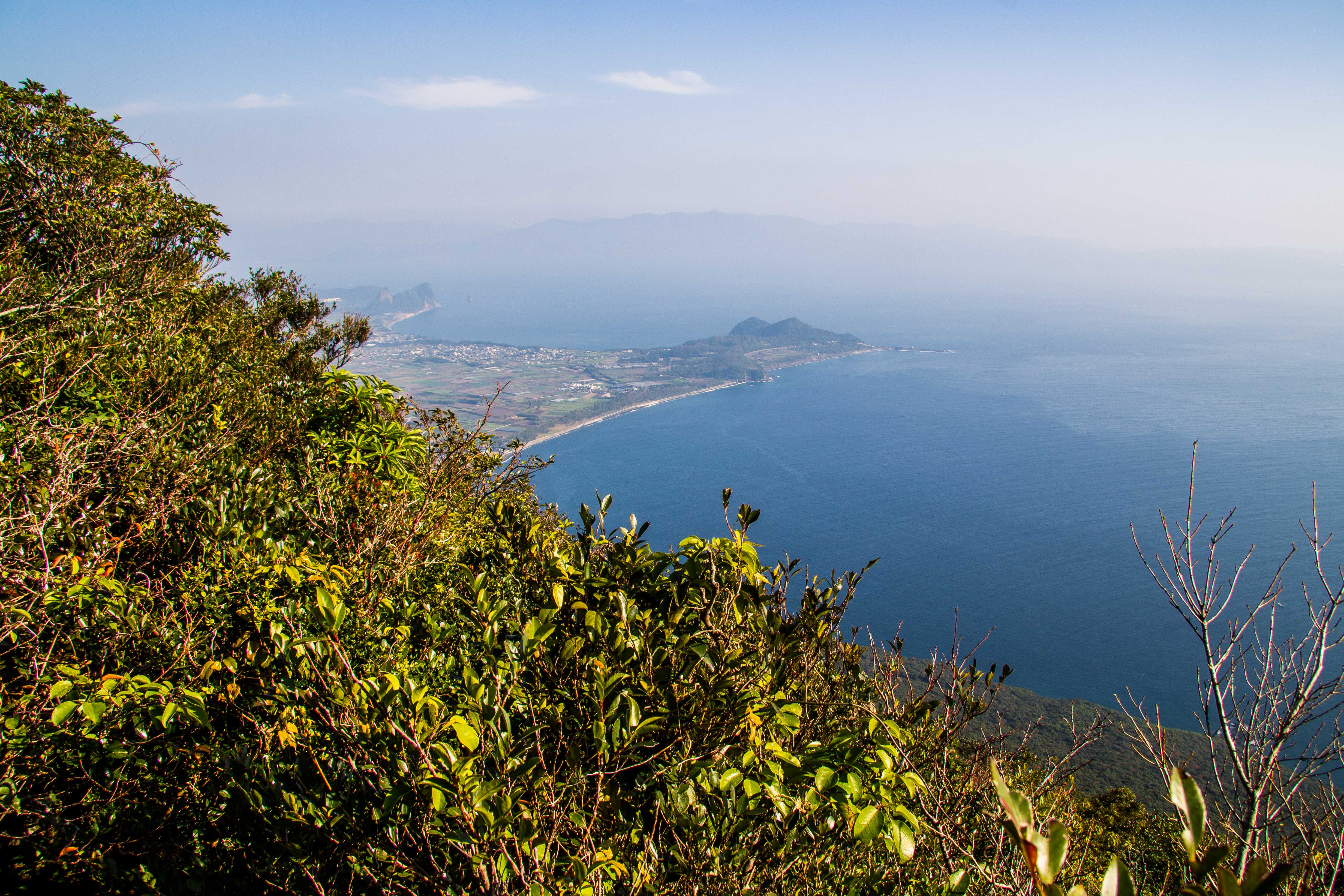 I’d already had one accident – I swung myself around a tree branch and instead of landing on the boulder I was aiming for, smashed into it with my knee – so I heeded their warning. But despite more boulders, wonky wooden staircases and ropes in parts, I managed the rest of the trail without any hiccups.

It took me about 3 hours in total to reach the top, and considering I’ve only ever hiked one other mountain, I was pretty chuffed with myself.  From the summit, the panoramic scenery extends as far as Cape Sato to the east and on a clear day to Tanegashima and Yakushima islands in the south. I plopped myself down on a rock for a much needed rest and took in the view.

We wanted to make it back down in time to visit one of the volcanic sand onsen that the area is so famous for, so after a short break and some photographs we started our descent. It was a lot harder than I thought it would be; I slipped and fell twice on the scree. 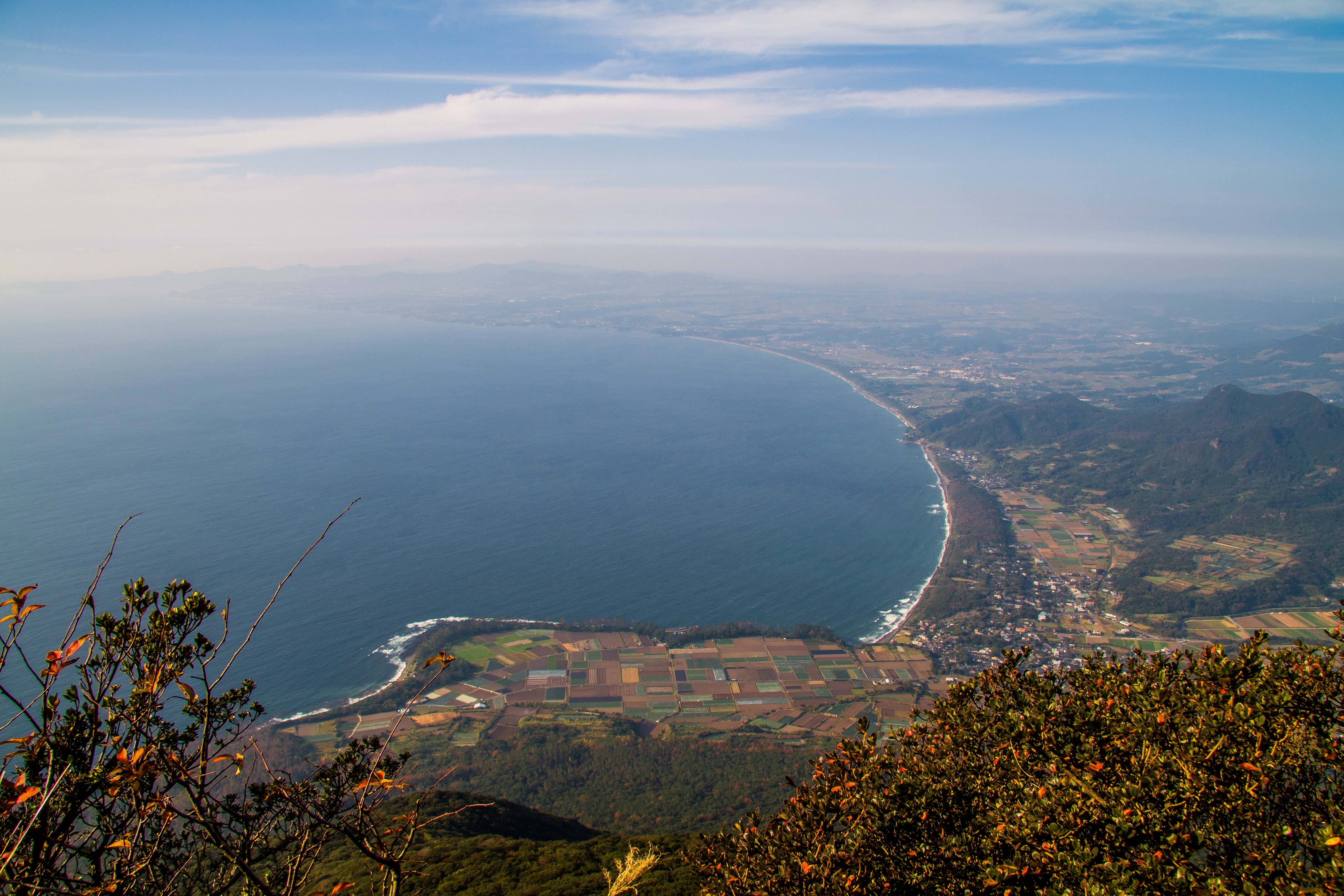 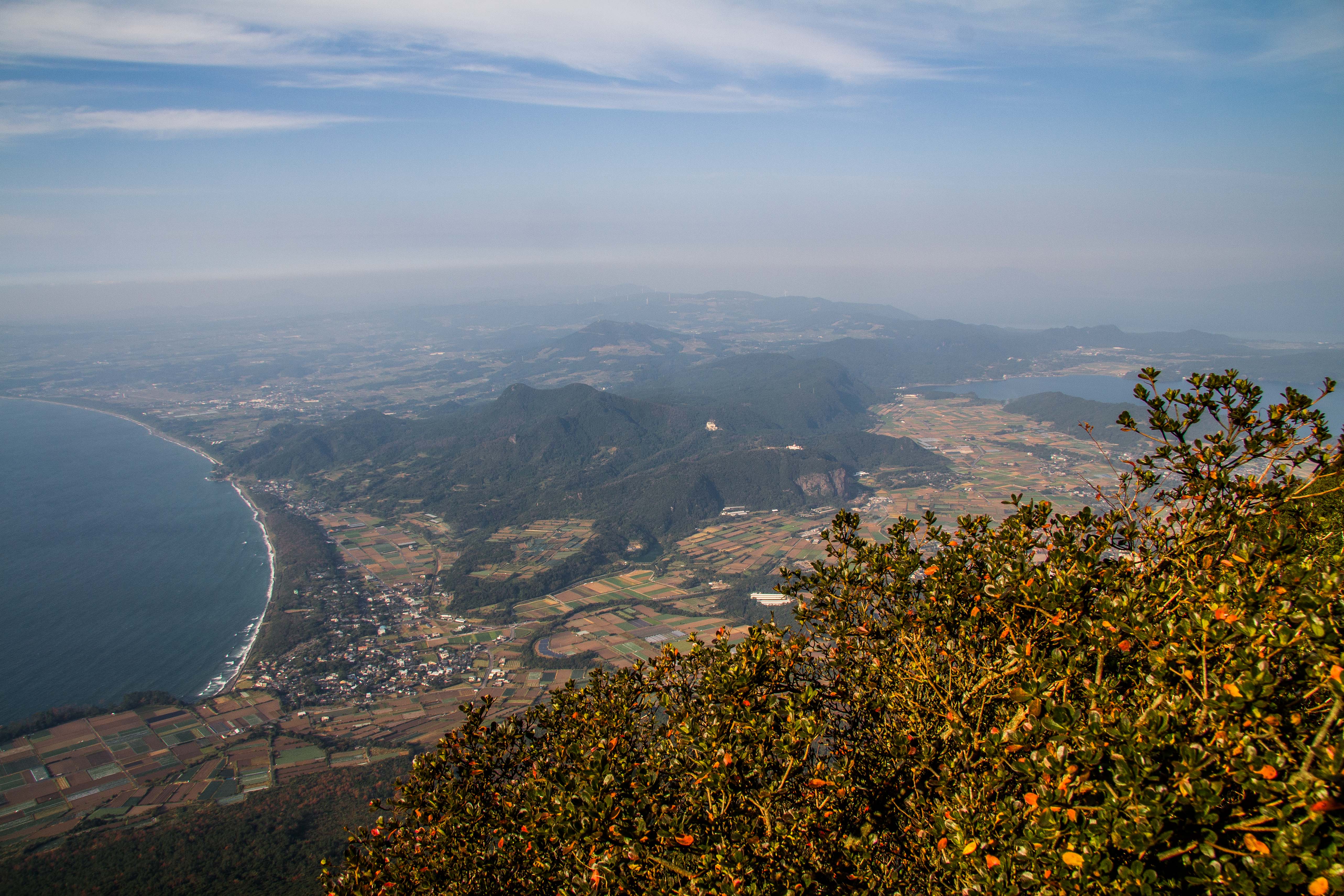 By the time we reached the trail head, the sun was setting. We hurried through the campground at the base of the mountain (it has toilets, vending machines, and hot showers for 200円) and back to the parking lot. A quick Google search in the car revealed that there was, in fact, an onsen still open offering the hot sand baths.

Saraku Sand Bath Hall is right on the beach and provides the service all day long until 9 pm. You purchase tickets and towels at the front desk, change into yukata (cotton robe), and then make your way down to the sand bath area.

At night, they use a covered section of the beach, which looks like a giant sandpit. One of the many attendants working the sand with a shovel instructed us to lie down in one of the designated spots. They then cover you right up to your neck with the grey sand, which is heated naturally from hot spring water. It was heavy, but not unpleasant, and the sound of the waves crashing onto the shore was very soothing. 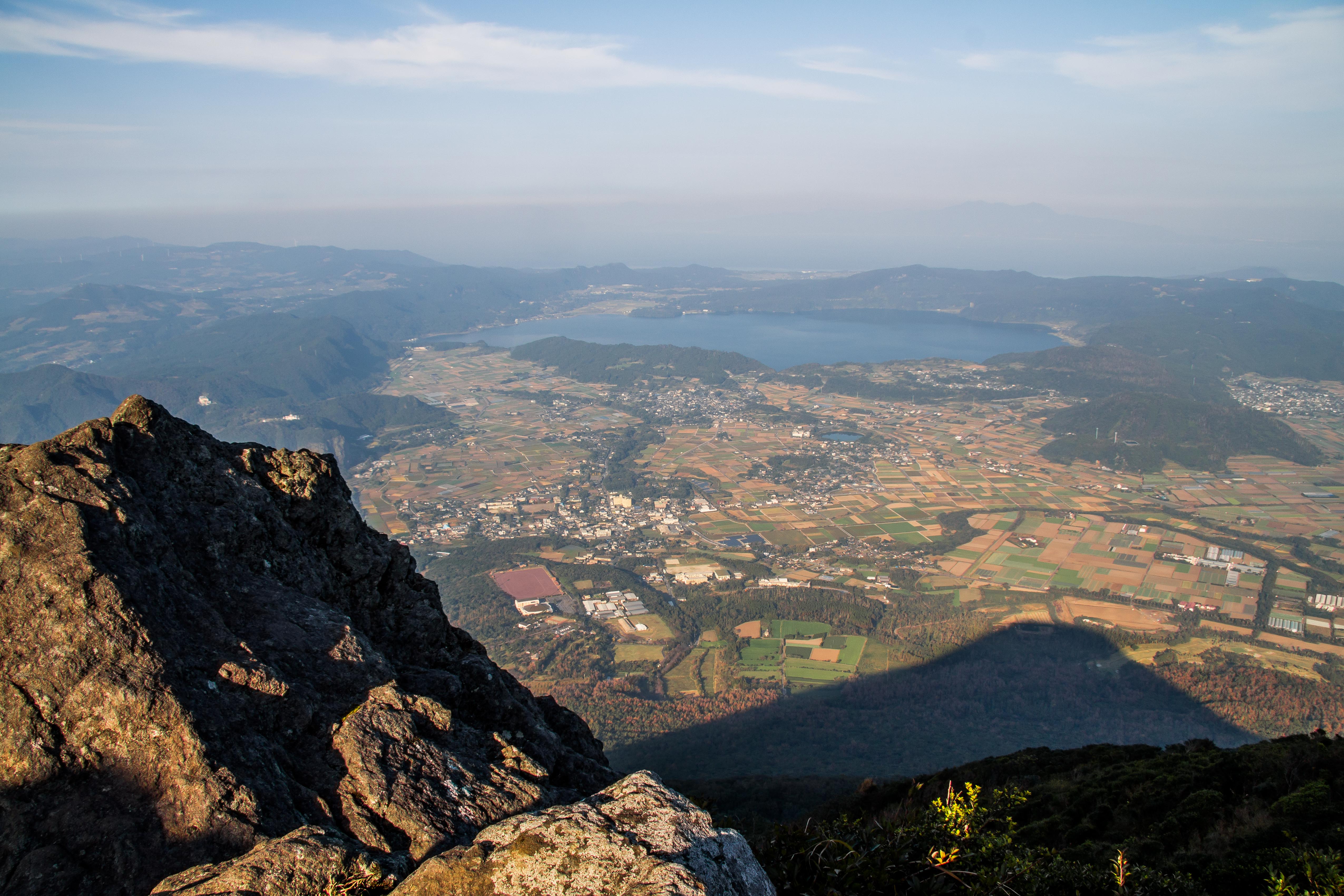 It’s recommended that you remain in the sand for only 10 minutes as it can get very hot. On the parts of my body that weren’t covered by the yukata, I started to feel the burn. Listening to the sound of shovels crack into the earth around you while being buried up to your neck is a level of weird that is quite unsettling. We stayed just 5 minutes over the time.

After returning to the baths, you’re asked to rinse off the sand and then dispose of your yukata down a laundry chute. You can then enter the adjacent bath and enjoy a soak. There’s also a sauna with a television inside.

It was the perfect end to a long day of hiking. There was just one thing left to do before we headed back to Miyazaki for the night: eat. We found a darling little French restaurant just a short drive away where we toasted over black pork and roast duck to Ibusuki and hopefully returning one day. 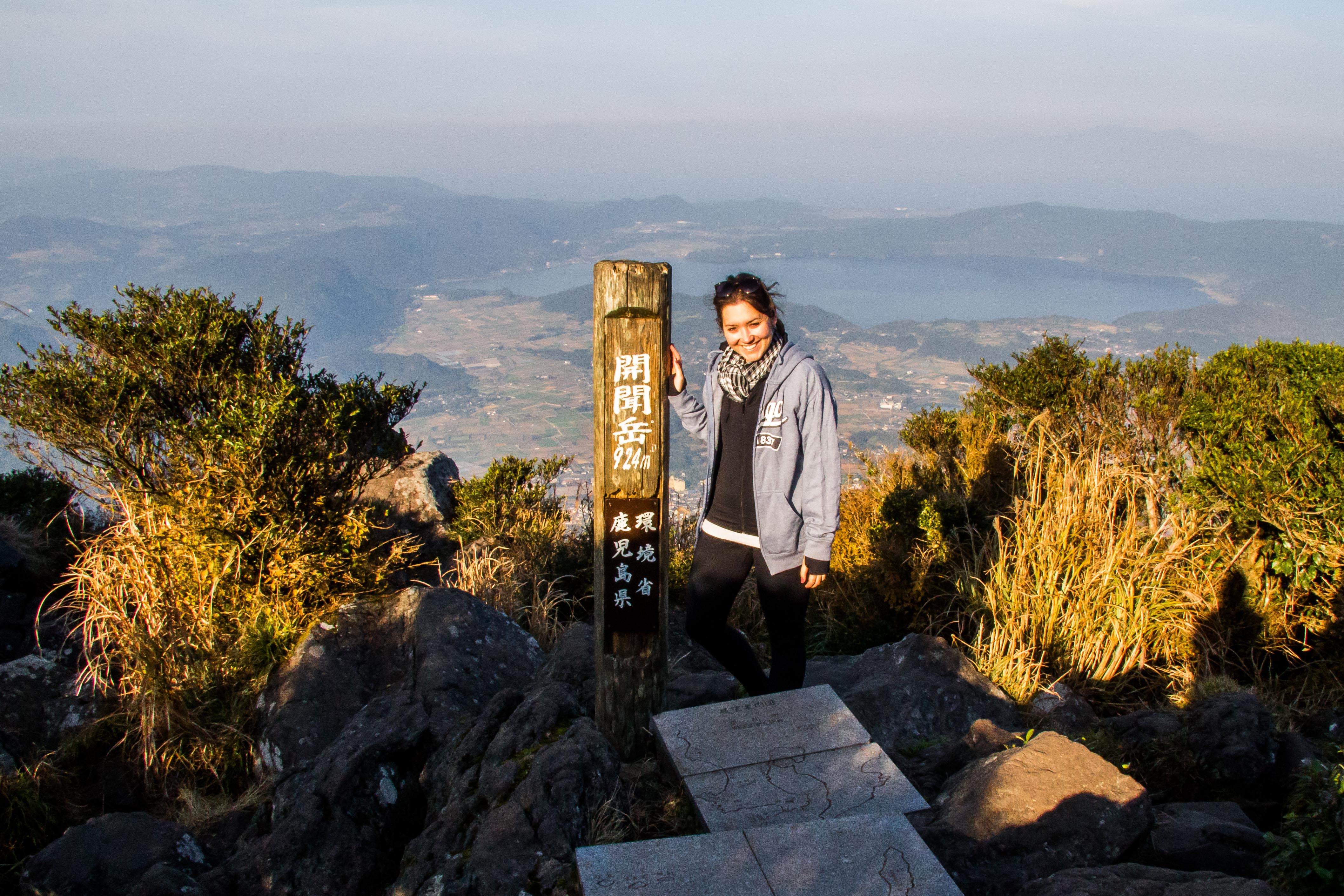 Your post is very interesting, and thank you for the helpful advice for what to do during the hike to Mount Kaimon and during then sand bath. I added a link to your site as I think my readers can benefit from your post too. It would be great if you can add my infographics about Mount Kaimon that links back to my post. I think this can help enhance the visual of your post. Hope to hear back from you soon.