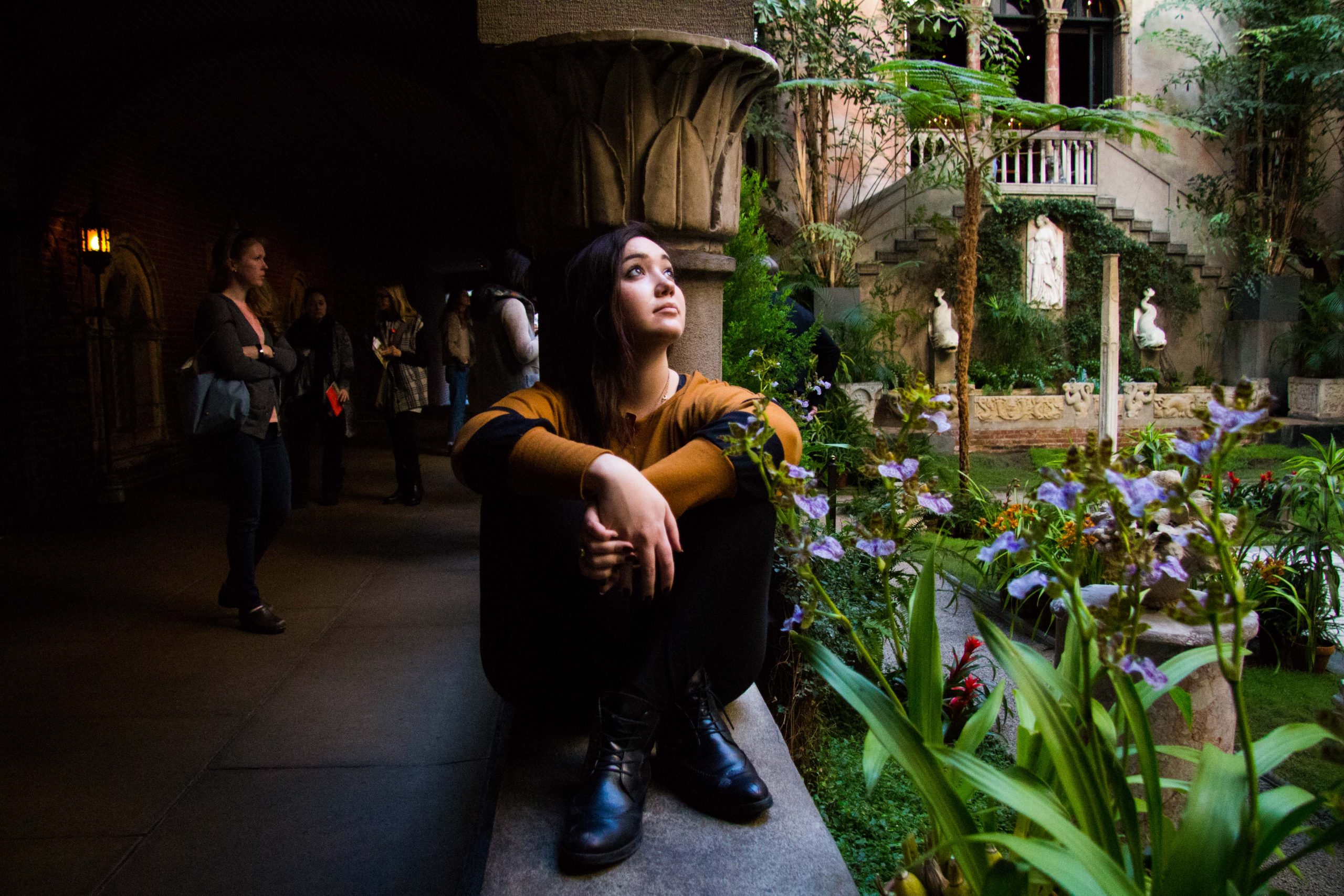 The glass-enclosed tunnel leading out from the New Wing of the Isabella Stewart Gardner Museum is a portal through time, transporting visitors to a 1903 Venetian-style palace. The 4-storey residence, located in the Fenway-Kenmore neighborhood of Boston, is home to one of America’s finest private art collections. It is also the site of the largest art heist in history, which remains unsolved to this day.

Isabella Stewart was a New Yorker from a well-to-do family who moved to Boston after marrying Jack Gardner. The couple settled into a house in Back Bay soon after and 3 years later, Isabella gave birth to a son. Tragically, they lost him to pneumonia just a few months shy of his second birthday, sending Isabella into a deep depression.

The family doctor suggested that Jack take Isabella on a trip to help ease her pain and suffering and the two travelled to Northern Europe and Russia. Isabella reveled in the travel and began to keep elaborate journals of their adventures, which also took them to Egypt, the Middle East and Asia. 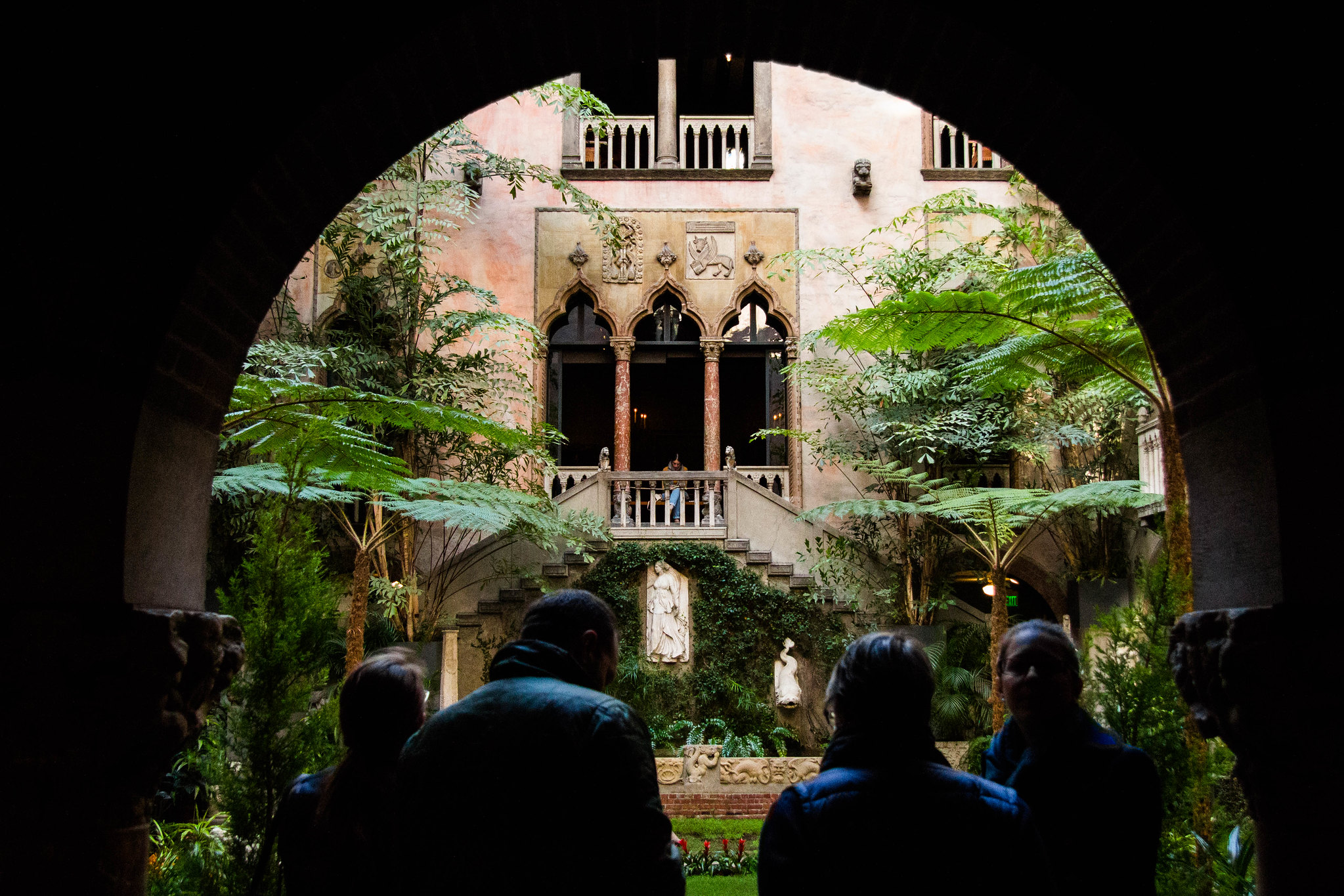 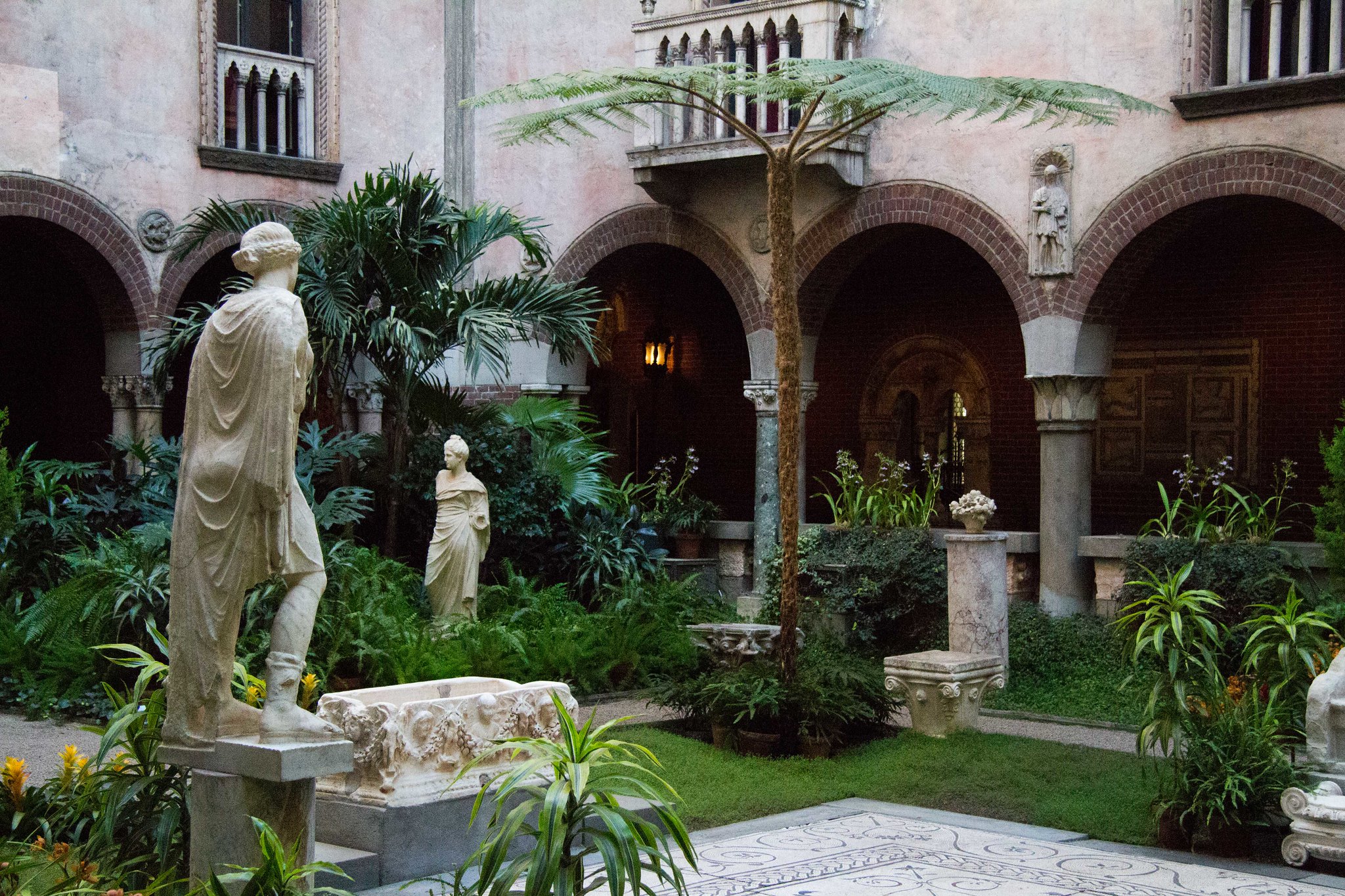 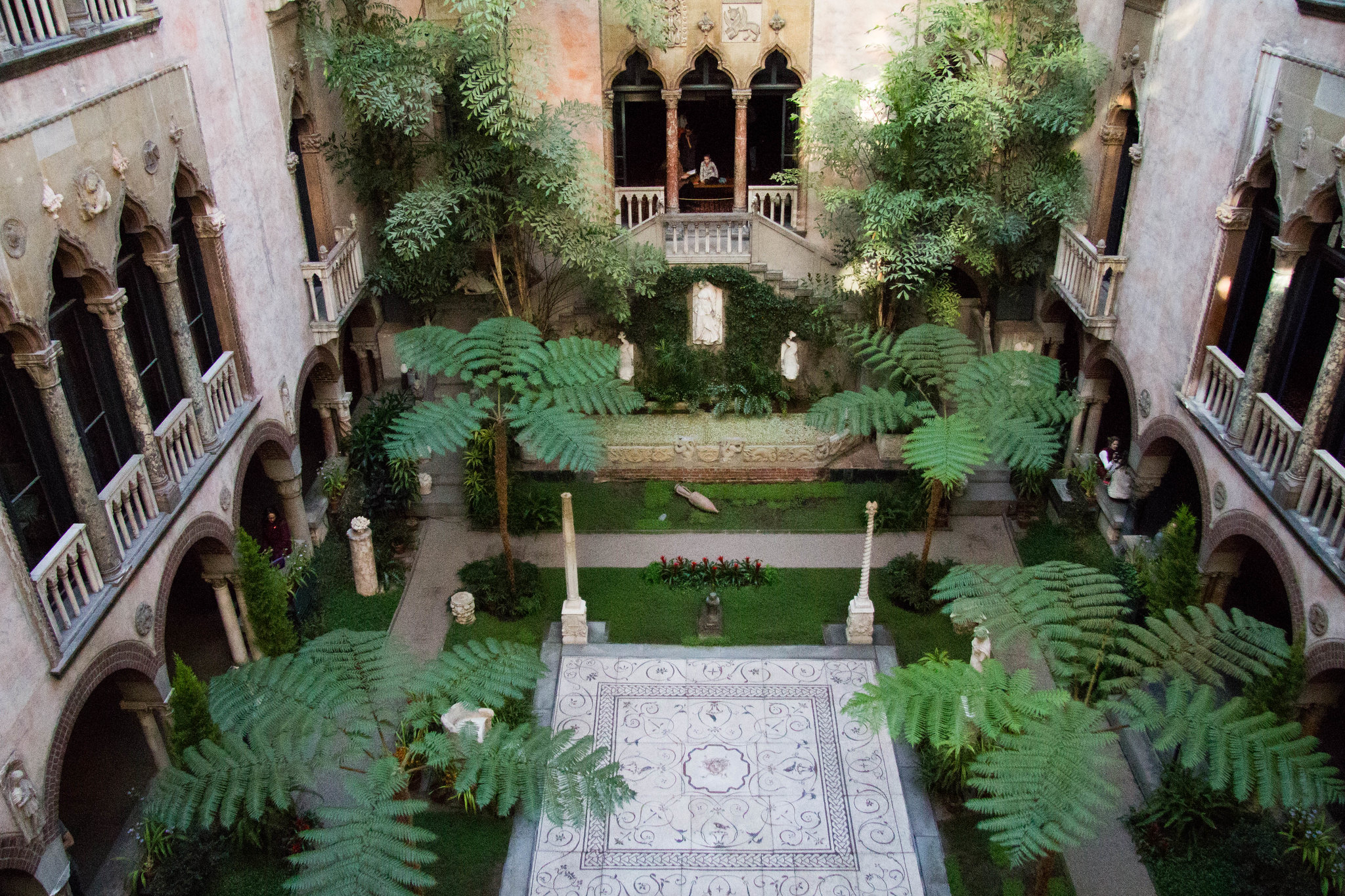 Back home in Boston, Isabella began to attend the readings of Charles Eliot Norton, Harvard University’s first art professor. He invited her to join the Dante society, after which she began collecting rare books and manuscripts. In 1886, she met fellow student Bernard Berenson, who became her chief art director.

When Isabella’s father died in 1891 leaving her with an inheritance valued at $1.75 million, Isabella and Jack decided to spend the money on an art collection and began shopping for pieces on their trips abroad. Isabella outbid representatives from the Louvre on Vermeer’s The Concert, earning her immediate recognition as a collector in the art world. When she acquired Rembrandt’s self-portrait in 1896, her and Jack decided to build a museum to house their growing collection.

Sadly, Jack died suddenly of a stroke just two years later. Isabella decided to continue with their plans and purchased a plot in the Fens area – which, at the time, had few other buildings. She hired Willard T. Sears to draw up the plans and construction began in 1899. After the building was completed in 1901, Isabella began installing her collection of paintings, sculptures and tapestries on the first three floors, while living in the private quarters on the 4th floor. 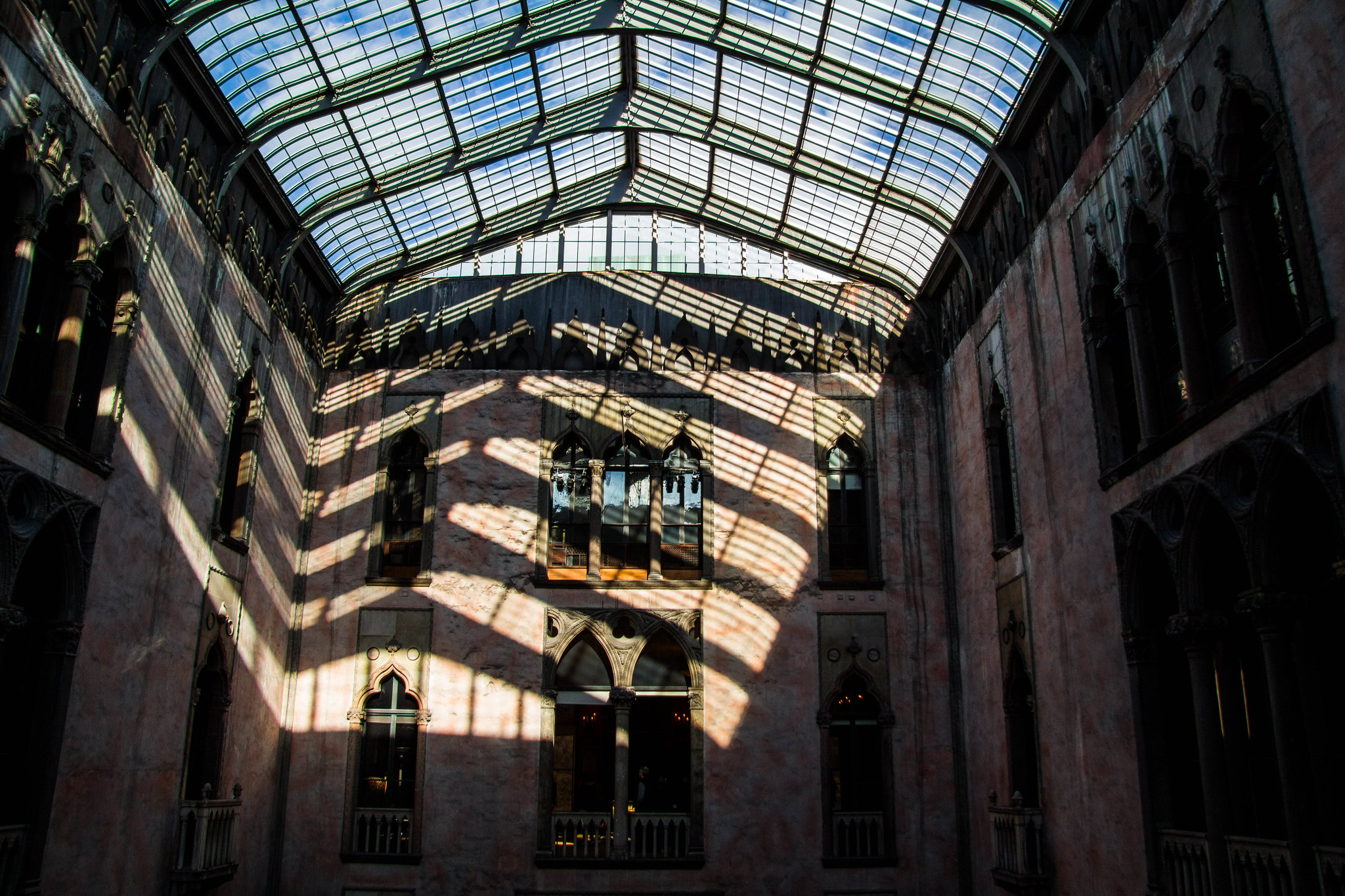 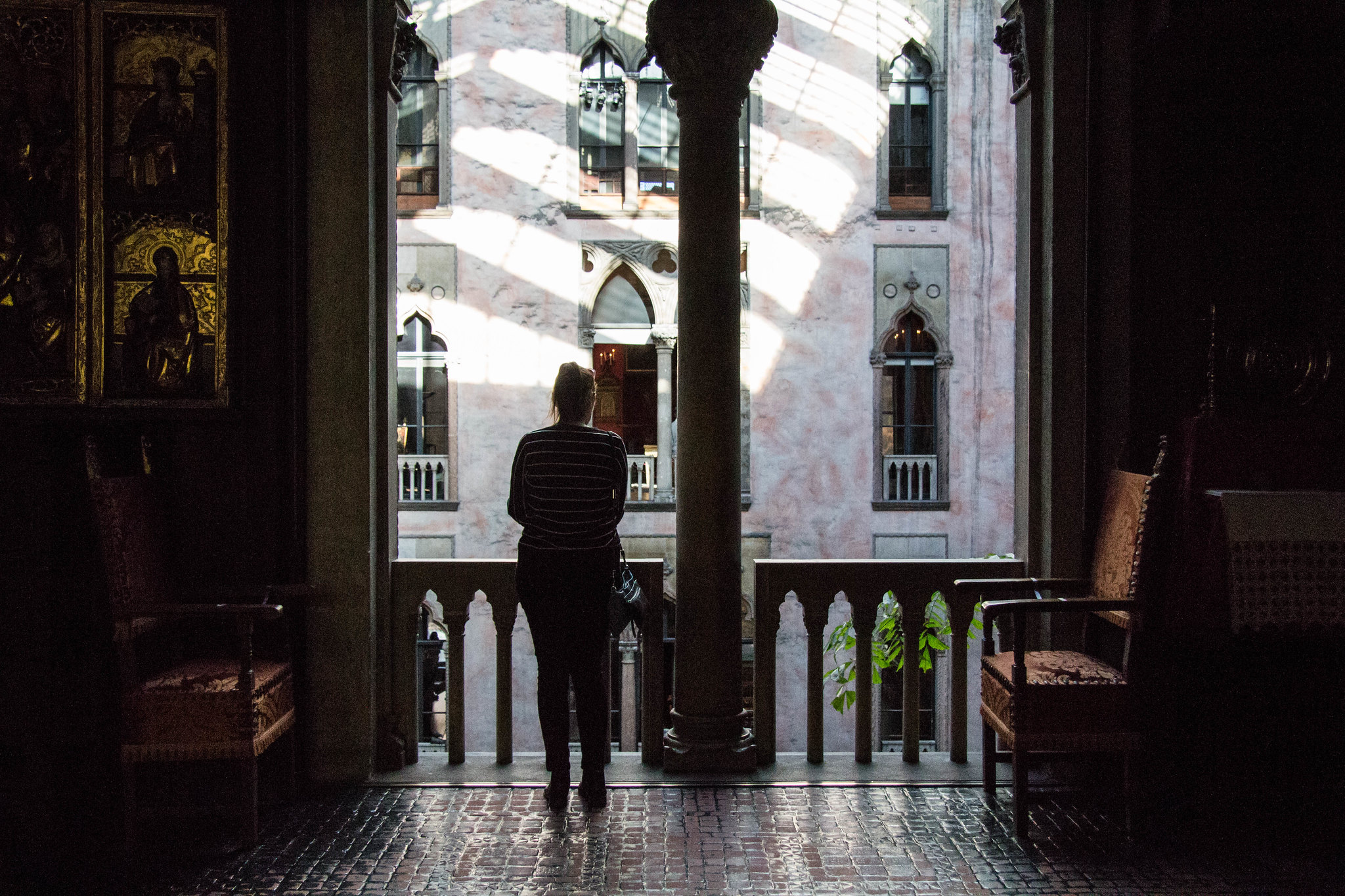 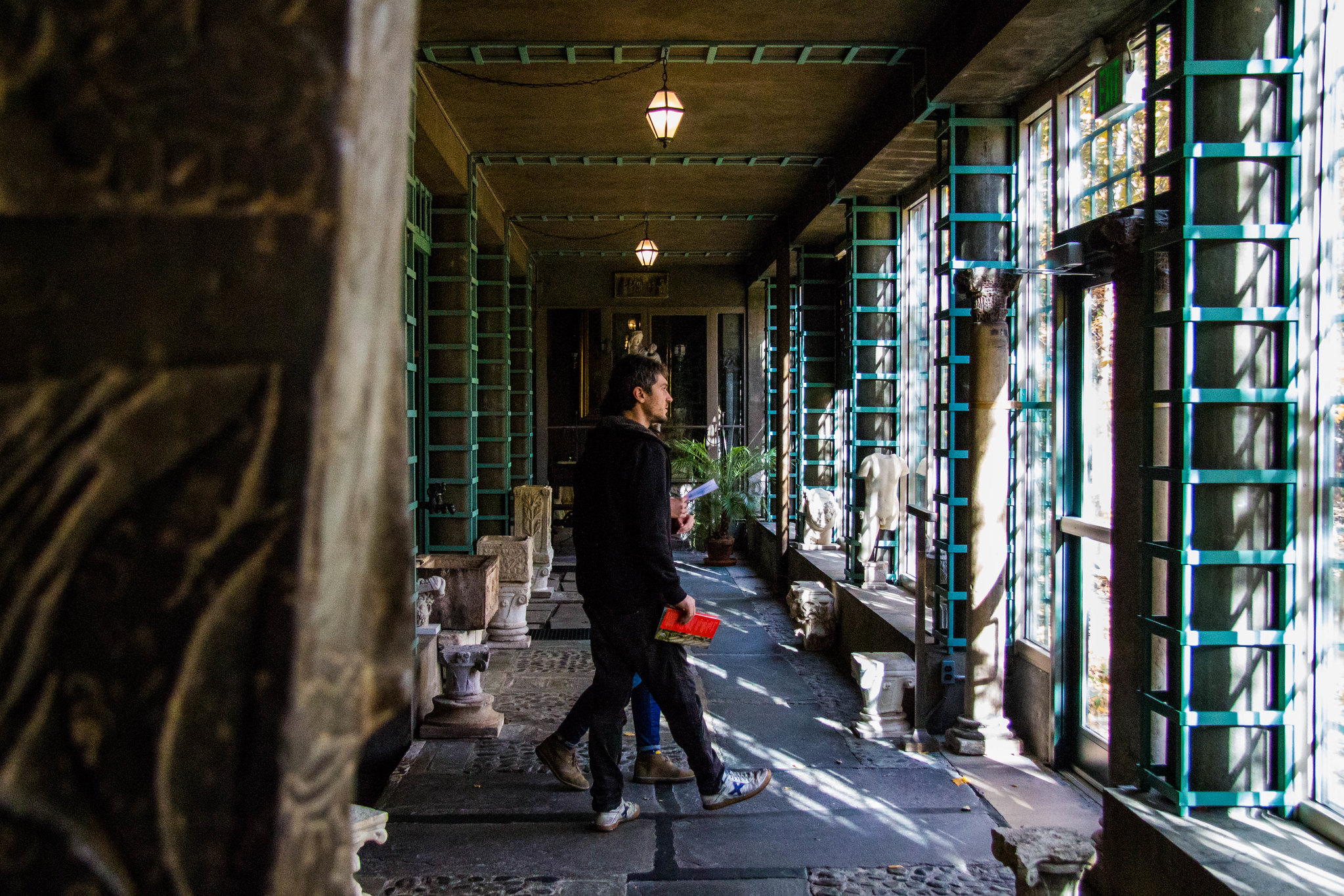 In 1903, Isabella threw a huge party to celebrate the opening of the museum to the public. The festivities included a performance by the Boston Symphony Orchestra and a dramatic unveiling of the interior courtyard garden. A breathing work of art, constructed of plants and flowers and decorated with stone sculptures depicting the female form, the courtyard continues to be the heart and soul of the palace.

Isabella continued to fill the museum with visual and performing artists for the next two decades, until she suffered a stroke in 1919. Even then, she received guests until her death in 1924. She left the museum to the public and provided an endowment to operate it, stipulating that none of the galleries should be changed and no items be acquired or sold.

In the early hours of March 18, 1990, Isabella’s vision was crushed. Two thieves, disguised as police officers, pushed the museum buzzer claiming to be responding to a disturbance and asked to be let in. The guard on duty broke protocol, leaving him and another security official handcuffed and tied up in the basement of the museum. The thieves spent 81 minutes inside the building and departed with 13 of Isabella’s works of arts. 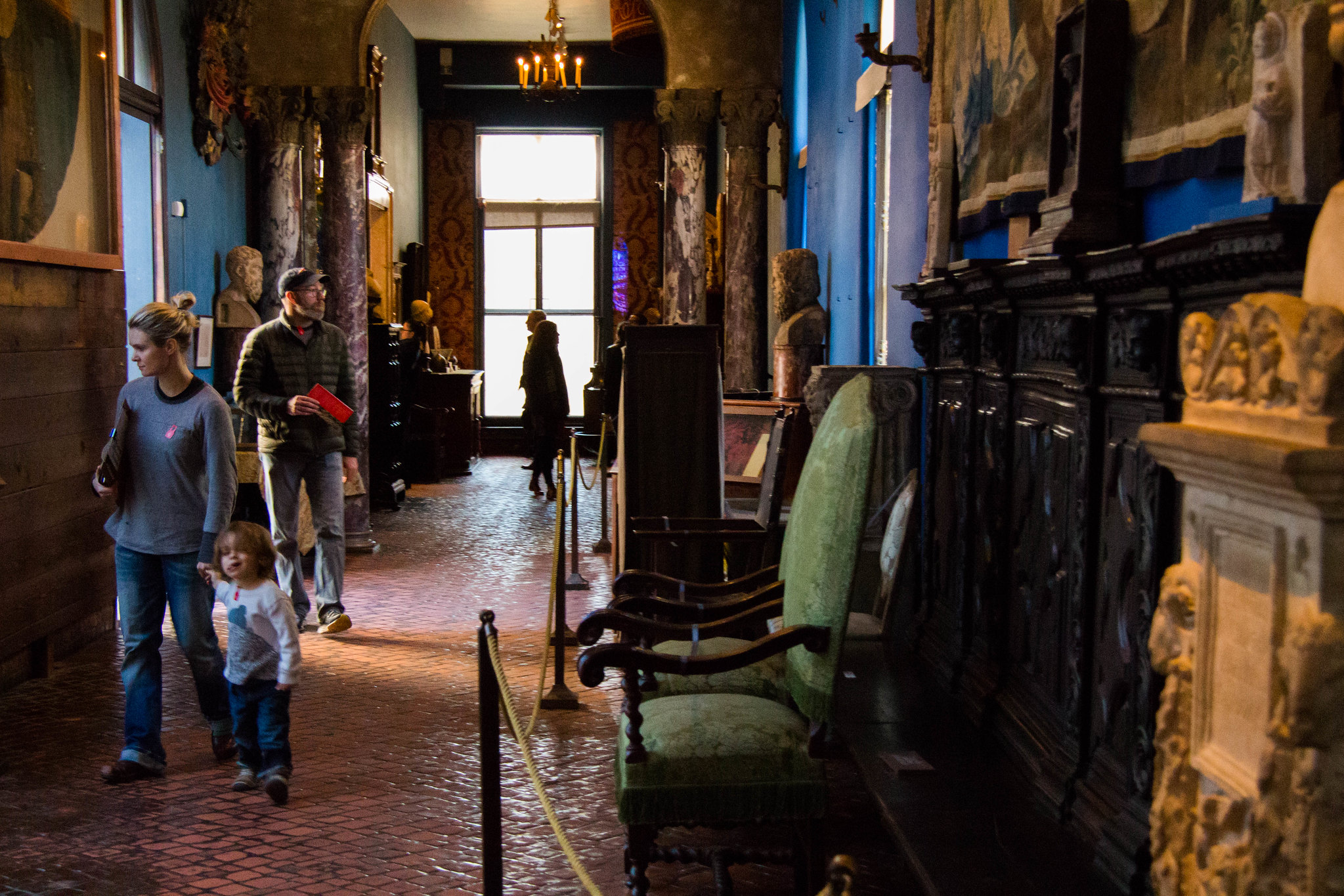 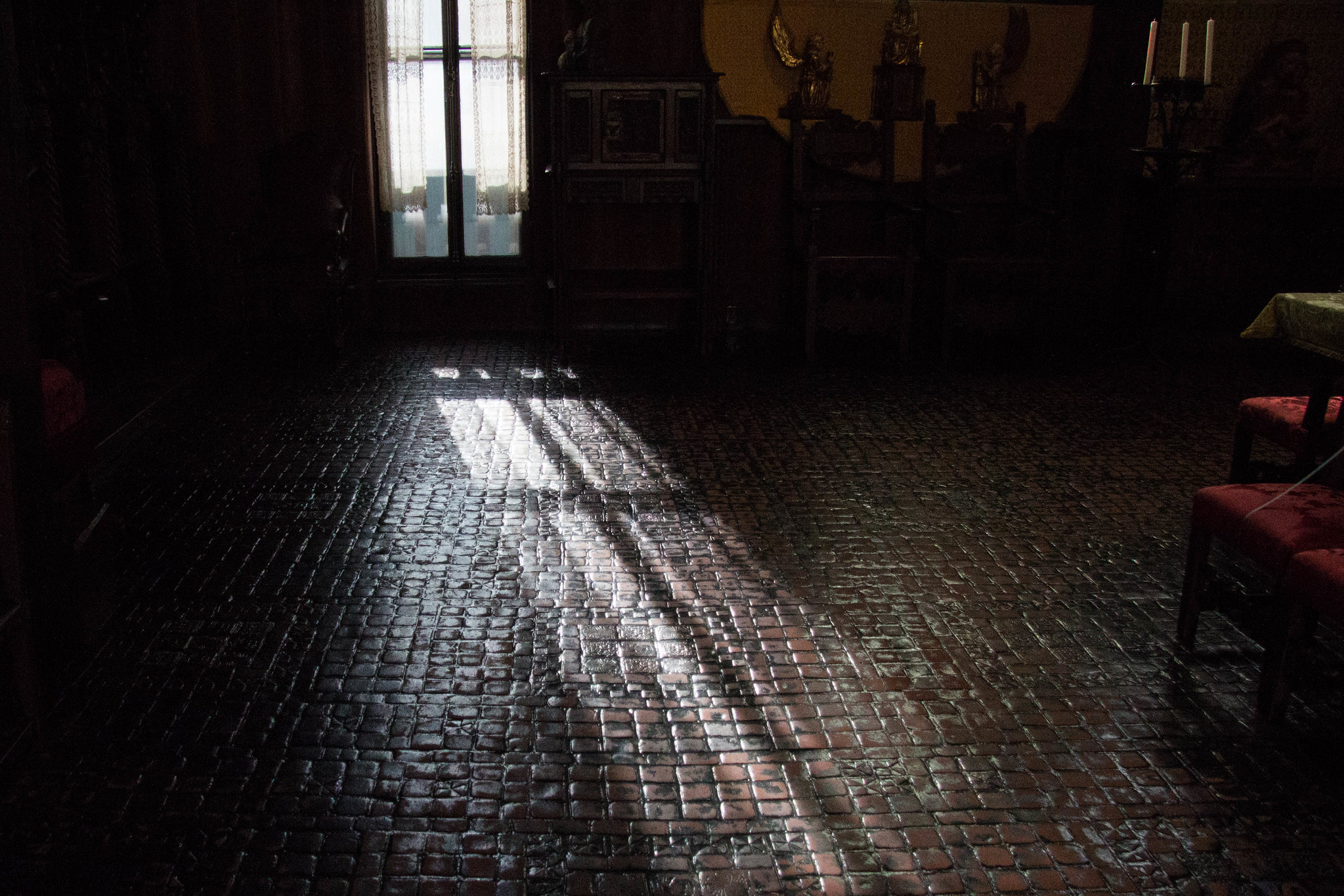 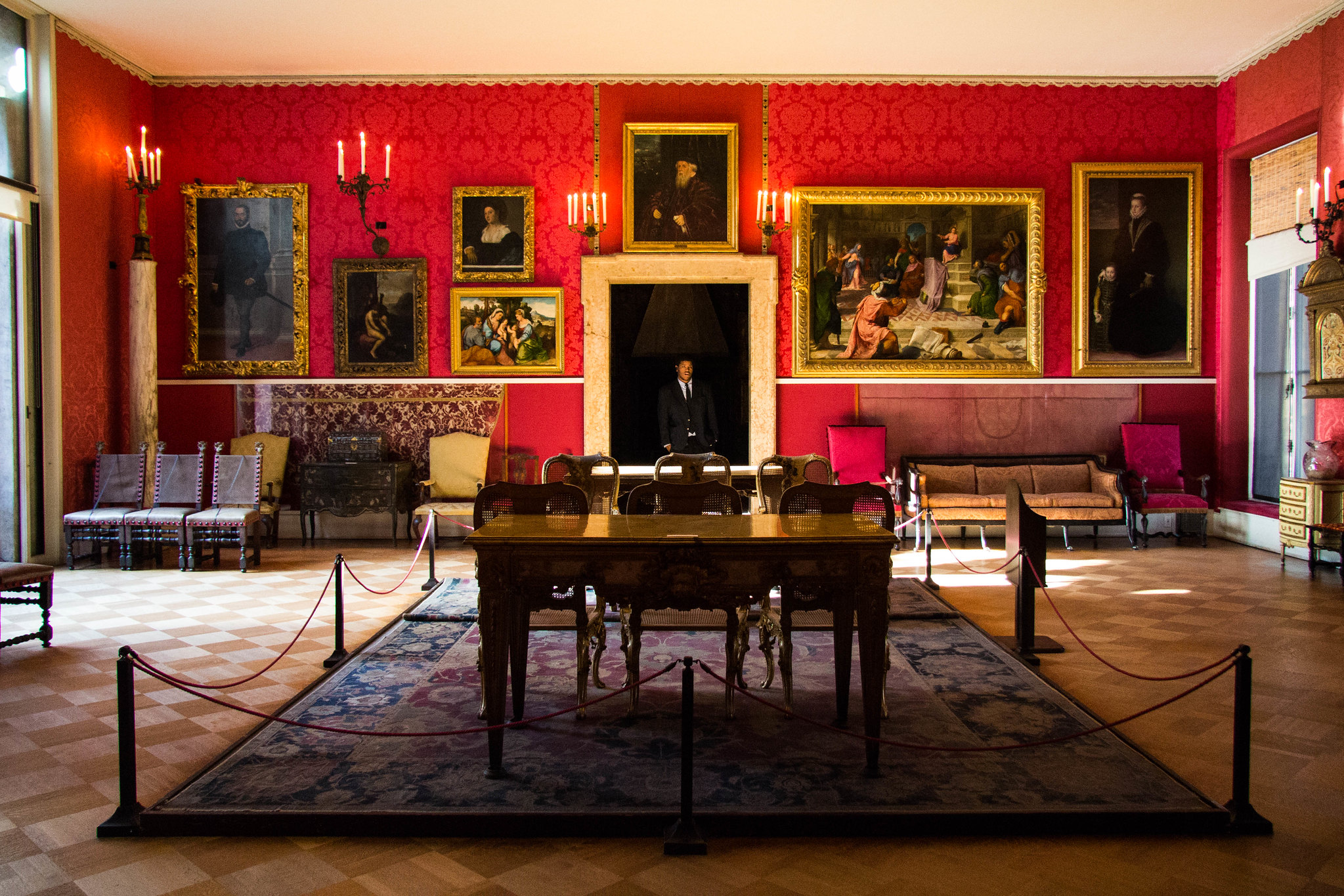 Amongst the works stolen were Rembrandt’s only known seascape, Christ in the Storm on the Sea of Galilee, and Vermeer’s The Concert. Collectively, they are worth more than $500 million.

The return of the stolen works remains a top priority for the museum, which continues to actively investigate the theft alongside the FBI and the US Attorney’s Office. There is currently a $10 million reward for information leading directly to the recovery of all 13 works of art in good condition, and a $100,000 award for the Napoleonic finial.

In the meantime, empty frames hang as a placeholder for the missing works in the museum, serving as a symbol of hope for their return. 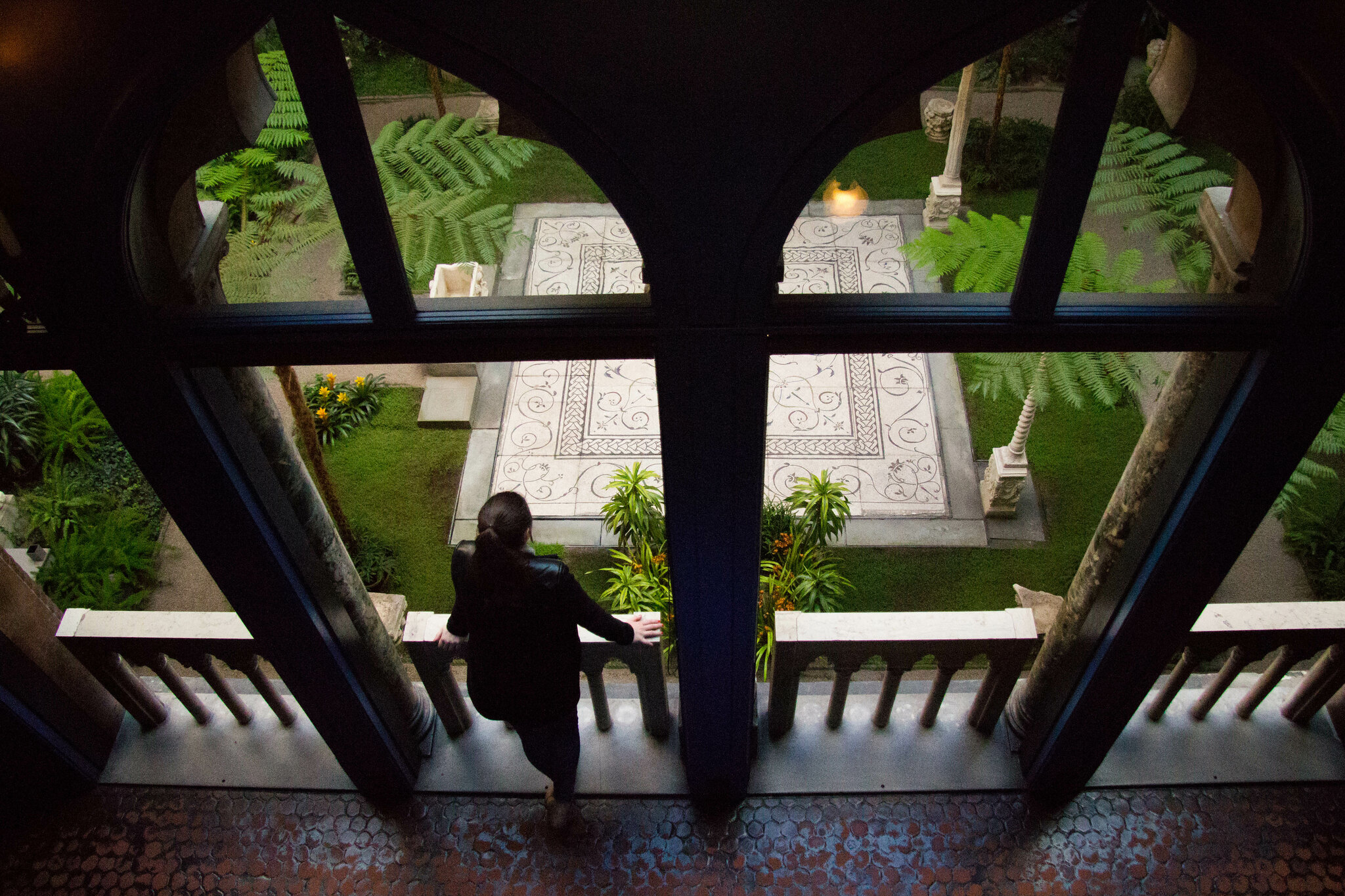 The museum is a 13-min walk from Ruggles Station (MBTA) and is open daily from 11:00 ~17:00, except Thursdays (11:00~21:00), and Tuesdays and holidays (closed). Ticket sales end 30 min prior to closing; admission is $15 per adult. Other attractions nearby include the Boston Museum of Fine Arts (7-min walk away) and the Northeastern University Visitor Center (10-min walk away). For more information on exhibits and events at the museum, click here.