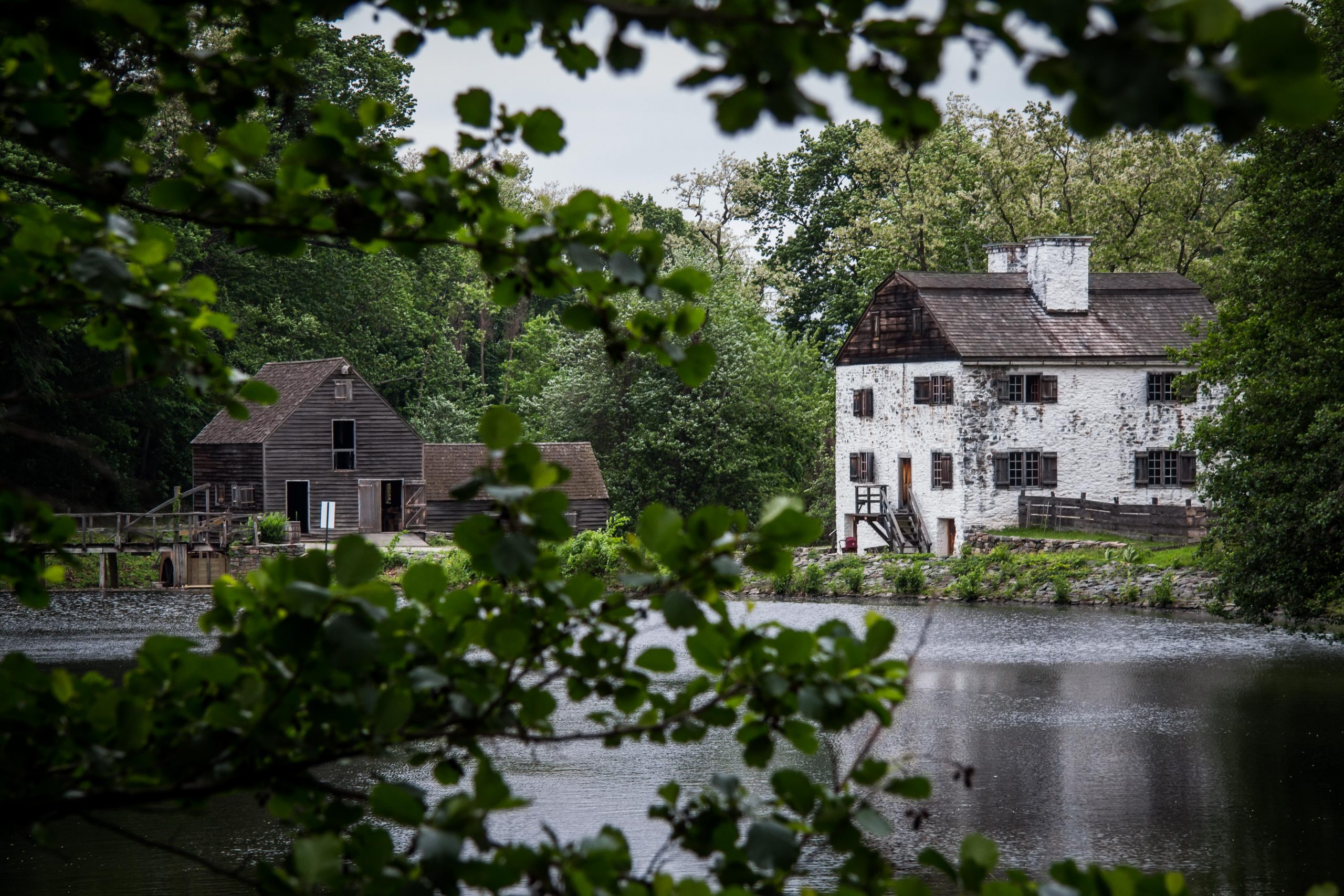 “If ever I should wish for a retreat whither I might steal from the world and its distractions, and dream quietly away the remnant of a troubled life,” Washington Irving once wrote, “I know of none more promising than this little valley.” The little valley he was referring to was, of course, Sleepy Hollow. Its eponymous village, home to about 10,000 people, upwards of 45,000 interments and one very famous ghost, is considered one of the most haunted places in the world.

It also happens to be just a 15-min drive from where one of my colleague-turned-friends grew up. Elizabeth and I met when I was still living and working in Connecticut. It was a good first home after moving to the US from Japan, but after 6 months, the city began to call my name.  So in February, I packed my bags (again) and moved to New York.

I came here precisely because it scared me; making it in such a huge, hurried, success-hungry city after enjoying the peace and quiet of small towns for the past 8 years is certainly something to get used to. On good days, it’s an exhilarating, inspiring and wildly entertaining place to be. On bad days, it’s filthy, overstimulating and ridiculously loud. So when Elizabeth invited me to come up for Memorial Day Weekend and just *be* in a place that Irving describes as “one of the quietest…in the whole world,” my answer was a resounding yes.

Living in Tarrytown, a village just two miles from Sleepy Hollow, Irving stumbled upon the valley in neighboring Sleepy Hollow when he was out squirrel hunting. The area inspired his most famous work,The Legend of Sleepy Hollow. In the short story horror, the village of Sleepy Hollow is said to be haunted by the spirit of a Hessian trooper whose head was blown off by a cannonball during the Revolutionary War. The ghost is often seen riding by the church where he was buried, in search of his head.

This is told to Ichabod Crane, the protagonist of the story, by the housewives of the village. Originally from Connecticut, the lean and lanky Ichabod moves to Sleepy Hollow to become schoolmaster of the village and boards in rotation with his students’ parents.

Ichabod has an insatiable appetite for both food and the finer things in life. After visiting the farm of the wealthy Baltus Van Tassel, he sets out to the win the hand of his daughter, Katrina. At a party the Van Tassels invite him to, however, she ultimately disappoints him and he leaves, crestfallen.

On the ride home, a large, headless figure on a dark horse with a head in its saddle begins to chase Ichabod. When they come to the bridge where the ghost is said to disappear and not follow, it instead hurls its head at the schoolmaster, knocking him to the ground.

The next morning, Ichabod’s horse returns to the farm alone. A search party discovers hoof prints and his hat next to a smashed pumpkin, but Ichabod is never heard from in Sleepy Hollow again.

Local villagers who are buried at the Old Dutch Burying Ground, which surrounds the church, are said to have inspired some of Irving’s characters, including Katrina and the horseman himself. Adjacent to the churchyard is the 90-acre Sleepy Hollow Cemetery.

Originally incorporated as Tarrytown Cemetery in 1849, the site posthumously honored Irving’s request to change its name. It’s his final resting place, along with other noteworthy figures, such as Elizabeth Arden, Brooke Astor, Walter Chrysler and Andrew Carnegie. Portions of the music video for The Ramones’ song, Pet Sematary, which appeared on the soundtrack to the 1989 screen adaptation of Stephen King’s novel, were also filmed here.

After exploring the enormous grounds, we headed to the nearby Phillipsburg Manor. Named after the Dutch carpenter Frederick Philipse, who once controlled 52,000 acres of Westchester County, the farming, milling and trading center has been restored to its 1750 appearance. Which is how we came to be shooed away by a man clad in breeches – having mistakenly entered from the side gate and unknowingly missed last entry, we’d gotten a good survey of the property before being told, very politely, to bugger off.

The official entrance is through the Sleepy Hollow Visitors Center, which is also the only place you can tour Kykuit, the Rockefeller Estate – buses carry visitors from here up to the 249-acre property, which is still used by the family today. Since we missed the last entry for that too, we decided to book tickets for the following morning.

It had been overcast and drizzling for most of our day in Sleepy Hollow and I wondered to myself, as we made our way back to Pleasantville, whether the “drowsy, dreamy influence” that does, indeed, seem to hang over the place, is present even on a clear day.

Sleepy Hollow can be enjoyed with or without a car – the village is serviced by the Philipse Manor stop on the MTA Hudson Line (56 min) and all the sites mentioned in this post are within walking distance (15-20 min). Tarrytown is serviced by the same line and is a short taxi/Uber ride away (5 min).

For opening hours and ticket prices of the different historic sites, click here.

Welcome back
I feared the Big Apple had extinguished some of the flames and passion.

Simonereply
– In reply to: Gogo Buzz

Quite the opposite actually…double the drive, just half the time. I took a few months off for some RRR, but I am back – hopefully with a bang 🙂

Wow! I remember I watched the movie as a kid but I never knew it was an actual place! I bet it’s pretty eerie and spooky. Totally want to go there now.

Simonereply
– In reply to: Aaron

You’d really like it! It’s definitely worth the trip 🙂