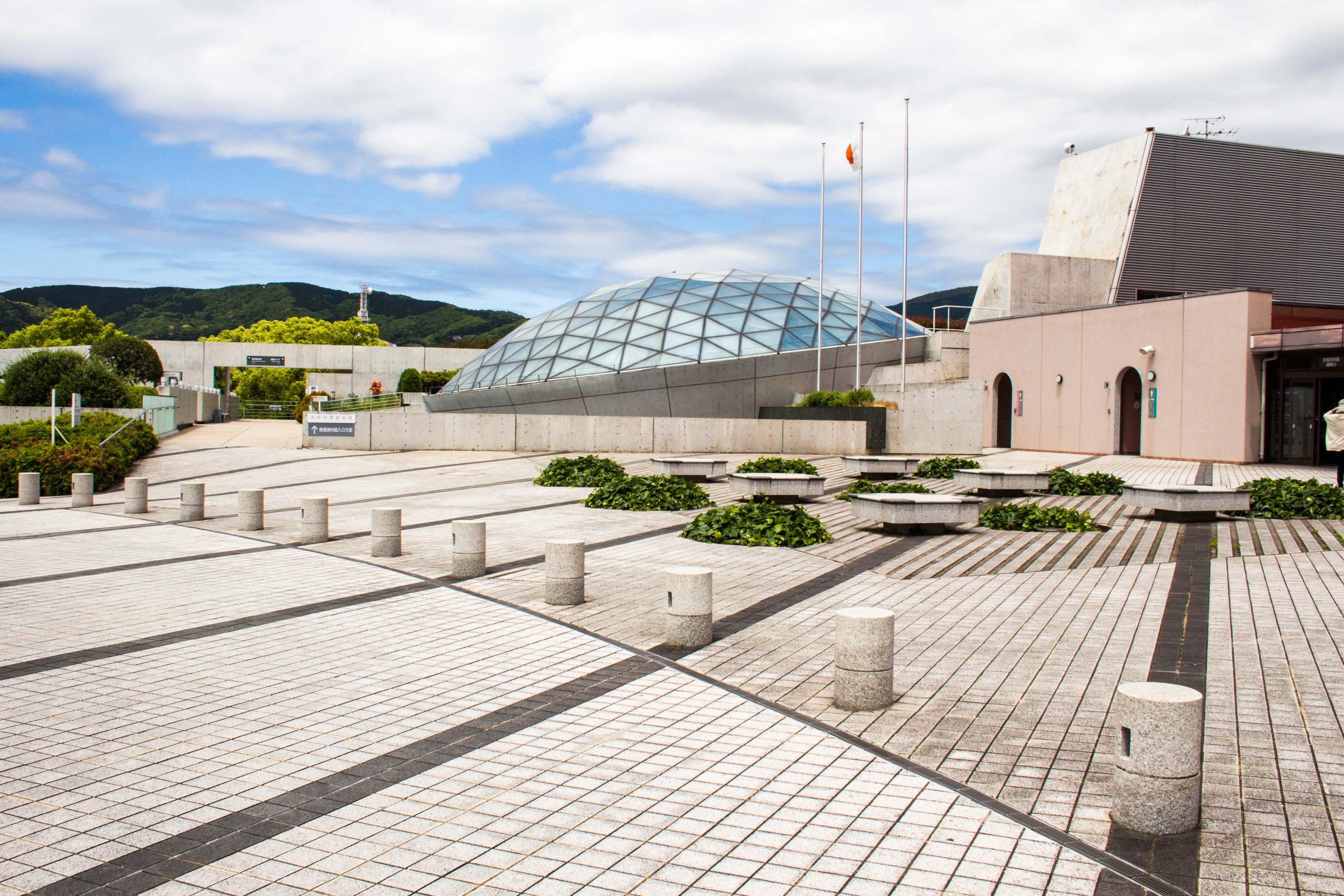 Of all the things we had planned to do in Nagasaki, I was most curious to see the Peace Park. Established in 1955 to commemorate the atomic bombing on August 9, 1945, it is built on a hill directly north of the hypocenter. The top of the slope offers a commanding view of the city below; looking down at the many trees and rolling hills, it’s hard to imagine this place was every anything but gorgeous and green.

Having already visited the peace park in Hiroshima, where the first bomb was dropped on August 6, 1945, I wondered how Nagasaki’s would fare without its own A-Bomb Dome, which has come to be such an iconic symbol of peace.

Not knowing the exact layout of the park, we followed the route Google Maps had given us and ended up outside the entrance to the Atomic Bomb Museum. The museum was opened in 1996 to mar the 50th anniversary of the atomic blast. I had skipped the museum on my visit to Hiroshima because the line to get in was impossibly long, so I was eager to see inside here. 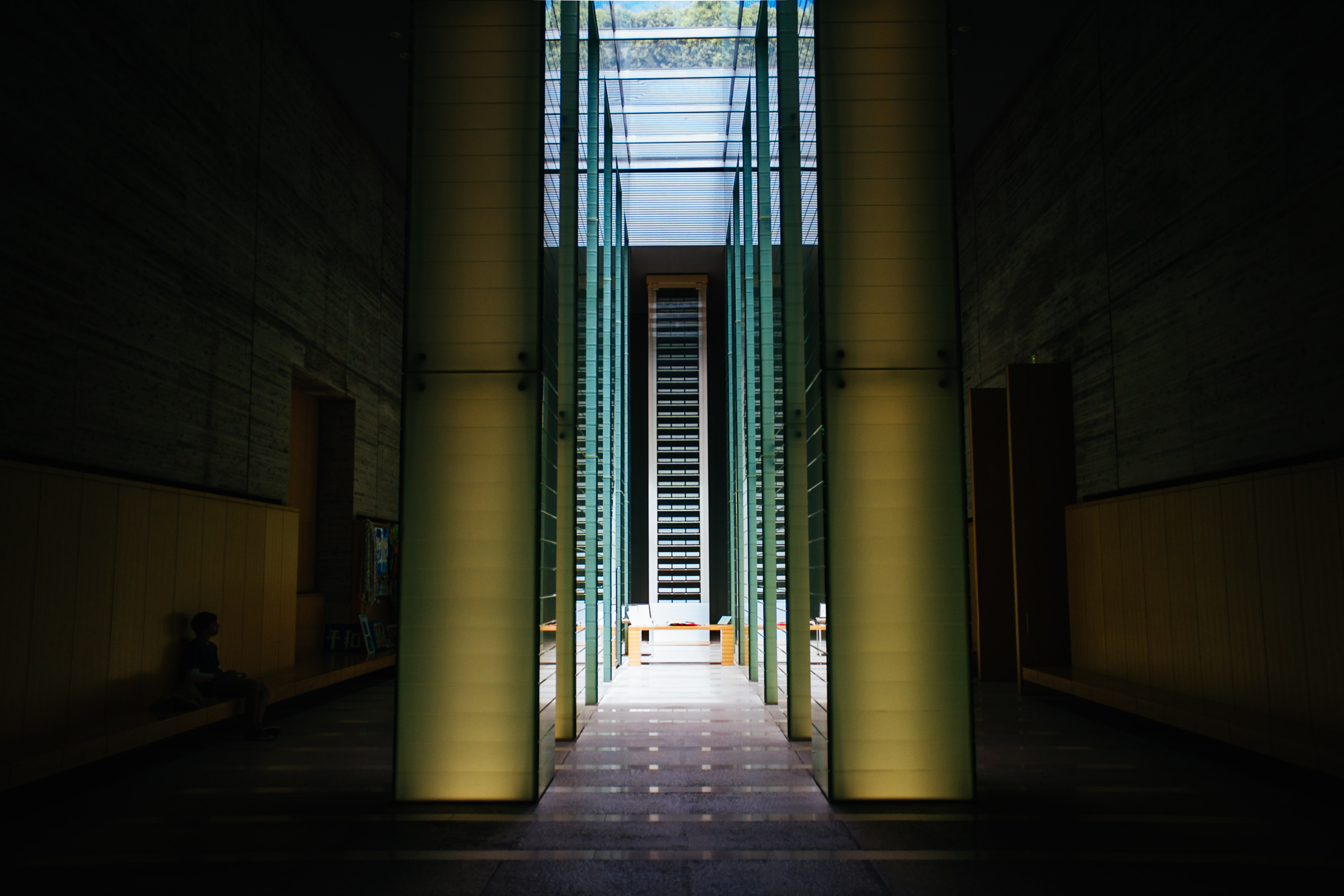 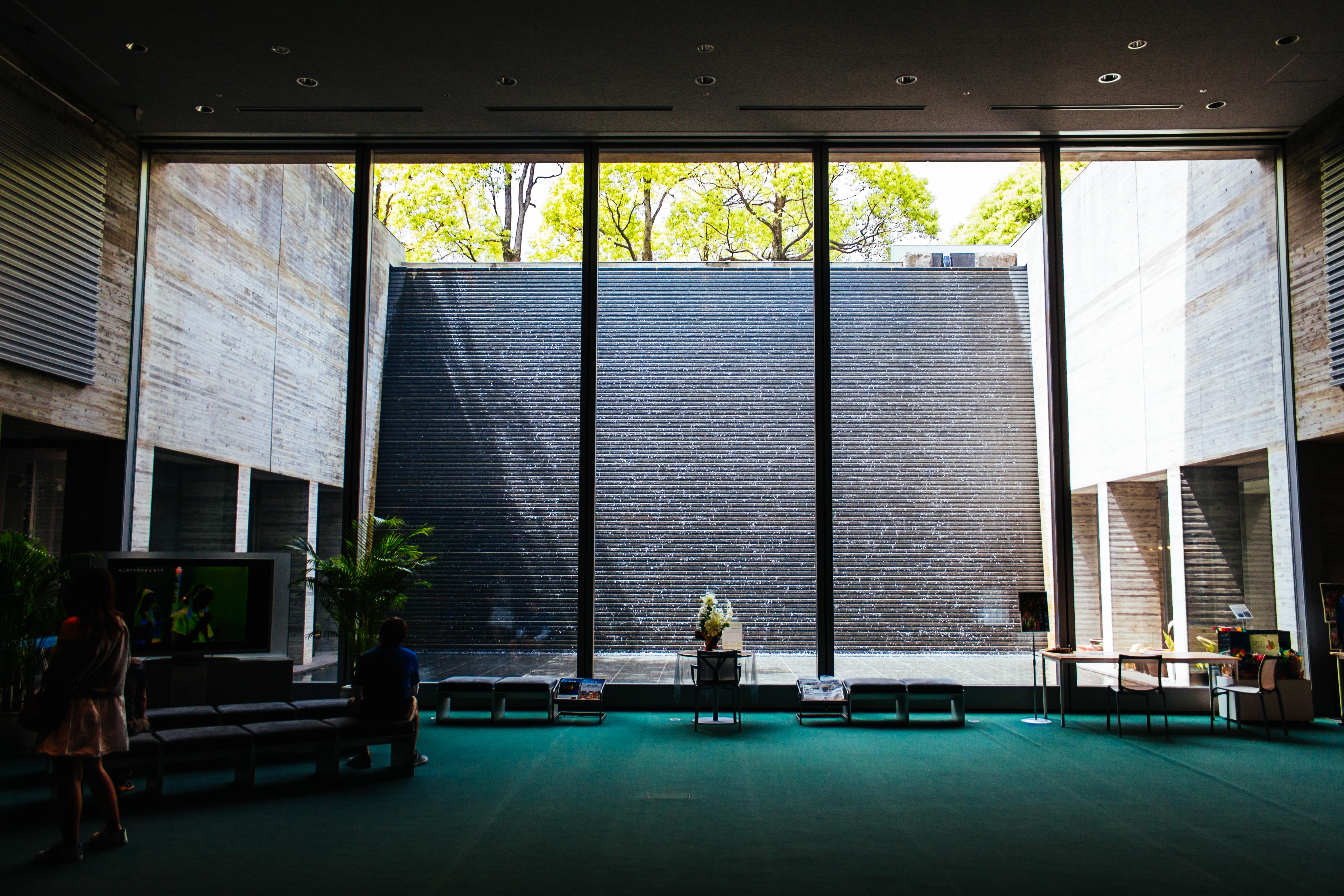 The first exhibition hall contains the remains of large objects that were exposed to the atomic bomb, like a water tank from a local school and the staircase of the nearby Mitsubishi Steel Works office. Aerial photographs of the city after the bomb was dropped are displayed on screens throughout the room.

There is also a replica of the side wall of Urakami Cathedral, with original artifacts found near the site, including the head of an angel statue and a rosary still, for the most part, intact.

The next room contains a life-size replica of “Fat Man” and a diorama that uses projection mapping to show how the fireballs, heat rays and radiation spread through the landscape of Nagasaki. There are also various objects on display, such as roof tiles and lunch boxes that show the extensive damage caused by the blast. 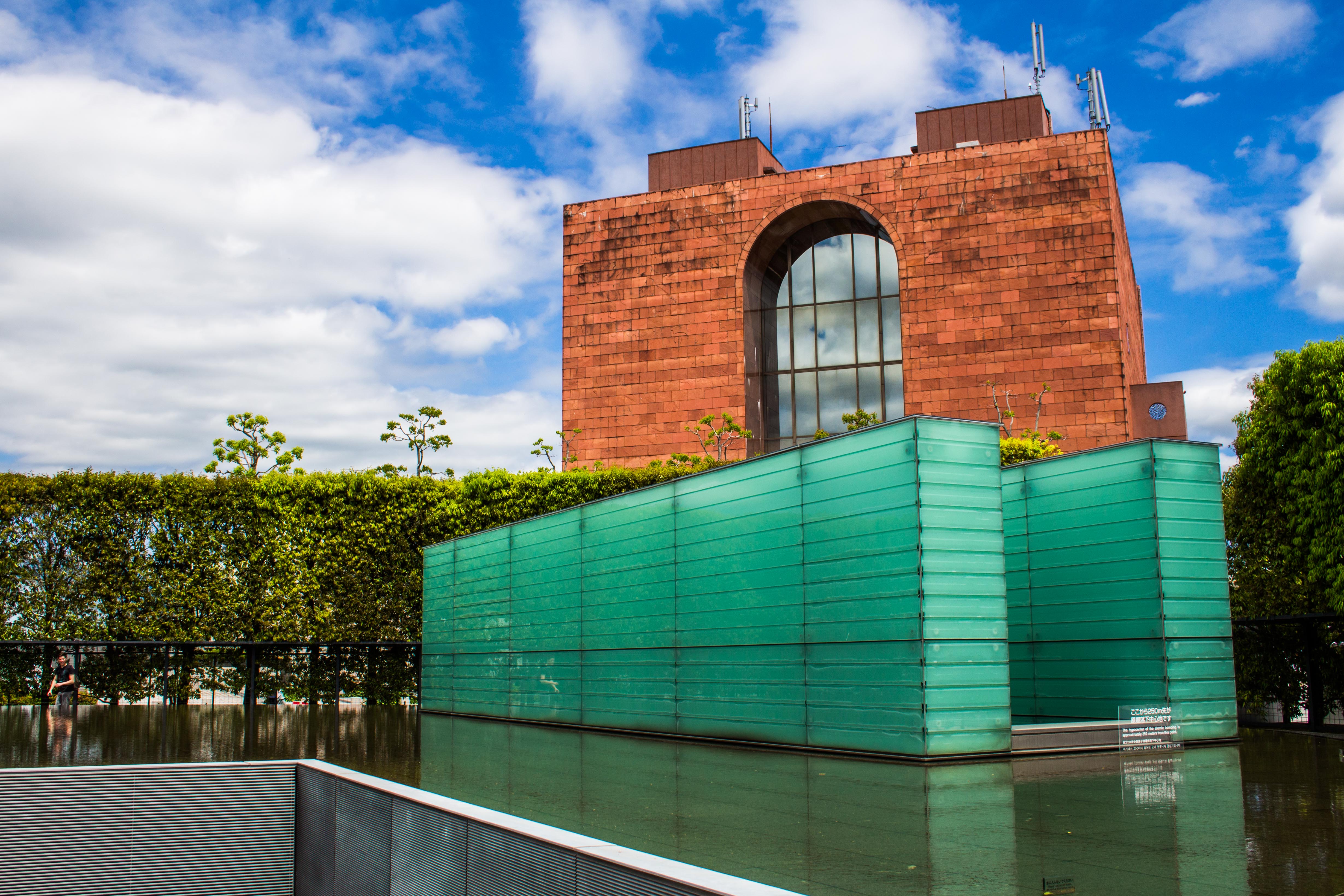 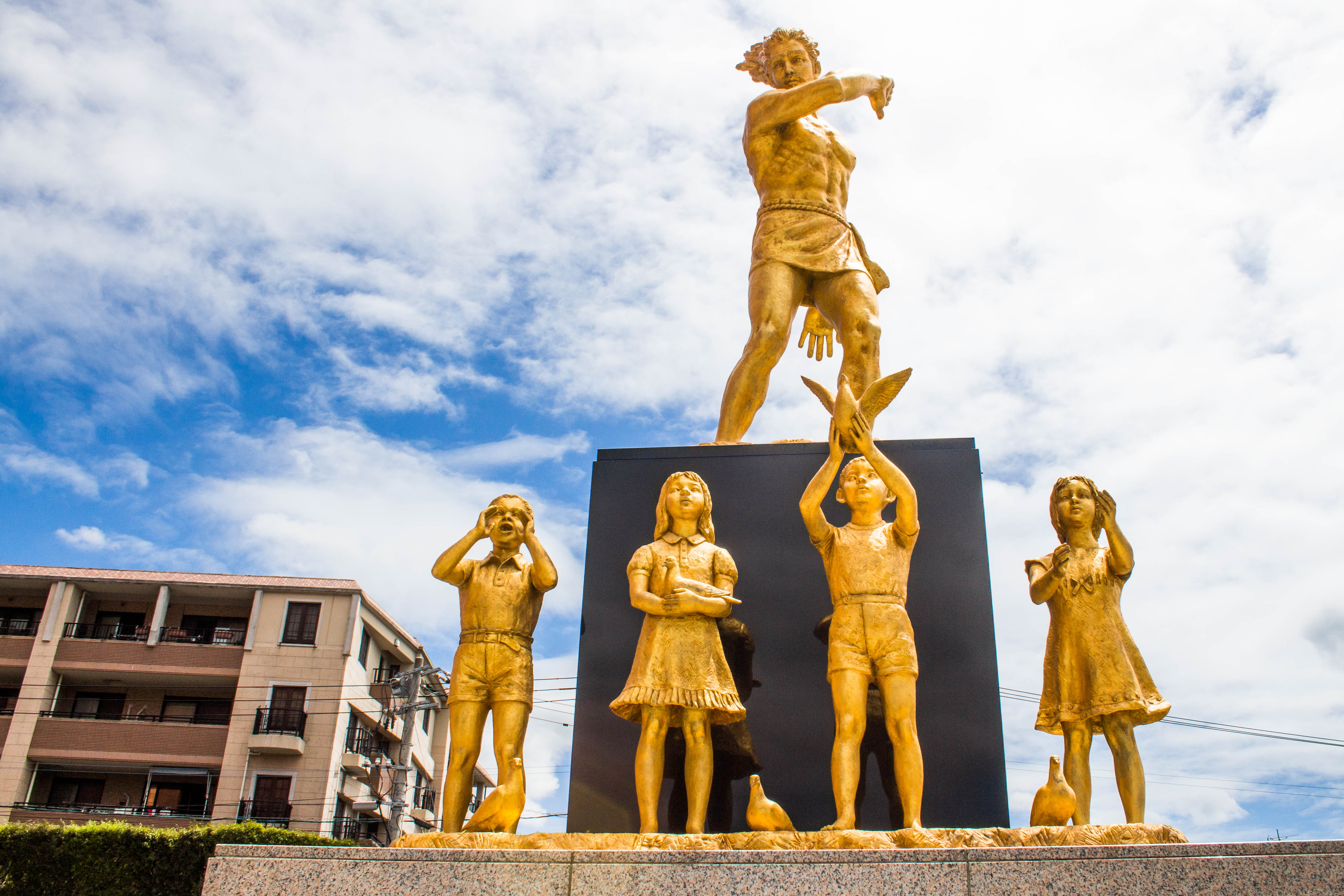 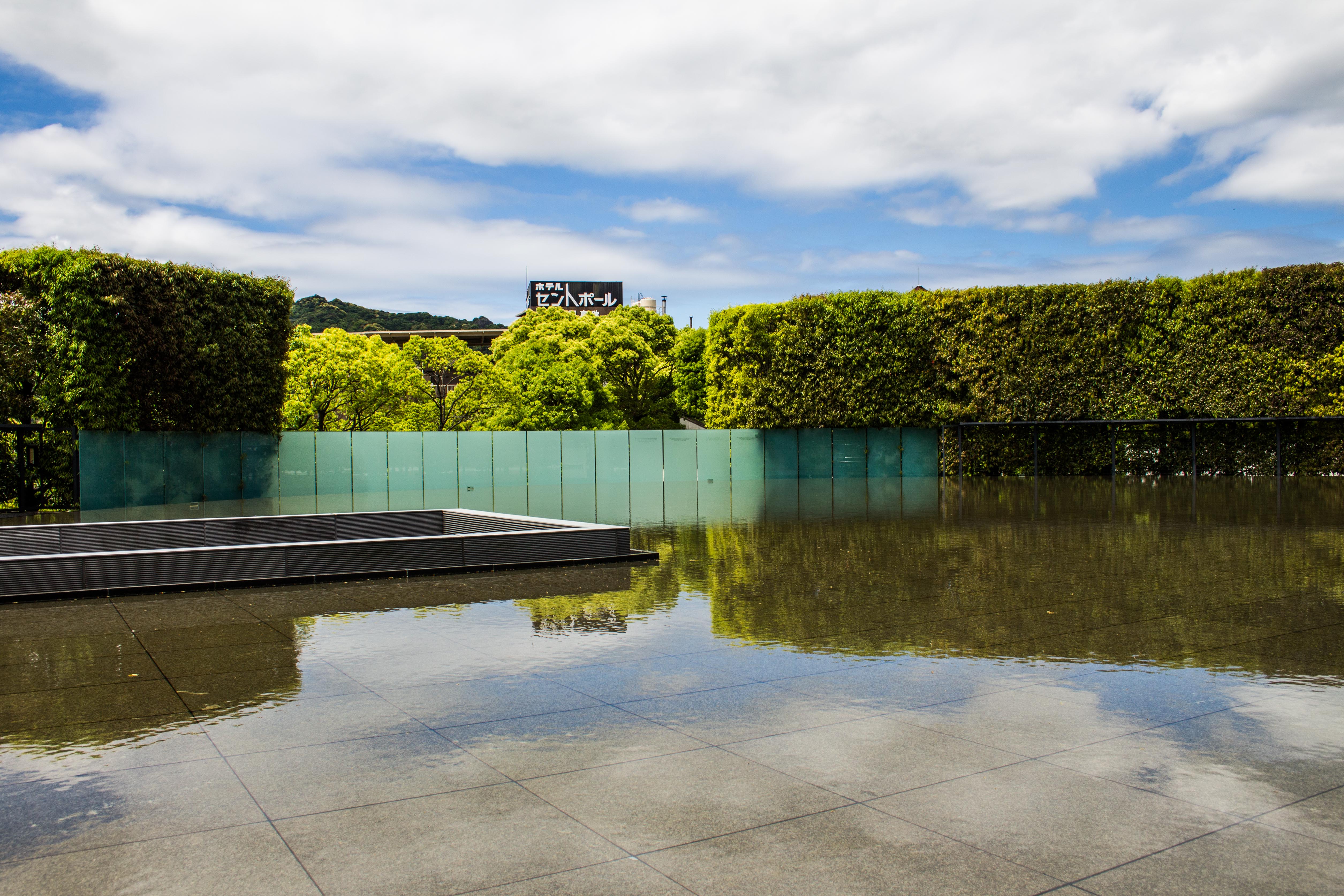 The exhibition then turns to the relief and rescue efforts of the many doctors, nurses and individuals that came to the victims’ aid. There is a piece on a rescue train that advanced through fire to carry casualties to hospital and one on Dr. Takashi Nagai, who despite his own severe injuries, fought to help other sufferers, and  then for the city of Nagasaki to be restored.

There are video testimonials from survivors of the bomb, and an exhibition on modern nuclear weapons and the effects of nuclear testing. There is also an interview with Australian POW Alan Chick who explains why he supported the atomic bombing.

The museum presents a lot of its information in this non-biased, matter-of-fact way despite a layout that demands contemplation and reflection. All in all, I found it to be an incredibly interesting and education experience. 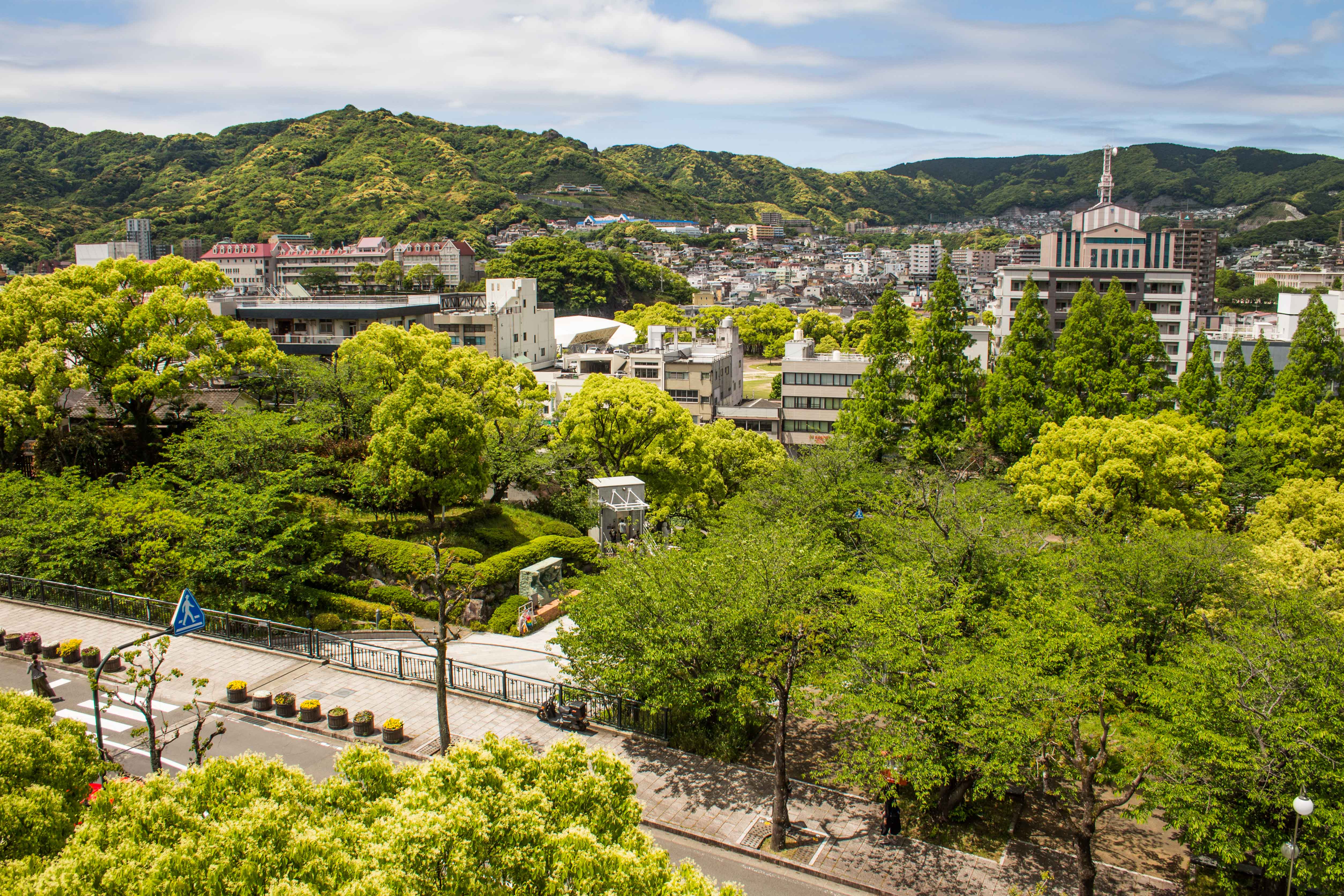 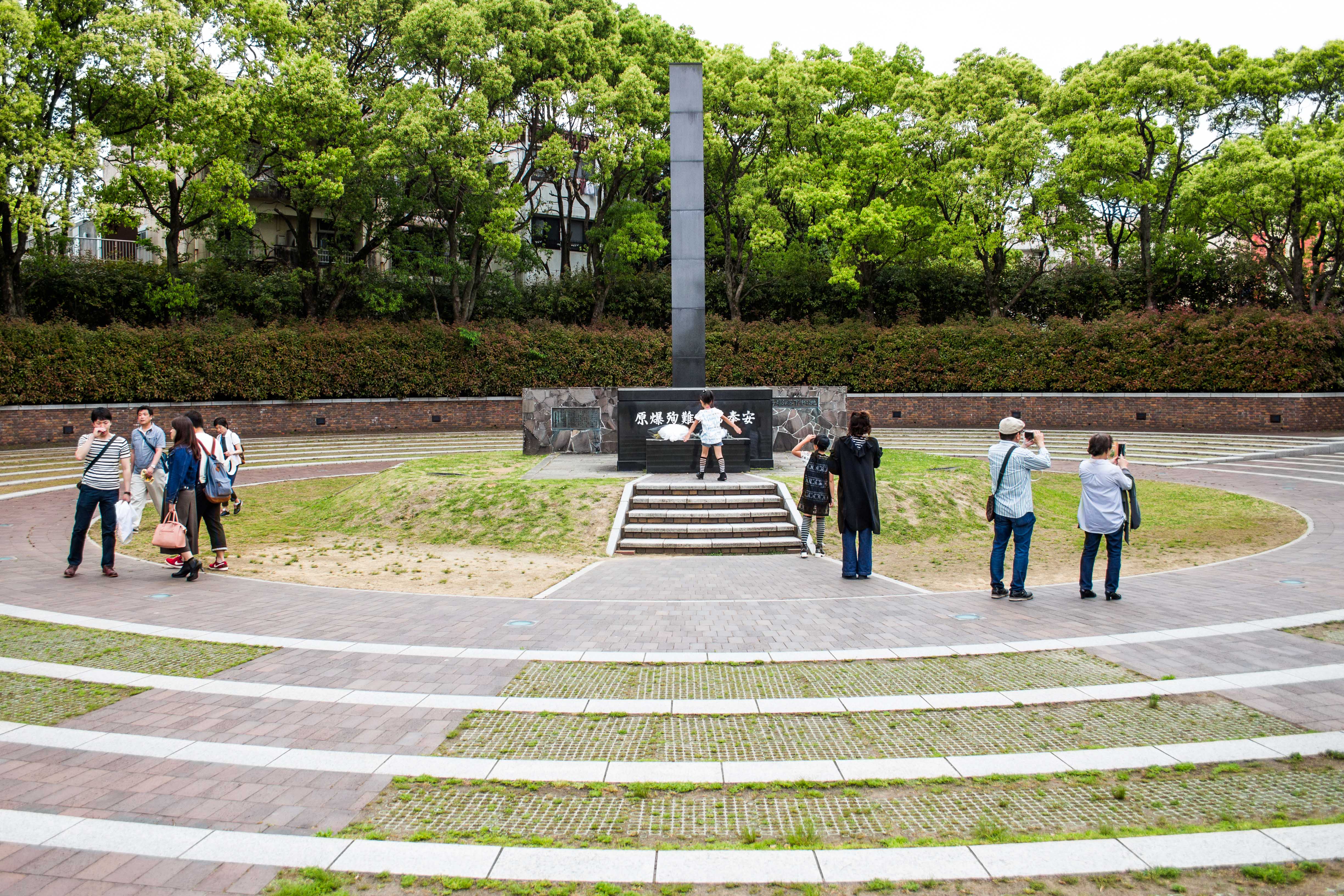 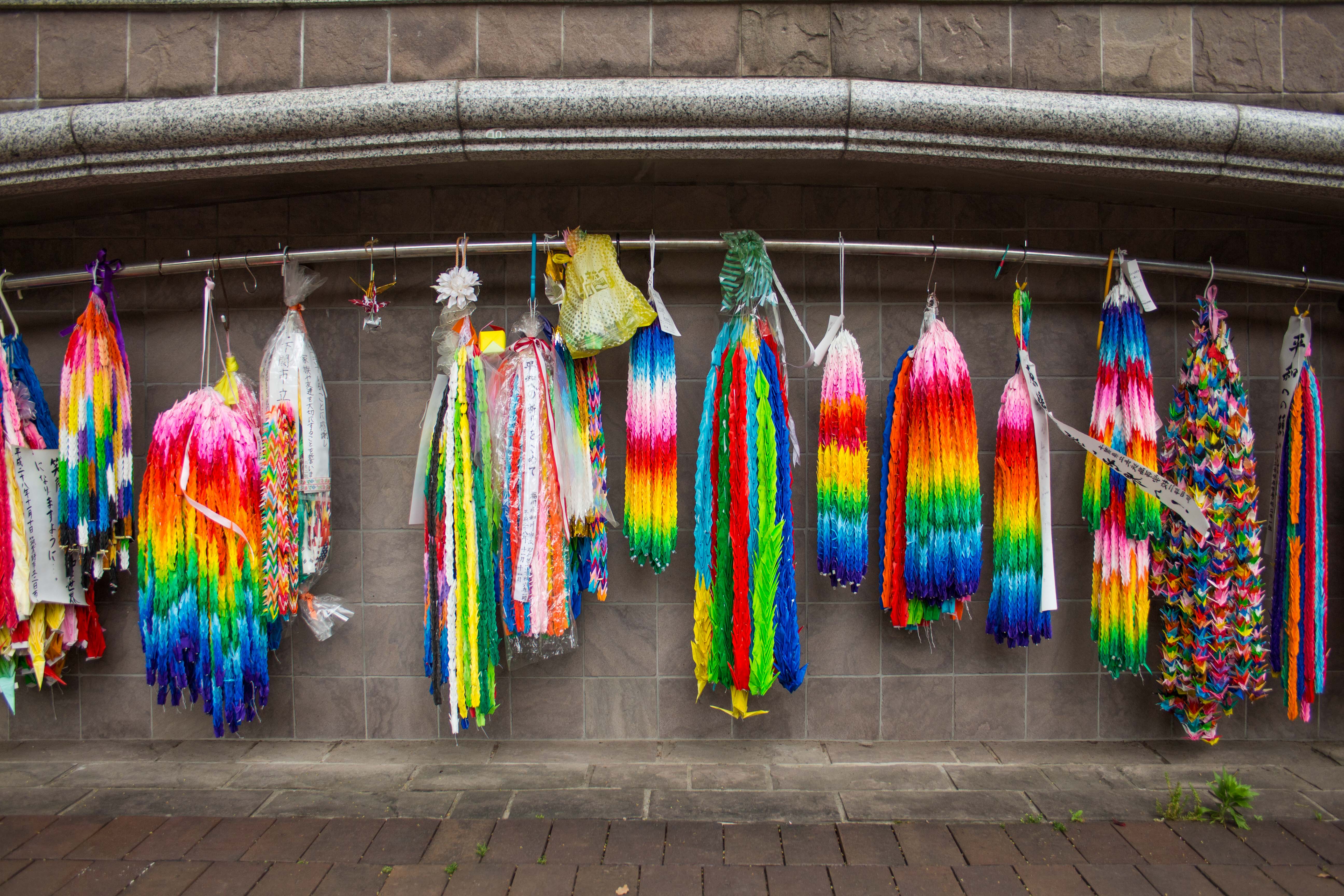 Adjacent to the museum is the National Peace Memorial Hall for the Atomic Bomb Victims, which is a place for people to mourn and pray for peace. In the Remembrance Hall, there is a registry of the names of the victims of the blast. When you stand in front of its twelve illuminated pillars, you face the hypocenter of the bomb.

In the lounge overlooking a fountain that flows from the upper level of the facility, which contains a basin of tree-lined water, you can fold an origami crane, leave a written message, or listen to poetry though audio-visual displays.

After we finished exploring the Memorial Hall, we decided to break for lunch at a nearby Chinese restaurant which also serves Nagasaki’s famed champon noodles.  Our bellies full, we went on to explore the rest of the complex, first the Hypocenter Park, which is essentially ground zero of the atomic bombing, and then the Peace Park itself. 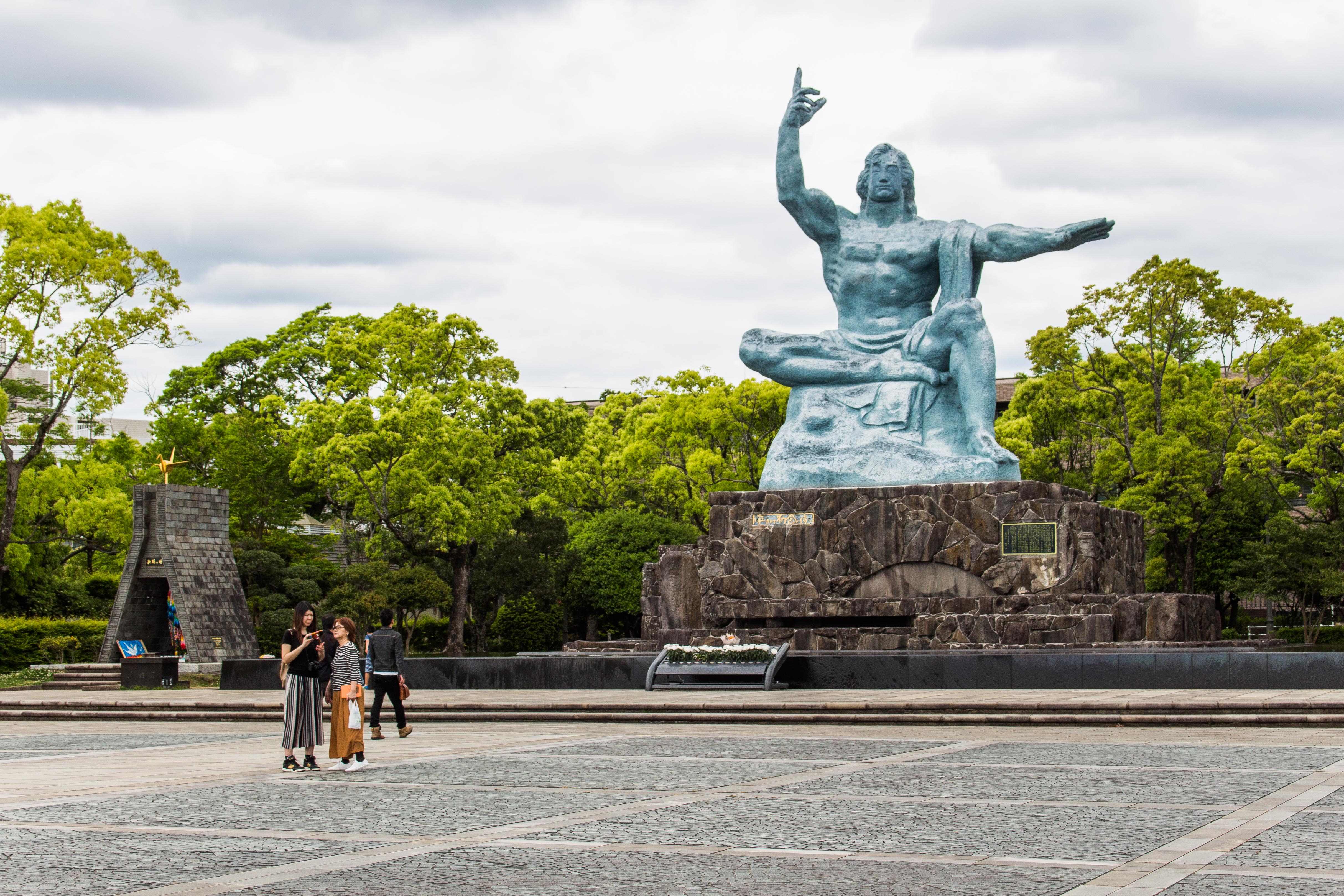 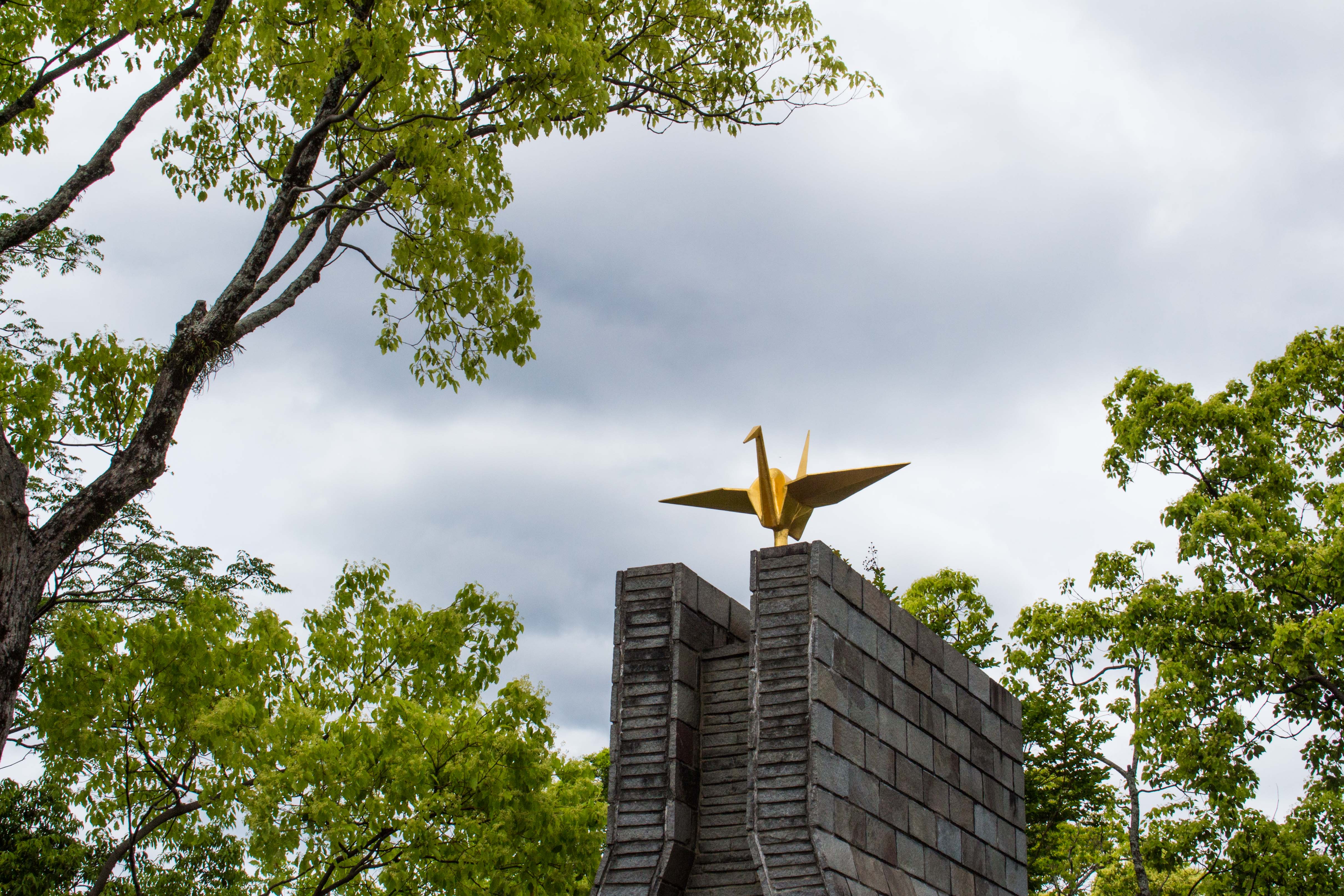 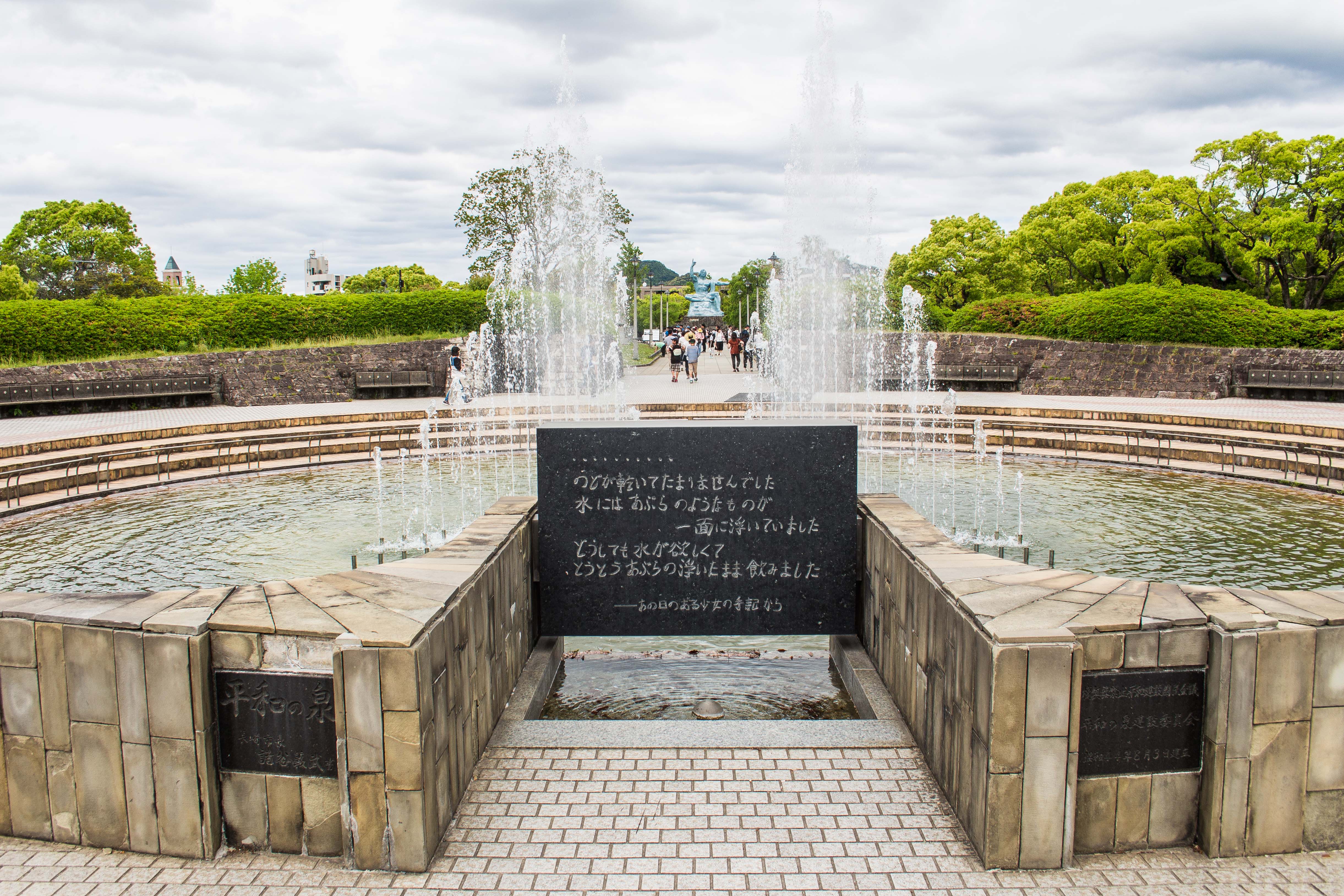 The latter features a 9.7 m (31.8 ft) Peace Statue created by local sculptor Seibou Kitamura. The giant turquoise Buddha has his right arm raised to the heavens, symbolizing the threat of atomic weapons, and his left arm raised to his side, to represent the wish for peace.

On our way to our next sightseeing stop for the day, we decided to take a quick snack break at Mirai Nagasaki Cocowalk, a shopping mall with a movie complex, SEGA World entertainment center, and gym. There is also a beer garden on the roof and a 70 m (230 ft) Ferris wheel on the 5th floor.

Because it was Children’s Day, we got to ride the Ferris wheel for free. Usually 500円 ($4.50) per person, it offers a pretty spectacular view of the city and surrounding hillsides. 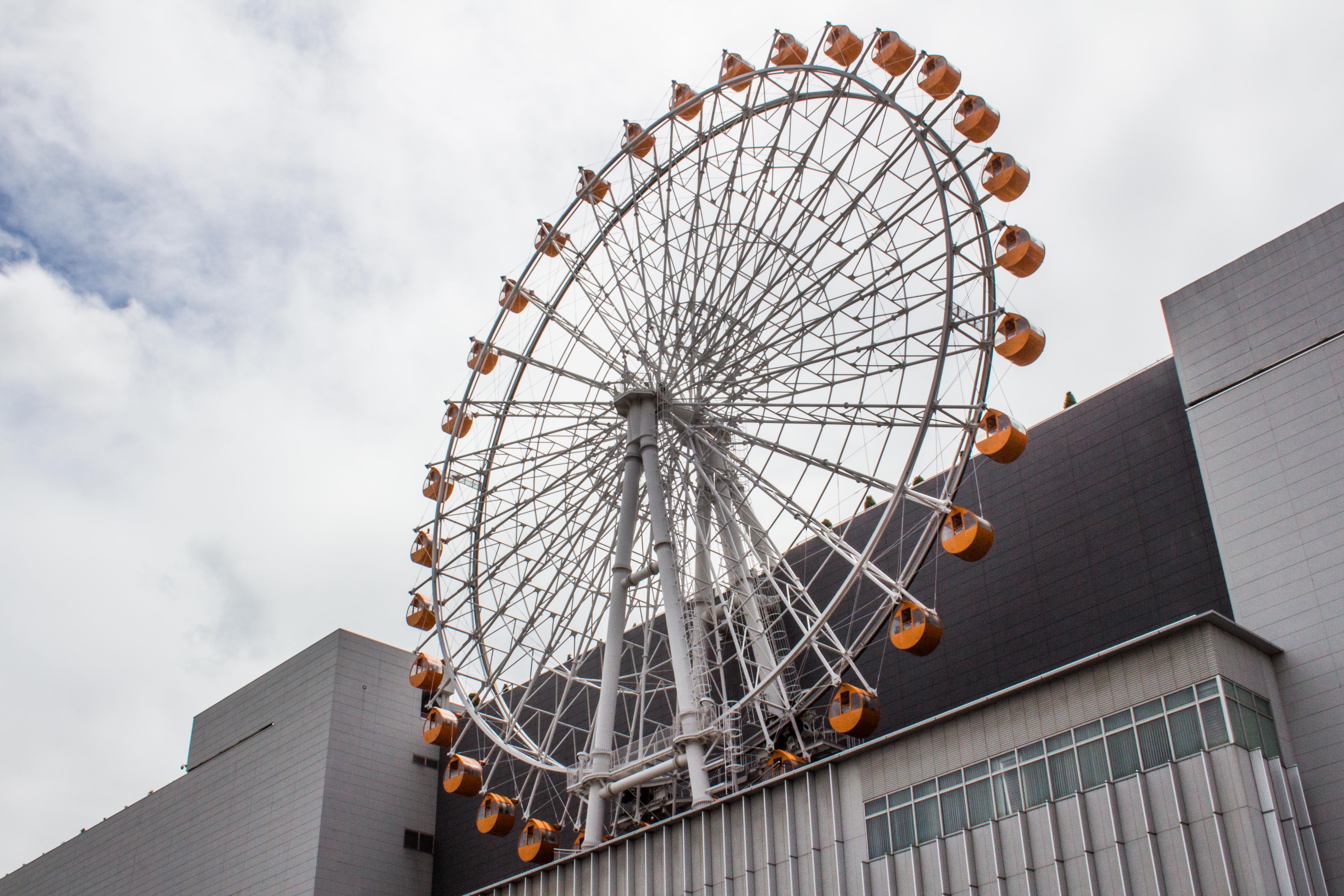 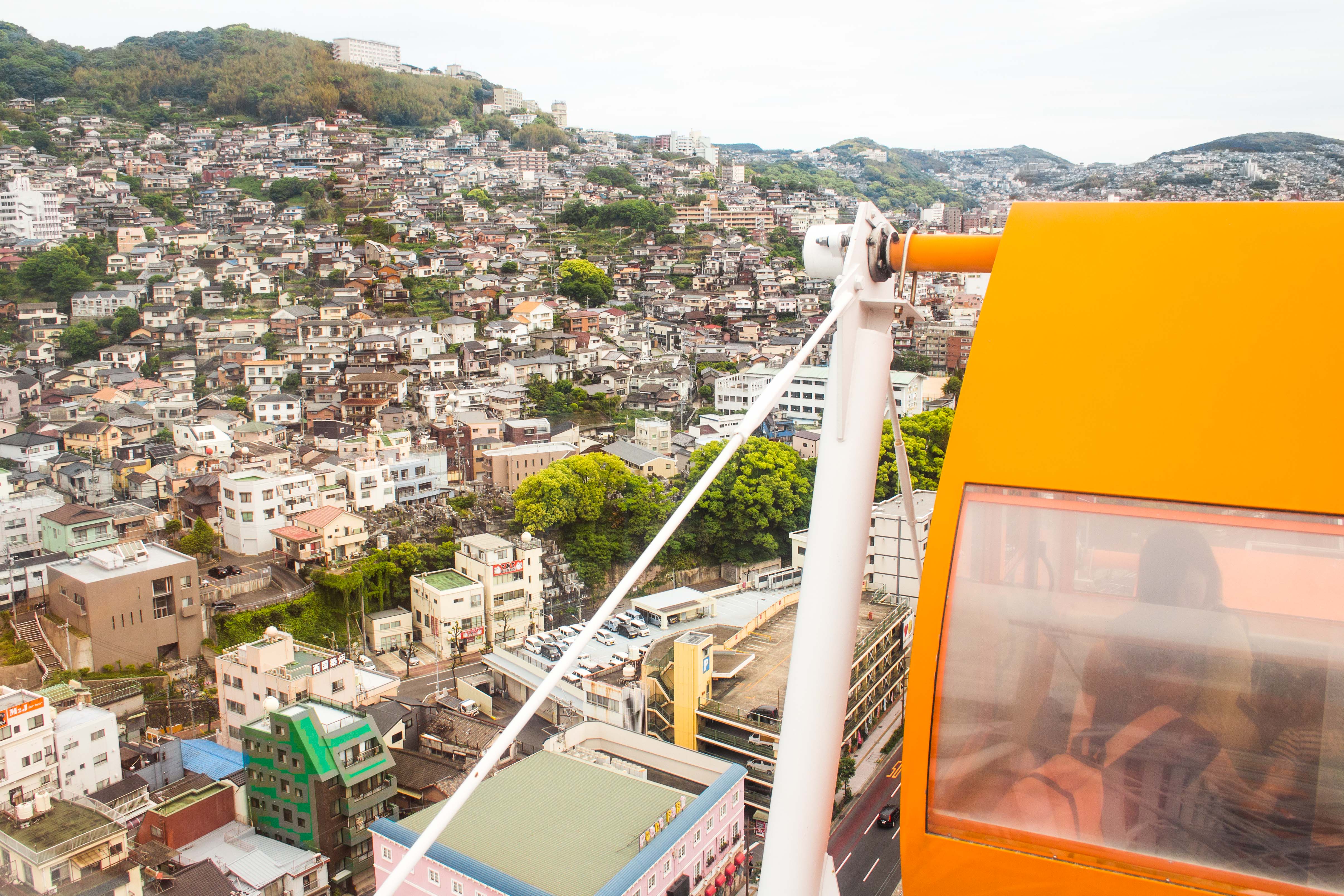 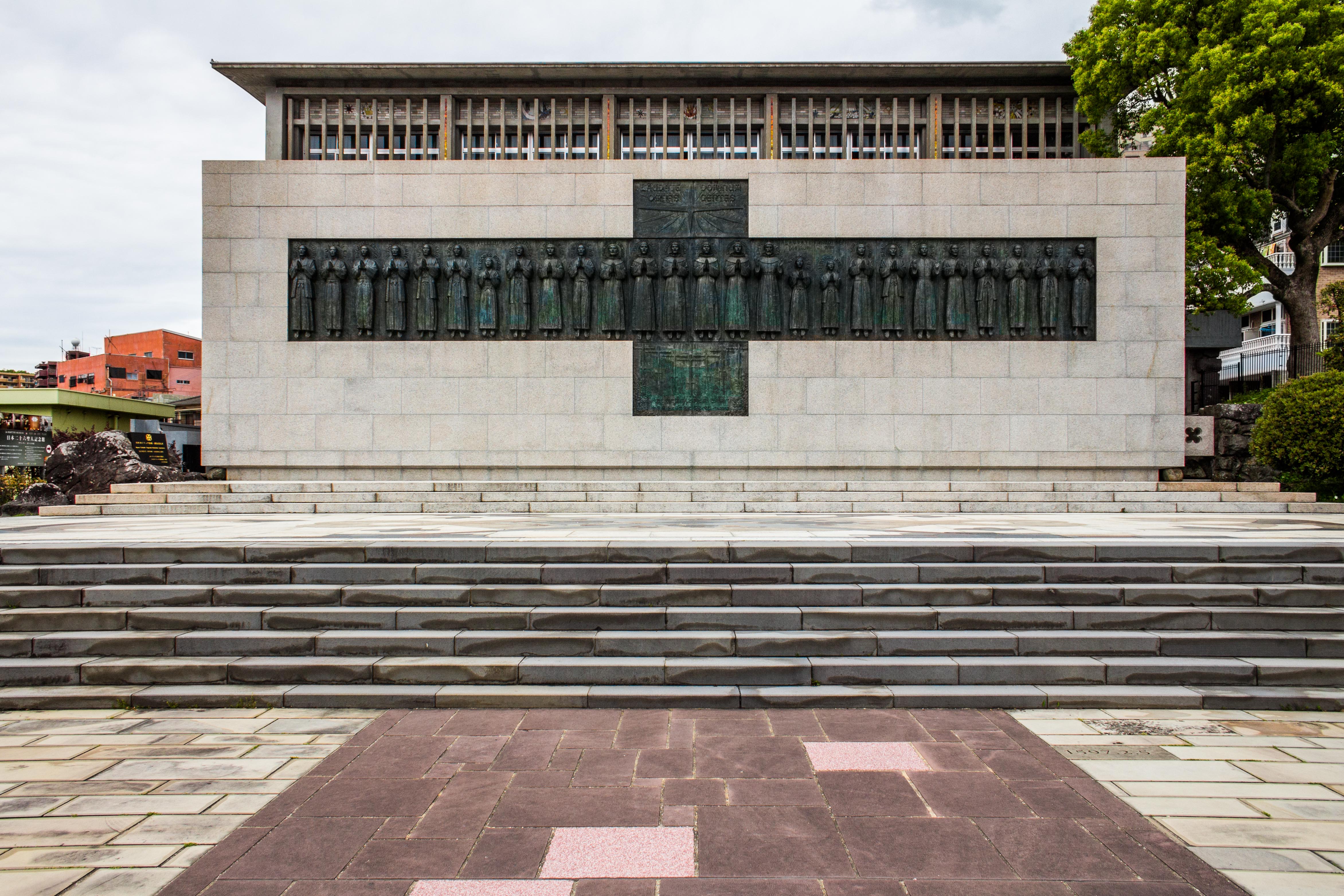 By the time we reached the Twenty-Six Martyrs Monument and Museum on Nishizaka Hill, the sky had turned a dark shade of gray. It seemed fitting for a place where 26 Catholics were executed on 5 February, 1597, marking the beginning of a two century-long Christian persecution in Japan.

At the museum, visitors can learn about the persecution and the history of Christianity in Nagasaki as a whole. It contains exhibitions of items Hidden Christians used for worship, such as a “Maria Kannon” statue and the meticulously preserved Our Lady of the Snows scroll, which was featured in the Martin Scorsese’s Silence. 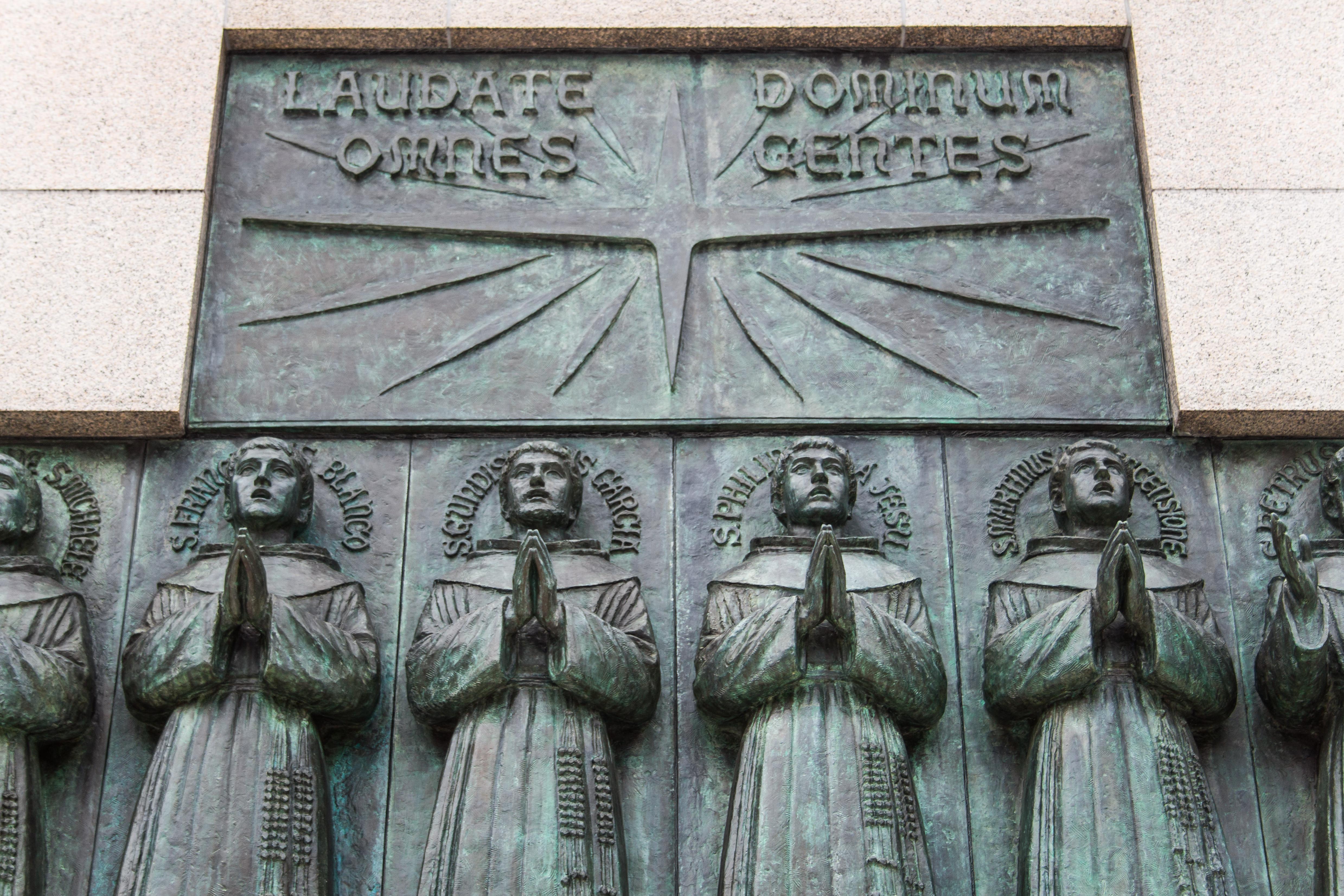 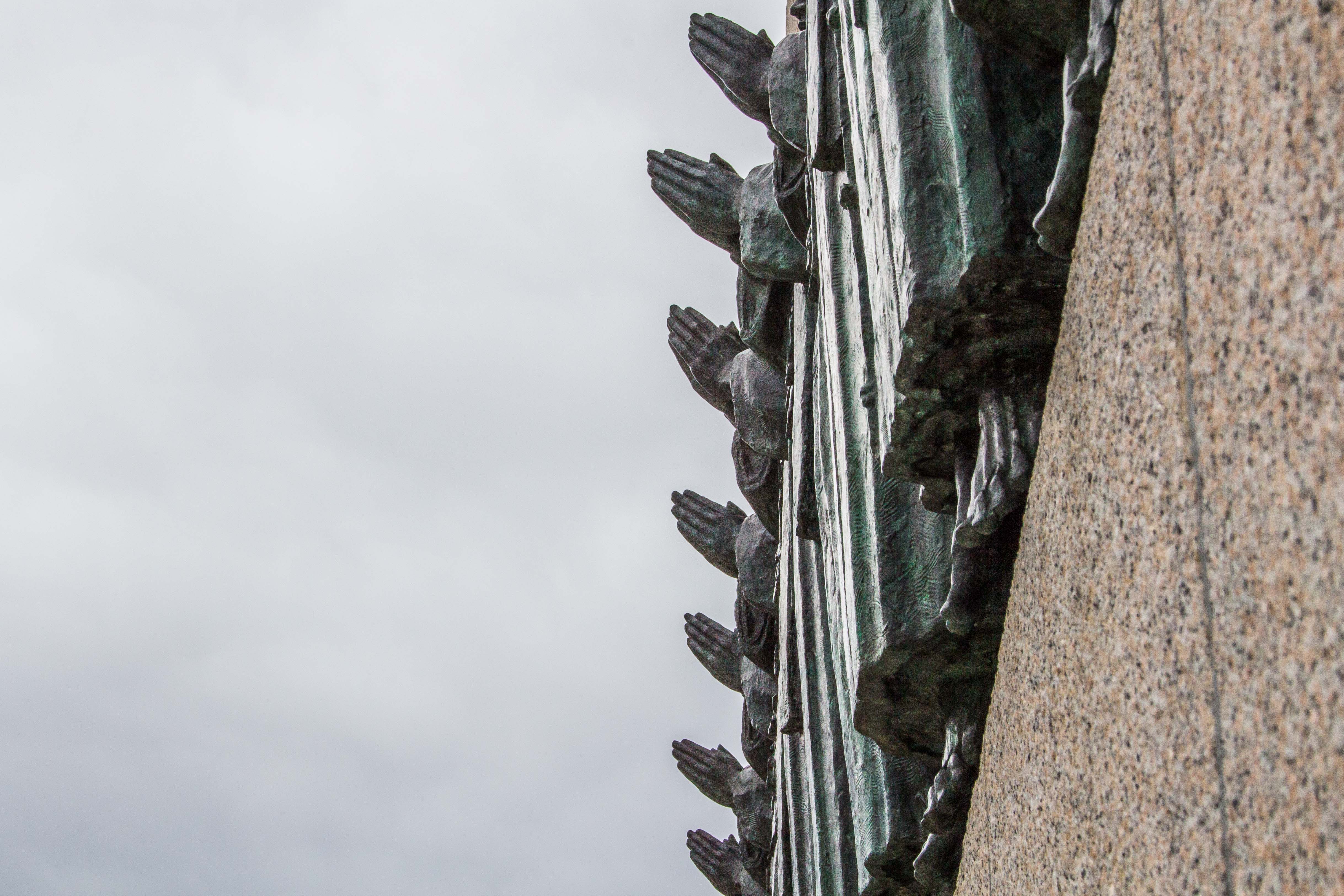 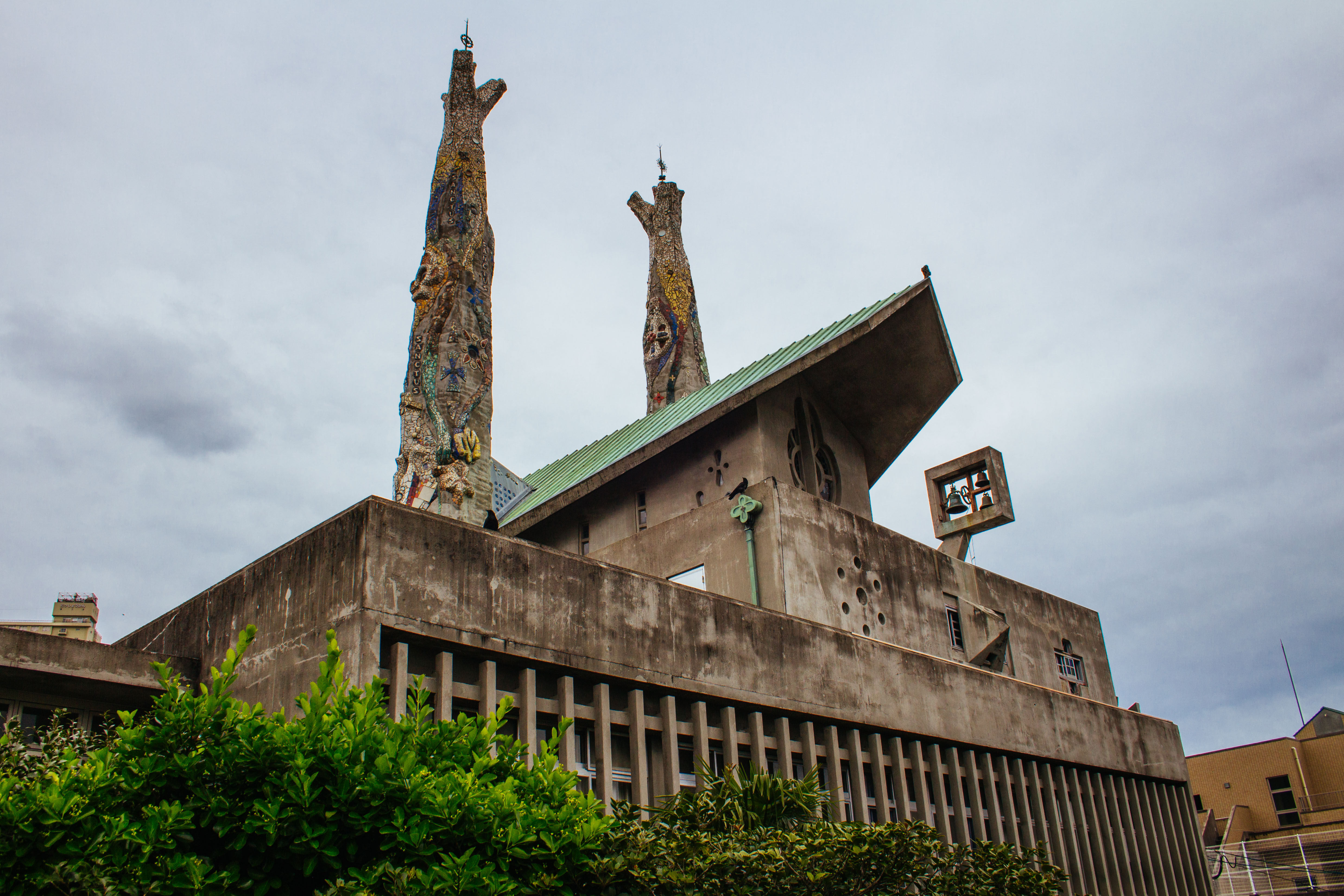