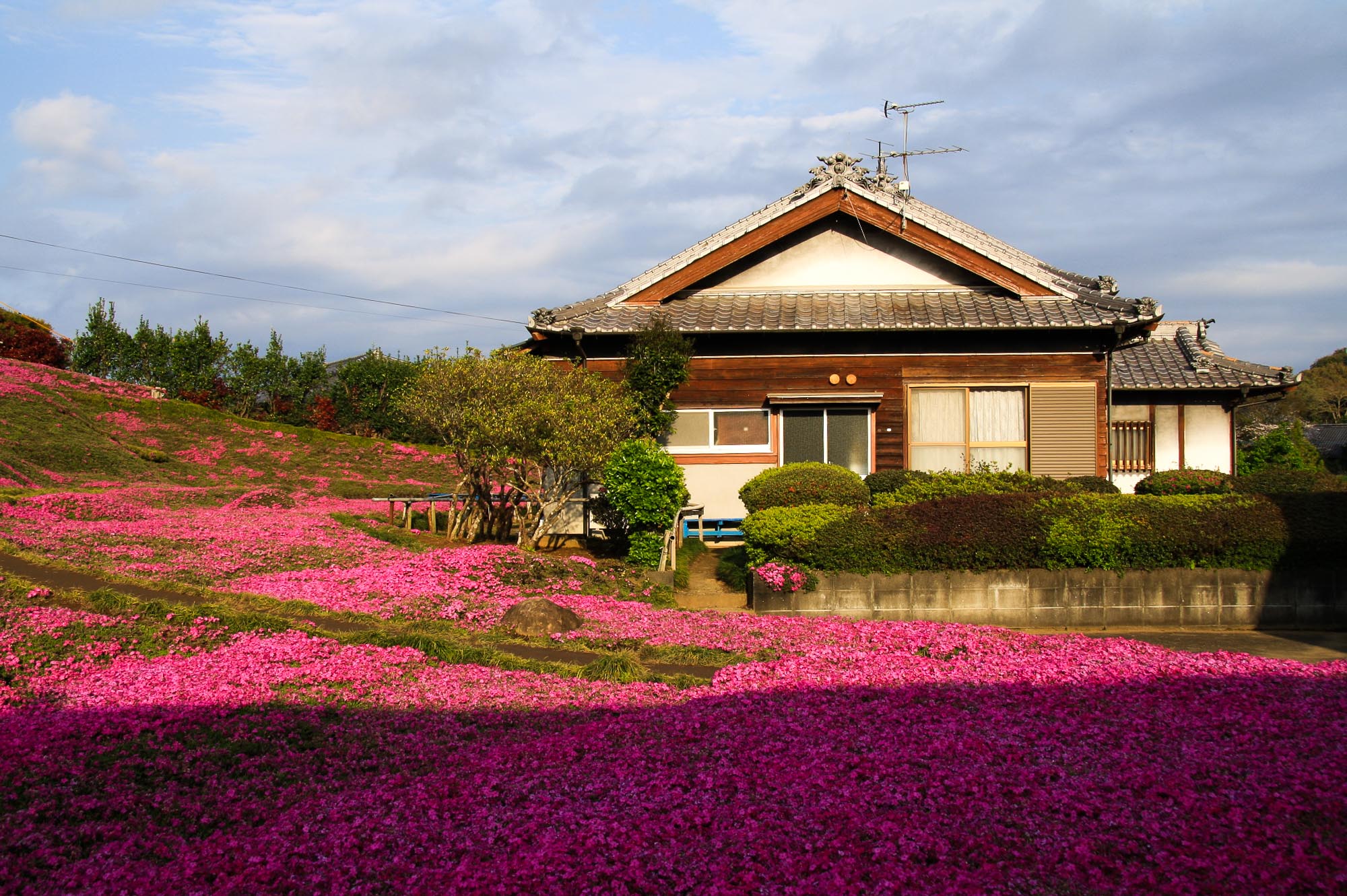 In Shintomi Town, on the road from Takanabe to Saito, is a garden carpeted in bright, pink flowers. During spring, when the shibazakura (moss phlox) is in full bloom, the private residence attracts up to 3,000 visitors a day. People come to admire the beautiful flowers, of course, but the garden is attractive for another reason; the story of how it came to be. 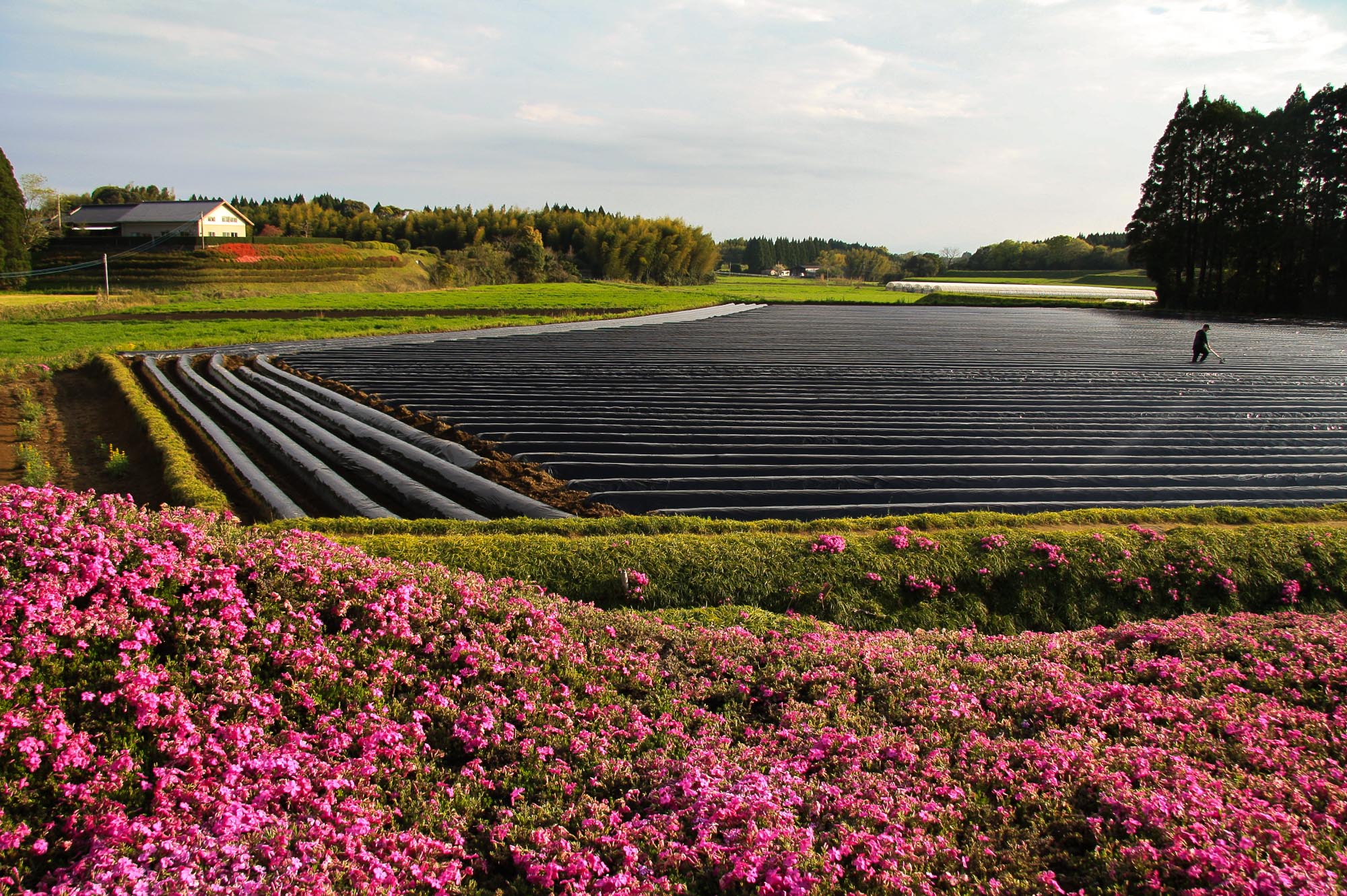 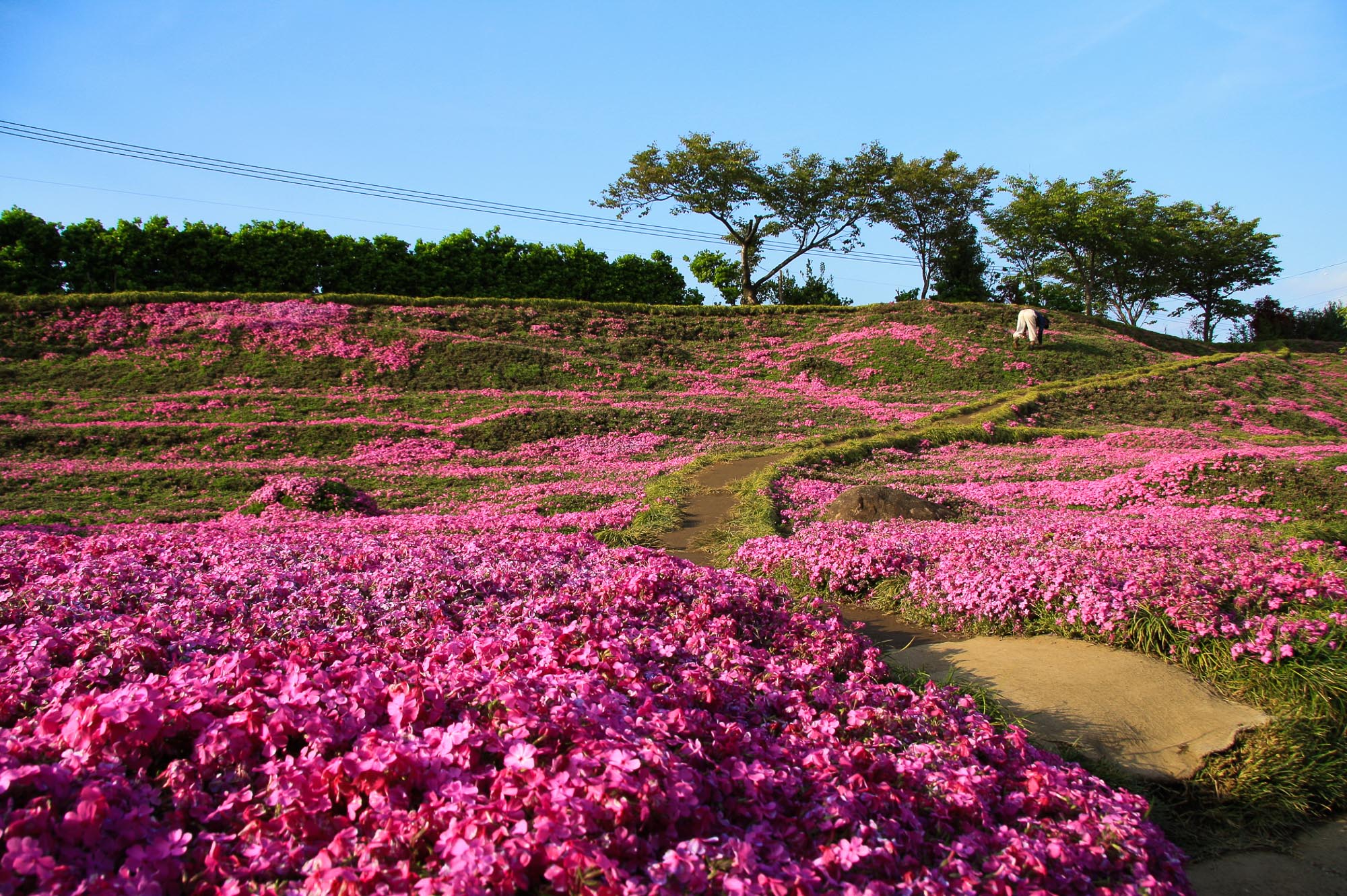 A long time ago, a man named Toshiyuki and a woman named Yasuko fell in love. When they married in 1956, the newlyweds moved onto a dairy farm. Every day, the couple woke up early to tend to their 60-strong herd of cows. Soon, Yasuko became pregnant with their first child. Some years later, she had another.

It wasn’t an easy life raising two children and tending to the farm, but Toshiyuki and Yasuko worked hard. They hoped that when they retired, they could take a trip around Japan.

But Yasuko was suffering from diabetes, and just before they were due to retire, she lost her sight. Yasuko was devastated that she wouldn’t be able to go on the trip her and Toshiyuki had been dreaming about their whole lives. She became very depressed and shut herself away in their house. 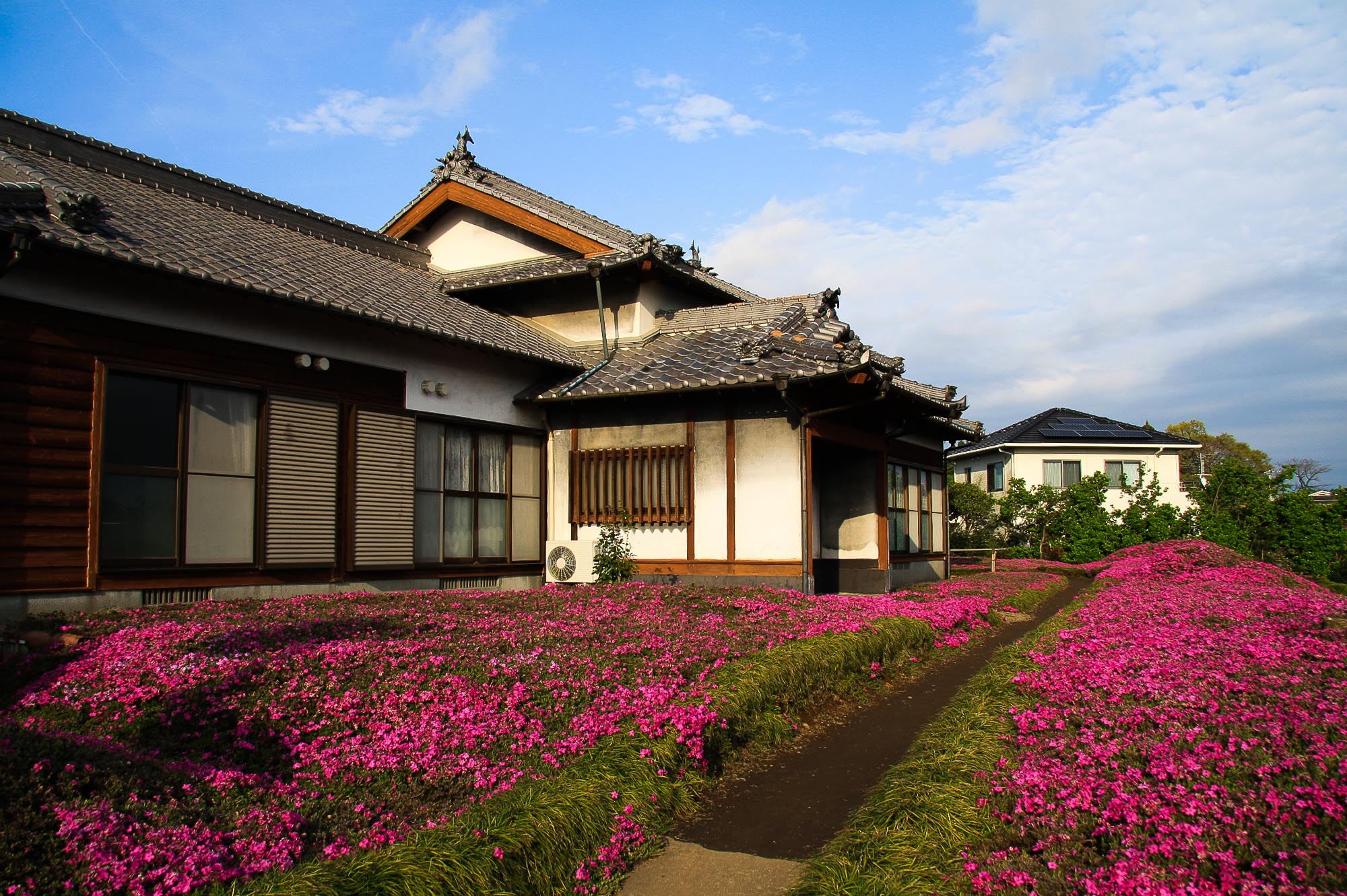 Toshiyuki’s heart ached for his wife and he wished for a way that he could make her happy again.

Toshiyuki thought that if he could get one or two people to visit the house every day, it would bring a smile back to Yasuko’s face. One day, out in the garden, he stumbled upon a pink shibazakura flower. He realised that even though Yasuko couldn’t see the flowers, she could still enjoy them through smell.

If he could plant an entire garden of shibazakura, Toshiyuki thought, maybe people would come to see it, too.

Toshiyuki got to work right away. For two years, he chopped down trees to create a foundation for the garden and tended to the young plants every day. 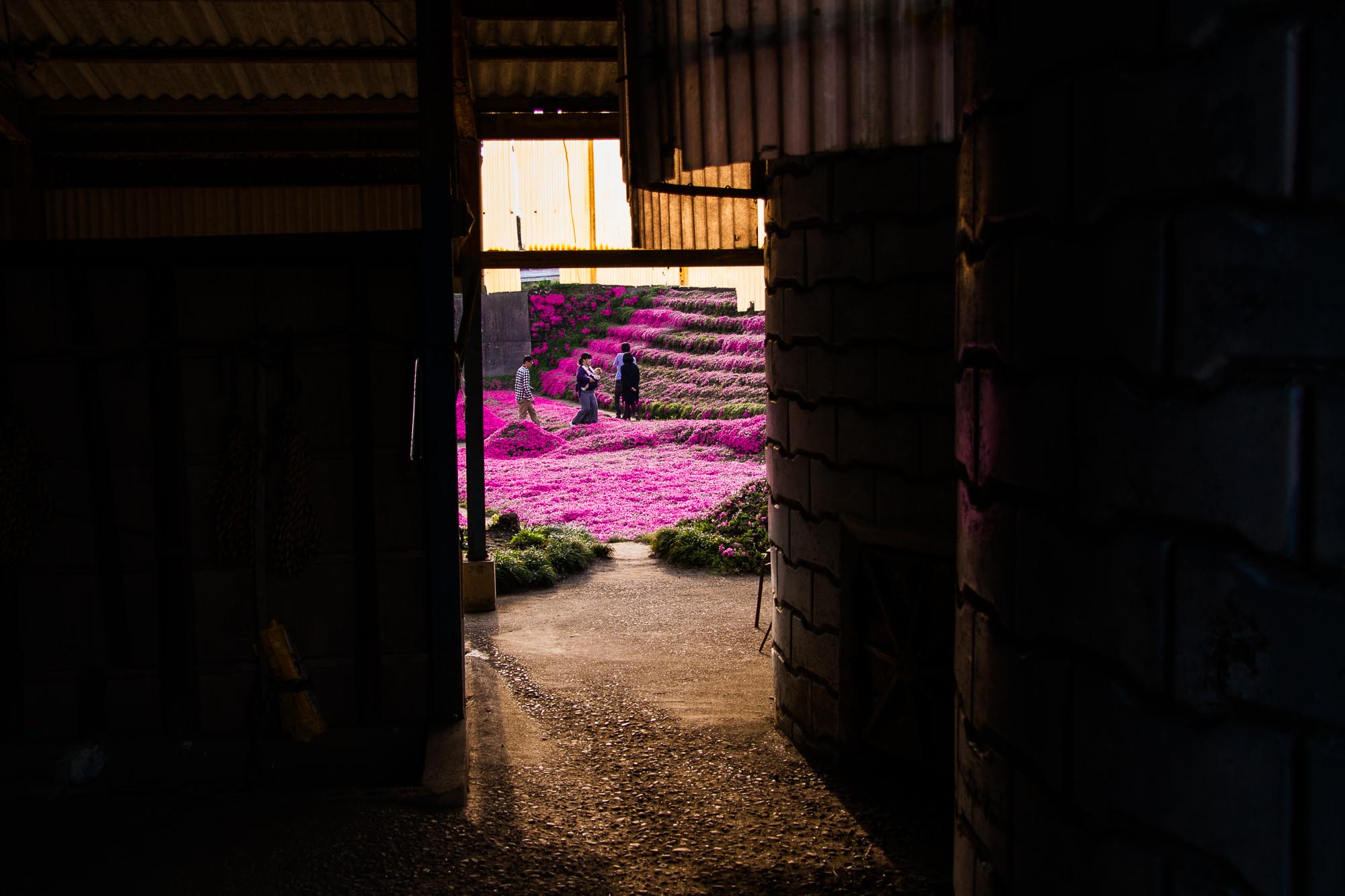 Eventually, his effort began to show. A decade later the house was surrounded in a carpet of pink. And just as Toshiyuki had predicated, many people from the surrounding towns and prefectures began to visit the garden. Yasuko slowly regained her cheerful demeanour.

Today, the couple’s story is memorialised in what was one the farm’s dairy sheds, where framed photographs and newspaper clippings line the walls of the makeshift museum. Kuroki’s Phlox Garden has been featured in newspapers, on Internet news sites and on local and international TV.

Visitors are free to drop by any time and walk the beautifully manicured paths of the garden. You might even catch a glance of the couple themselves, as Toshiyuki still tends to it every day, and often takes walks with Yasuko around the property. 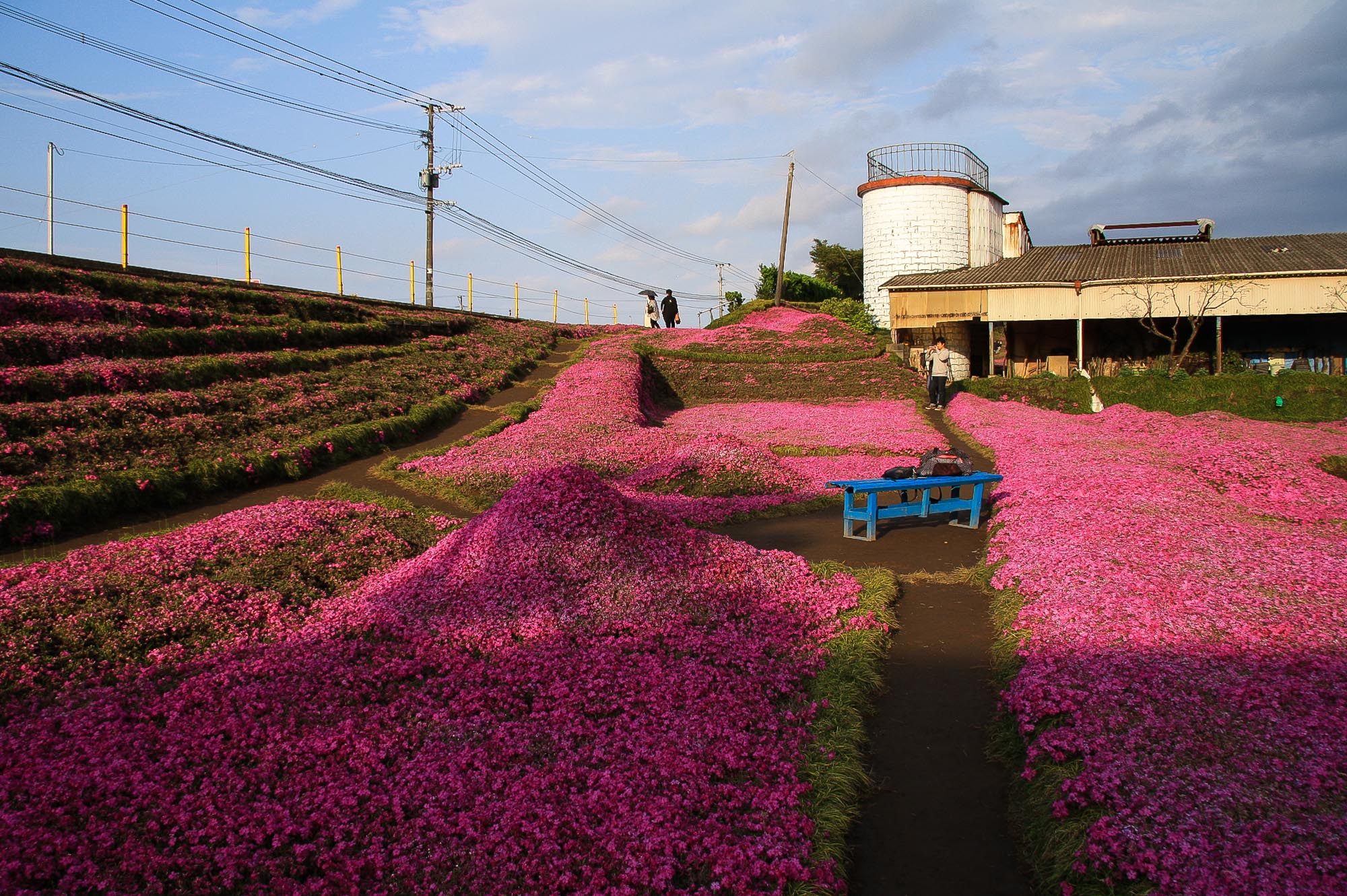