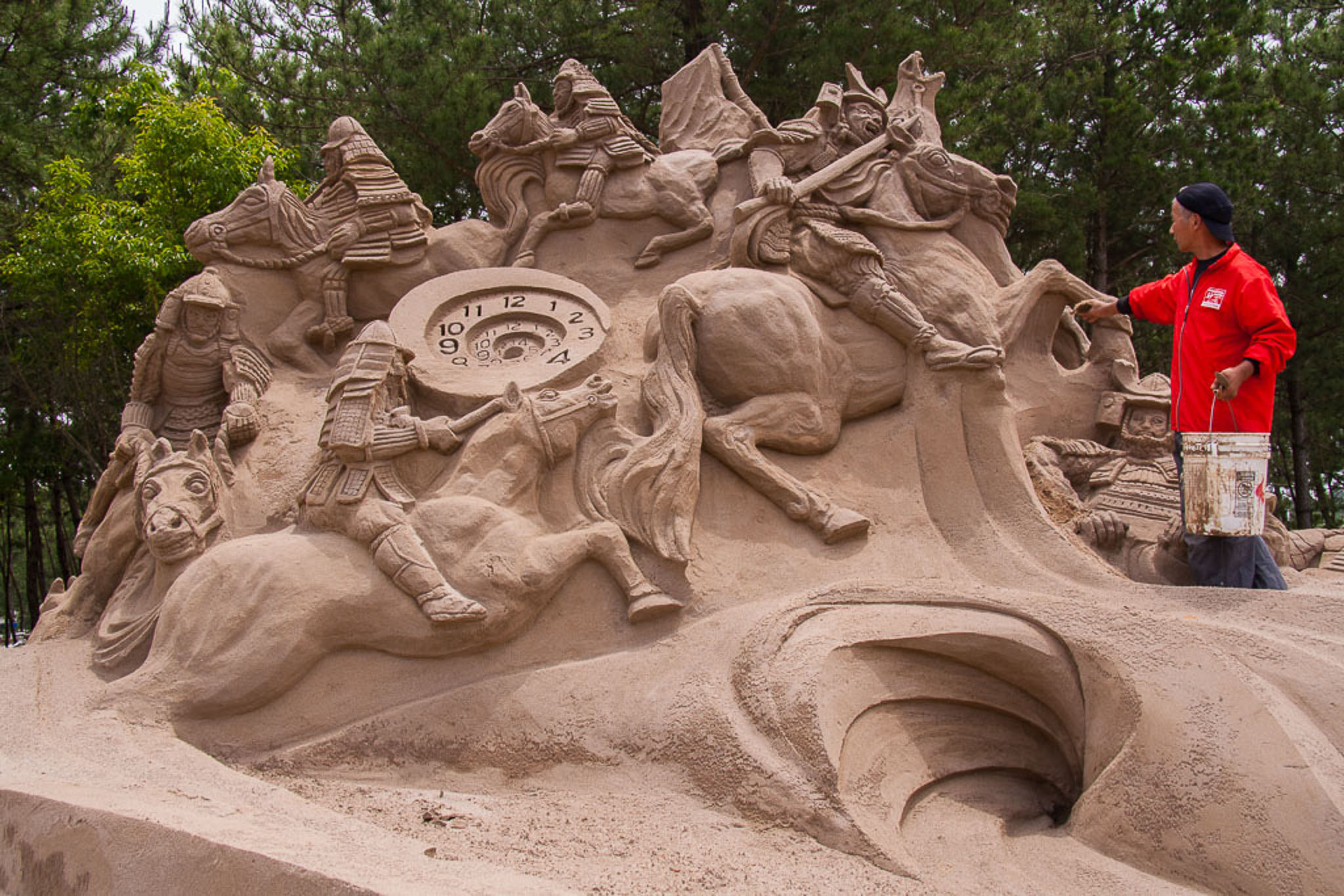 Fukiagehama beach is one of Japan’s three biggest sand dune systems. Bordered with pine forests, and facing the East China Sea, it’s also a beloved spot for both the residents of Minamisatsuma City, and the loggerhead turtles who come to lay their eggs there. But it is best known for hosting an annual event that brings artists from all over the world to showcase a unique talent; sand sculpting.

Now in it’s 28th year, the Fukiagehama Sand Sculpture Festival runs throughout May. The event kicks off in Golden Week with an official programme that includes competitions and nightly light and fireworks displays. But for those who want to avoid the crowds, the works of art are available for viewing until the end of the month.

The week before we went down, Typhoon Dolphin hit Kagoshima, but by that Sunday, the sun had come out again. Luckily, most of the sculptures were left intact, despite being constructed from just water, sand and spray glue. Those that got a bit banged up in the storm were being touched-up by staff members.

Along with the international competitors and artists from all over Japan, the local community gets involved as well. Students from nearby schools try their hand at the art, sometimes for the first time, and although just waist-height, those sculptures were pretty impressive as well.

But my favourites were the giant ones towering over our heads, carved by meticulous hands and with eyes for the minutest of details. I don’t even think the photos do them justice… 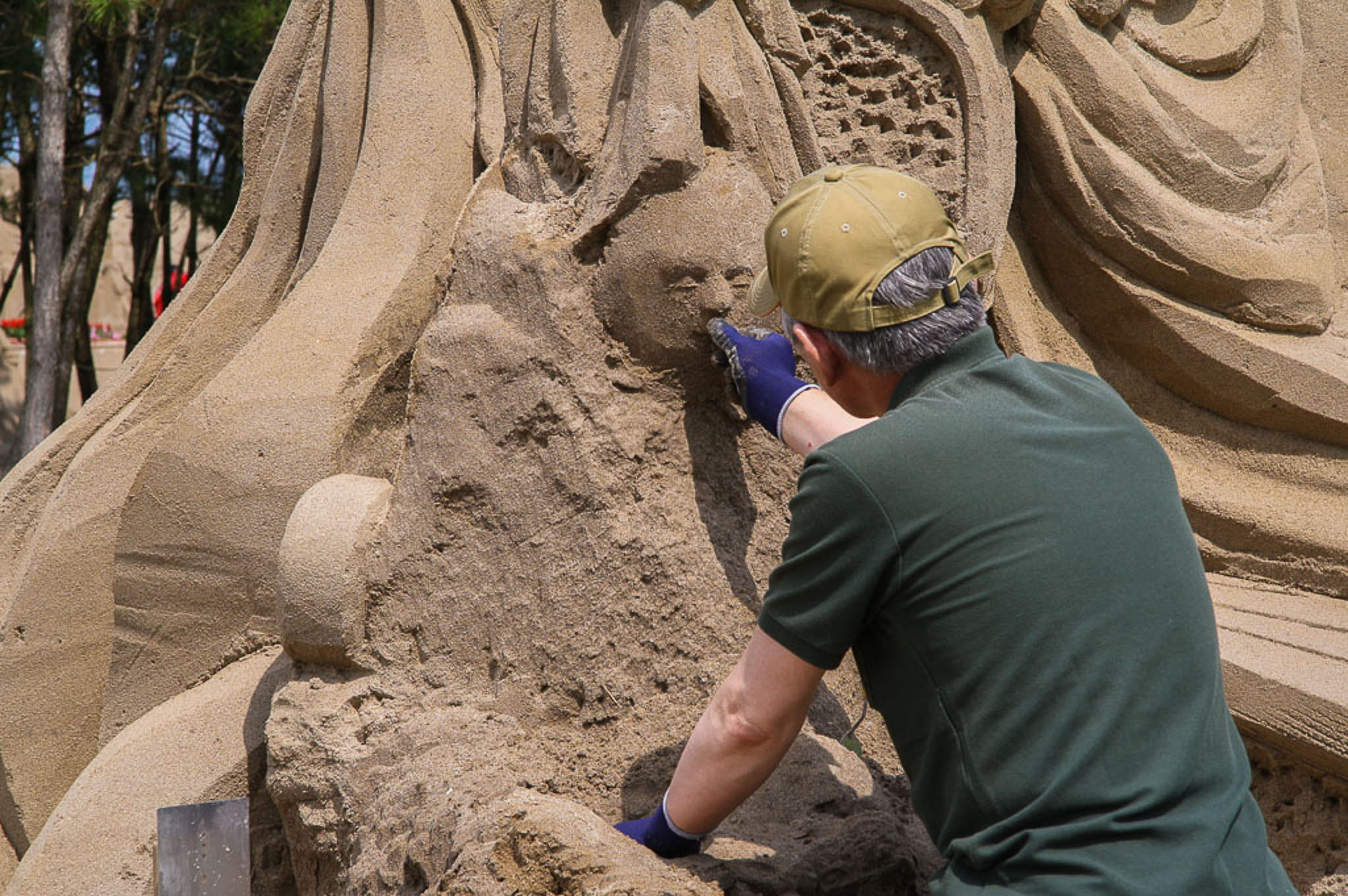 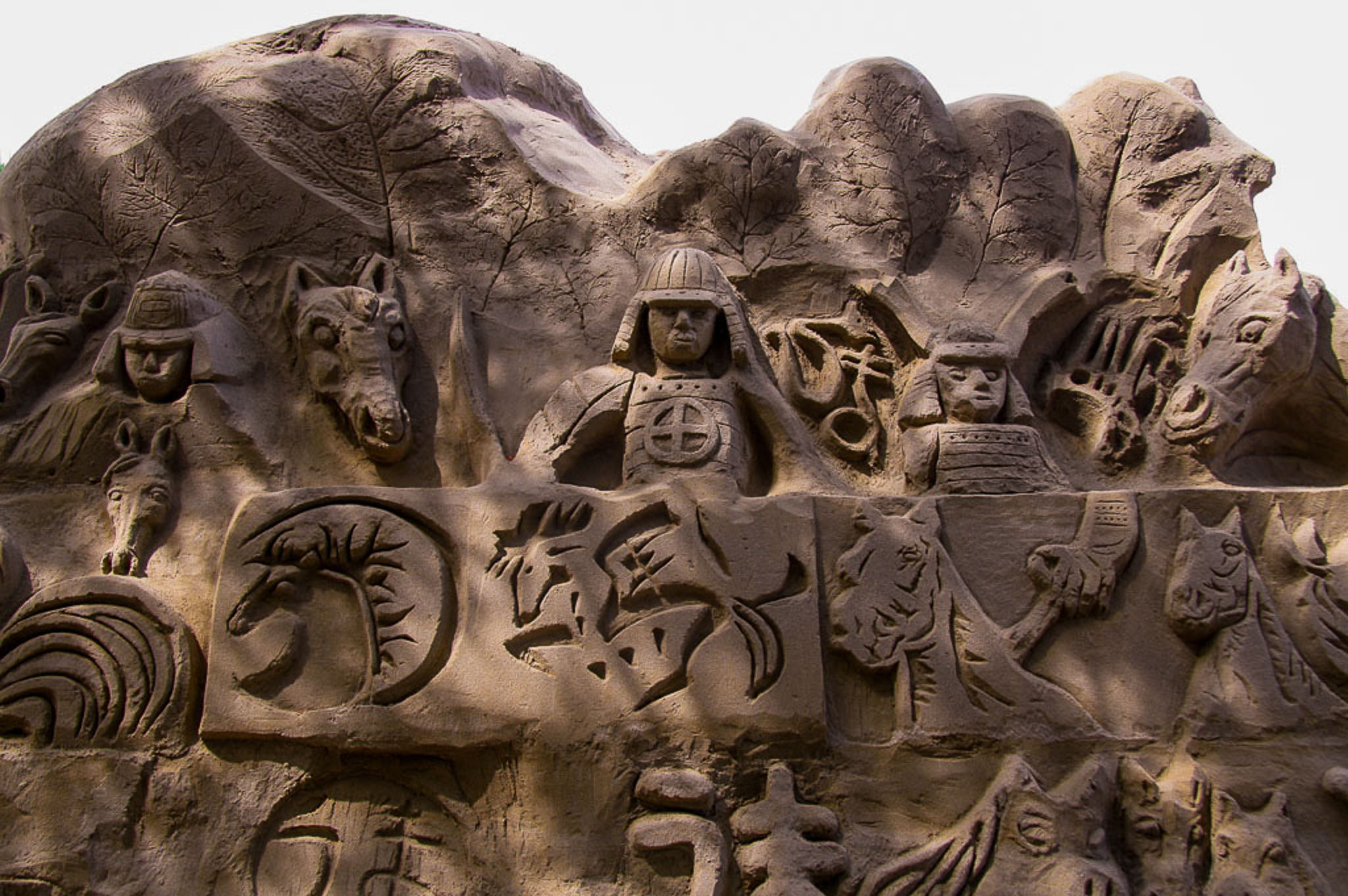 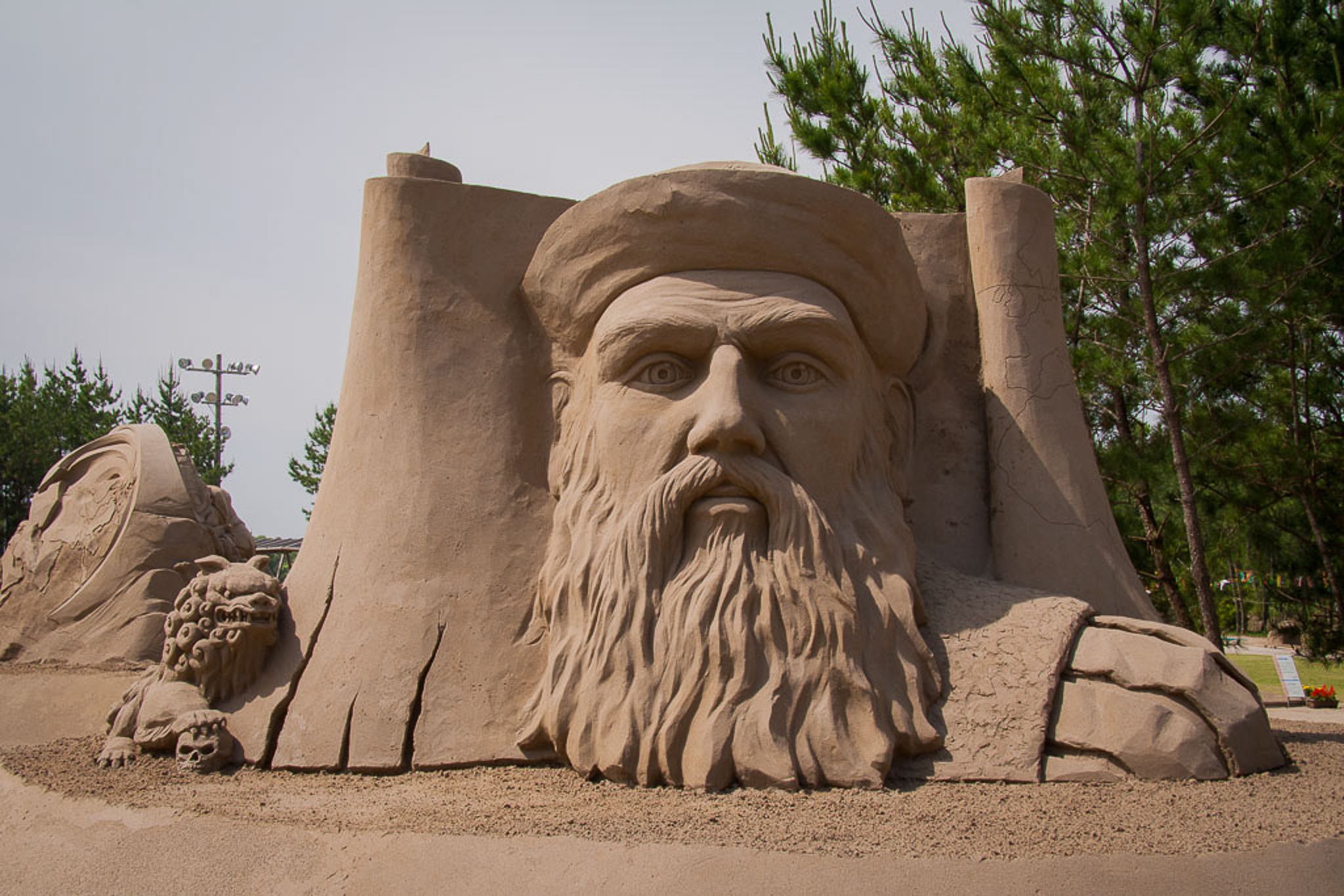 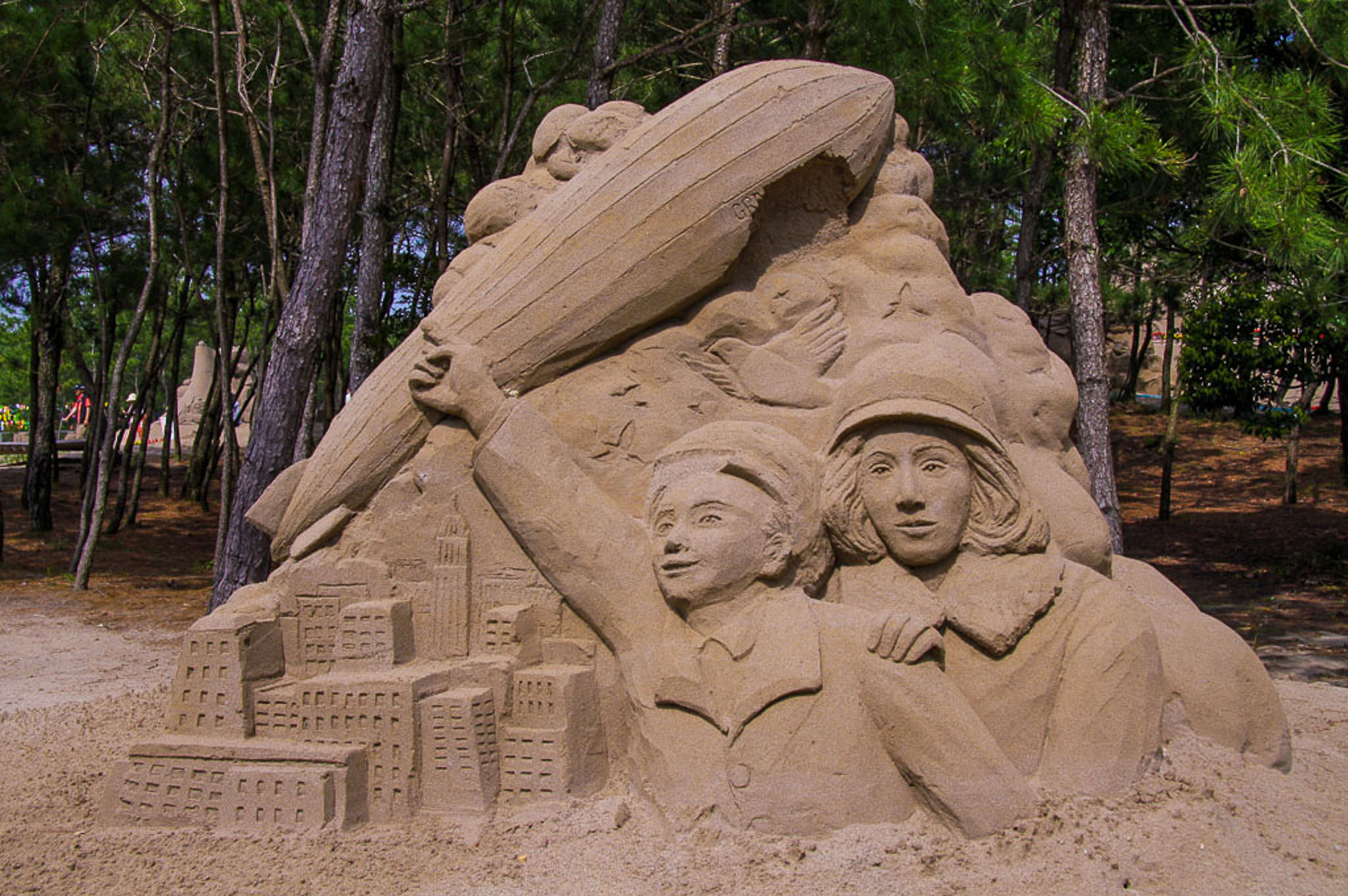 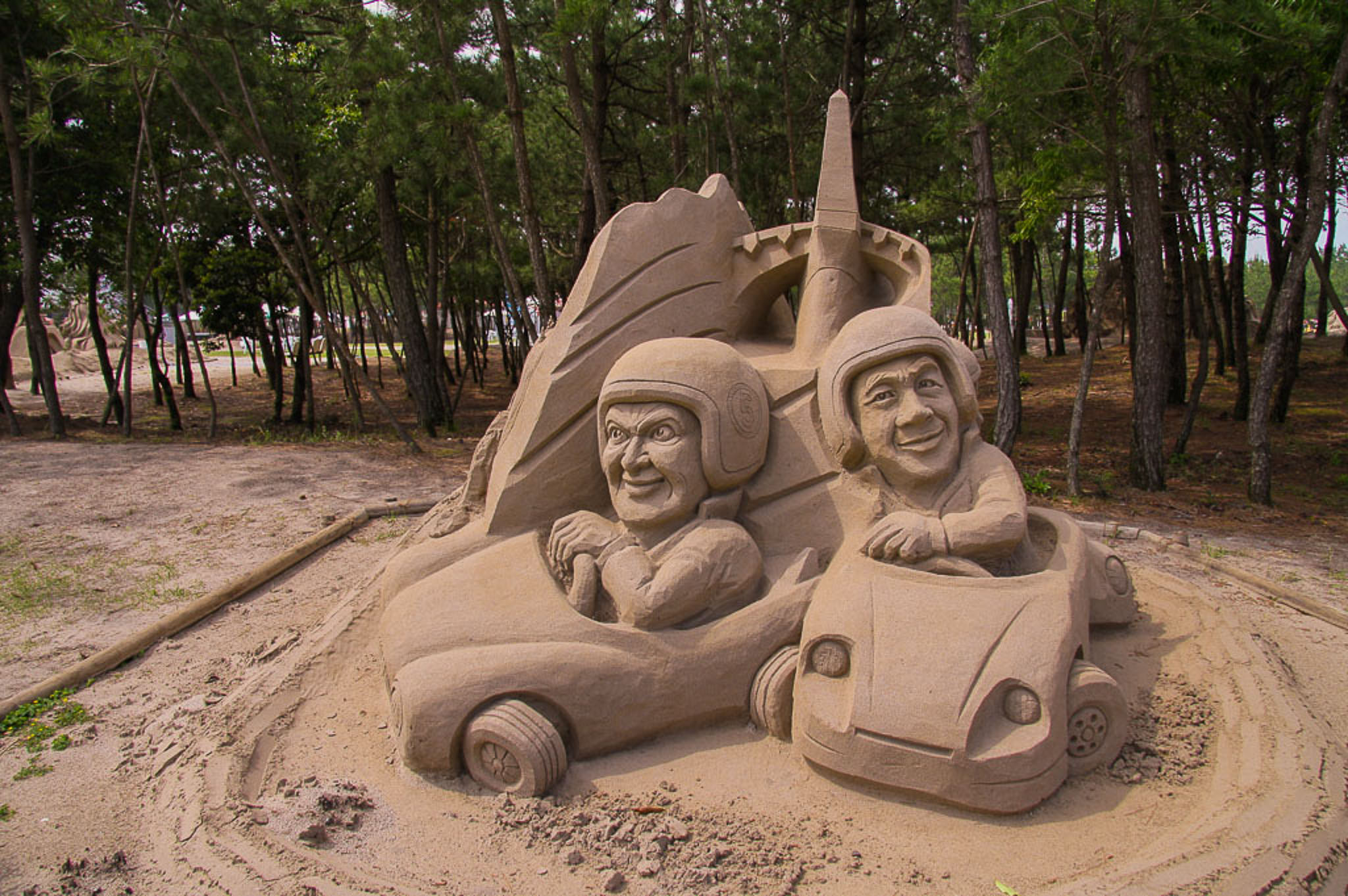 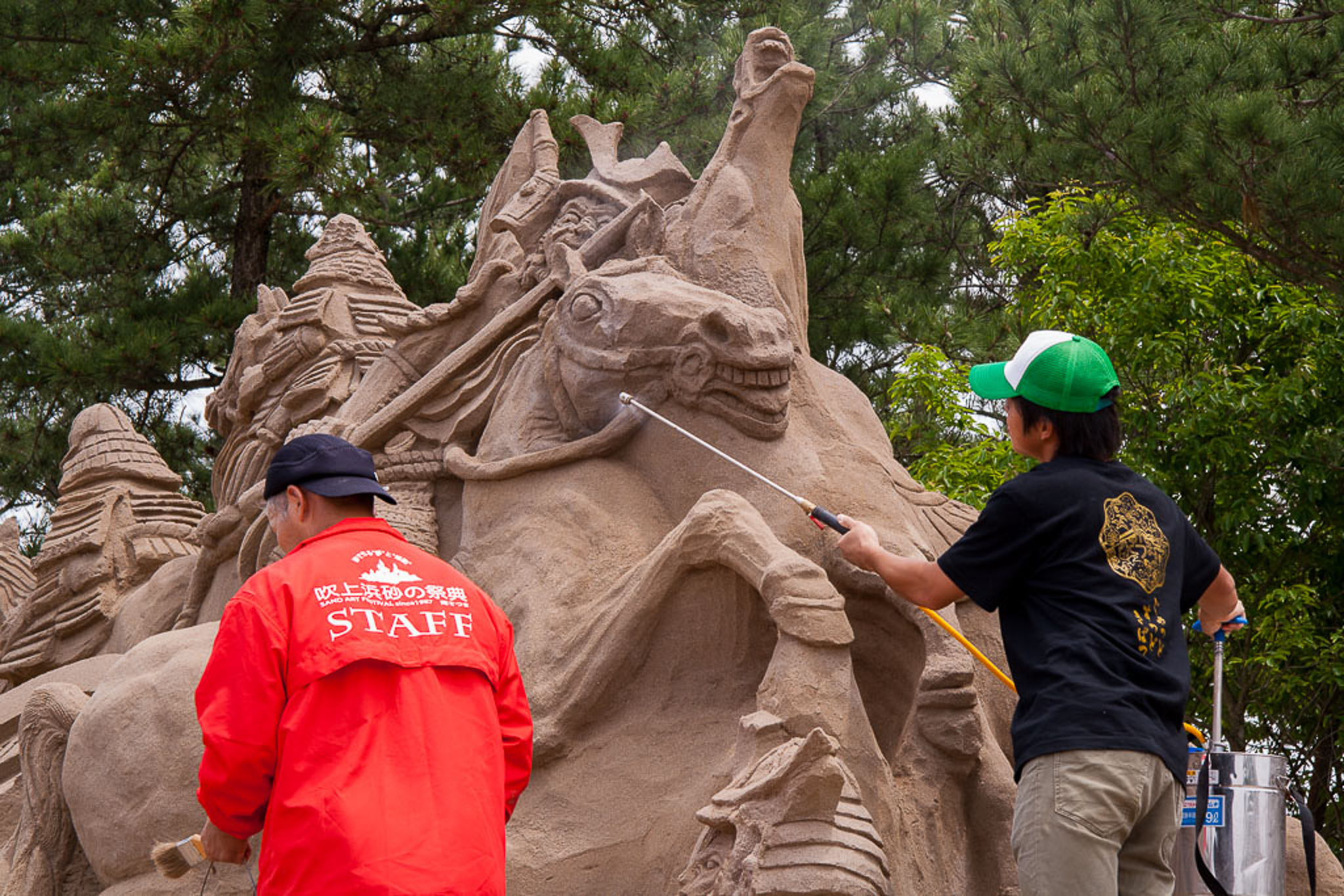 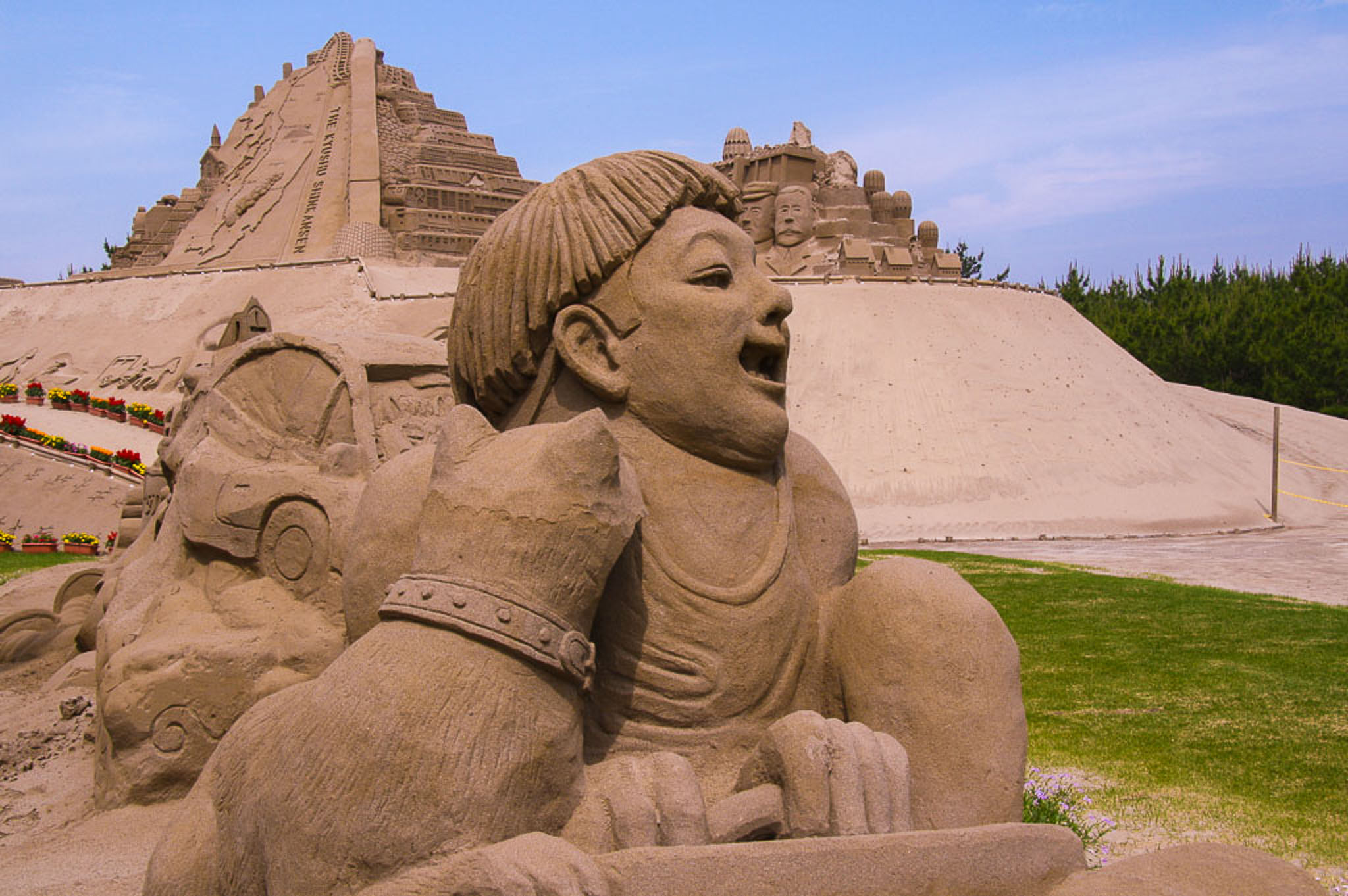 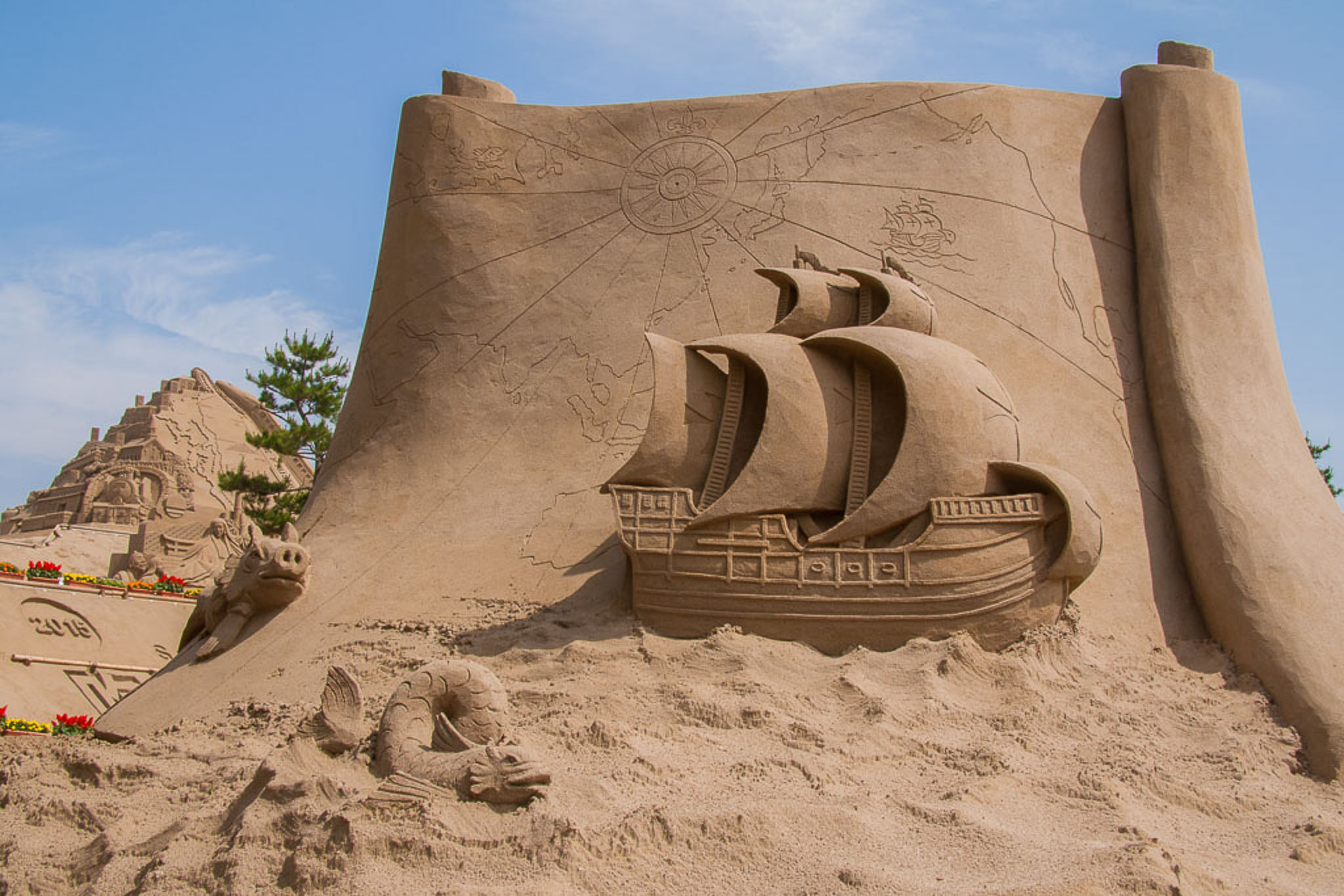 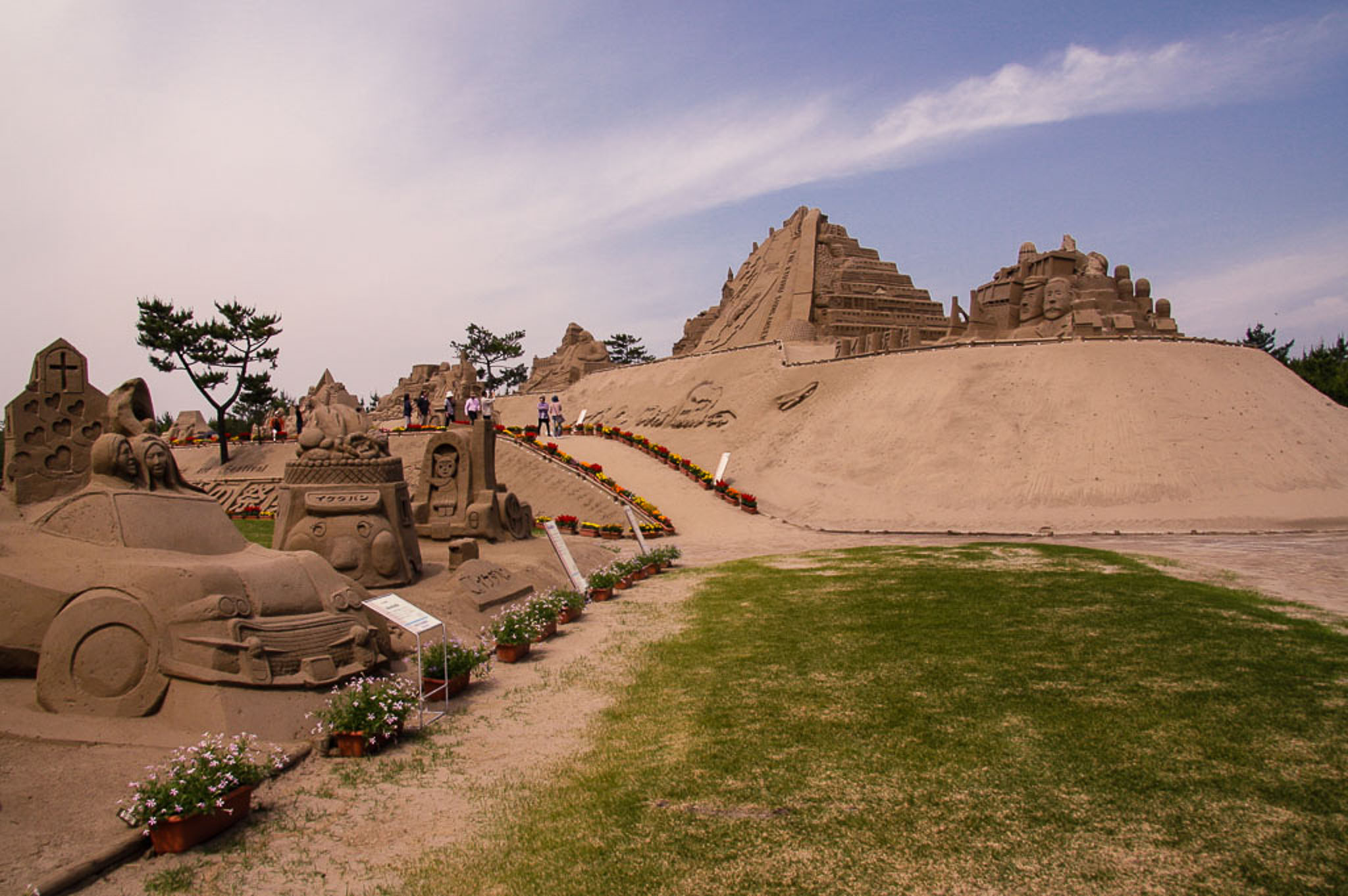 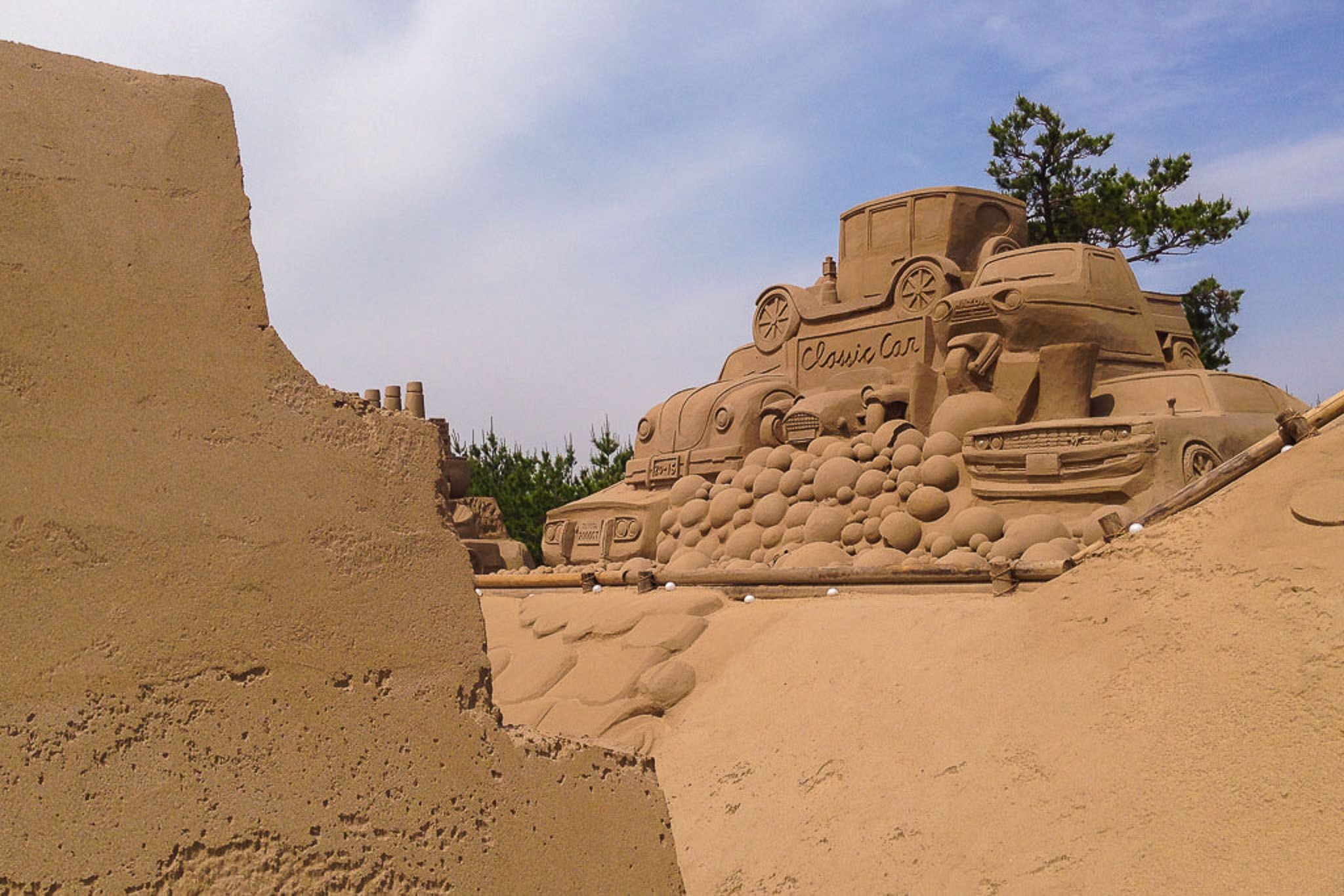 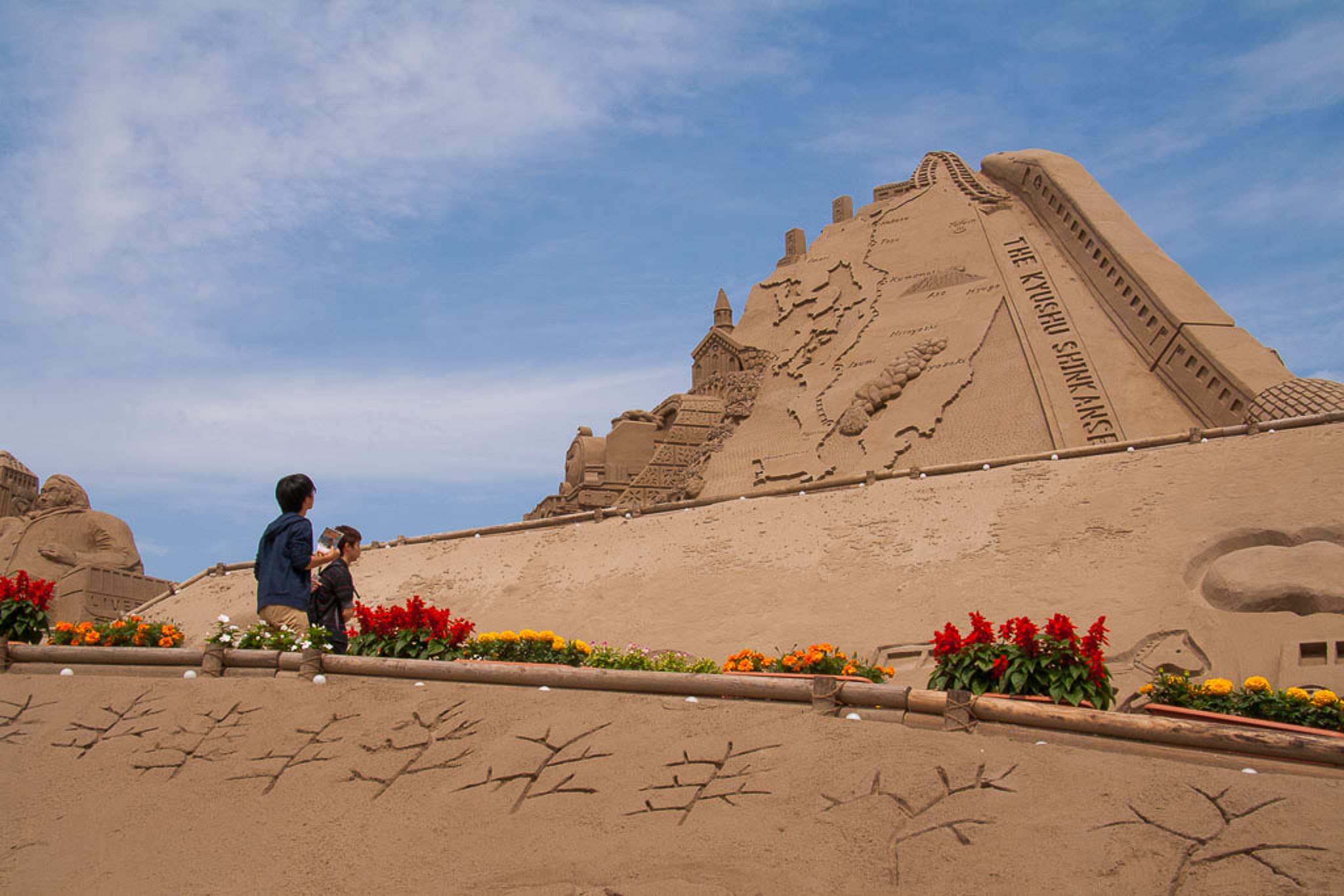 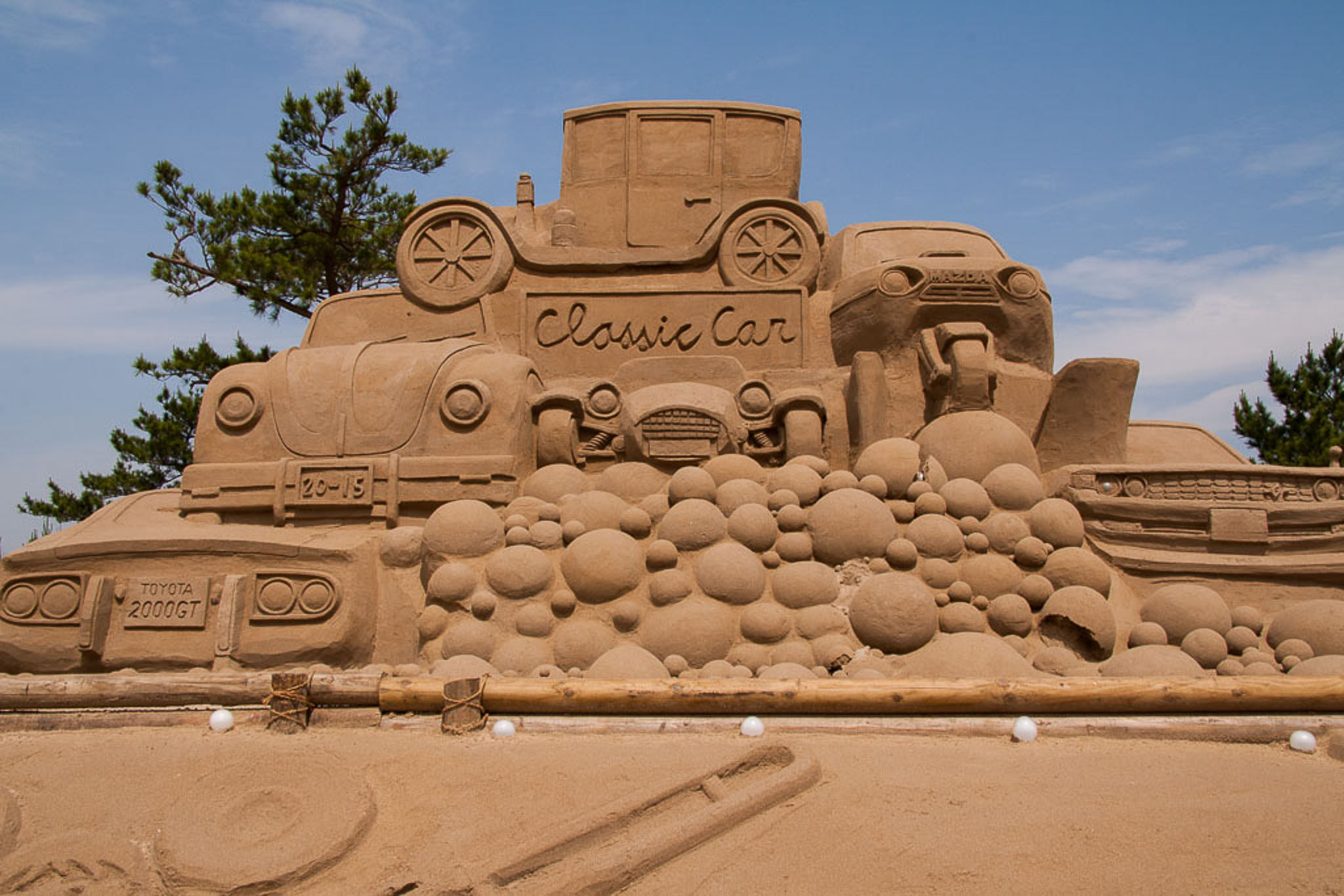 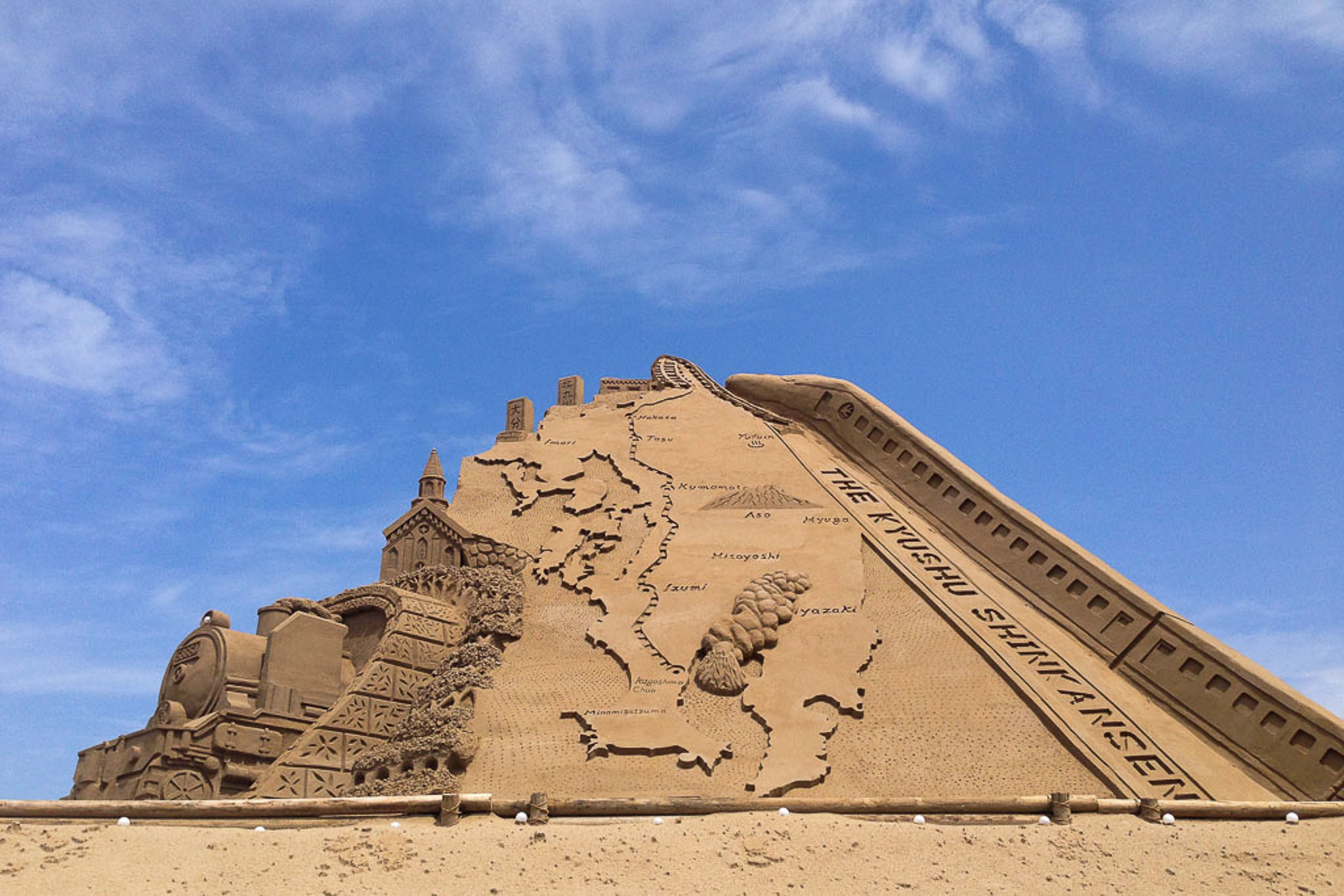 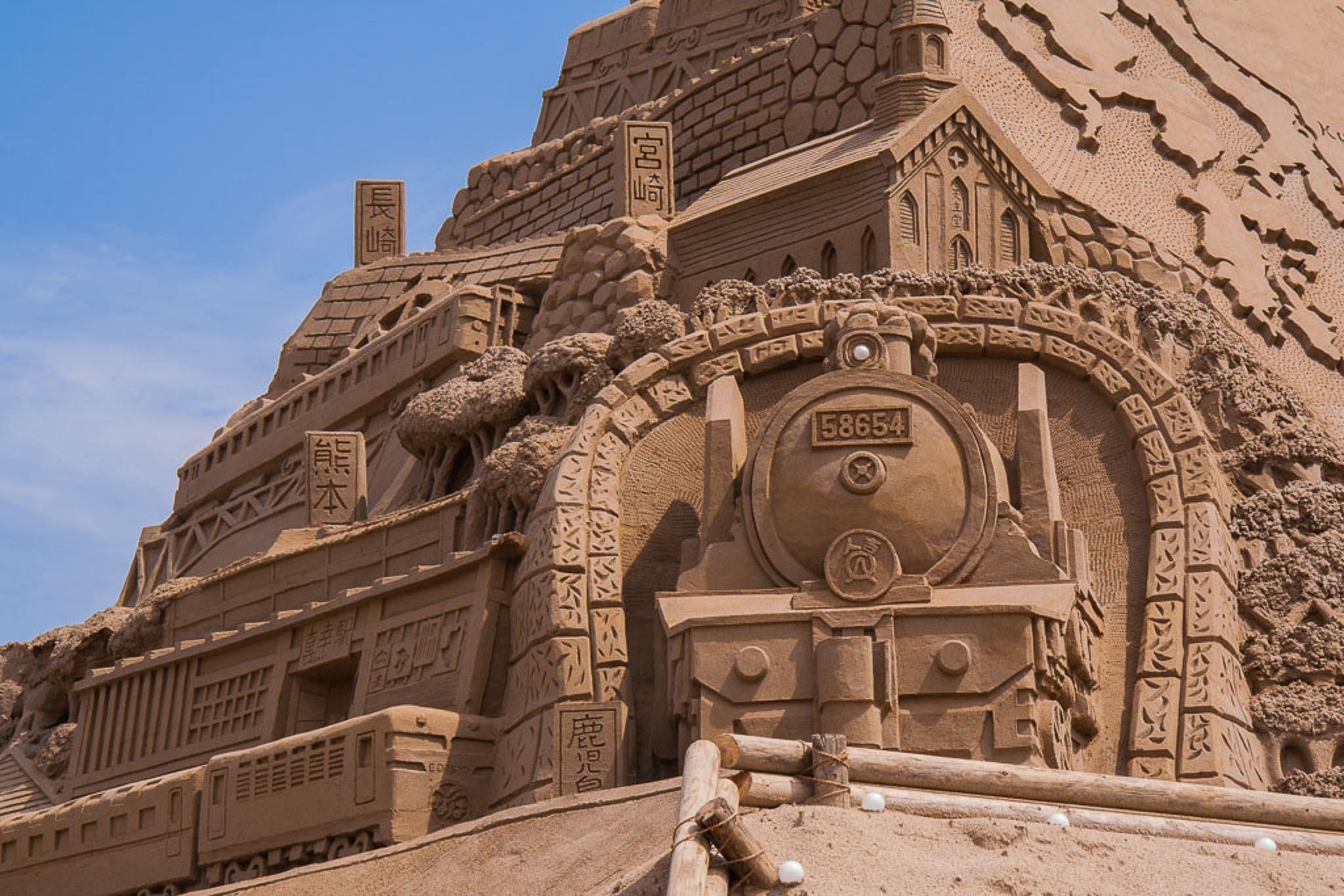 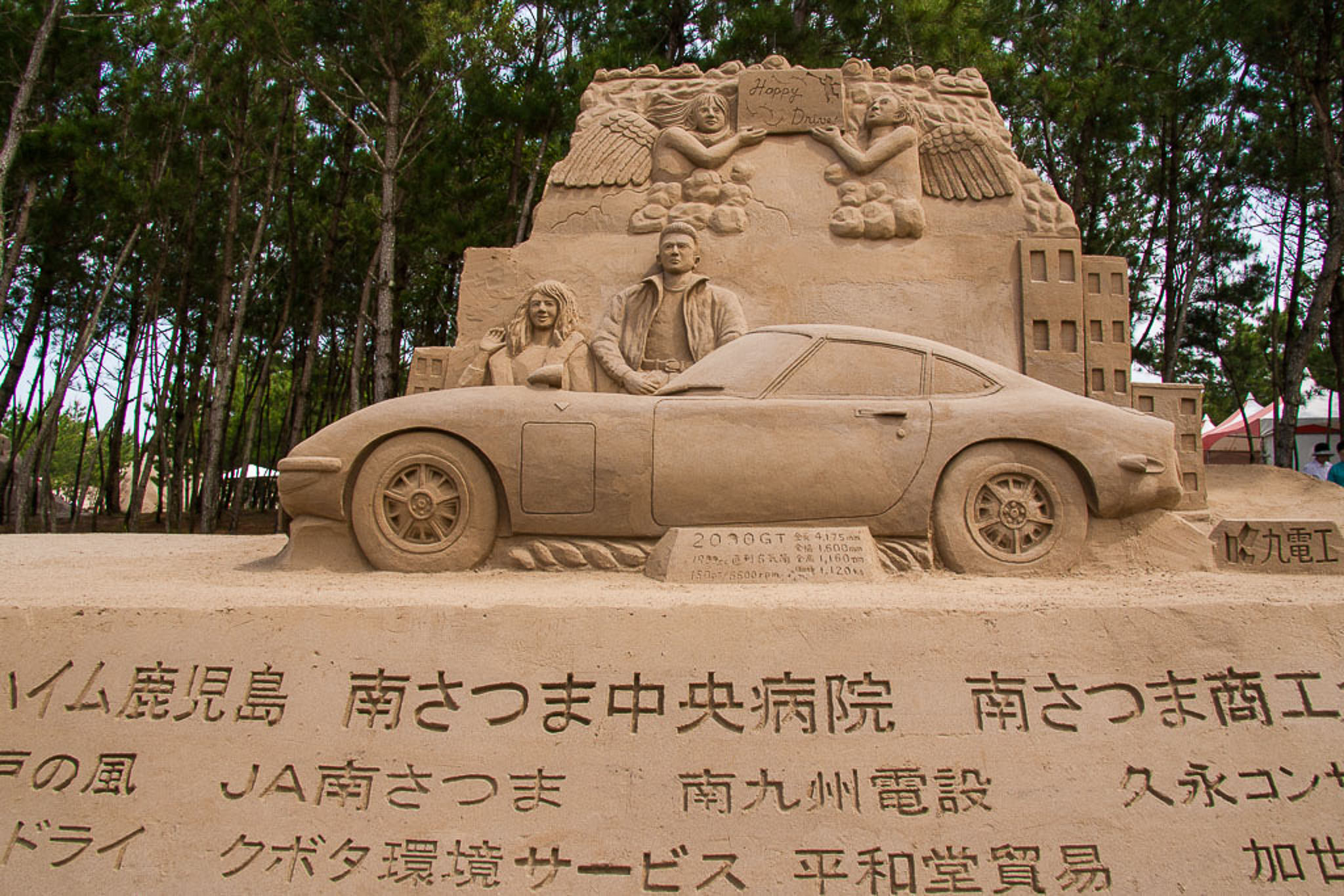 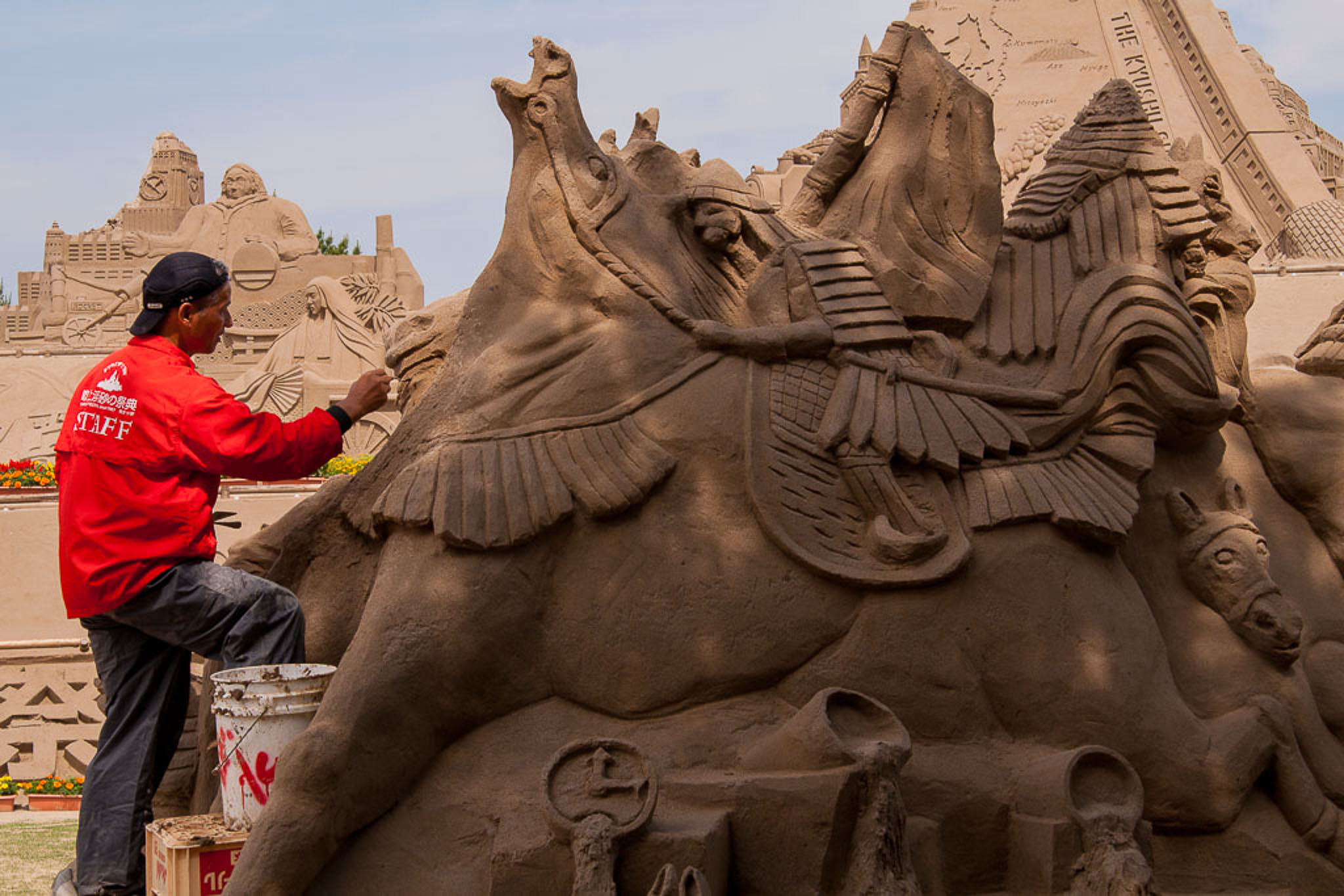 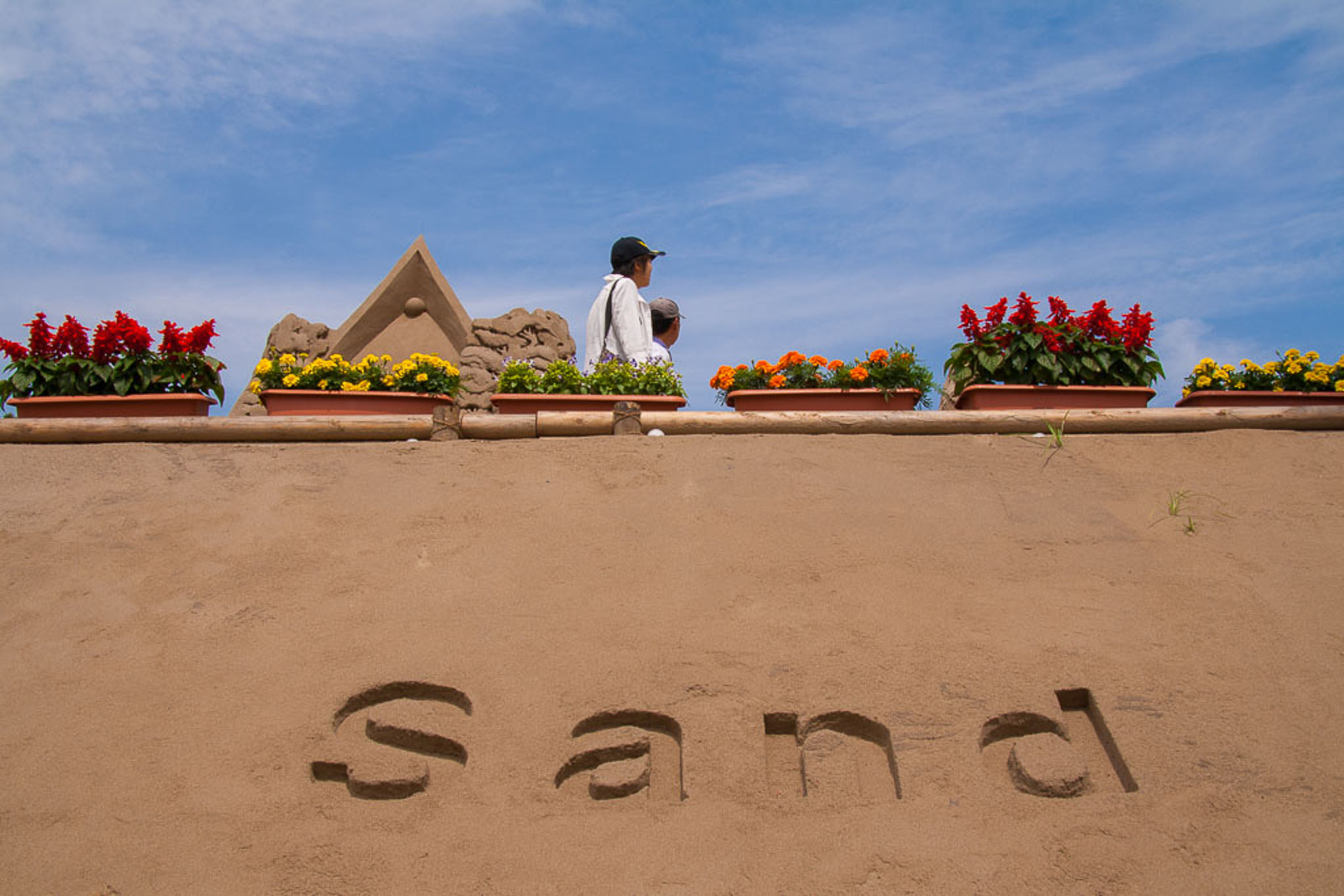 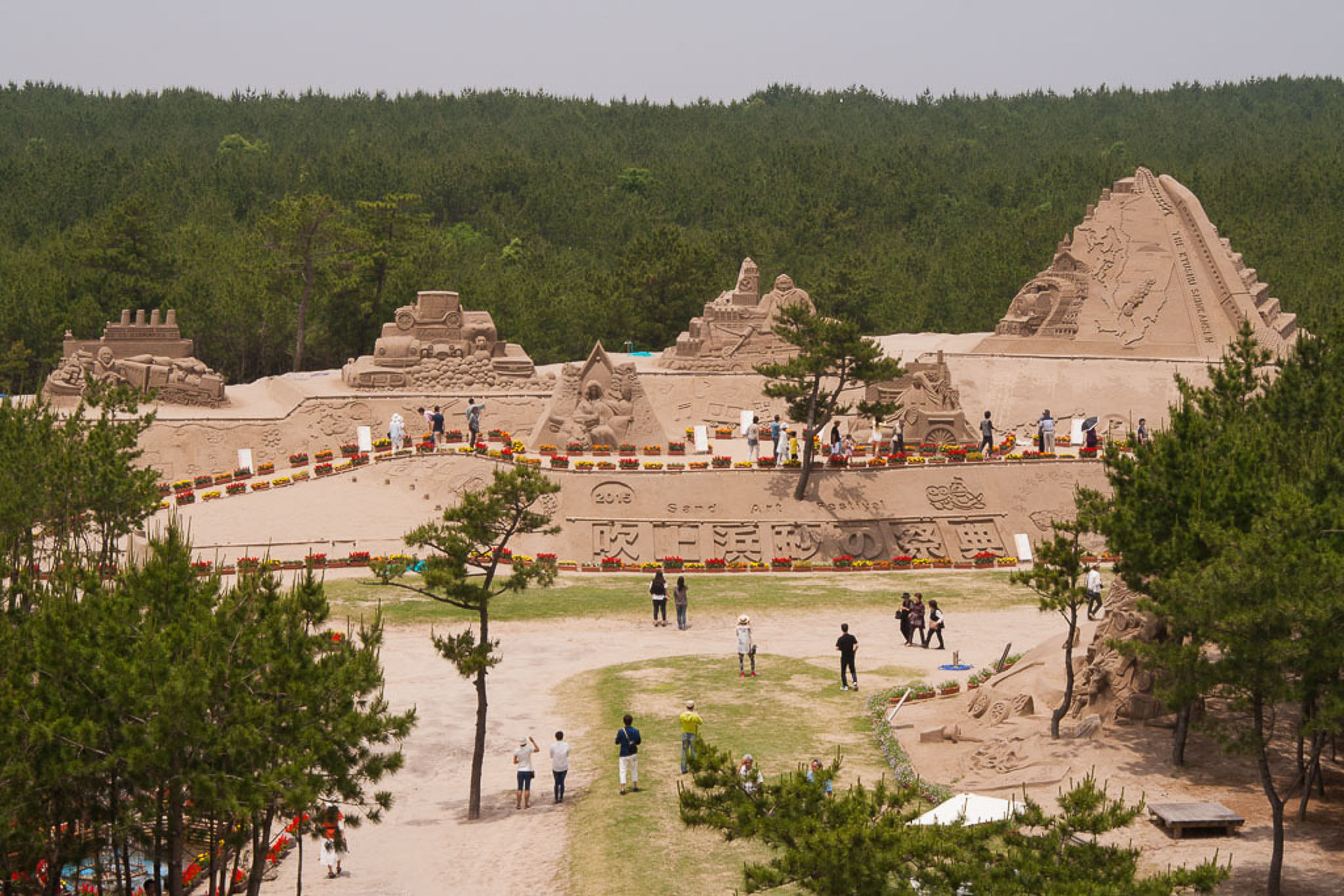