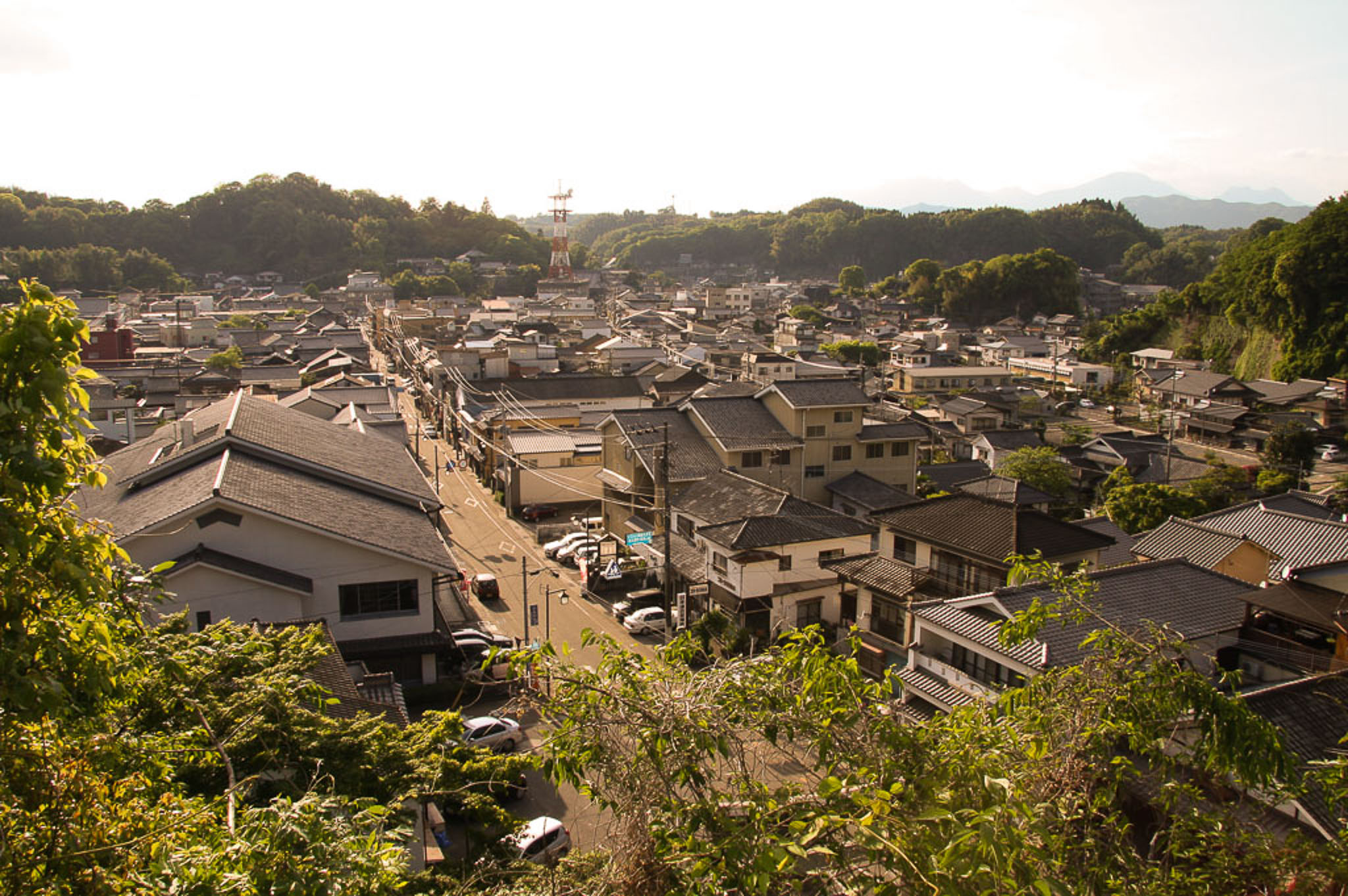 Afternoons would be my favourite time of day, I thought as I weaved in and out of the streets of Taketa town, if they weren’t so melancholic. The roads had been painted gold by the last of the day’s sun, and the afterglow was just enough to lose my mind in. Then suddenly – BUM! BADUM-BUM-BUM! – the sound of drumming yanked me sharply out of my daydream. What on earth could be causing such a commotion this late in the day? Curiosity piqued, I decided to follow it. 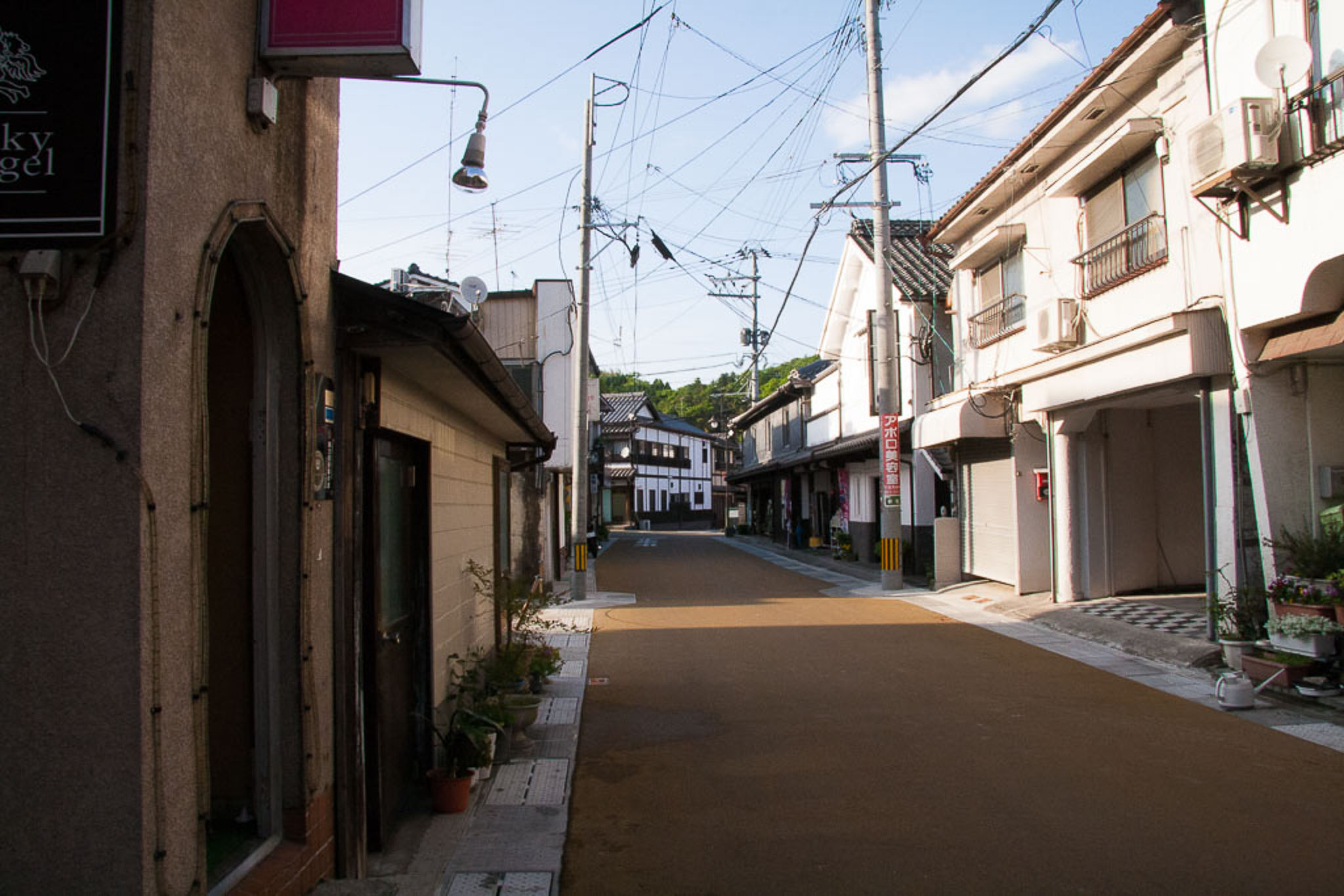 My ears led me to a small courtyard, where a crowd of people had gathered to watch the kagura dance being performed. It was a lovely little surprise that took me back to a moment when I was just a photography intern at one of Johannesburg’s newspapers. 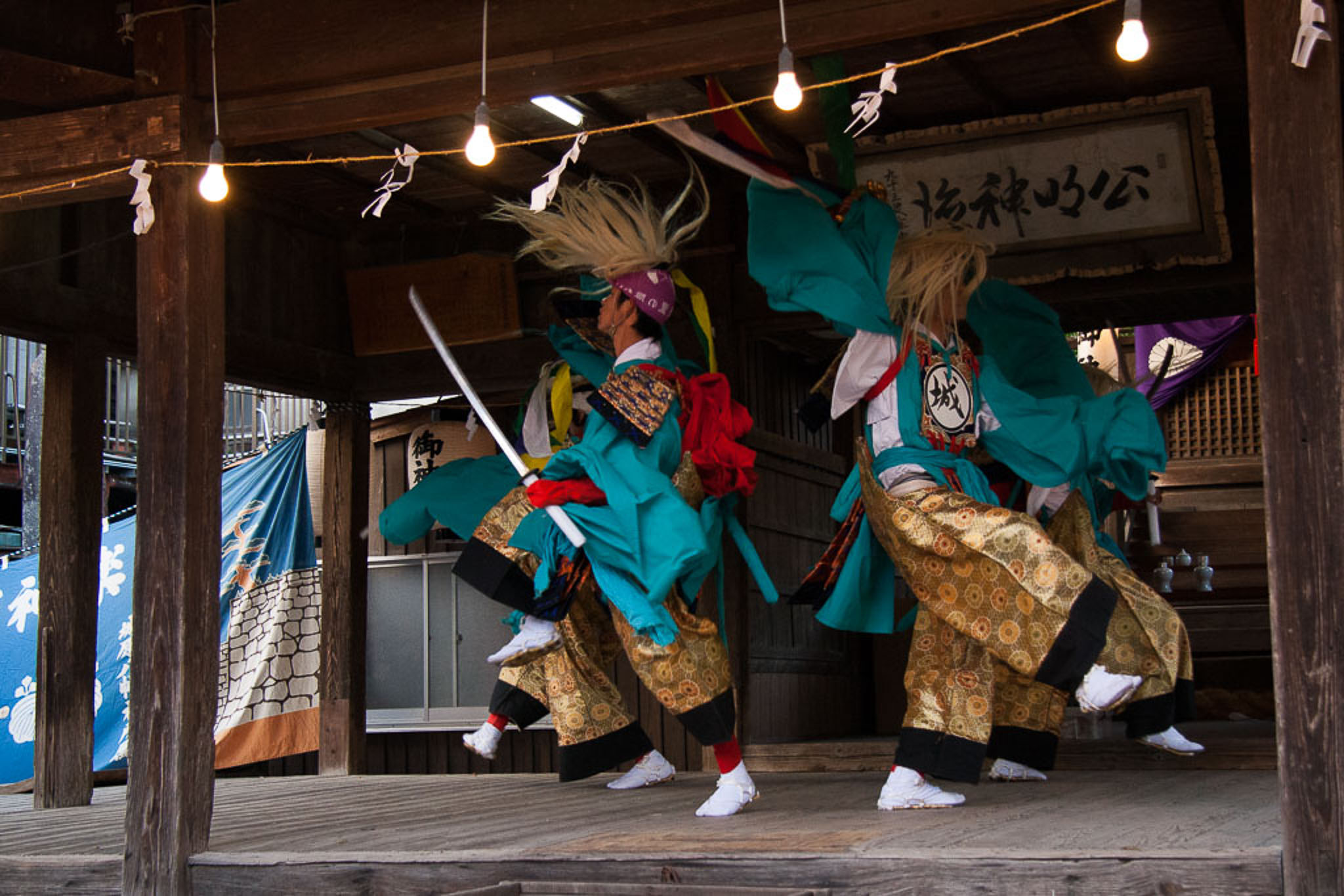 My mentor had been leading a more sheltered me around the back streets of the city center. “Aren’t you worried you’ll get mugged?” I asked, motioning towards his lens. His SLR was a cannon next to the small compact I was shooting with, and ripe for the stealing. “Ag, people don’t care about it as much as you would think,” he replied. “Come, let’s check this out!” 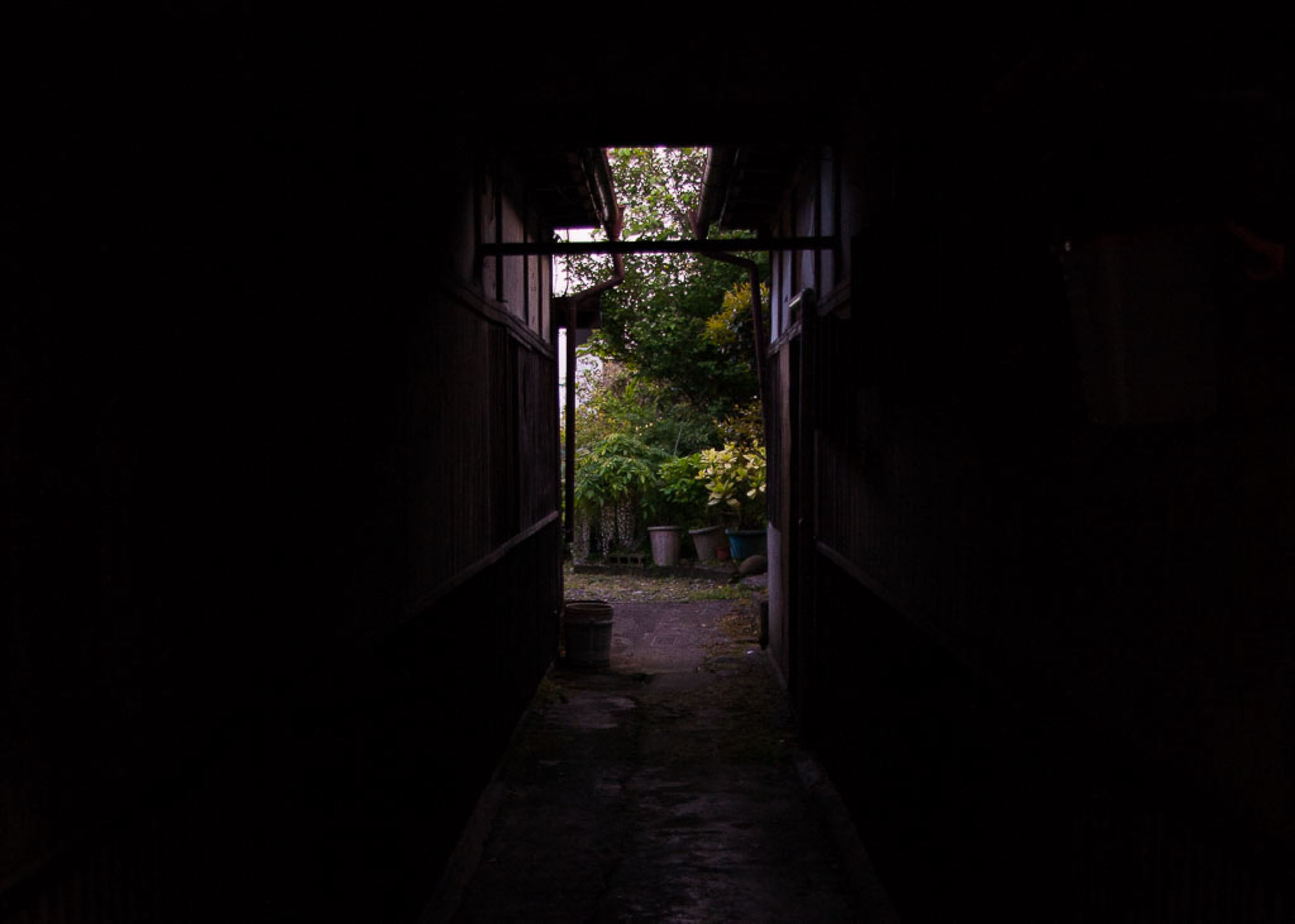 He led me down a dark alleyway that opened out into the courtyard of an apartment building. All along the stairwells, giant sheets of corrugated iron, painted with all kinds of bright colors, had been used to add entire rooms to the original building. It looked like something off the set of a theater production, and I stared up in awe. 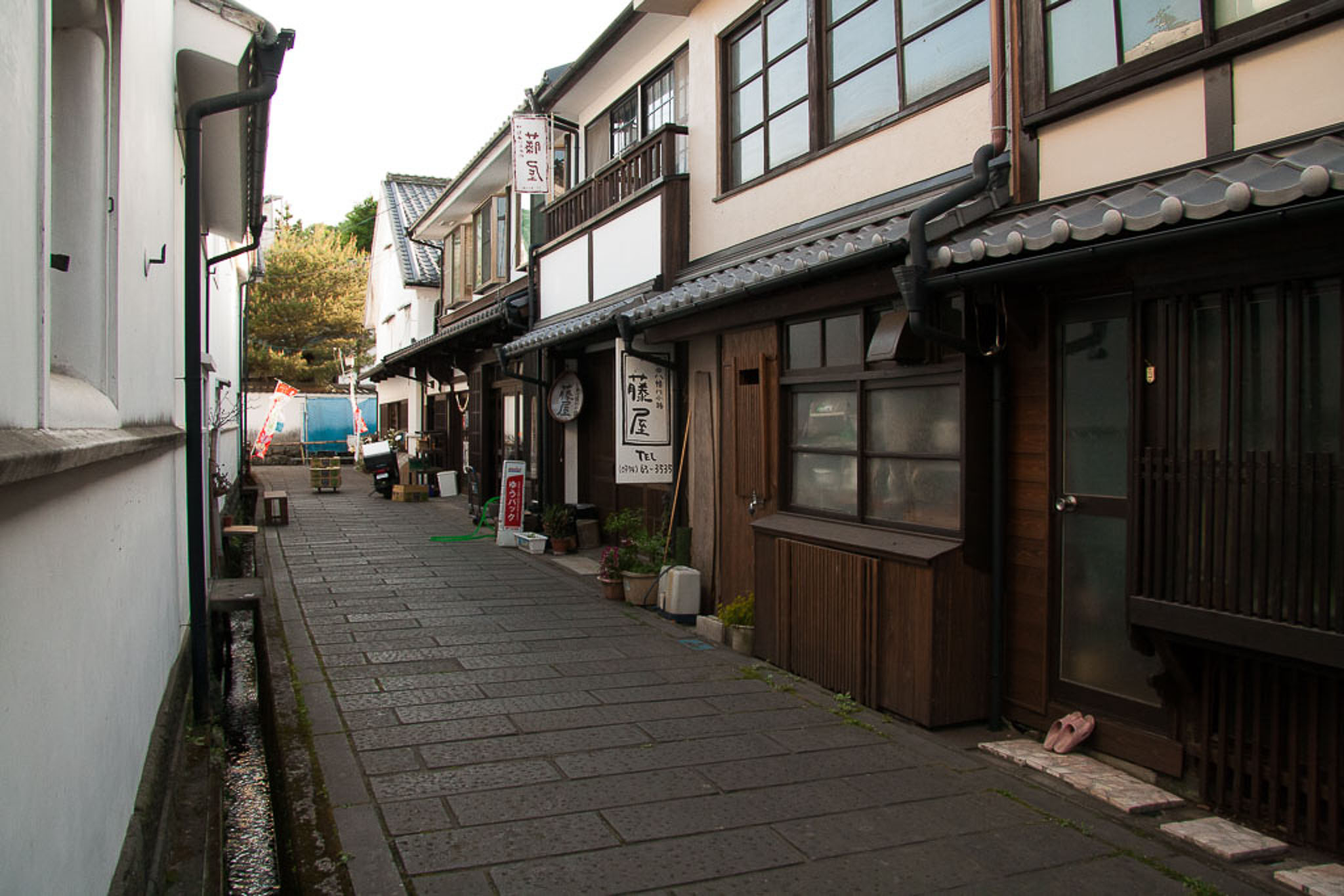 “See? There’s all kinds of stuff like this hiding in the city. If you never walk it, you’ll never know.” I understood then what a handicap fear can be for a photographer.

And now here I was, leading my own way down alleyways, and still stumbling across secret courtyards. Thank you, Thys. 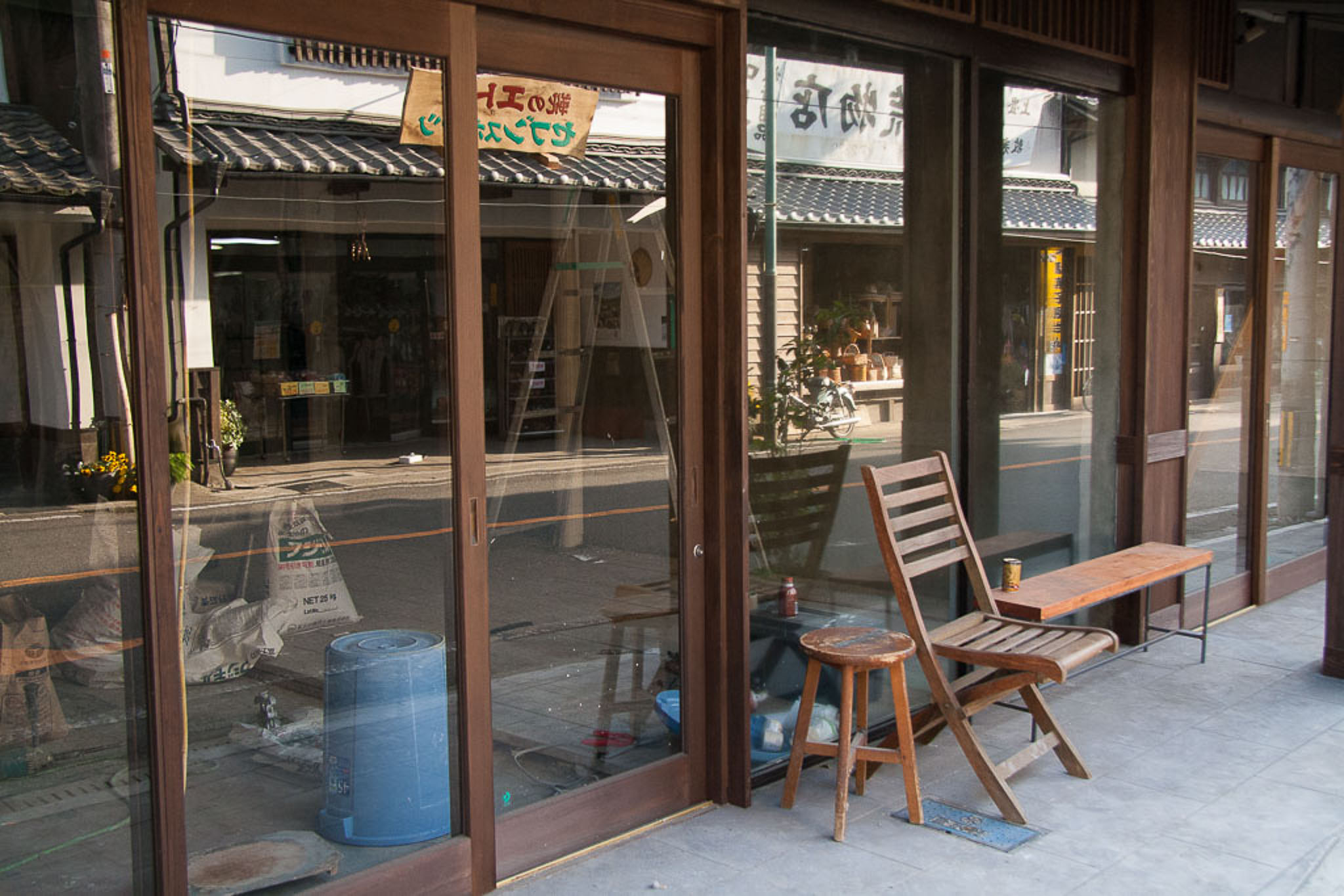 The dance performance was the end to an afternoon stroll that had taken me around to the many sights in and around the old castle town.

Back in the day, Taketa was a waypoint for missionaries travelling from their primordial post in Nagasaki to the ancient capital Kyoto. Christianity was flourishing in Japan at the time and the town, which had developed into a trading center, became home to some 30 000 Catholics. 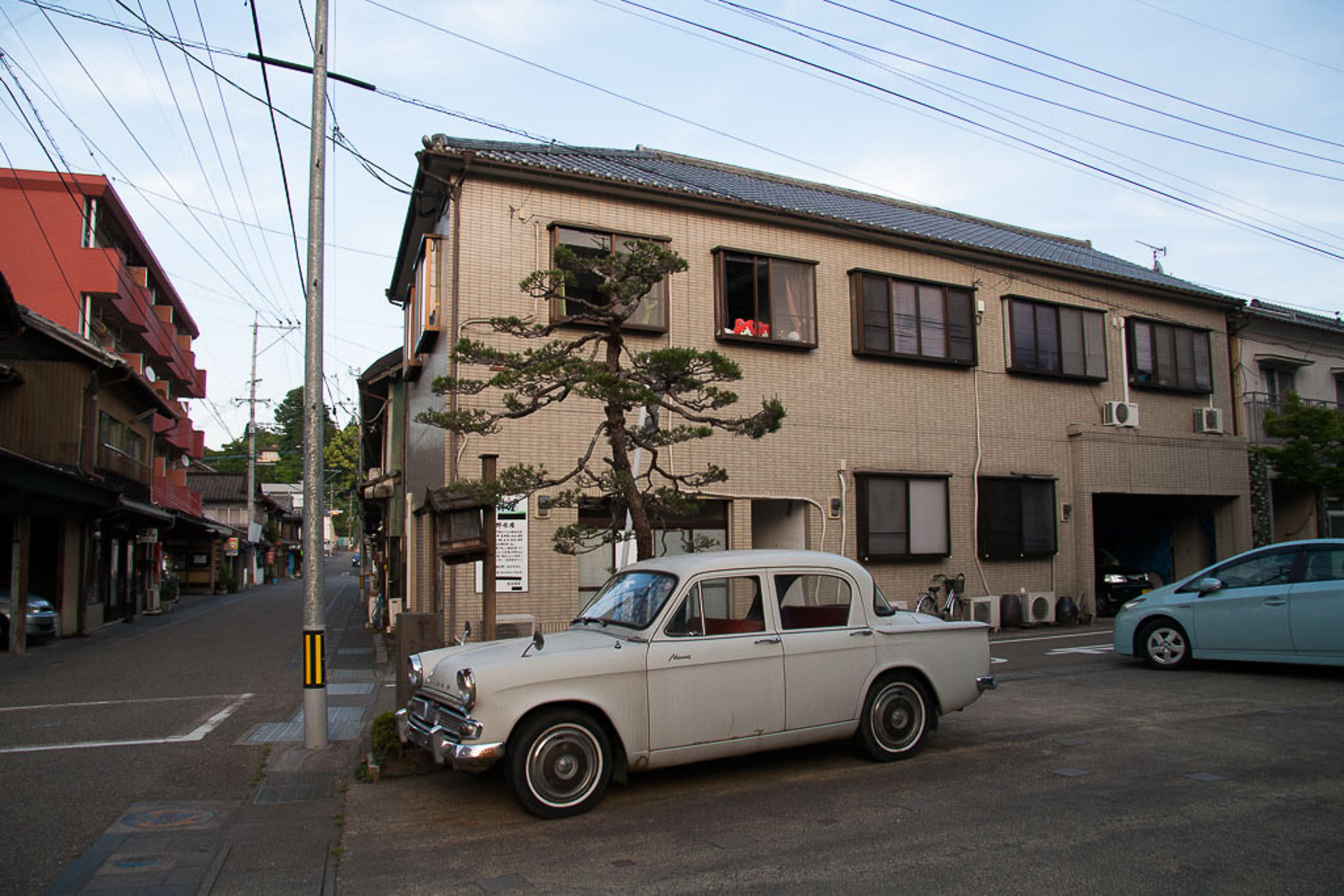 But during the Tokugawa Shogunate’s campaign to eradicate Christianity from Japan in the 17th century, followers had to renounce their faith or face persecution. Many people took to the surrounding forests to worship in secret.

To date, 8 catacombs have been found in Taketa’s forests, and one of them was just a 3-min walk from my hotel. 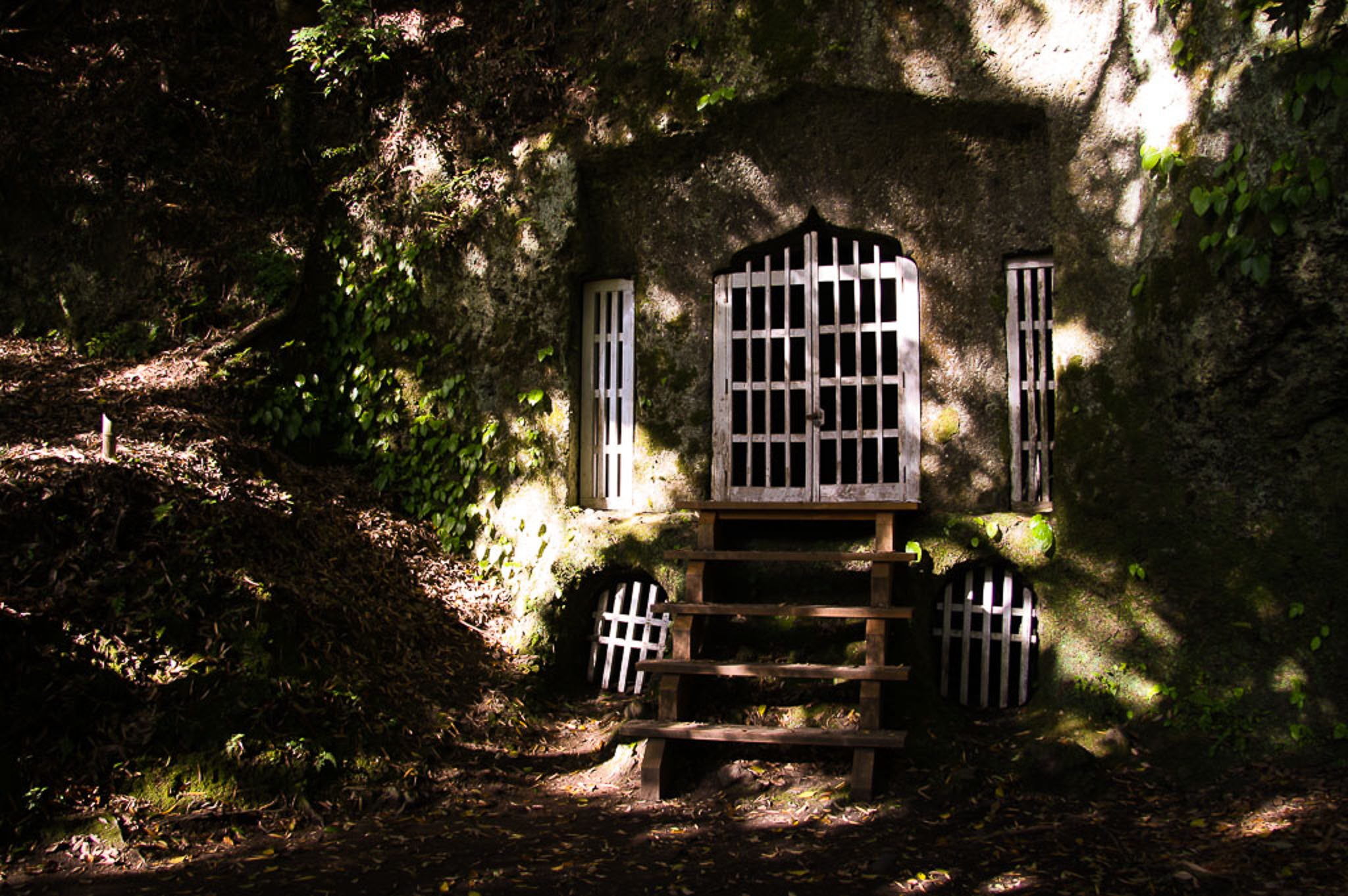 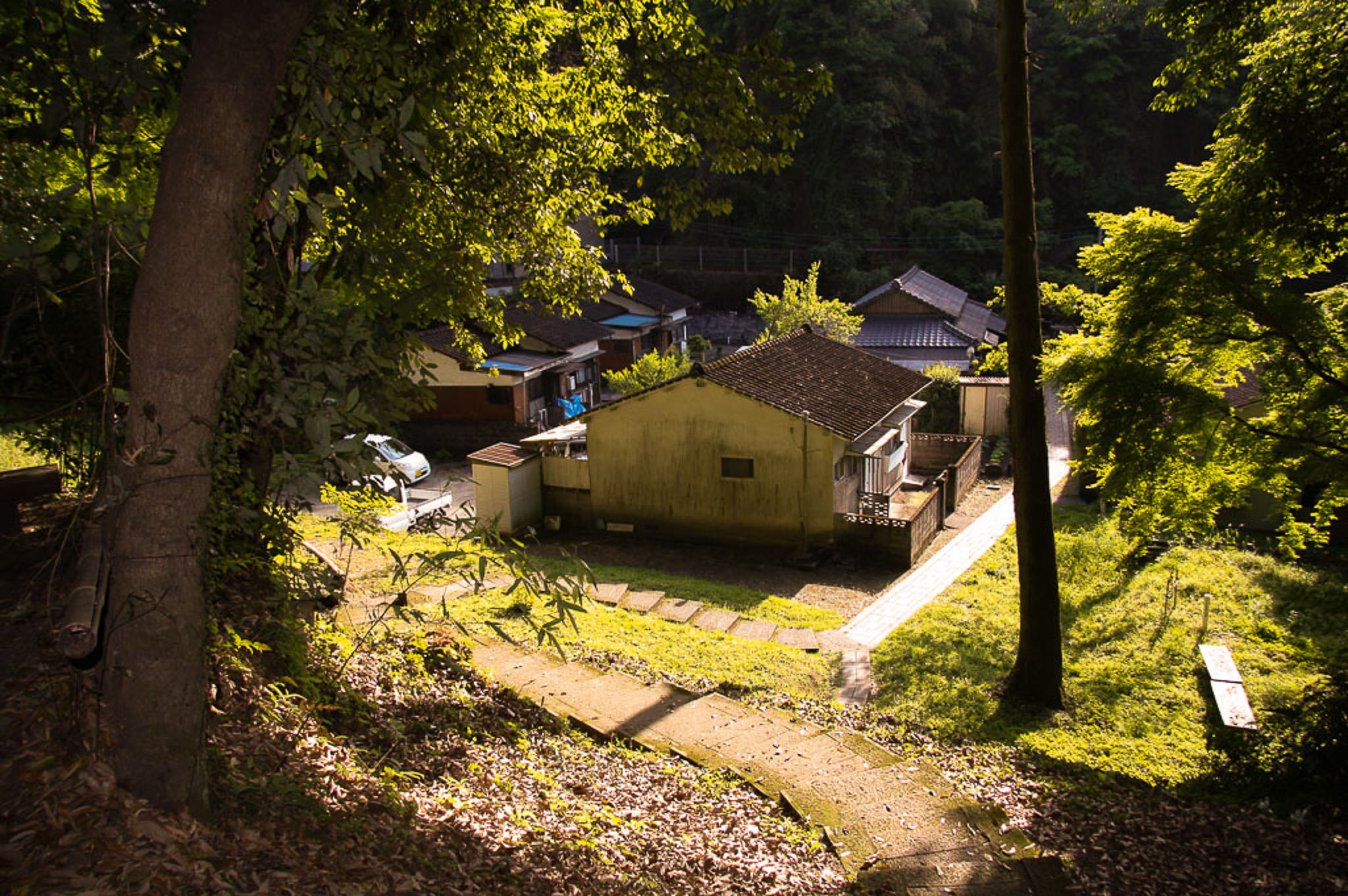 While cave chapels have existed since the beginning of the church, the Christian Cave Chapel, as it is known, is particularly special because it was hand-carved out of the volcanic rock of the mountain side. It sits beside a natural cave, where the followers would have gathered, and there is a water source nearby, which would have been used for the sacraments.

There wasn’t much much else to see around the hillside, and so after snapping a few photos, I headed back to the road. I came across a large staircase, leading up to Hirose Shrine. At the top, I found an impressive view of the town. 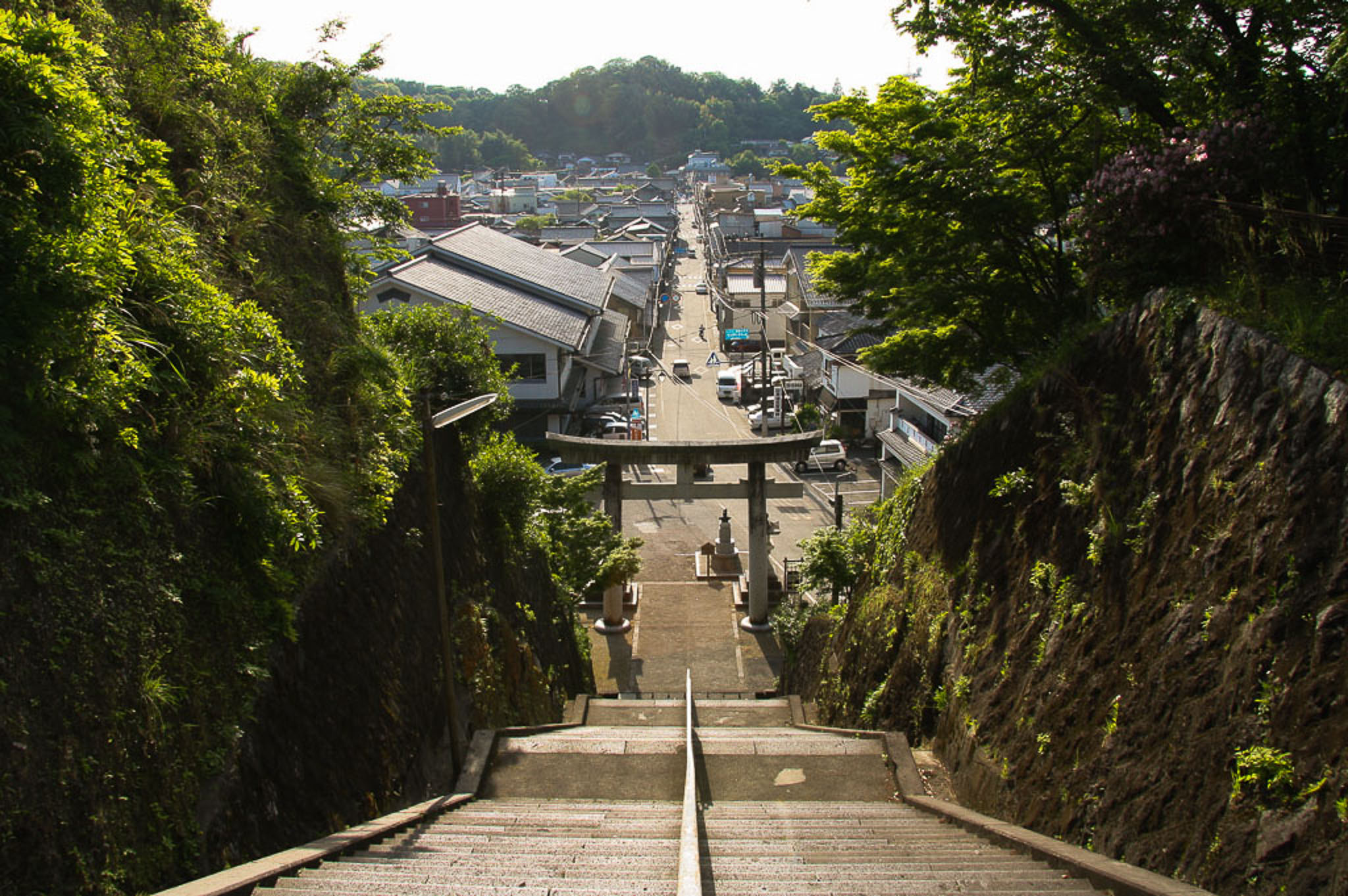 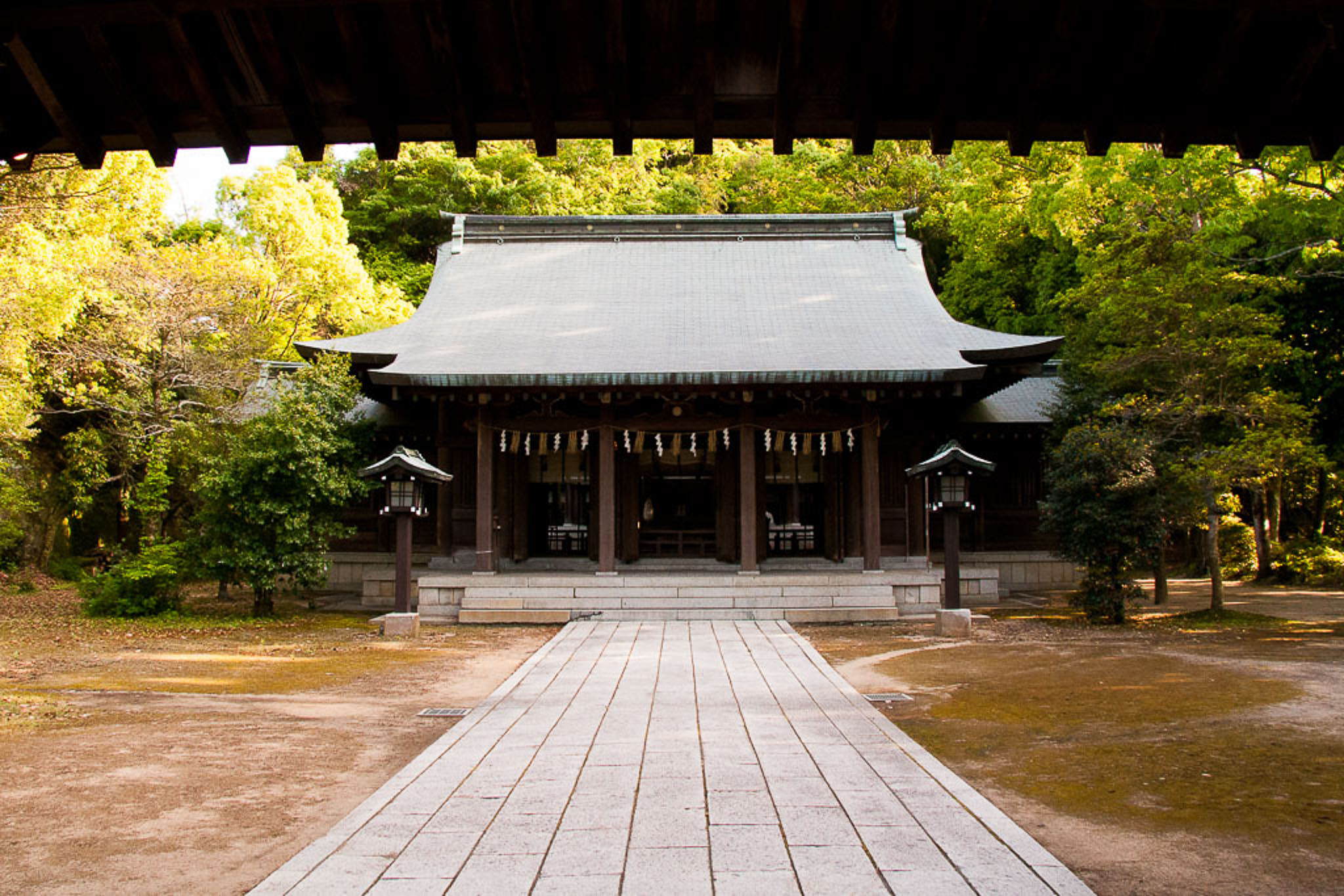 The Shinto shrine is dedicated to the ‘military god’, Takeo Hirose. Although very much a mortal, the naval officer, Russian scholar, and Taketa native is remembered for his heroism during the Russo-Japanese War of 1904. He was posthumously promoted to commander and became a deified war hero. 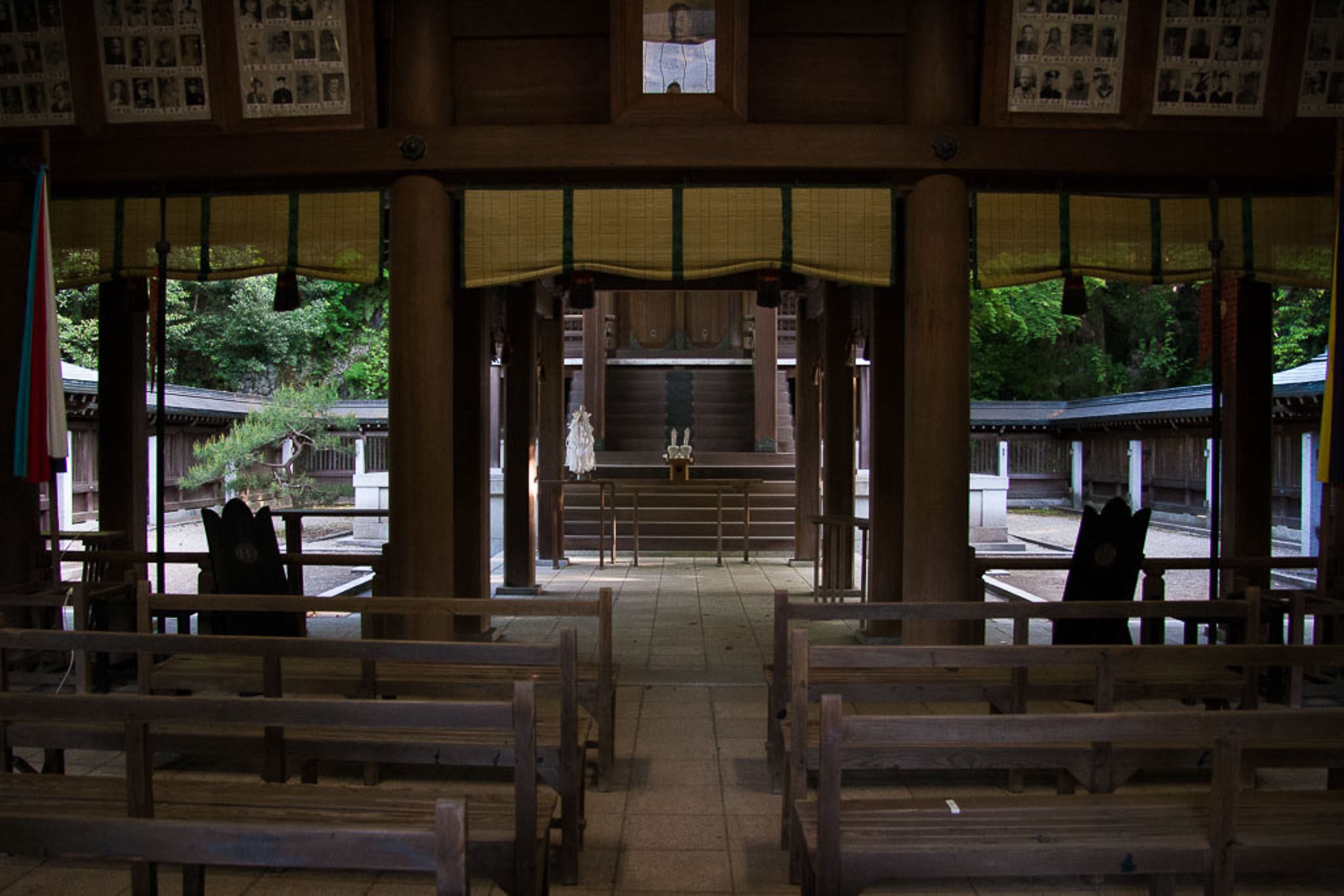 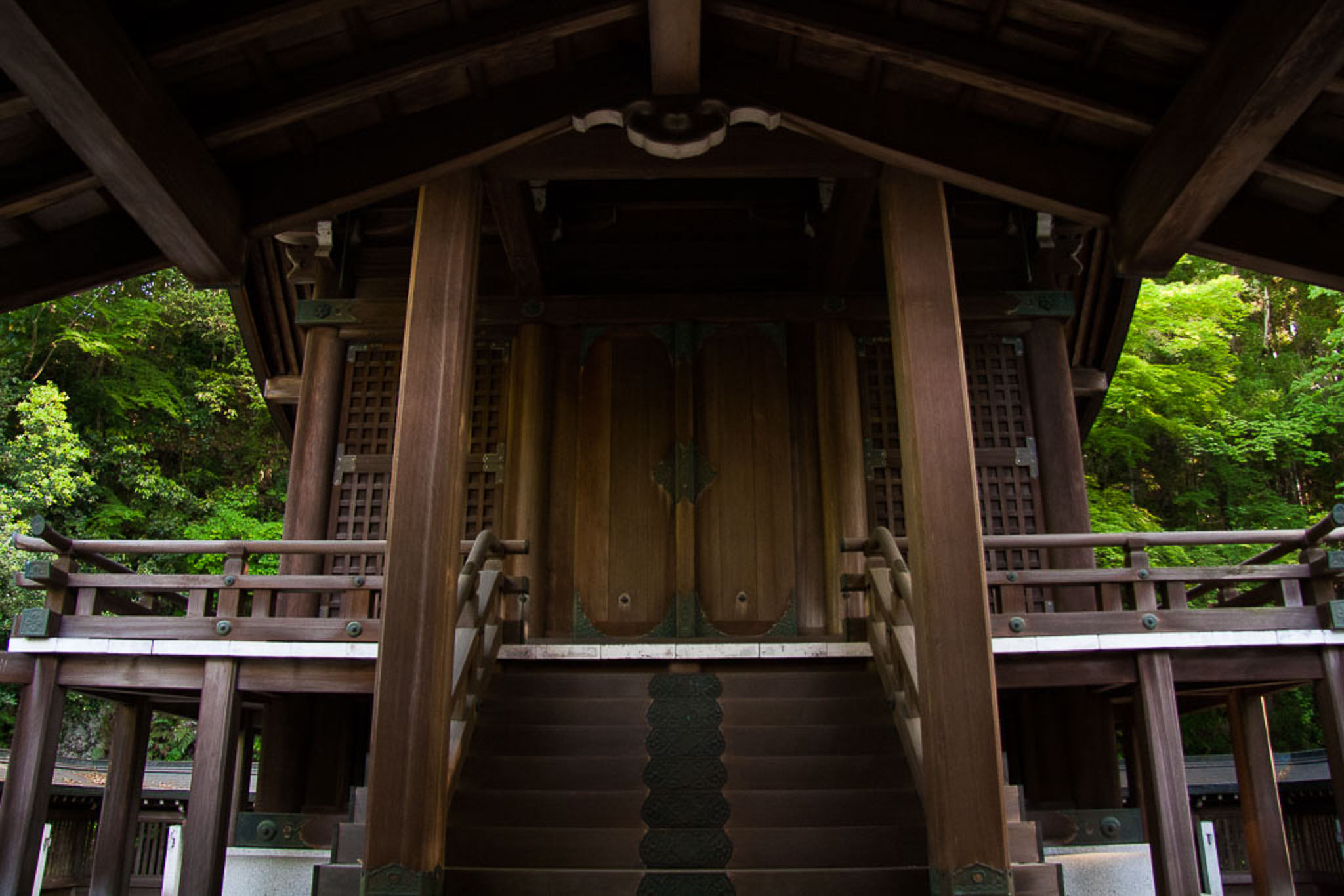 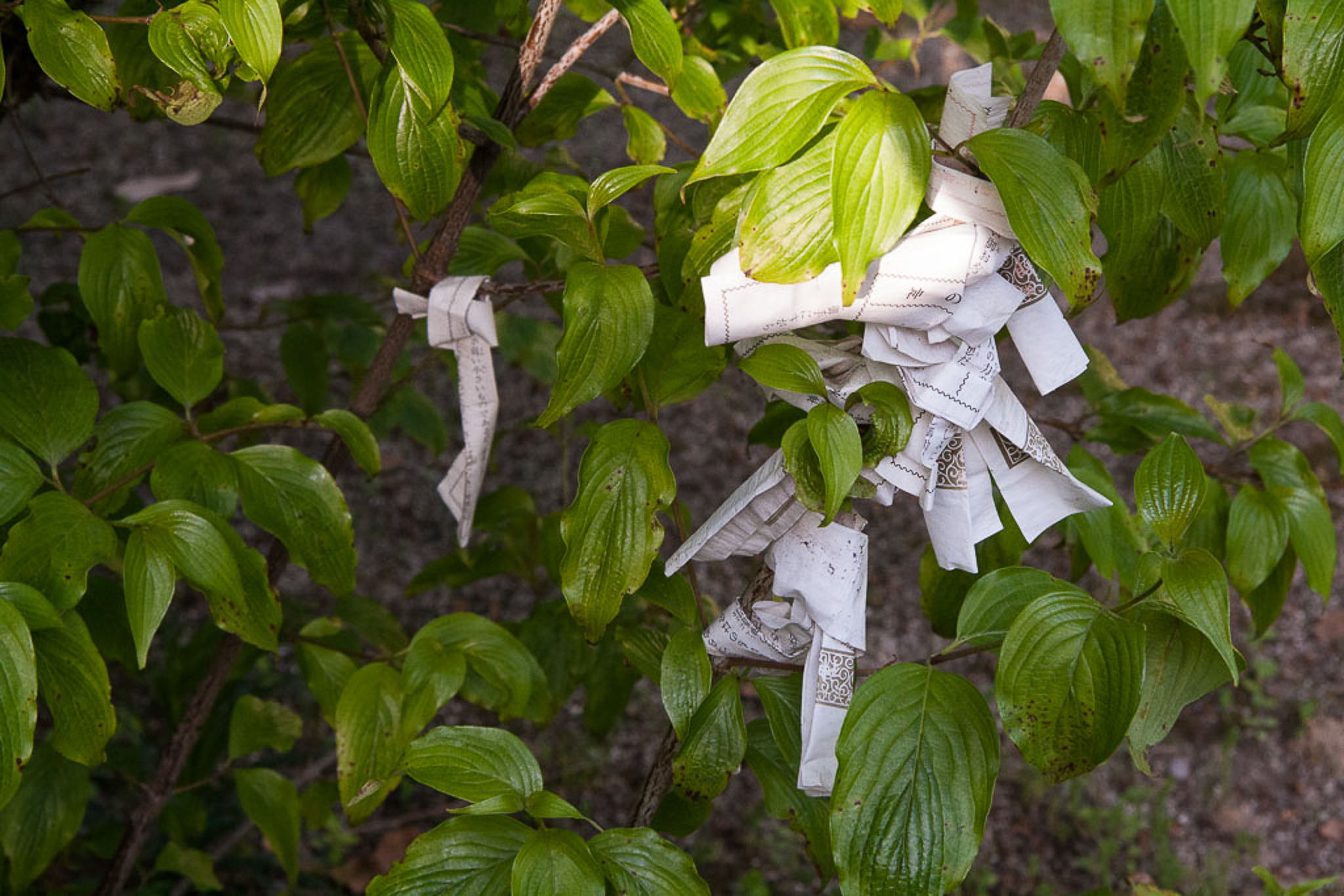 I had read about 16 Buddha statues that guard the entrance to Kannonji temple, so I nosed my way there next. But when I arrived I was disappointed to find a giant communications tower looming over them. It kind of ruined the atmosphere a bit. 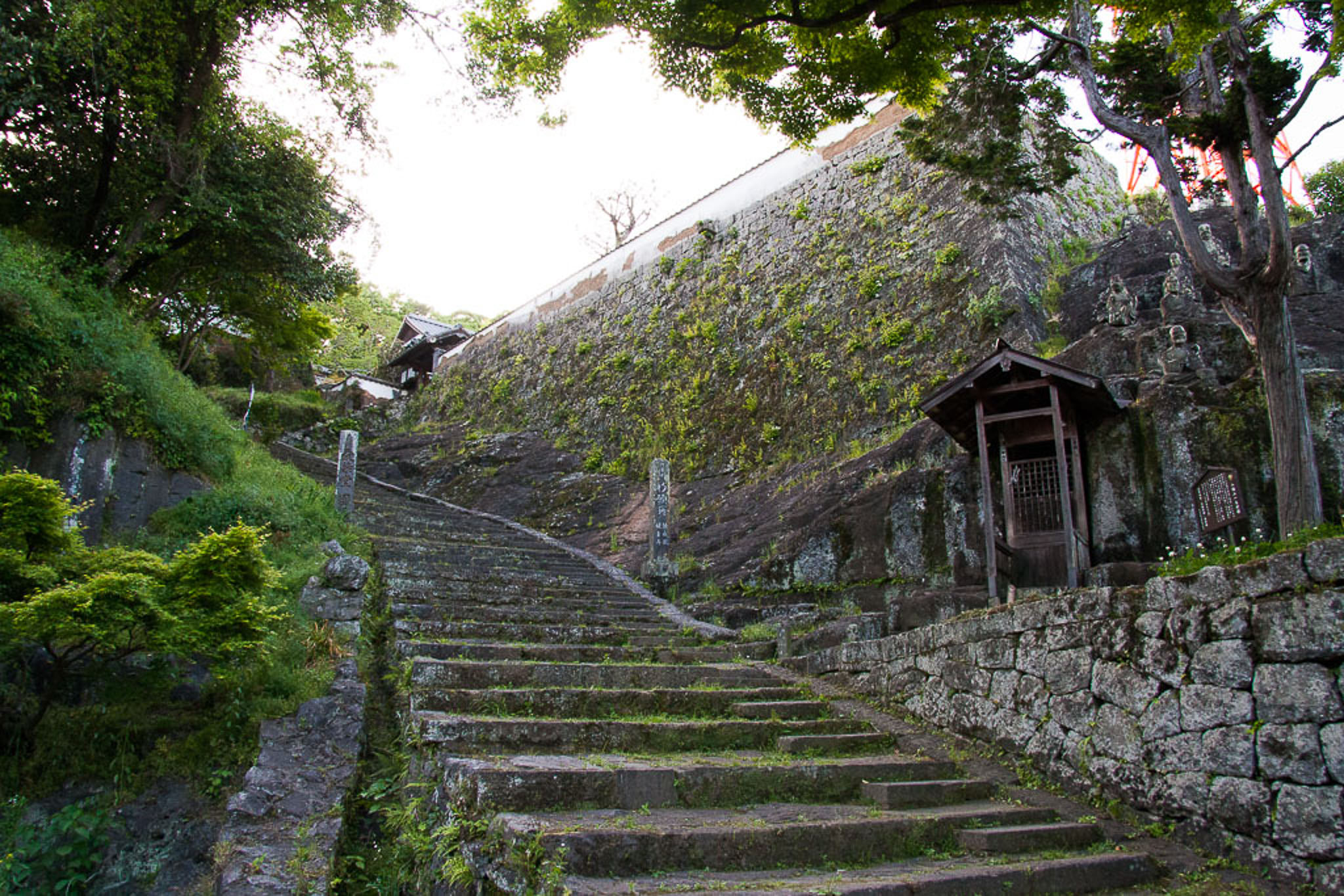 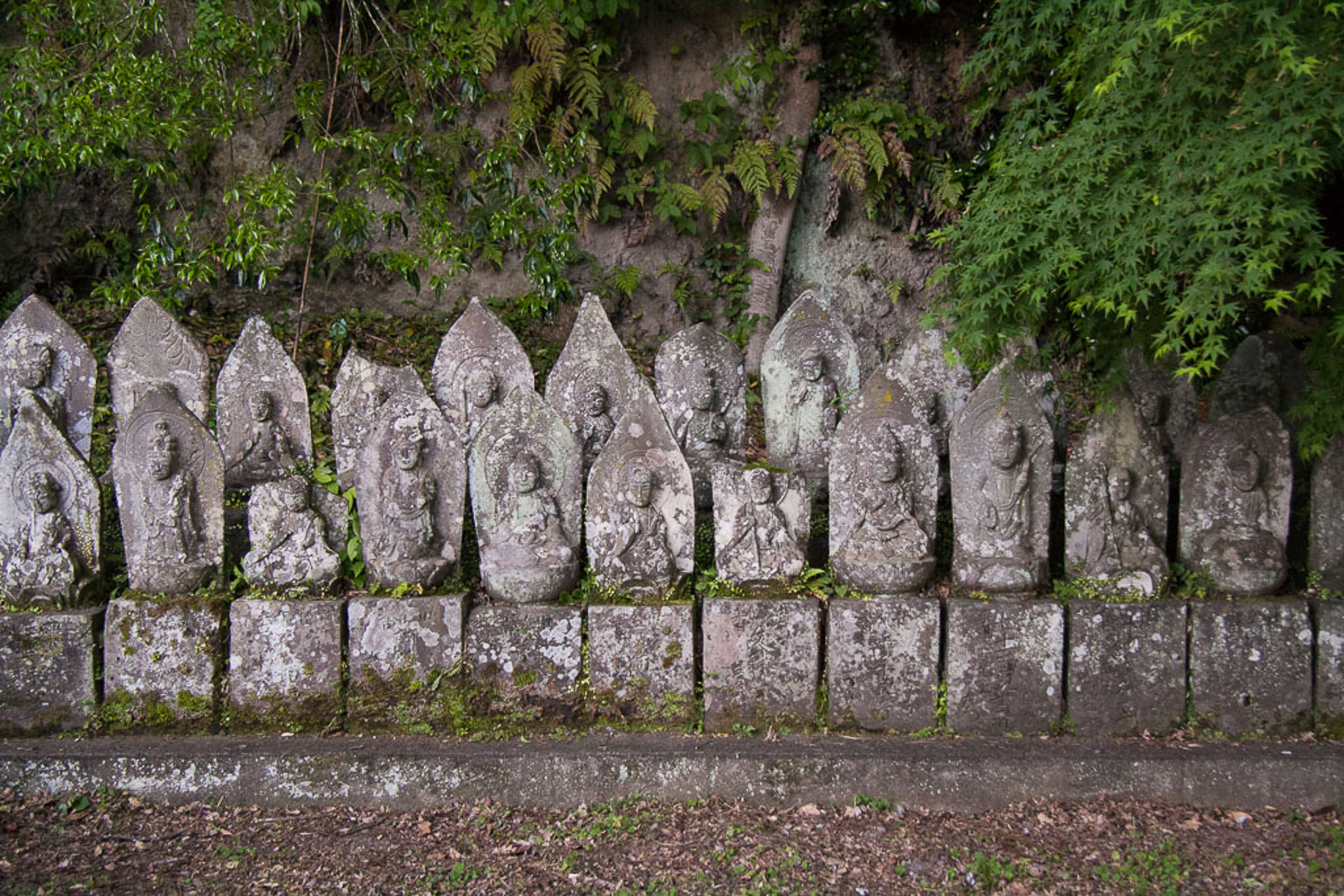 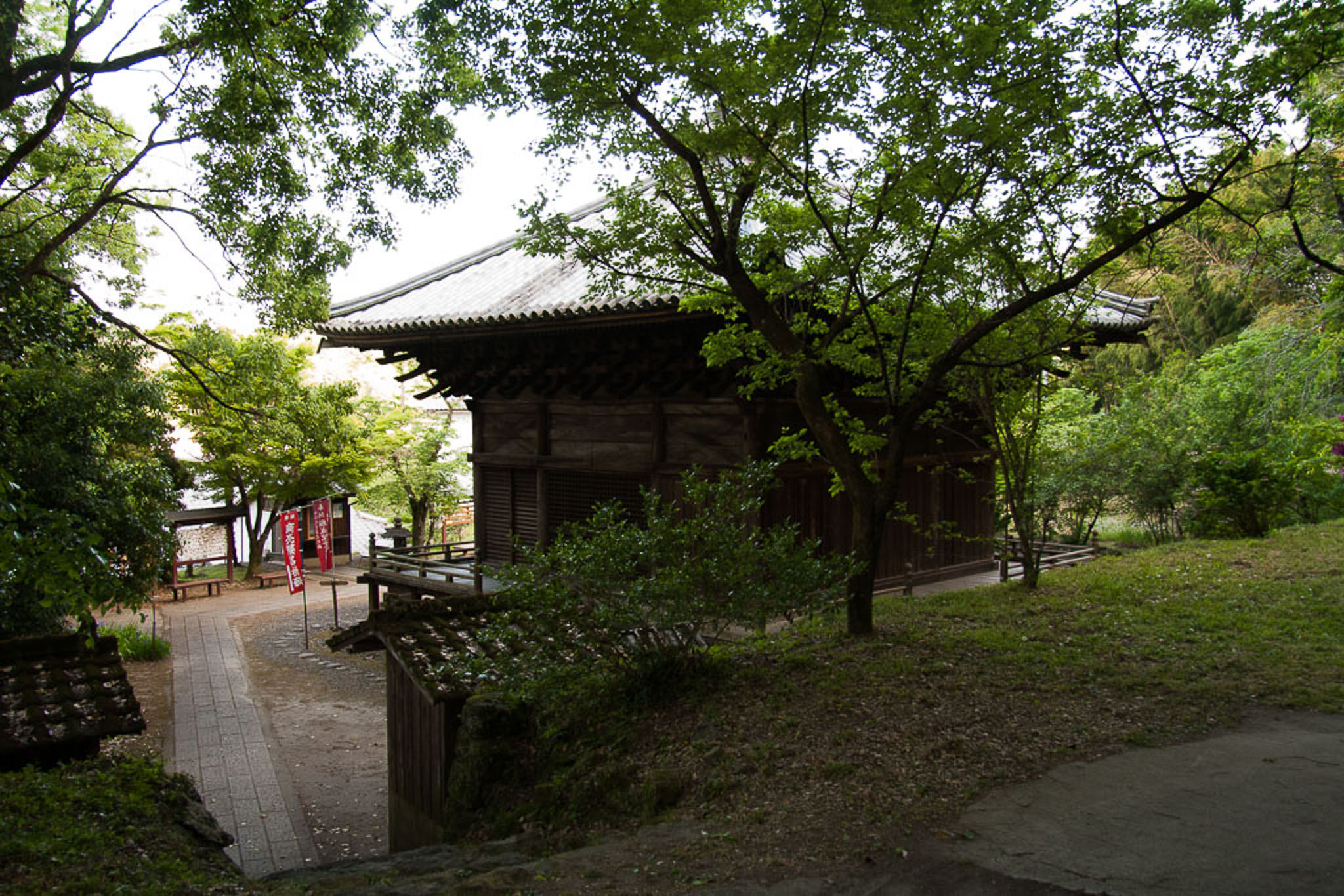 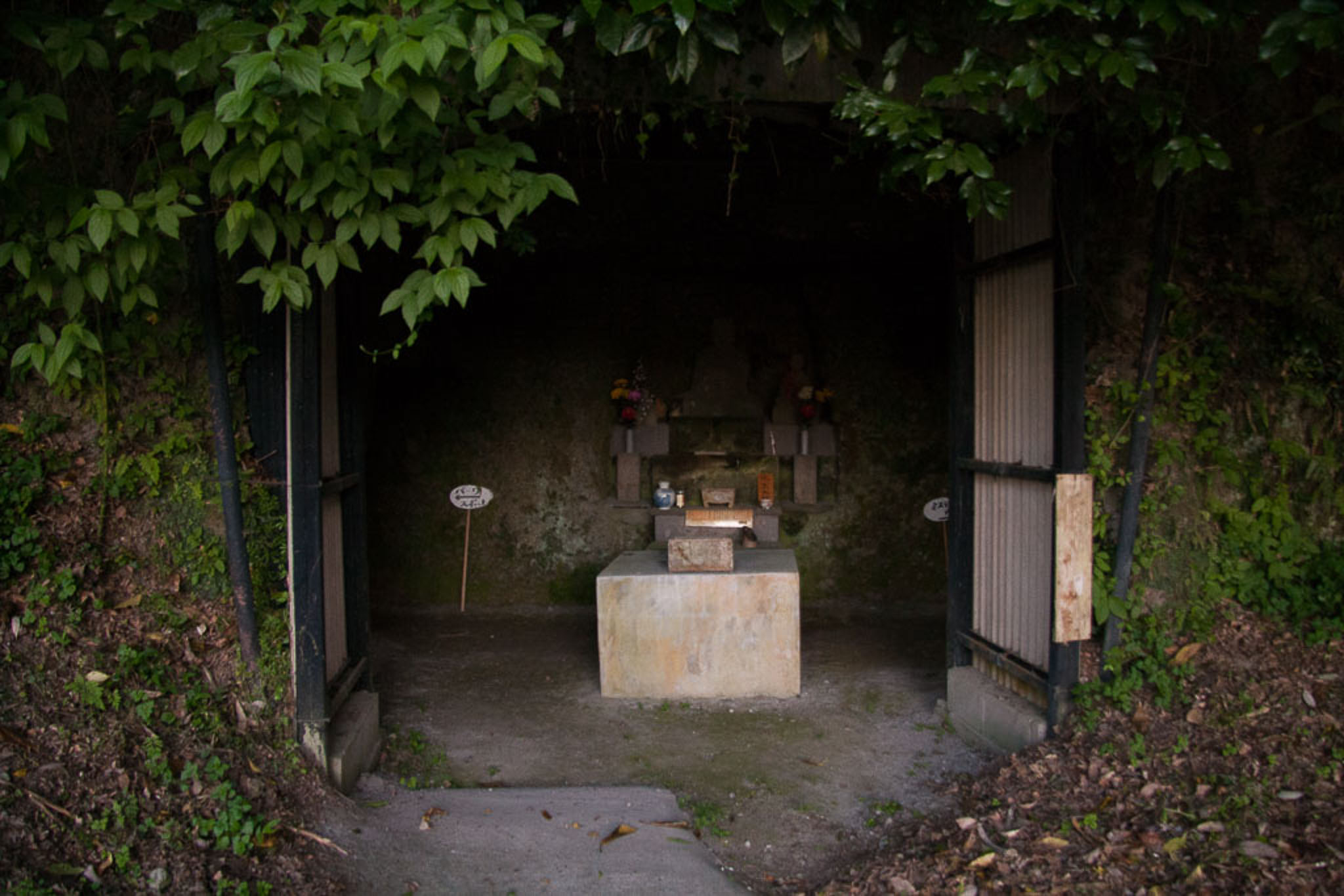 I  wandered through the grounds anyway and found another row of Buddha statues and a cave in a small hillside, and mused about it being another chapel. I followed a path into the forest that led me down the other side of the hill and  onto the road across from the Inaba River. 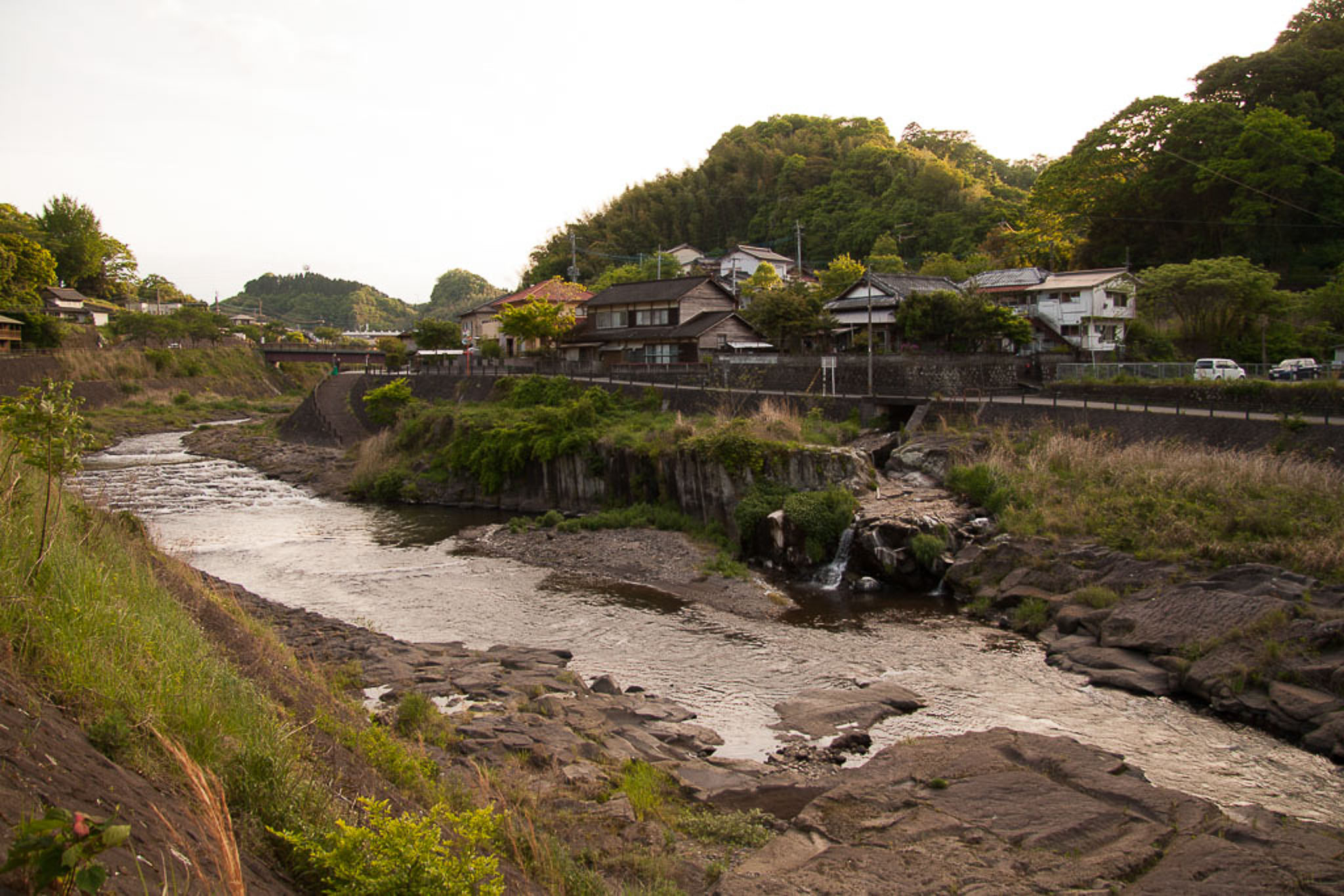 And that’s when I heard the drumming that led me to the dance. I stayed until it got dark, and then went off in search of food. 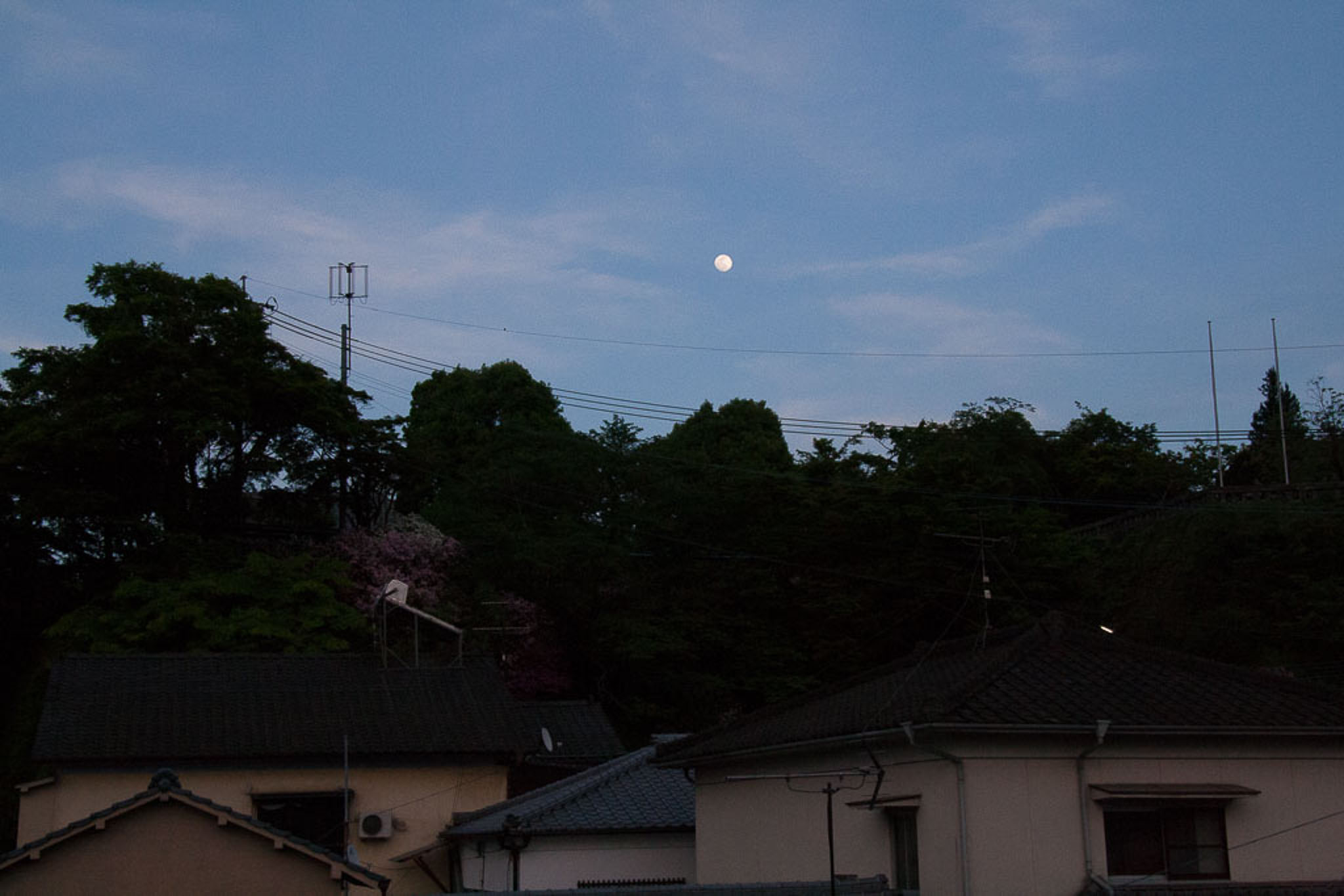