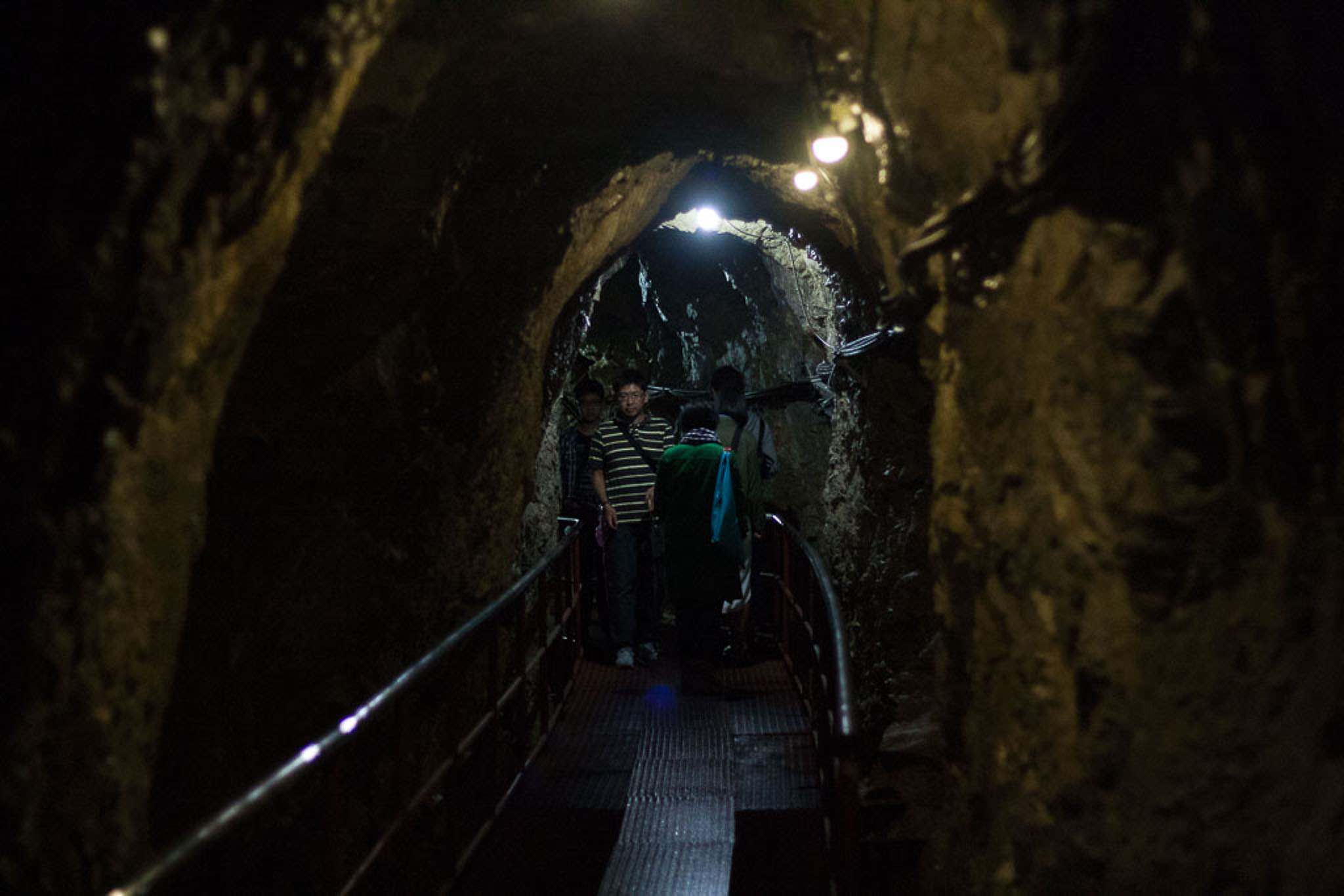 Nature in Japan seems to manifest itself completely at odds with the order and structure of its society; vegetation swallows everything that stands still for too long, bugs and insects grow into caricatures of themselves, and the earth erupts and quakes at its will. But of all the islands’ natural wonders, it is the forests that fascinate me the most.

It is where the Gods are believed to have lived, where priests sought refuge from persecution, where people stillgo for spiritual guidance (and, rumour has it, where they grow spiritual guidance), where they abandon their belongings, and sometimes their lives. The forests are full of secrets, and in the mountains of Bunganoo, they keep one more: the Inazumi Underwater Cave. 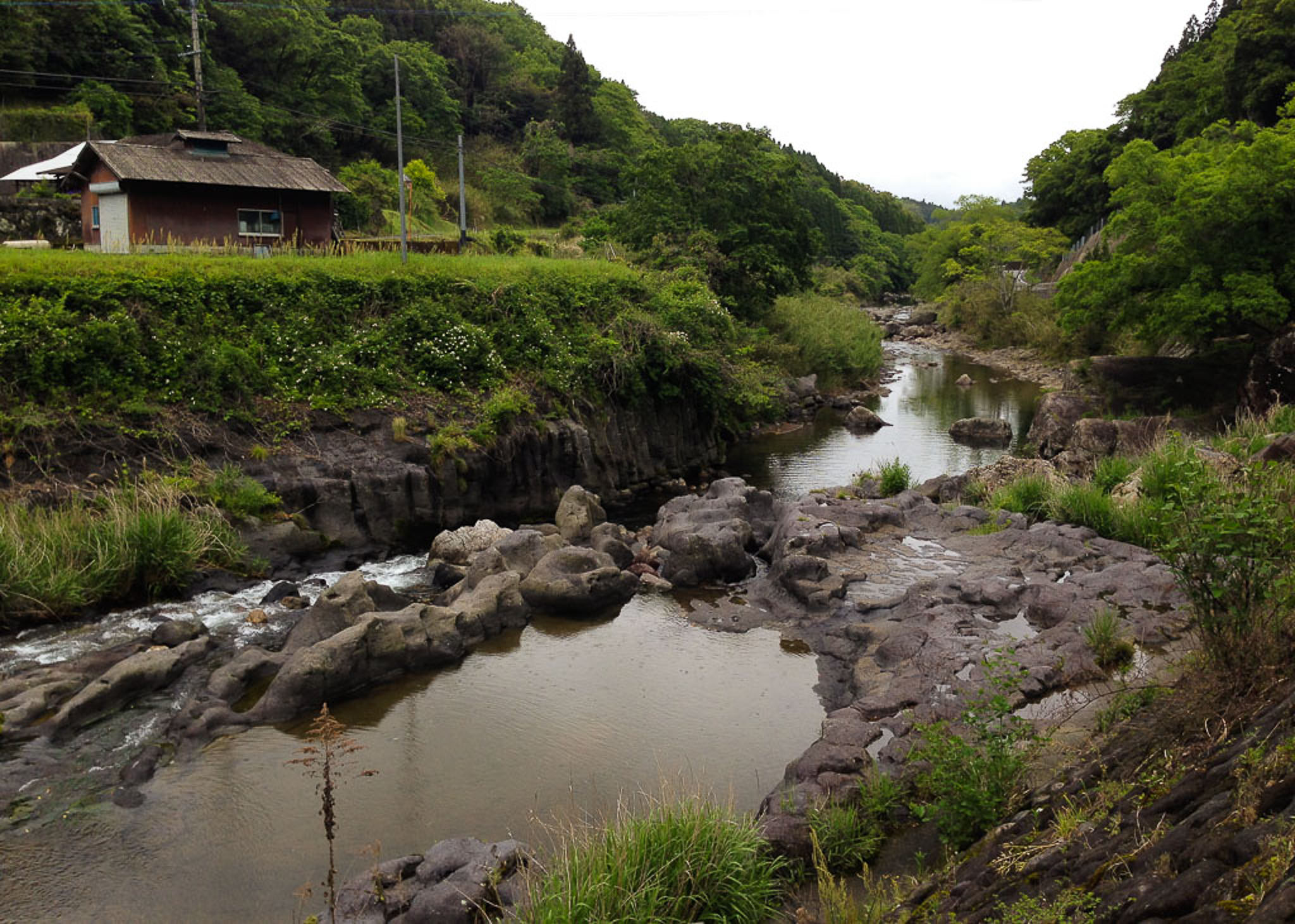 At the end of a narrow, winding, mountain road, it’s a little off the beaten path. Getting there takes a car and some patience, especially in the rain. I found myself squinting into safety mirrors and swerving away from gaijin traps.  When I reached the parking lot, only a few other people had braved the drive. 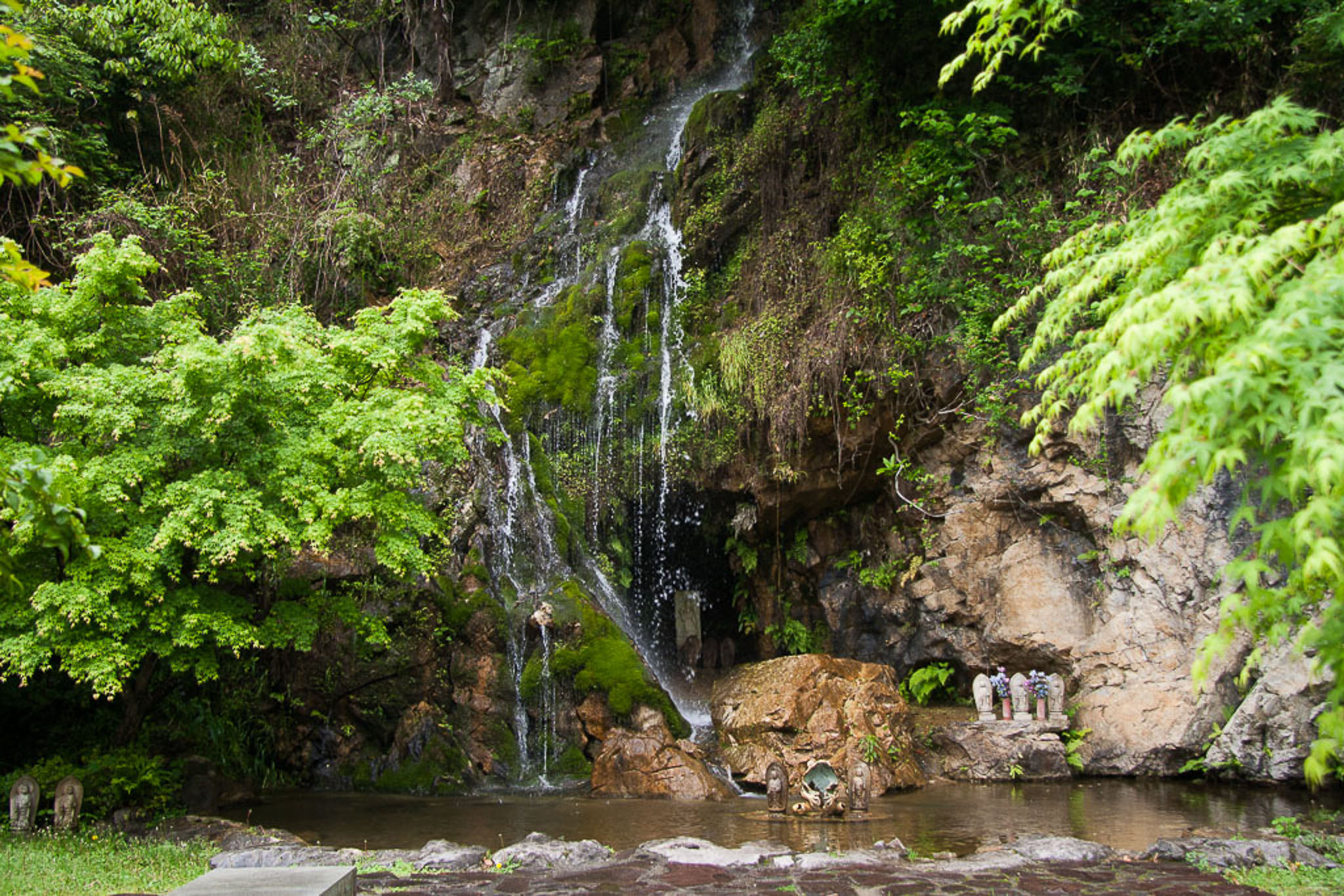 The limestone cave formed over 200 million years ago and was later submerged during the eruption of Mt. Aso. Exploration began in 1976 and its believed that the system contains about 1,000 m (3,280 ft) of water channels. The cave is still being mapped today, however,  with a new cavern having being discovered just last year. 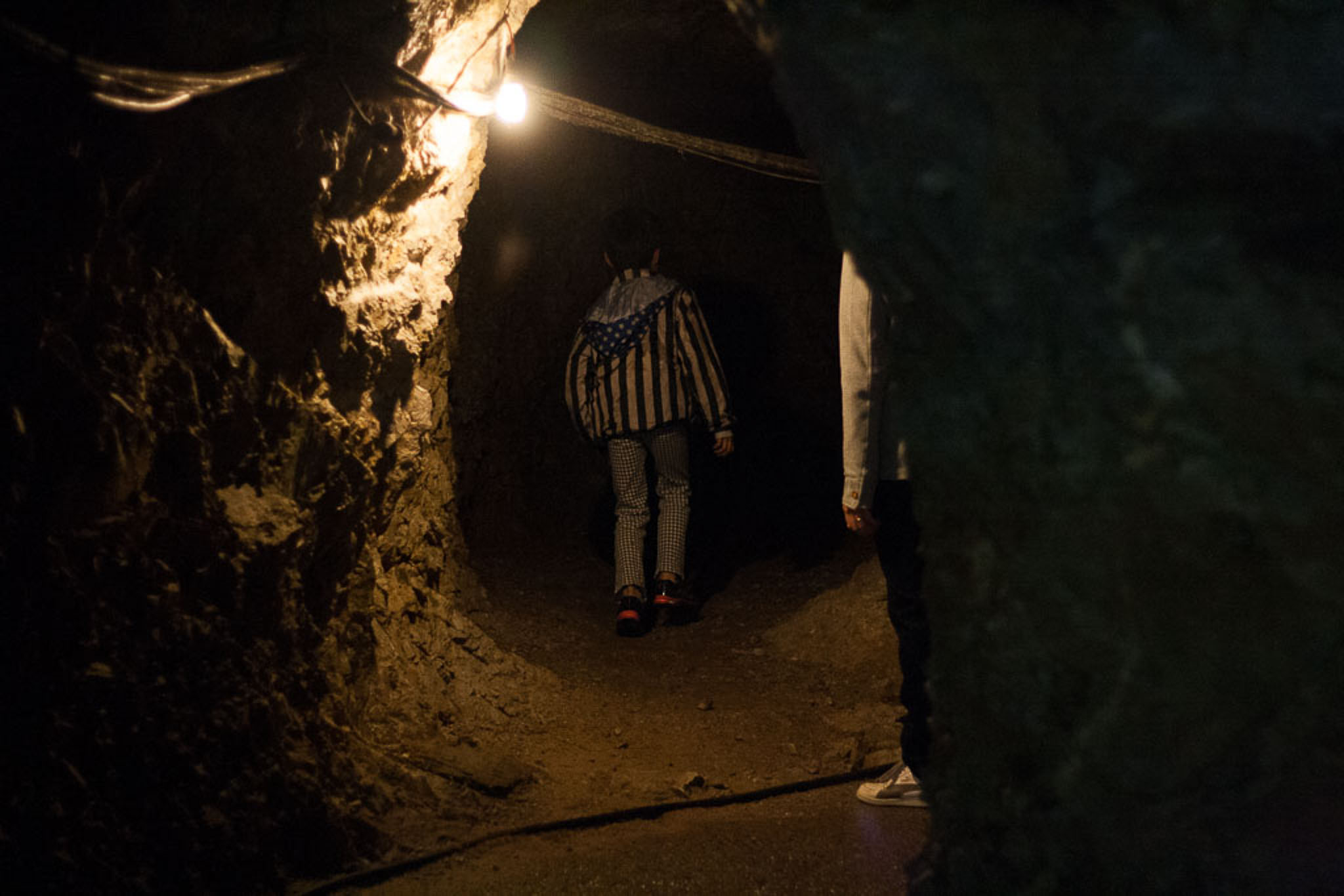 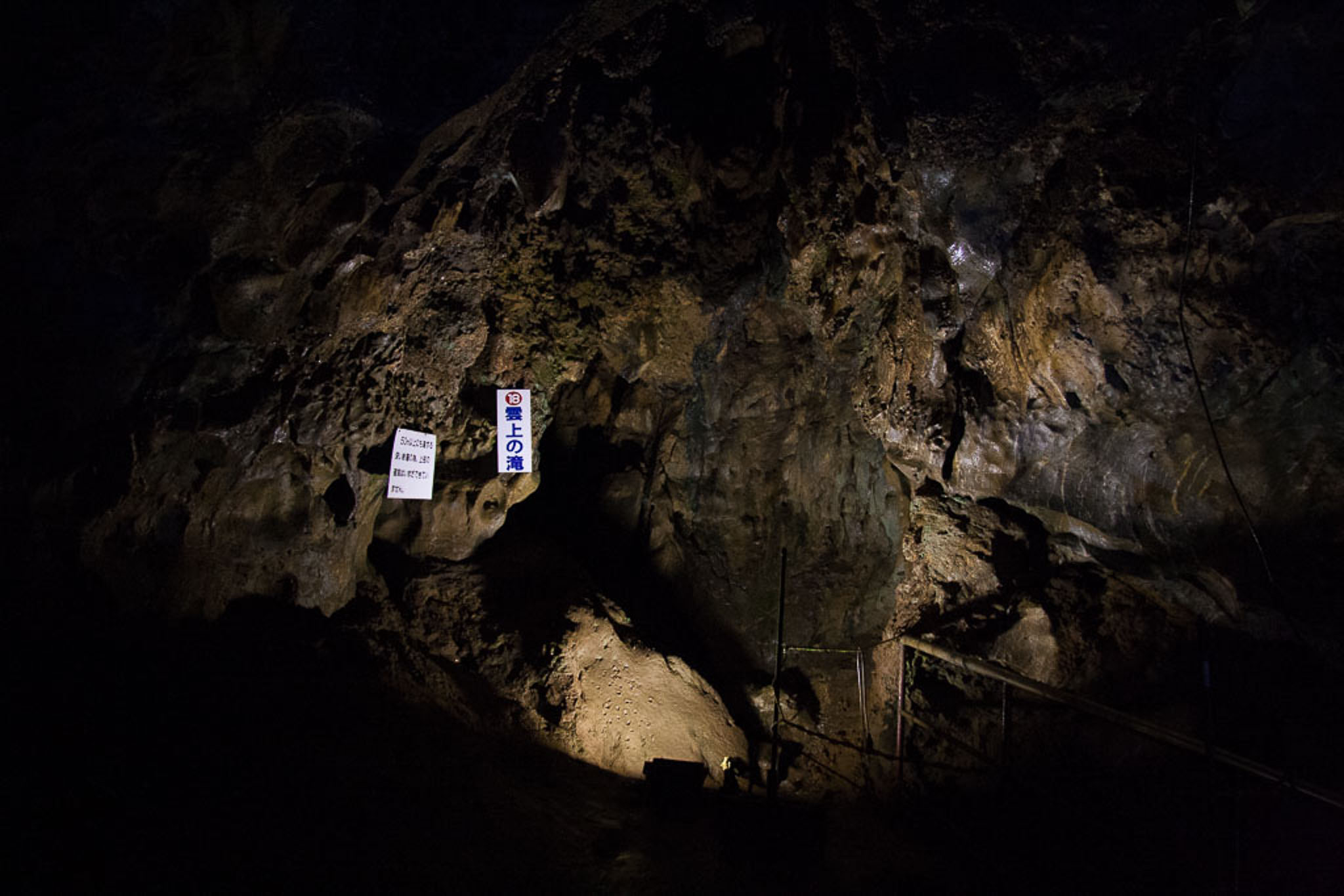 Many of its stalactites and helictites can be seen through the cave’s crystal clear water. Visitors are allowed access to two passageways that extend out from the cave’s opening as far as 300 m (984 ft) each. At the end of one of these is a 40 m-deep (131 ft) abyss that glows emerald green. 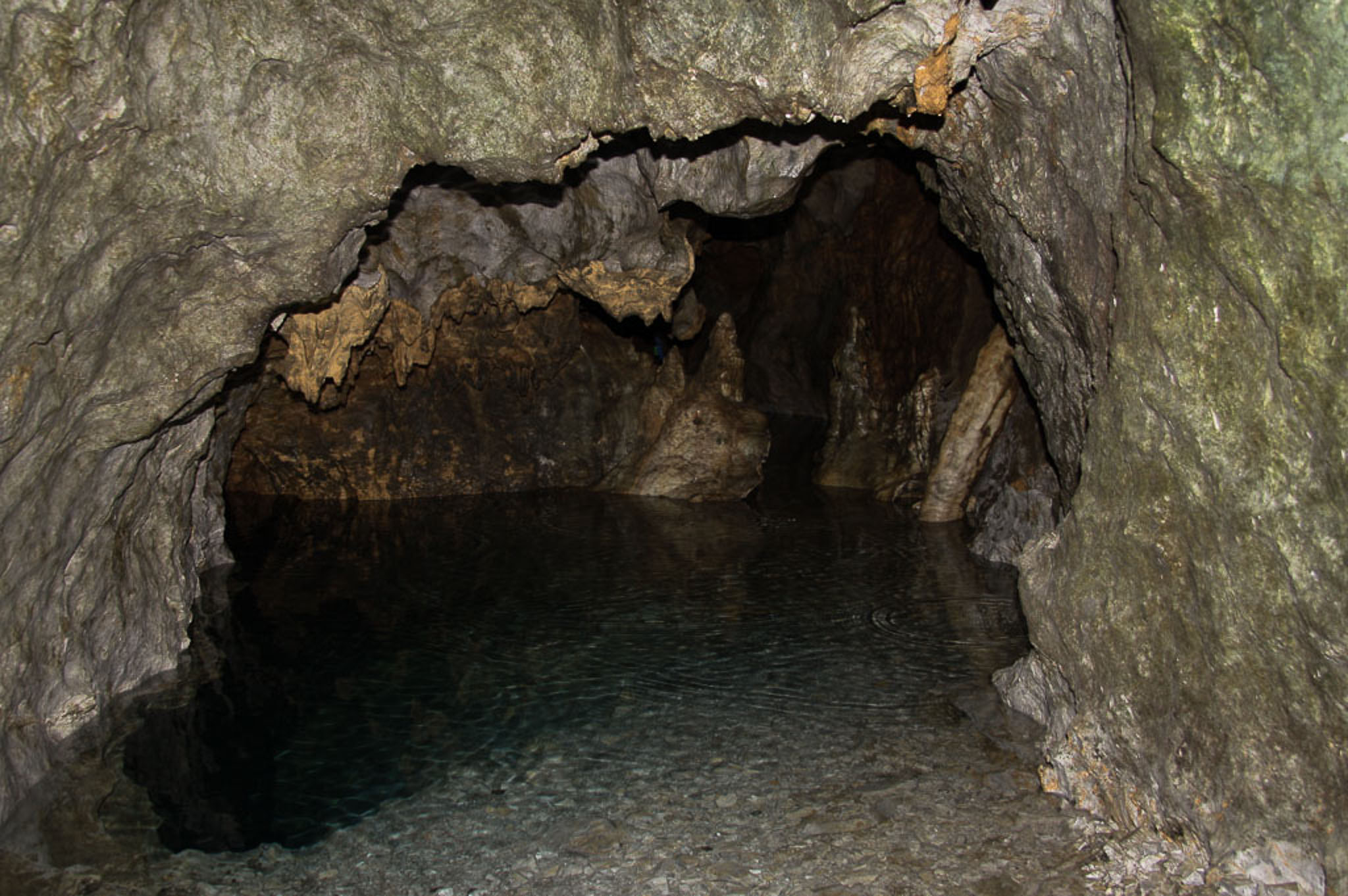 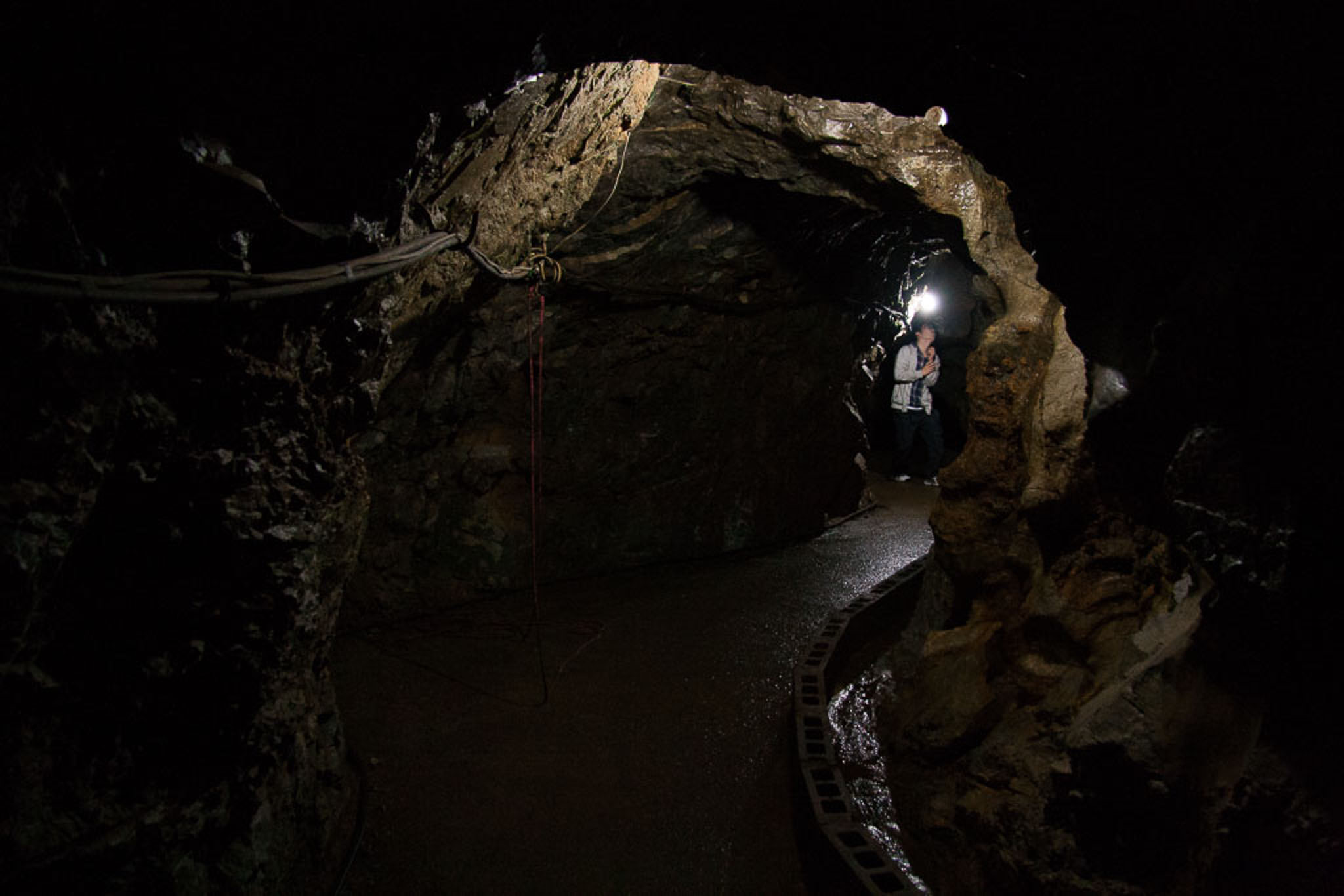 Inside the cave, it remains 16°C all year round, and the negative ions are said to relax visitors and send them on their way feeling fresh and renewed.Perhaps it was all that calming energy that prevented me from freaking out at the snake shrine, one of the many arbitrary add-on attractions at the caves. Visitors can admire the albino from a glass box, or cringe from afar, like I did.

There is also a Showa-era toy museum (!?), and art gallery, a duck pond, a restaurant, an onsen and a giant Buddha statue that towers 30 m (98 ft) over the grounds. I could have done with just the cave, but I certainly got my money’s worth. 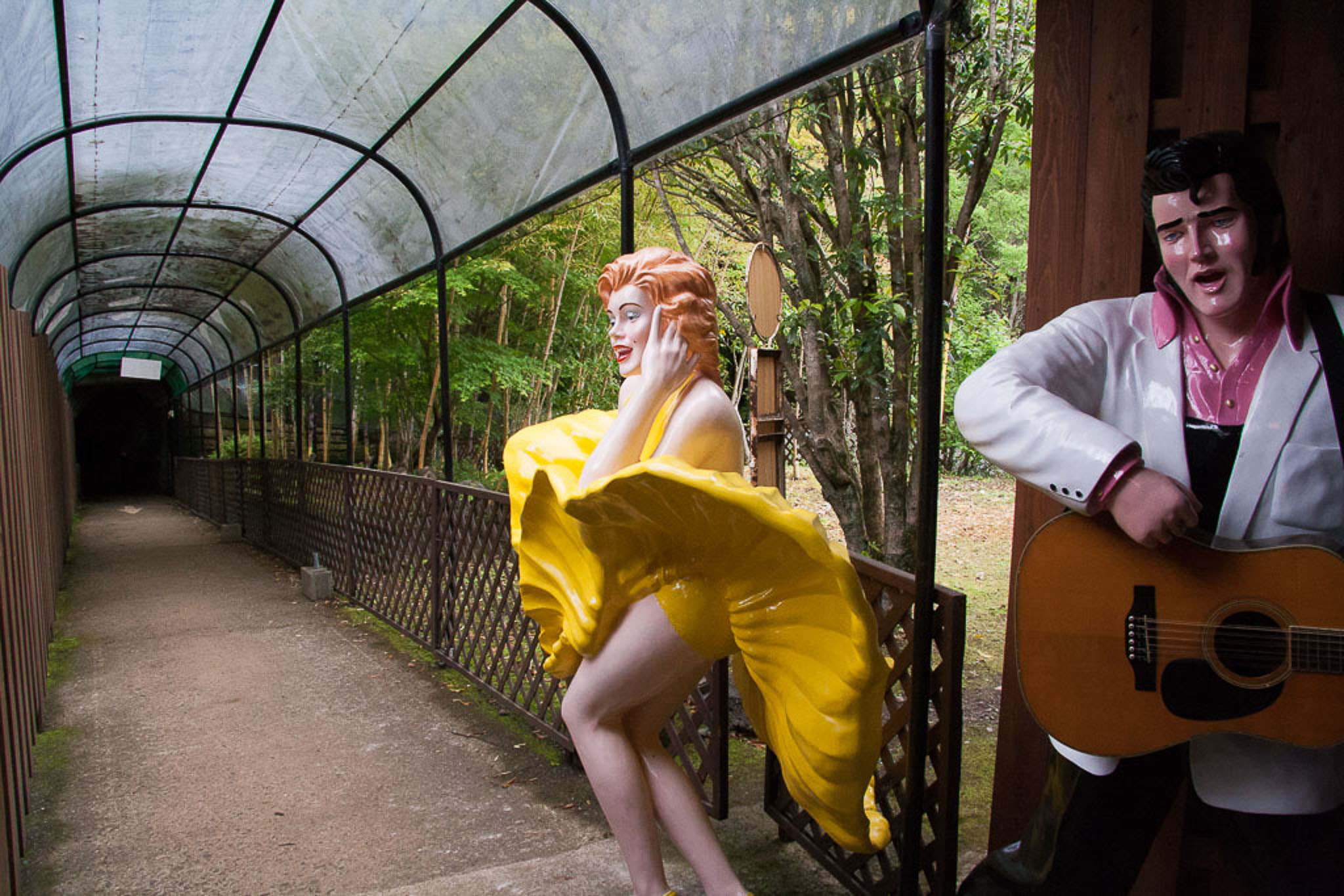 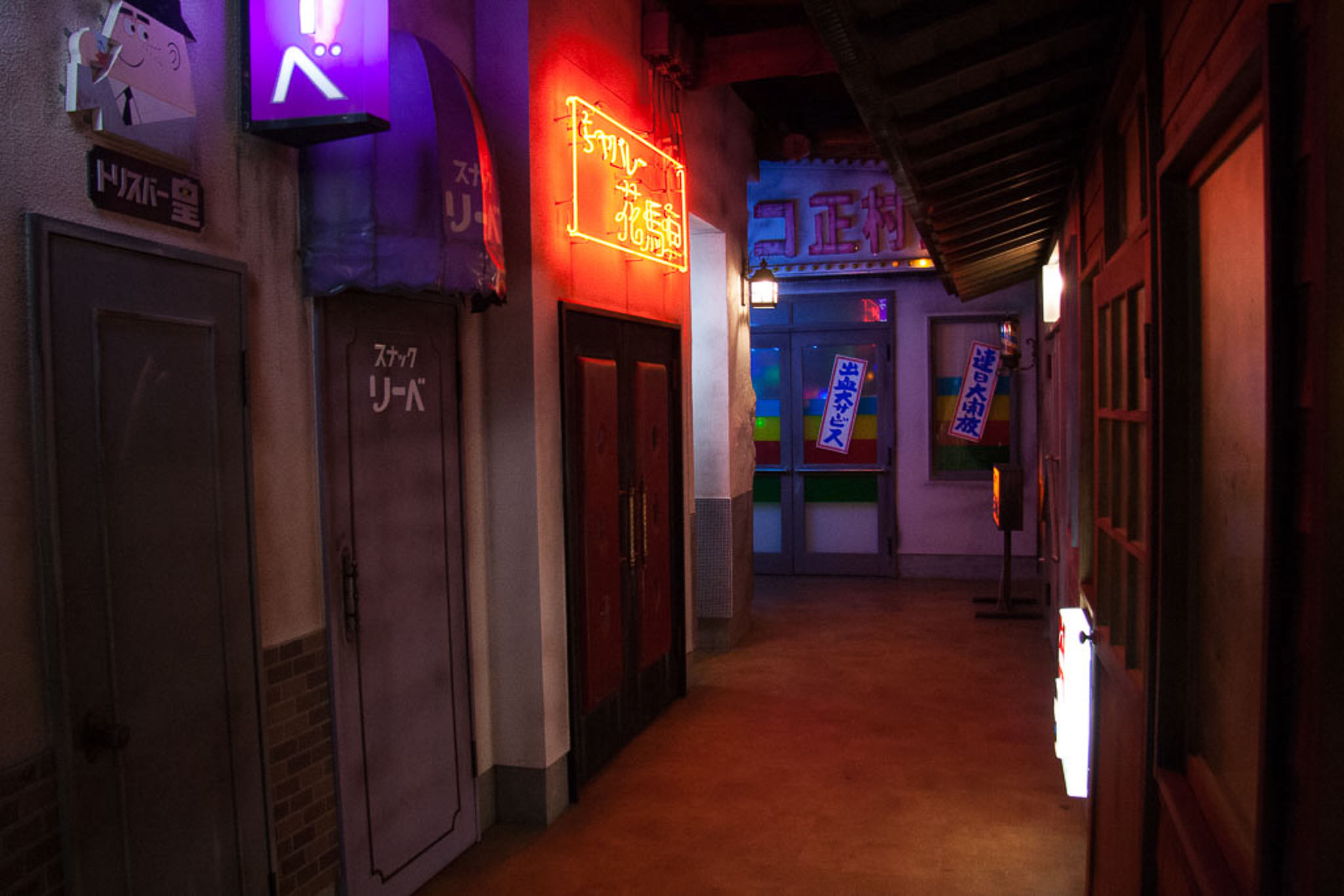 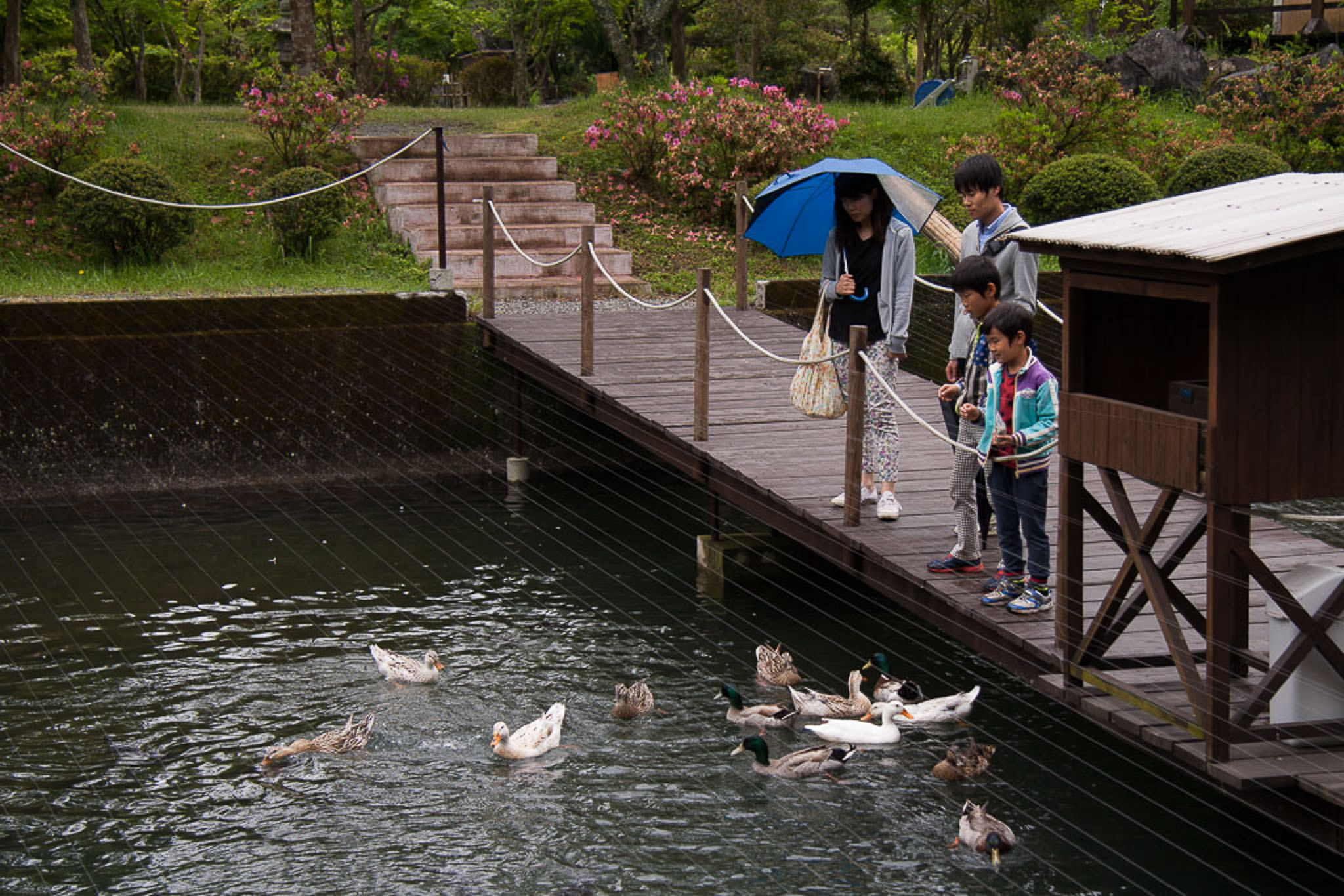 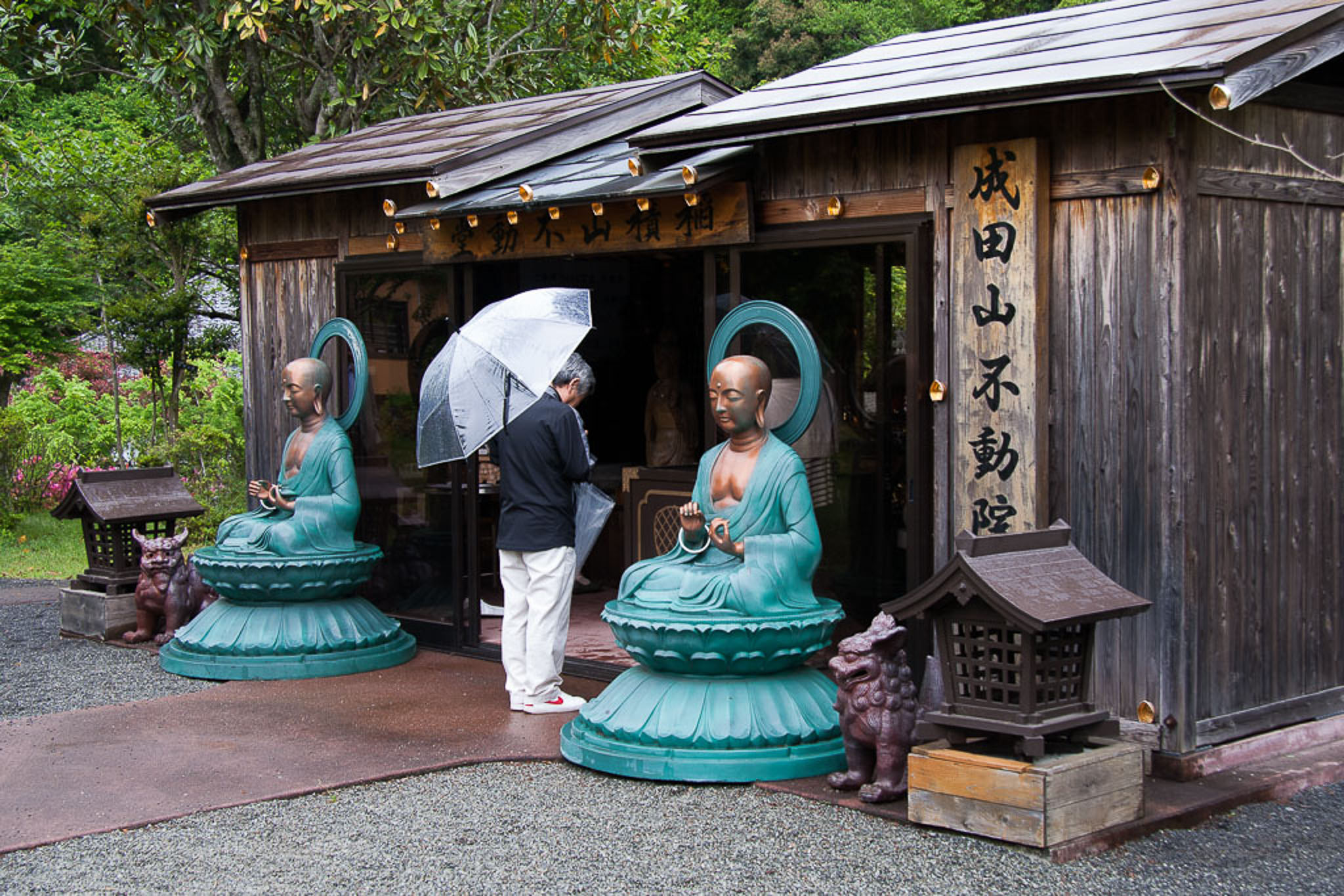 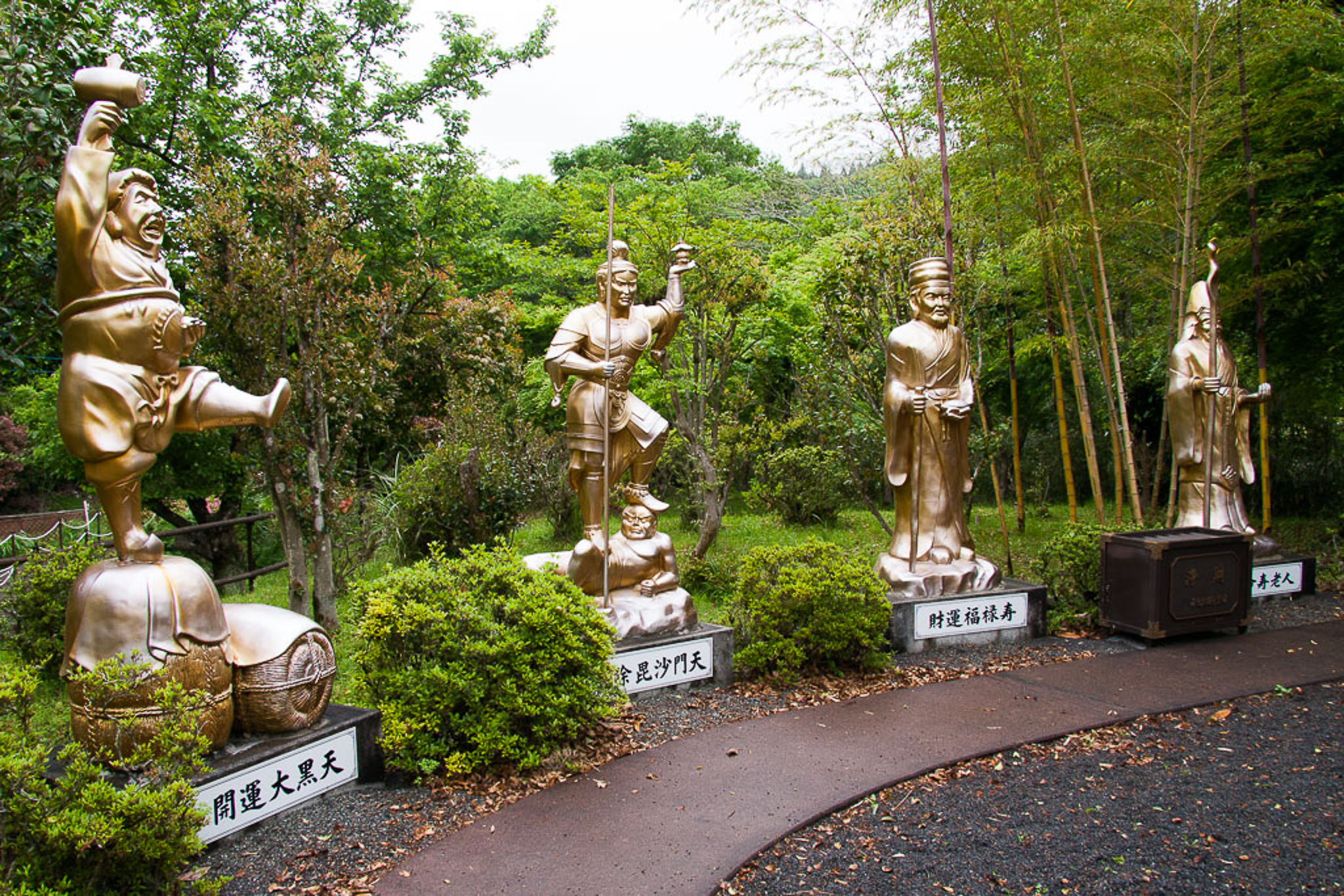 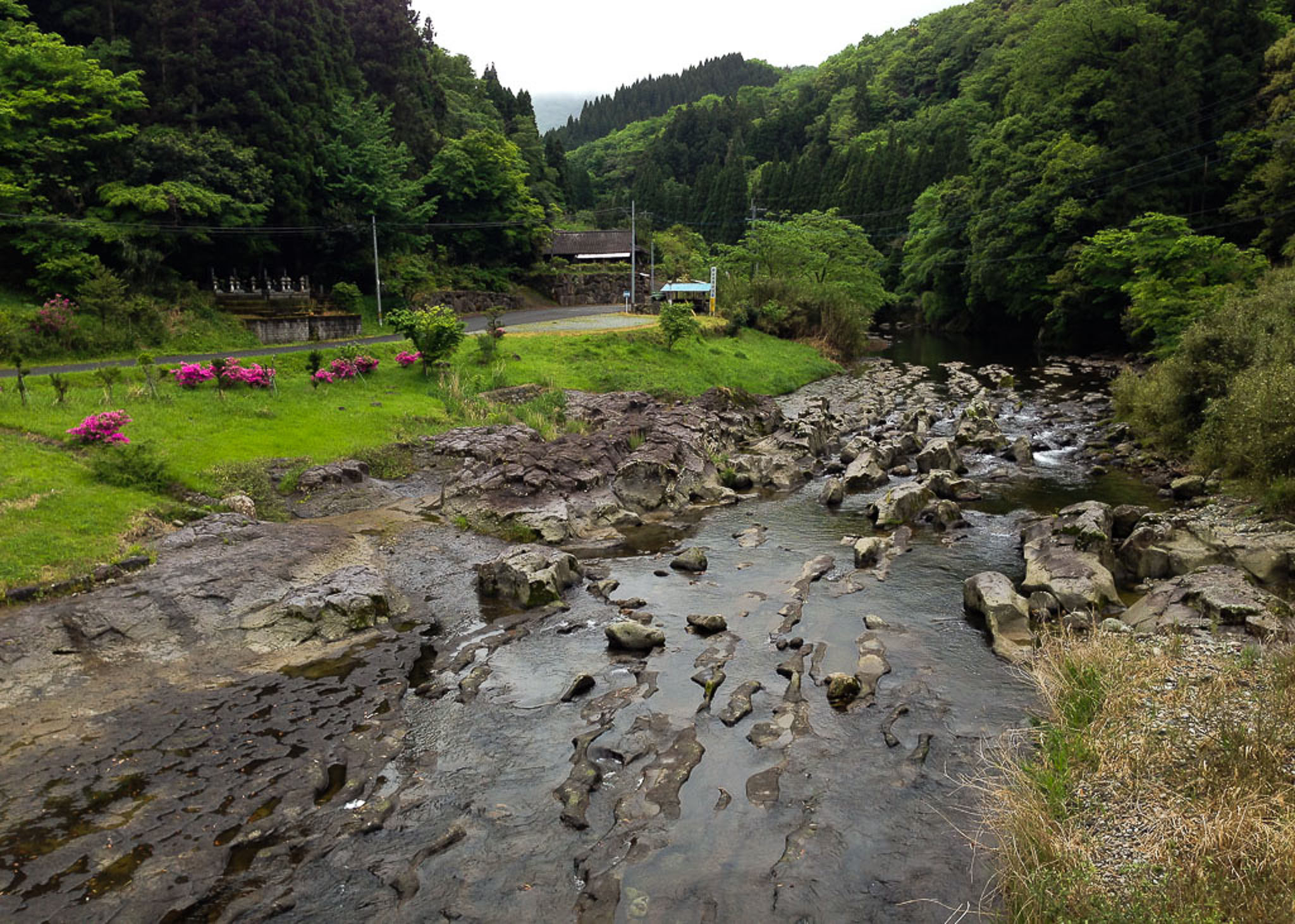