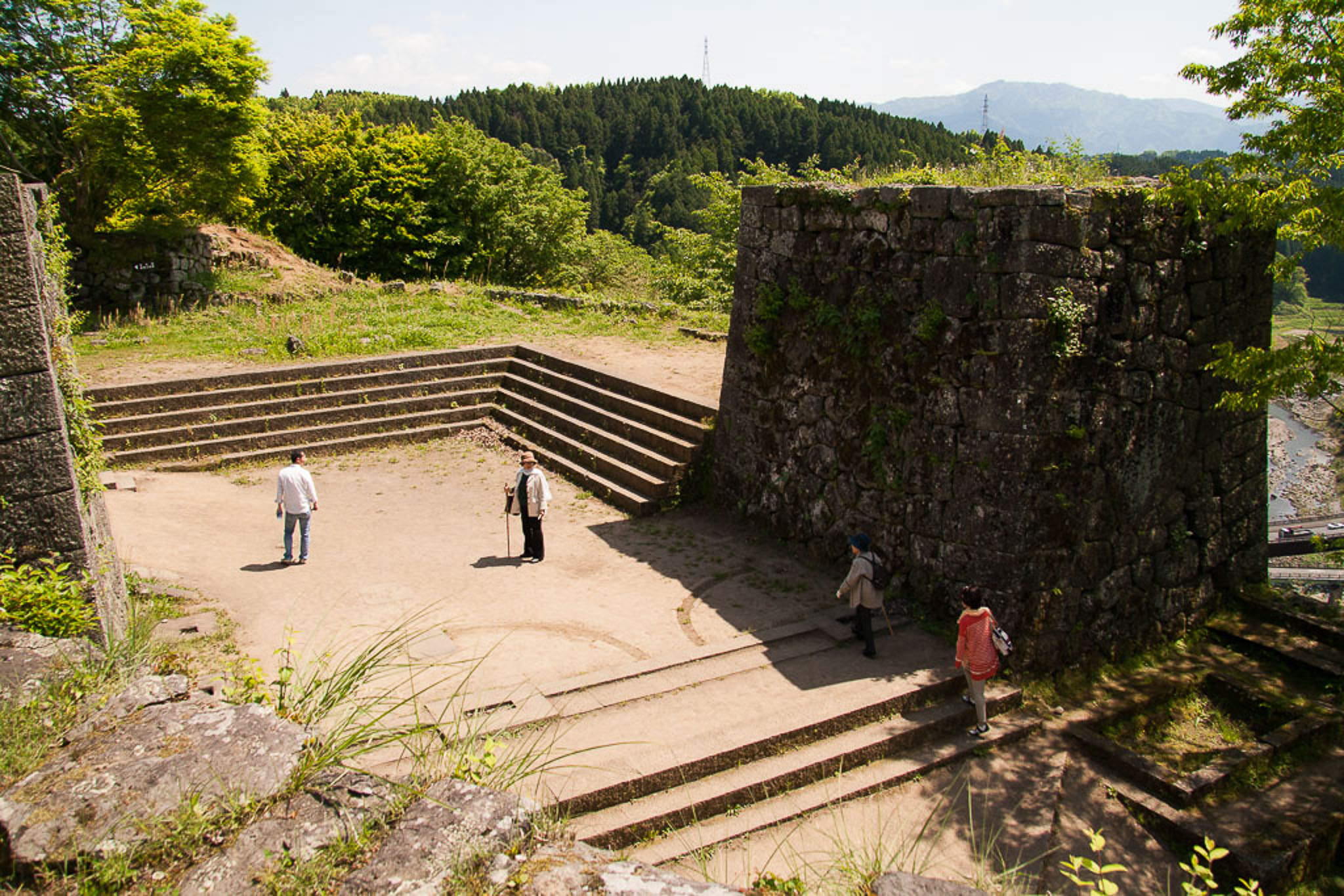 As I walked up the giant steps to the site of the old Oka Castle, a haunting melody, blasting out from hidden speakers, followed me. The song, called Kojo no Tsuki (or, Moon over the Castle’s Scattered Ruins), was composed by one of Japan’s most renowned pianists. Rentaro Taki (滝廉太郎) spent many of his childhood years in Taketa, and the castle is said to have inspired his famed composition.

When I reached the mountaintop, where a statue of Rentaro looks down onto the valley, I understood how the ruins could have made such an impression on a young man. 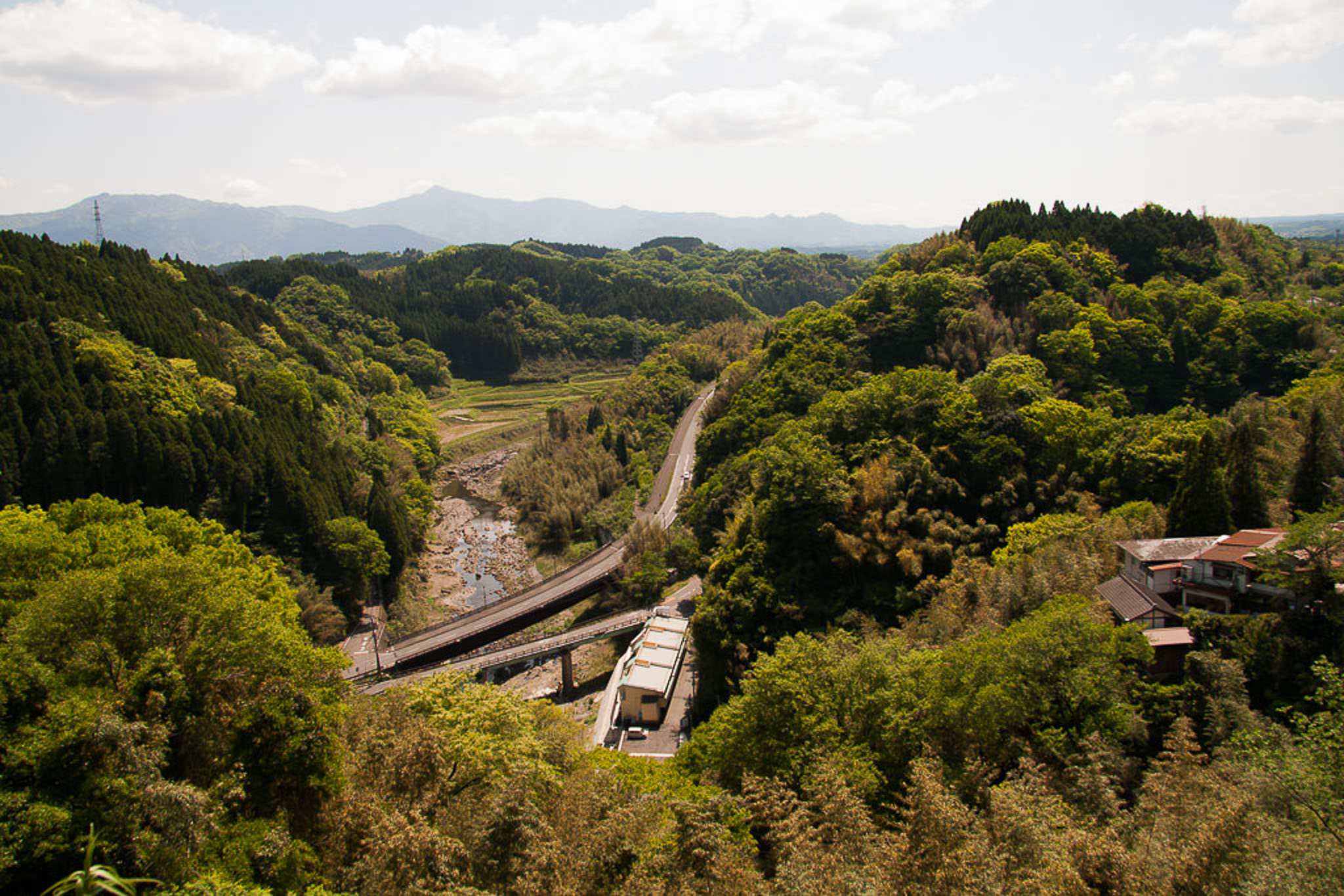 With the Numberize River on its south side and the Inaba River on its north, the site is a natural fortress. Perched 100 m (328 ft) above its valley floor, and 325 m (1,066 ft) above sea level, it offers an unrivaled view of Taketa’s towns and villages and the surrounding countryside, including Mt Aso, Mt Sobo and the Kuju Mountain Range.

But Okajo is more than just aesthetics, its ruins steeped in a deep history that can still be felt emanating from the stone walls. 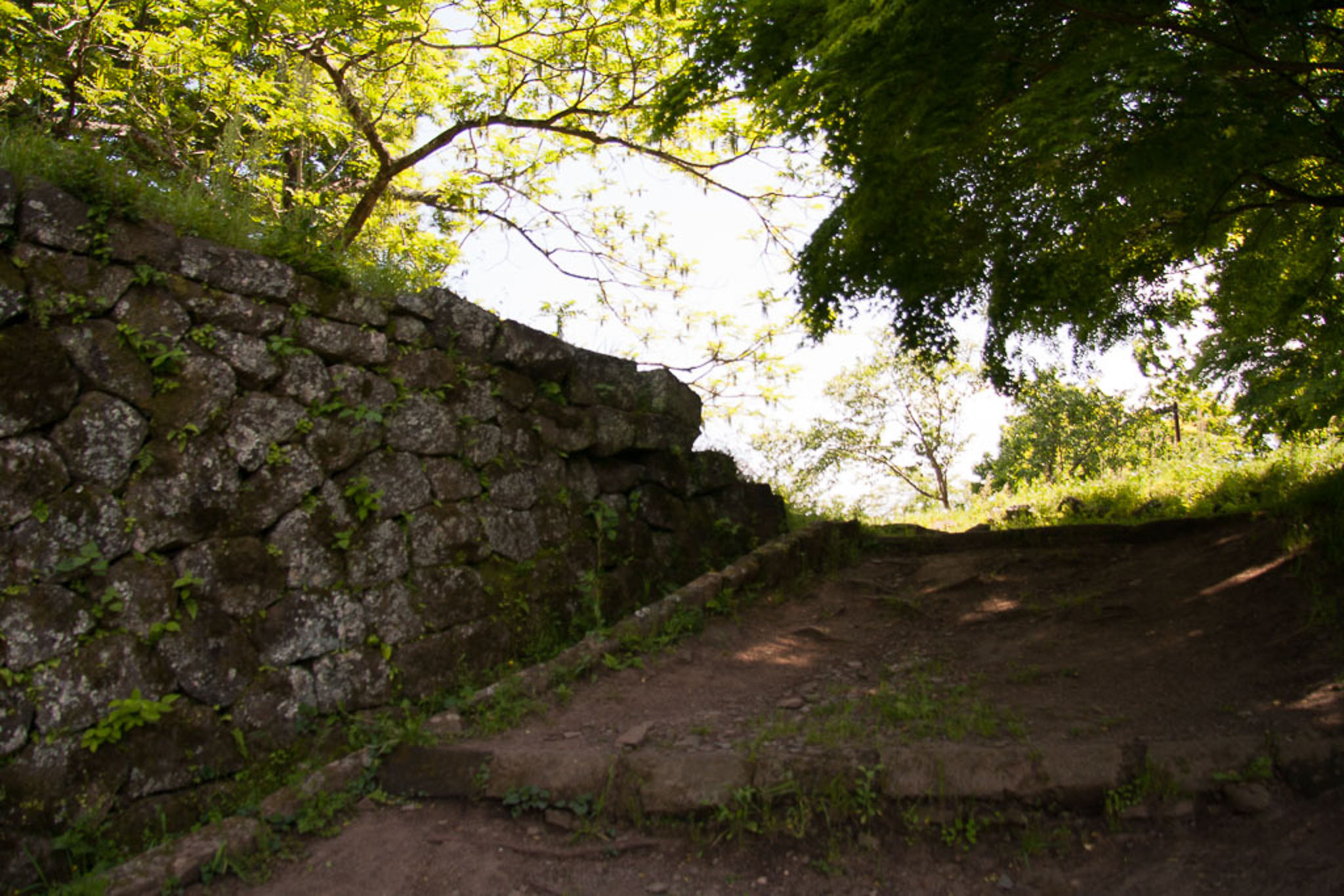 The general Ogata Koreyoshi is believed to have built the castle in 1185. It became a way station for warriors, and in 1332, it was taken over and enlarged by the Shiga household who were retainers to the Otomo family.

In 1586, the castle became a battleground in the war between the Otomo and Shimazu families. The head of the Shiga clan managed to defend the castle, but in 1593 the Otomo were forced to surrender their territories due to their Christian faith. 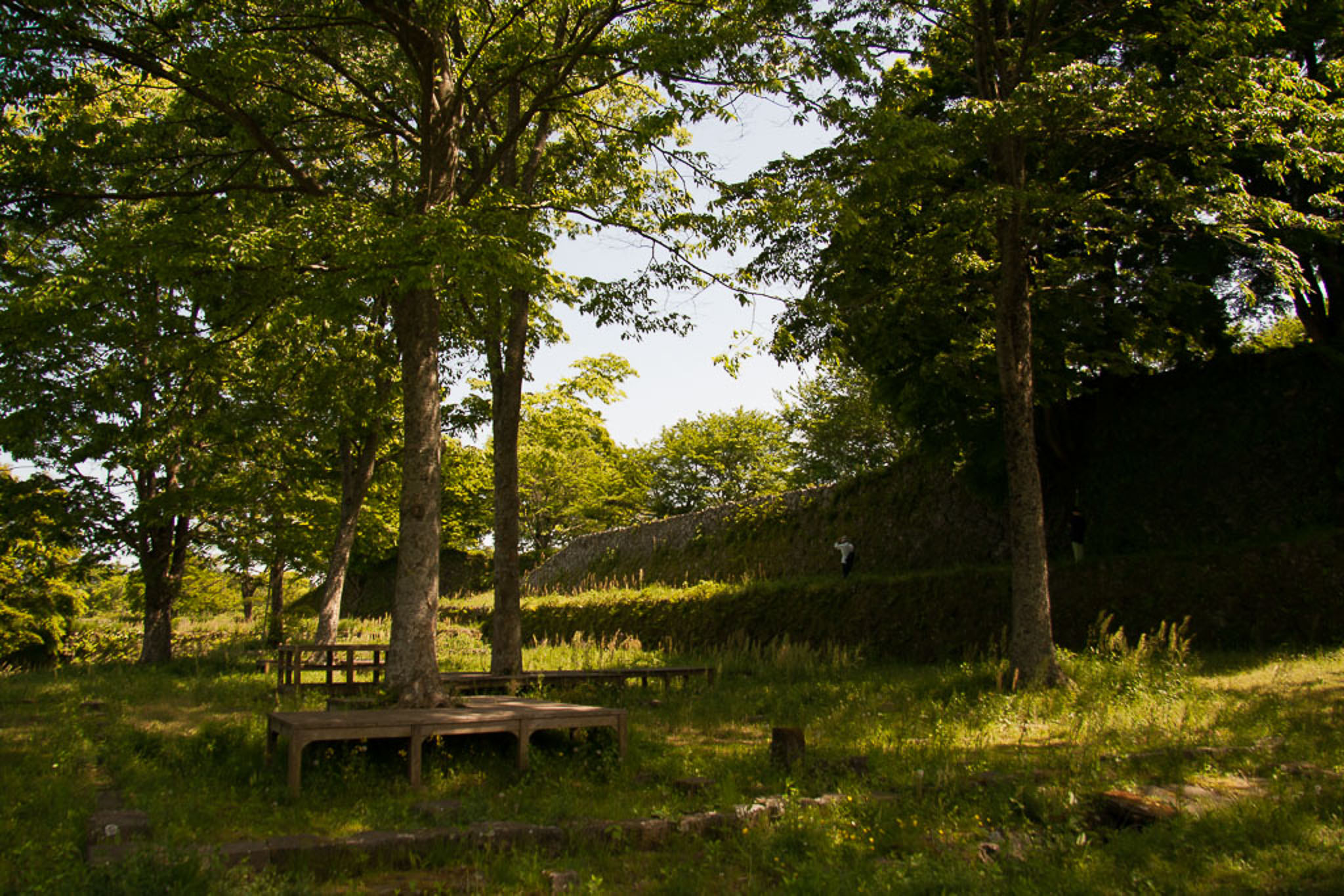 The following February, the castle was taken over by the Nakagawa clan, who ruled it and the surrounding area for 14 generations. During the Meiji Restoration in 1868, however, the building were demolished, leaving only the stone walls that remain today. 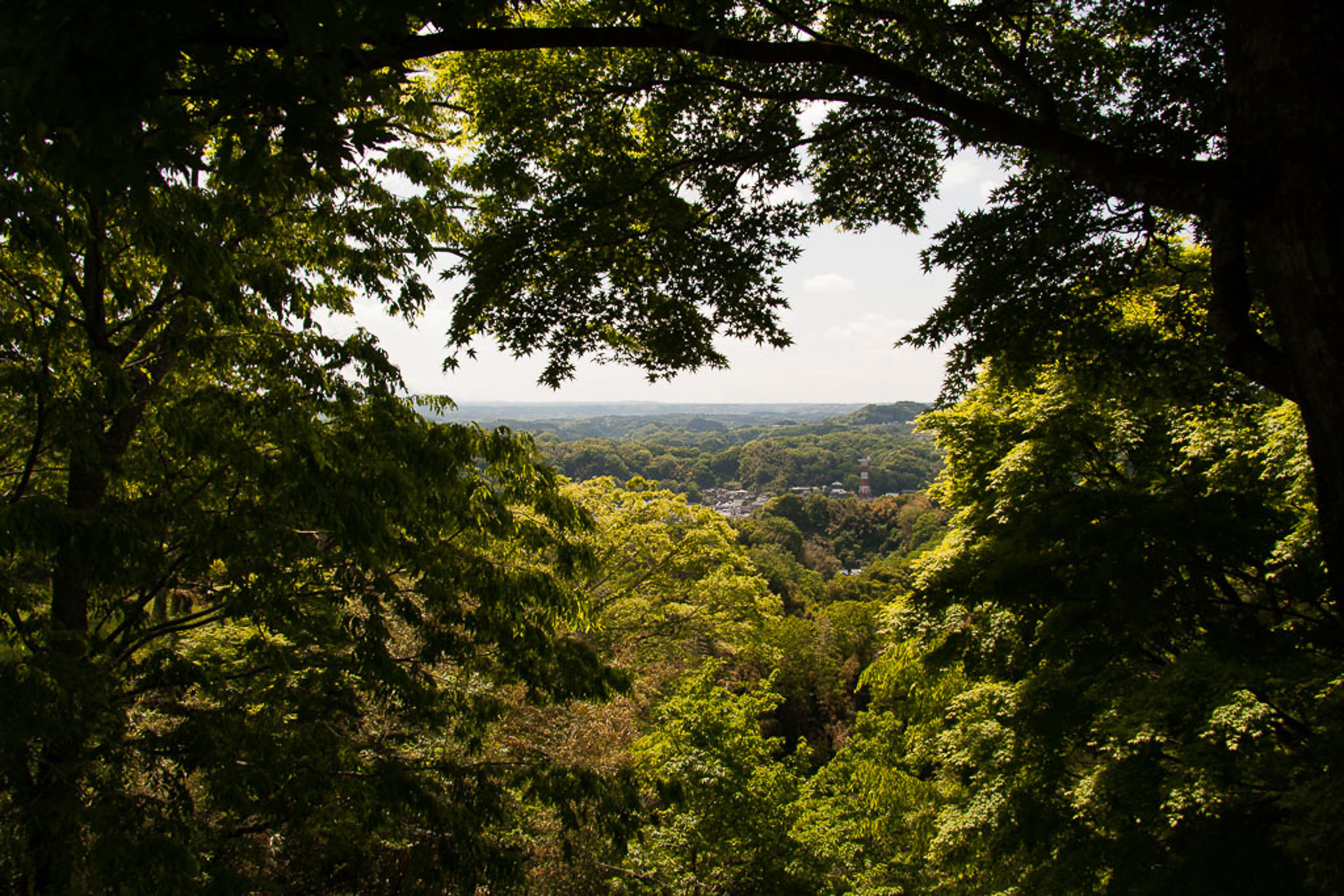 Although the grounds are maintained by gardeners, the walls are barely visible in the expansive summer undergrowth, and at almost 10 times its height in length, the site seems overwhelming at first to navigate. I was glad for having put on walking shoes that morning. 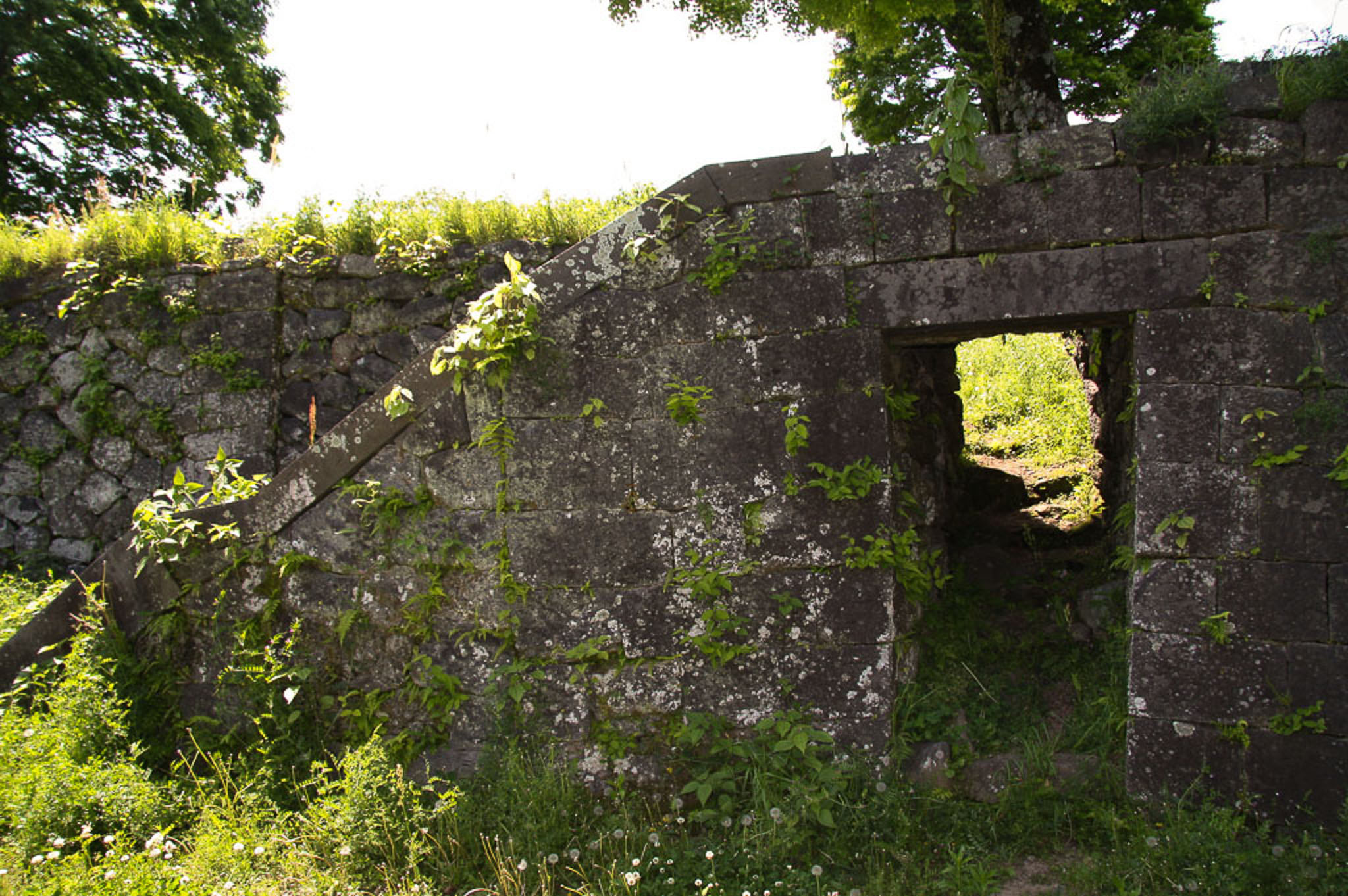 The 300円 entrance fee includes a beautiful, full-colour scroll that opens to reveal a map and diagram of the castle site. Even if you can’t read the kanji, you can match it with what’s on the different signs at points of interest along the way. 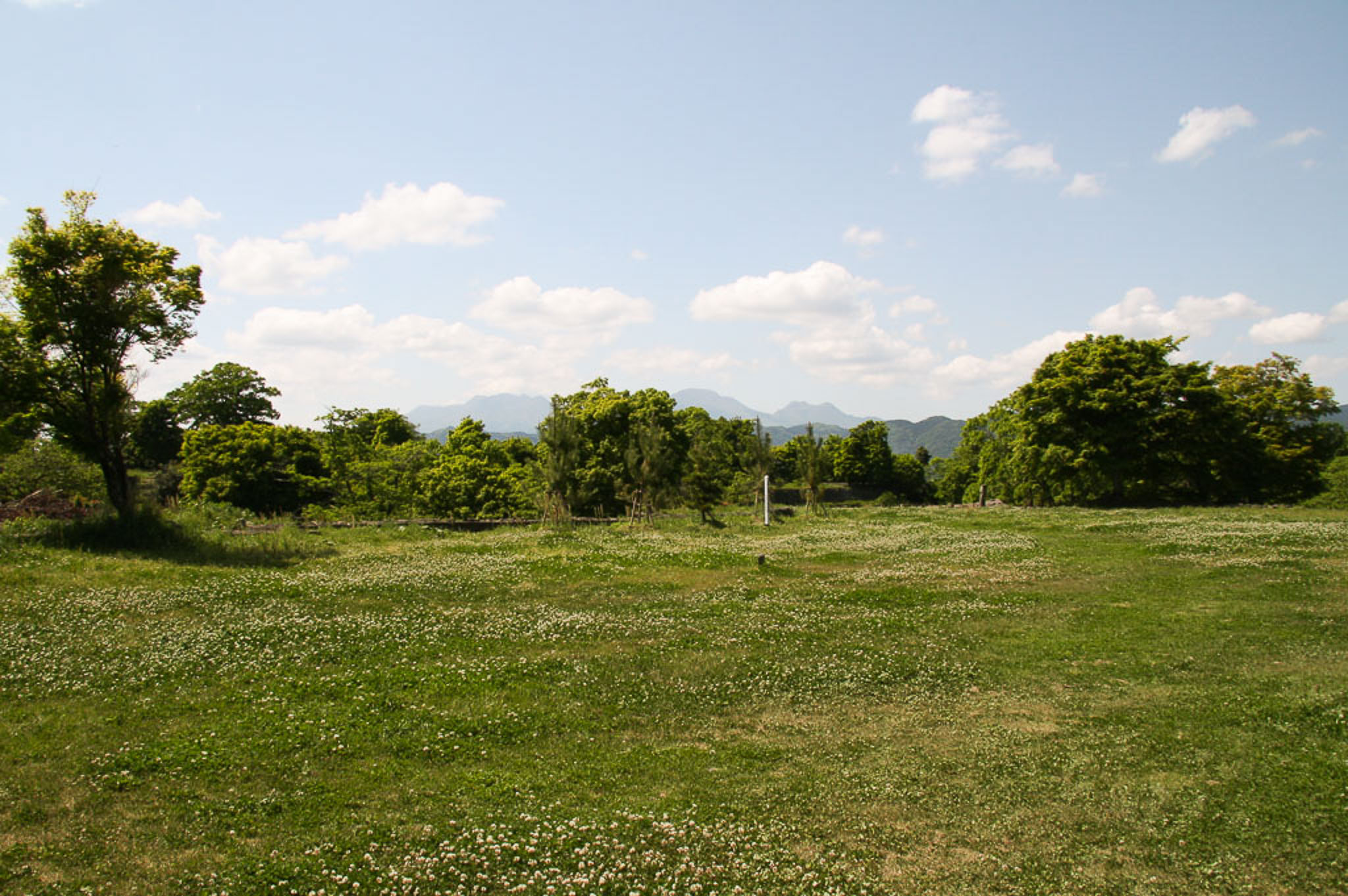 It took me about 2 hours to see all of the ruins, and it was a sweltering hike in the afternoon heat. The closest vending machine was in the parking lot all the way at the bottom, and I cursed at myself for not bringing something to drink with me. 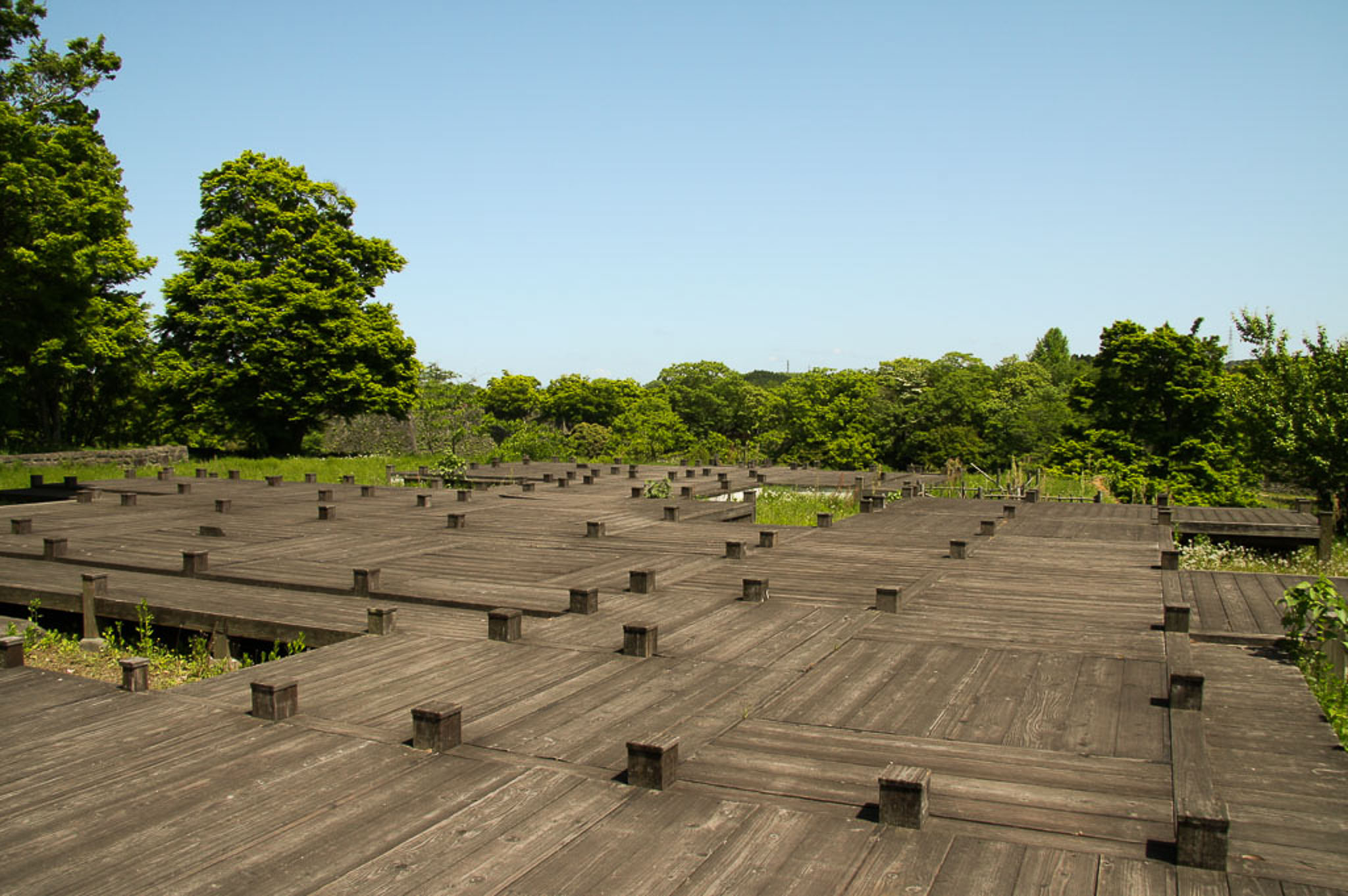 But on the path back to the parking, a shopkeeper from one of two souvenir stalls hurried towards me with a cup of miso soup. It was not the ice cold drink I had dreamed about on the walk down, but it was mightily delicious. 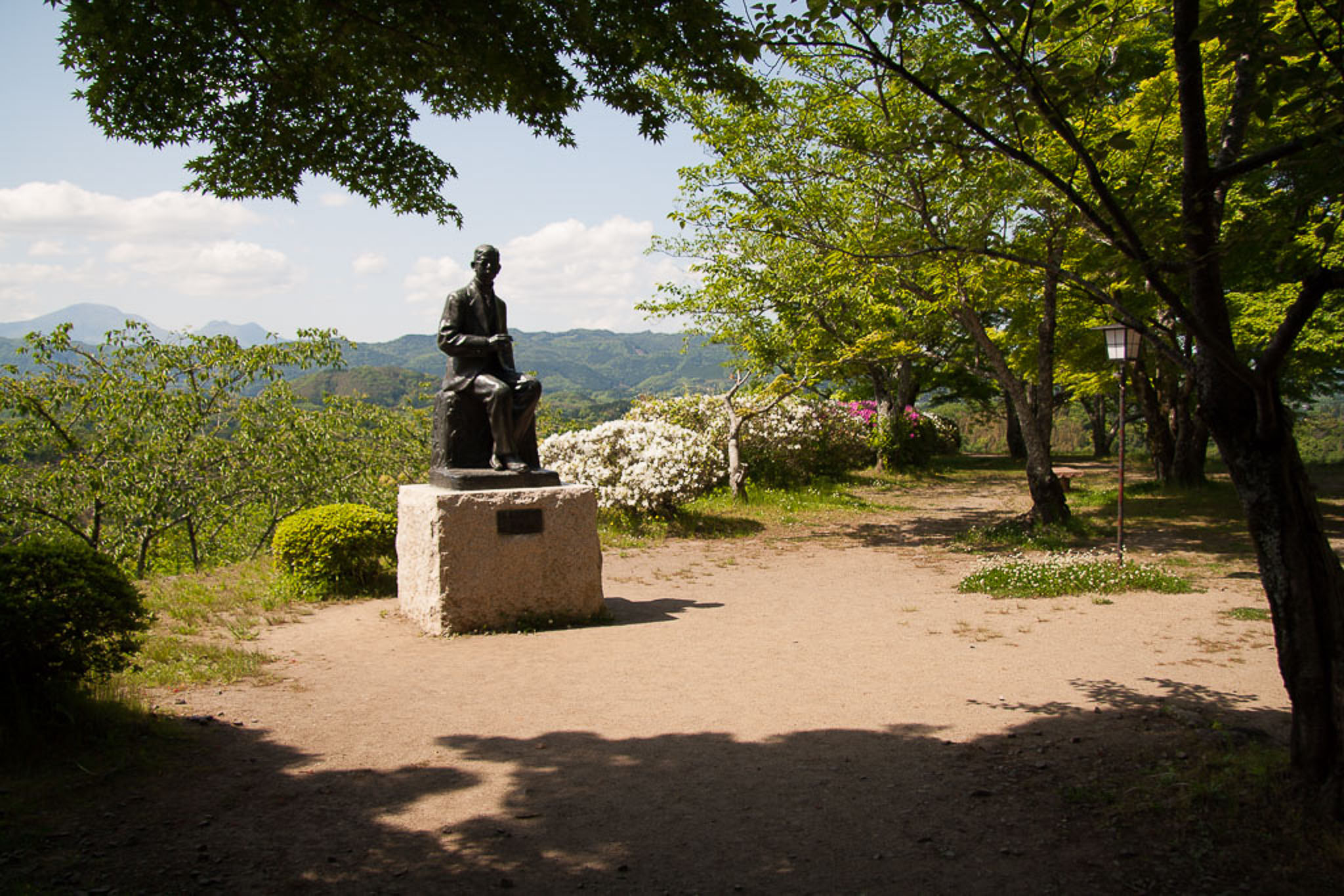 We had a bit of a chat inside the store, and then I bought my first road trip souvenir: a bottle of kabosu juice. A hybrid of Yuzu and Bitter Orange, the citrus fruit is a rarity in Japan and is grown almost exclusively in Oita. Kabosu juice, like lemon, is supposed to be really good on fish. 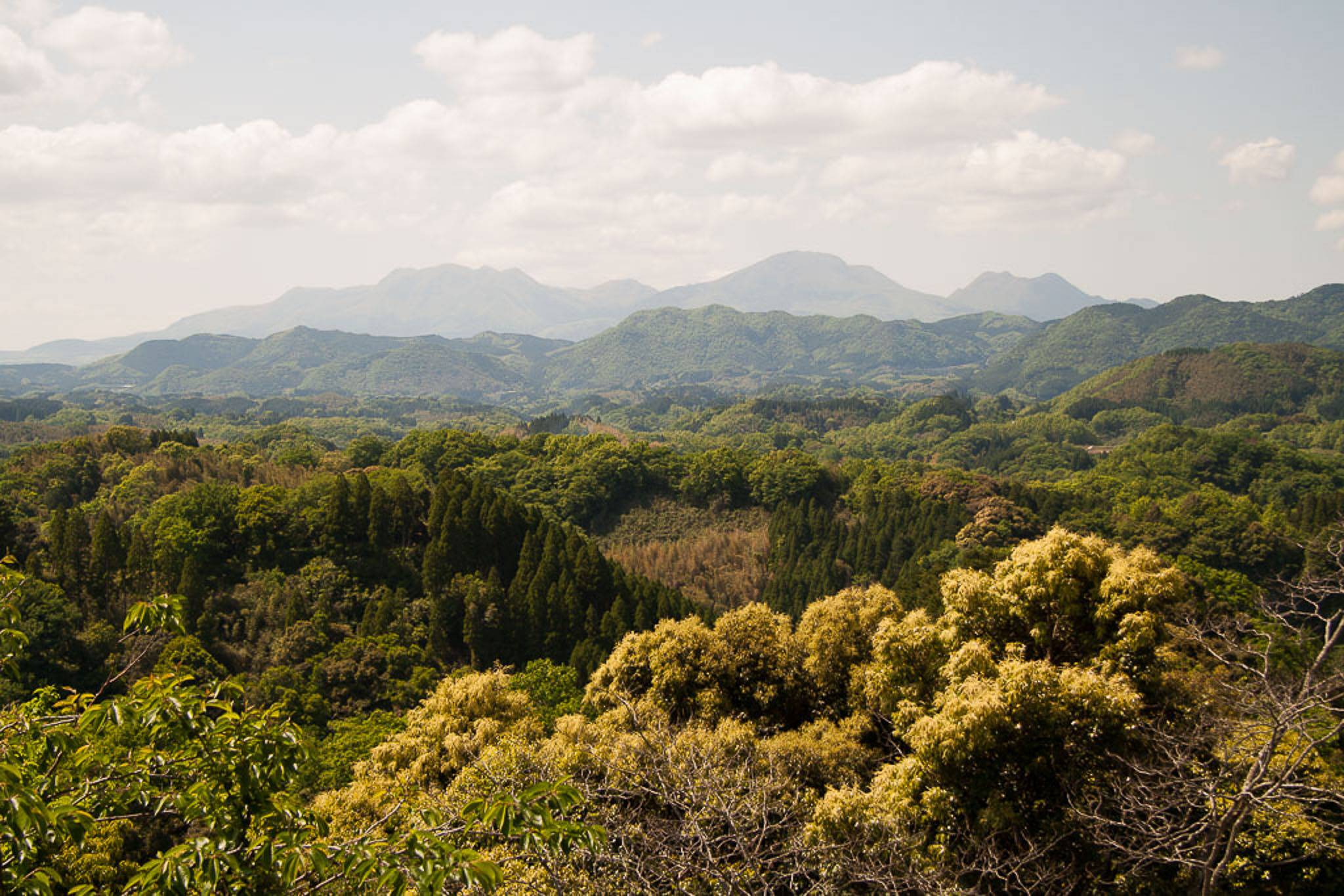 I finally reached the vending machines, and after chugging down an entire bottle of apple iced tea, I hopped in the car and played hot potatoes with the steering wheel off in search of my hotel. 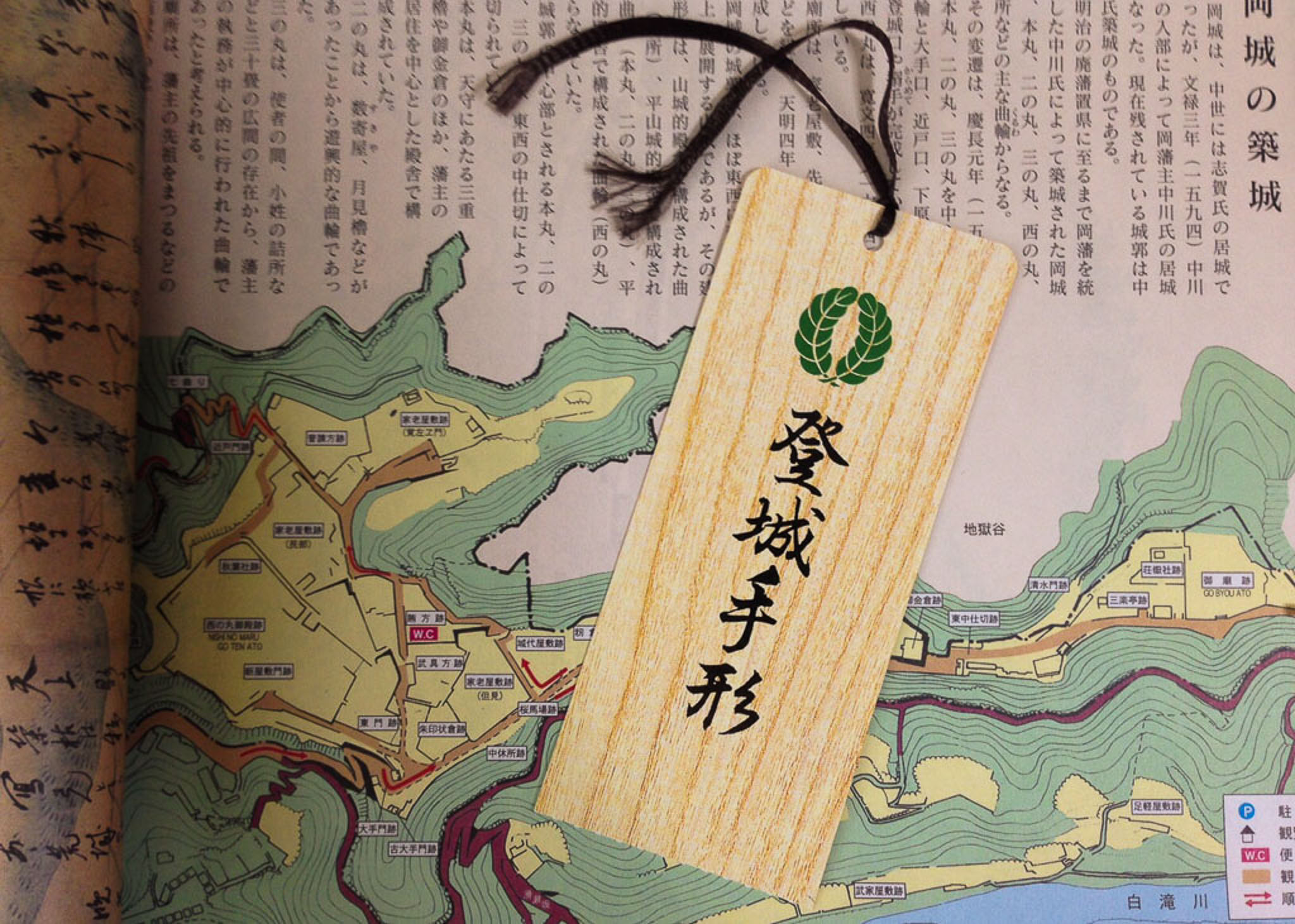