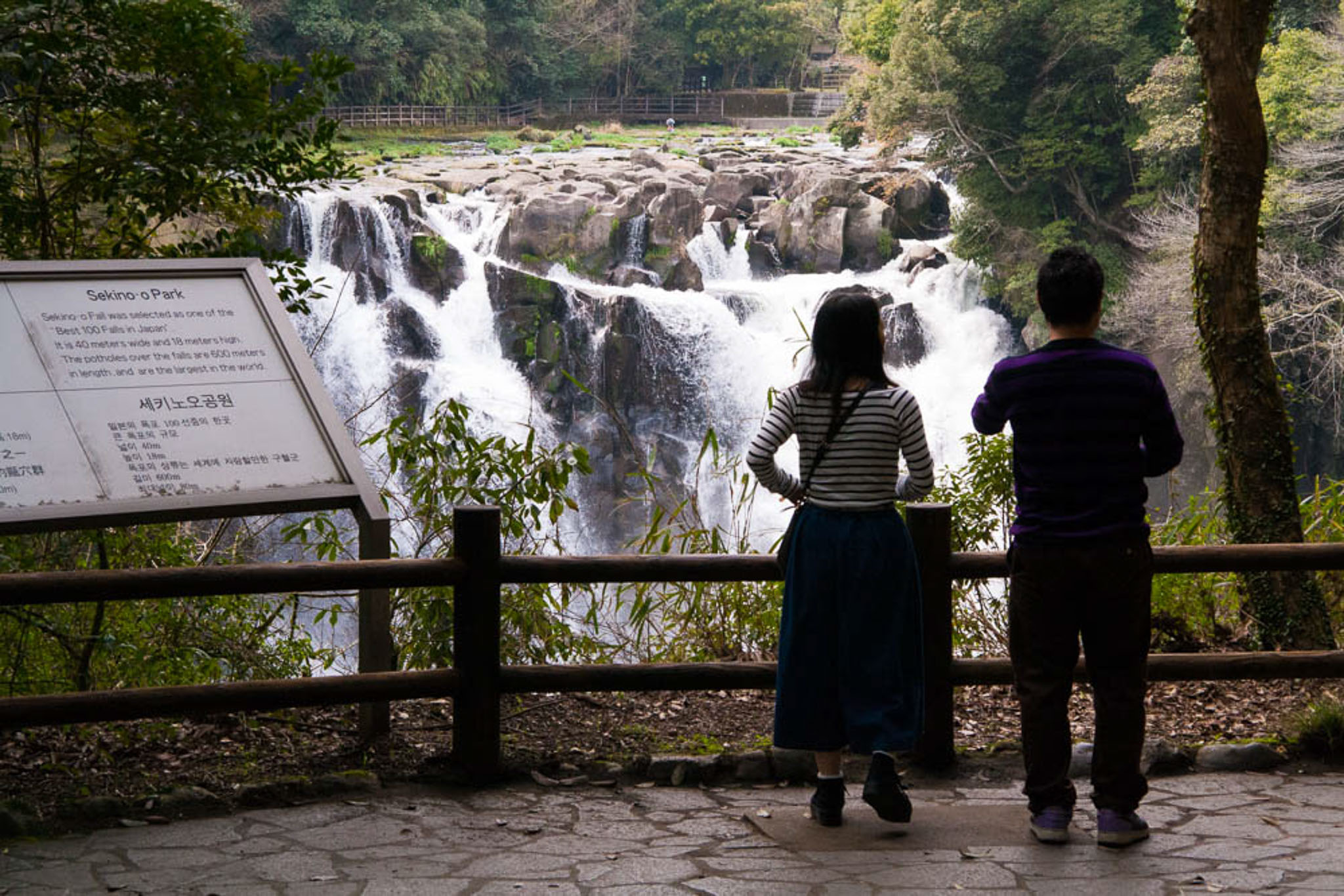 “Woaah!” I exclaimed to Mark. “Are you seeing this?” The red shrine that he was investigating wasn’t enough to distract me from the roar of water falling down. An unexpected stop on our roadtrip to Miyakonojo had led us down a flight of stone stairs to meet the majestic Sekino-o Falls.

With the cherry blossoms forecasted to open in Miyazaki later this week, our original plan was to see if we could catch any early bloomers; the sakura festivals will take place around Miyazaki next weekend but I’ll be away in Nagano and Nikkō then.

We had been in Mochio Park, enjoying the couple of blossoms that had opened and the tree lilacs in full bloom. We were definitely too early to see the sakura in all of their pink and popcorn glory, though. But the view of the surrounding countryside from Mochio Shrine was pretty impressive. 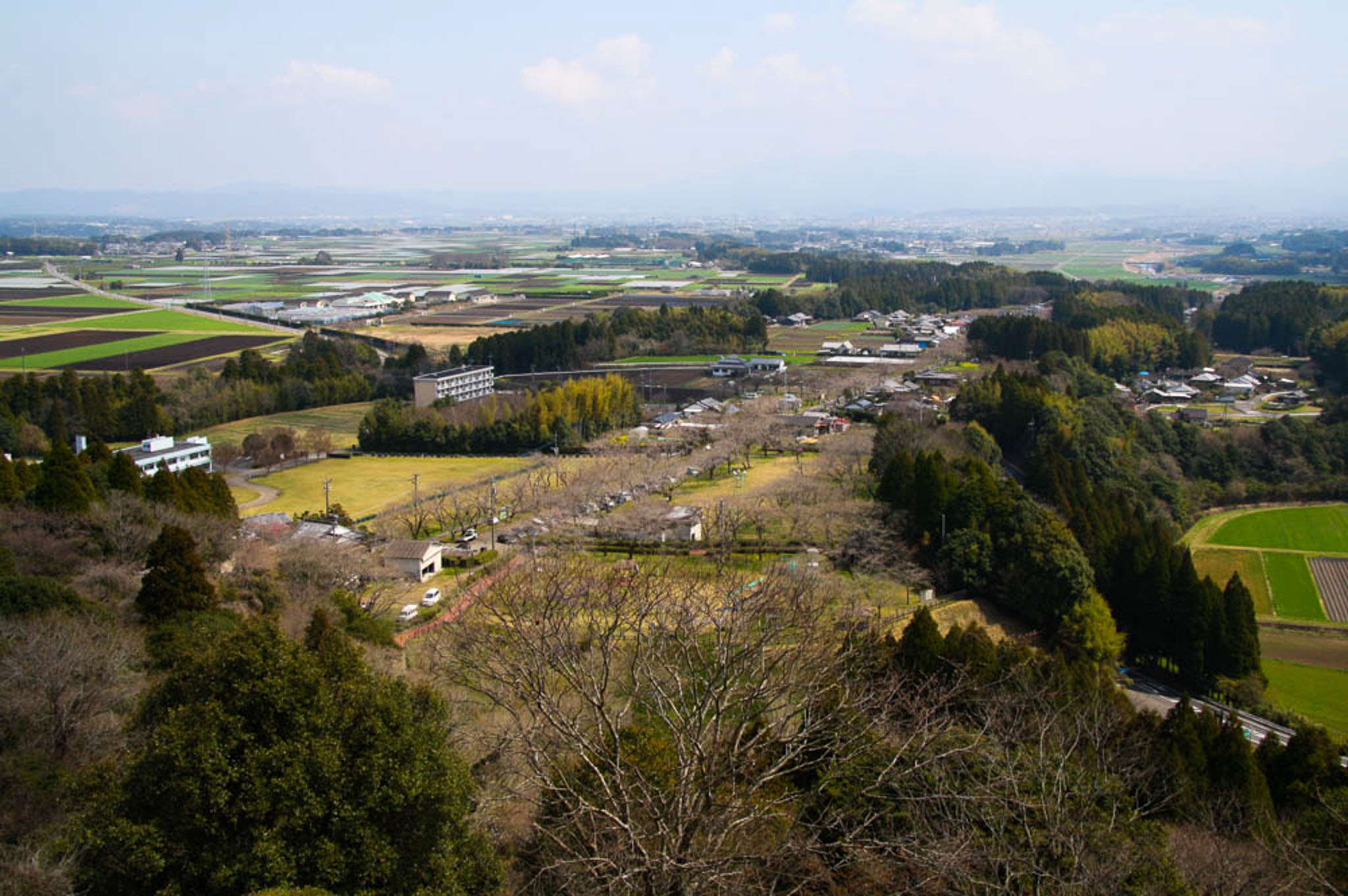 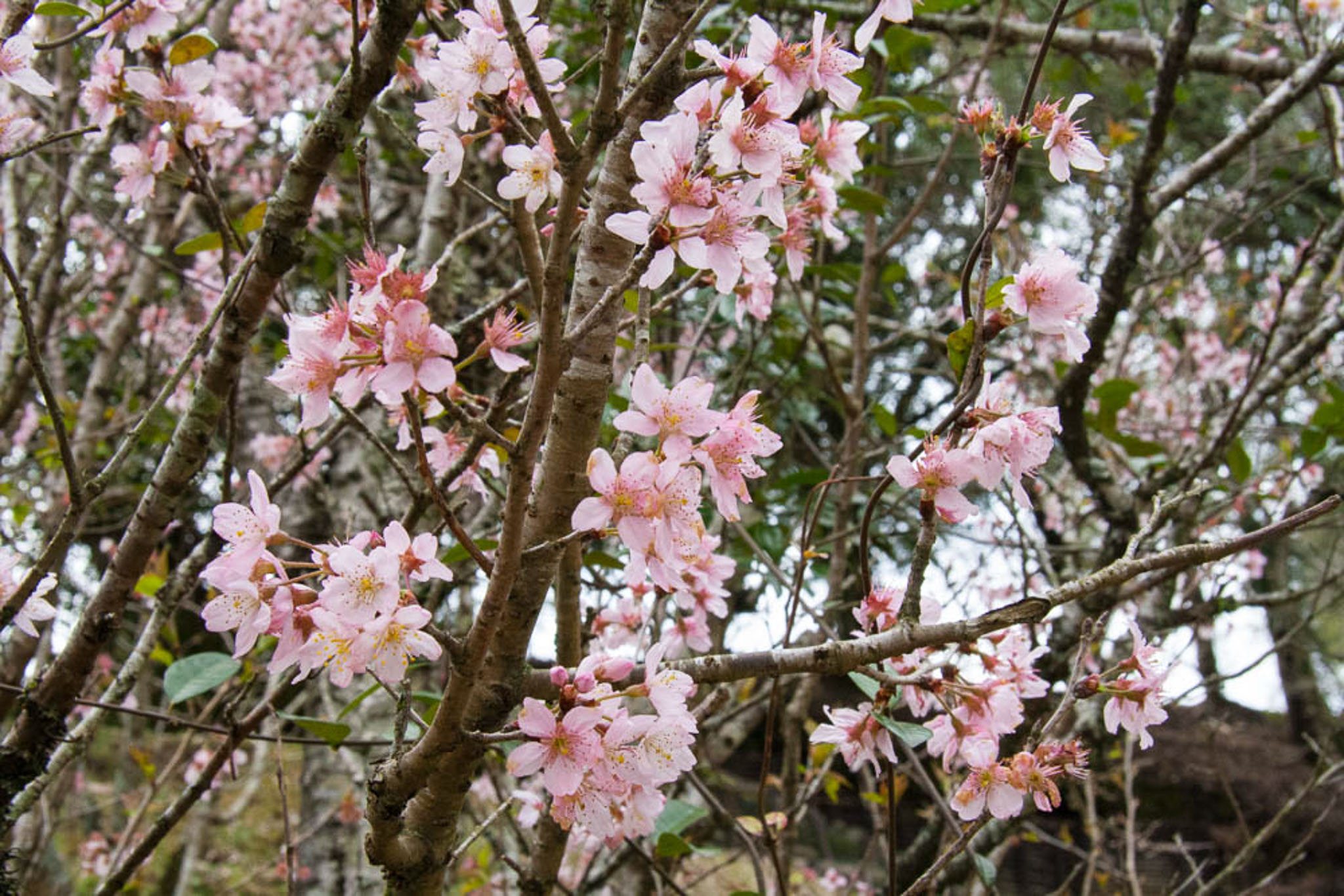 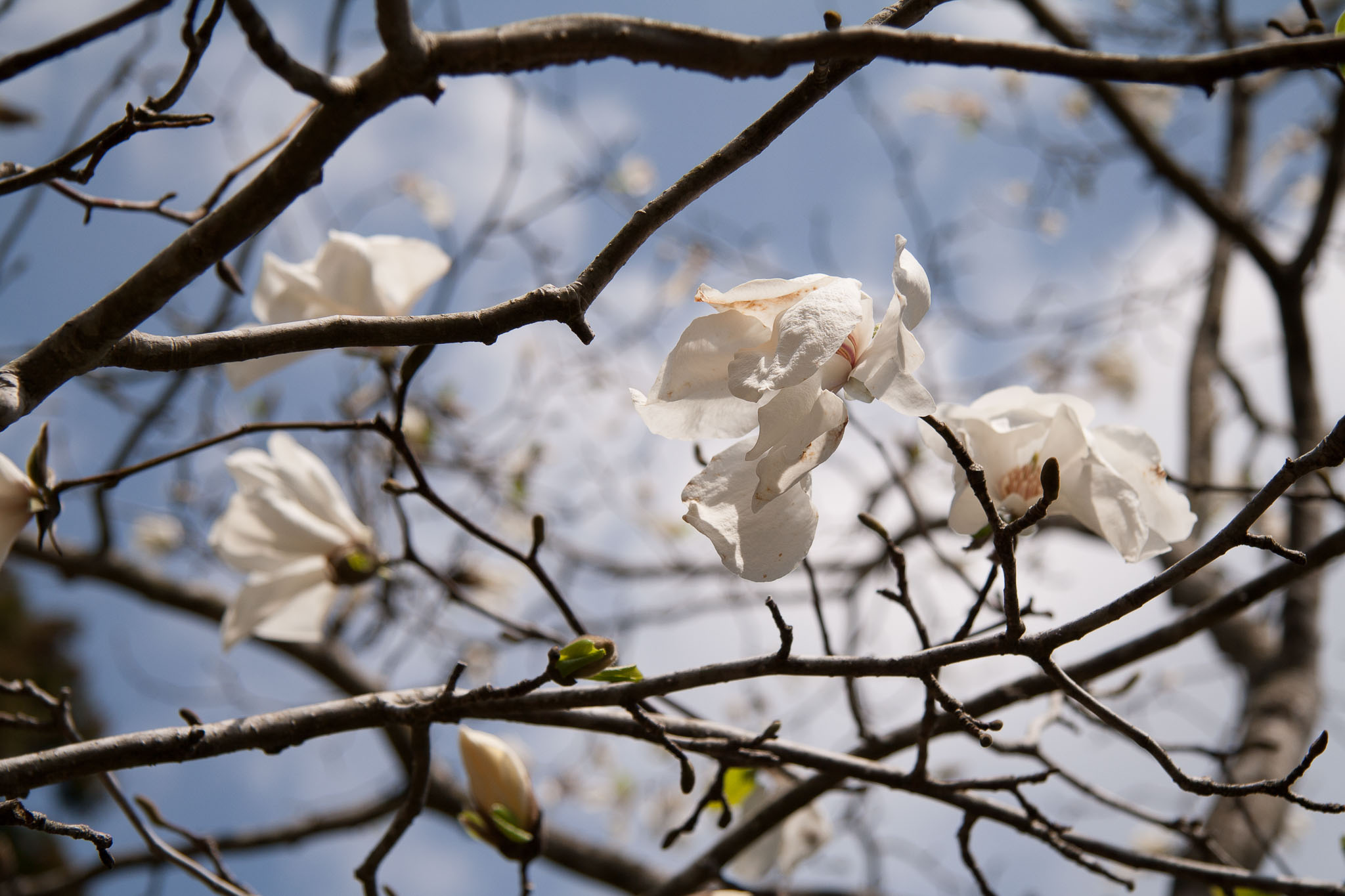 It was on our way out that we decided to follow a sign to the Falls on a whim. When we arrived at a small parking lot and got out the car, we could hear the water roaring.

I guess I must have read about the falls at some point or another because the name sounded really familiar, but I couldn’t match an image to it. Which is why, when we descended those first steps, my breath was taken away. 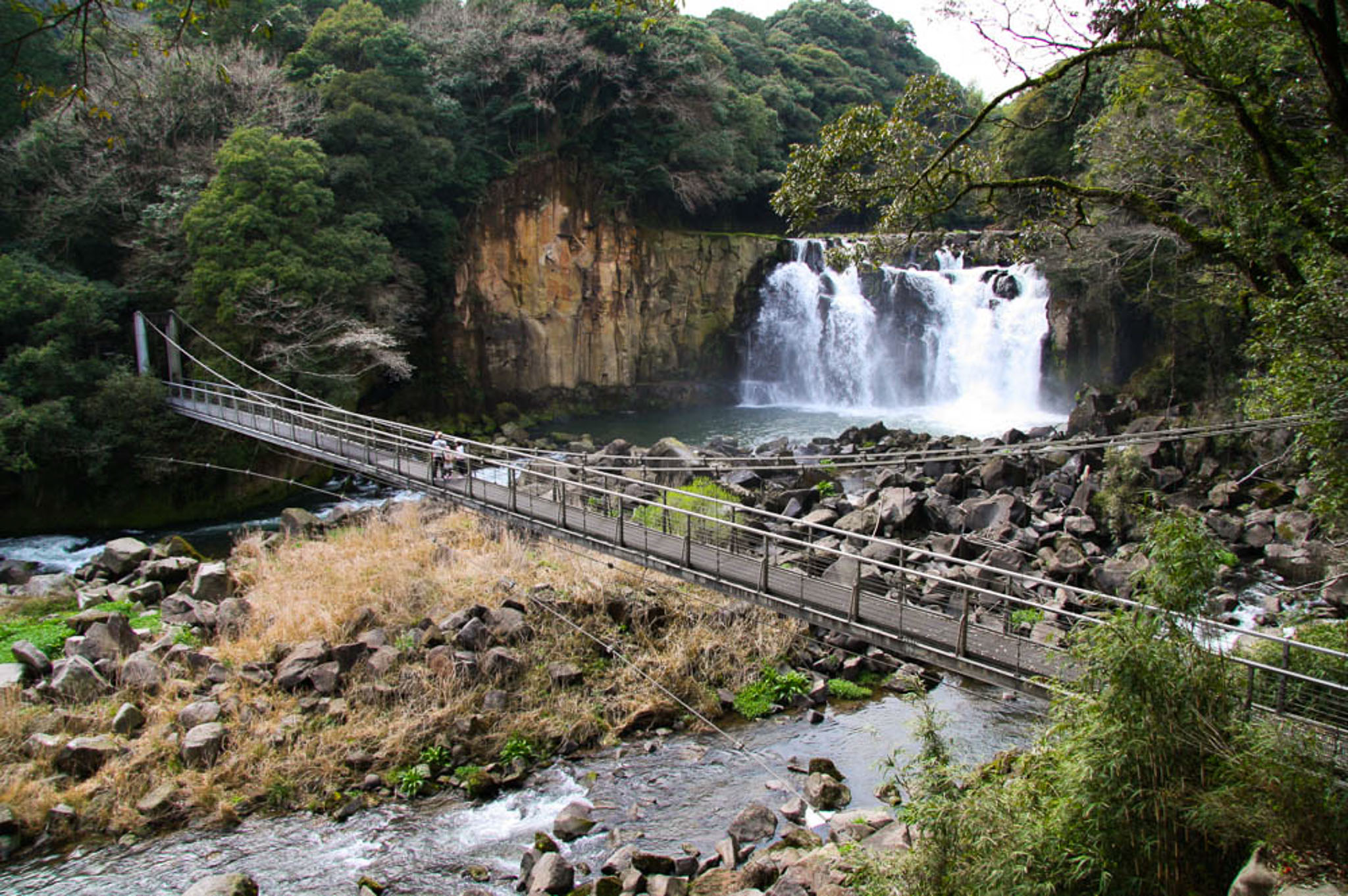 The large waterfall, at 40 m wide and 18 m high, is formed from water spilling through the cracks of potholes in the Shounai riverbed. Years of erosion  have created these giant stepping stones that, grouped together,  resemble the shell of a tortoise. A narrow bridge takes you across the river to a small beach where you can walk up across them if you like. 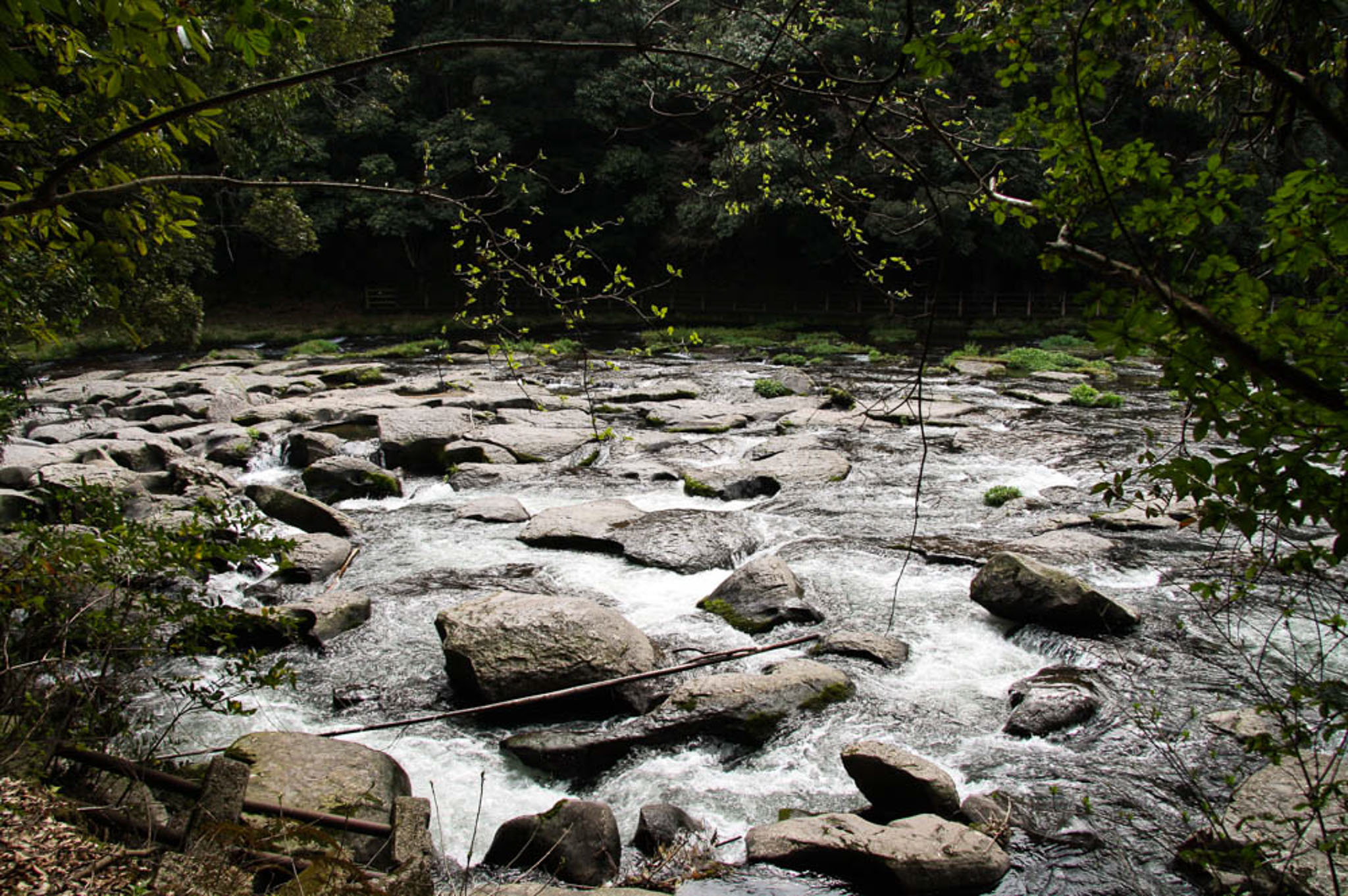 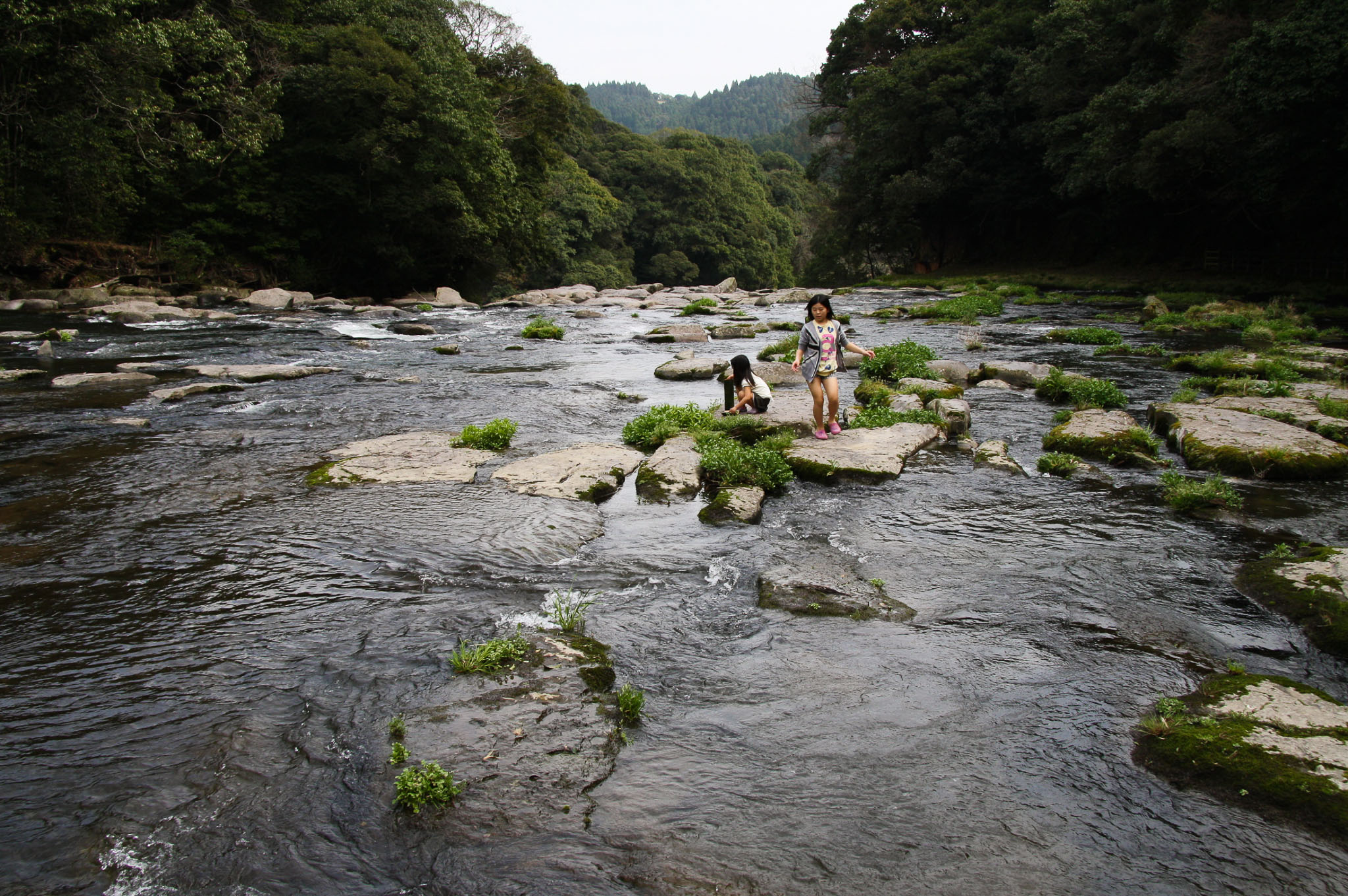 This path leads down to the waterfall and a suspension bridge, which hangs close enough to the falls to feel its spray on your skin (and your camera, if you’re not careful!). It also offers views of the lower river and two, smaller waterfalls nicknamed the “male falls”, called Odaki, and the “female falls” called Medaki. Japan sure likes to genderize things. 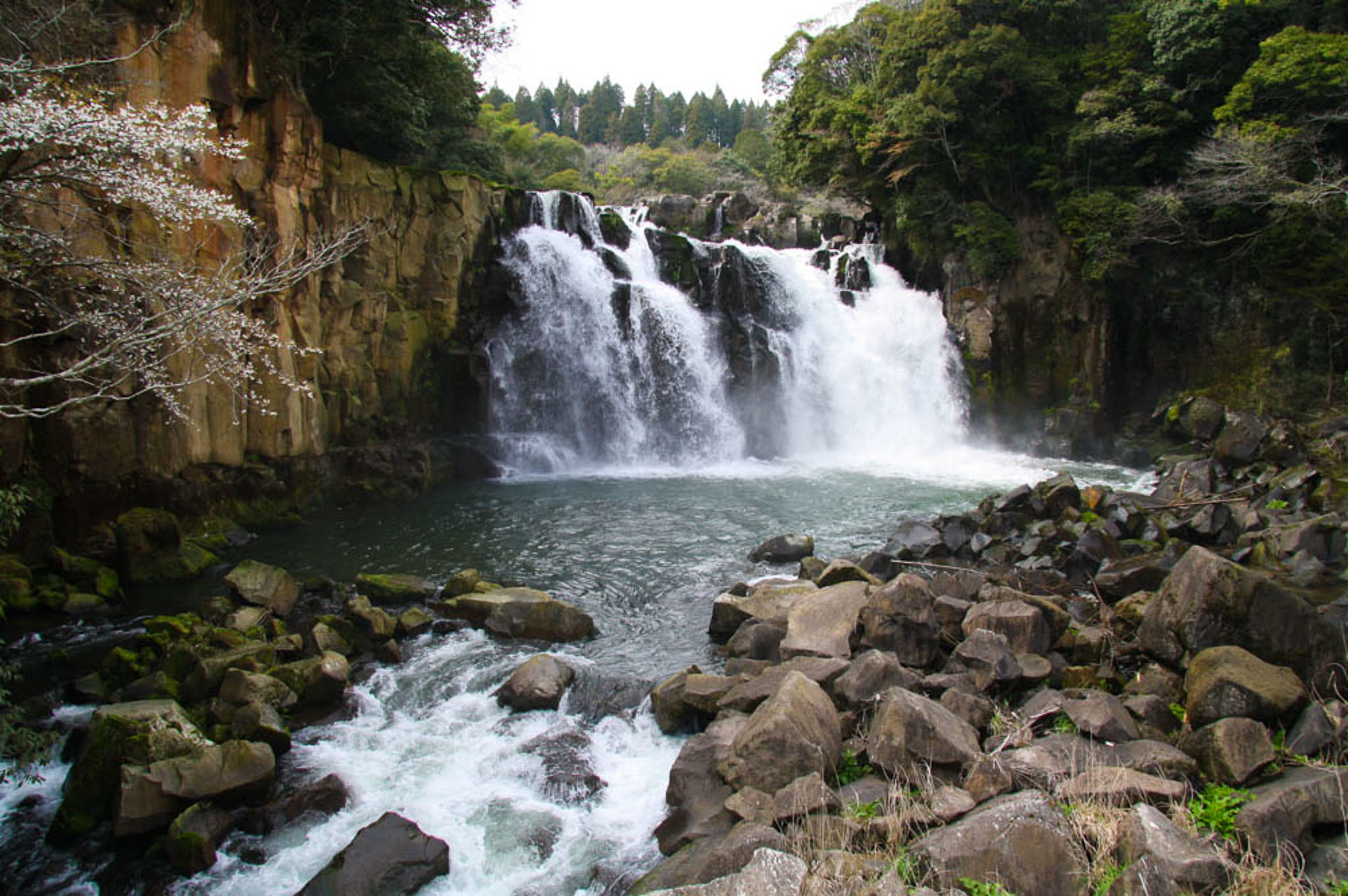 It blows my mind a little that we could see and do all this and not spend a cent. But there is a little souvenir shop in the parking lot to appease the guilt. I picked up a brochure there that explains the “power of the falls” in pretty impressive English: “In the natural world, there is a phenomenon called ionization in which fine water droplets in the air divide, taking on a positive charge, and leaving the surrounding air with a corresponding negative ionization”.

It is said that these ions are absorbed into the body and can restore the alkaline levels of blood and other body fluids. Negative ions are also supposed to improve the metabolism, although I’m pretty sure walking up and down all those stairs gets the job done all the same.

We had plans that night in Saito, so had to head back eventually. We did have time to stop along the way though and enjoy the beauty of the Miyakonojo countryside. 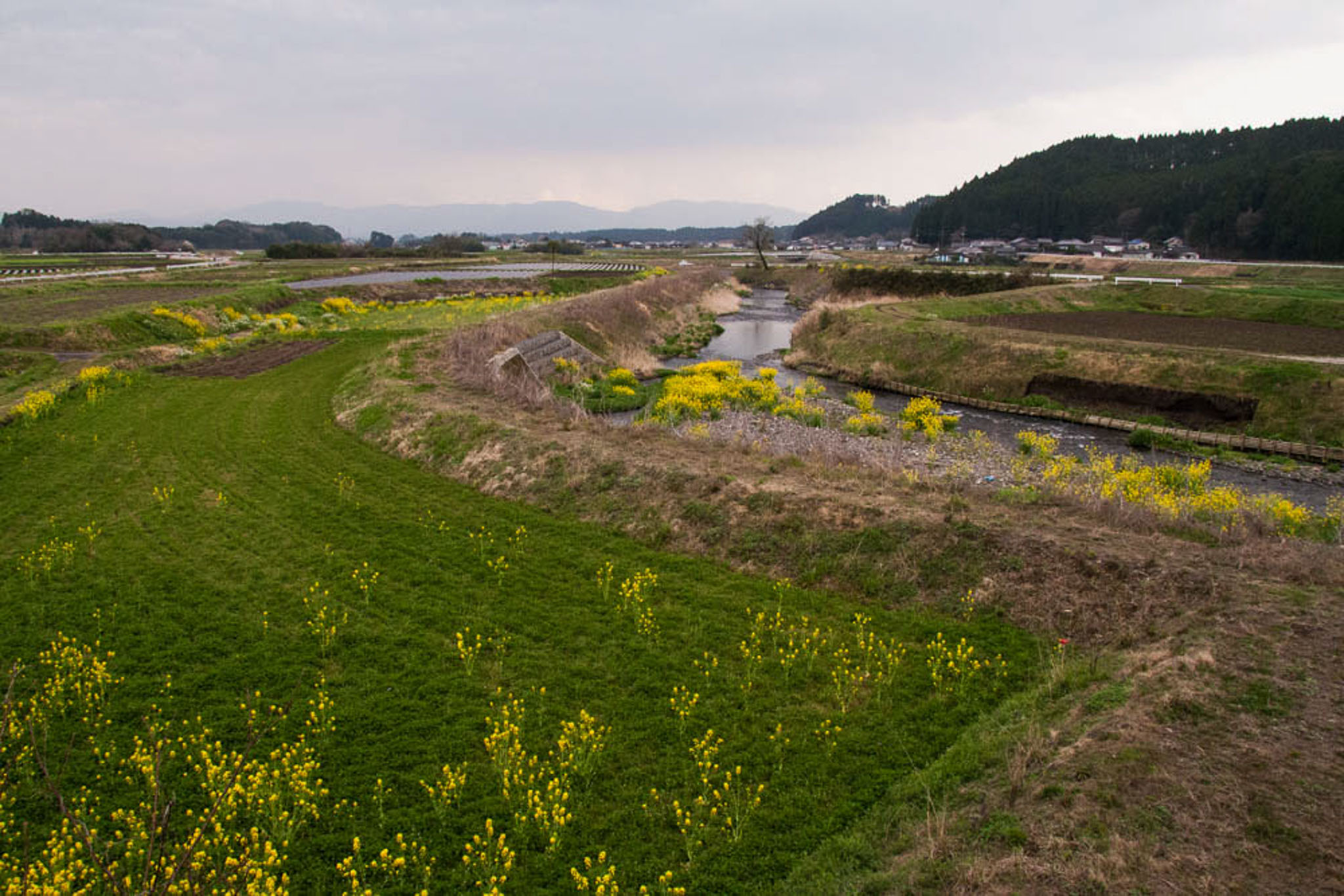 Hi Simone! Love the blog. How long did you find you spent at Sekino-o? I’m heading there this weekend and trying to (loosely) plan my times at each stop. Thanks 🙂

Hi Jacinta! Thanks very much 🙂 I think an hour is enough to do the full walking loop without rushing. But if you’re pressed for time, you could probably do it in 40 minutes. Enjoy, it’s a beautiful spot!