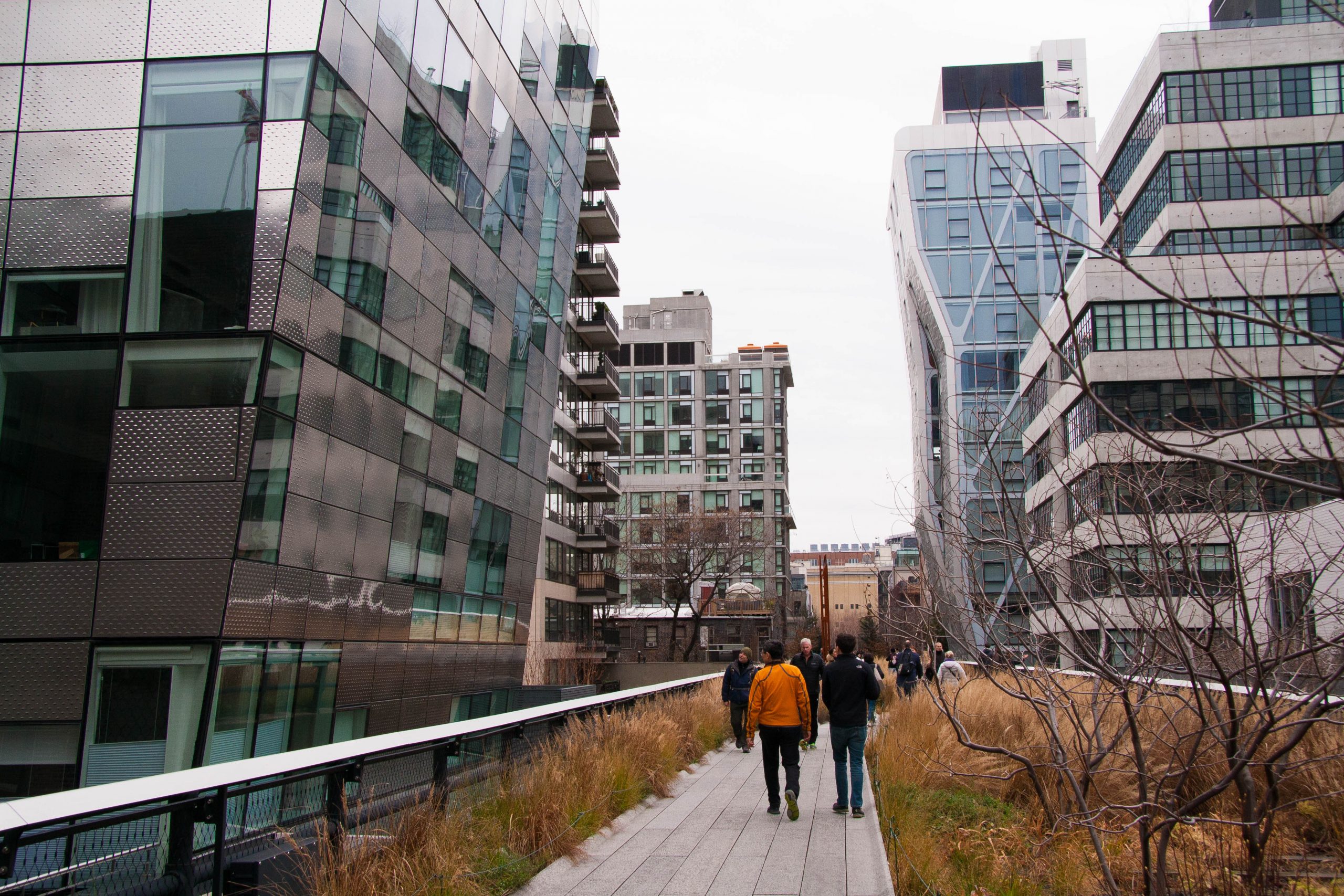 “It’s a pity we’re doing this now. It must look so nice when its all green.”
“It’s ok. You know how much I love dead things.”

Danielle and I had just entered the northern end of the High Line, a 2.3 km (1.45 mi) concrete trail built on an abandoned freight railway track that served Manhattan’s industrial center from the 1930s to the 1980s. Today, it is a public park that extends 22 blocks above the West Side, from 34th Street down to Gansevoort in the Meatpacking District.

My sister’s giggle was part delight and part surprise – the way you laugh when you forget and remember someone all at once. It had been a year since we last saw each other, and a year since I had last been in New York.

I’ve never actually been in the city for any other season – marshmallow streets lined with skeleton trees are just how I know it. And even though it was unusually warm for late December with not a snowflake in sight, it was still very much winter. But as I soon came to realise, Manhattan’s most innovative park is a treat in all seasons. 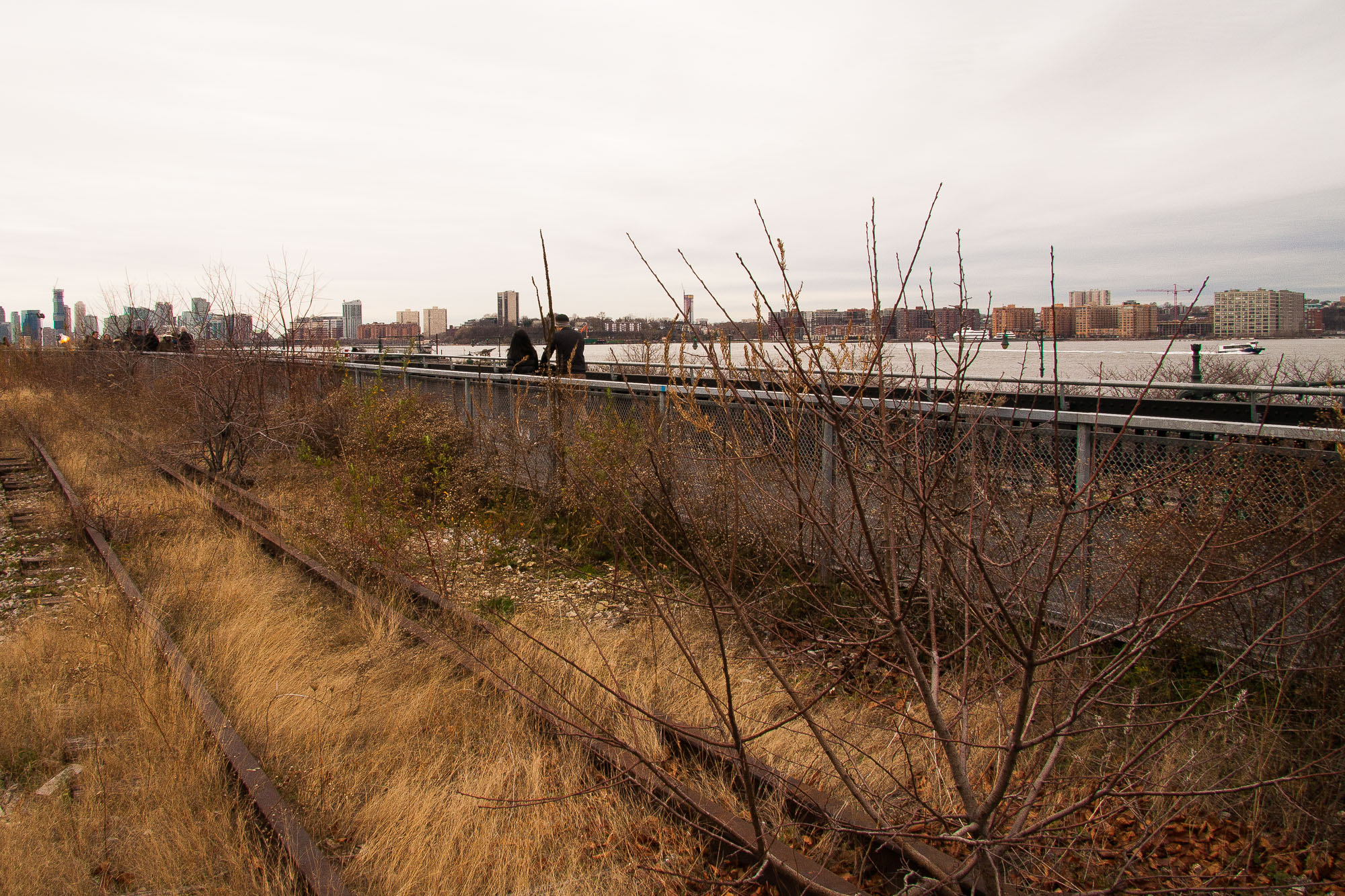 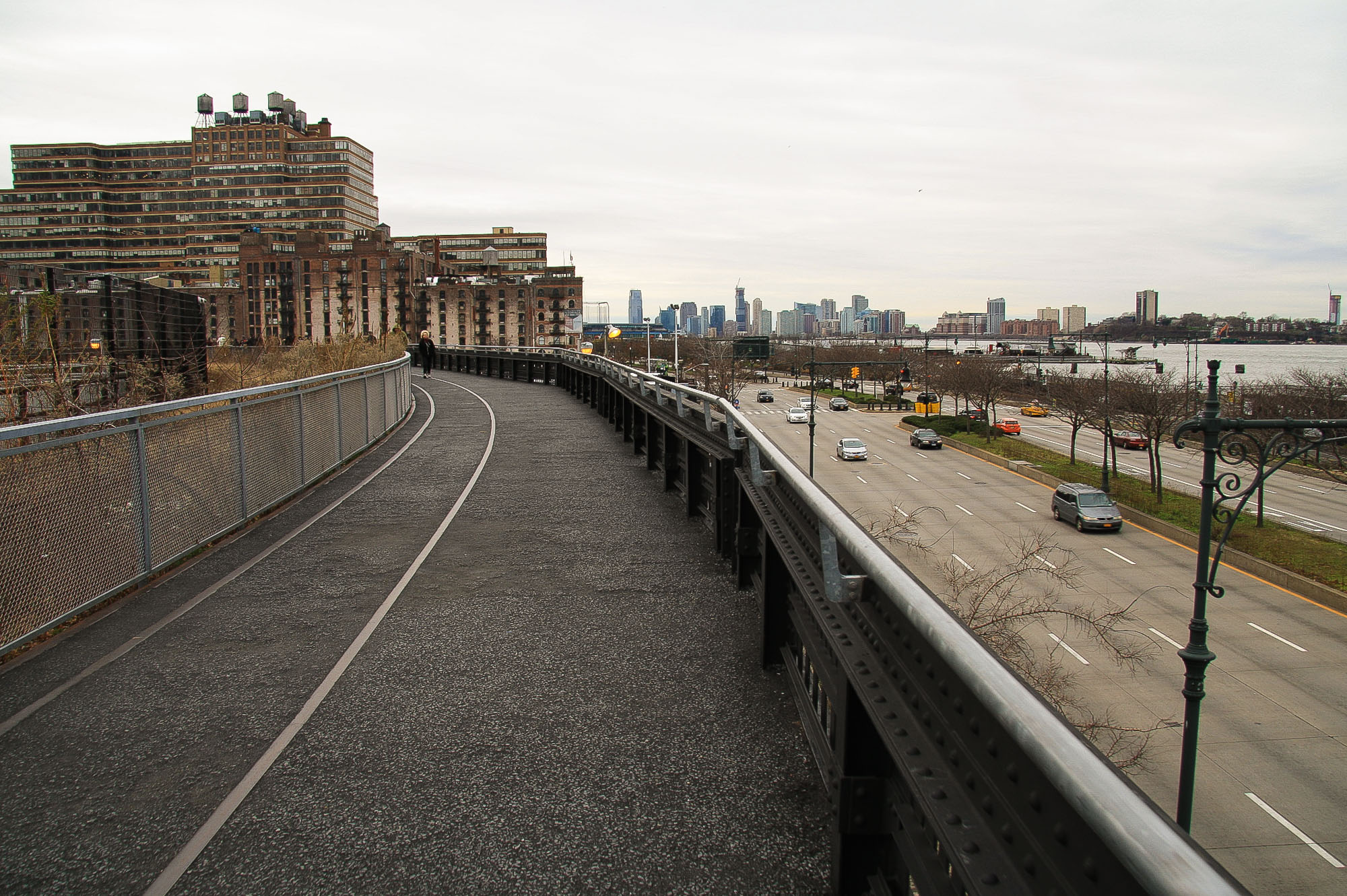 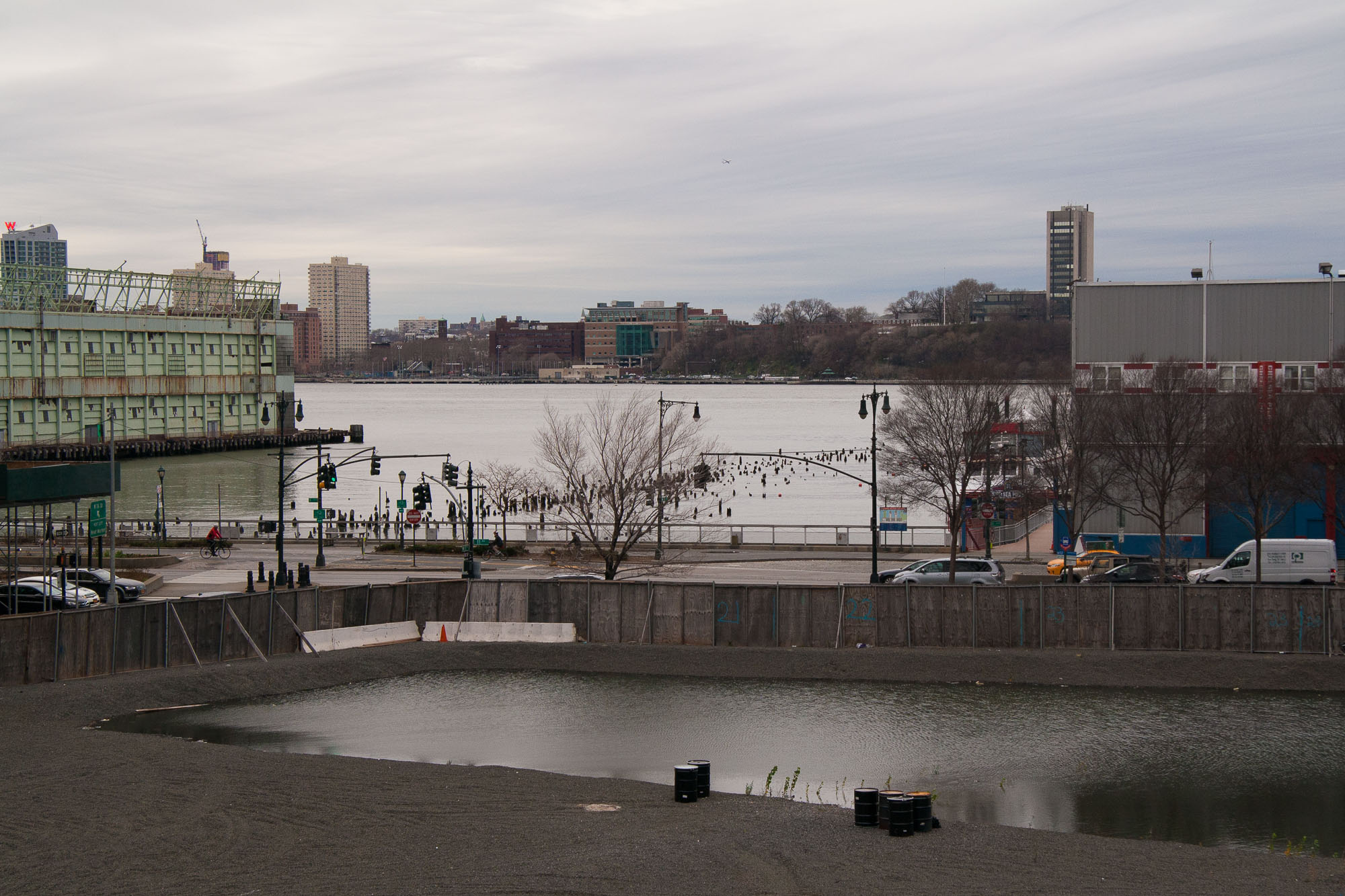 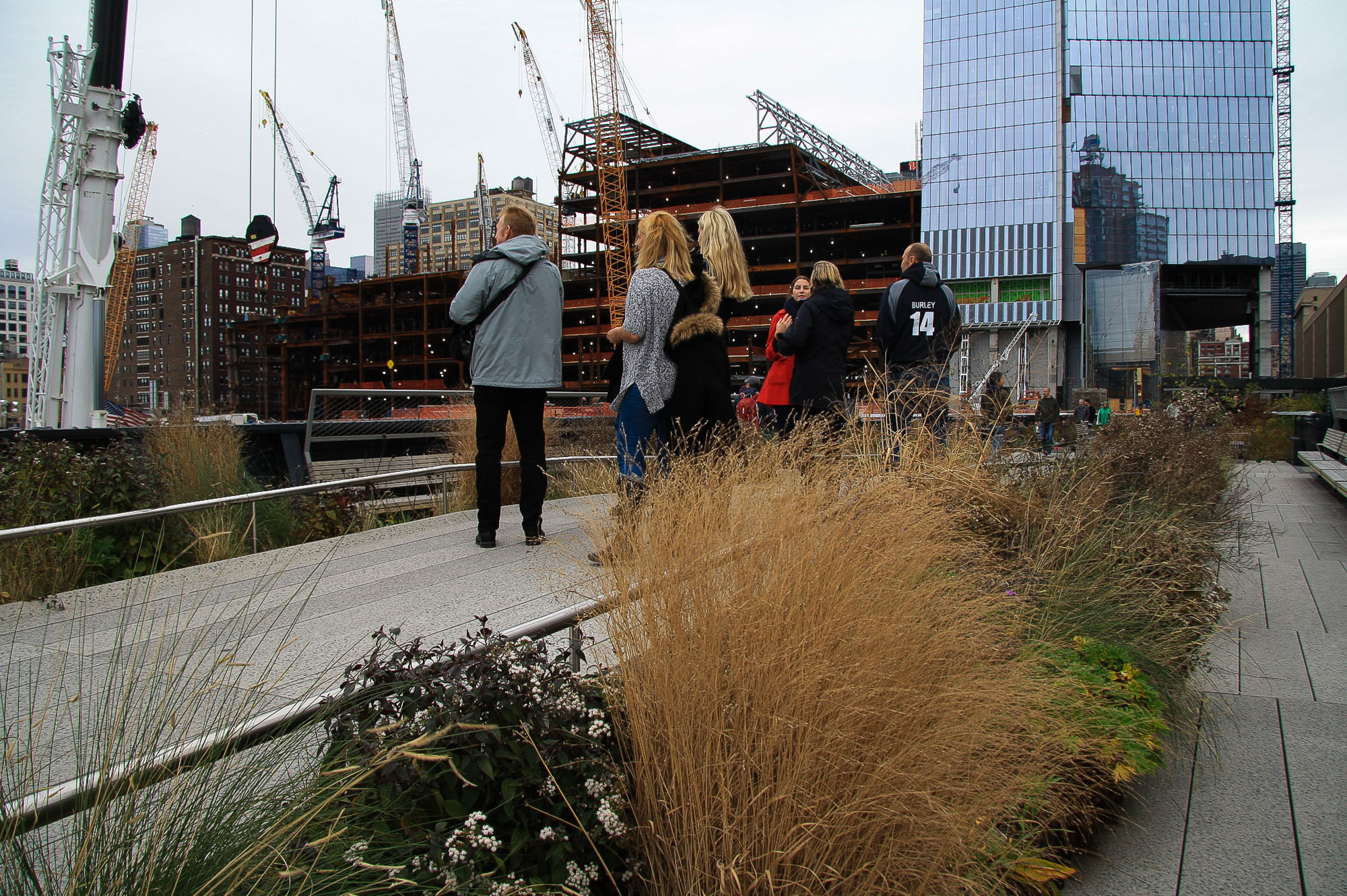 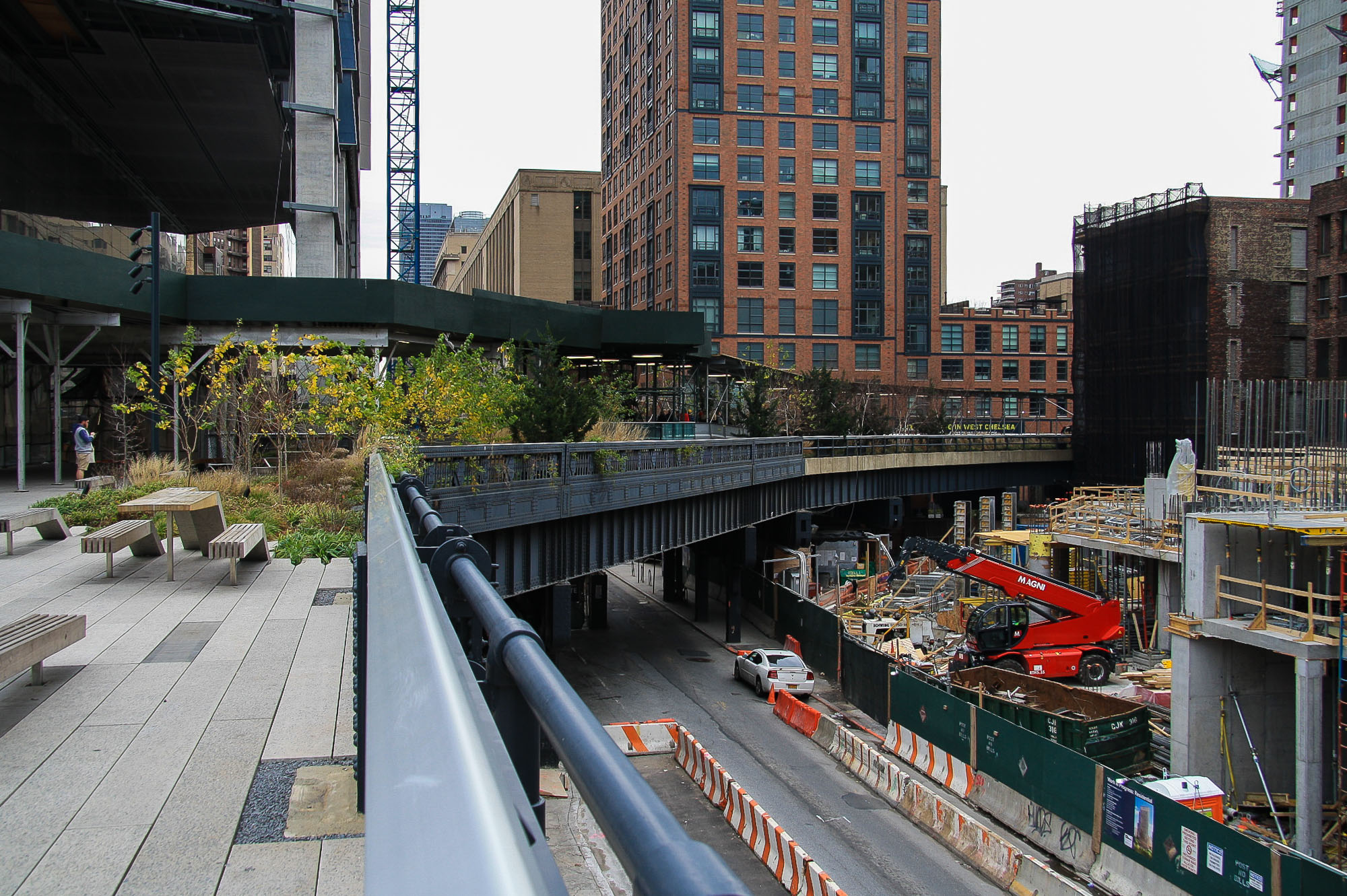 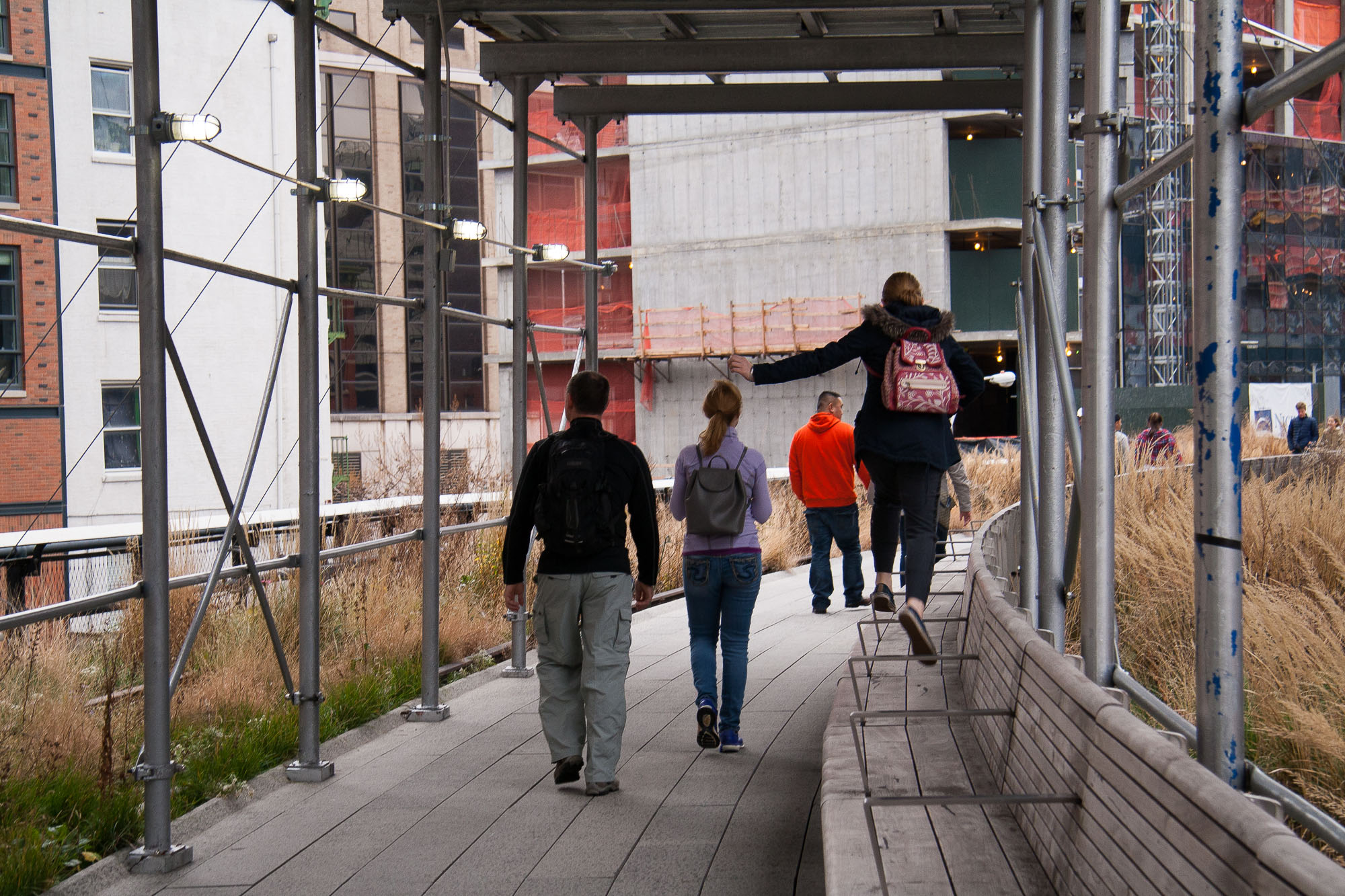 The interim walkway of the High Line winds around the Hudson Yards and up to the 11th Avenue Bridge. Its probably the most rustic section of the park, with just a simple footpath that sits alongside the original train tracks. But it offers expansive views of the Hudson River to the right and the city to the left.

“This is so cool,” I said out loud. Danielle smiled smugly; New Yorkers love it when you acknowledge the awesome. But really, the High Line is. Of all the times I’ve been to Manhattan, I’ve never quite seen the city in the way that this park allows.

As you walk along, the view turns into an ever-changing kaleidoscope of old buildings and new skyscrapers, stamped with graffiti in some places and commissioned art in others. It’s the quintessential juxtaposition of those contrasts that give the city its character; old and new, rich and poor, high-end and hipster. 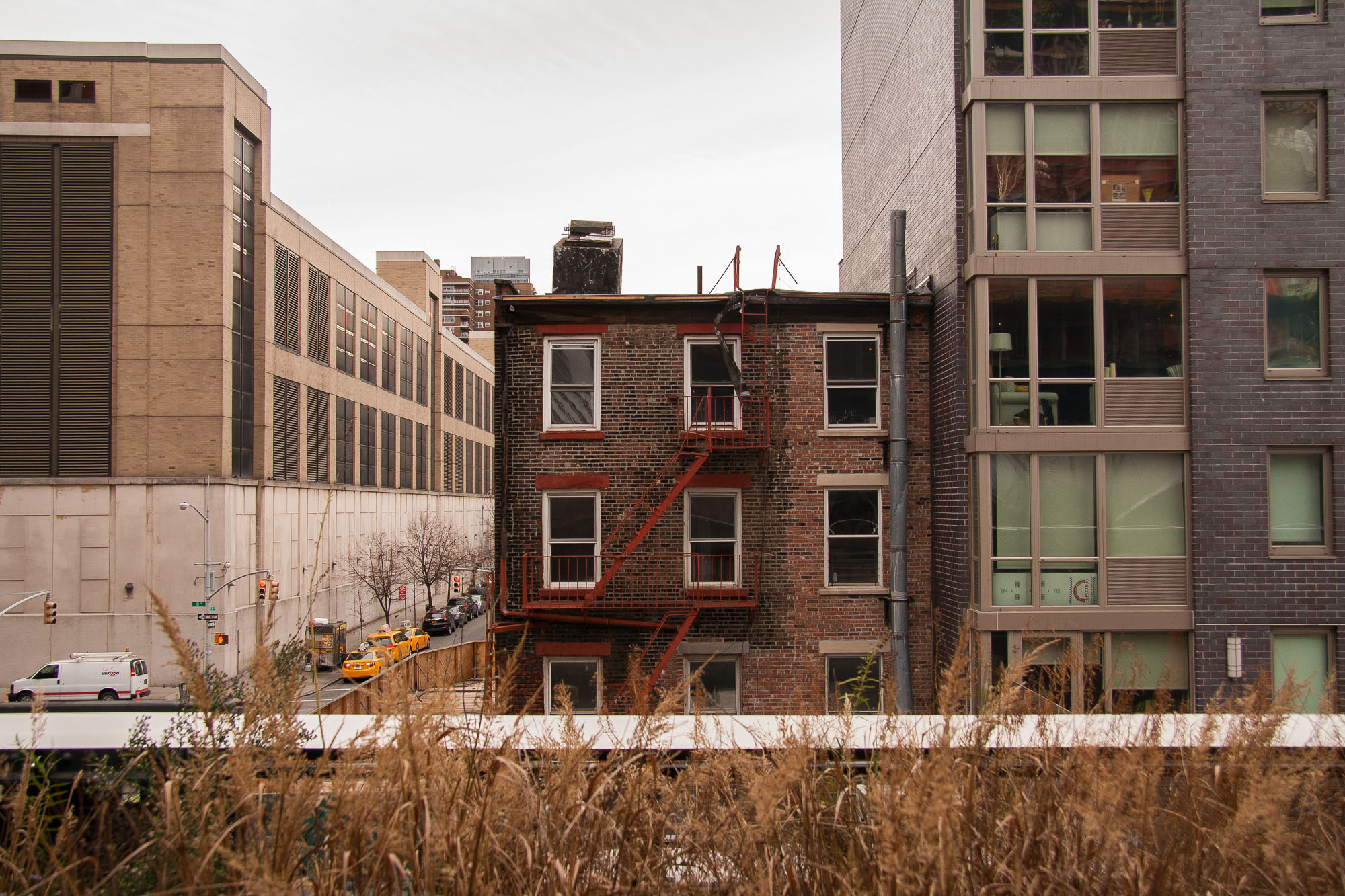 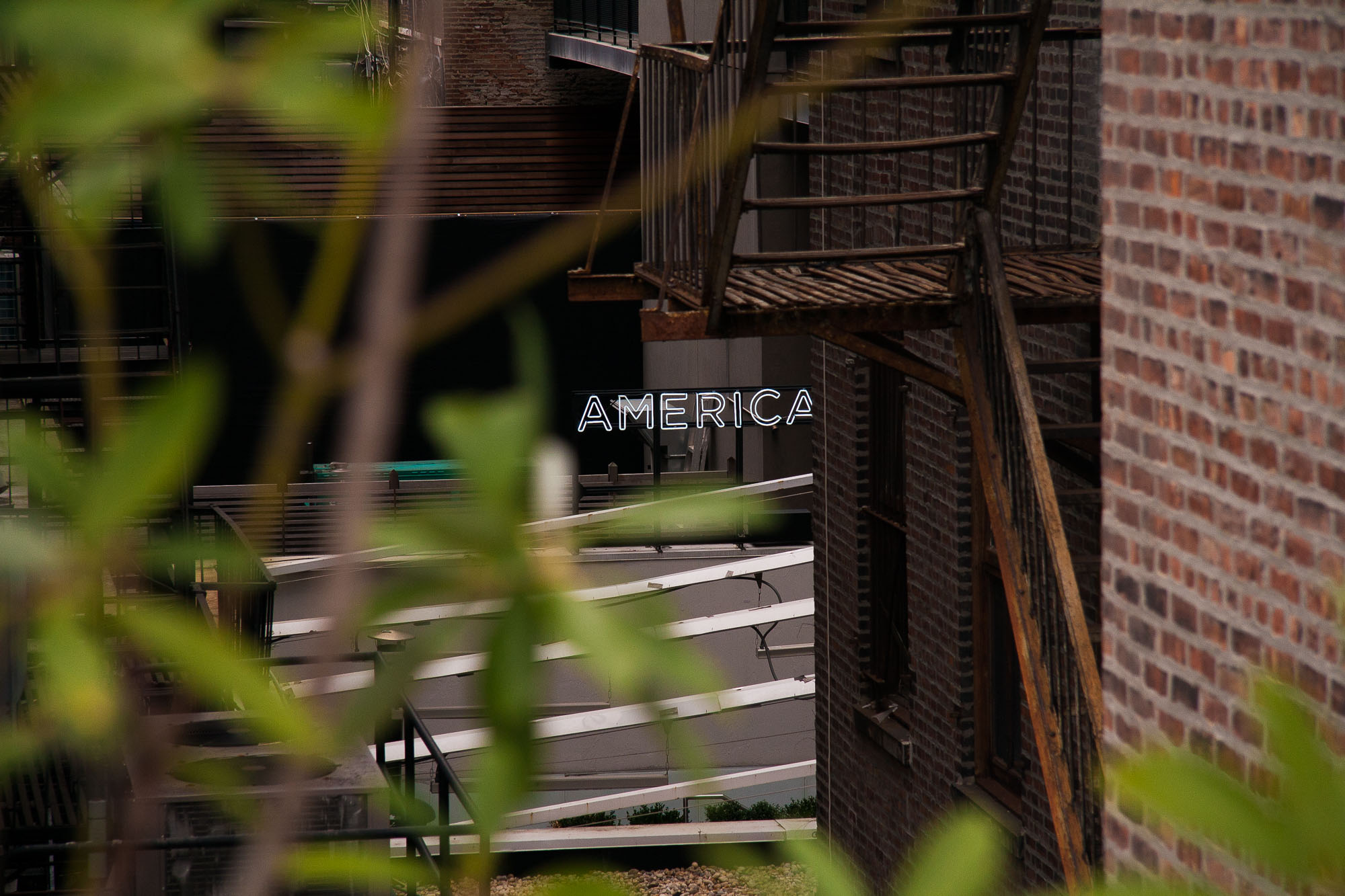 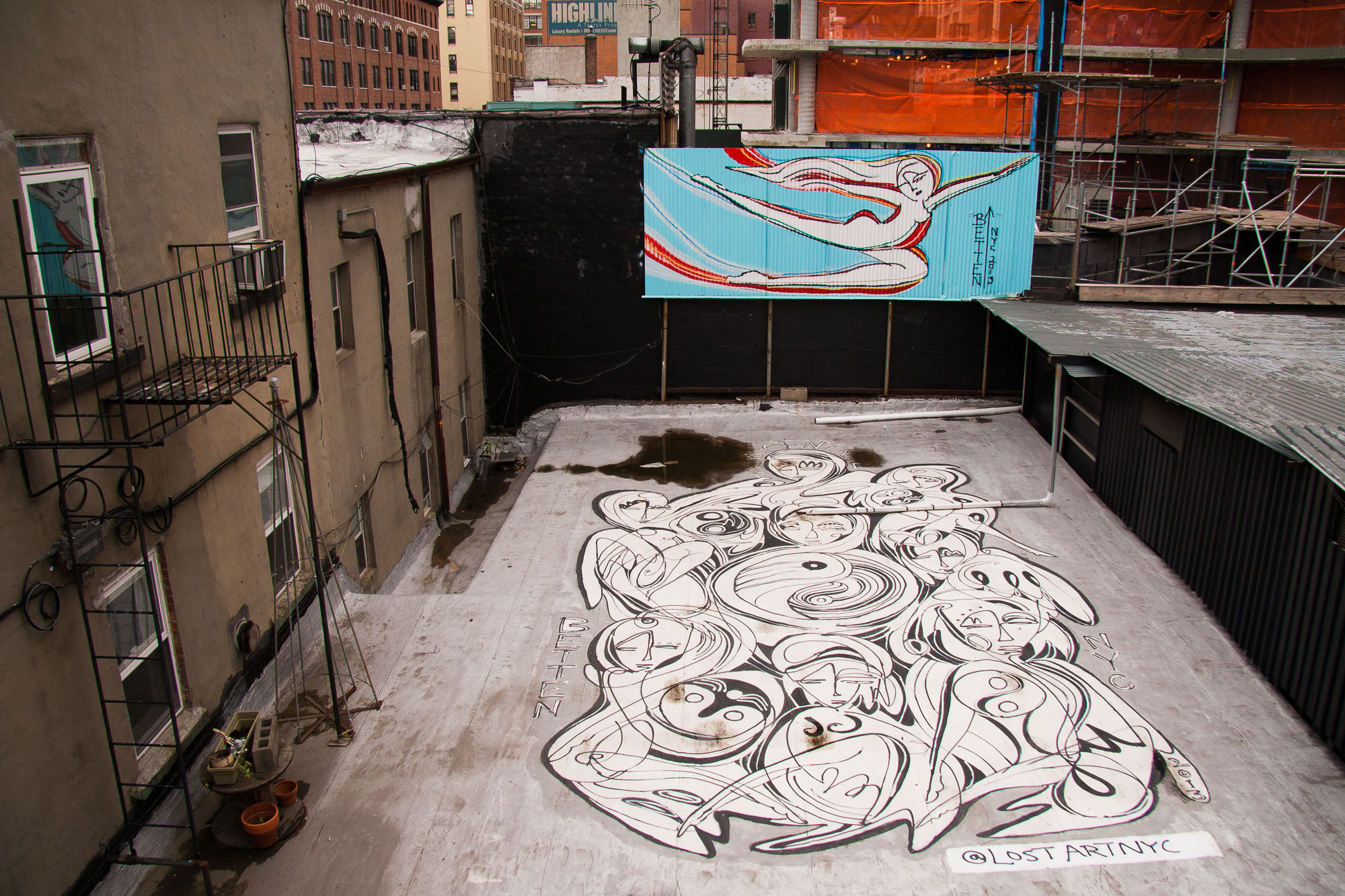 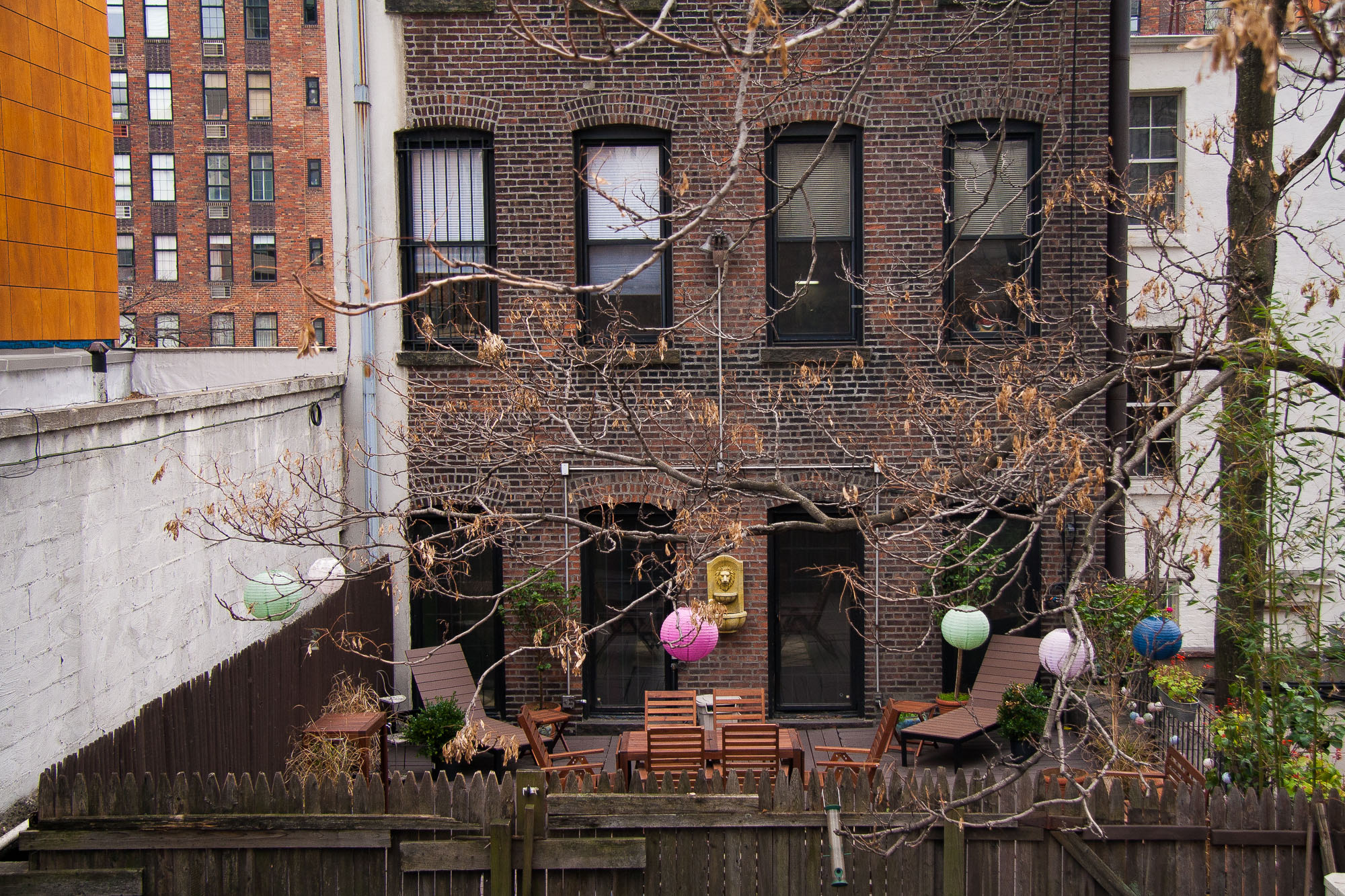 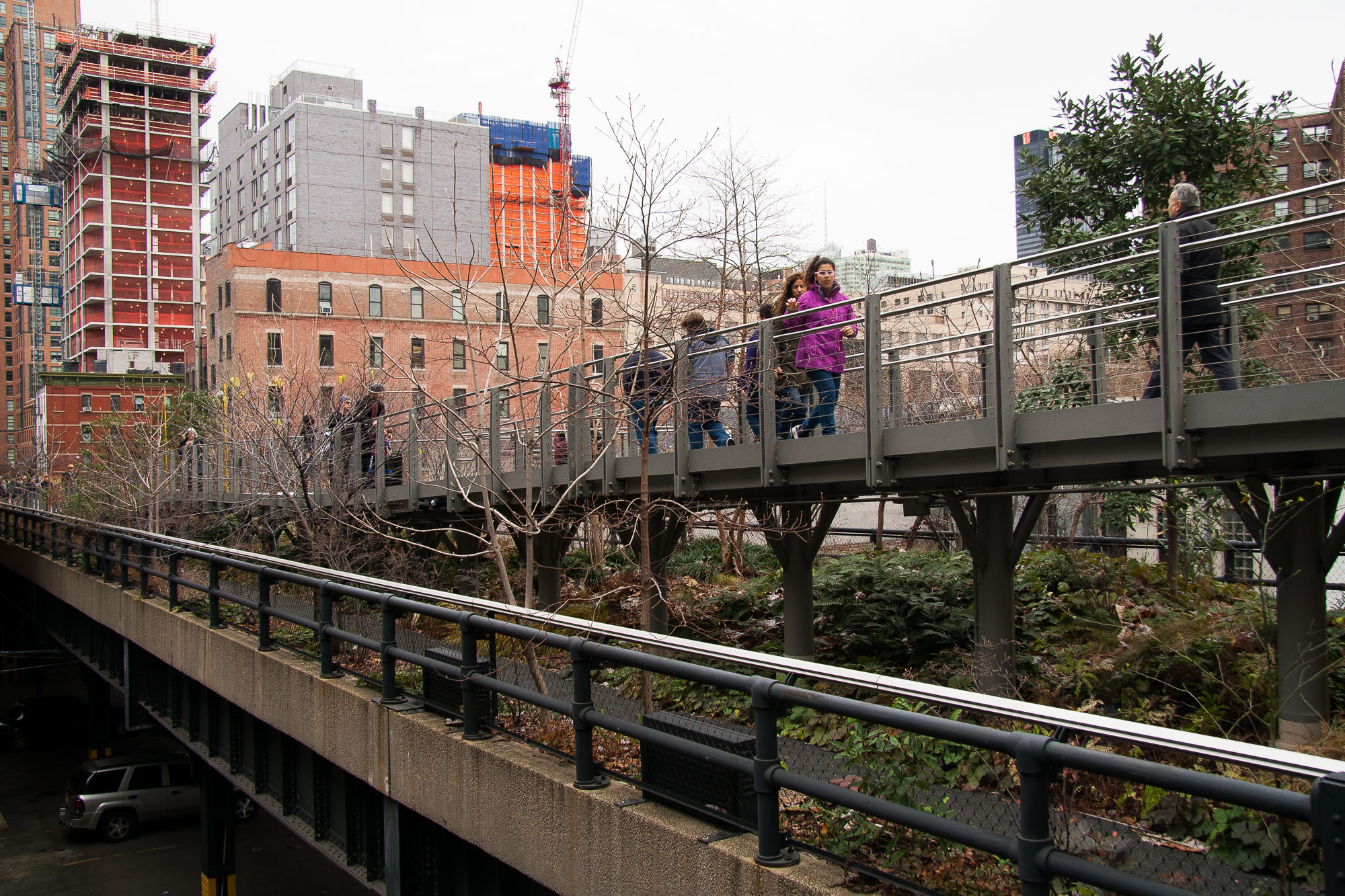 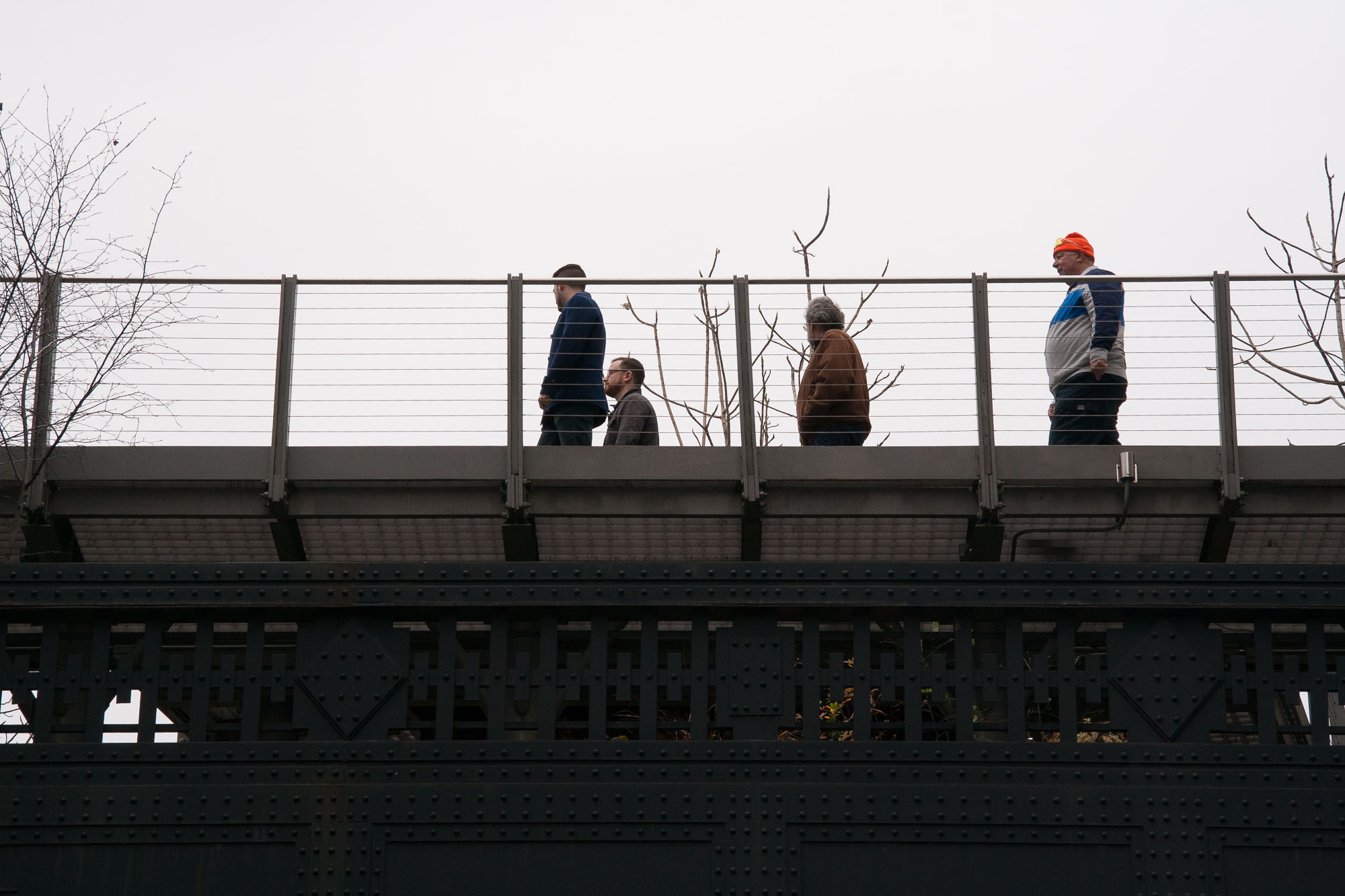 The best part is the staircases that are dotted along the walkway. Spotted something from above that you want to get a closer look at? Simply pop down, and then pop back up.

We did just that when we got to Chelsea. It was lunch time and the neighborhood’s namesake market is well known for its delicious eats. The food court sells everything from Japanese-style Mexican (Takumi) to Australian meat pies (Tuck Shop).

The High Line was first the West Side Line, a street grade railroad built in 1849. Right up until the 1920s, immigrants flocked to the city’s West Side, settling alongside the many docks, factories and warehouses in the area. The neighborhood bustled with traffic. Trucks, pedestrians, trains and horse carriages all competed for space, and the frequent accidents that occurred caused Tenth Avenue to become colloquially known as ‘Death Avenue’.

Something had to be done. The City of New York and the New York Railroad found solution in the West Side Improvement Project, which elevated the track off Tenth Avenue to run through the center of blocks. Construction was completed in 1934. 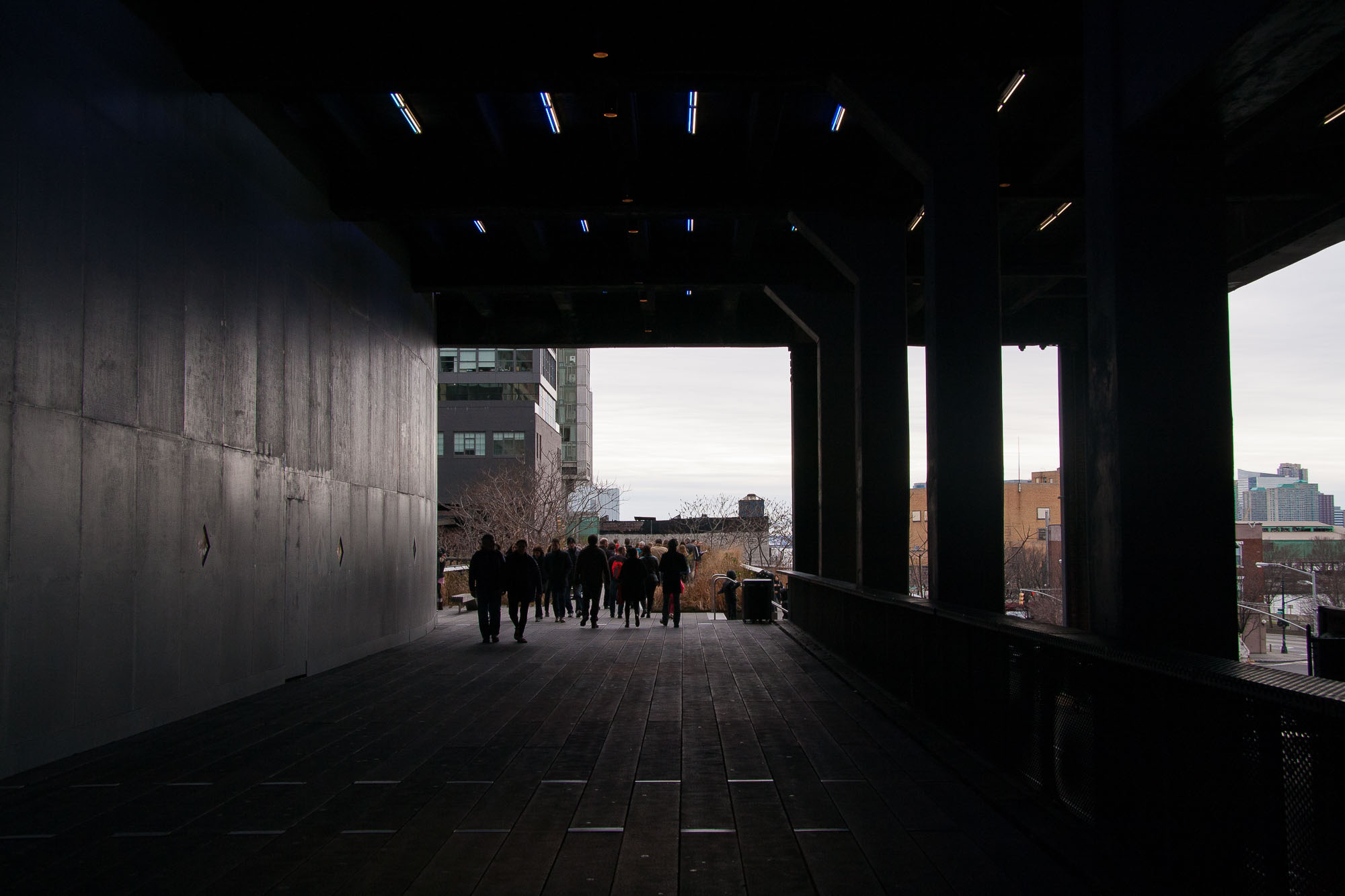 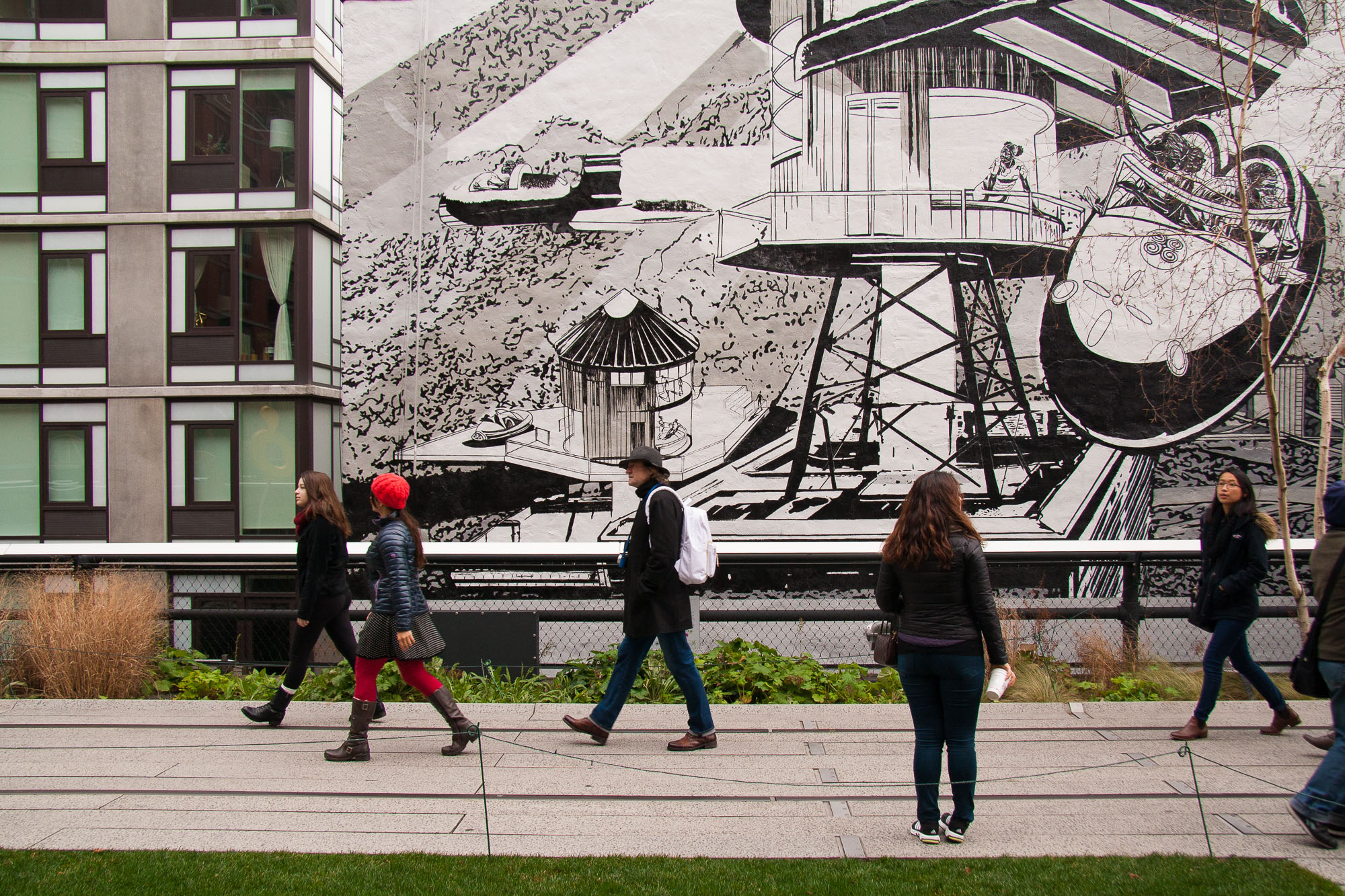 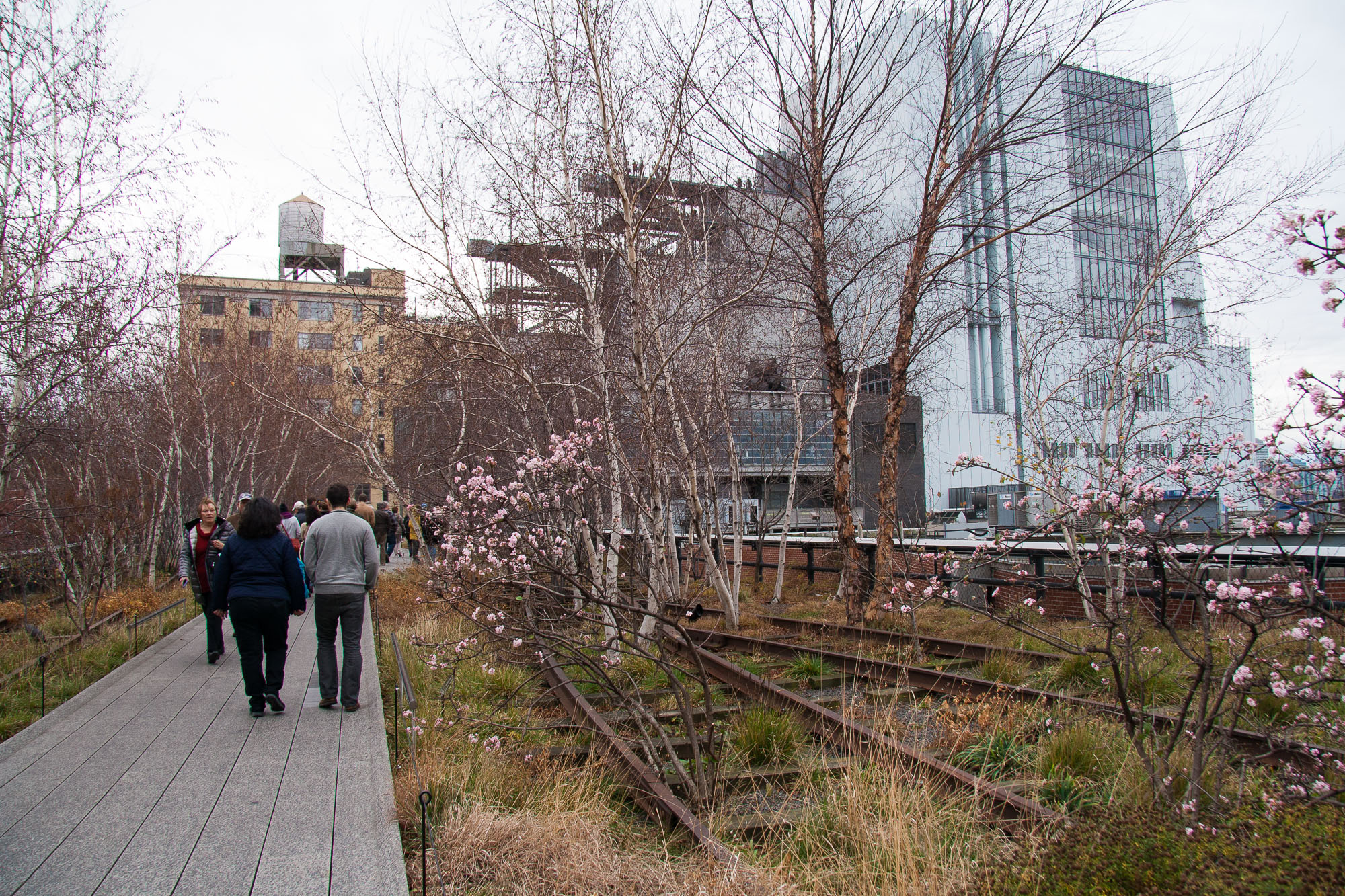 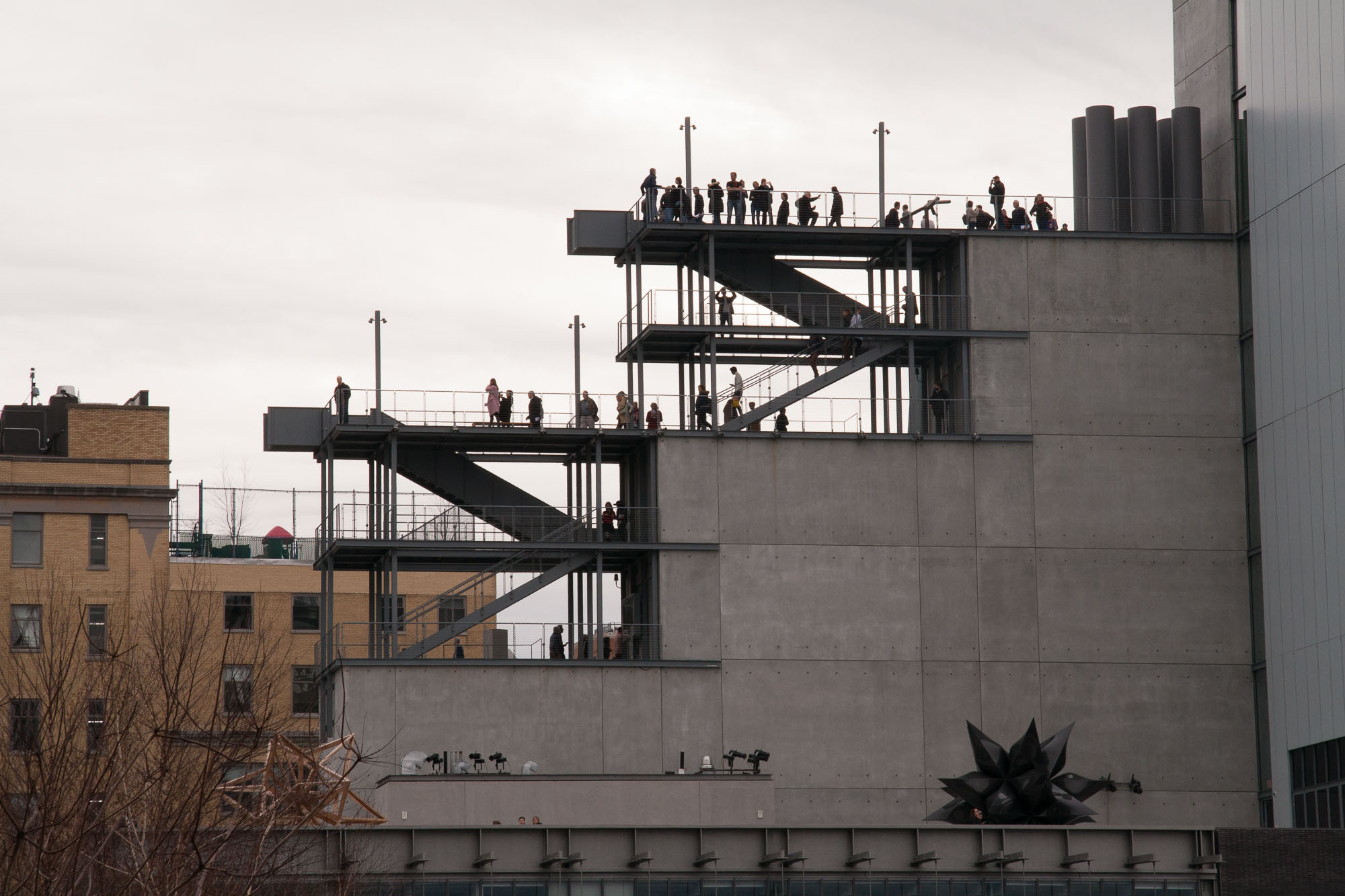 By the 1950s, interstate highways had caused a decline in rail transportation and the southern end of the High Line, from Spring Street to Gansevoort, was demolished. Thirty years later, the last train had run on its tracks.

Nature began to reclaim the High Line while local property owners lobbied for its demolition. Peter Obletz, a Chelsea resident and railroad enthusiast, purchased the line for $10 to save it from its fate.

In 1999, Friends of the High Line was formed. The non-profit group pushed for the reclamation of the railway and solicited designs for its reuse via a competition. The bid went to architects Diller Scofidio + Renfro and landscape architect James Corner. Construction began in 2006 and the first section opened to the public in 2009. 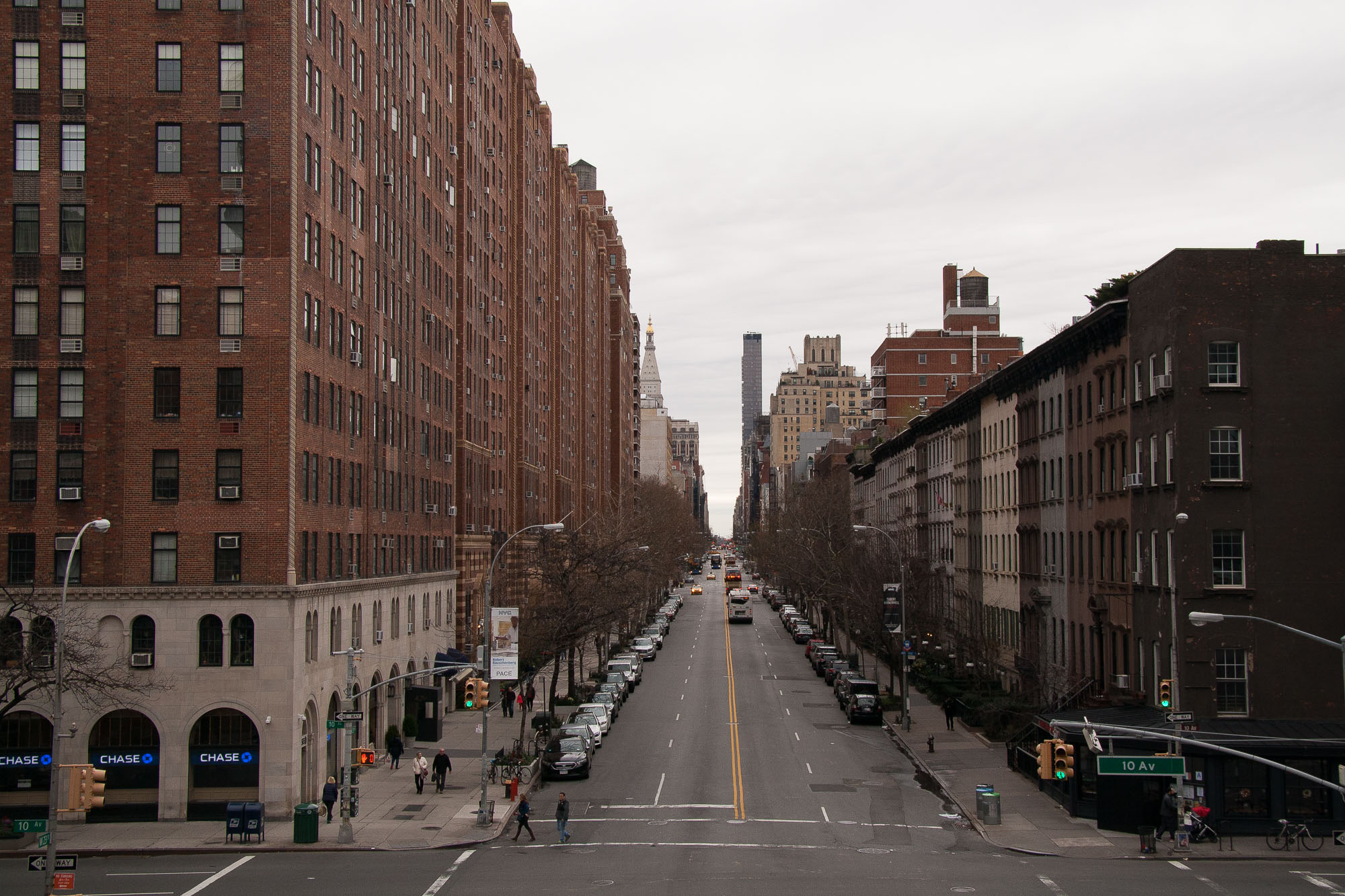 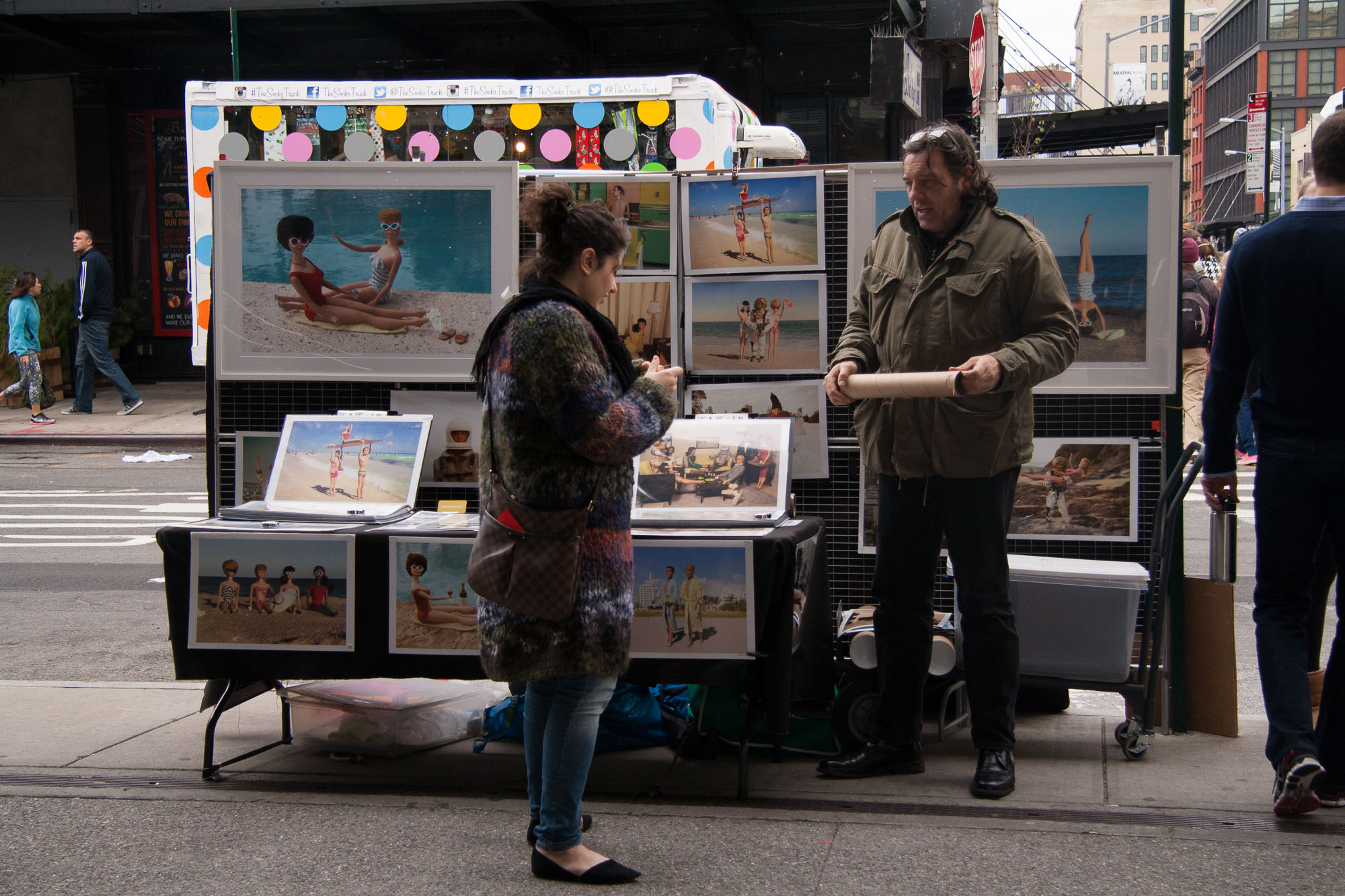 The High Line ends in the West Village, where we stopped in at Jonty Jacobs . The hole-in-the-wall store sells an array of imported goods from South Africa and – the best part – custom order biltong. On a scale of one to pricey, it definitely leans toward the latter, but it’s worth it when you need a fix.

Which is exactly what people are getting from the high line, I imagine. Once you go track, you never go back.