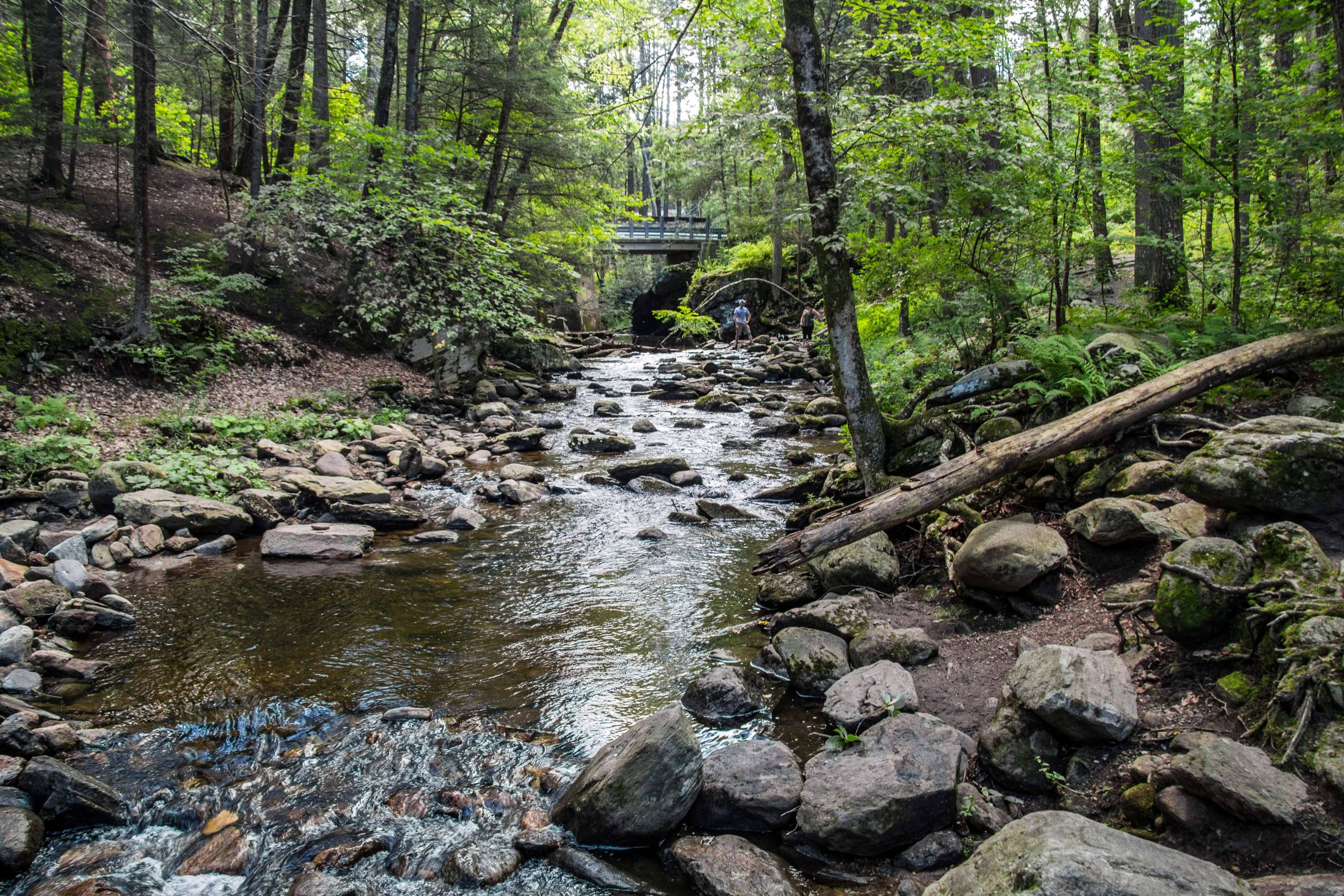 One of my favorite things about living in Connecticut is being surrounded by nature. Despite being a pretty urbanized state, there is plenty of untouched land filled with rolling hills, woodlands and water. While most of the latter comprises of modest waterfalls, there is a dramatic series of cascades in Litchfield Country that are the exception. 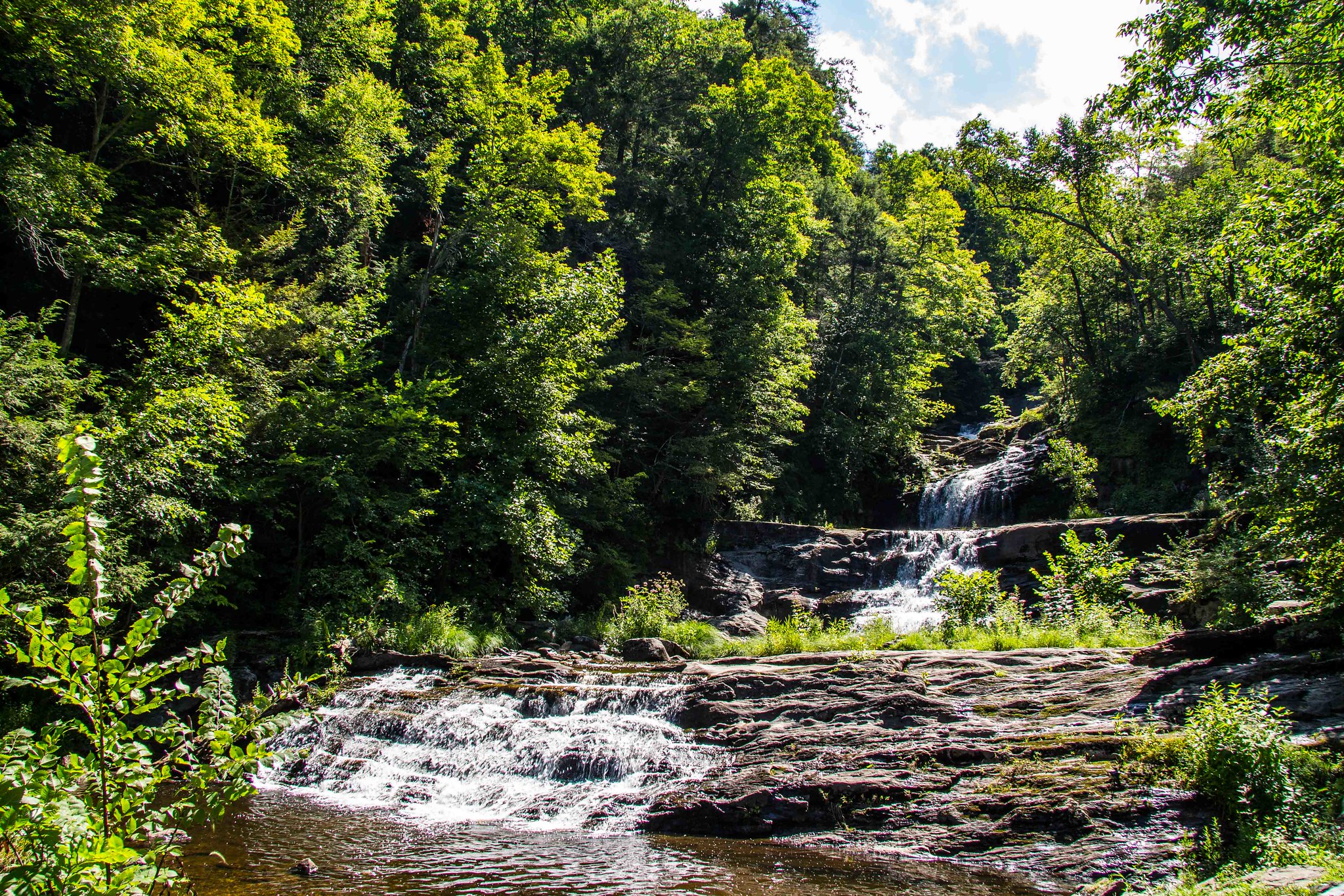 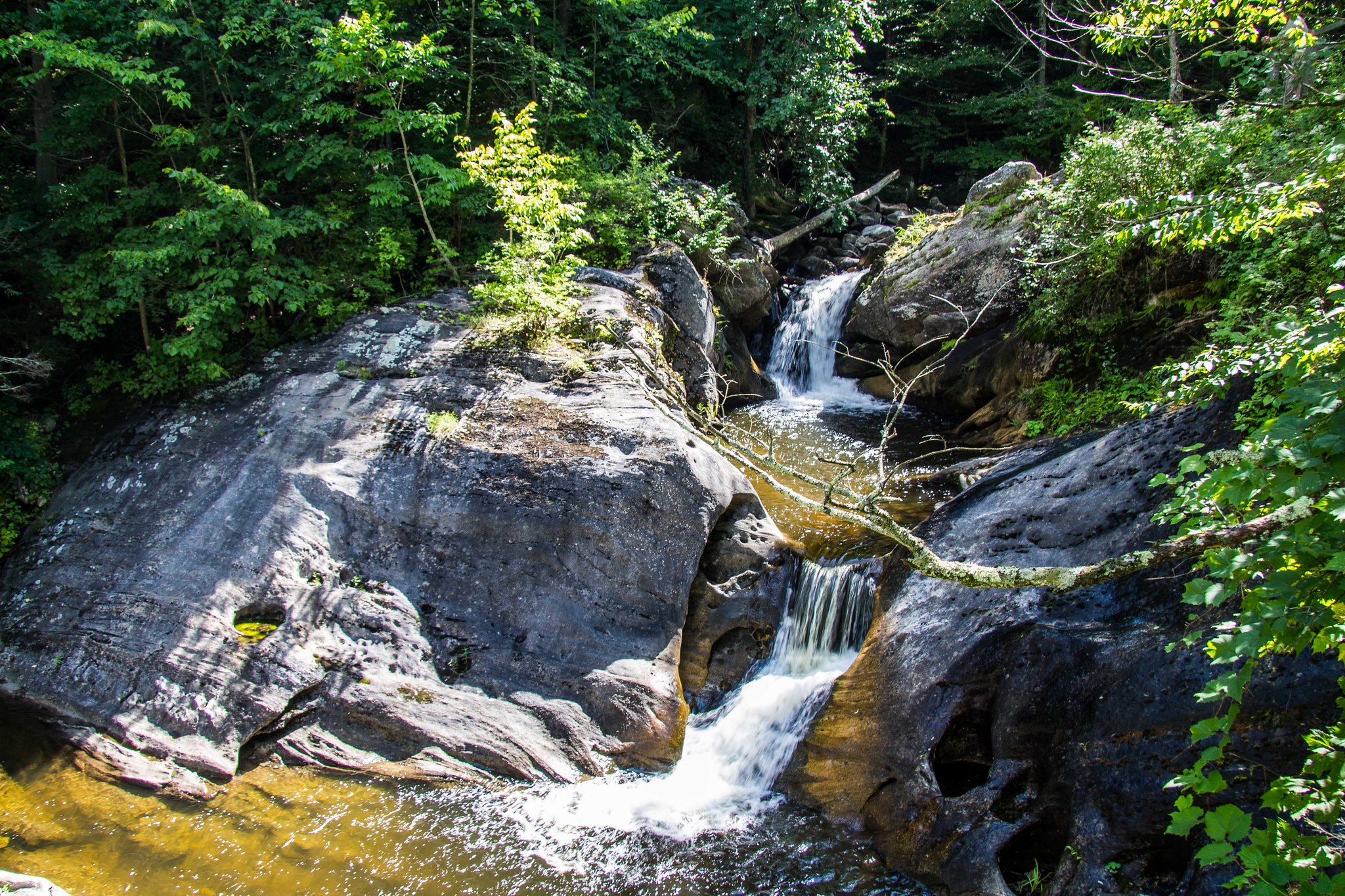 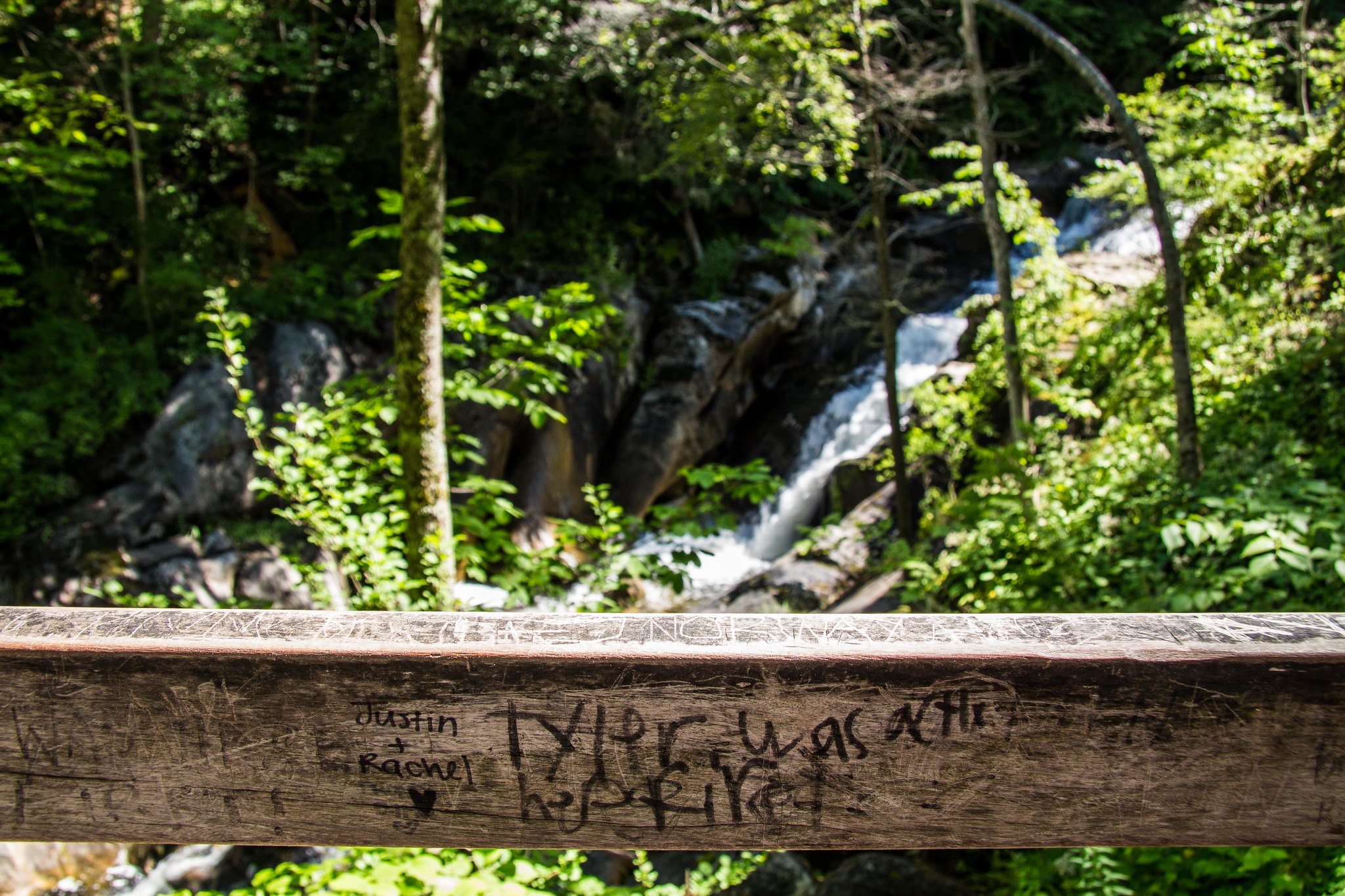 Kent Falls forms part of Kent Falls State Park, a public recreation area in the north-eastern part of the town…you guessed it, Kent. The Falls are a series of cascades and waterfalls on Falls Brook, a tributary of the Housatonic River. This area of Connecticut was once coral reefs, which were buried under other rock when Europe and Africa shifted towards America.

The minerals in the rocks re-crystallized with increasing heat and pressure, and the coral turned to marble. When impurities formed in the marble from the sand and mud around the reefs, some layers of the marble become more resistant to the effects of the flowing water. These alternating layers of hard and soft bedrock caused the multiple falls and cascades to form.

The falls drop 250 ft (76 m) in under a quarter mile (0.4 km), with the largest cascade dropping more than 70 ft (21 m) into a pool. A trail leads from here along the right side of the falls up to the base, where it crosses a bridge and heads back to the parking lot on the other side. For a quicker hike, you can simply walk up to top and back down again along the falls, where there are several outlooks and viewpoints along the way. 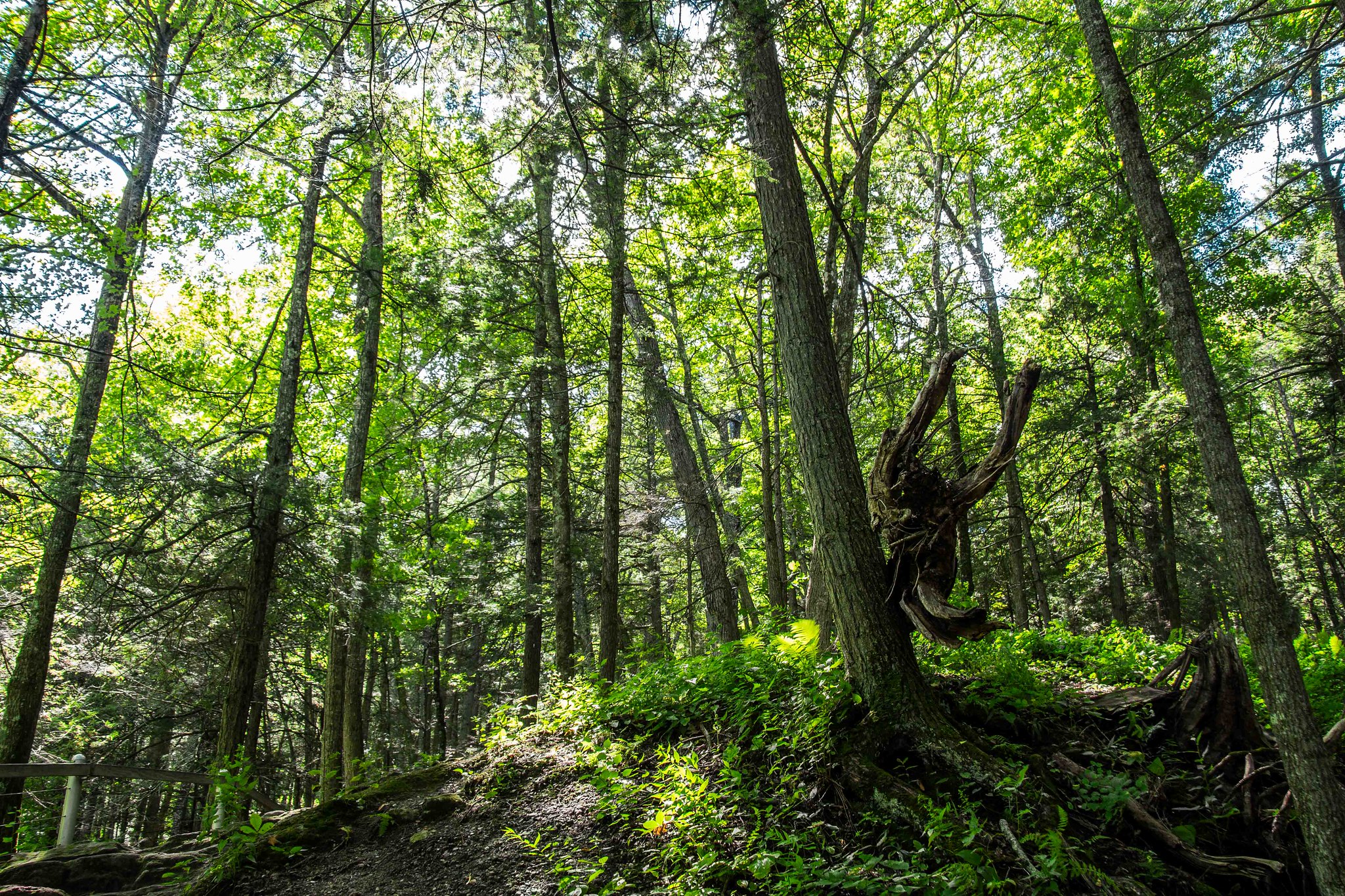 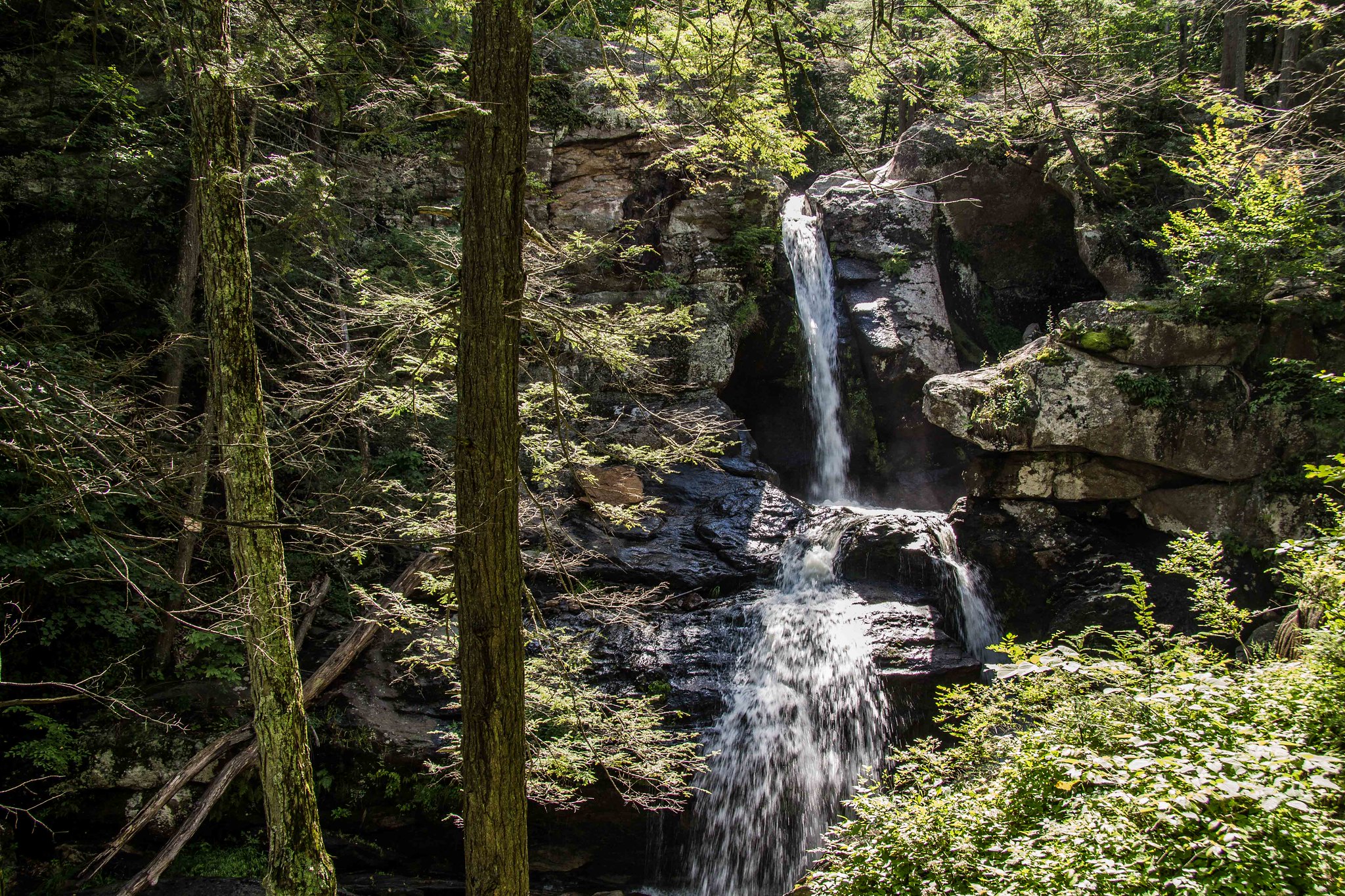 There is evidence that Native Americans fished and camped by the falls – the Indian name of the area is “Scatacook” – and in colonial times, mills were built along the stream. Acquisition of the park began in 1919, after a big piece of land was donated by the White Memorial Foundation, an organisation dedicated to environmental conservation. Since then several parcels have been gifted and today the park is a total of 295 acres.

The flow of the falls is heaviest in the spring after the snow melts, but it’s a sight to behold in any season. In the autumn, the fall foliage crates a spectacular backdrop and in winter the 70-ft cascade is a frozen ice sculpture.

The park is well known for its scenery, having been voted the best state park in Connecticut for photography in January 2017, and featured in several magazines and television adverts. In addition to this, the park offers hiking, trout fishing and picnicking, with barbecue facilities. 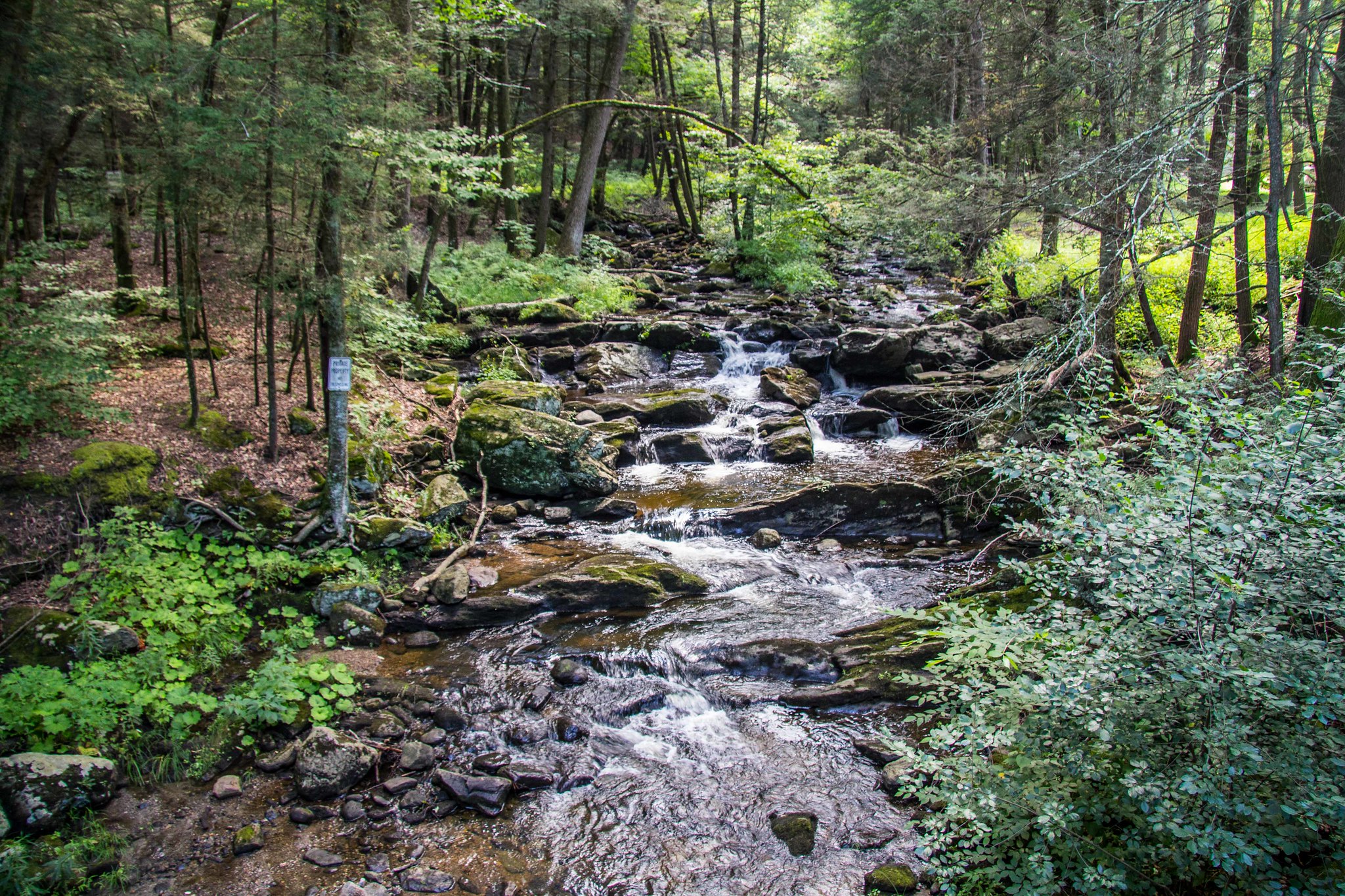 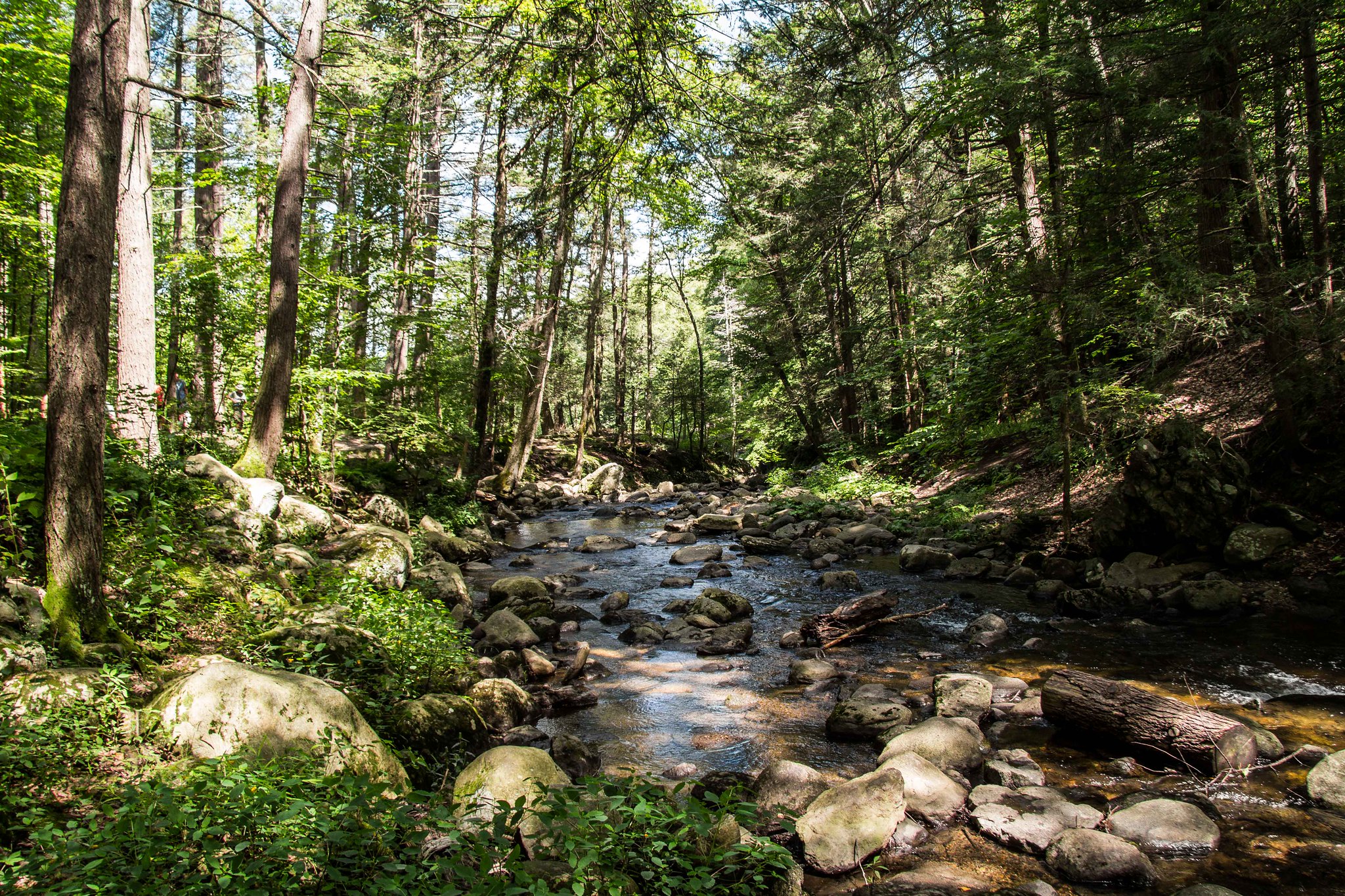 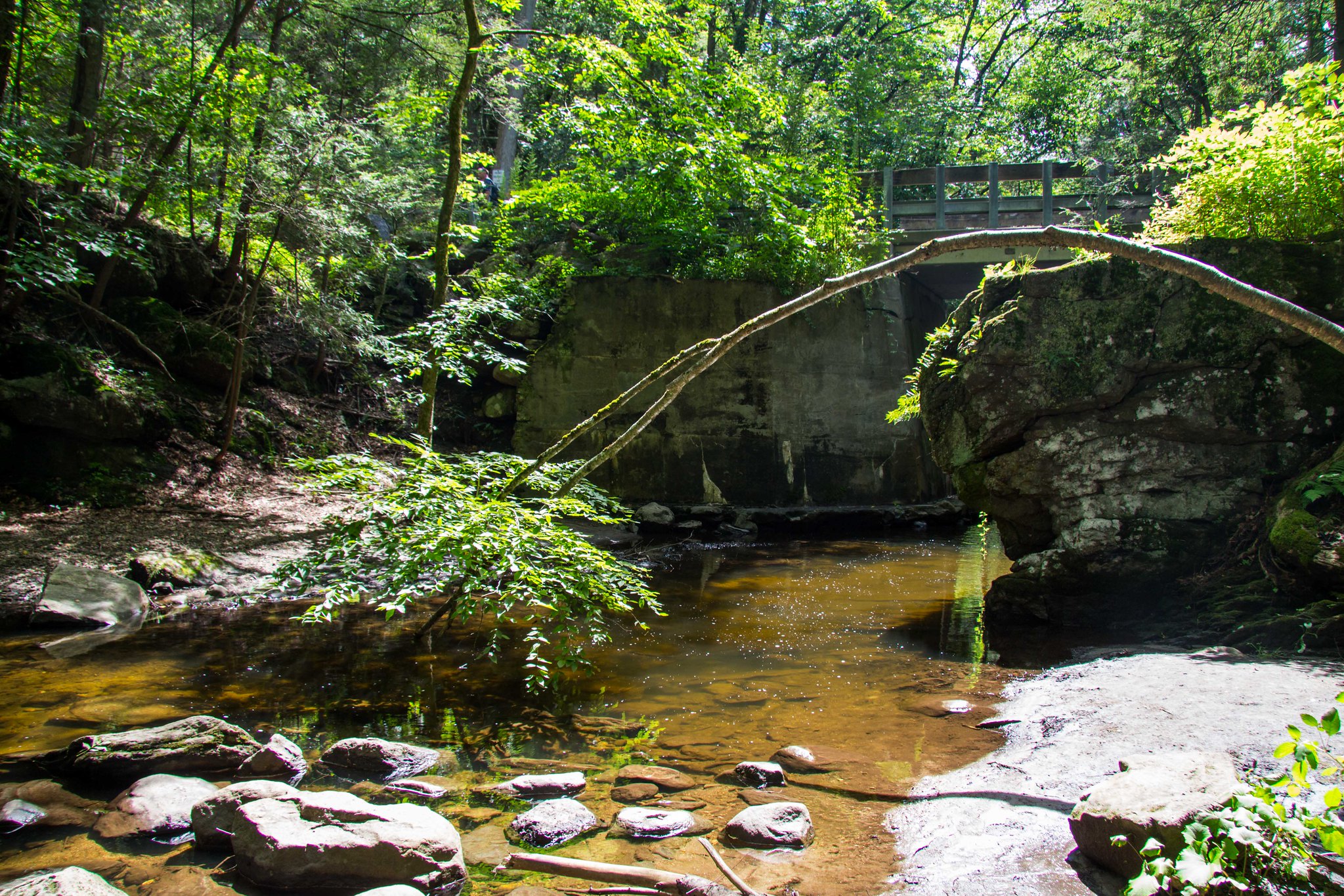 Kent Falls State Park is an alcohol-free park. When the parking lot has reached full capacity, the park is closed until 10 spaces become available again. During the summer months, its open from 08:00~19:00, and the rest of the year from 08:00~sunset.