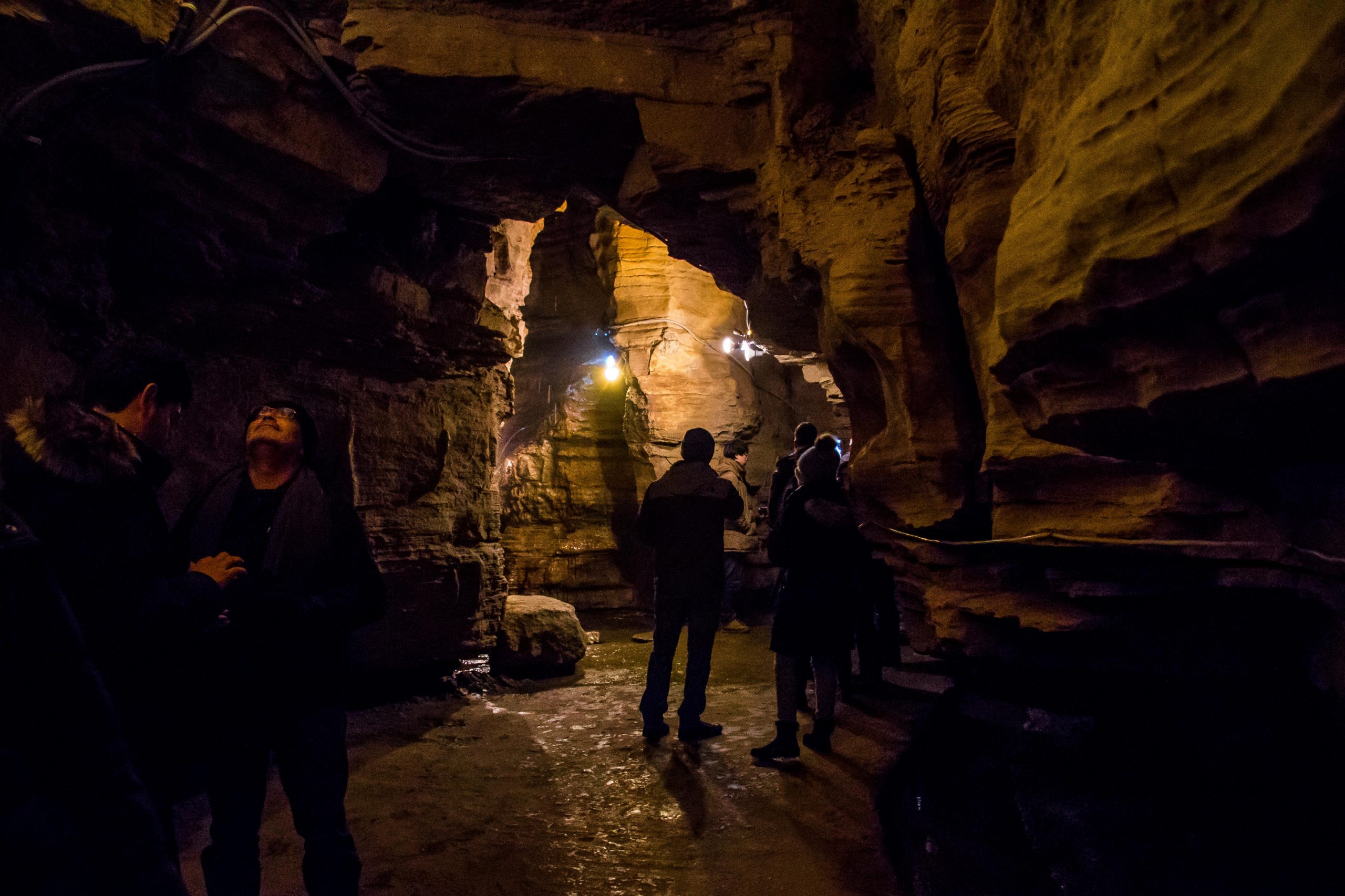 During the summer of 1928, two cows named Lucky and Floyd wandered from a farm outside of Cobleskill, New York and fell to the bottom of a 26-meter (85-ft) hole. The unfortunate event piqued the interest of a local engineer, Roger Mallery, who was working on a nearby commercial cave.

He recruited a group of teens to descend into the darkness and explore. After crawling through water and mud, they discovered that the chamber was connected to another, and then another. At the end of the last chamber they found a subterranean waterfall. Mallery purchased the land and opened it up to the public the following year.

The Secret Caverns has been competing with the much larger Howe Caverns ever since, and were the first stop on a two-day bus tour to Niagara Falls that my sister and I had embarked on earlier in the morning. 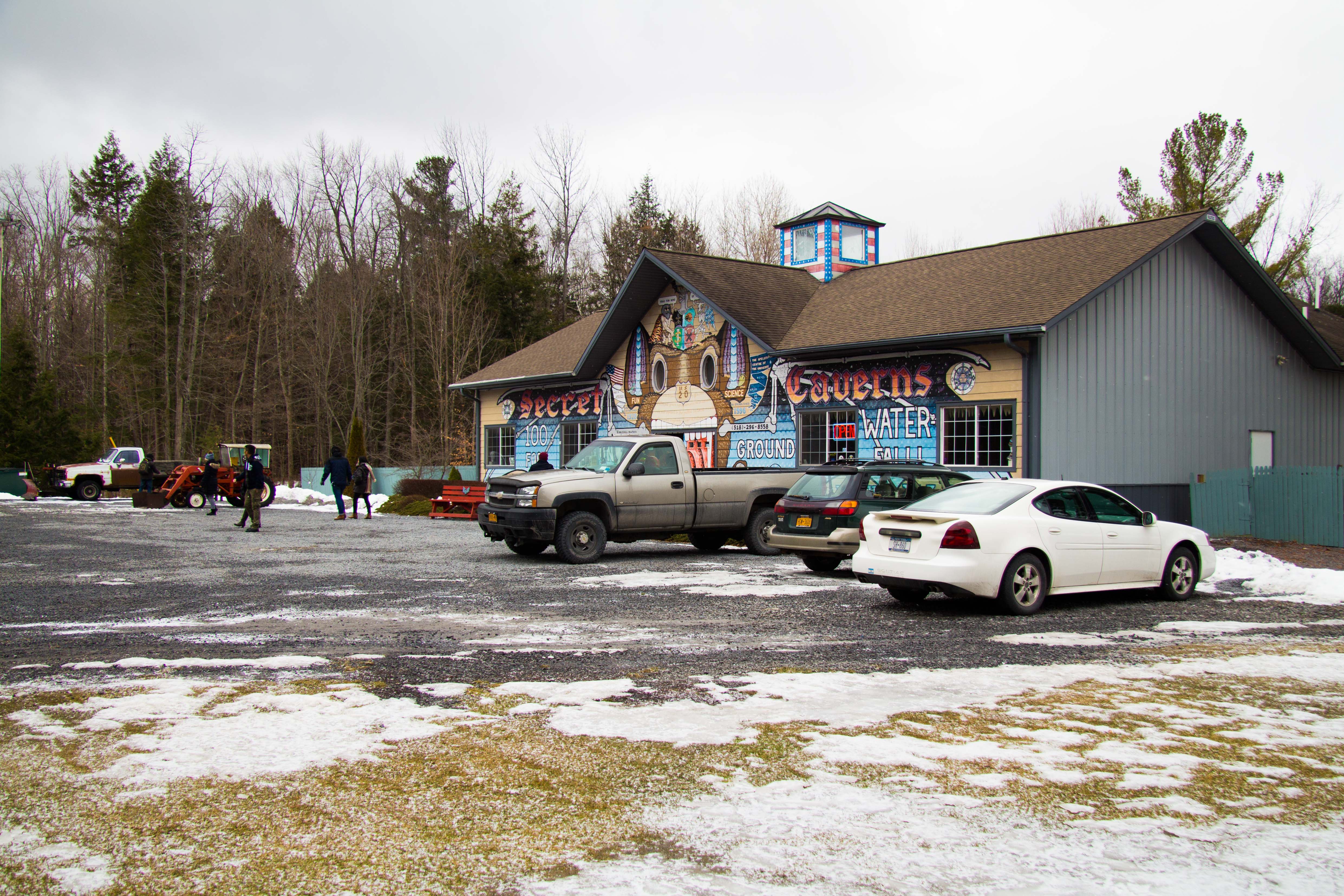 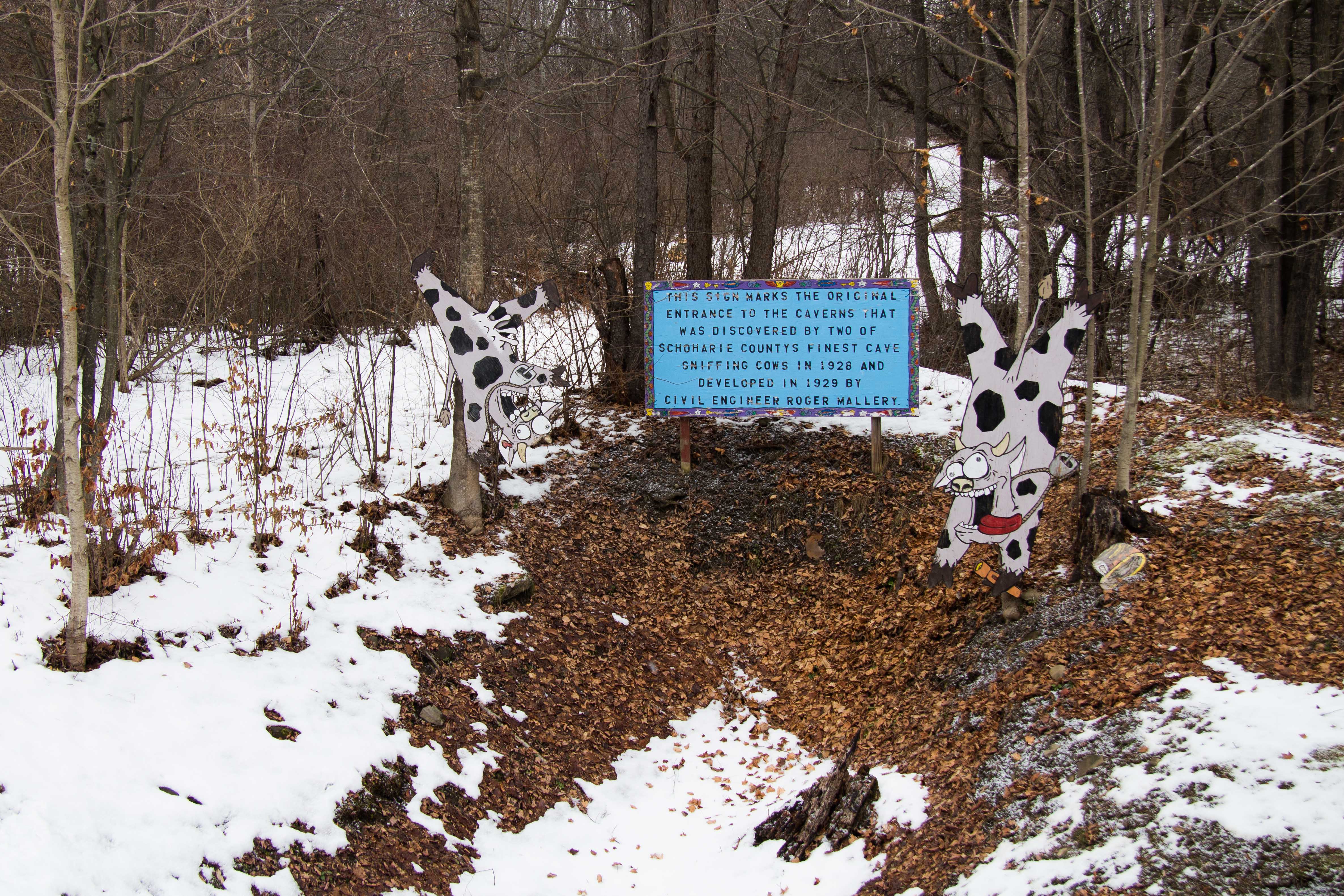 As the bus rumbled down Caverns Road, psychedelic billboards and placards seemed to pop up everywhere, pointing us in the direction of the “speleological center of the universe.” We were lucky enough to score two seats right at the front the bus, and the giant window view that came with them.

A giant bat guards the entrance to Secret Caverns Lodge which reminds in equal size of the 100-ft underground waterfall waiting beneath it. A walk up the bat’s tongue gets you into the gift shop – loaded with crystals, gems, fossils, minerals and quirky souvenirs – and in line for the shed that houses the 103 steps that descend into the caverns.

If you’re wearing comfortable shoes and mind your head, it’s a relatively easy stroll the rest of the way into the 10˚C (50˚F) caves and back. 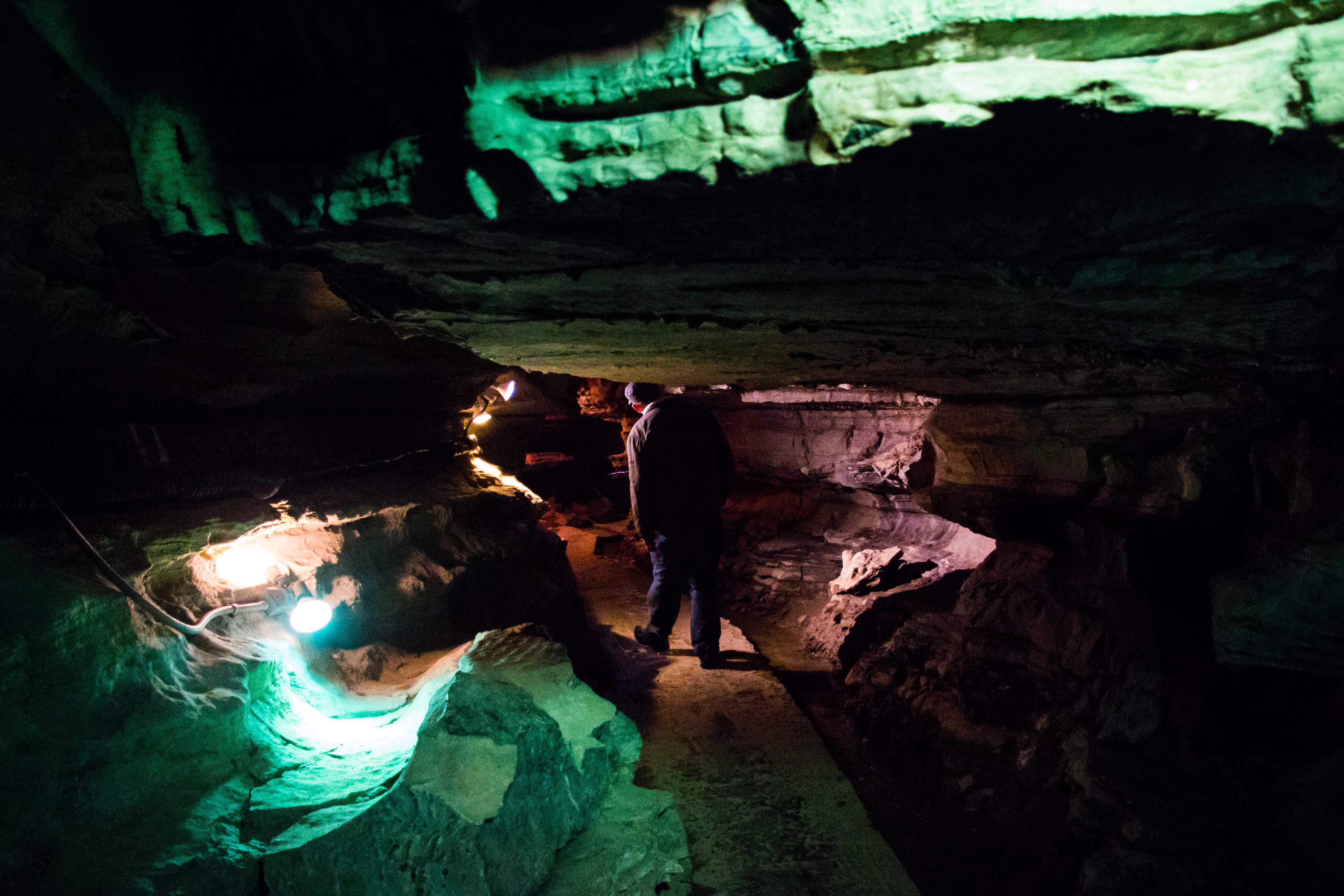 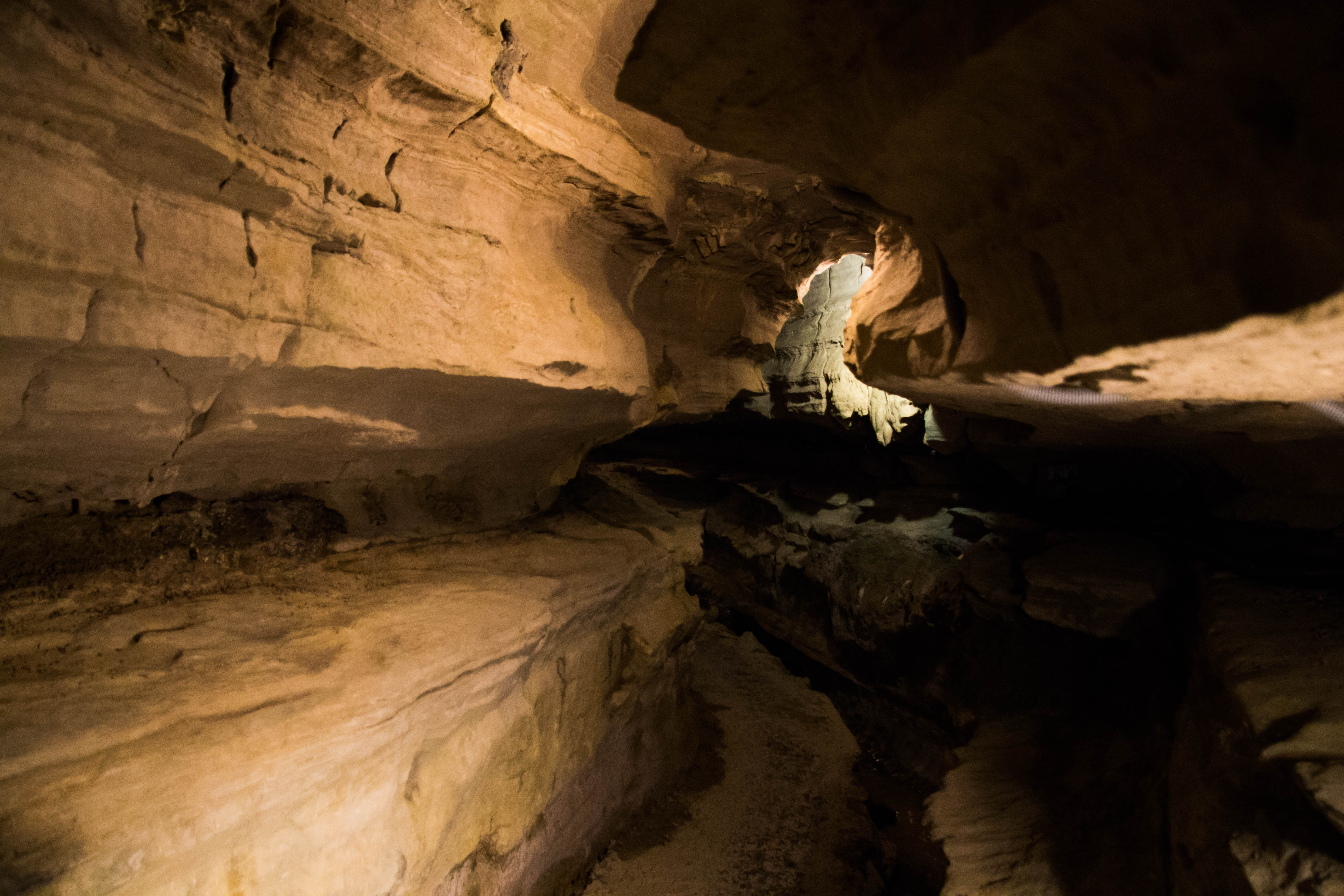 A lighted concrete walkway leads you past kooky formations such as the Wishing Well and Beehive, and through a narrow passageway nicknamed the Lemon Squeeze. Formed some 38,000 years ago, the caverns are full of stalactites and stalagmites, fossils and flow-stones.

The main attraction is illuminated in the last chamber with bright lights, revealing the source of the roaring you can hear from at least halfway into the 800 m (0.5 mi) journey.

When the Secret Caverns first opened, 40 cents would get you 30 meters (100 ft) of rope, a helmet, a flashlight, and a bag of lunch to help you on your way on an unguided tour that took up to six hours. Today, it costs $18 dollars to explore the cave ($16 if you print out one of these coupons) and takes just 45 minutes.

“Go ahead and touch the walls as much as you like,” our tour guide informed us, “because unlike other caves, we allow it.” The obvious dig at their neighbour received a few smiles; it’s clear that the competition between New York’s two most famous caverns is still fierce. 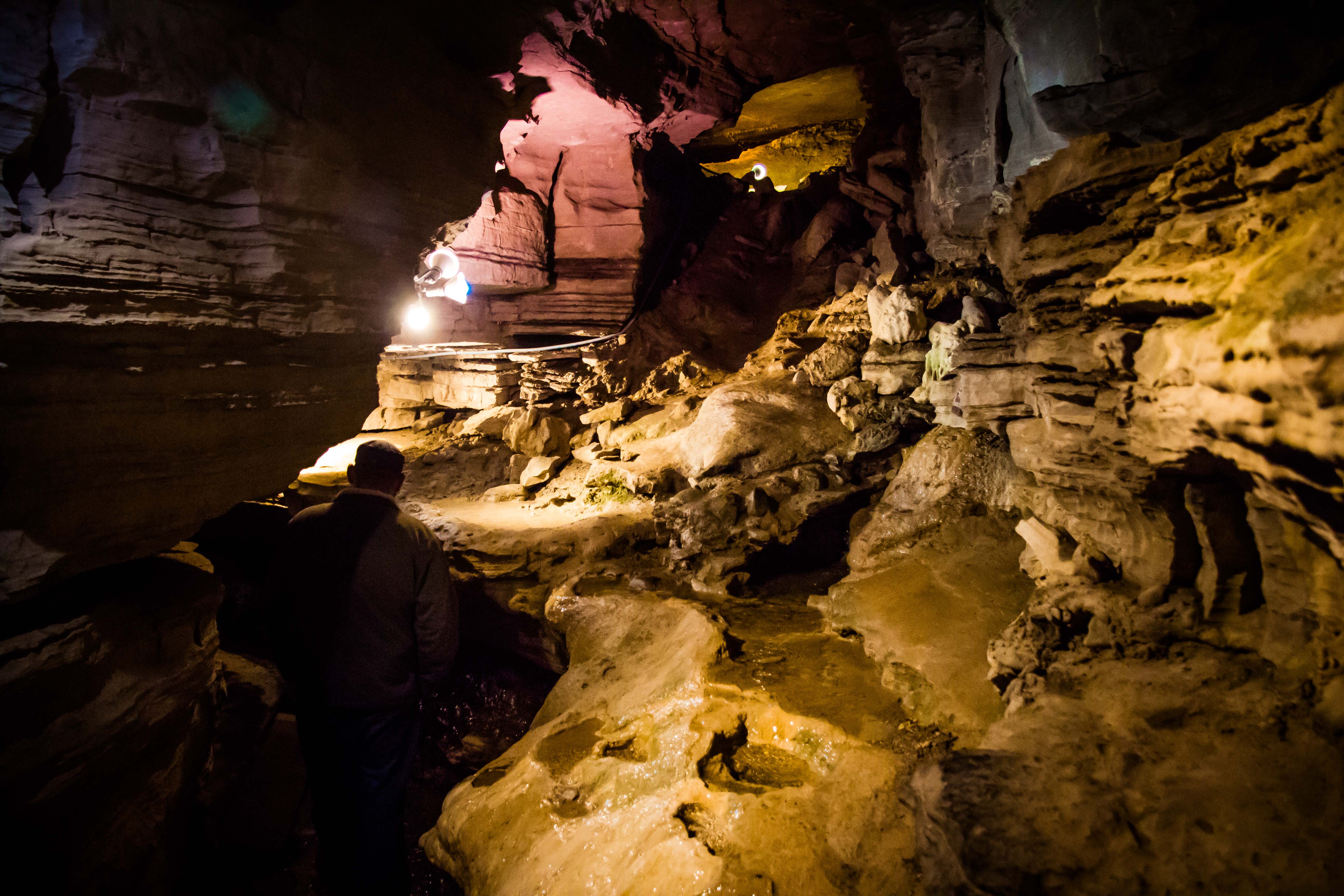 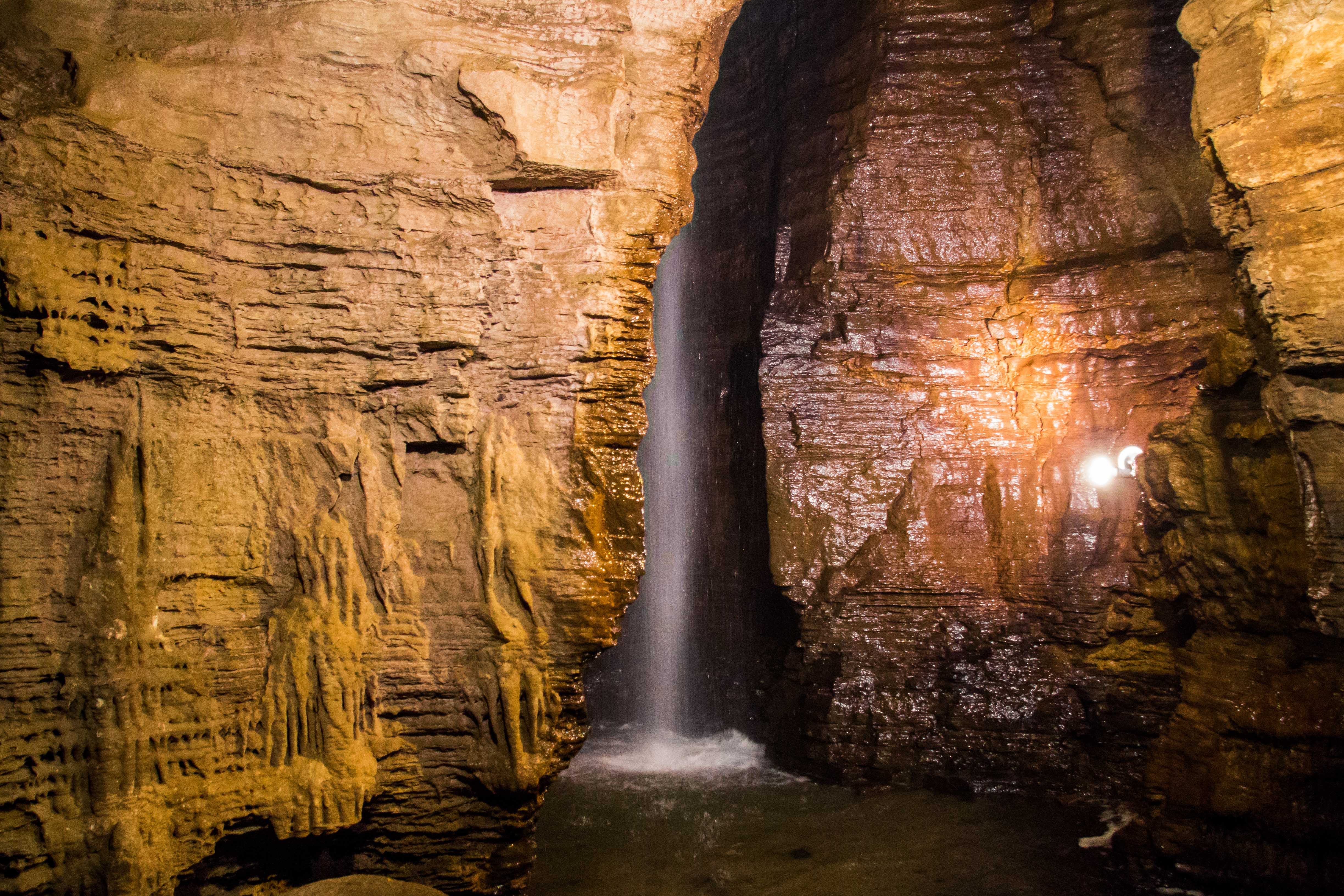 We had just 5 minutes to spare of our allotted time once we ascended the cave stairs, so after a quick loo break and a look around the property (which boasts a pretty nice picnic area), we clambered back onto the bus.

Five hours later, we reached Niagara Falls. Danielle and I took a walk down to Prospect Pointe before dinner and marveled at the view: the American Falls glowing green, blue and red in the spotlight against the twinkling backdrop of Toronto’s skyline.

Even though our tour was on the American side of the falls, it was exciting to see Canada all of a stone’s throw away. In the morning, Madelyn would cross the border and have lunch with us – our first time seeing each other since she left Japan. But it was a reunion that would have to wait; after dinner the bus was ready and waiting to take us to our hotel on Grand Island for the night. 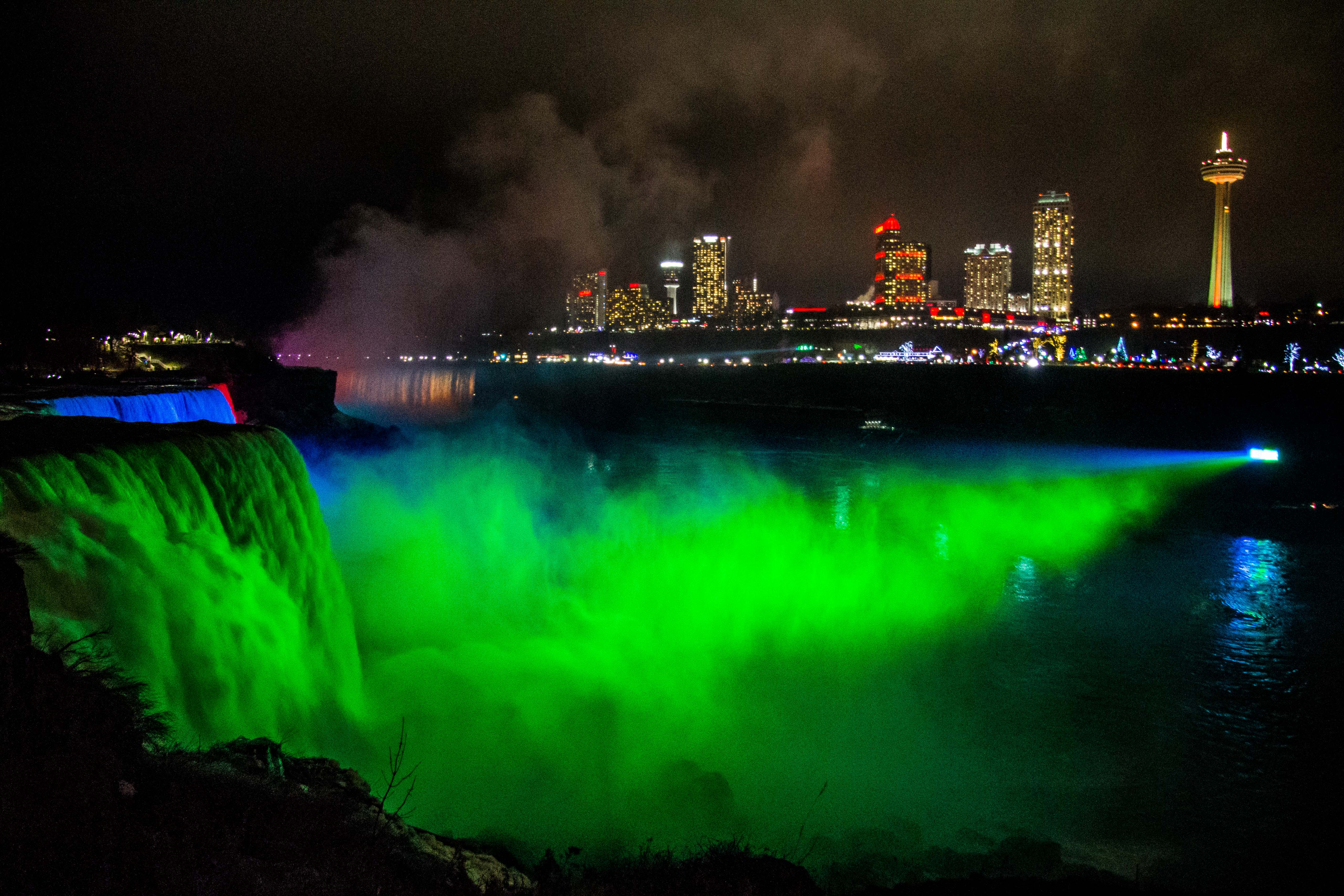 For details on the bus tour we did, click here.