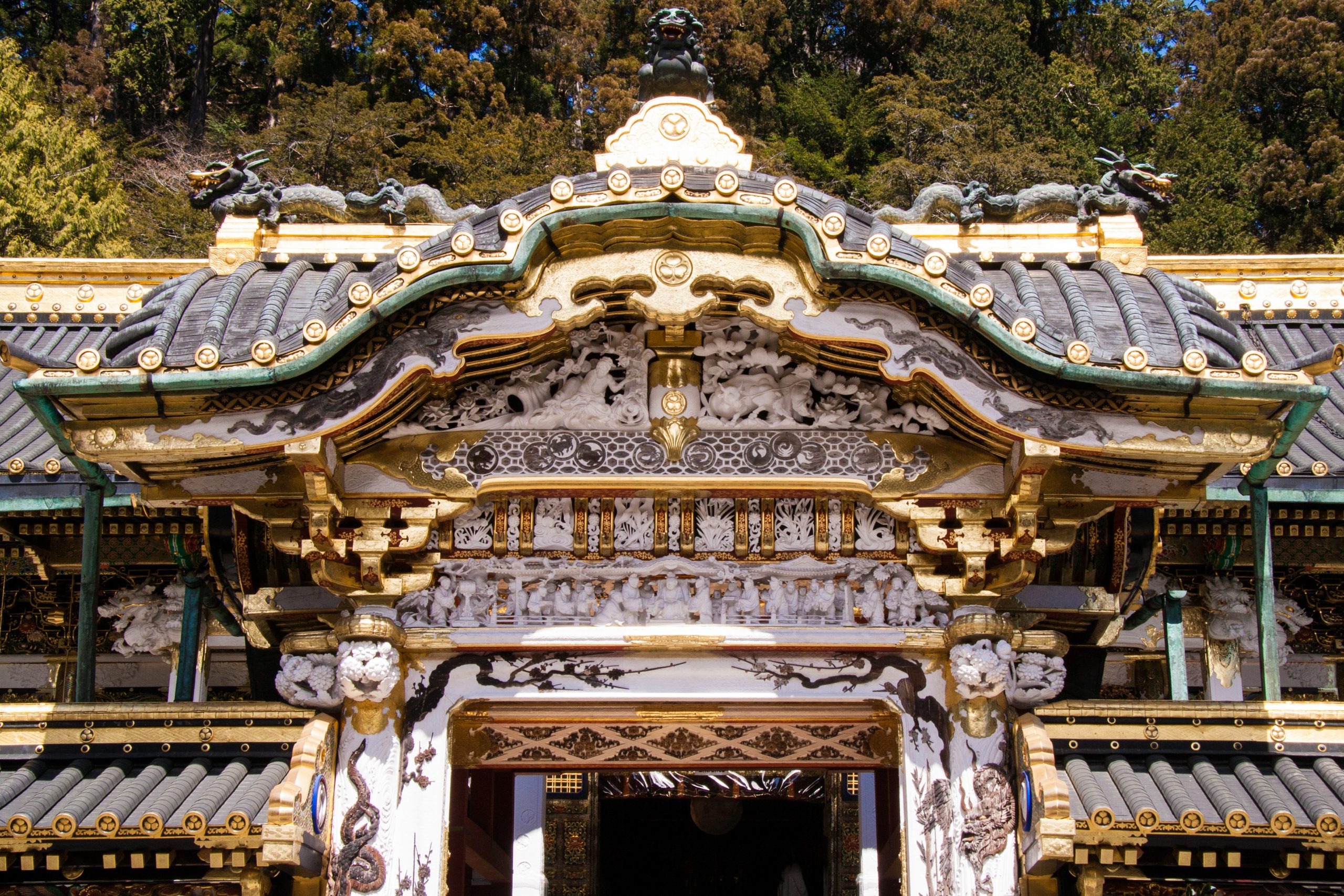 More than 1 000 years ago, a Buddhist priest named Shodo Shonin crossed the Daiya River on his way to Mount Nantai and founded the first temple at Nikko. Today, 103 buildings and structures make up an area known as the “Shrines and Temples of Nikko”, a UNESCO World Heritage Site. After our drive up to Kegon Falls, John and I headed back into town to see one of the site’s most prominent shrines, Toshogu (東照宮).

Unlike the simple architecture of most of Japan’s shrines and temples, Toshogu is exquisitely ornate, decorated with gold leaf, bright lacquer paints and intricate carvings. The mash up of Buddhist and Shinto elements with a strong Chinese influence is a circus of texture and color, for which appreciation varies according to personal taste: some love it, others hate it. I found it fascinating.

Toshogu is the final resting place of the warlord Ieyasu Tokugawa, who founded the shogunate that ruled Japan for 250 years, until 1868. Comprised of no less than 19 buildings and structures, the elaborate complex was just a simple mausoleum when Ieyasu was enshrined in 1616. Twenty years later, his grandson employed some 15 000 craftsmen who worked for two years to enlarge the shrine into what it is today.

And still, the work continues. Since 2007, several of the main buildings have been undergoing various stages of renovation. Currently, the Yomeimon Gate at the entrance to the main shrine building is also covered in scaffolding.

Its a little disappointing because the gate is famously the most ornate of all the structures, but if you pose for a commemorative photo (1500円) in front of Kamijinko, one of the Three Sacred Storehouses,  they’ll throw in a picture of Yomeimon for free.

Across from Kamijinko is the Shinkyusha Stable, which houses the sacred horses of the shrine. It’s panels are decorated with carvings of monkeys, which have been considered guardians of horses since ancient times in Japan. The most famous of these carvings is Sanzuru, or the Three Wise Monkeys – the original depiction of the “see no evil, hear no evil, speak no evil” monkeys.

Next to the stable is the Five Storey Pagoda, which was donated by a feudal lord in 1650. After being destroyed in a fire, it was rebuilt in 1818. The five storeys represent earth, water, fire, wind and heaven.

At the Omizuya Water House, visitors can take part in the purification ritual of washing the hands and rinsing the mouth before worship.

Up the stairs and past the drum and bell towers, we walked through the scaffolding to the main shrine building. You can enter the inner sanctuary but you’re not allowed to take photos inside. Next to the main building is the Sakshitamon Gate, which gives way to a long flight of stairs leading up into the woods to Ieyasu’s mausoleum. 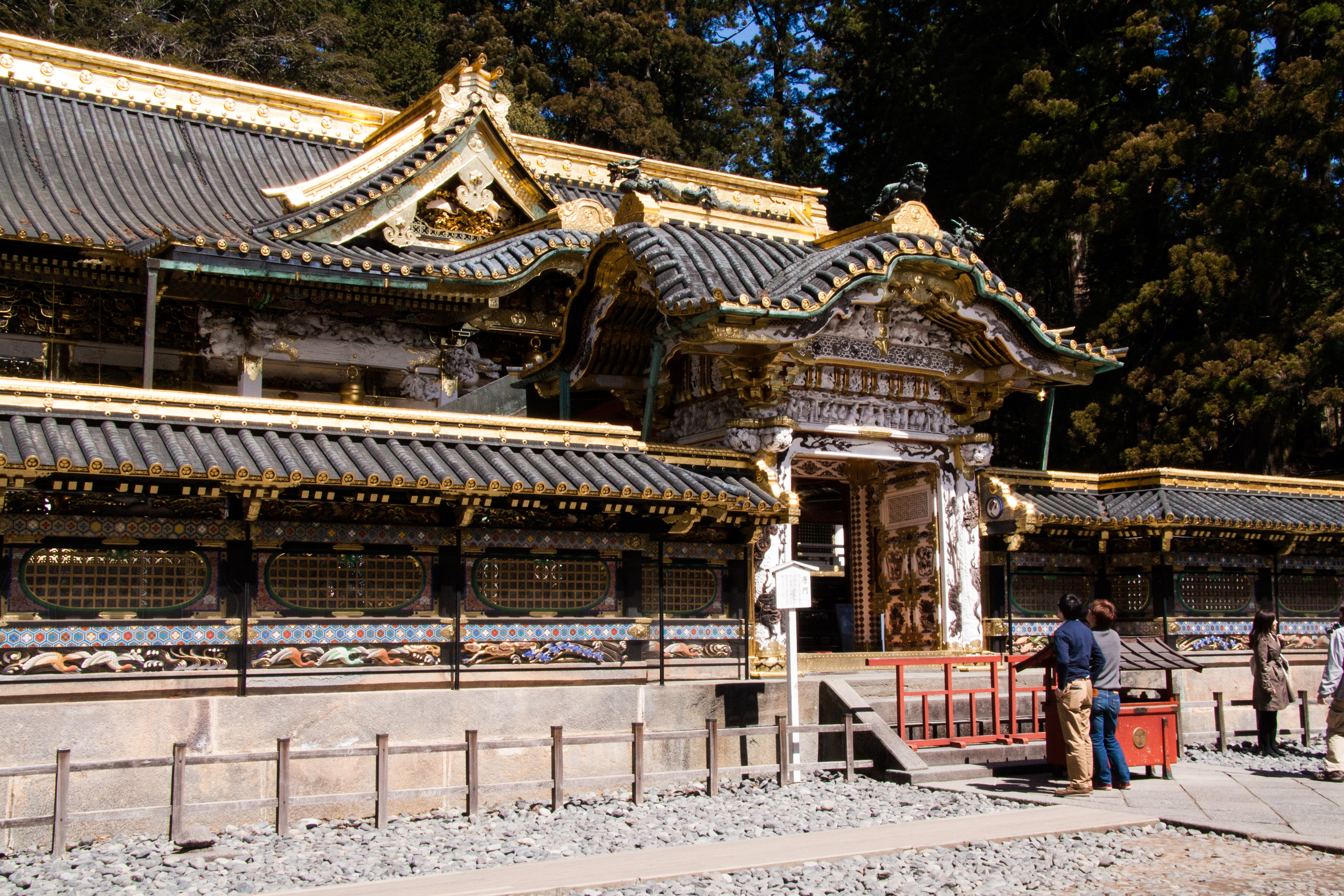 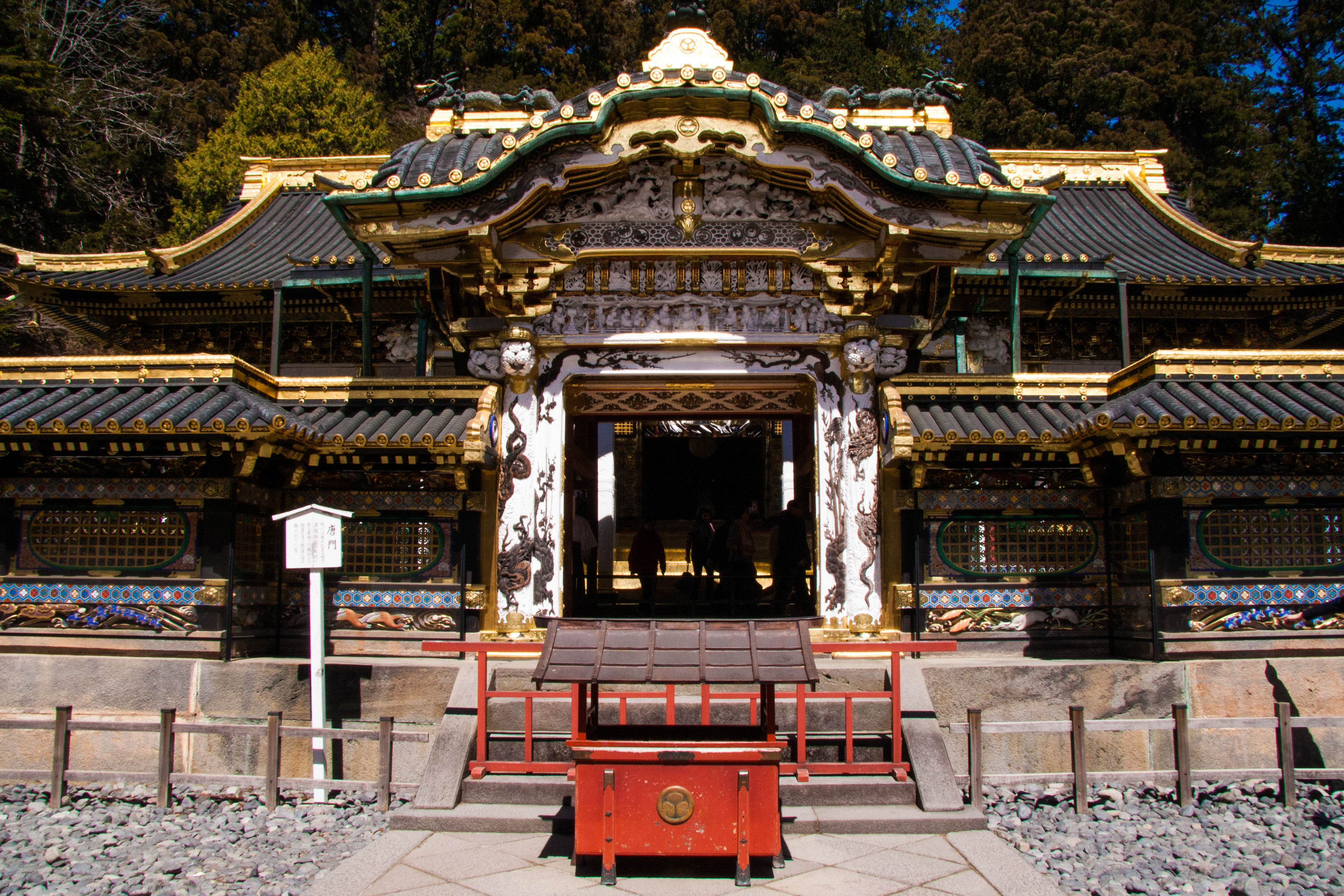 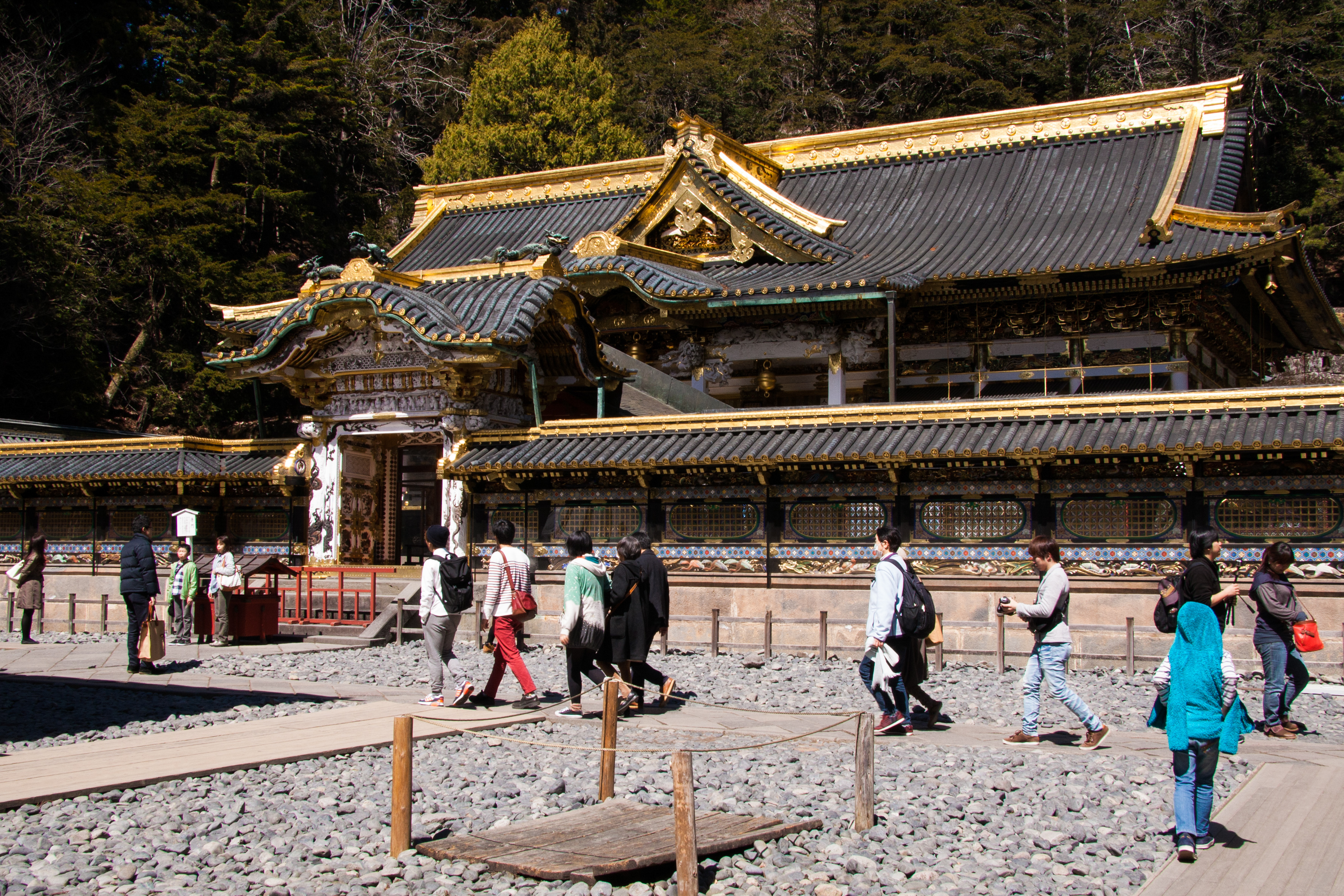 The gate bears a famous carving called Nemurineko, a small depiction on the lintel of a sparrow on the back of a sleeping cat surrounded by peonies and sunlight. It is said that if the cat awakes, the sparrow will be eaten, but despite this, the two co-exist. It is thought to represent the end of war in Japan and the beginning of a peaceful existence. 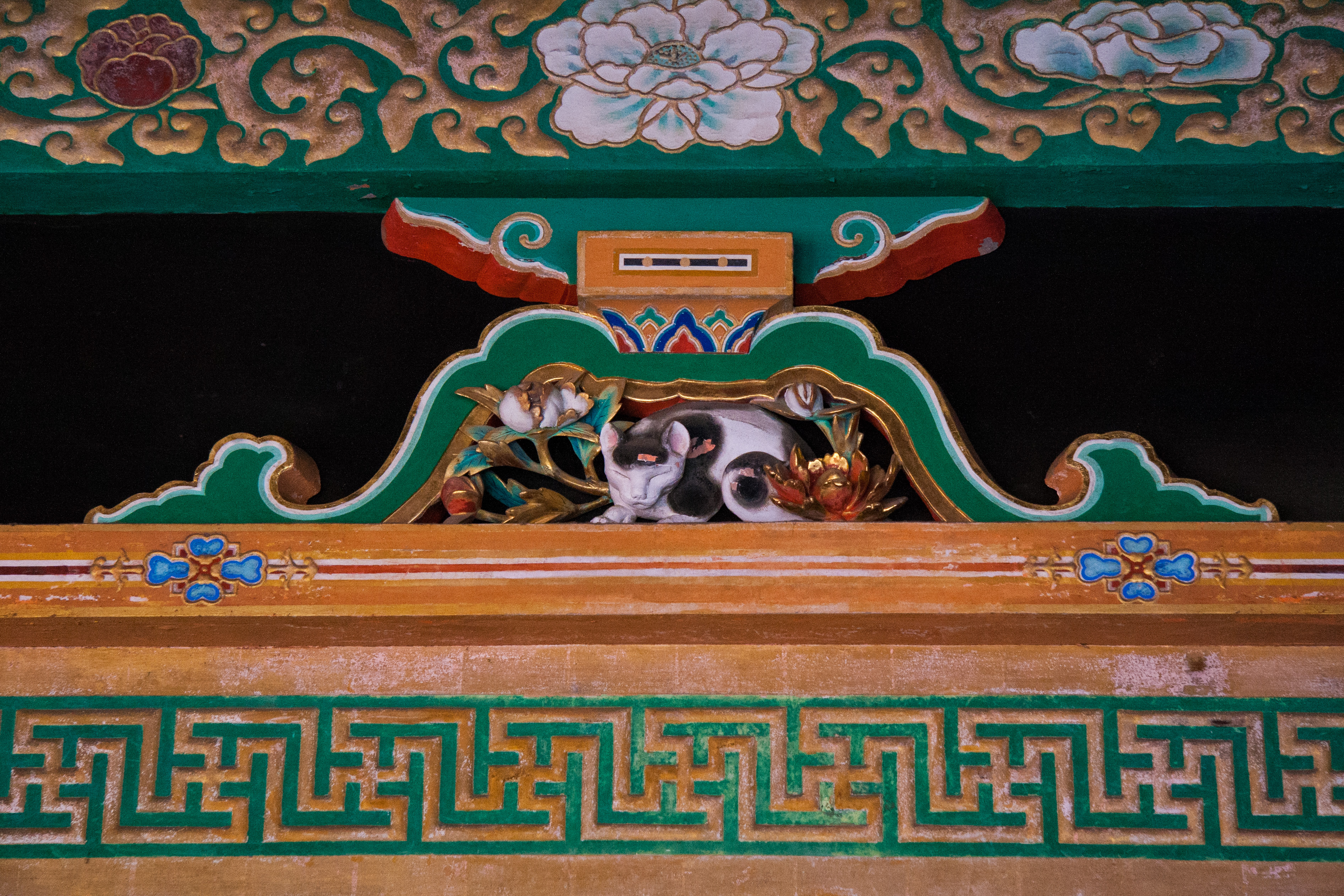 There’s a lot to see in the complex, and you could spend hours at a time just gazing at the attention to detail displayed on each panel. Being a top attraction, though, the place is crawling with tourists and it starts to get overwhelming being around so many people. We gave exploring the neighbouring shrines and temples a go, but gave up when our stomachs began to grumble. 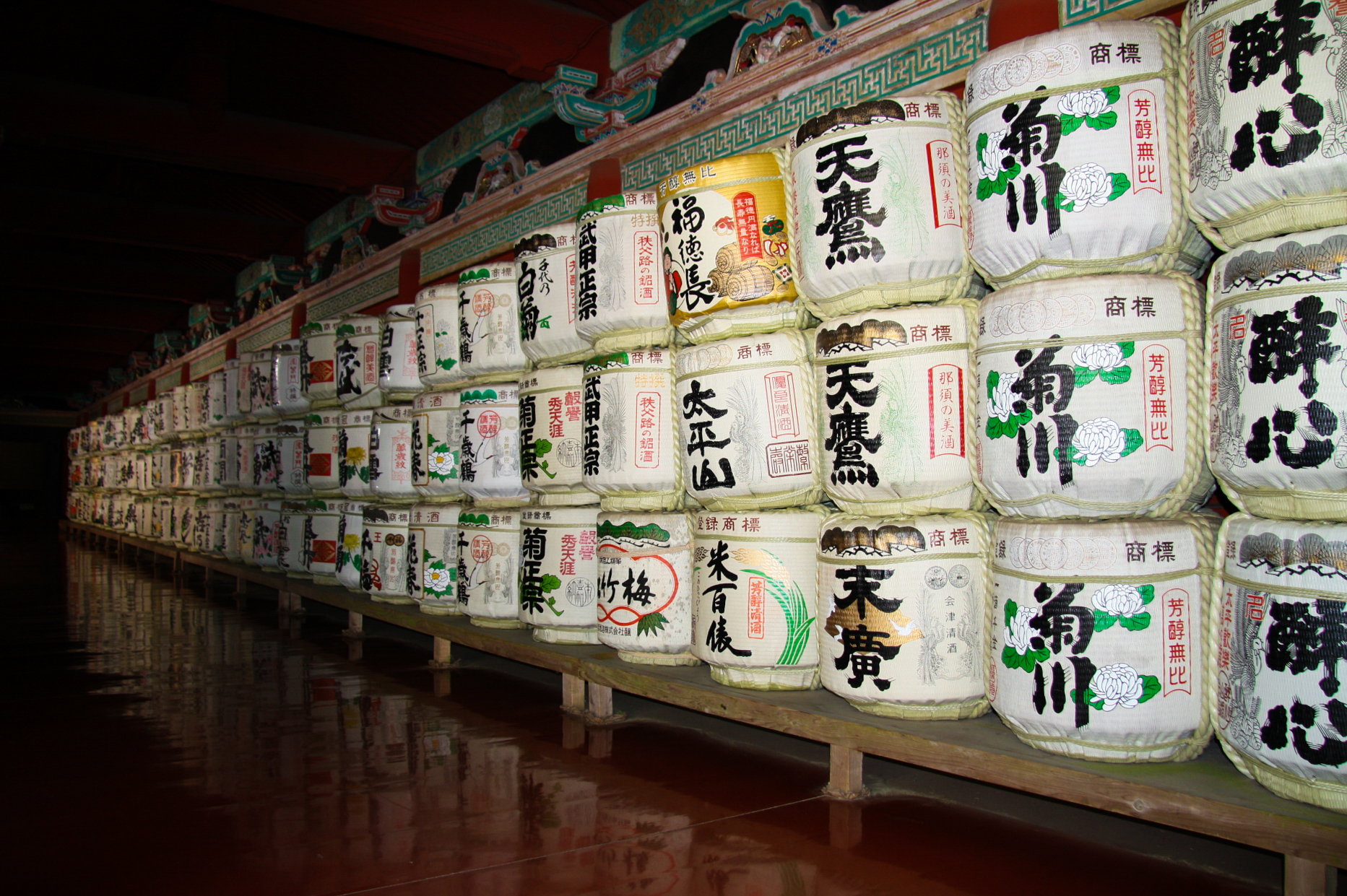 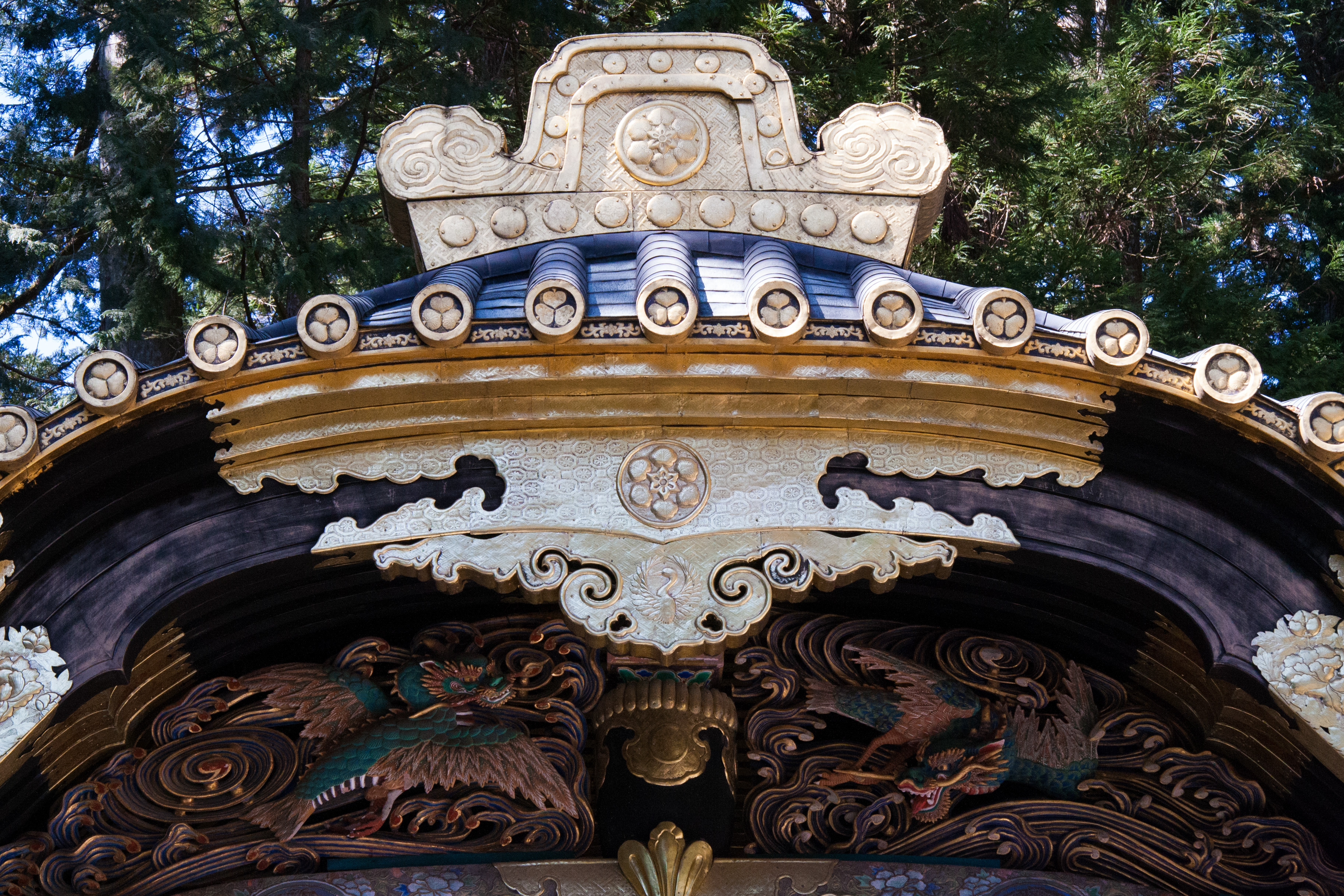 After some omiyage shopping and a nice lunch, we stopped at the Shinkyo Bridge where Shodo Shonin is said to have crossed the river on the backs of two snakes. The current bridge was rebuilt in 1907 after the original was destroyed in a flood. On a sunny day, it’s best photographed in the morning, but when you’re on the go you’ve just got to be creative I guess. The bright red bridge is beautiful to just look at too though.

After a couple of mandatory tourist snaps, we filled the car with petrol and got back on the road. 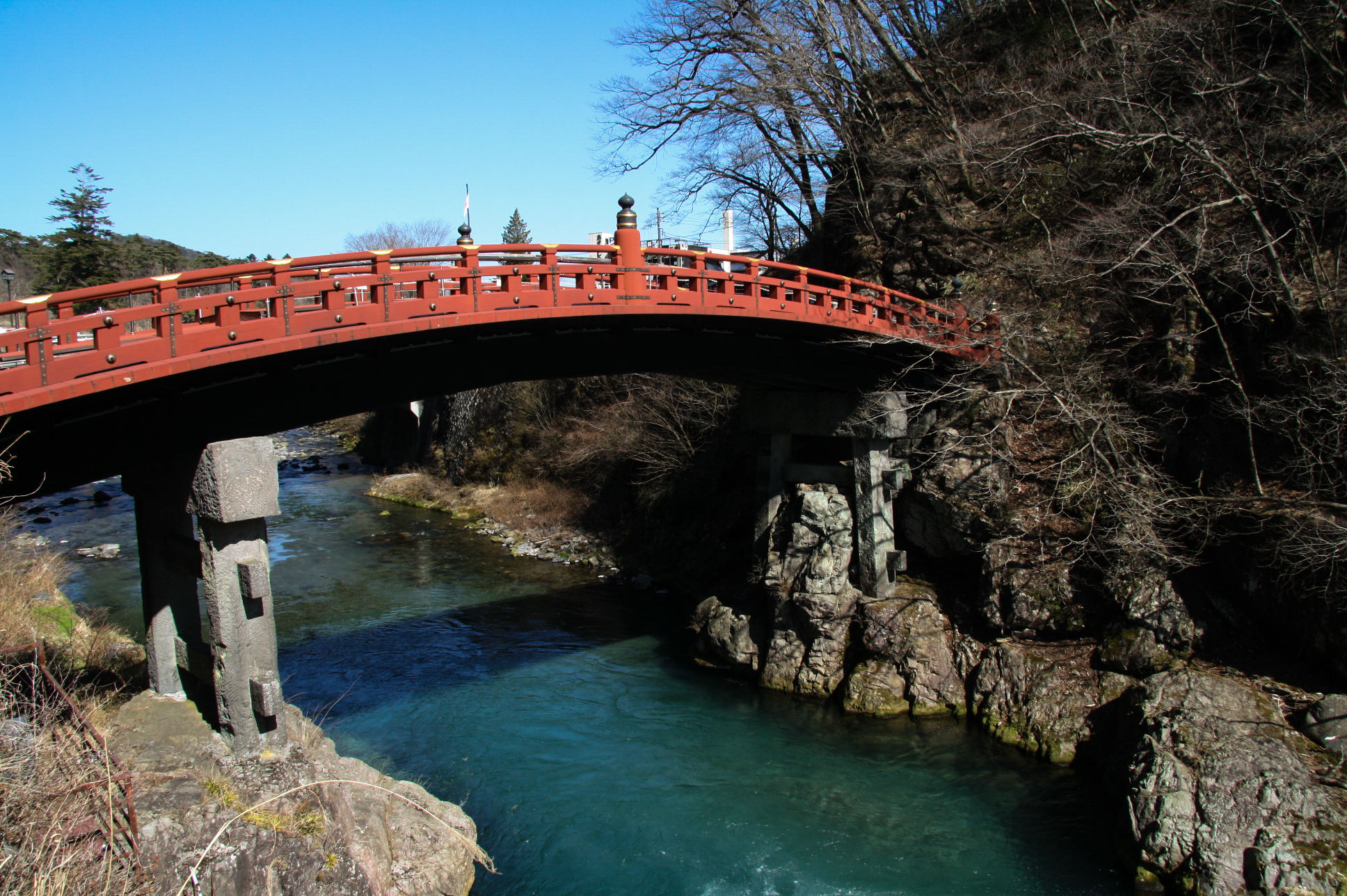