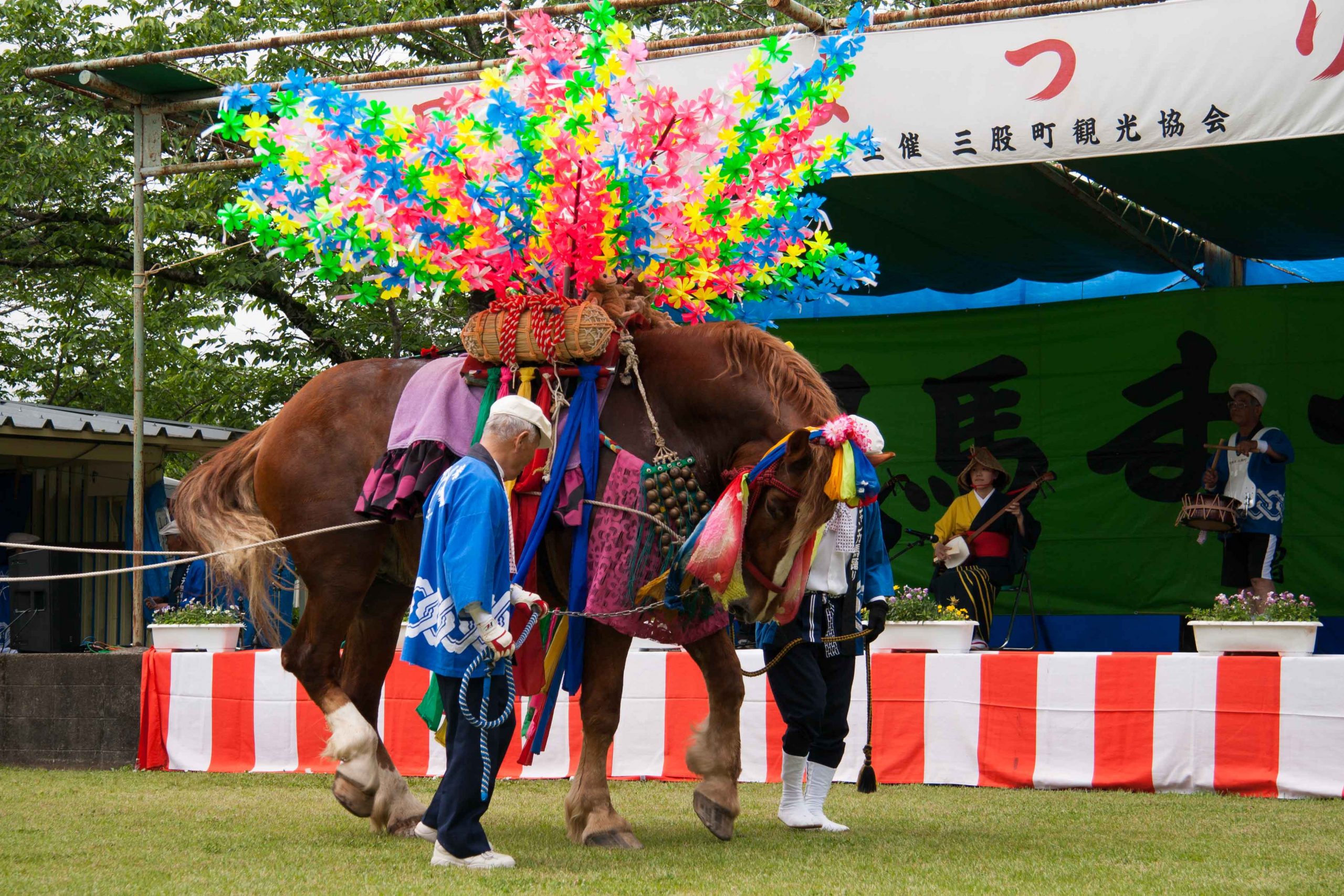 Mark and I have been joking that I should rename my blog “Following Mark around Japan” since the last couple of posts have all been about my adventures with him. And this one is no different; on Wednesday it was Showa Day, and since we both had the day off from school, we decided to head down to Mimata Town to check out the Hayauma Festival.

Hayauma is a supplication festival for the increase of animal stocks. It takes place at different venues throughout Japan, but every year on April 29, you can see it in Mimata Town. The Google translate version of the town’s website had the venue down as ‘Hayuma Shrine’, but when we put that into Google Maps, the GPS led us to the local bowls tournament.

We decided to go to the town office and ask someone there about the venue. But all the lights were turned off, closed for the holiday. While Mark tinkered around with the GPS, I scanned the parking lot, thinking it was suspiciously full, and noticed a few people sitting on a bench checking their watches.

I spotted a white flag next to the bench that said ‘matsuri‘ (festival) in hiragana and some kanji which I decided would read ‘pick up point’.”I think they’re waiting for a bus.”

Struesgod, a bus turned up a few minutes later and we buckled up and got on its tail. Following it all the way to the festival, we realised it was at a Hayama Park, which also happened to have a shrine. 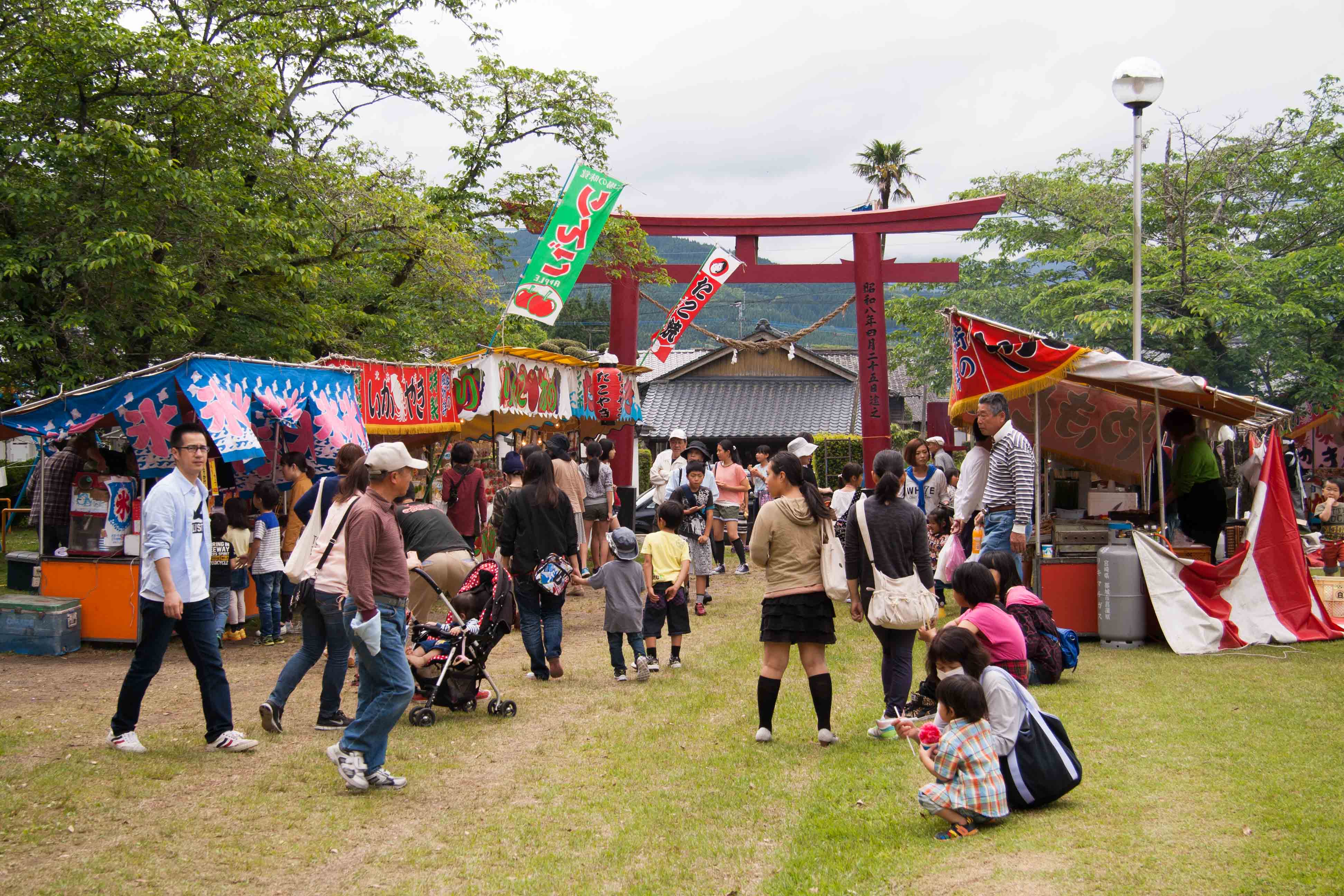 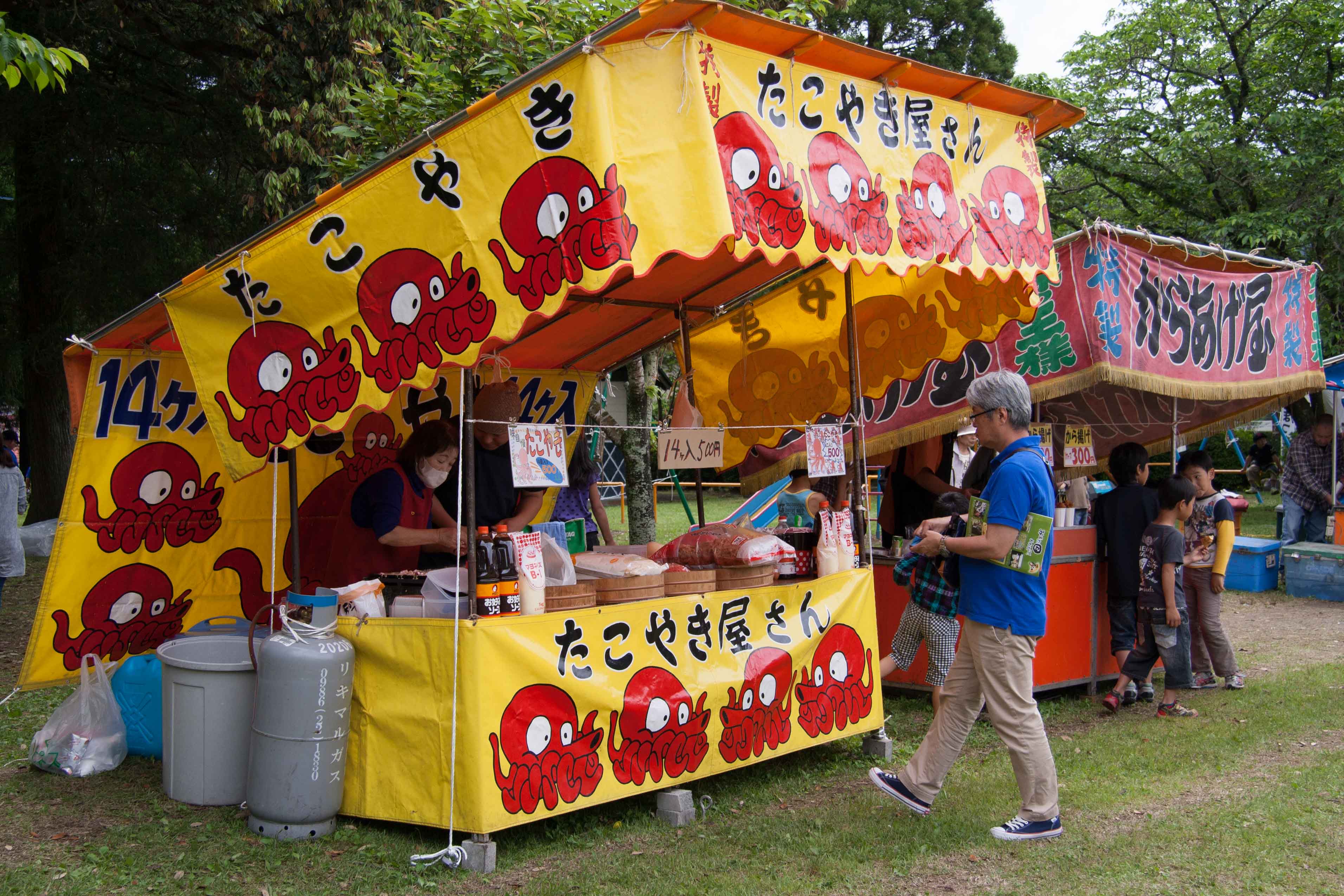 We made it just in time to see the horse-dance. For the supplication, a horse is decorated with brightly coloured cloth, flowers and bells and led by a procession of dancers in a circle to traditional, shamisen music. 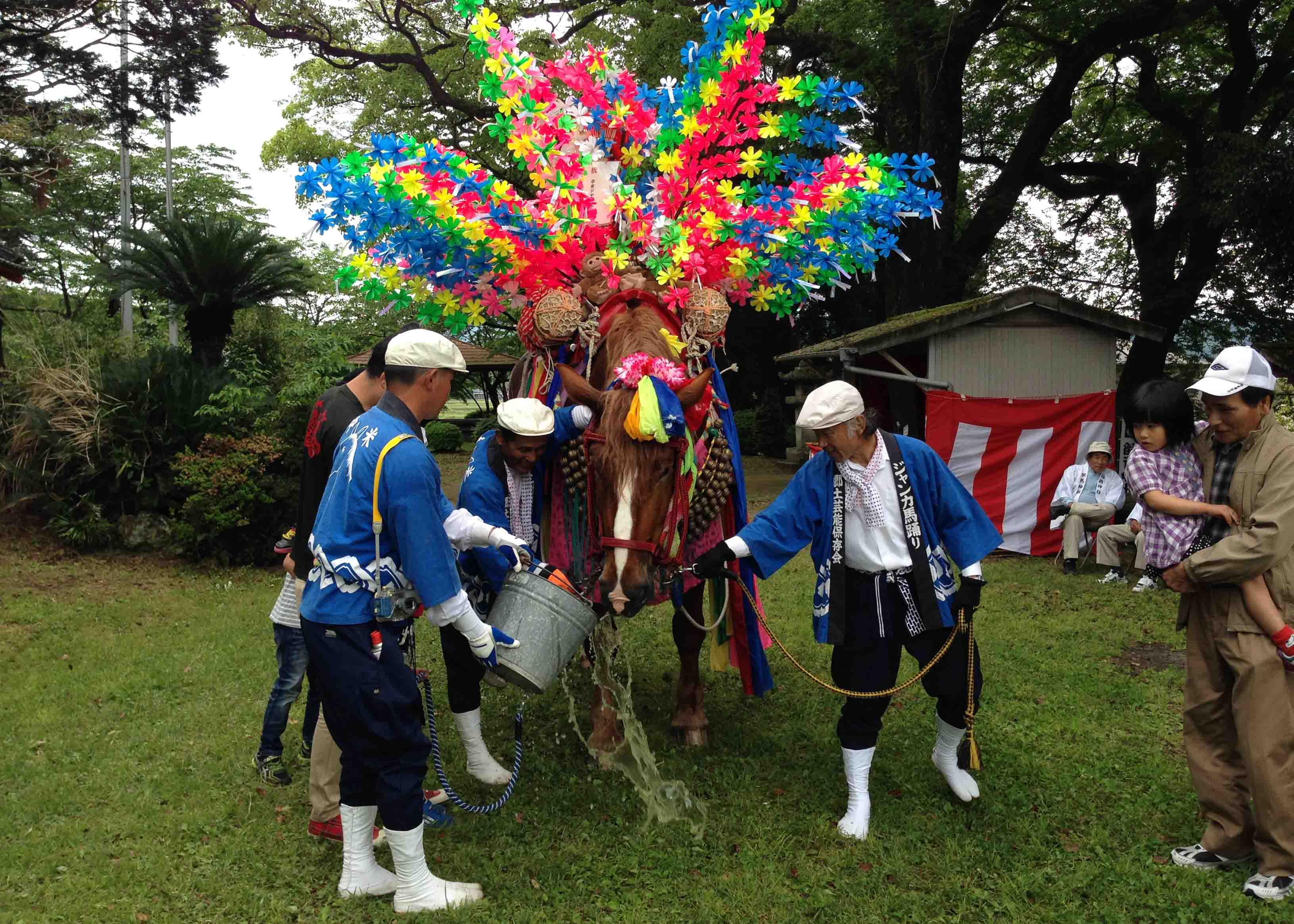 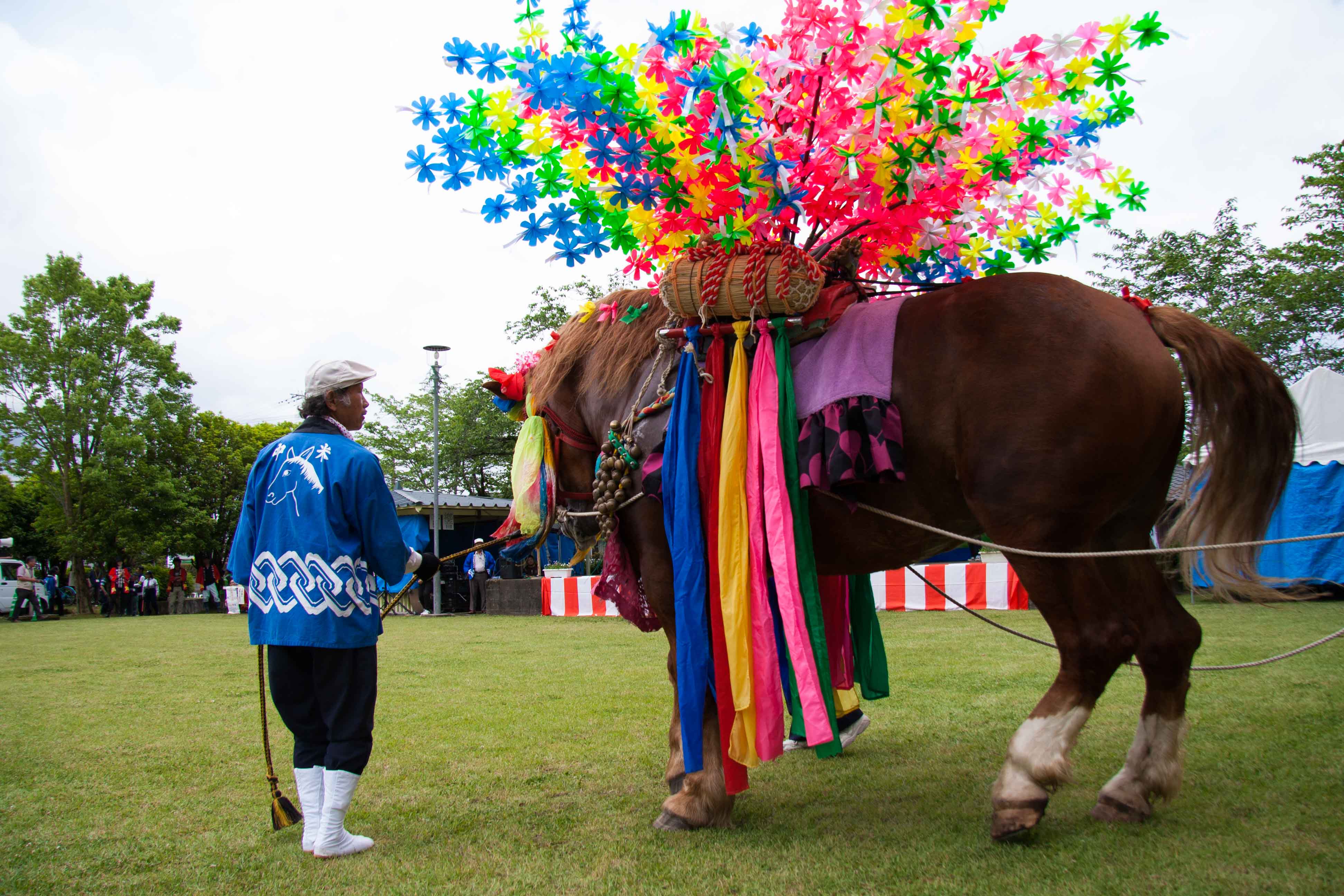 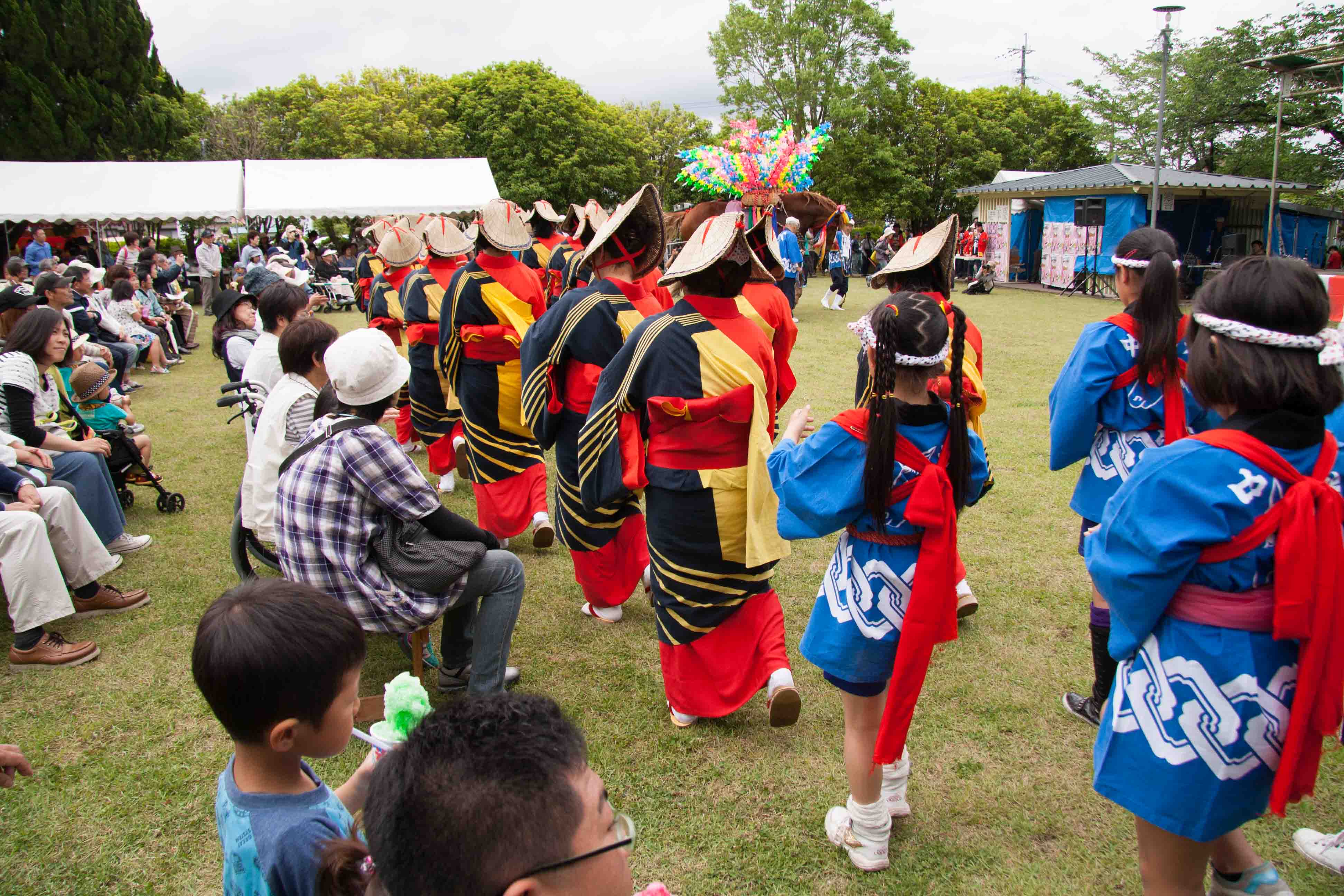 When I heard about the horse-dance, I imagined the horse being led around the circle, but the horse is actually supposed to ‘dance’ too; Its handlers tie ropes across its body and then maneuver them in such a way as to get the horse to kick and gallop. It was quite uncomfortable to watch, to be honest, because the poor horse was clearly not having a good time of it. 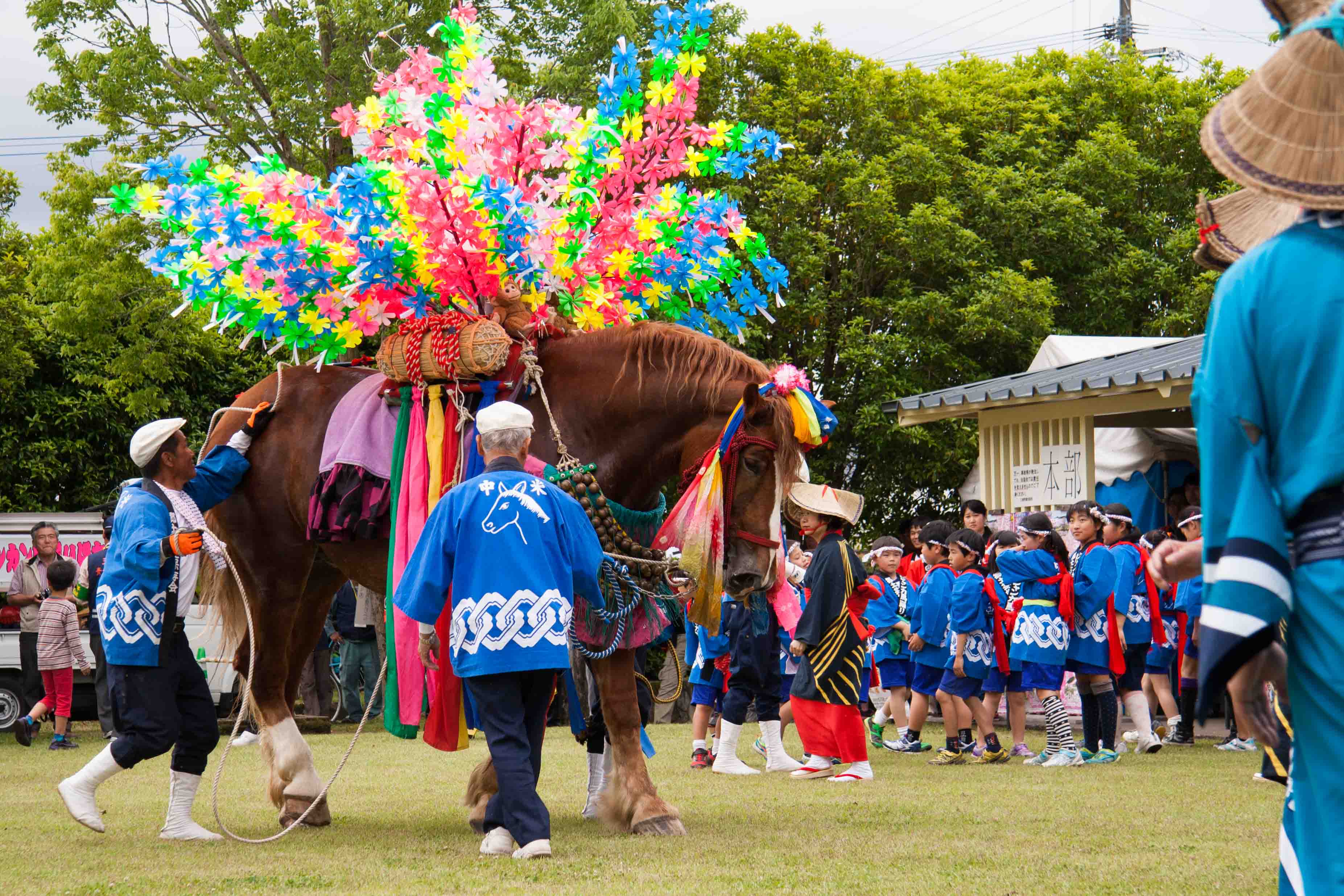 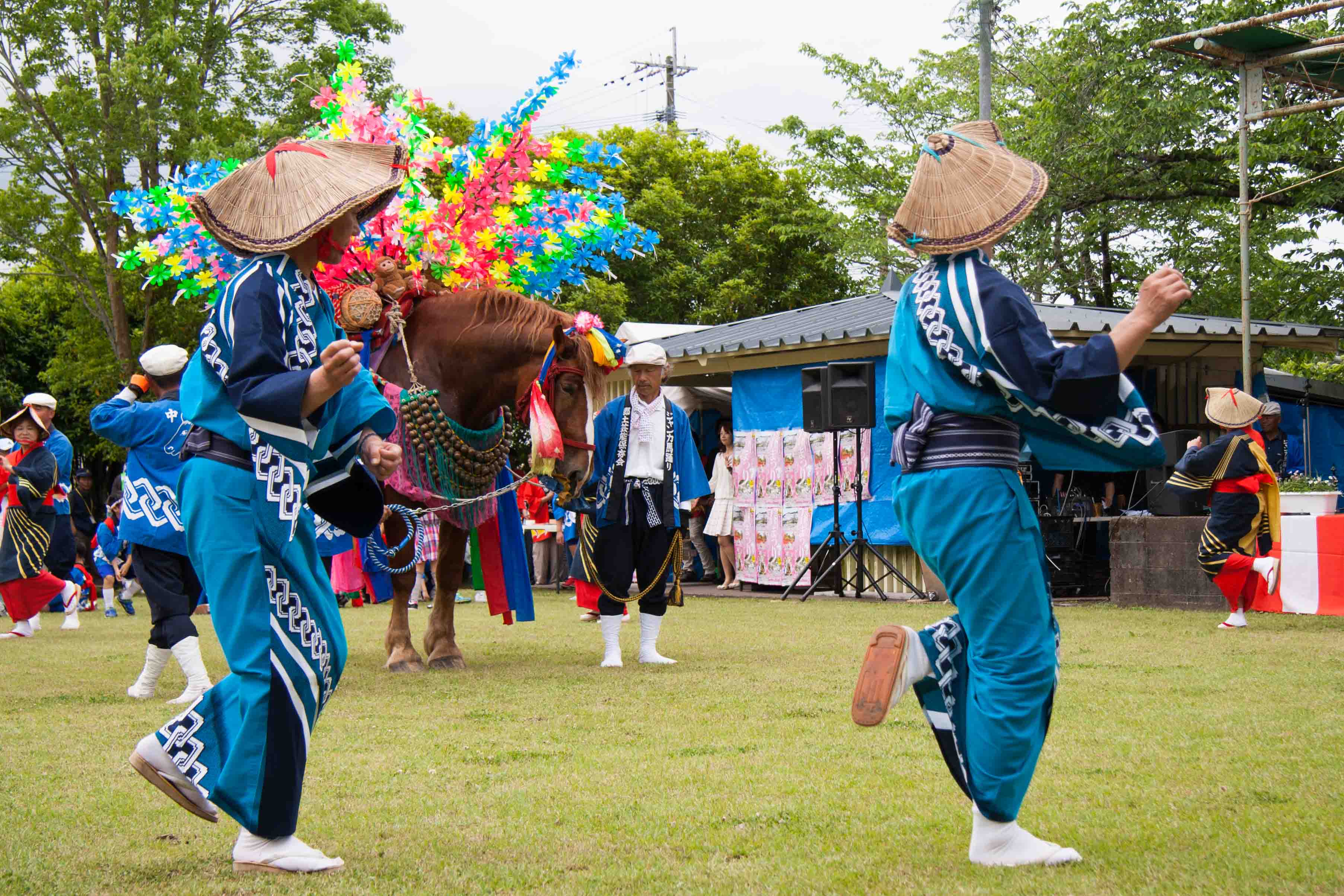 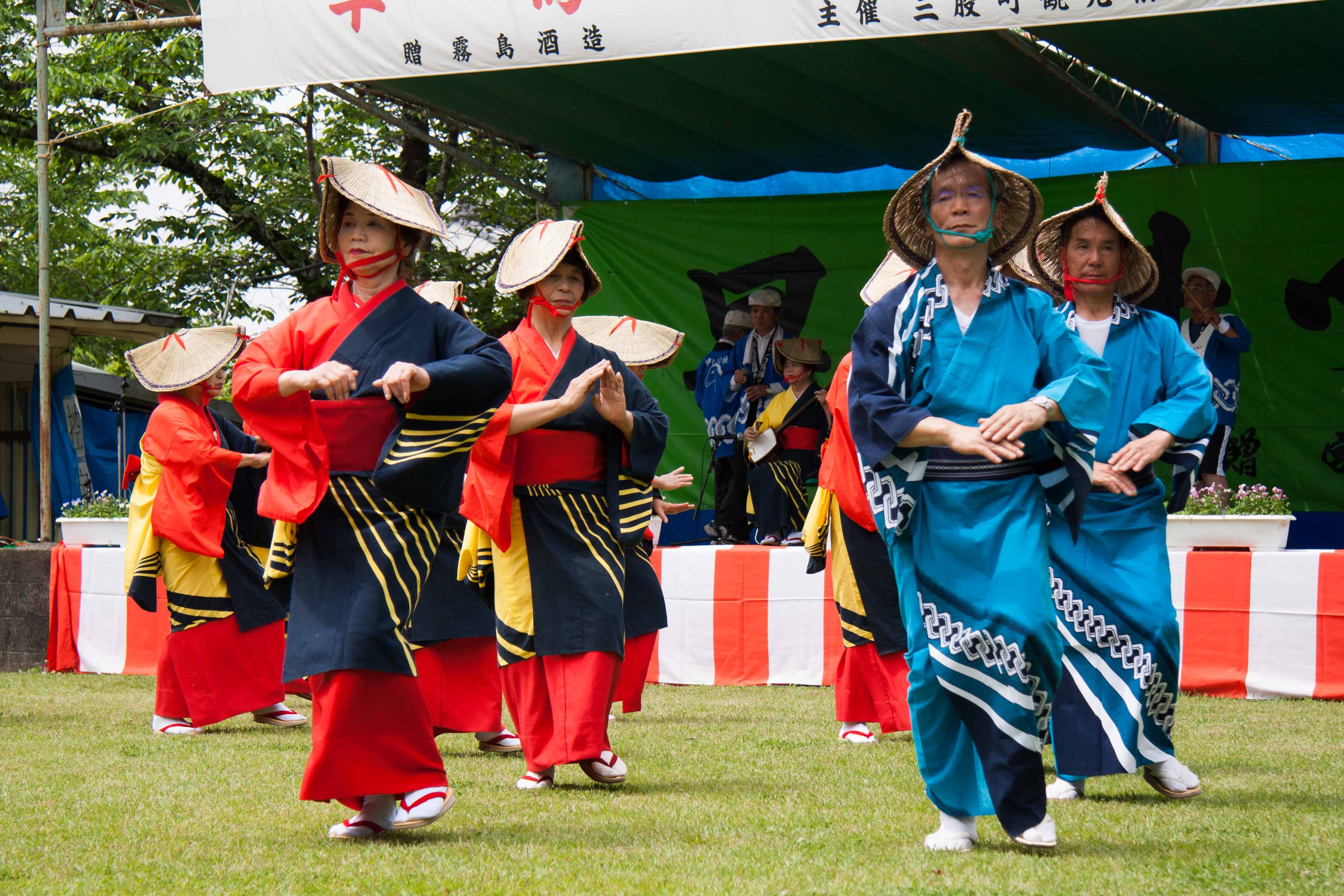 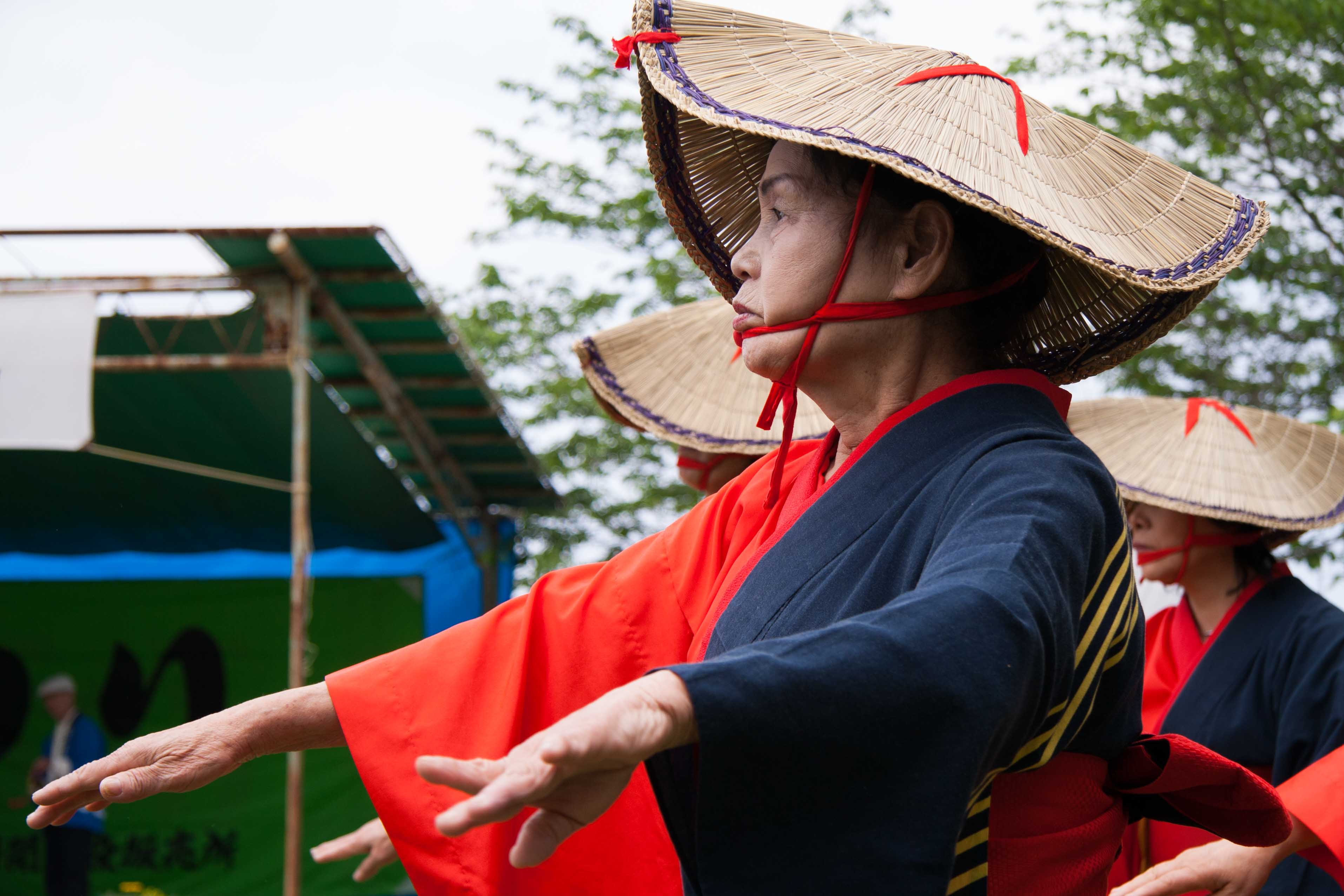 The horse-dance was at least only a few minutes long, and that made me feel better about it.

The rest of the festival consisted of a lot of (human) dancing, taiko drumming, and a performance by the local high school orchestra. 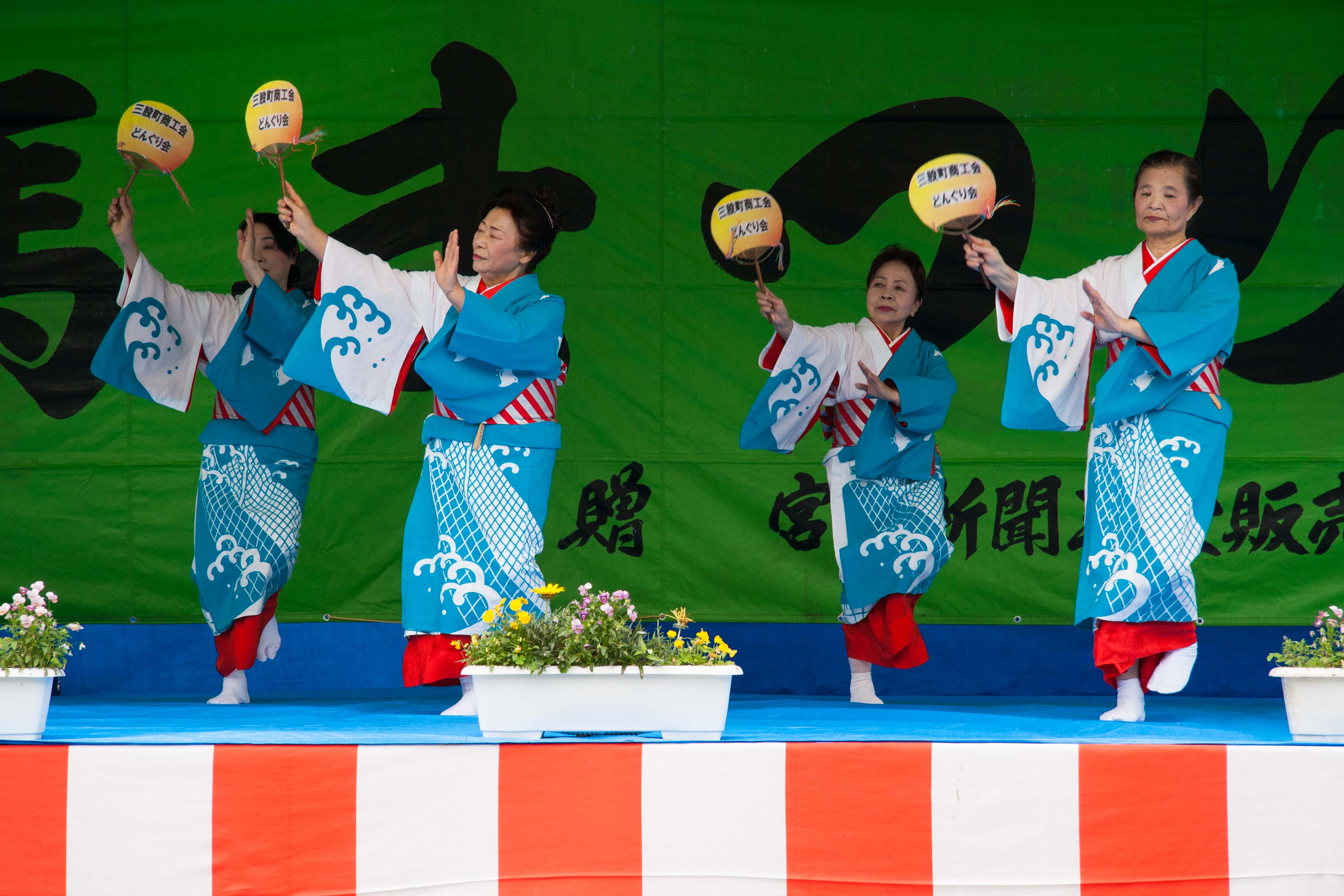 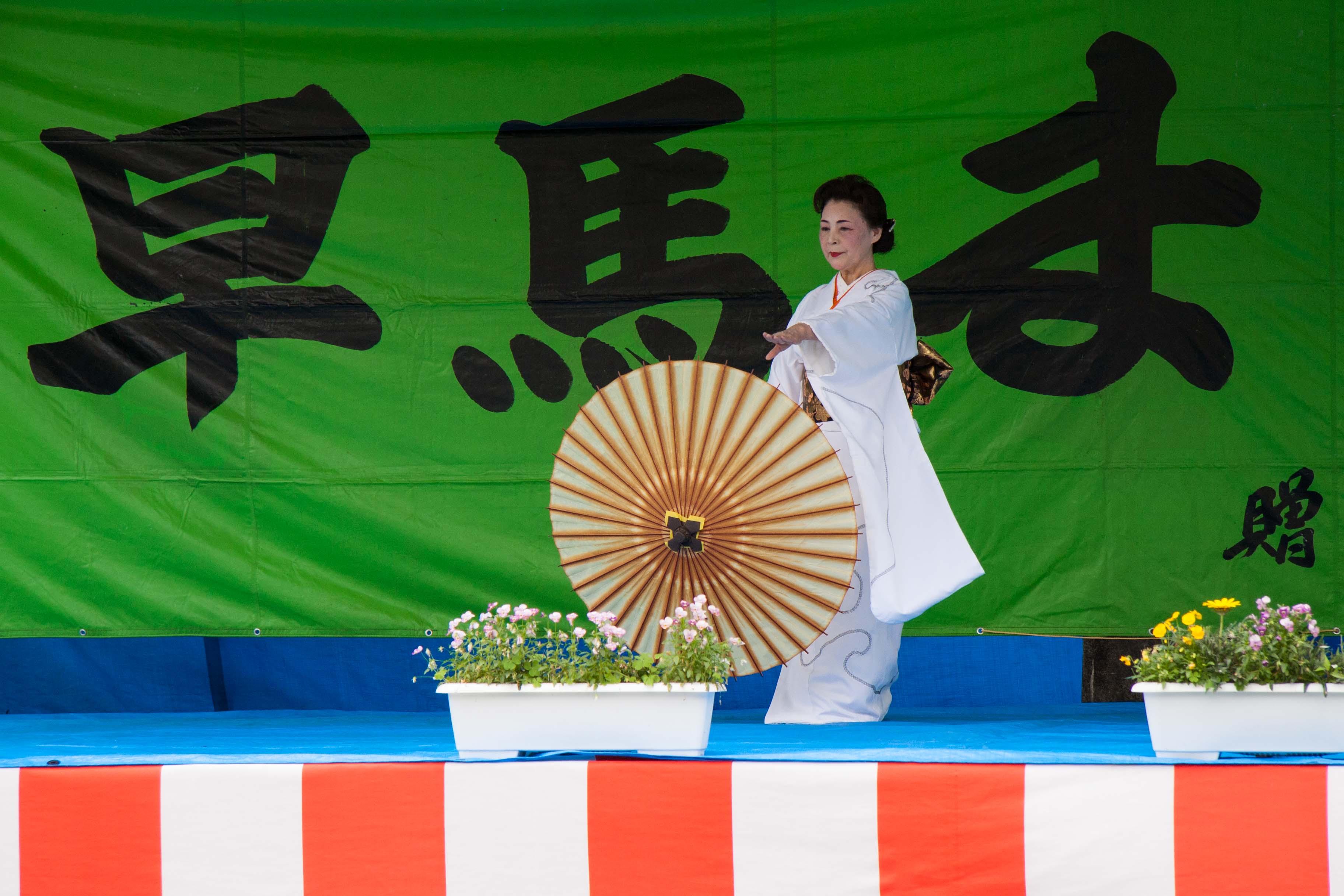 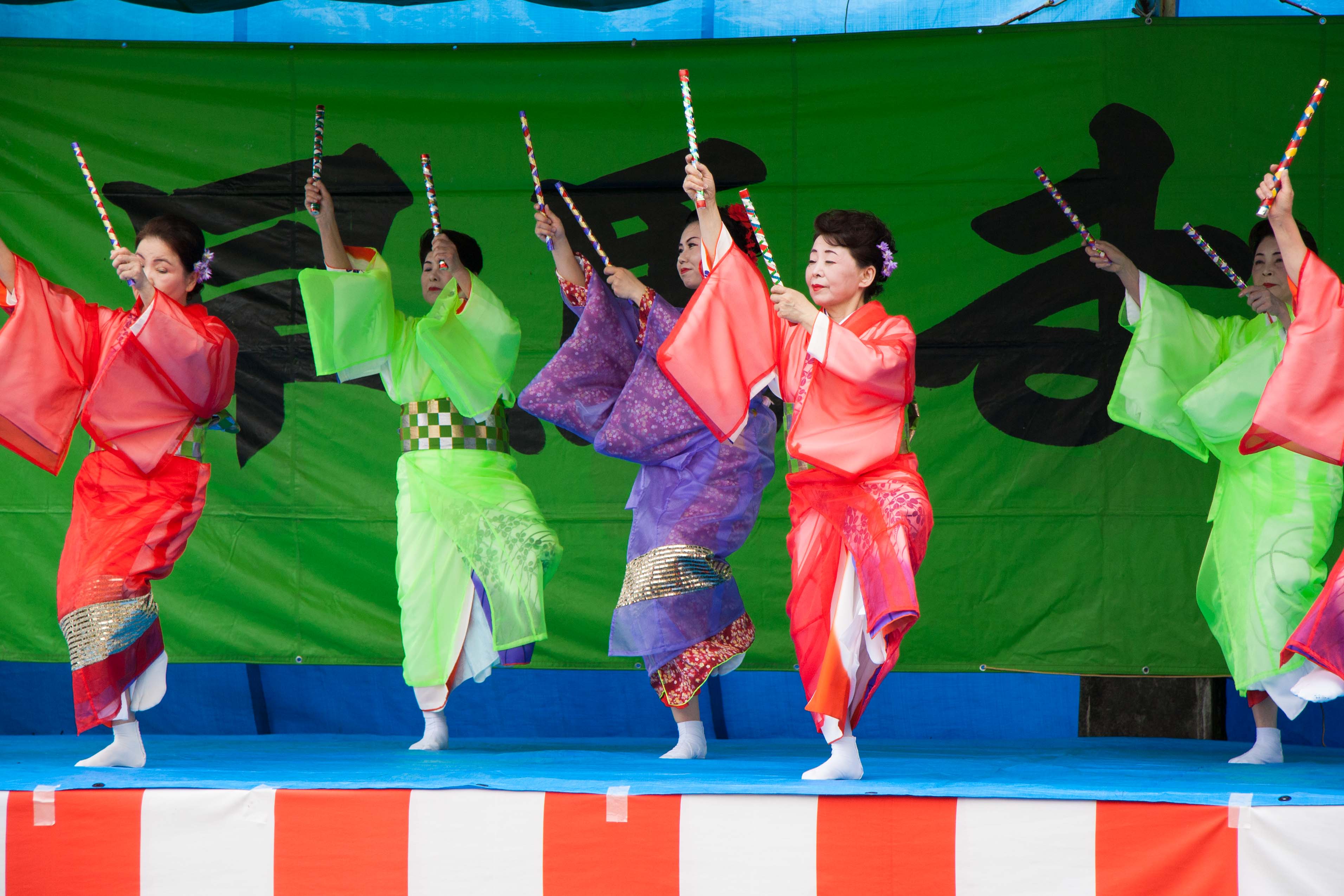 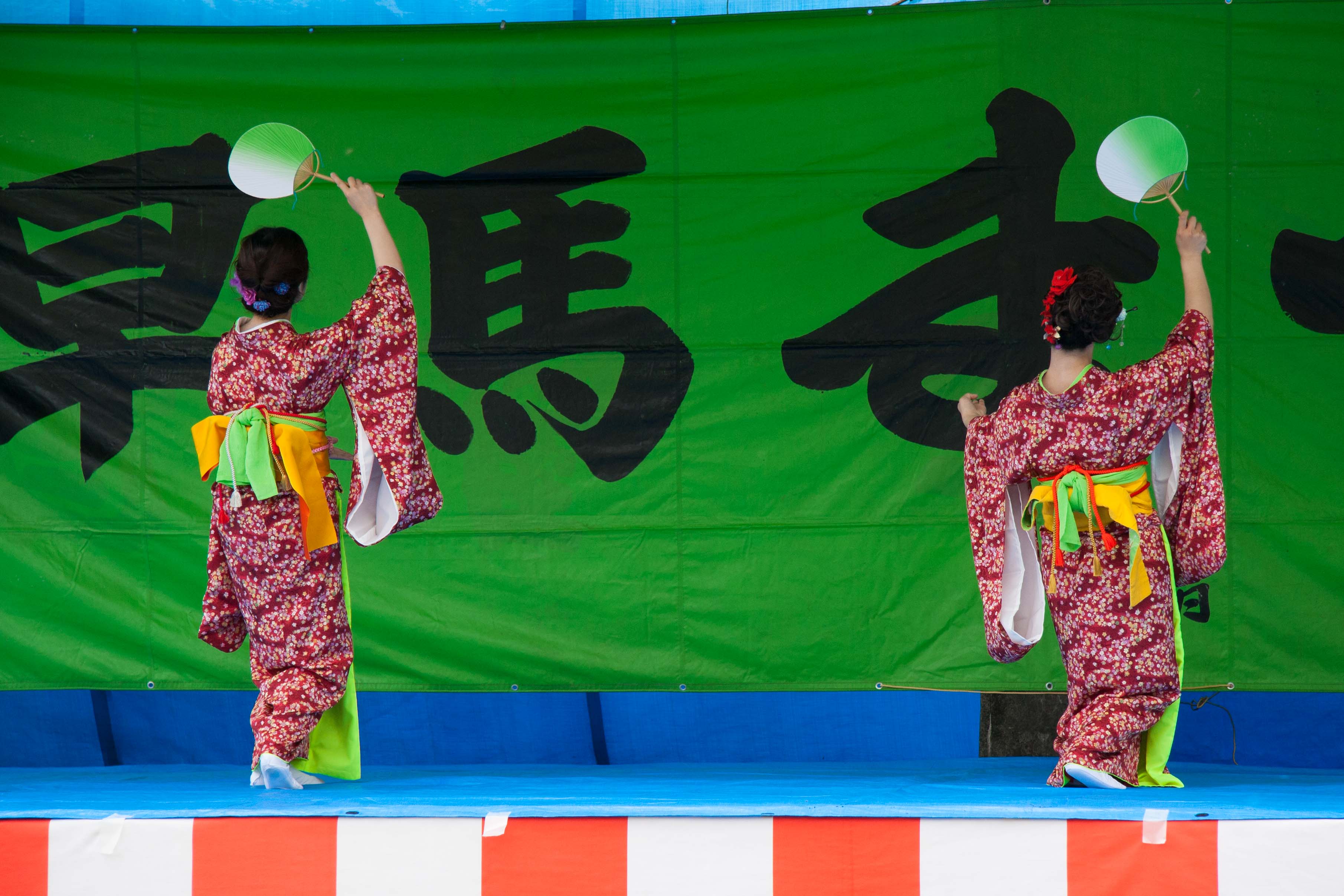 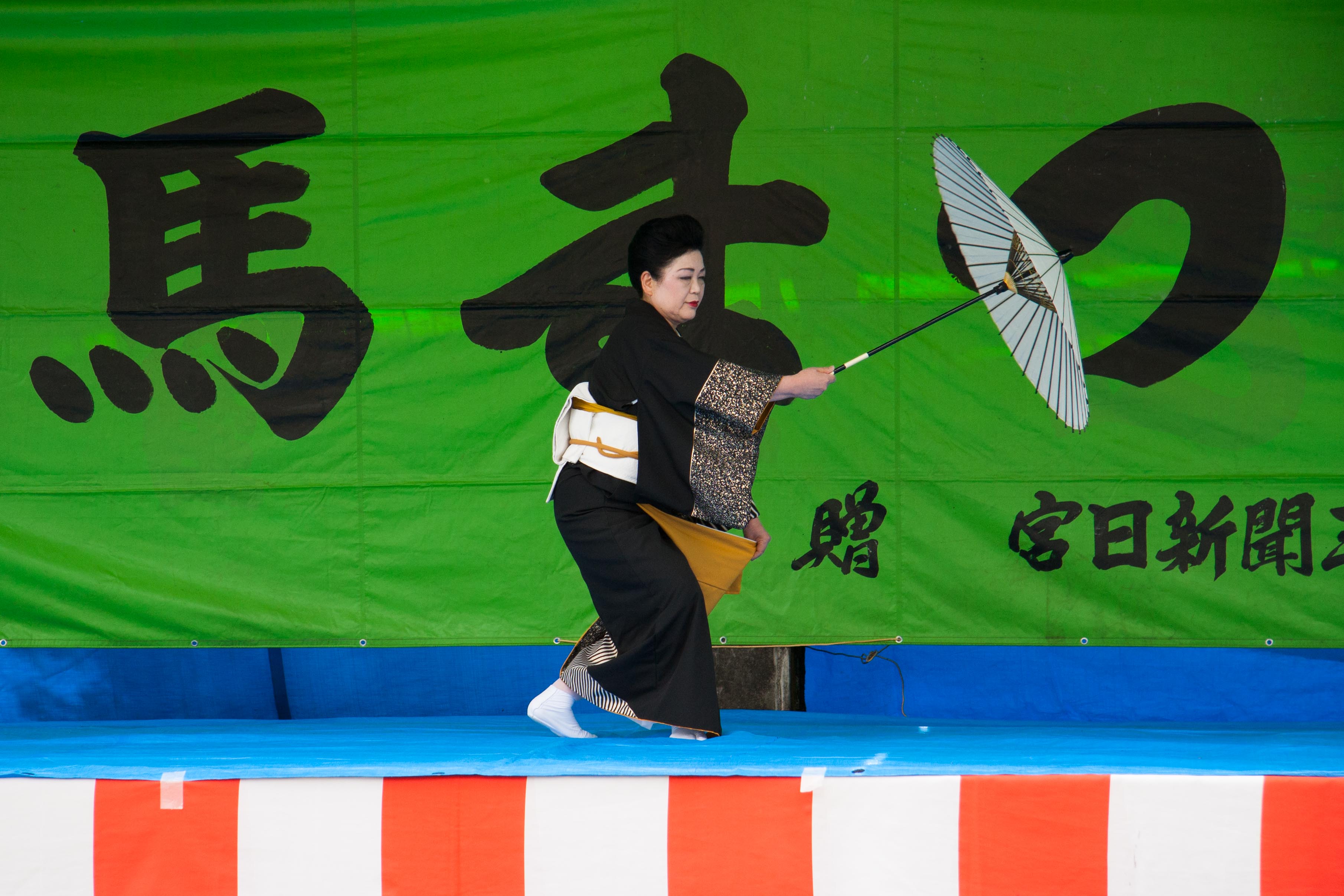 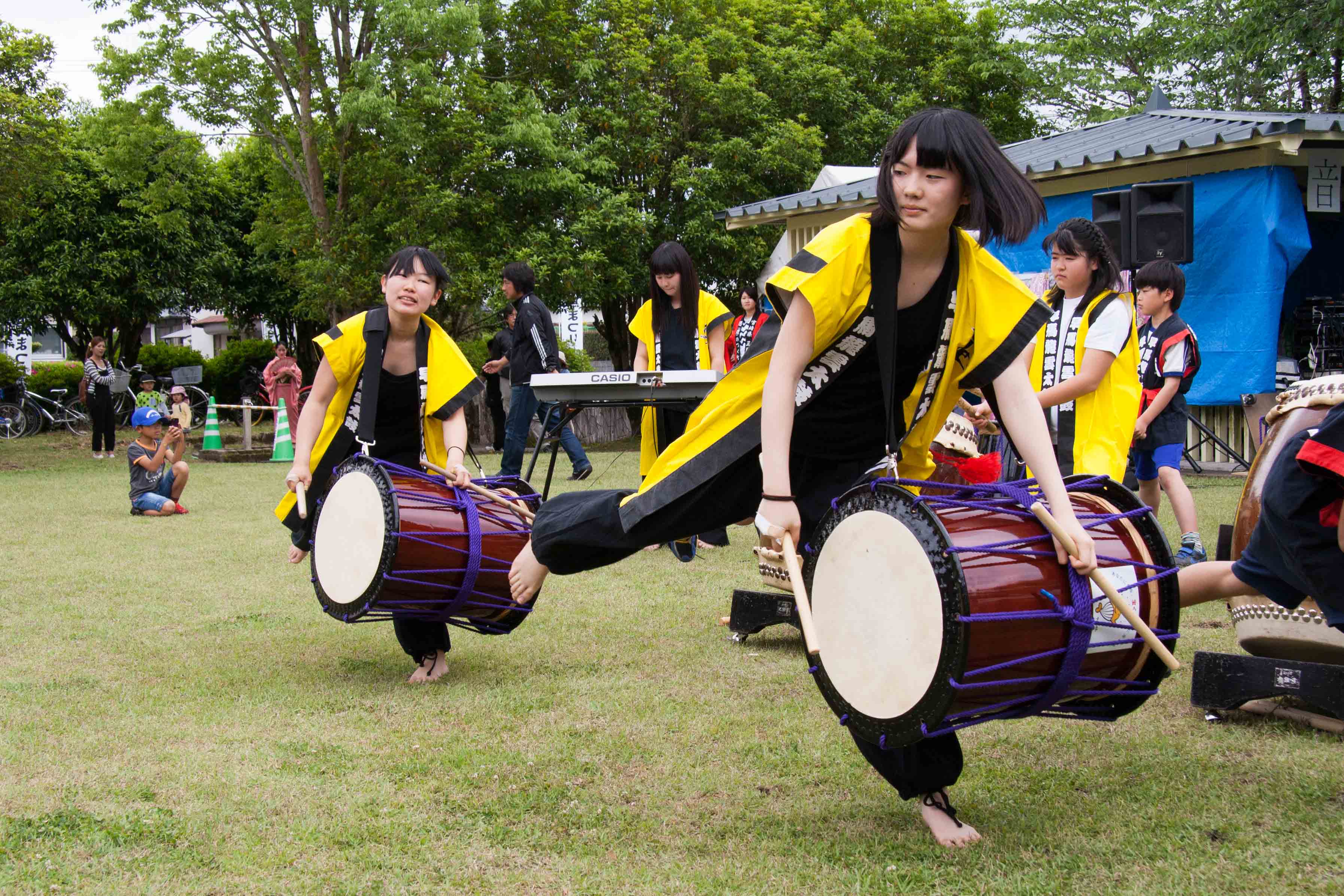 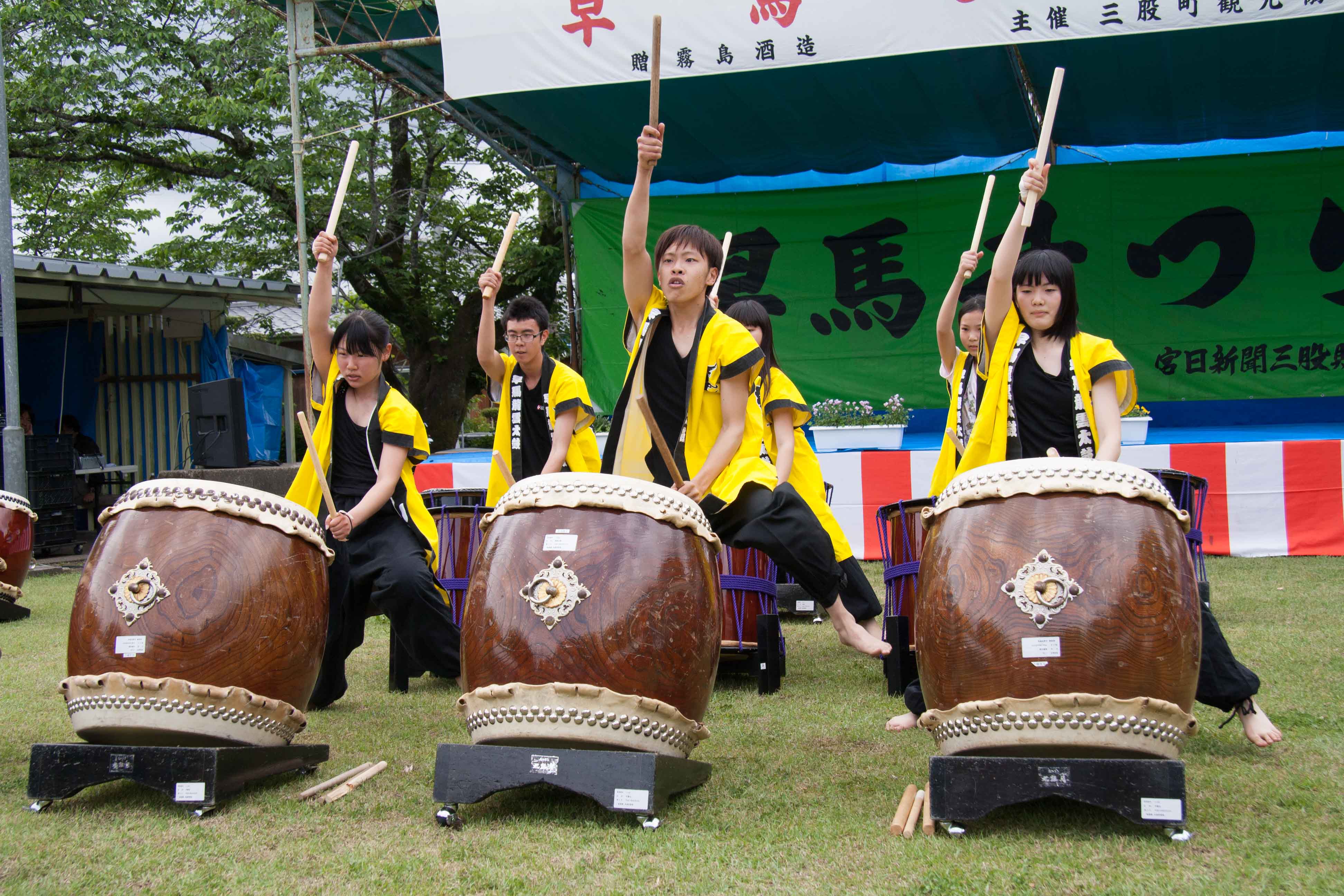 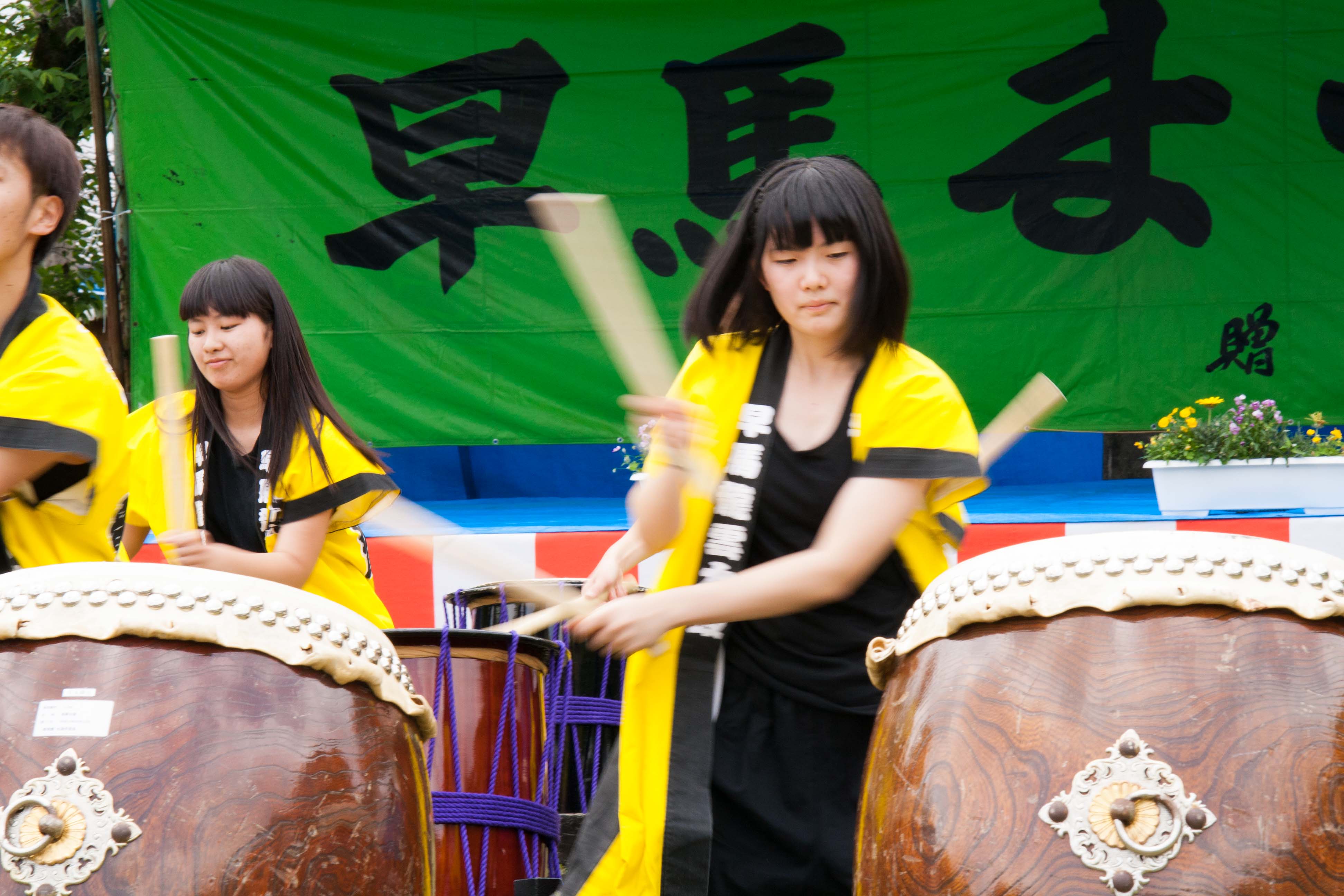 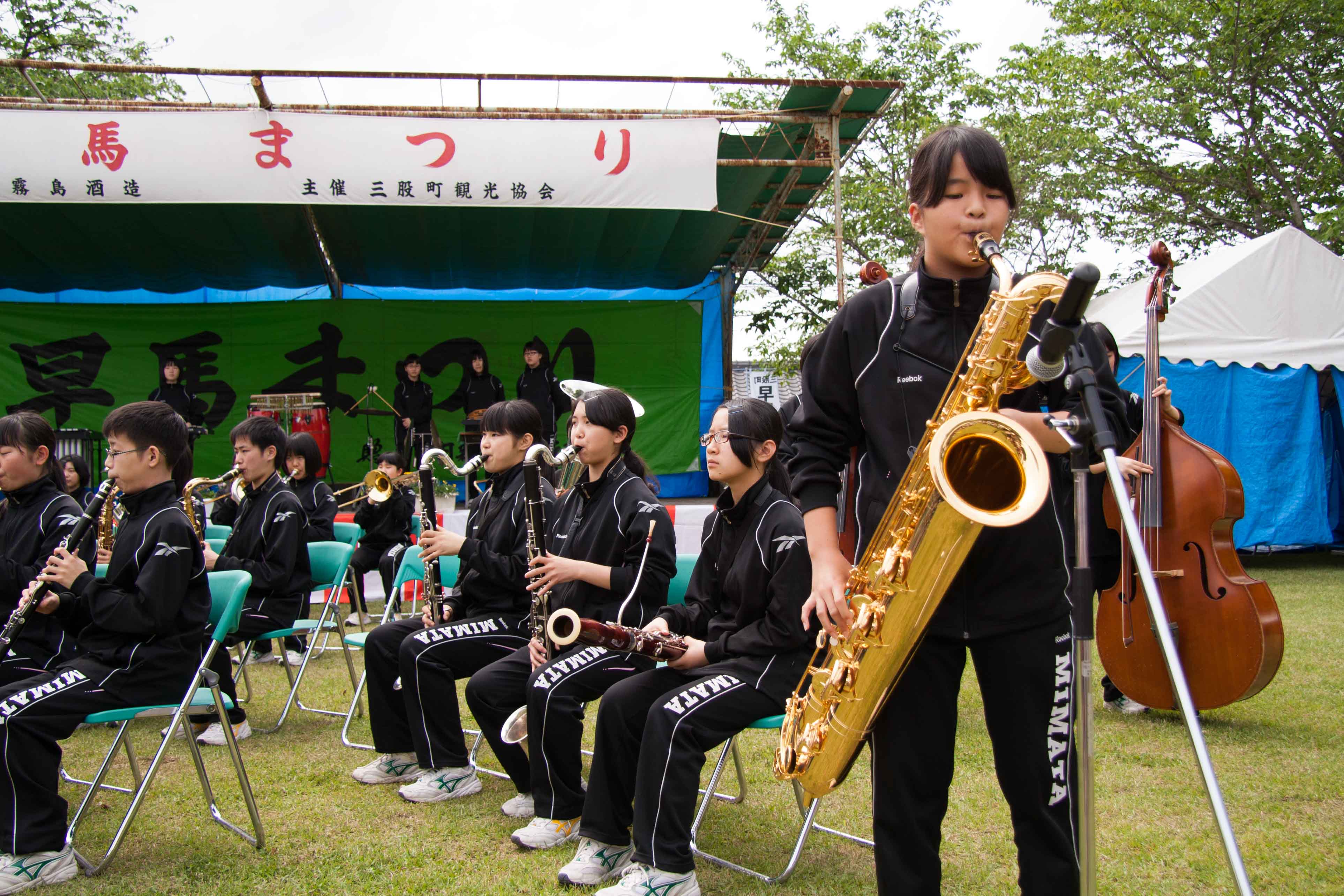 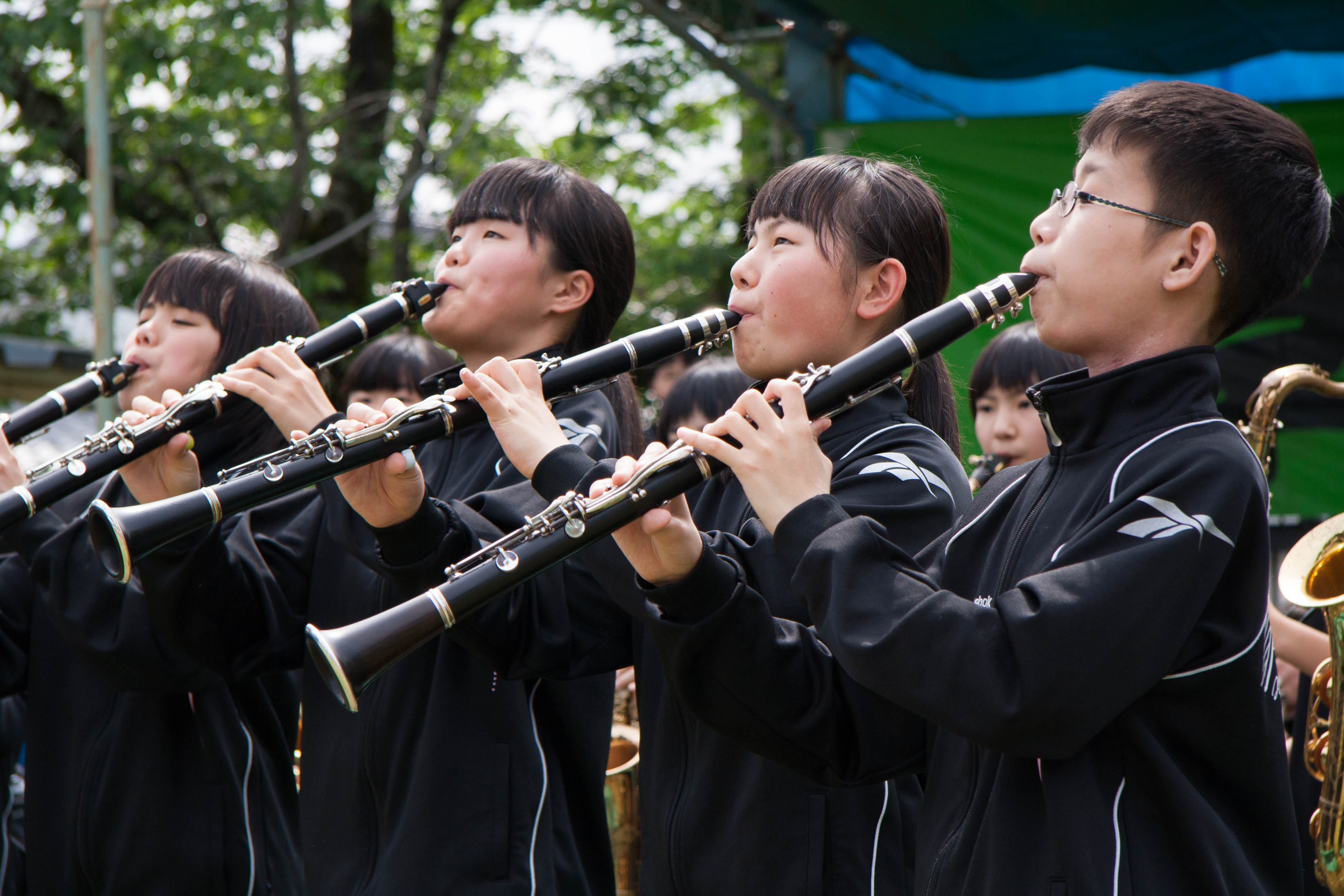 Afterward, we headed down to the river for a bit, and then over to Shiibae Park where the town is holding an azalea festival. But the flowers are unfortunately already dried up, even though the festival is supposed to go on into early May.

We had spotted a sign for Nagata Gorge and decided to check it out on the way back. The gorge, which seems to go on forever, hides just off the road and is as beautiful as Takachiho. Miyazaki and her hidden gems, ne? 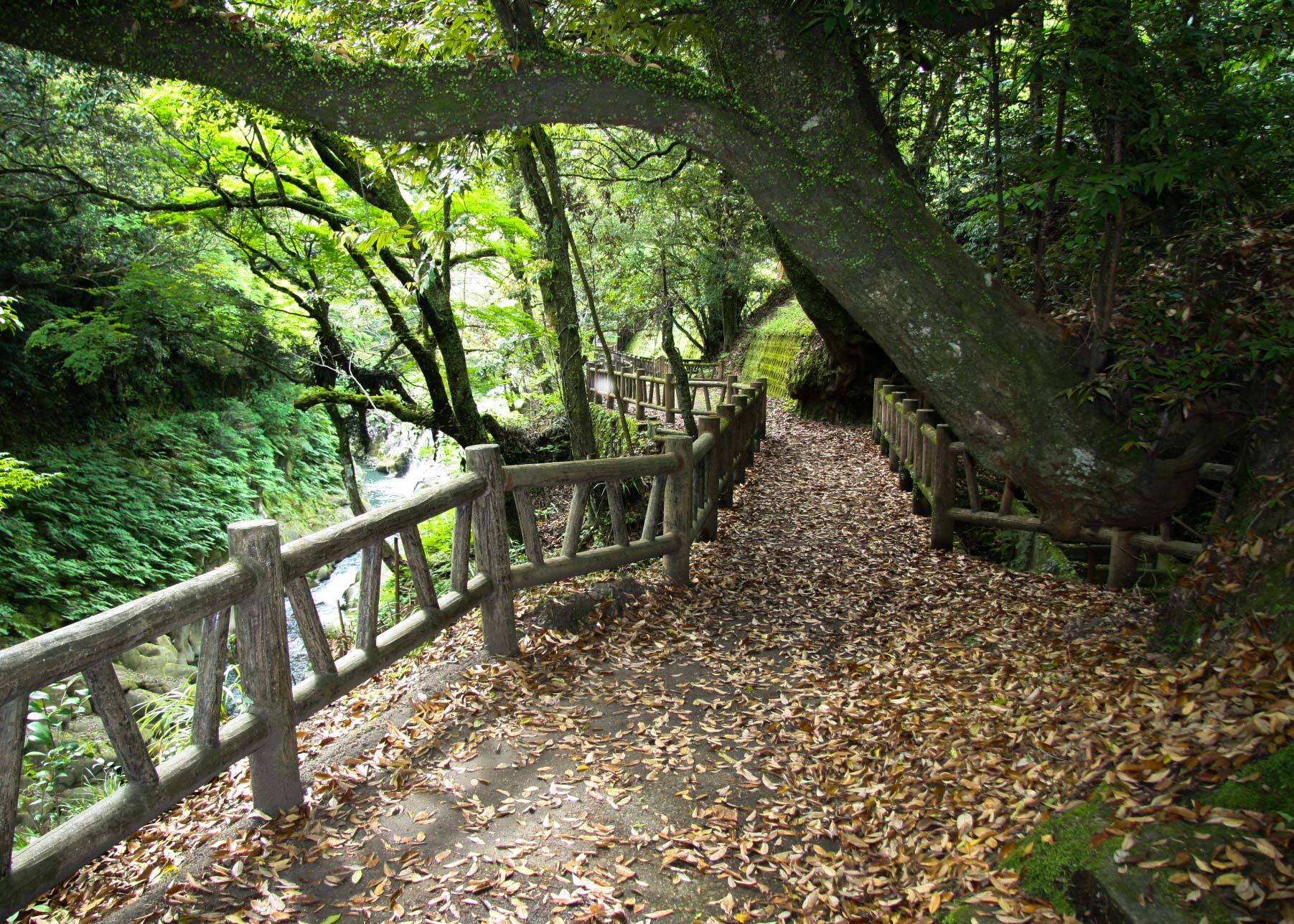 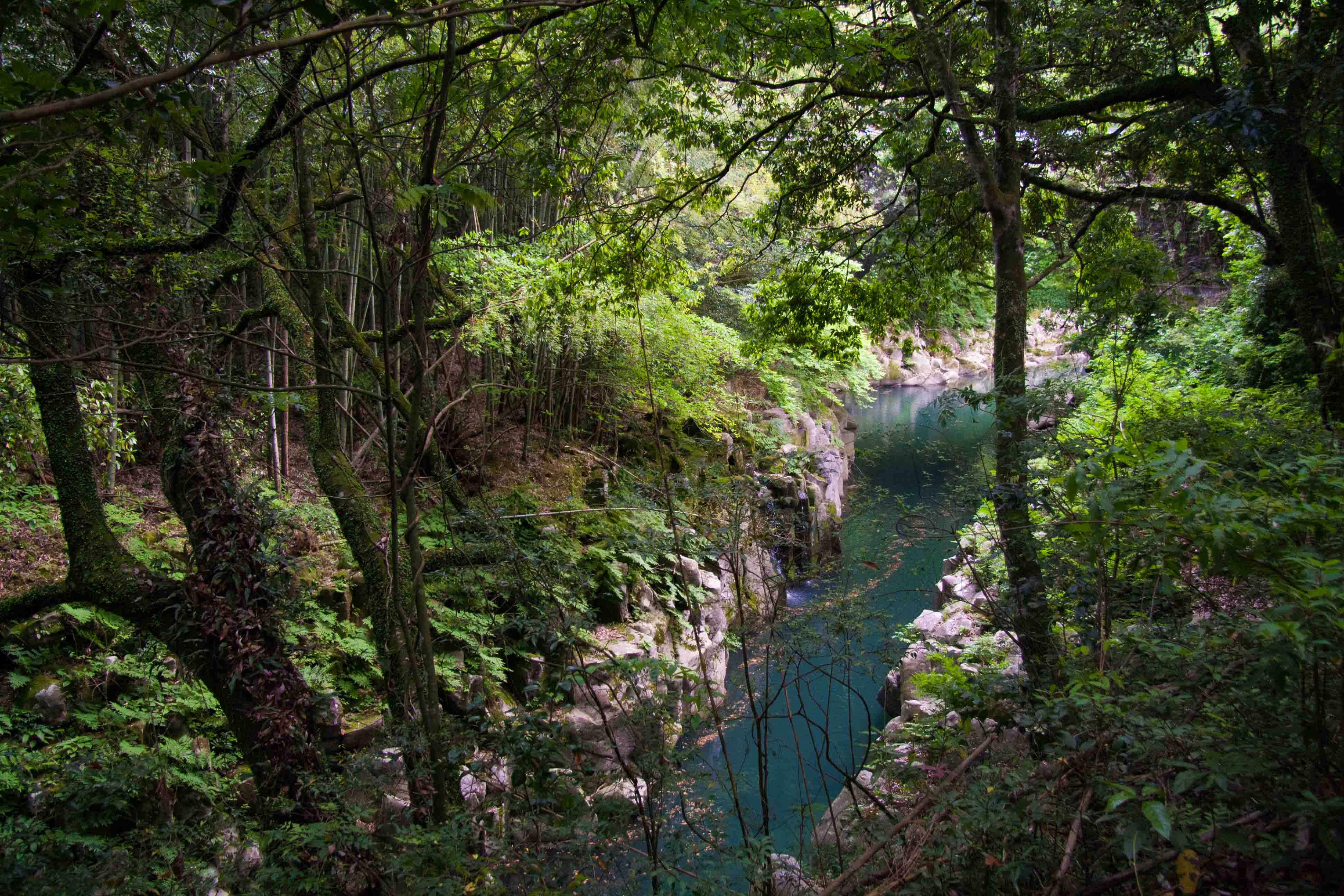 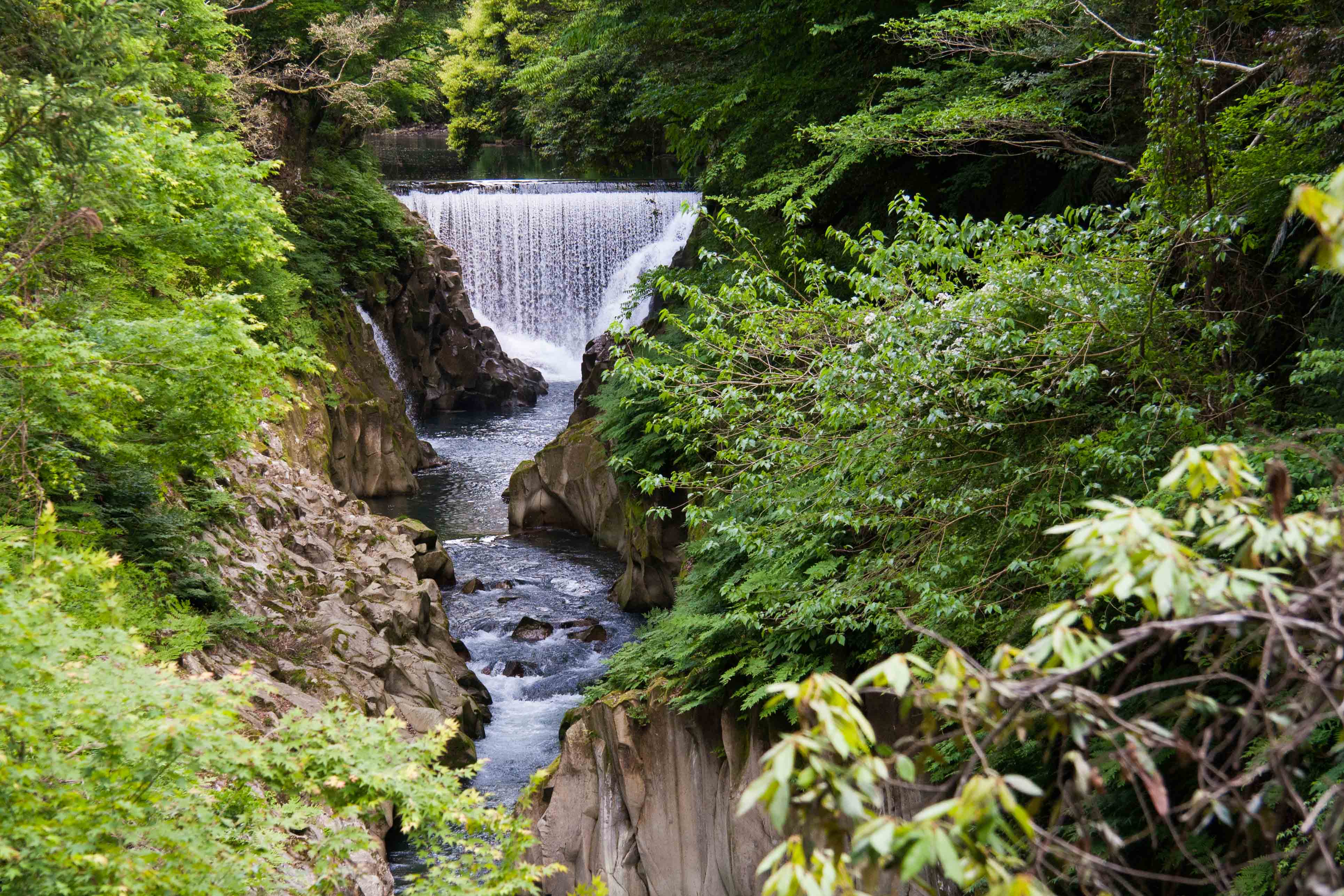 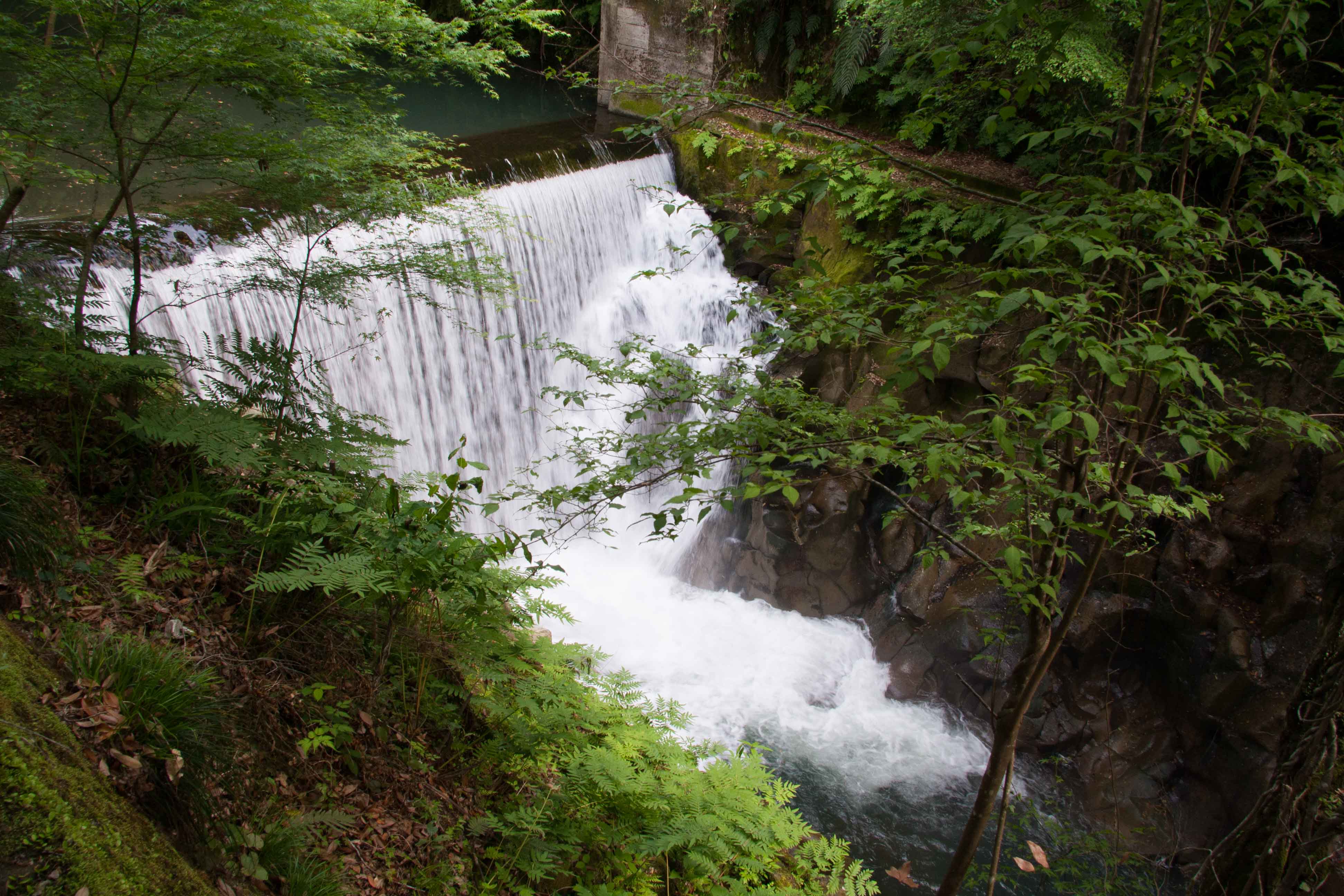 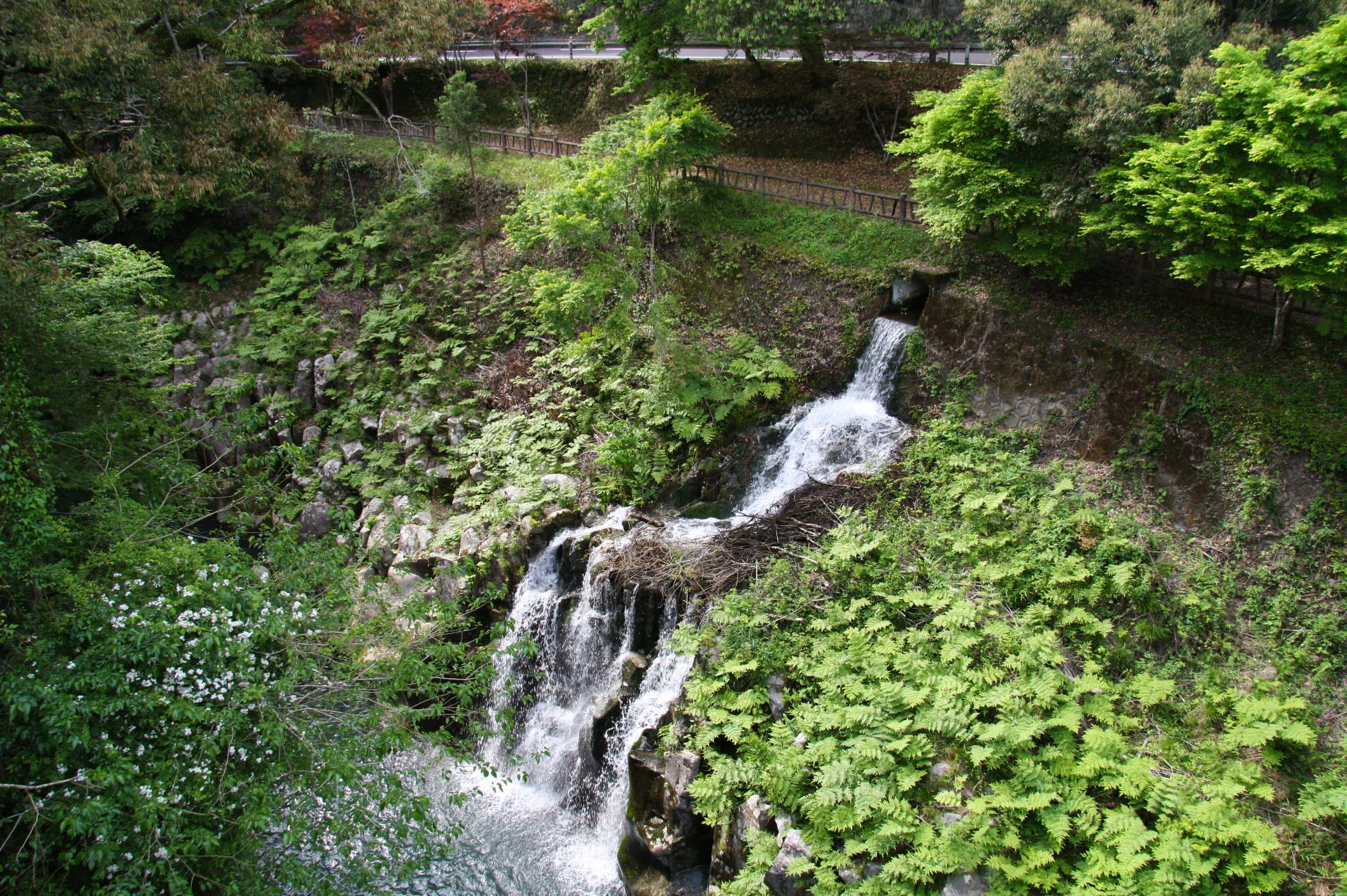