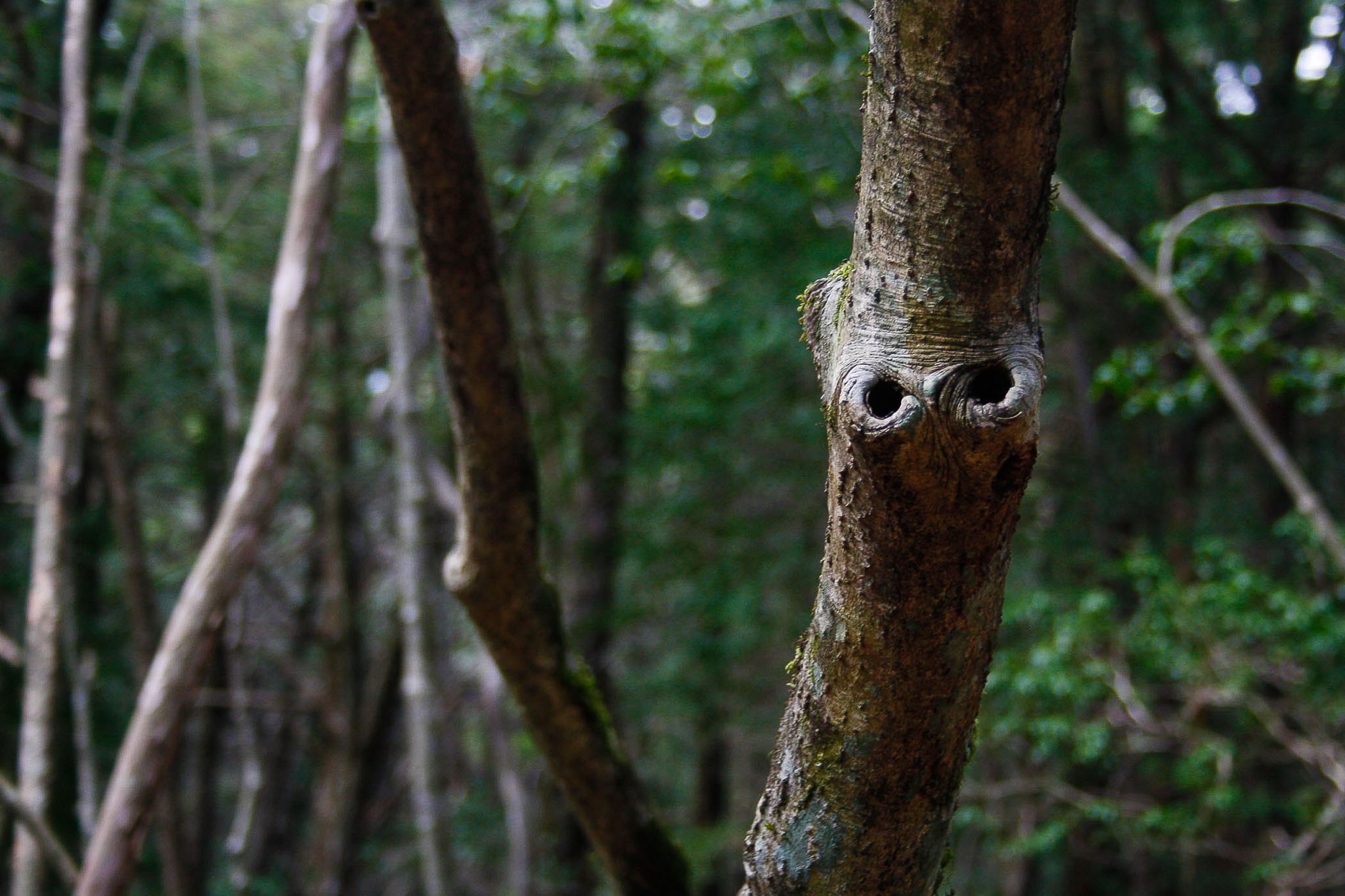 During Golden Week, John and I spent two nights on the smallest of the Fuji Five lakes. Lake Shoji faces Aokigahara, the notorious woodland that sprawls 30 square kilometers of Mt Fuji’s northwestern base. This is part two of our journey into Suicide Forest. Part one is here.

The cry stopped me in my tracks, shattering all the illusions about where we were. It was a man’s voice, and my mind instantly created a picture to match it; someone had jumped and realised too late that they didn’t want to hang.

I turned to John with wide eyes and he must have realised what I was thinking because he immediately said, “It’s just someone fucking around.”

I began to do my own rationalizing; I had read somewhere that sound does not echo in the forest. Perhaps someone was just testing a theory.

Dismissing suicide as the cause for the yelling seemed like a mistake in the forest of its namesake, especially when considering the statistics and time of year. But growing up believing violence is normal tends to result in numbness, often mistaken for denial or passivity. 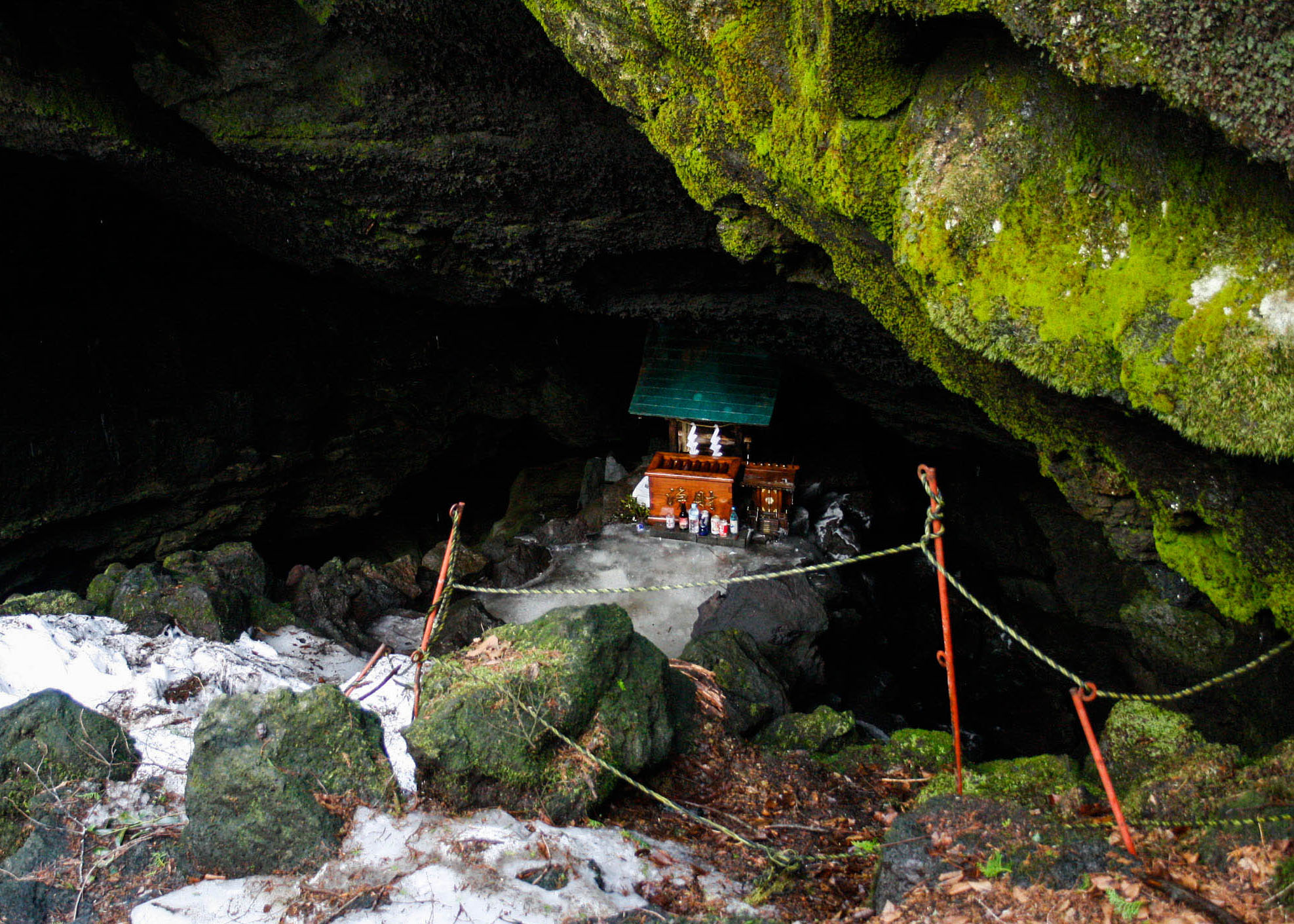 The cave we had been hiking to was closed off due to safety reasons, but we could still see a fair bit from the steps leading down into it. A large sheet of ice added an extra layer of coolness to the air and water trickled from the cave walls like rain, feeding the moss growing below. It was very peaceful.

There was also a small shrine sitting on one of the cave’s stone tables. I wondered what people had wished for when they left their offerings.

We decided to follow the road then; the forest had begun to weigh heavily on us.

It is said that vengeful yurei(ghosts) haunt the forest, drawing people in, preventing them from getting out. In addition to the many suicides each year, the forest has also witnessed the deaths of those fallen victim to ubasute– the alleged practice of abandoning the elderly in the forest to die during the famines of the 19th century. 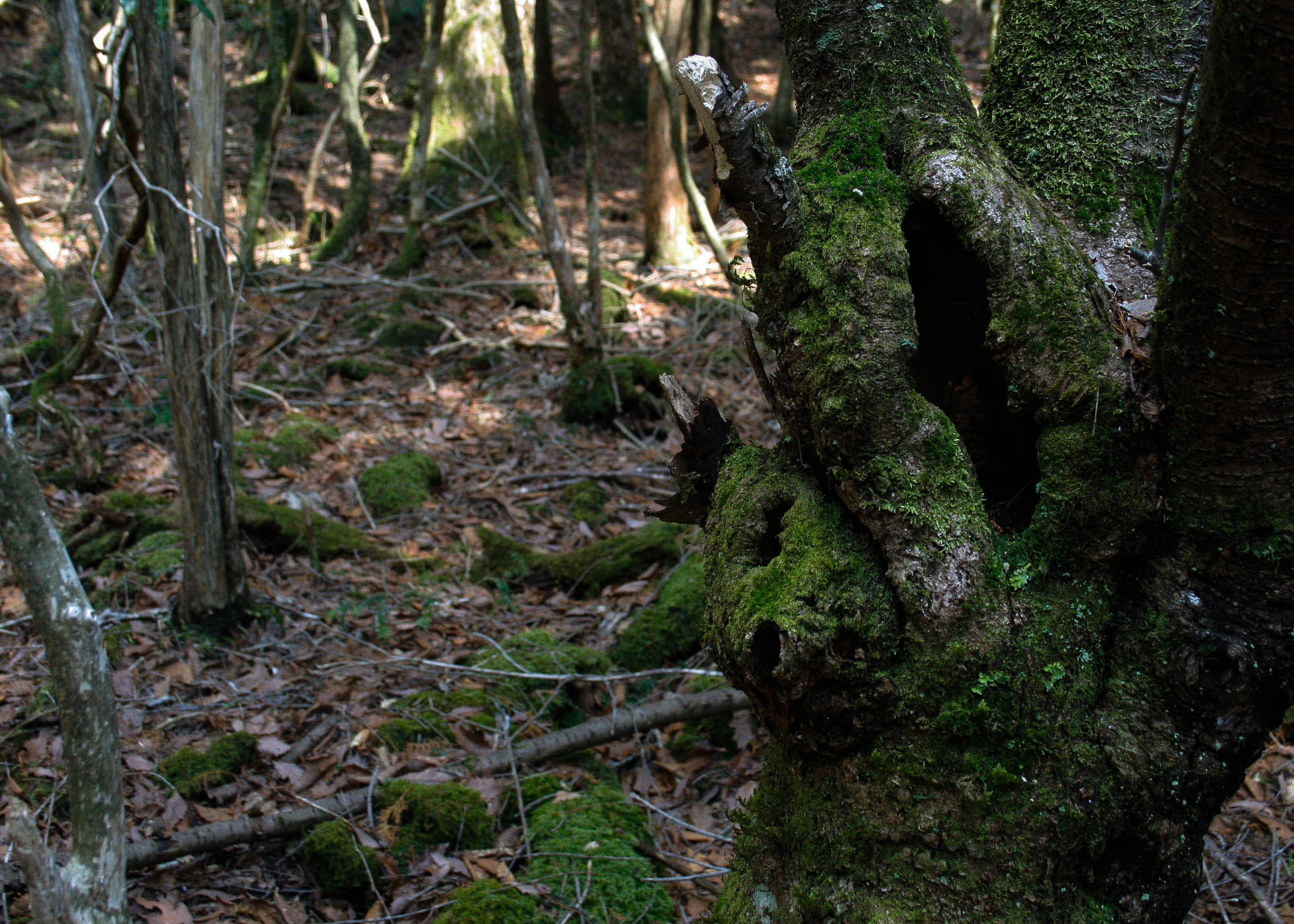 We passed a house or two and I thought about what it must be like to live meters away from Aokigahara. Two of the trails leading from the road back into the forest were blocked off with yellow police tape. I stepped over it to take a few photos but returned when I could see I was making John anxious.

An empty white car was parked just off the trail. We hadn’t seen or heard anyone for the past hour.

The conversation between us had waned, too. The air was uncomfortable; not quite cold enough for the layers I was wearing but not quite warm enough to take them off. We were both growing tired and irritable, and I was feeling oddly drained.

The forest is overwhelming in its abundance. We had been walking for hours, but it felt like we had gotten nowhere. But as John pointed out, it was the size of a very small country, and we had only seen a thumbnail of it. 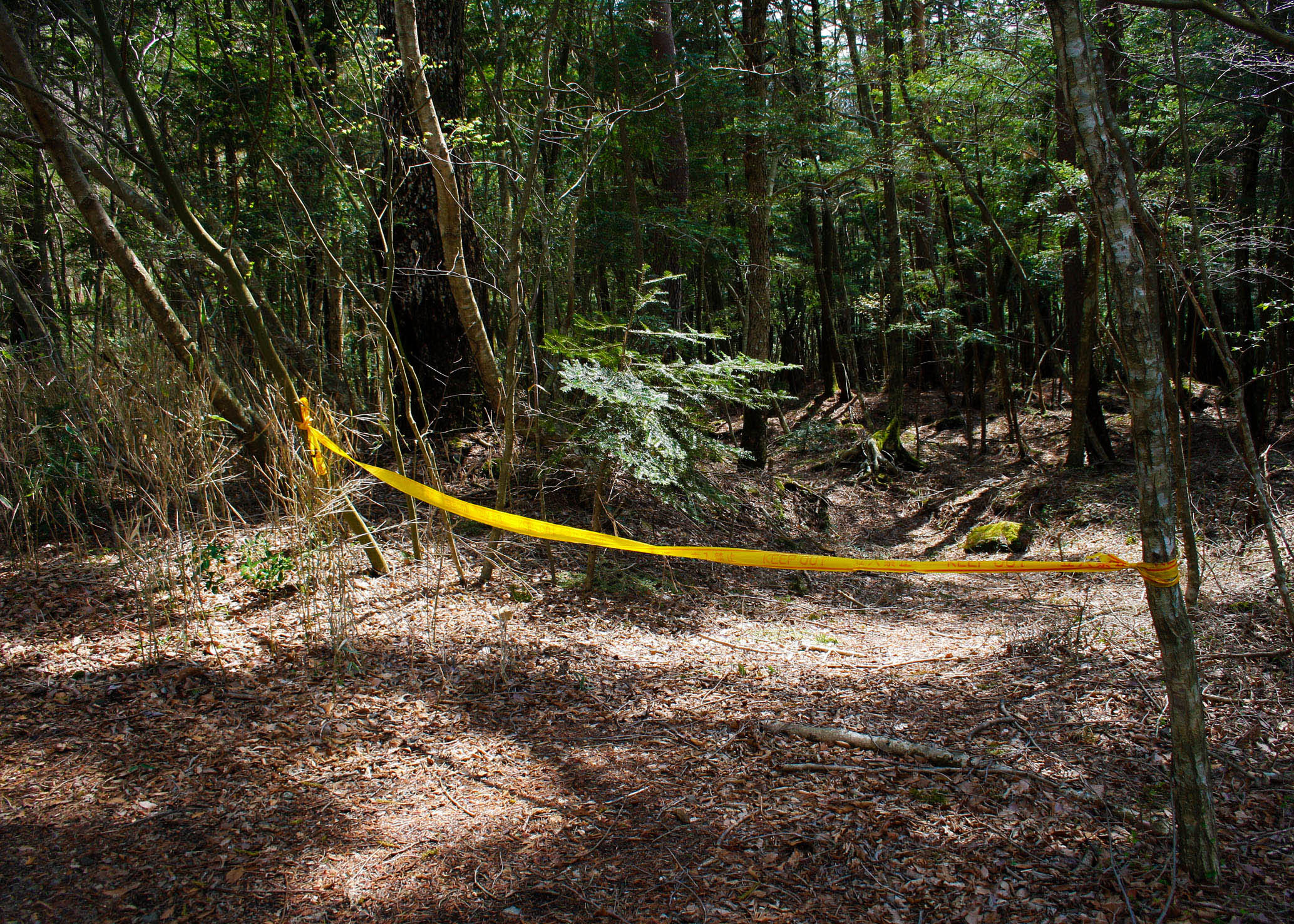 We stumbled upon an old fridge turned on its side and what appeared to be a car roof rack. What the hell was a fridge doing in a forest?

When we eventually reached the ice cave, we decided to give it a miss after finding more busloads of schoolchildren and a line that would have taken about an hour to move. It was golden week, after all.

We were back on a road at this point, heading in the direction of the wind cave. I convinced John to let us take a trail that I was sure would lead us back to the bat cave.

After traversing a giant log, I felt something grab my throat and screamed in panic. It was just a spider-web – to my relief and John’s annoyance. I had scared the crap out of him. 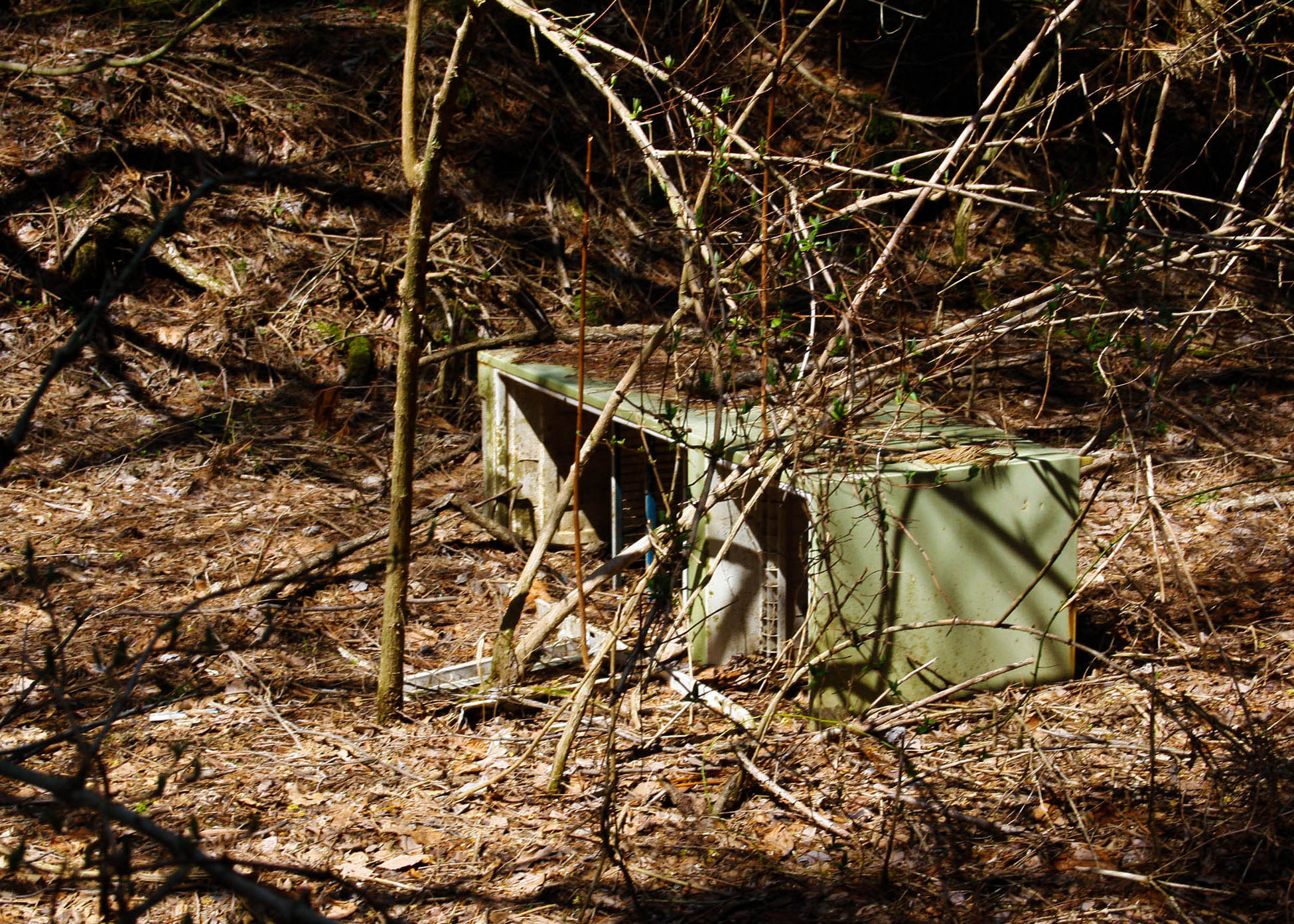 We arm-waved through a few more and realised we weren’t where we were supposed to be. The compass on my phone confirmed it.

But my energy had picked up again and I wanted to explore; we had found a bucket and large drinking flask, a few coke cans and bottles. John wasn’t having any of it though – it was approaching late afternoon and he didn’t want us to get lost in the dark.

We got back to the road and I noticed a group of eager, young Westerners disembarking from a bus. One of them glanced my way with a smile and when I could only muster a stare I finally understood the look we got from those young men so many hours before.

Eventually, we found the right trail and it was immediately clear it hadn’t been walked in a while. The sun played peek-a-boo with us as we negotiated our way through spider web after spider web. 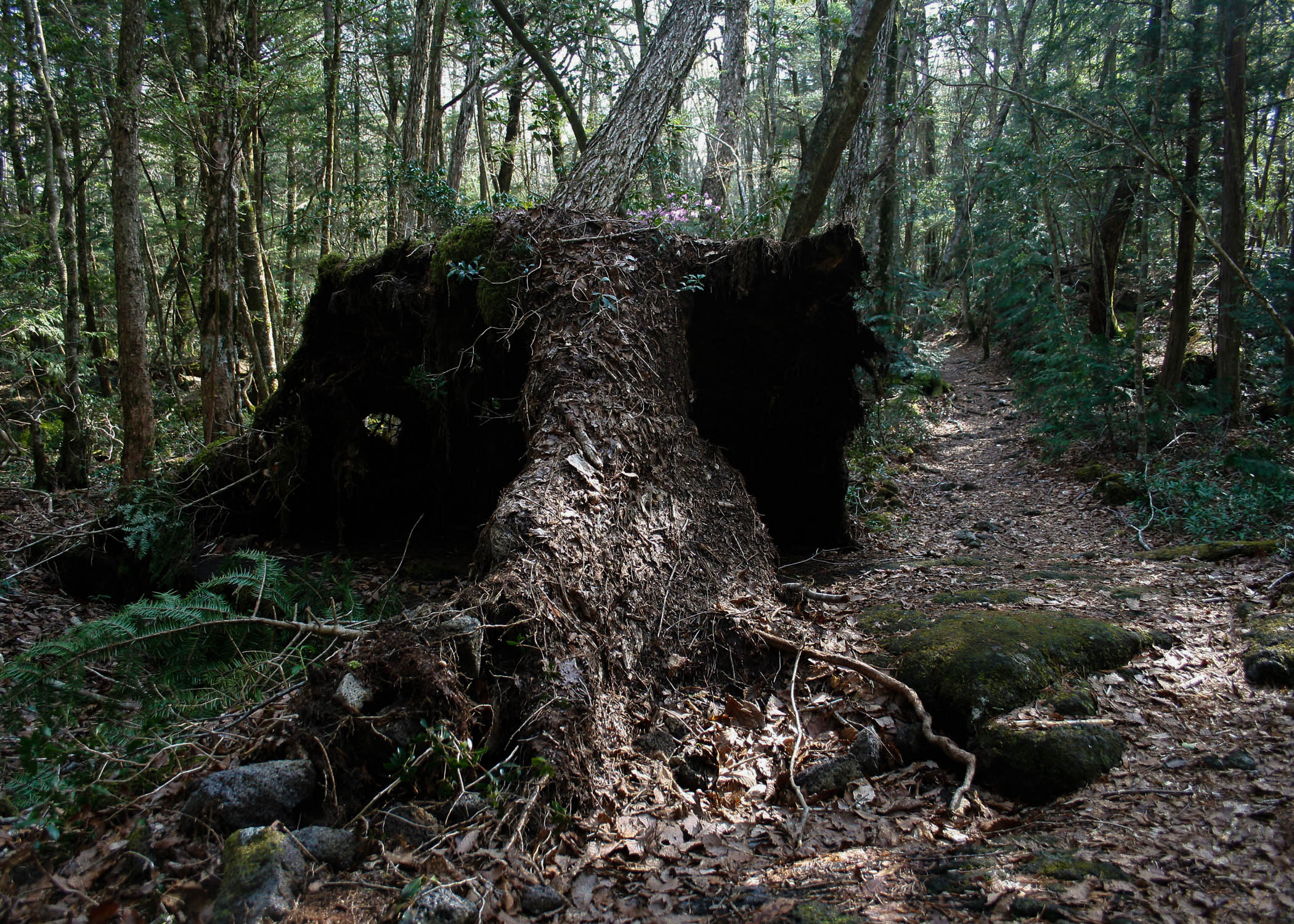 Each time the wind blew it sent a wave through the trees. The rustling leaves sounded just like the ocean.

We were acutely aware that we were very much alone in this part of the forest. It was overgrown. Quieter. More pristine. The coffee cup resting on a fallen tree branch a few meters into the undergrowth seemed out of place.

The forest had taken on a different appearance in the shadows and I shuddered at the thought of what it would be like to walk through it at night.

In his best-seller Kanzen Jisatsu Manyuaru (The Complete Manual of Suicide), Wataru Tsurumi called Aokigahara the “perfect place to die”.  The book has been found next to many bodies in the forest. 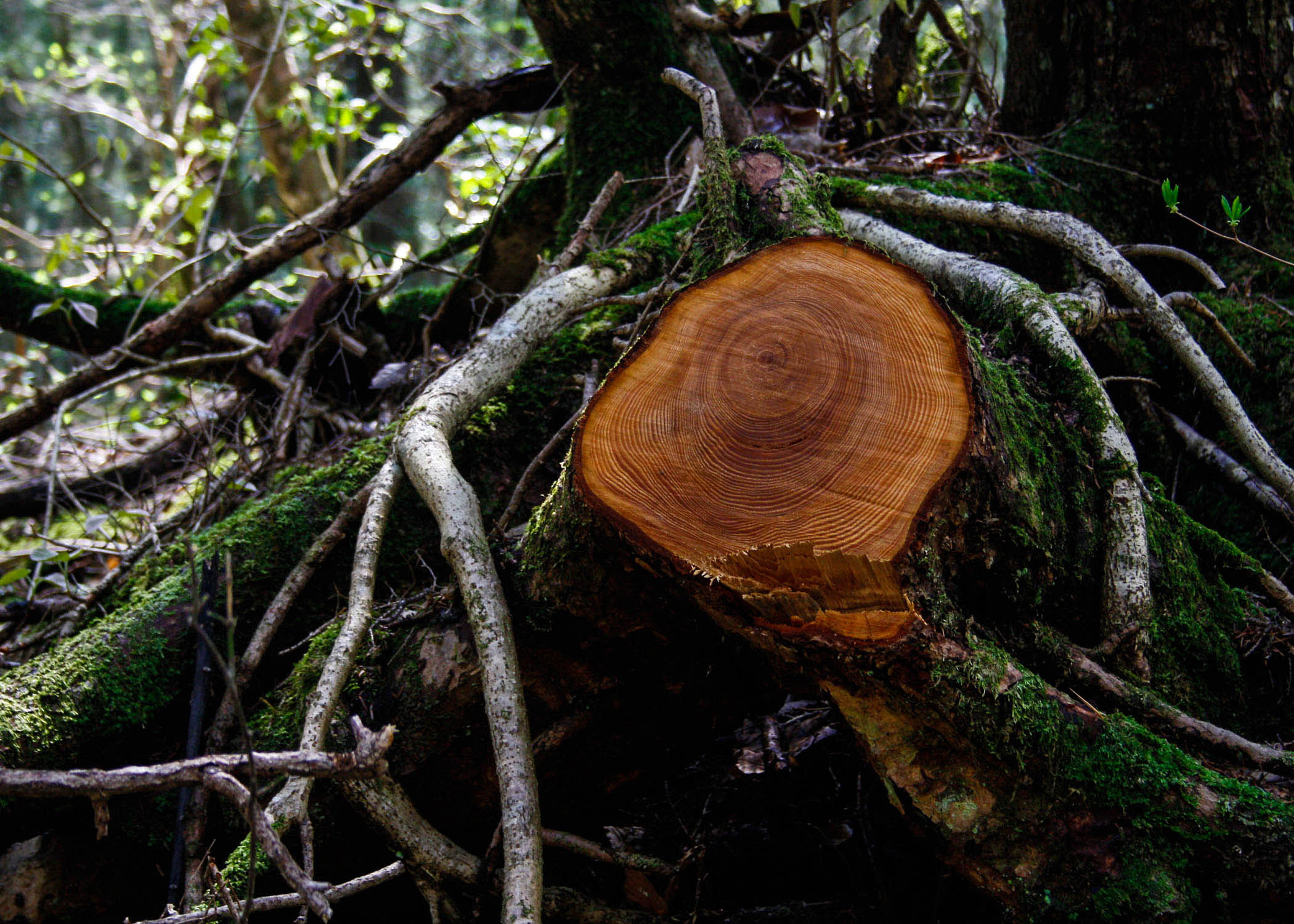 I think it’s the perfect place to get lost. On your way, or in your thoughts.

I thought of many things as we journeyed out of Aokigahara.

I thought about the people who had come here to escape life, and the ones who had narrowly escaped death.

I thought about suicide, and the people I knew who had committed it.

I thought about the forest’s paradoxes.

I thought about what a great place it was for thinking.

And, as we reached the exit that had been our entrance, tired, thirsty and sore, I thought about the poignancy of looking for things that don’t want to be found. 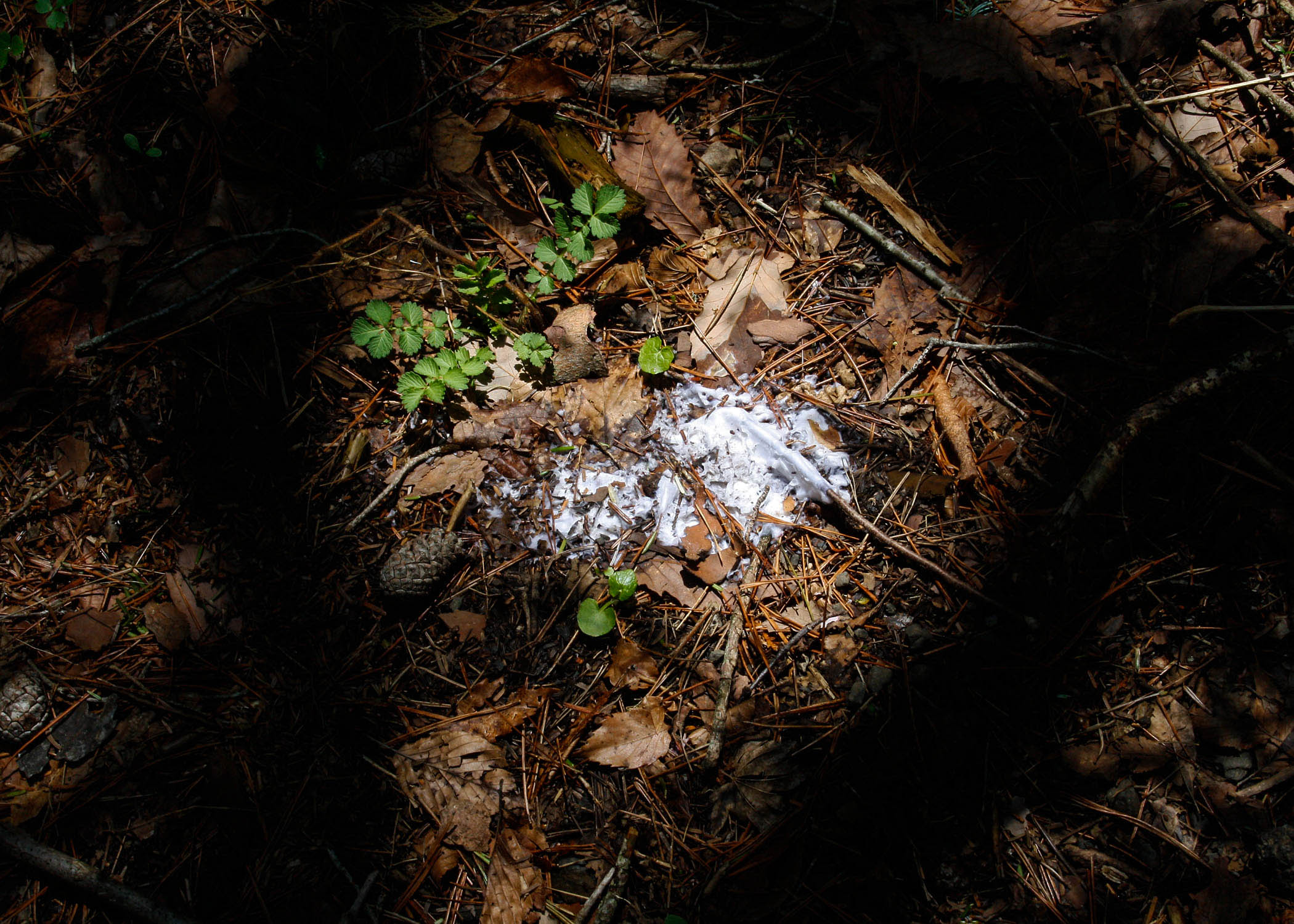 You are in the one place I would love to visit in Japan. The place must have such a feeling just hanging in the air, as if you were walking through Chernobyl. Great writing !!!

Simonereply
– In reply to: Duncan

Thanks Duncan! It’s been on my bucket list for years and the experience was well worth it.