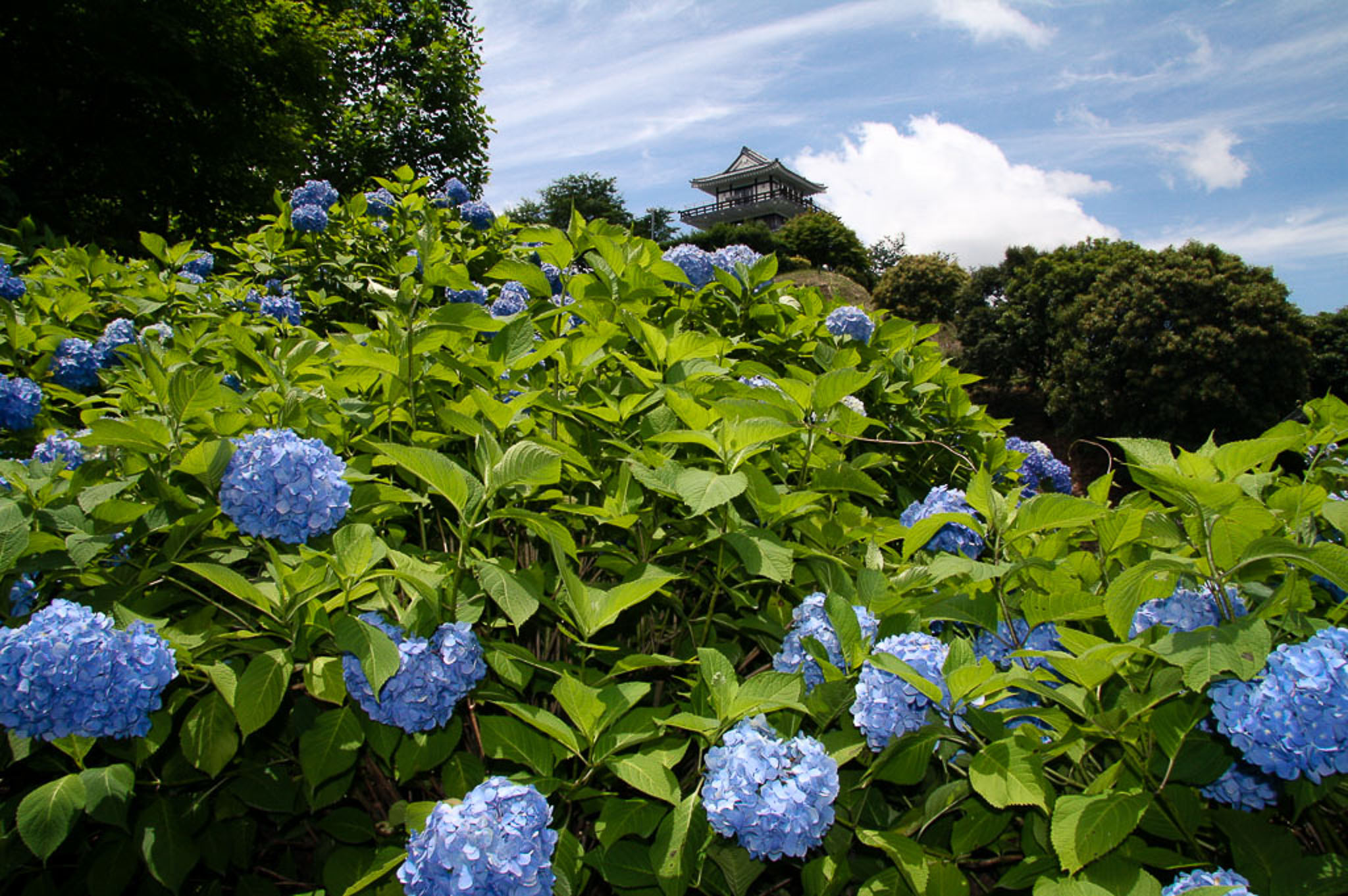 Due to the stubborn Mei-yu front, most of East Asia experiences a two-month rainy season. During June and July, the weeks become an endless parade of cloudy days, accompanied by debilitating humidity and, if you’re not careful, drawers full of mould. In Japan, this period is known as tsuyu or baiu [梅雨], which literally translates to ‘plum rains’; the season is supposedly named for coinciding with the ripening of the plums.

This year in Miyazaki, which delivers up to 1,000 mm (39 in) of the wet stuff during tsuyu, we bid farewell to our sunshine and good hair days at the end of May. It’s been pretty much a constant downpour ever since (it’s raining as I type this), and it’s getting depressing. Thankfully, there is an upside: the hydrangeas are in bloom. 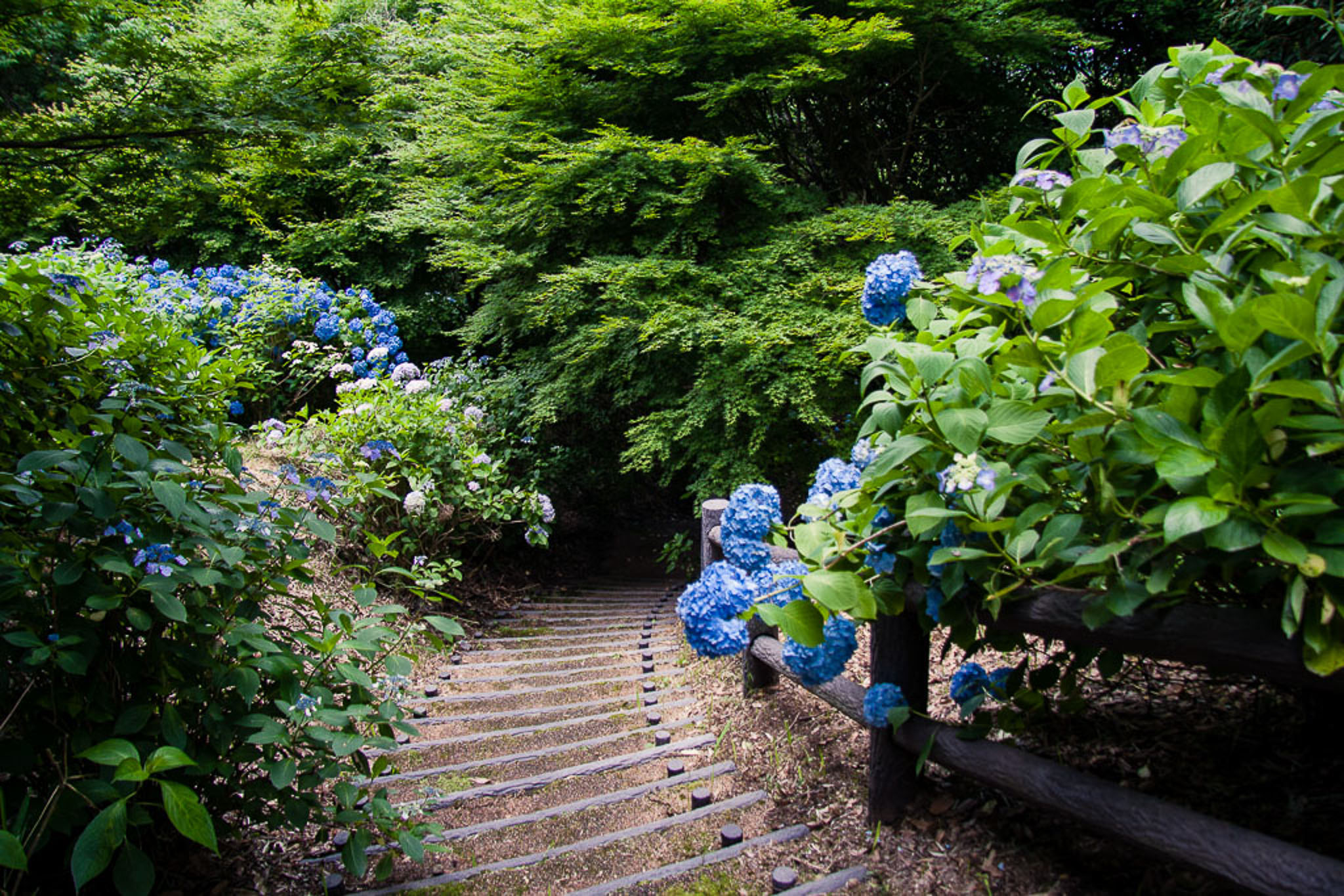 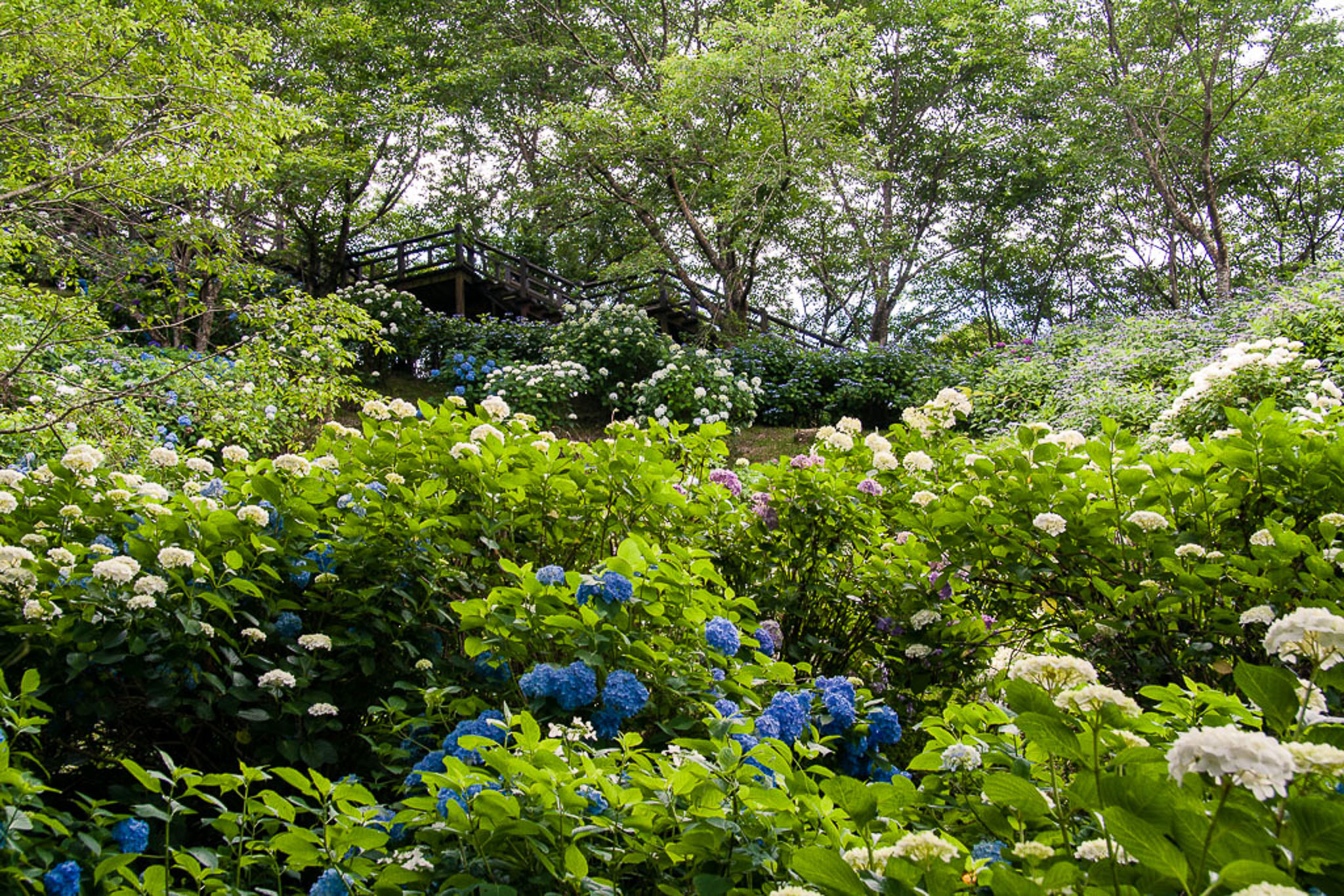 Ajisai [紫陽花], as the plant is known here, is celebrated all over the country for brightening up the gloomier days of tsuyu. There are special shrines, festivals and parks dedicated to its viewing, and many people travel great distances to get a look. Luckily, we don’t have to go far to seem them here in Kyushu; my tiny town is full of hydrangea and there is a park in Miyakonojo with over 28,000 individual plants. 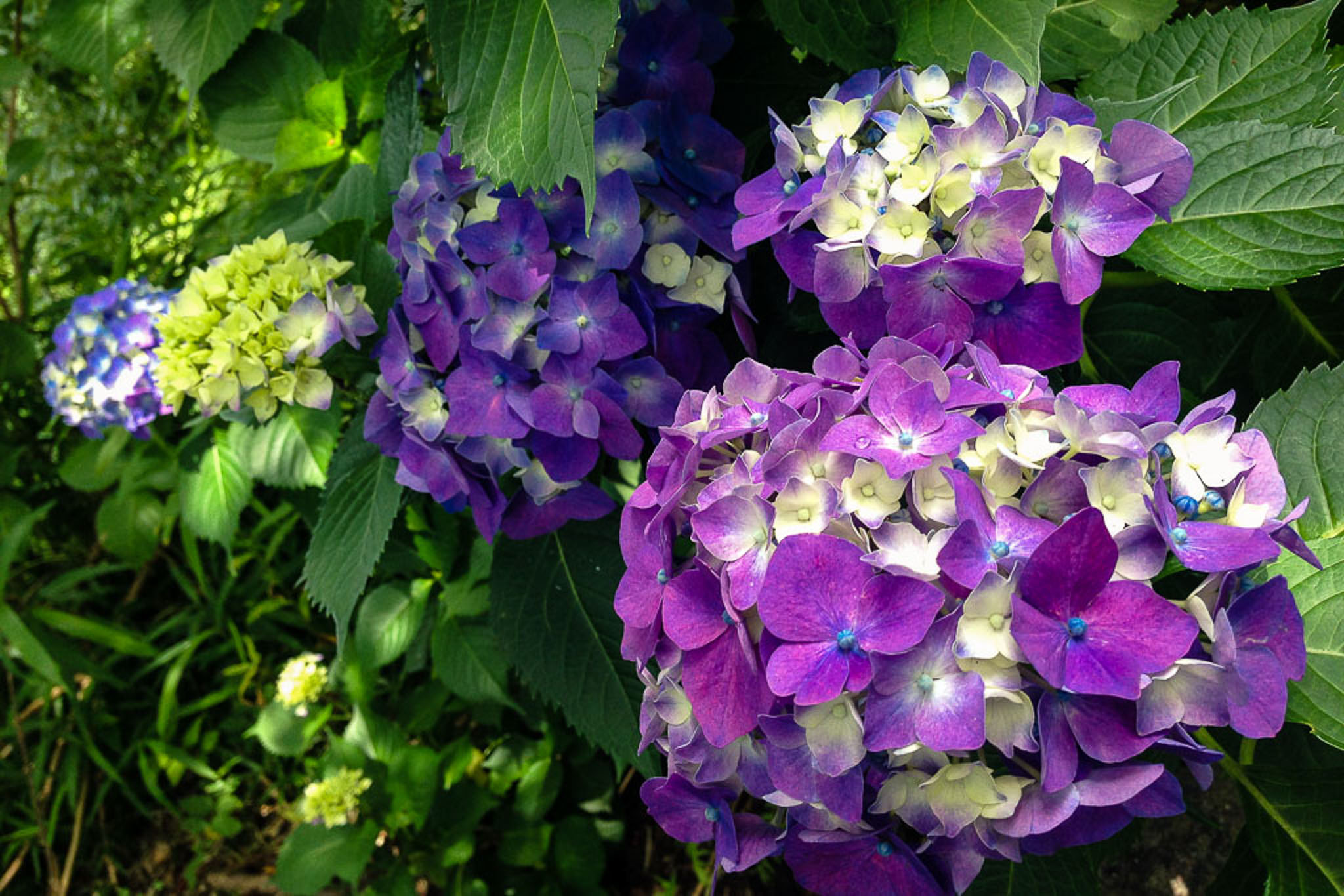 At Yamanokuchiajisai, visitors can enjoy 21 different types of ajisai weaving through a path that wraps around a hillside and leads to an observatory with views of the surrounding countryside and Kirishima mountains. Mark and I took a drive down there on on of the rare sunny days in June and the flowers certainly did not disappoint. 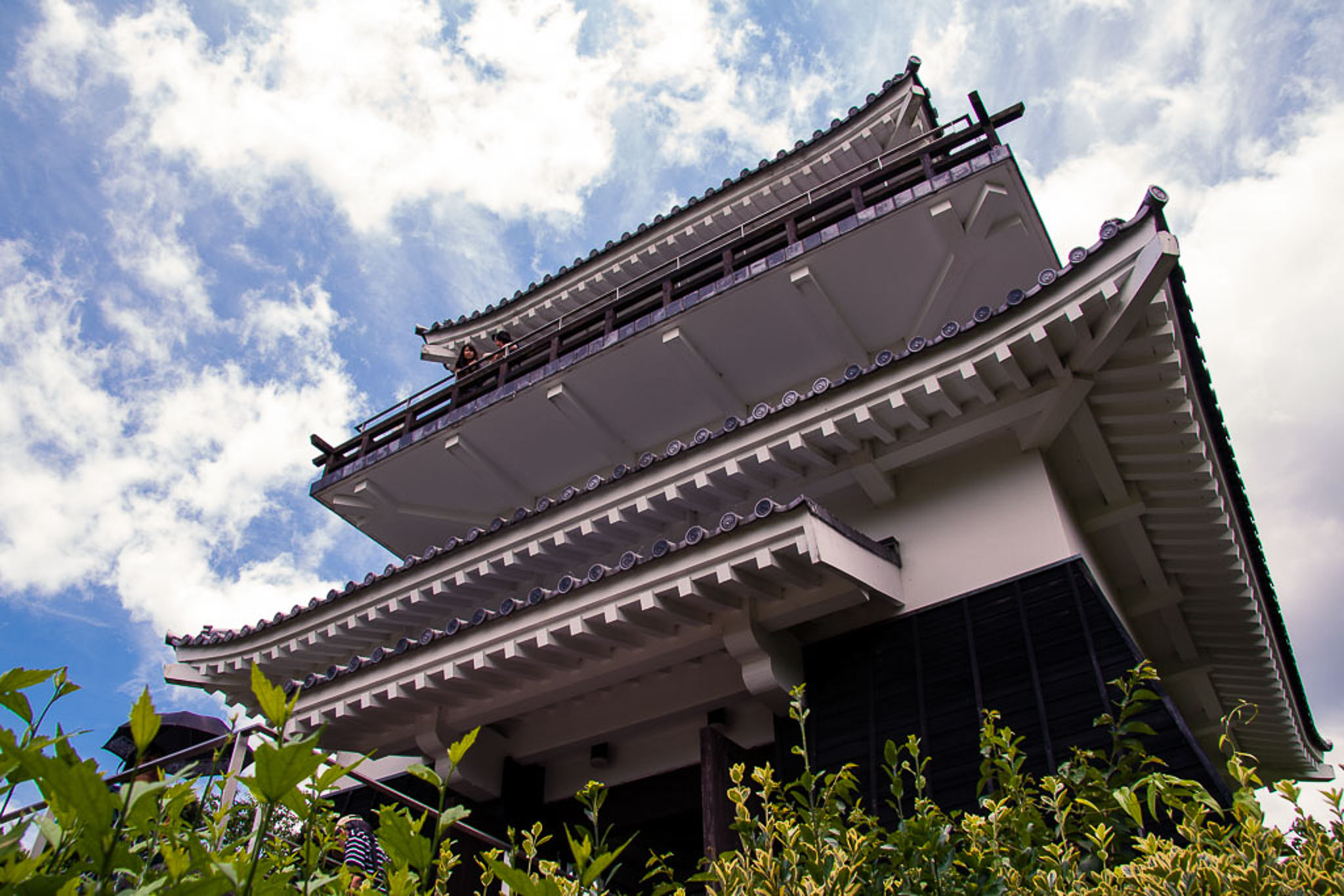 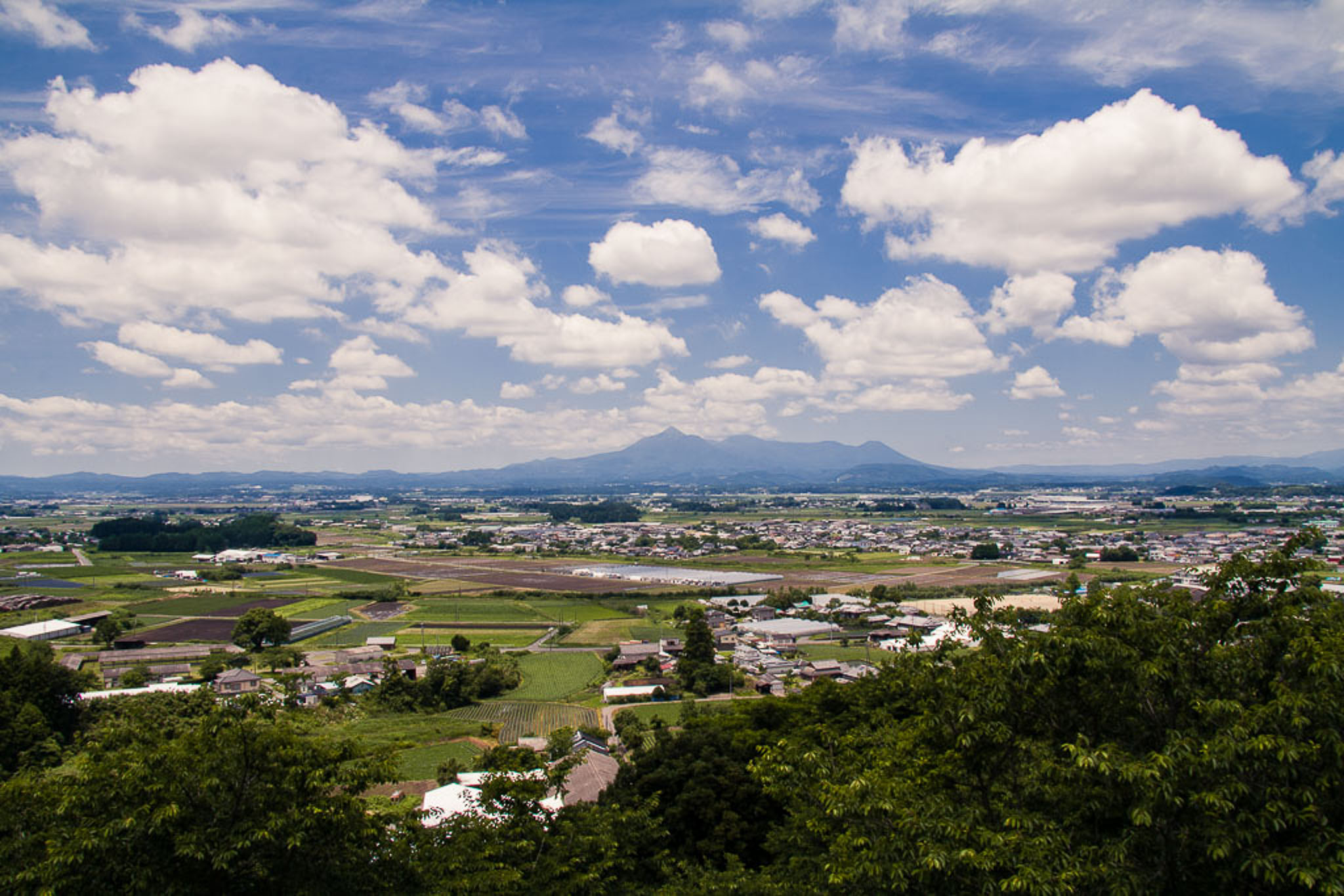 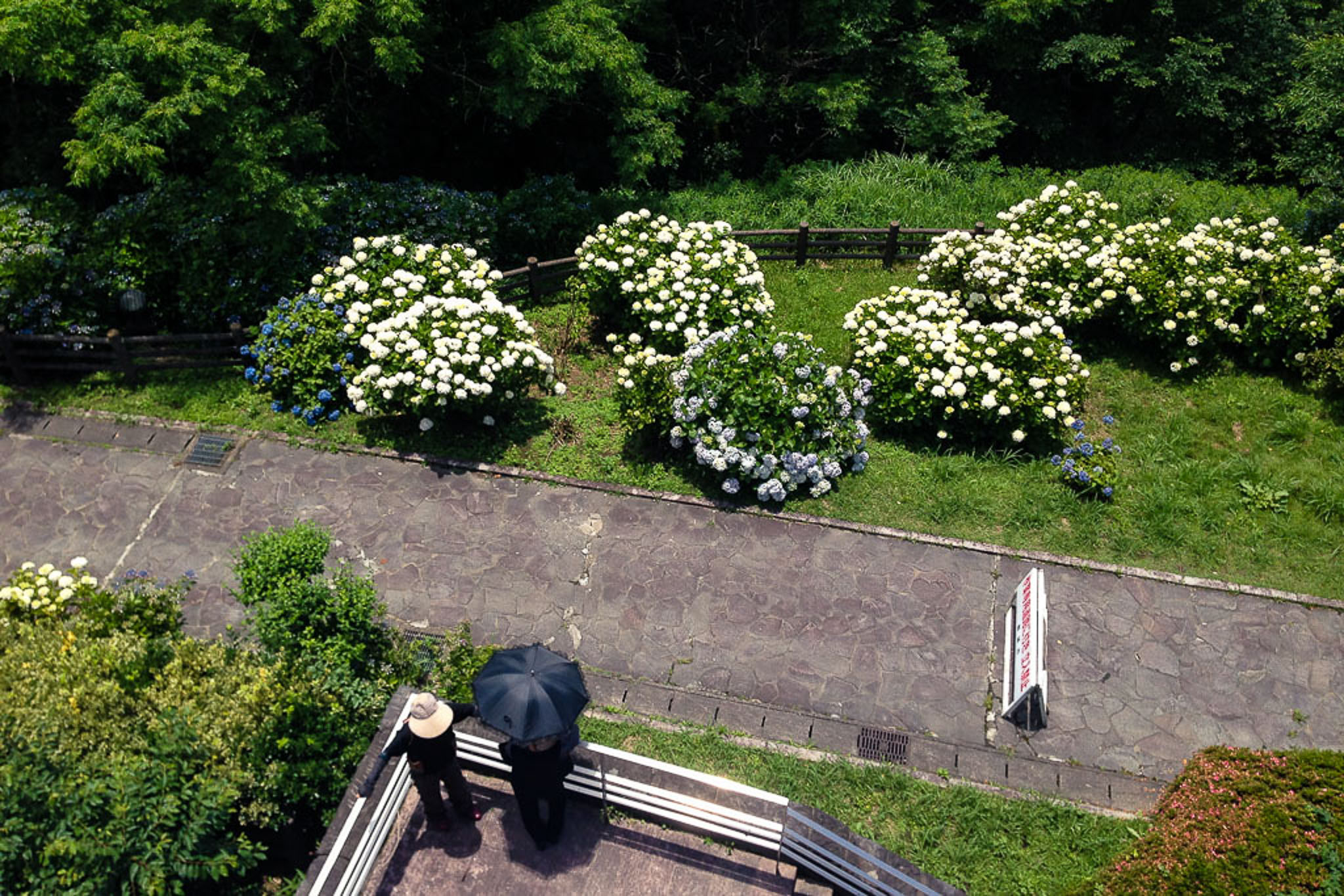 Ajisai wasn’t always popular in Japan, though. The plant appears in literature, specifically the Man’yoshu, as far back as the Nara period, but under samurai rule, it was considered a symbol of moral infidelity.

Unlike other plants, ajisai changes colour as it adjusts to new environments. Alkaline-rich soil causes blue petals, and if the acidity increases, these will change to pink. The hydrangea indigenous to Japan begins its bloom in a blue-green colour, which changed to white and then to its final colour. This earned the plant another nickname: nanhange [七変化], which means ‘seven transformations’. 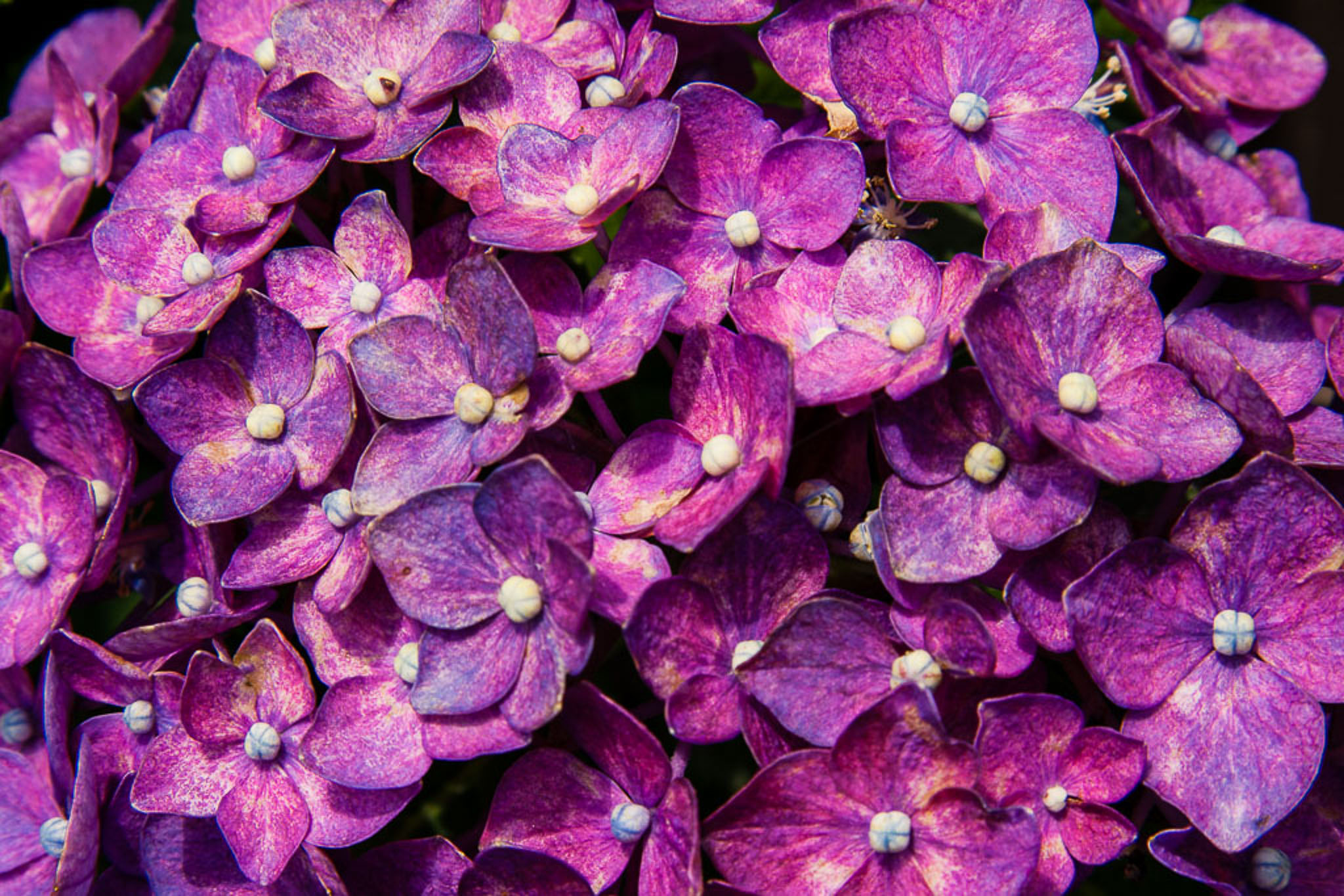 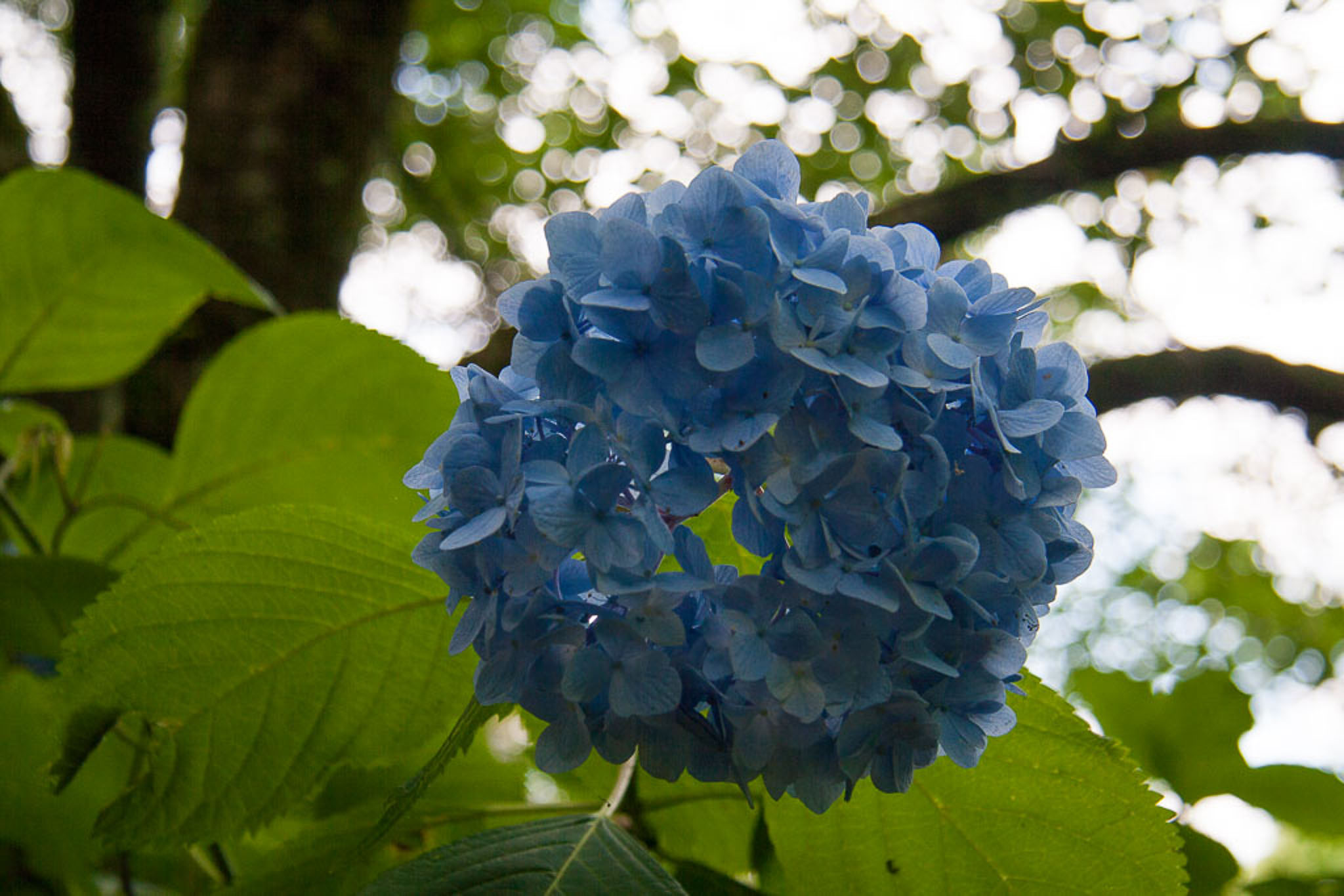 The samurai were trained to be loyal to the Shogun and associated the changeability of ajisai with betrayal. This symbolism further developed in  Japanese art and poetry, coming to represent fickleness and a changing heart.

In the Edo period, the popularity of ajisai was revived and planted in the gardens of temples that use hydrangea tea [甘茶] to celebrate the birthday of Buddha on April 8th. The sweet tea is used in ceremonies as it is said that sweet rain fell on the day of his birth. 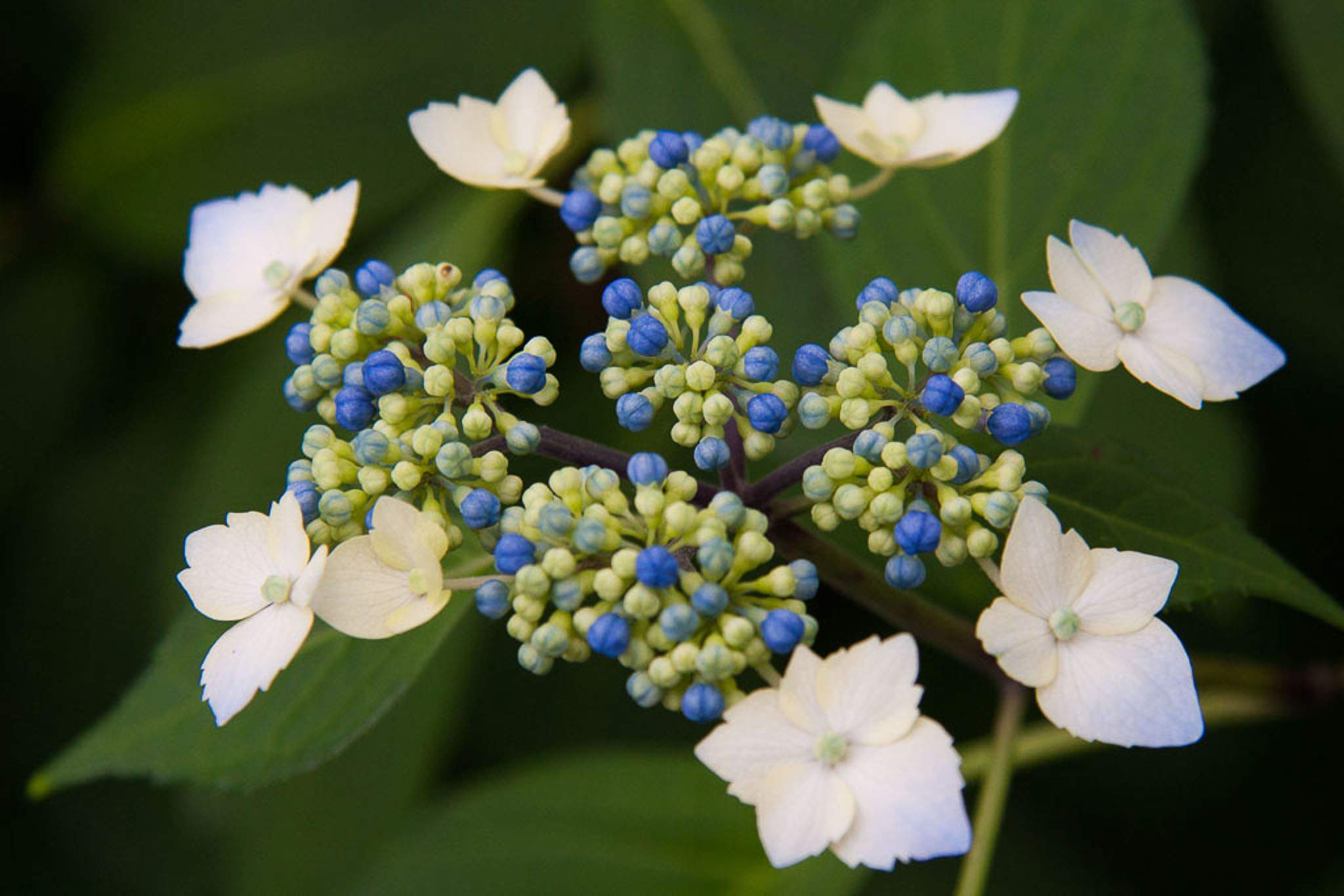 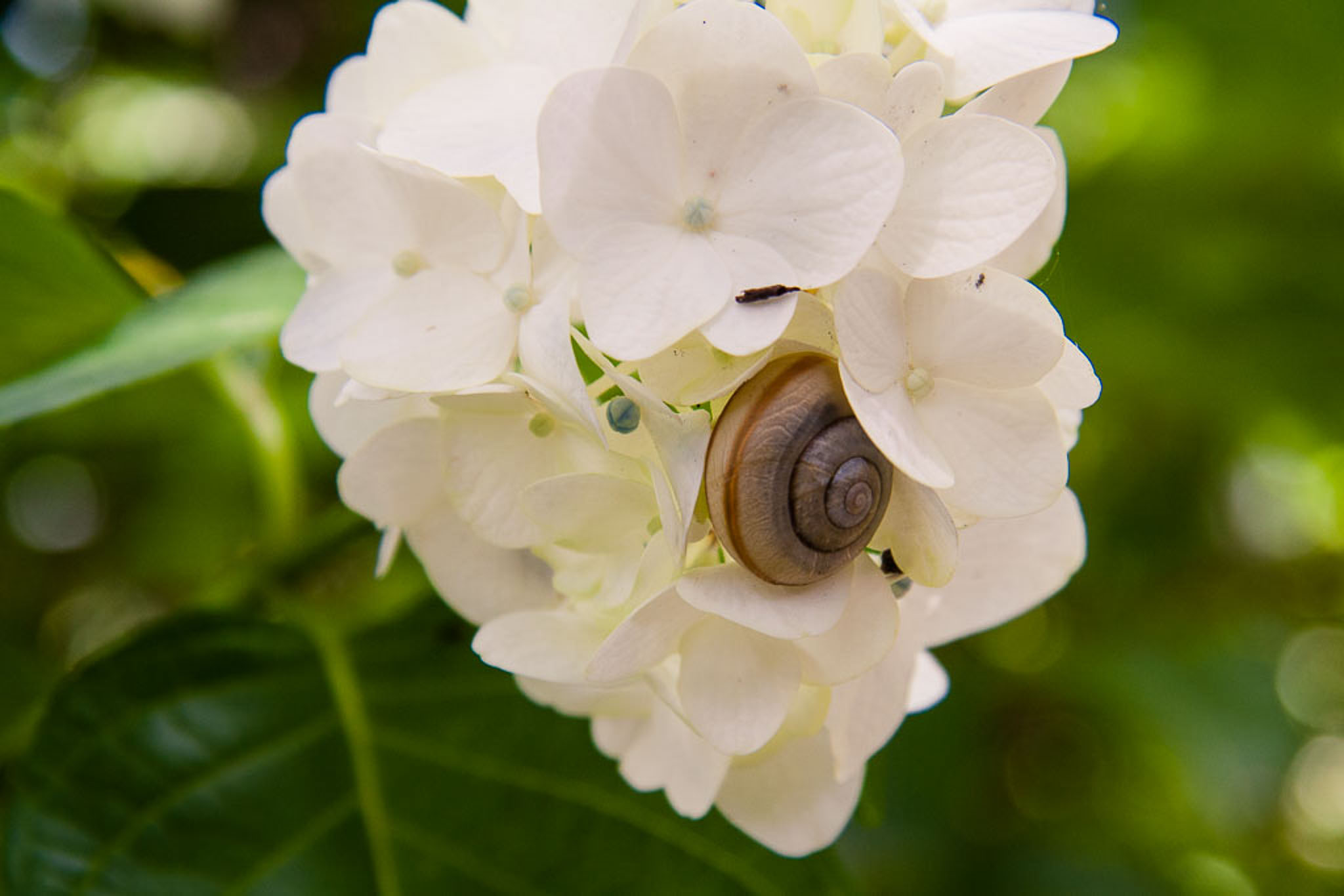 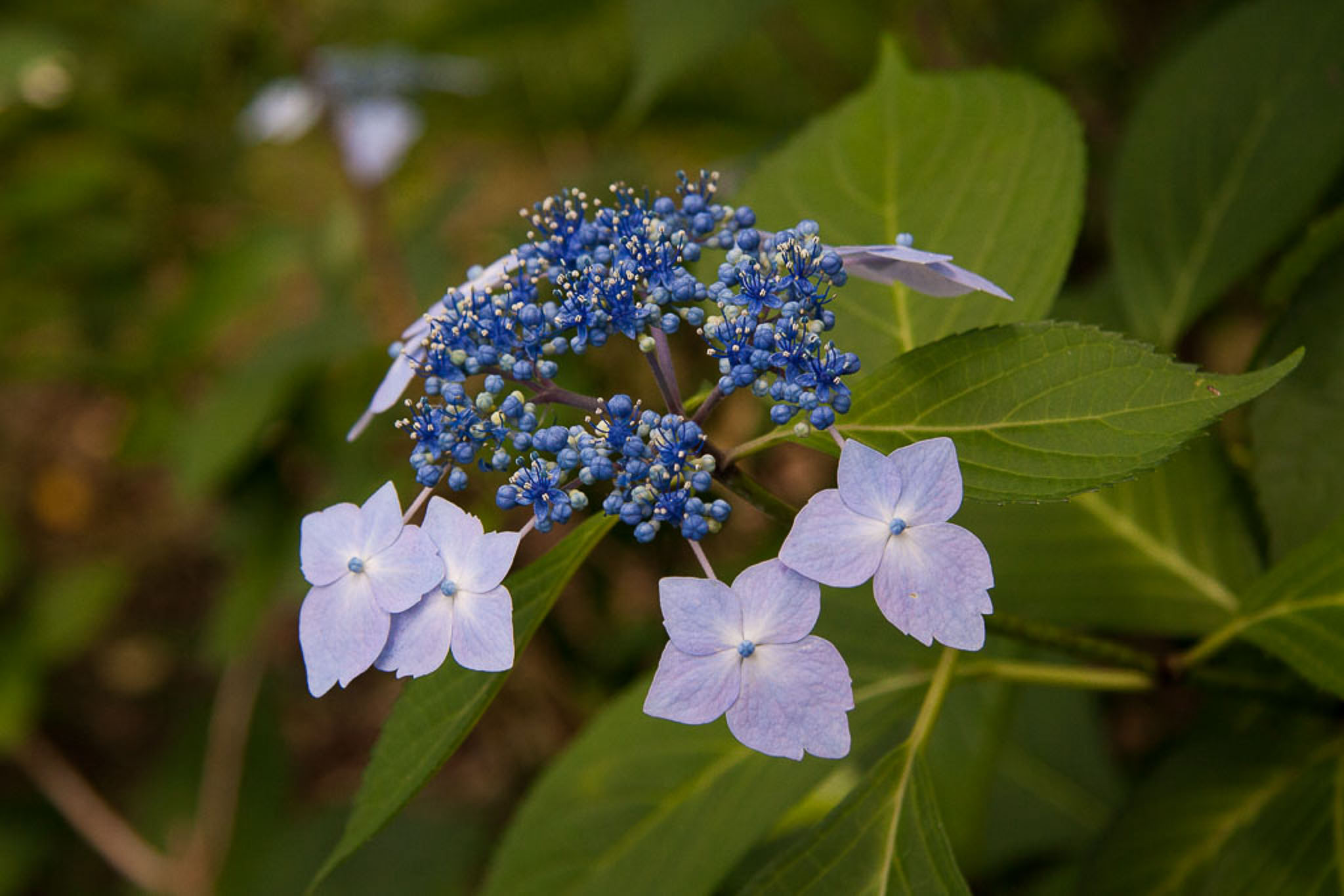 Today, the mark of disloyalty is a distant memory, with ajisai now considered one of the most popular plants in Japan and the quintessential flower of the tsuyu season. 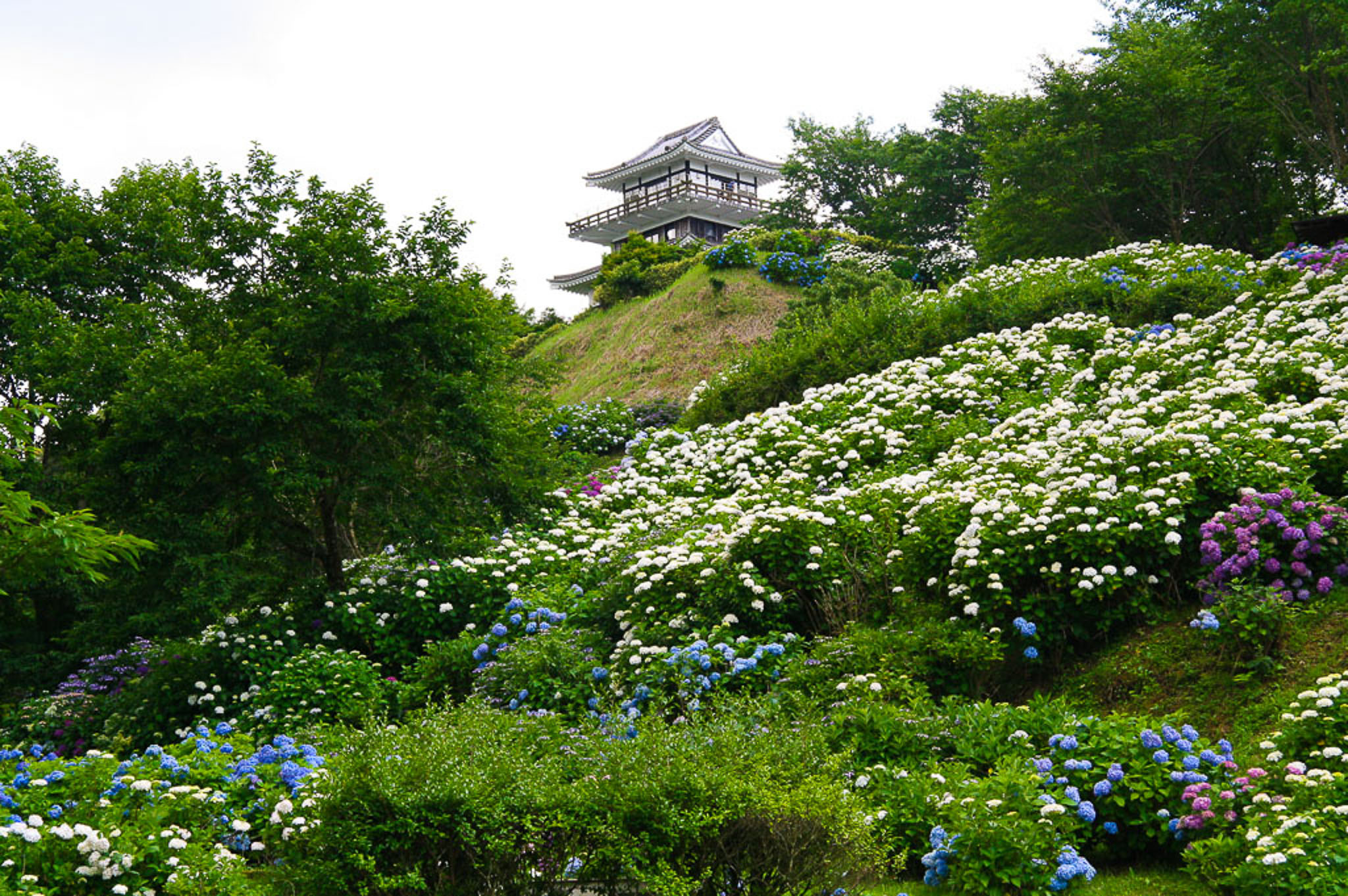