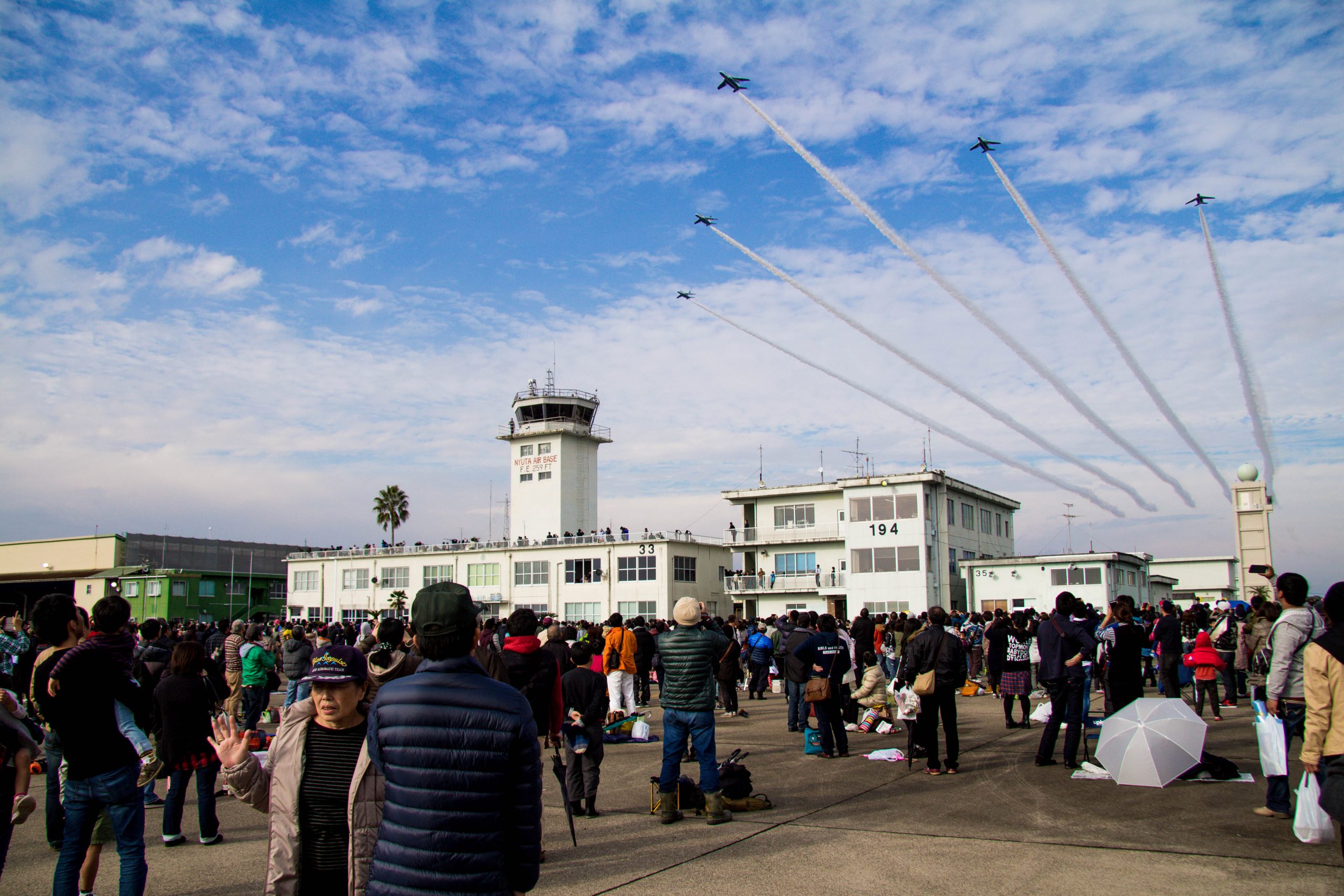 Last Saturday, generals at the Nyutabaru Air Base in Shintomi Town, Miyazaki, constructed and hung a giant teru teru bozu doll from the awning of the Fifth Air Wing offices. Traditionally believed to bring good weather, it was hoped the doll would eliminate the rain forecast for the following day, when the base would hold its annual air show.

The Nyutabaru Air Festival is the biggest of its kind in western Japan. Every December up to 100,000 aviation enthusiasts and photographers from all over the country descend on the aerodrome, just a 40 minute drive from Miyazaki City.

Visitors can explore the base, see various airplanes and equipment from the Japanese military on display, and grab a bite to eat from one of many food stalls, or shop for souvenirs at pop-up stalls selling caps, t-shirts, bags, posters and DVDs of Japanese aircraft. But the festival’s biggest attraction is an hour-long display by the Japan Air Self Defense Force’s (JASDF) aerobatic demonstration team, Blue Impulse. 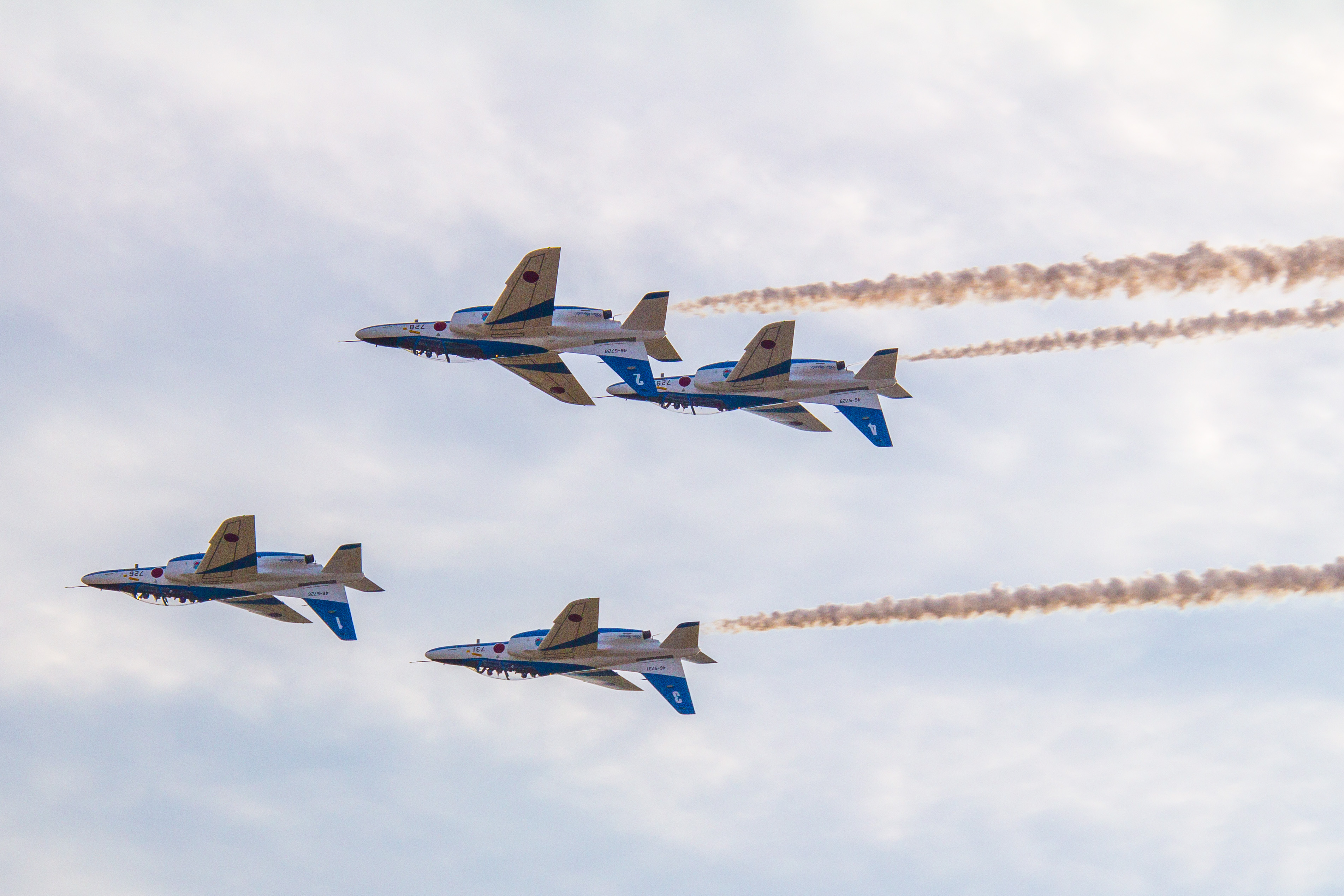 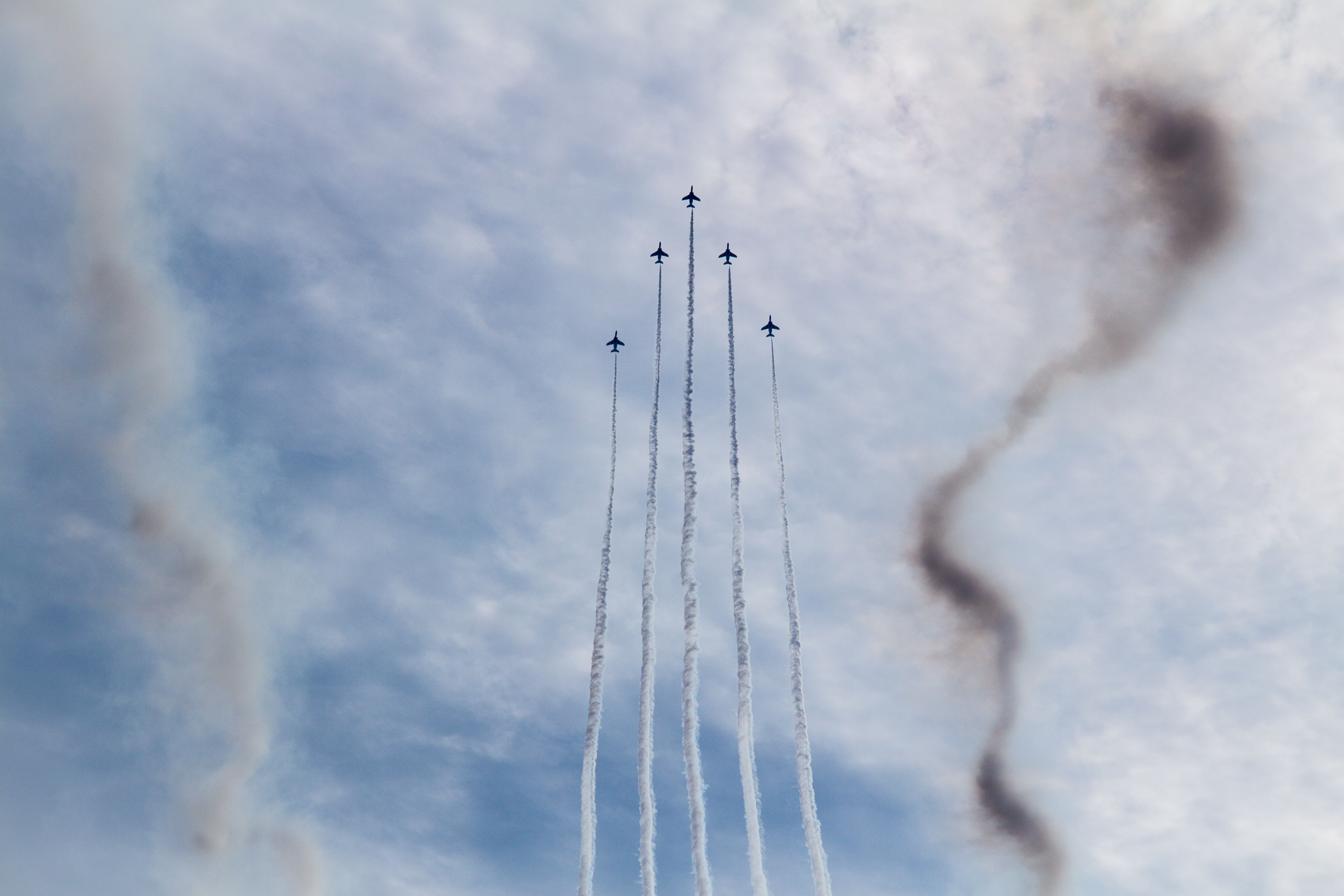 Officially known as “the 11th squadron”, Blue Impulse was founded in 1960 and belongs to the 4th Air Wing on Matsushima Air Base in Miyagi Prefecture. The team specializes in publicizing the JASDF through exhibition flights at major air shows and events throughout Japan, such as the opening ceremonies of the 18th Winter Olympics in Nagano and the 2012 FIFA World Cup.

Blue Impulse also toured the USA for the first time in 1997, performing at Nellis Air Force Base in Nevada as part of official celebrations for the 50th anniversary of the U.S. Air Force. 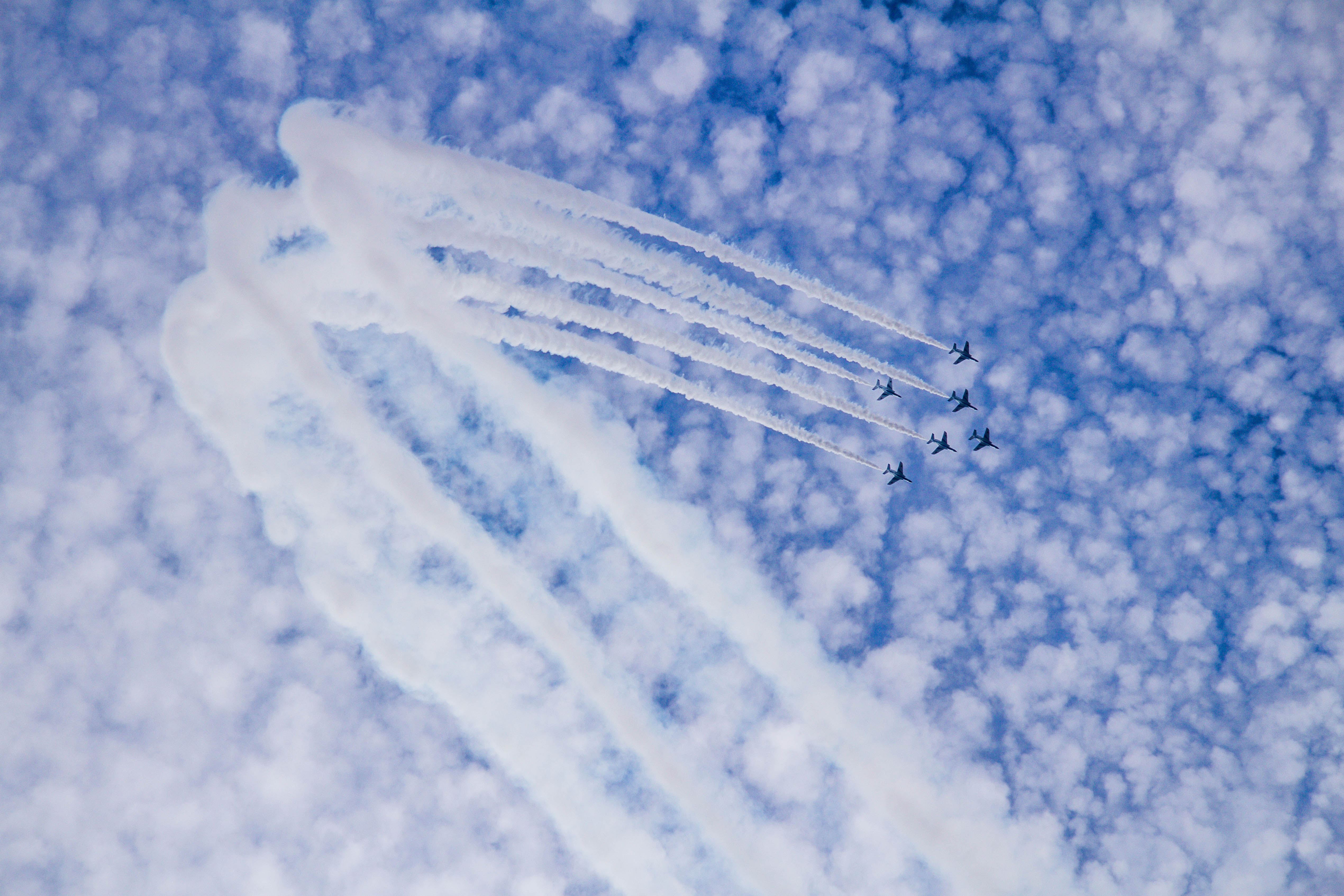 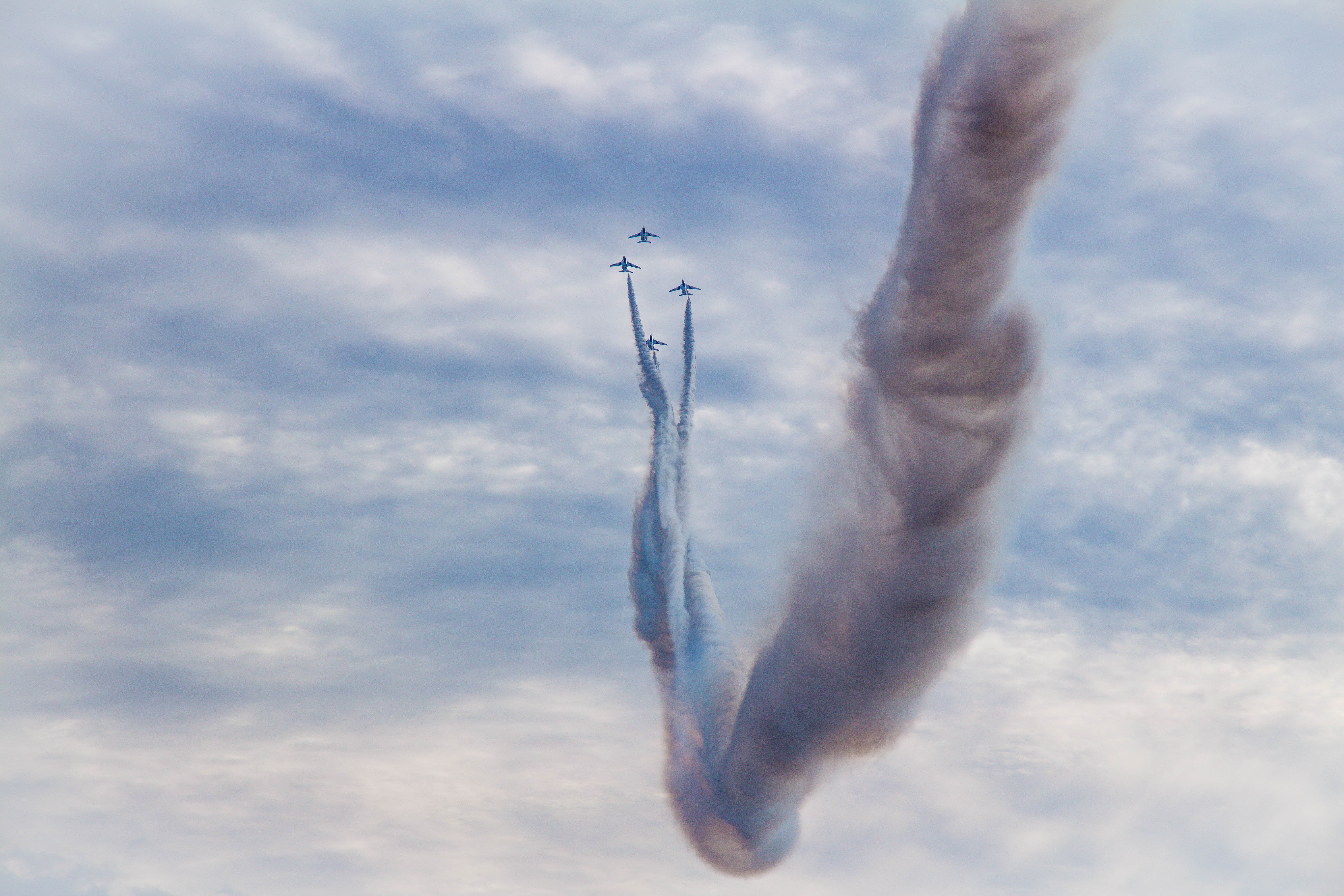 When I awoke to the familiar sound of a plane flying overhead that Sunday – Nyutabaru is just a 15 minute drive from my apartment – I saw rain and overcast through the crack of my curtains. Urgh, not again! Last year, it rained solidly for the whole festival day.

It wasn’t the first time Blue Impulse  experienced bad luck in Miyazaki; in 1982, a T-2 failed to pull up in time during a downward bomb-burst maneuver and crashed into a building in Takaoka, killing the pilot and injuring 13 people on the ground. Twenty-eight houses and about 290 cars were also damaged. 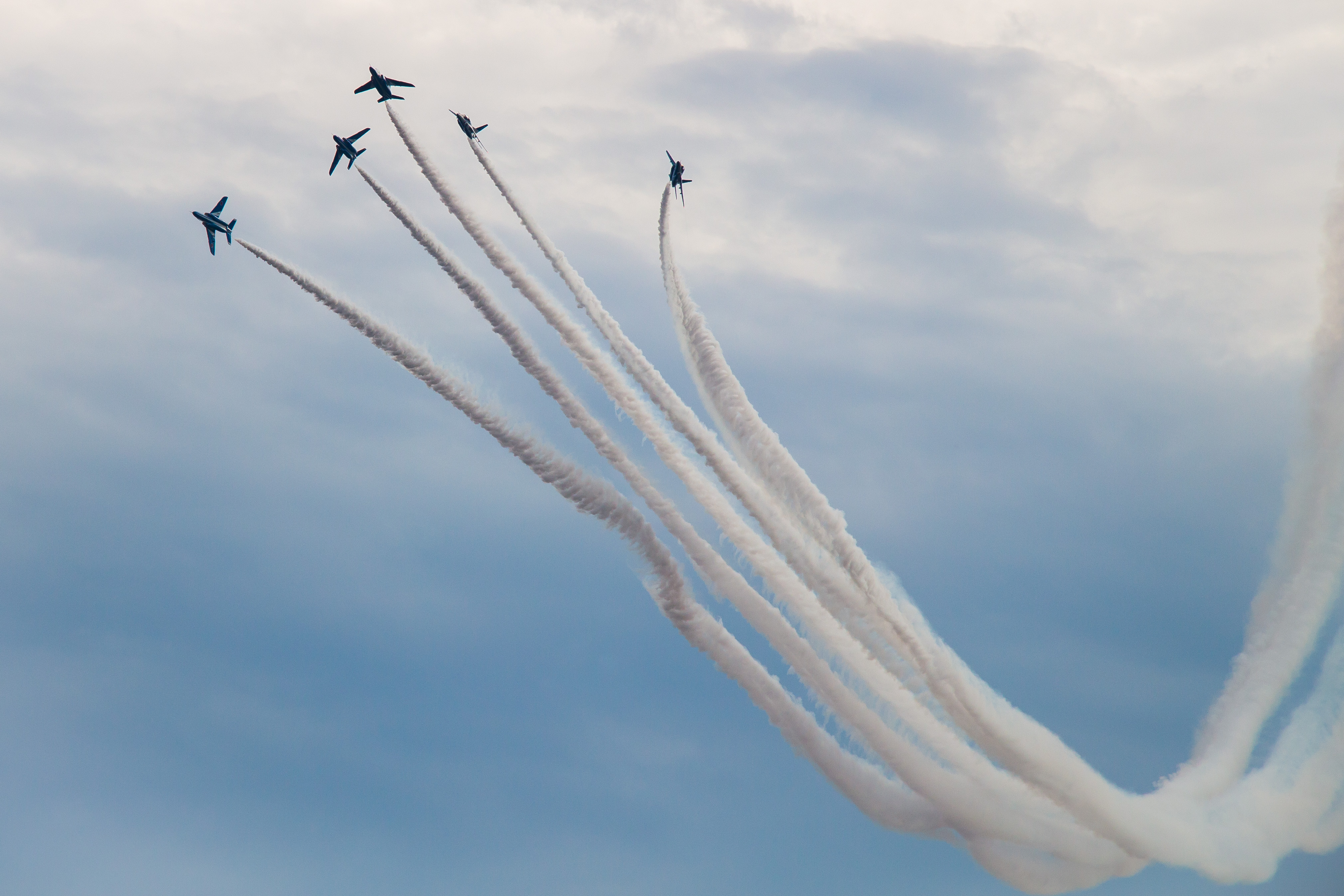 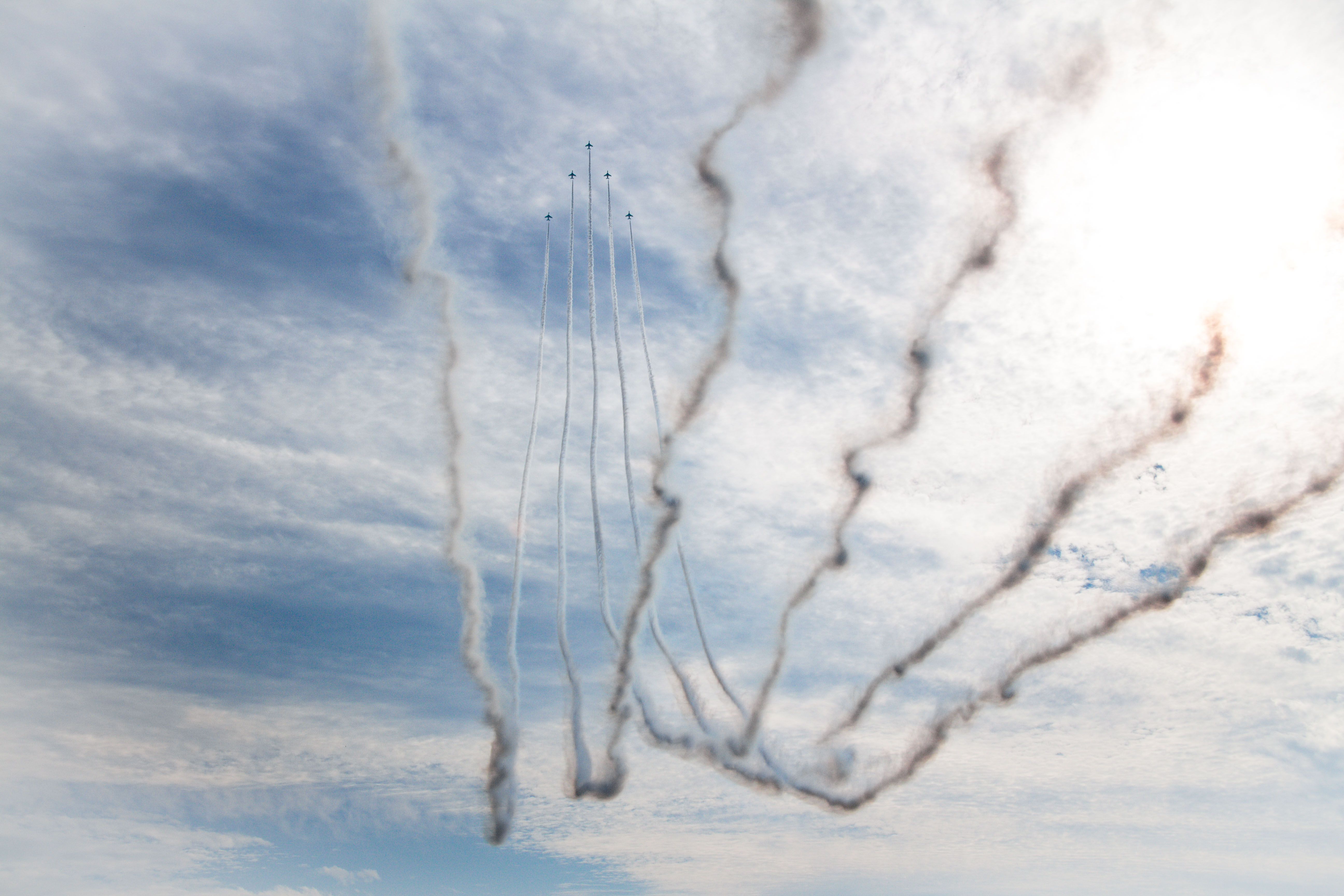 But in the 56 years since its inception Blue Impulse has only experienced 3 other fatal crashes, a testament to the exceptional skill of its pilots.

By the time Austin and I arrived for their show at this year’s festival, the skies had begun to clear up. Right on schedule, the blue and white planes took off one by one only to meet a few seconds later in the sky, delighting the audience, once again, with their jaw-dropping formations and stunts.

Somewhere on the base, someone was surely drawing eyes on the teru teru bozu and dousing it in sake – the traditional way to give thanks to the doll for granting the maker’s wish. 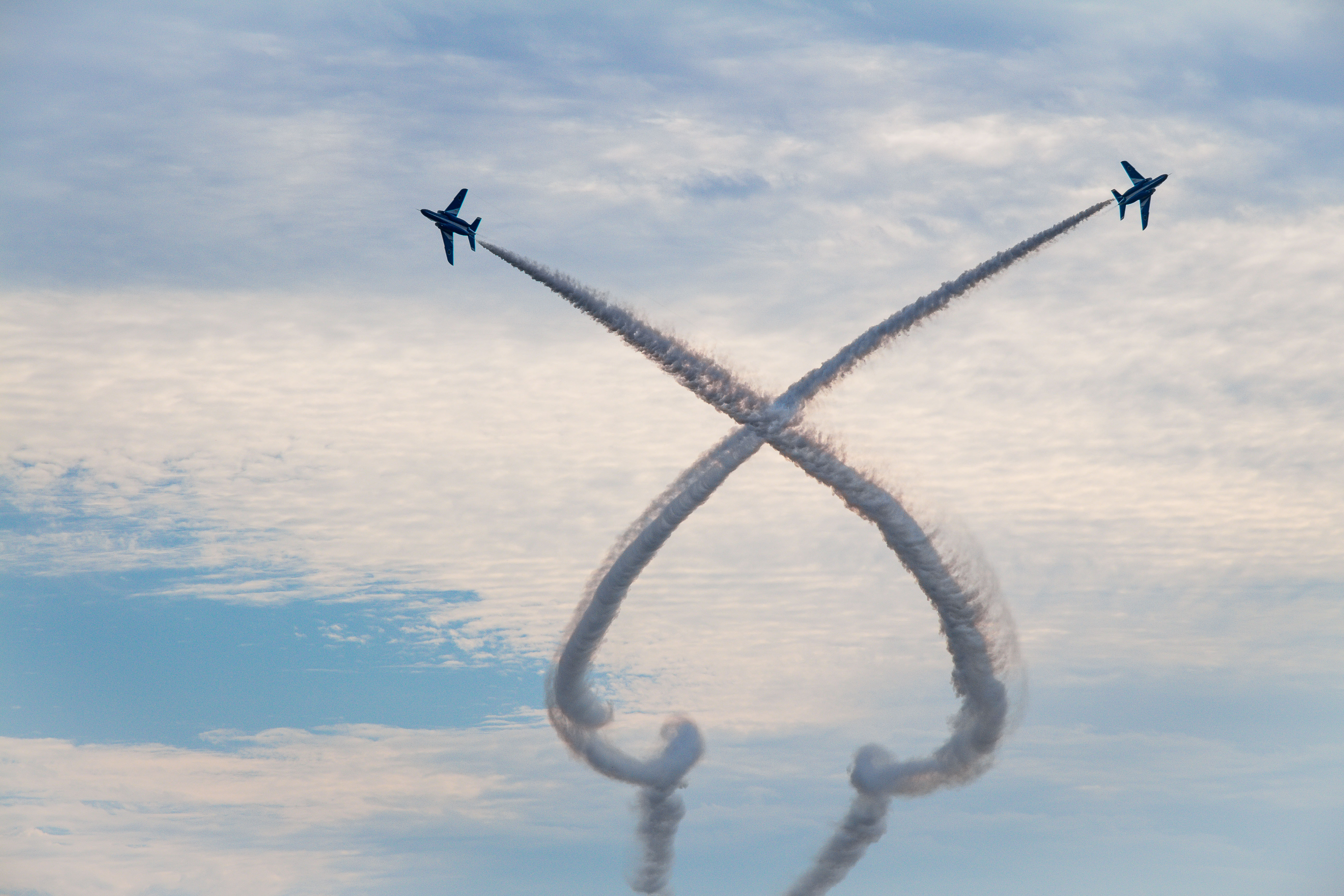 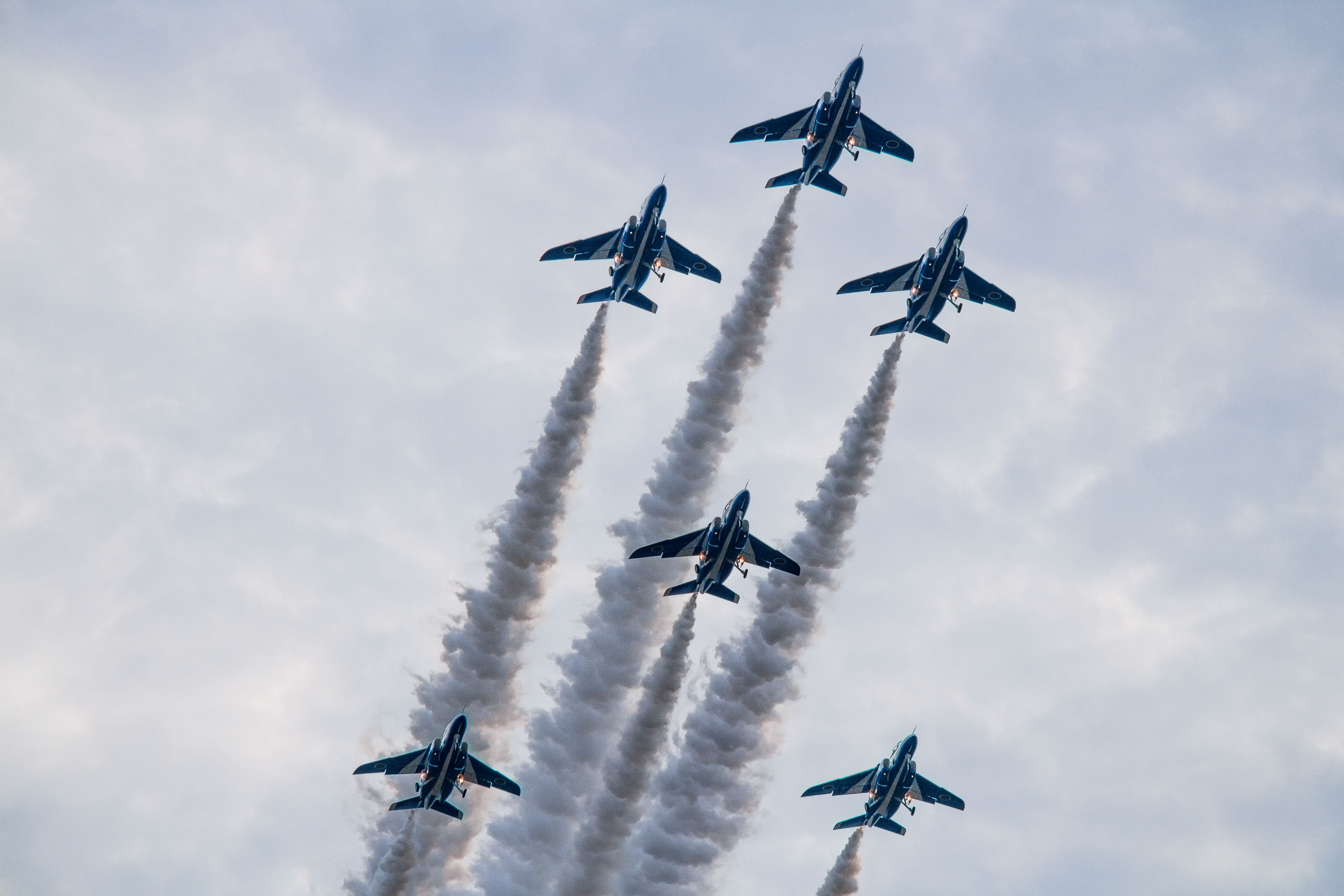