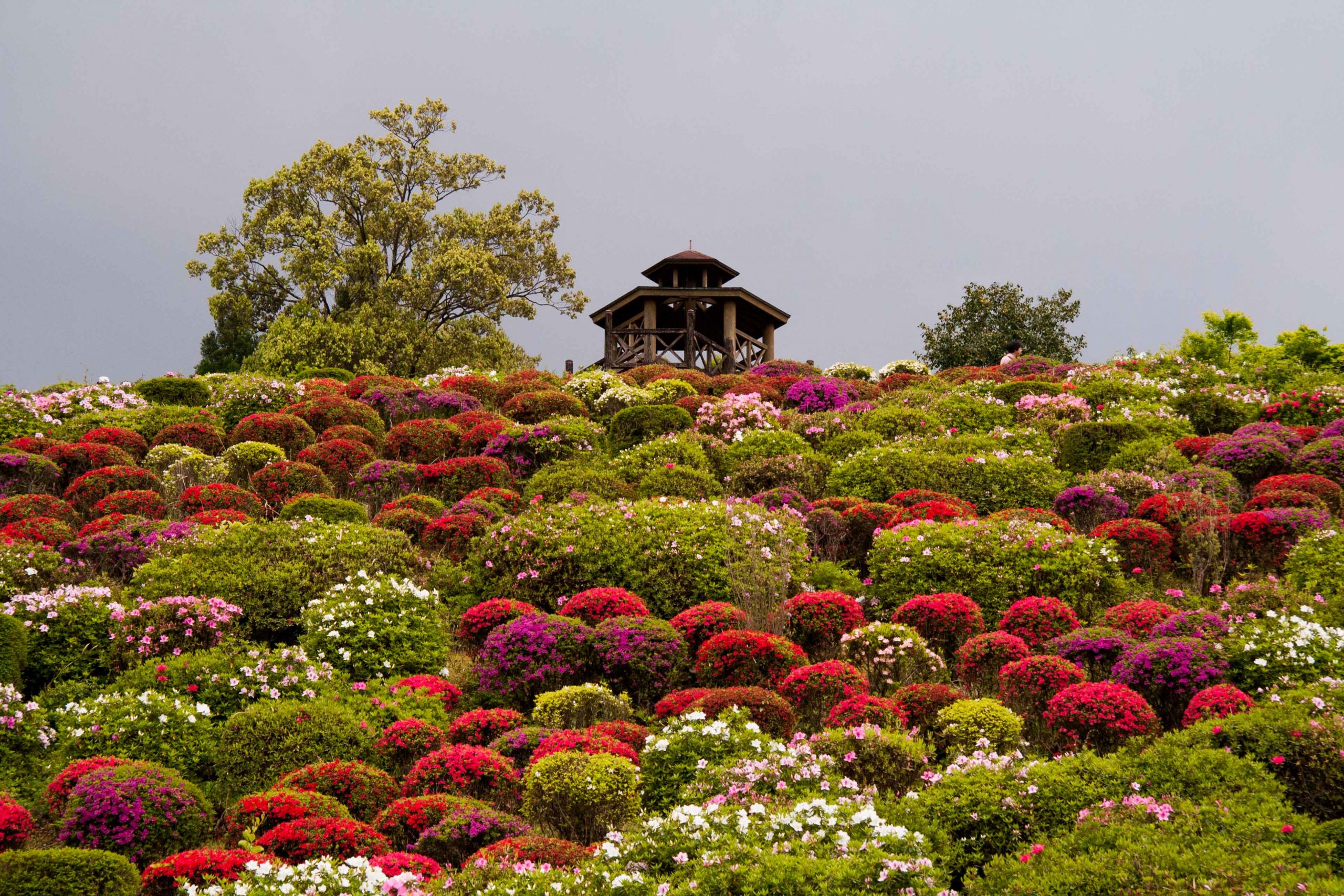 Miyazaki is definitely an underrated prefecture, and one of the more un-known, buried in the depths of Google’s search results, under all the pages dedicated to Hayao and his many castles. But the great thing about living in the middle of nowhere is that there are plenty of places hiding in the countryside, waiting to be discovered.

One such gem is Tōgō-chō [東郷町], a beautiful little mountain village 20 minutes outside of Hyuga city (although it merged with Hyuga in 2006). It is the birthplace and hometown of the famed poet, Wakayama Bokusui. 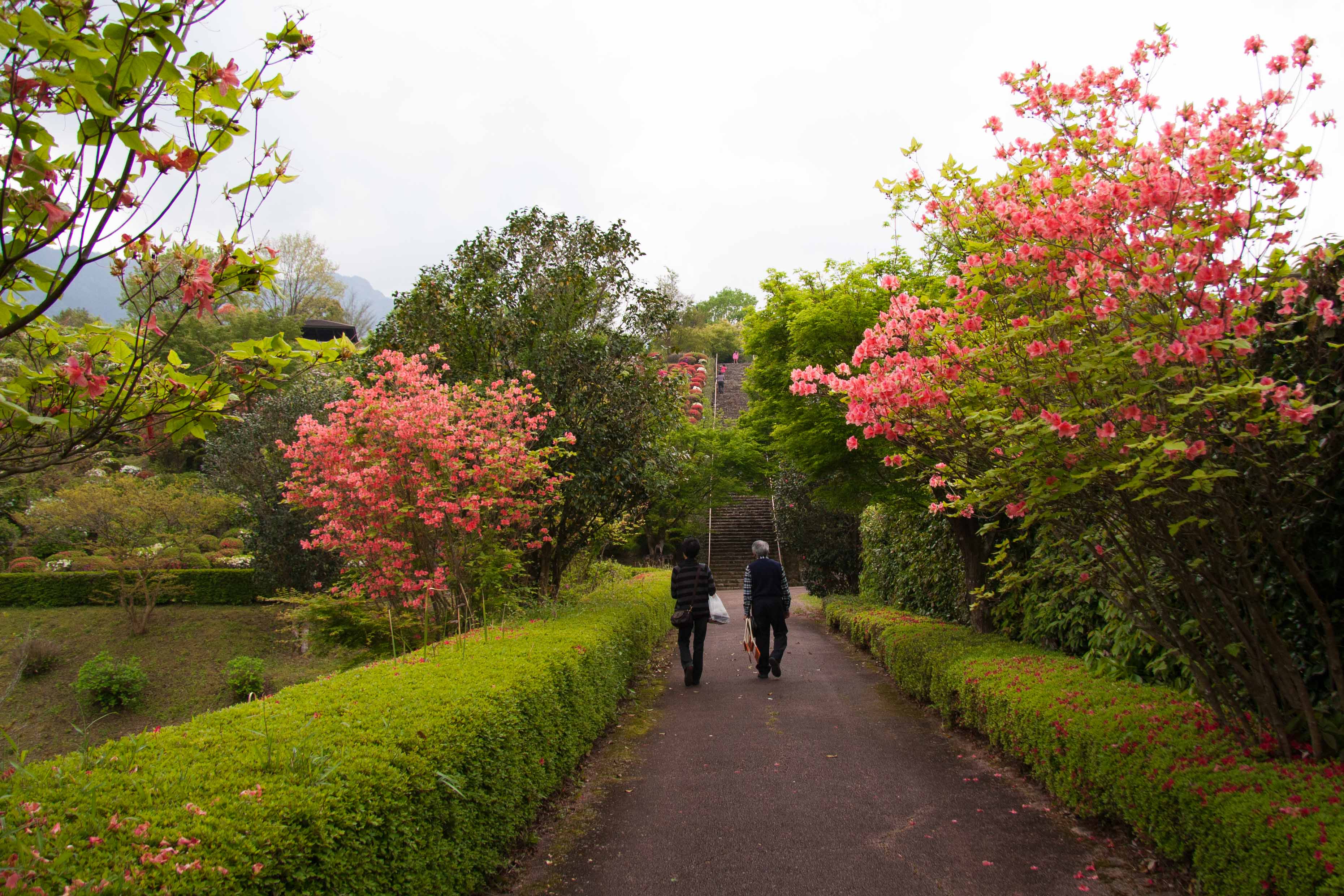 Active in the 1900s, Wakayama wrote tanka poems inspired by his extensive travels throughout Japan and Korea (then under Japanese control). His other great love was shochu, which was responsible for his early death in 1928.

The house where he grew up still remains today, in a park of his namesake, surrounded by bushes of tsutsuji (azaleas). When they start to bloom, the Bokusui Spring Festival is held. 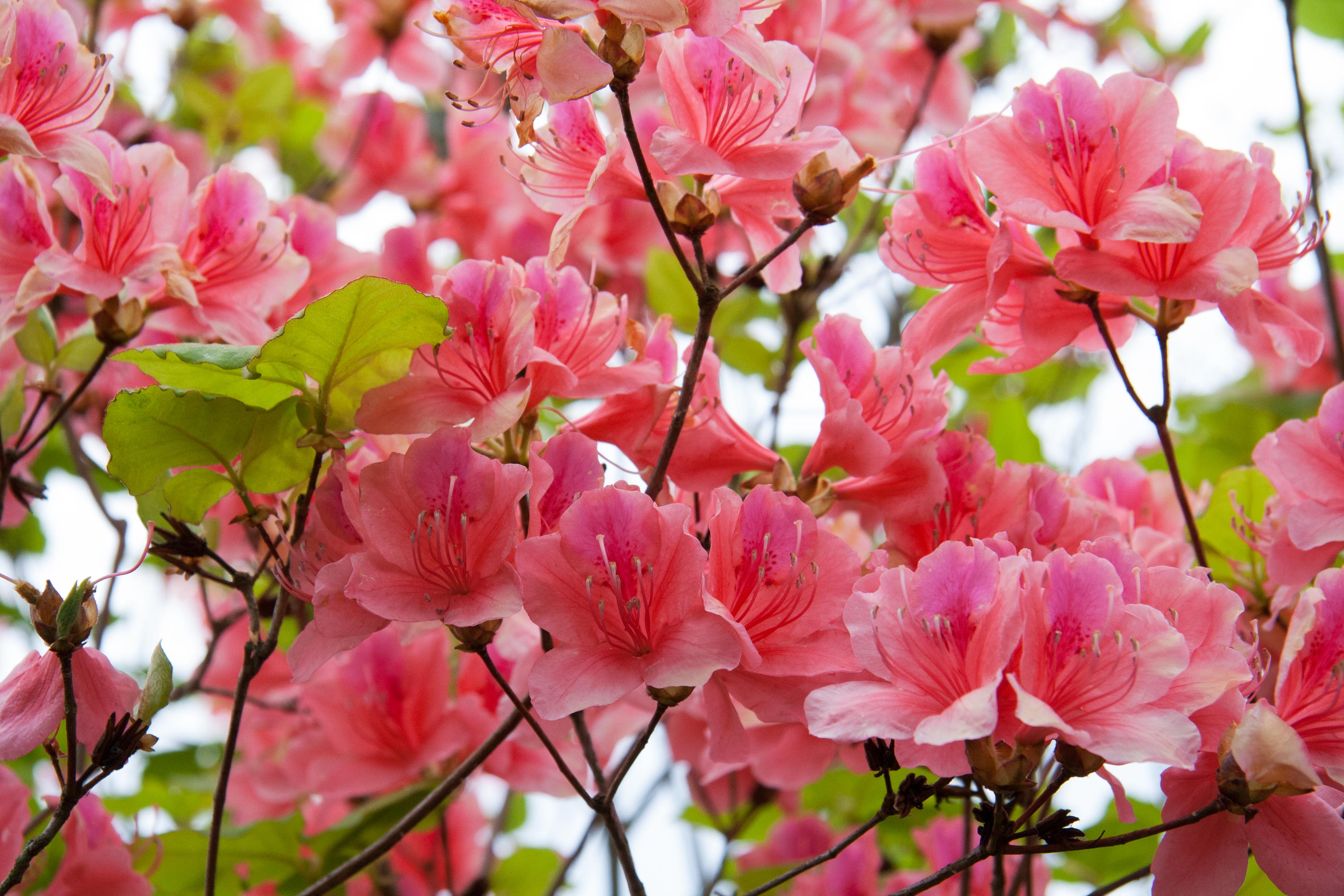 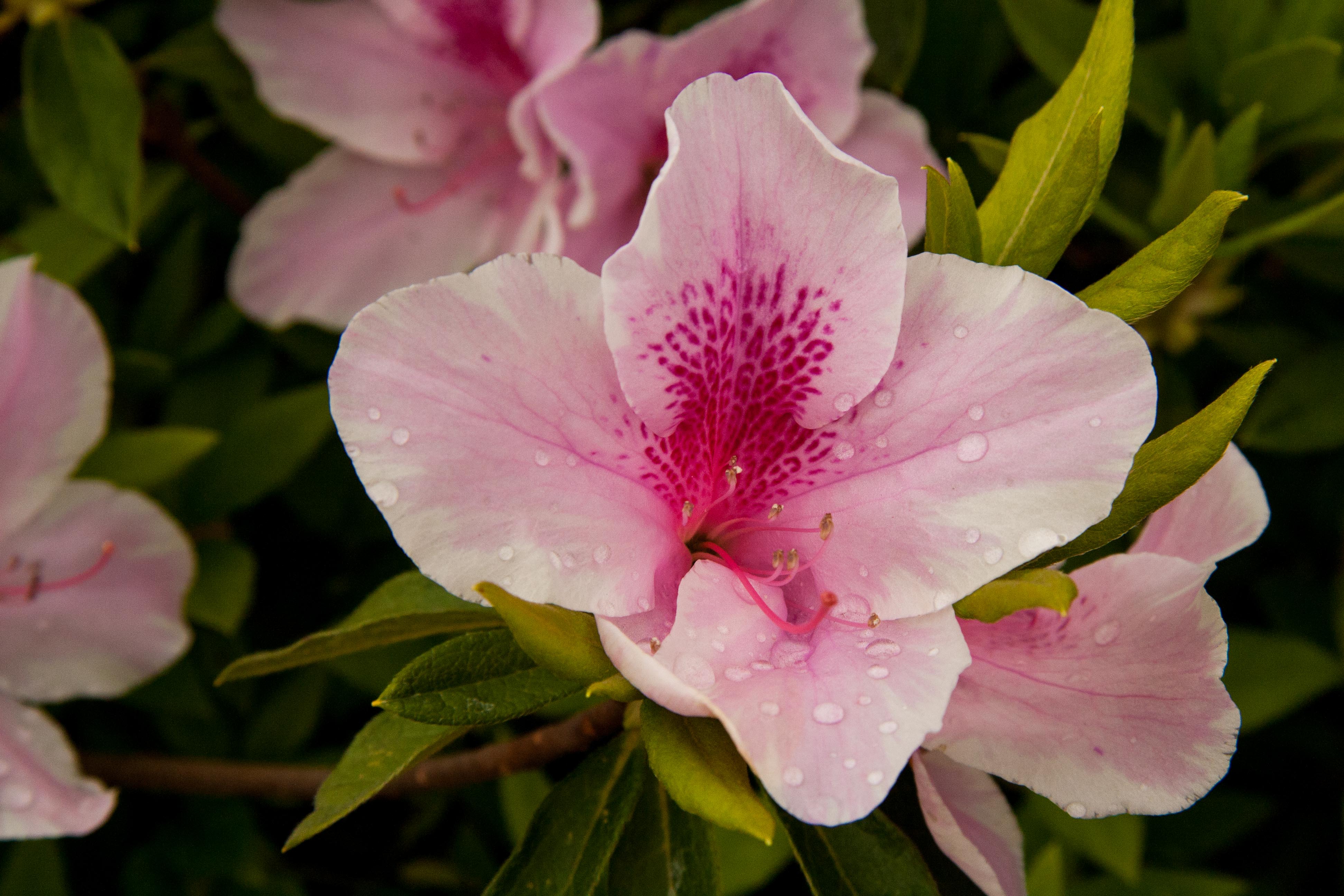 Mark was driving, and so I spent most of the trip ogling out the window. The rain has been a paintbrush, and right now everything is luminous green.

When we got to the park, we spent almost an hour exploring the hills of tsutsuji. It was overcast and threatening to rain, but the very many colours were glowing in the light. When we got to the top of the first hill, we found a playground and a parking lot. 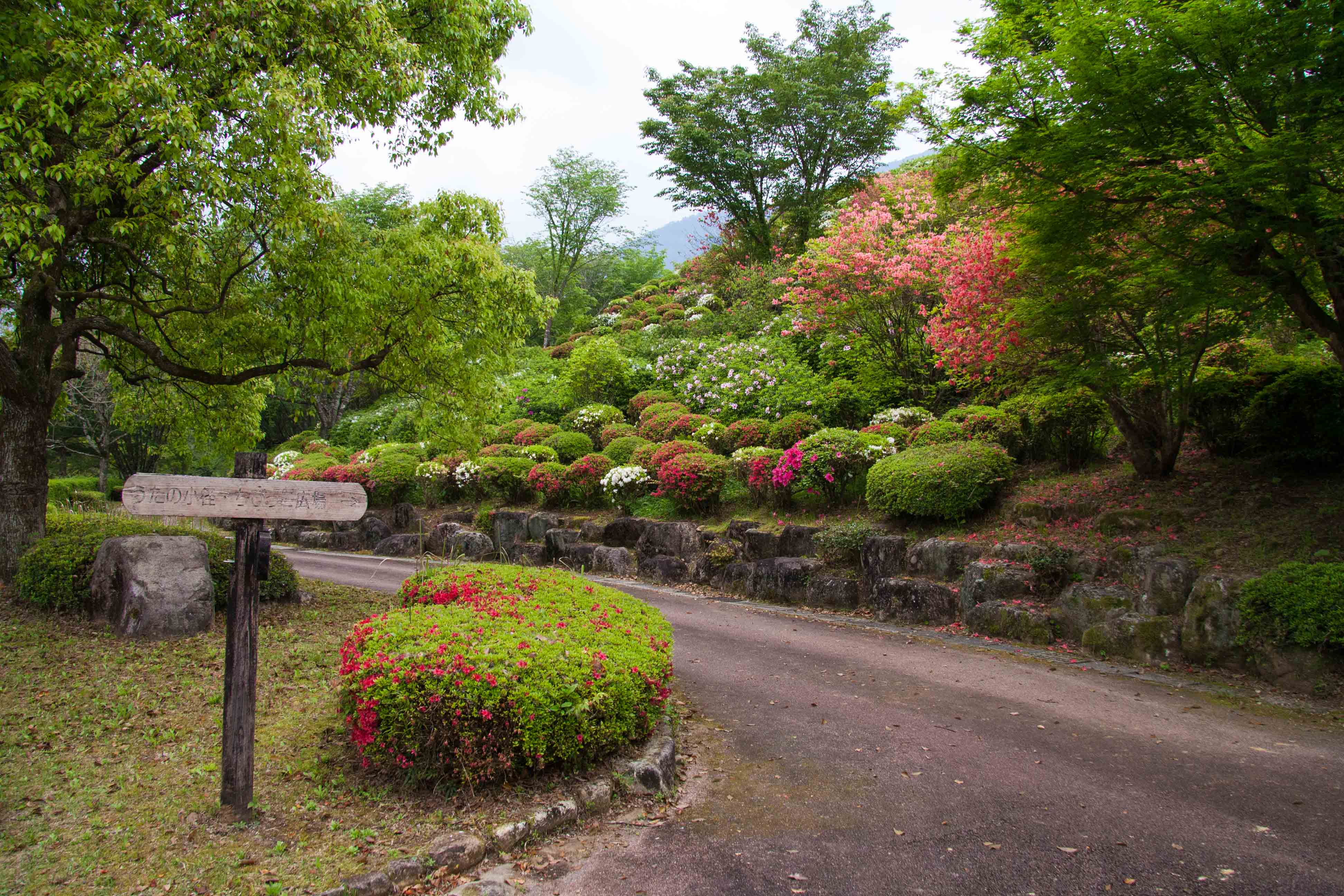 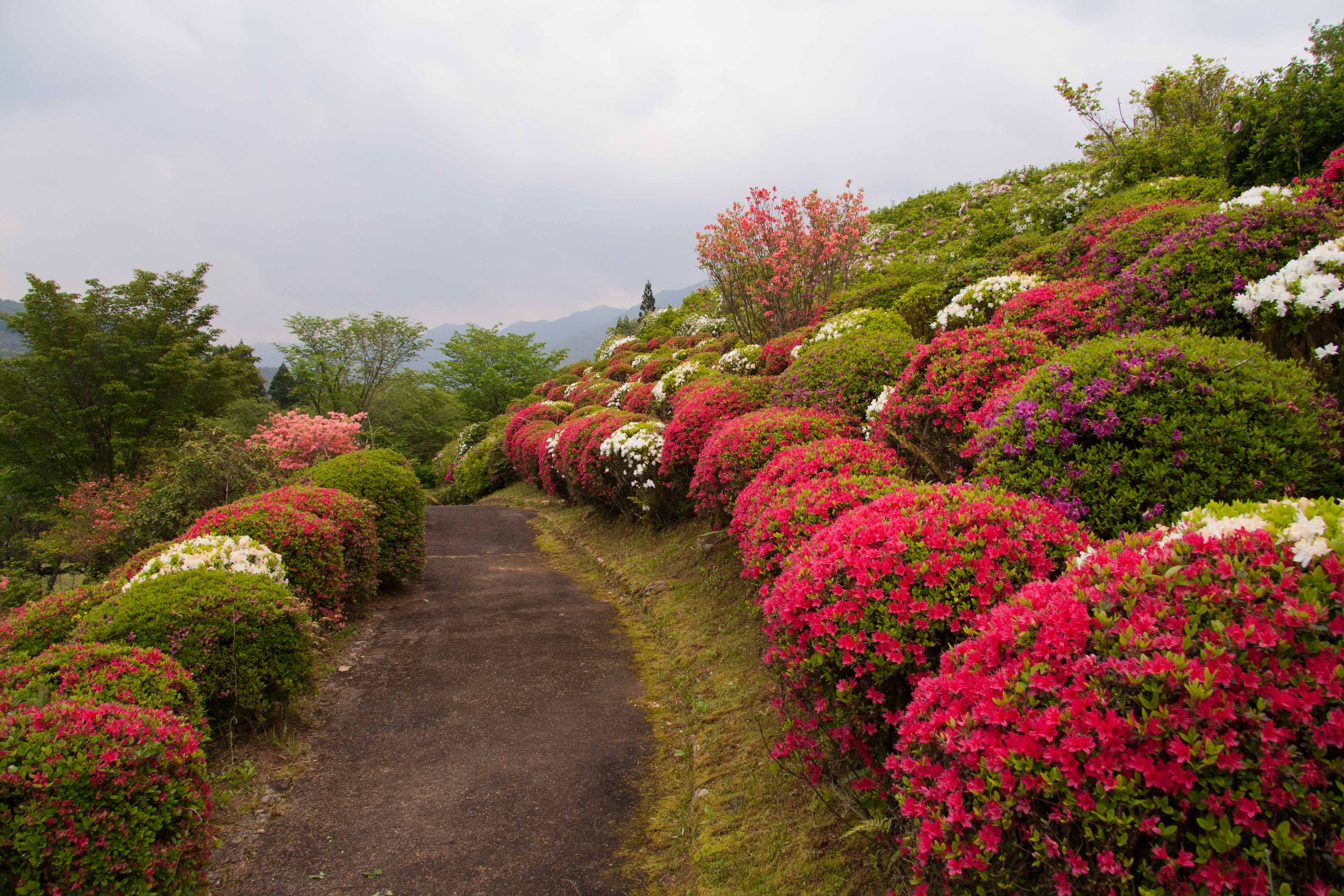 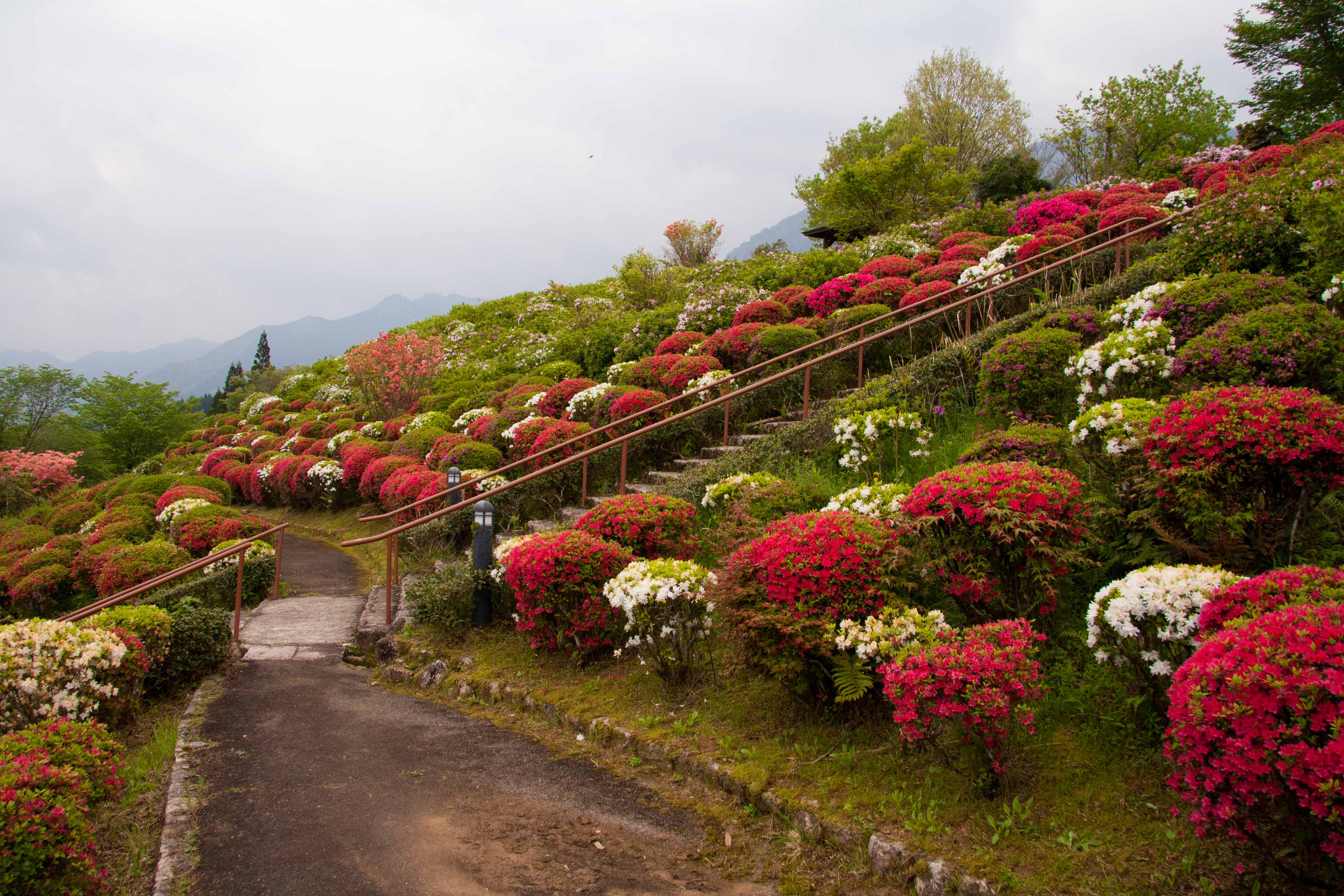 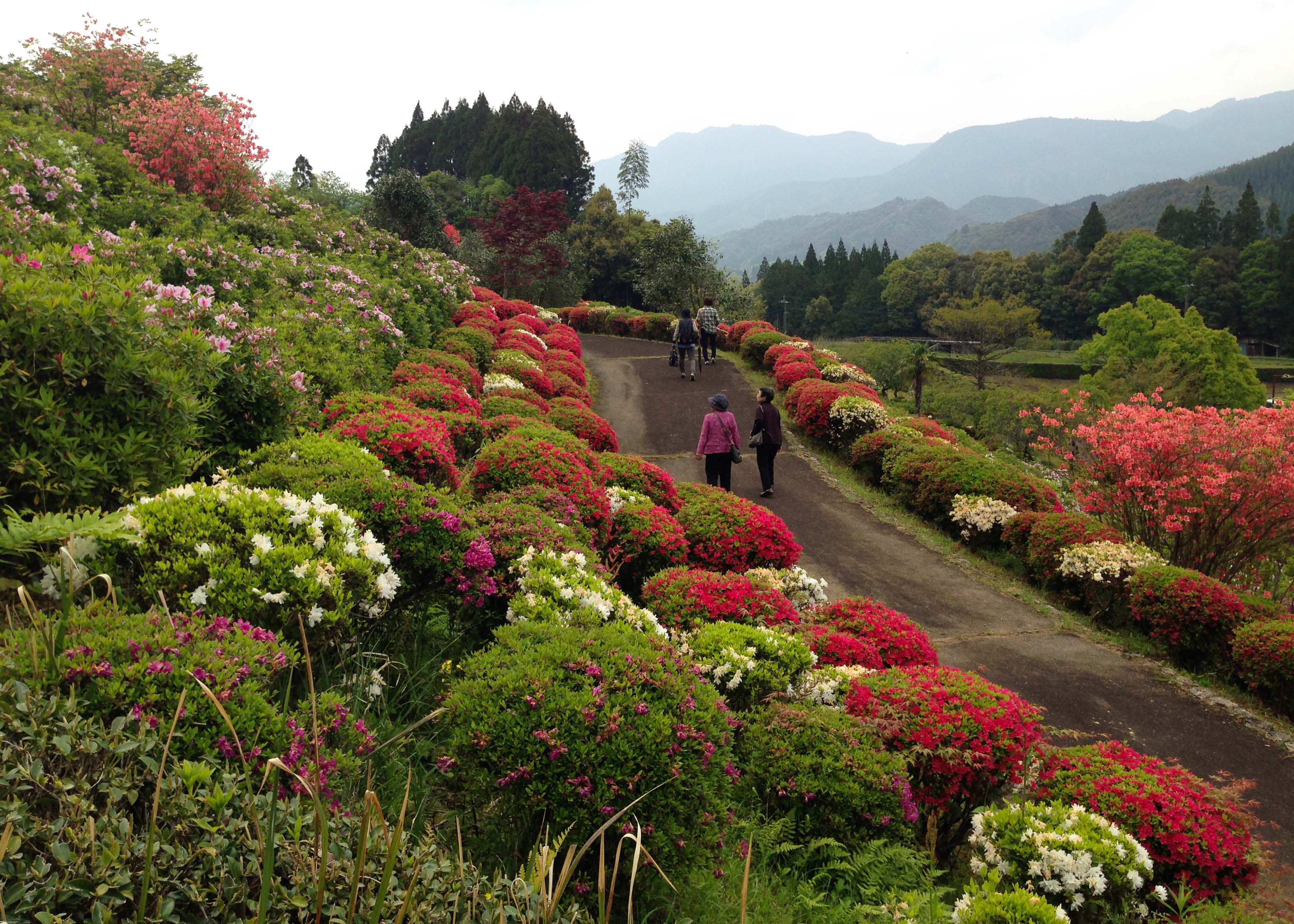 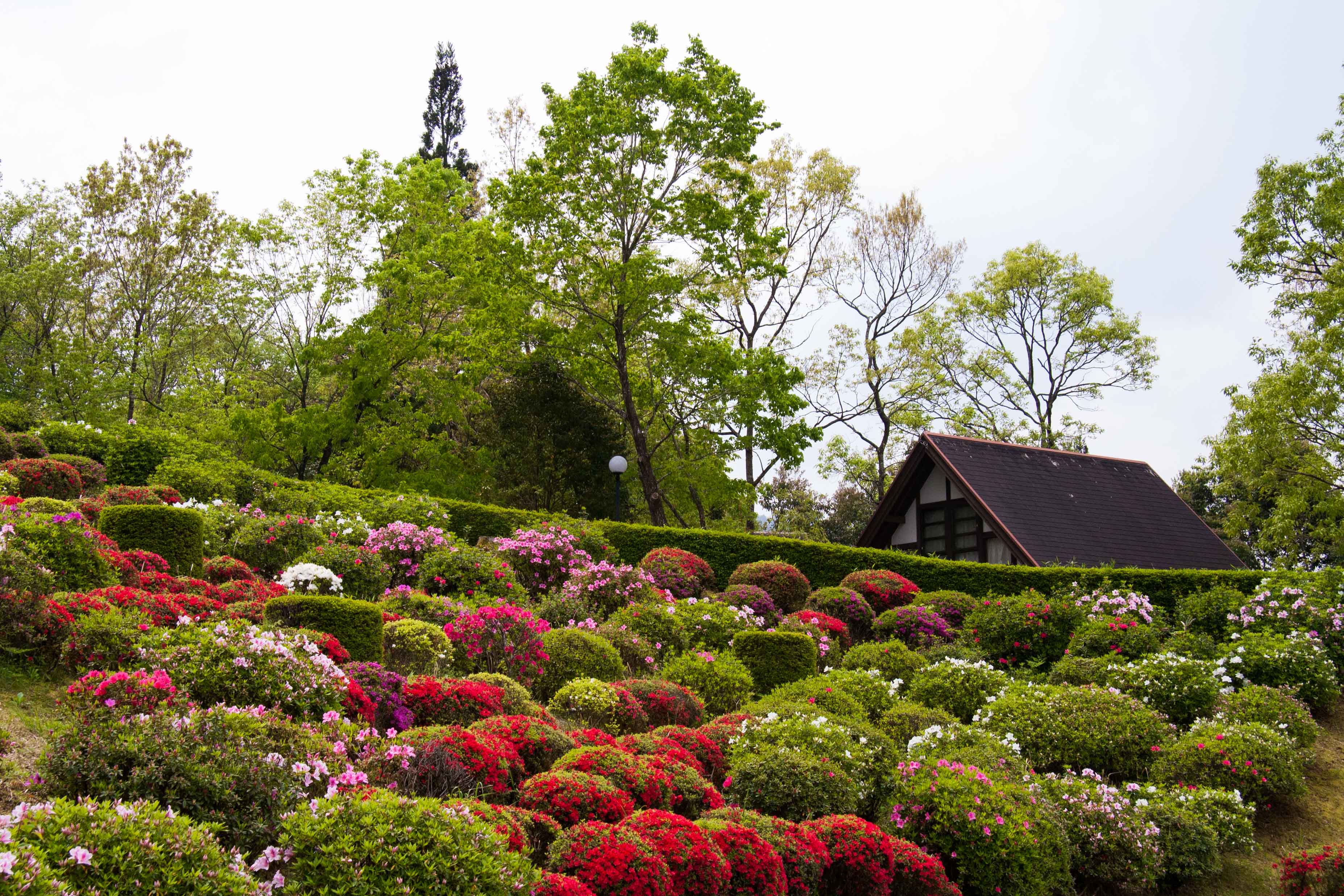 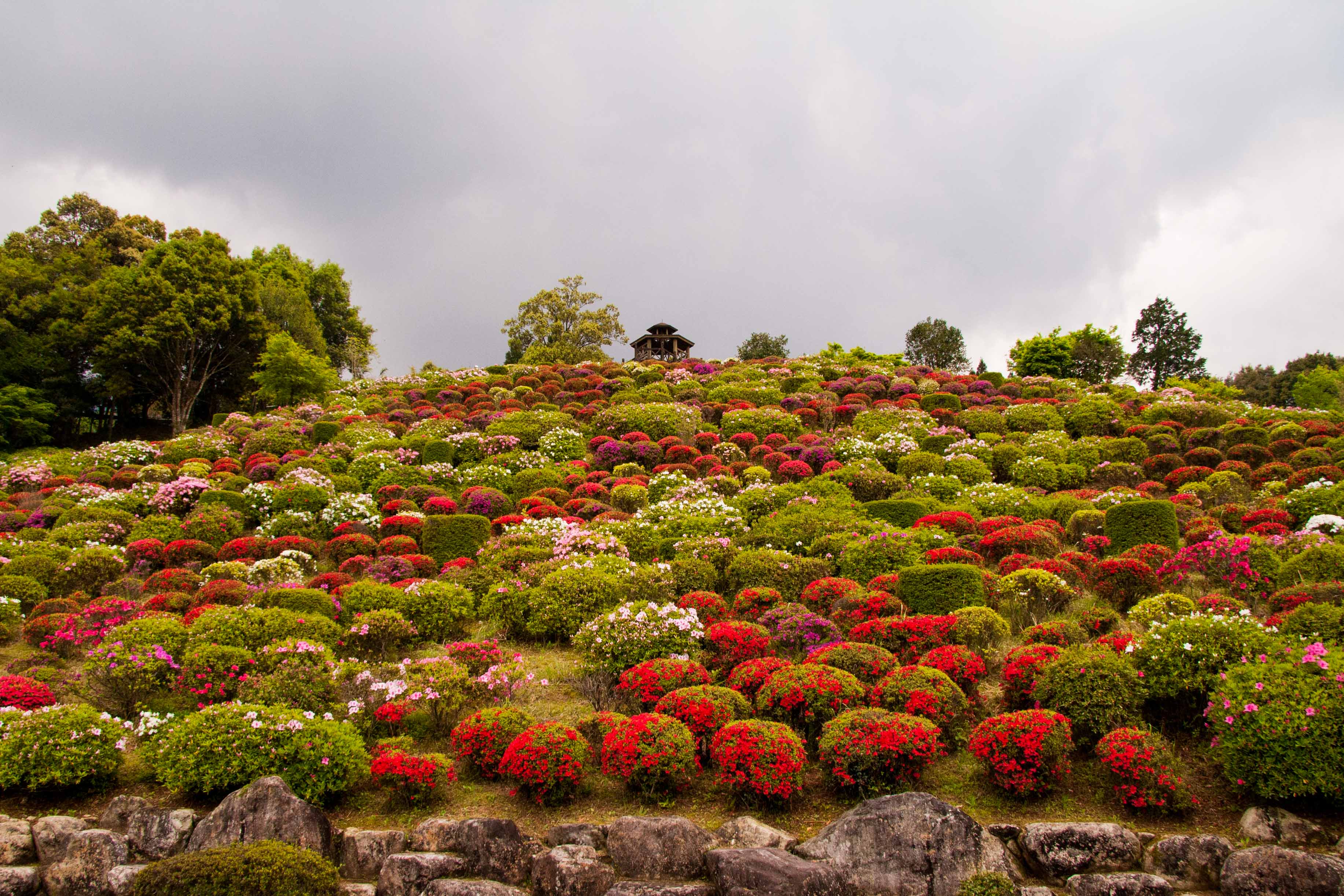 At the top of the second is a small viewing spot that offers spectacular views of the park and surrounding countryside. There’s also a slide that takes you back to the bottom. 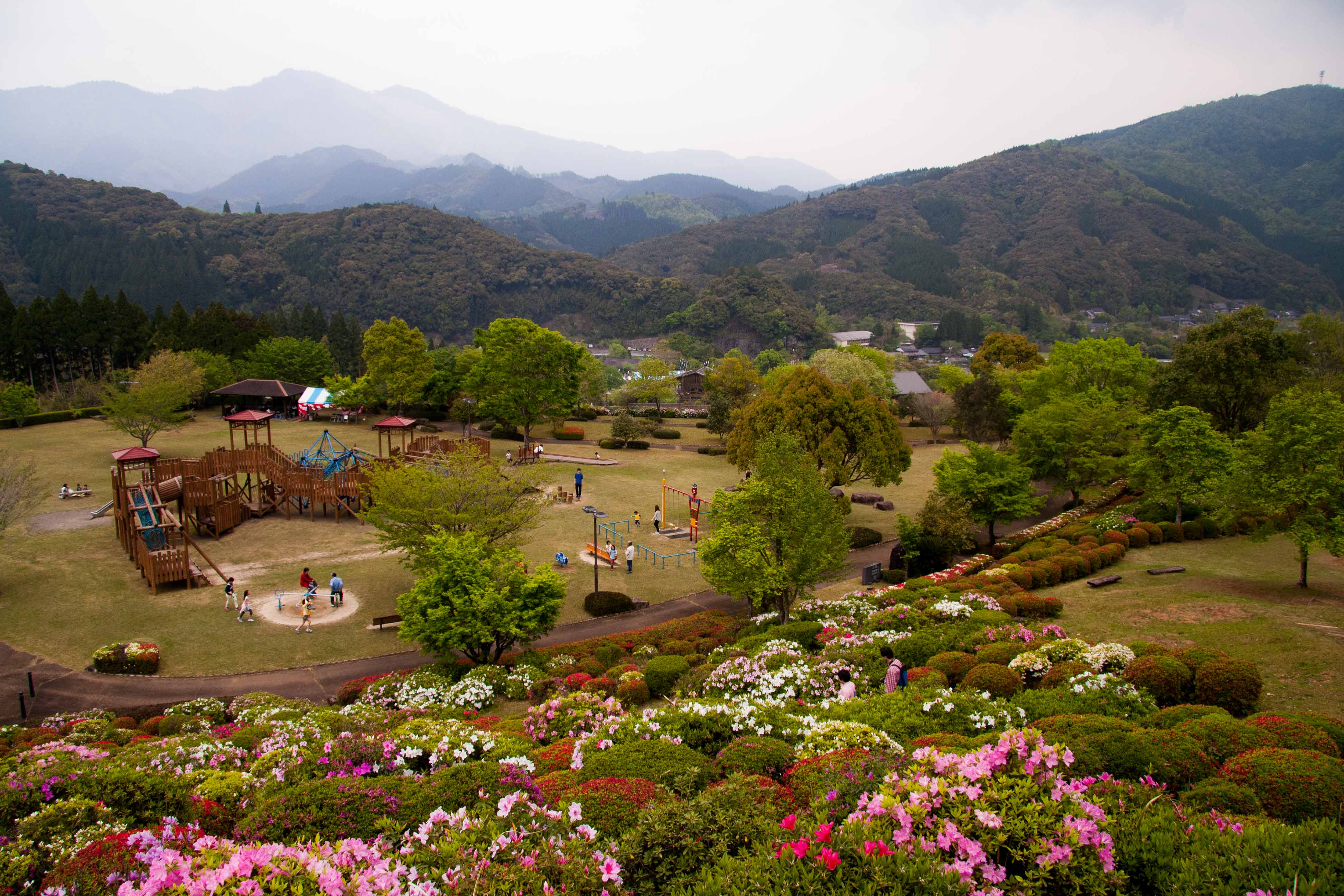 When we did eventually get to the bottom, we headed on to the field where the festival was being held where we ran into a few of Mark’s colleagues and students, and another Hyuga ALT, Chris.

We snacked on takoyaki (octopus balls) and some magical fried ginger chicken wings, and then found a spot on the grass to watch the entertainment. 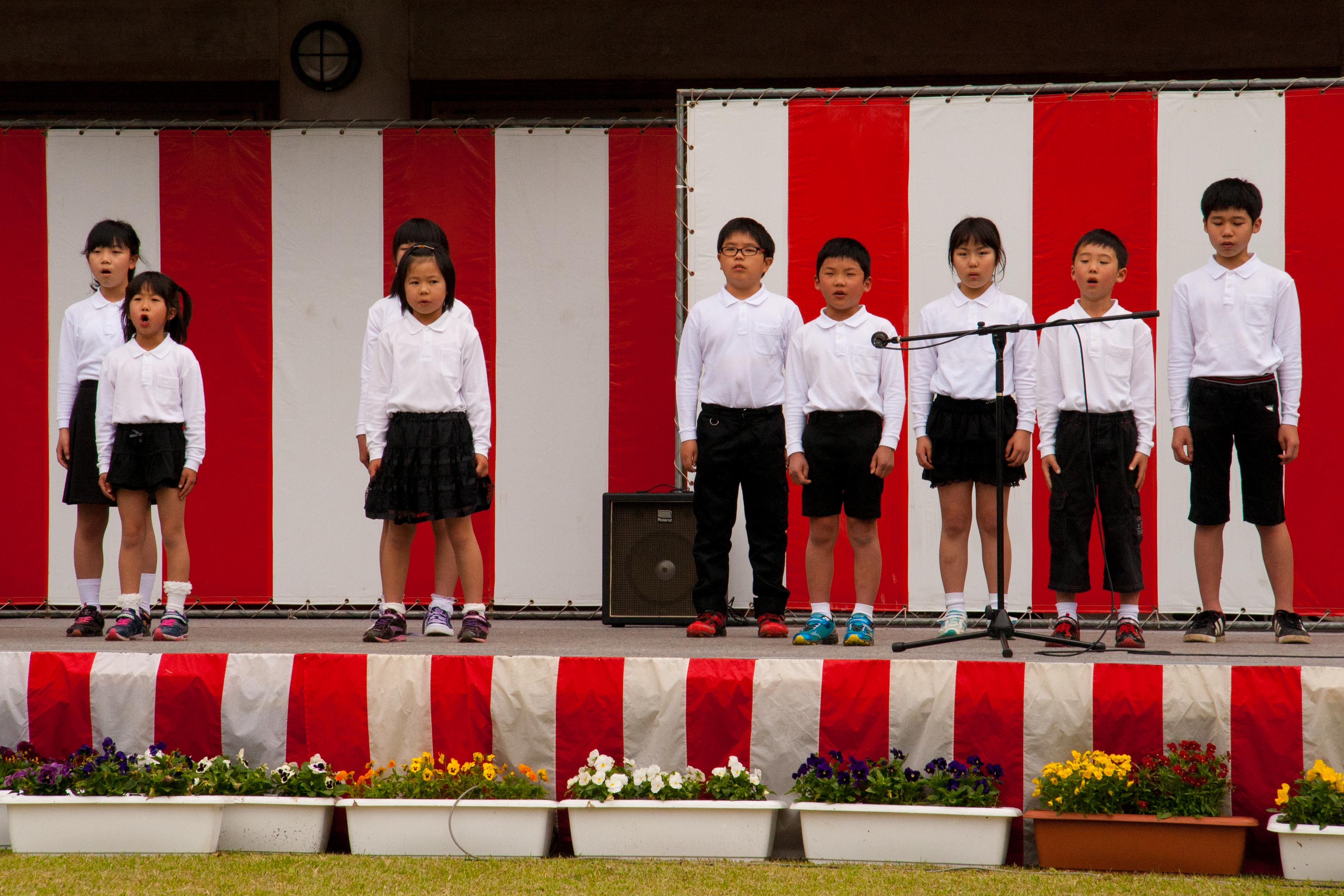 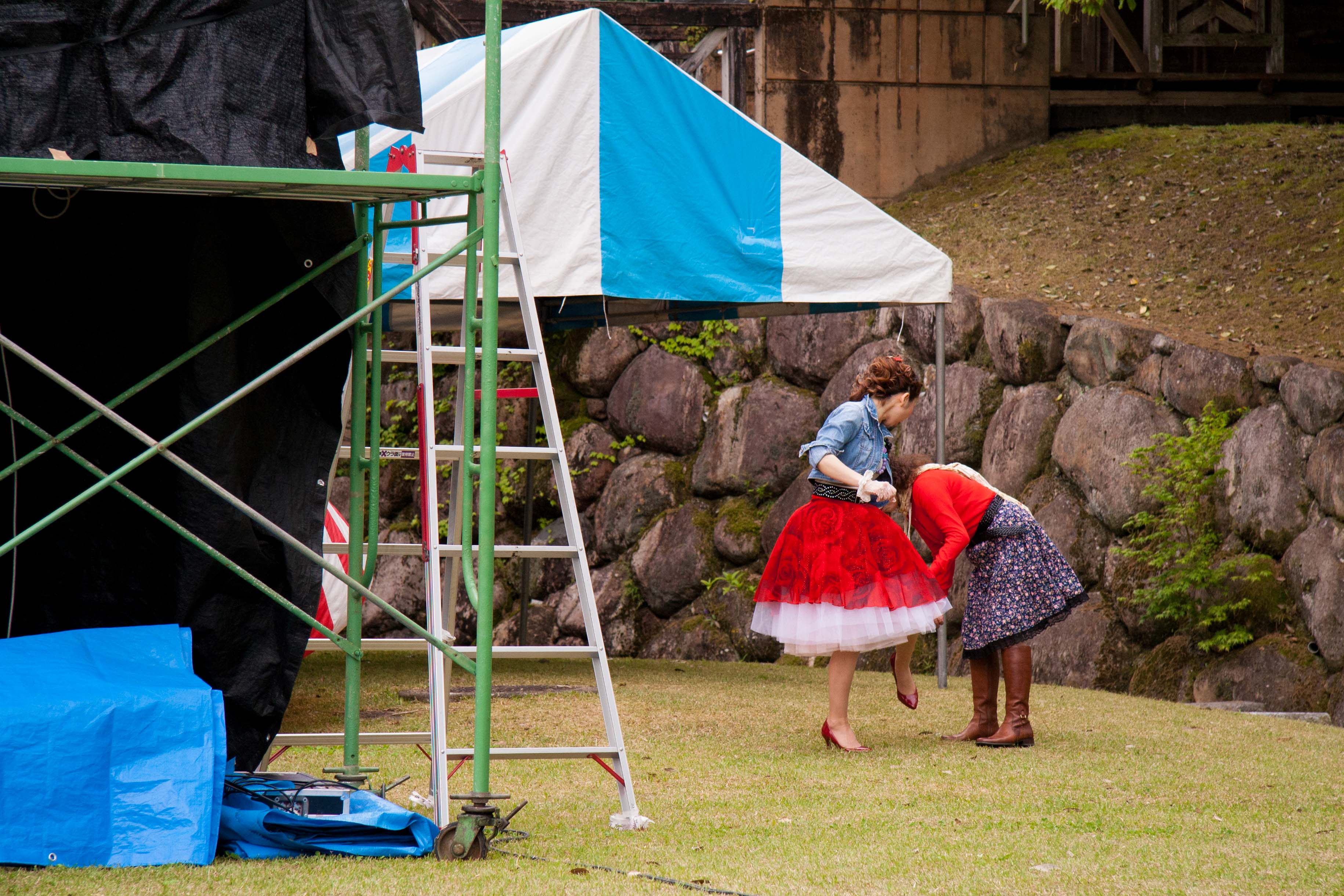 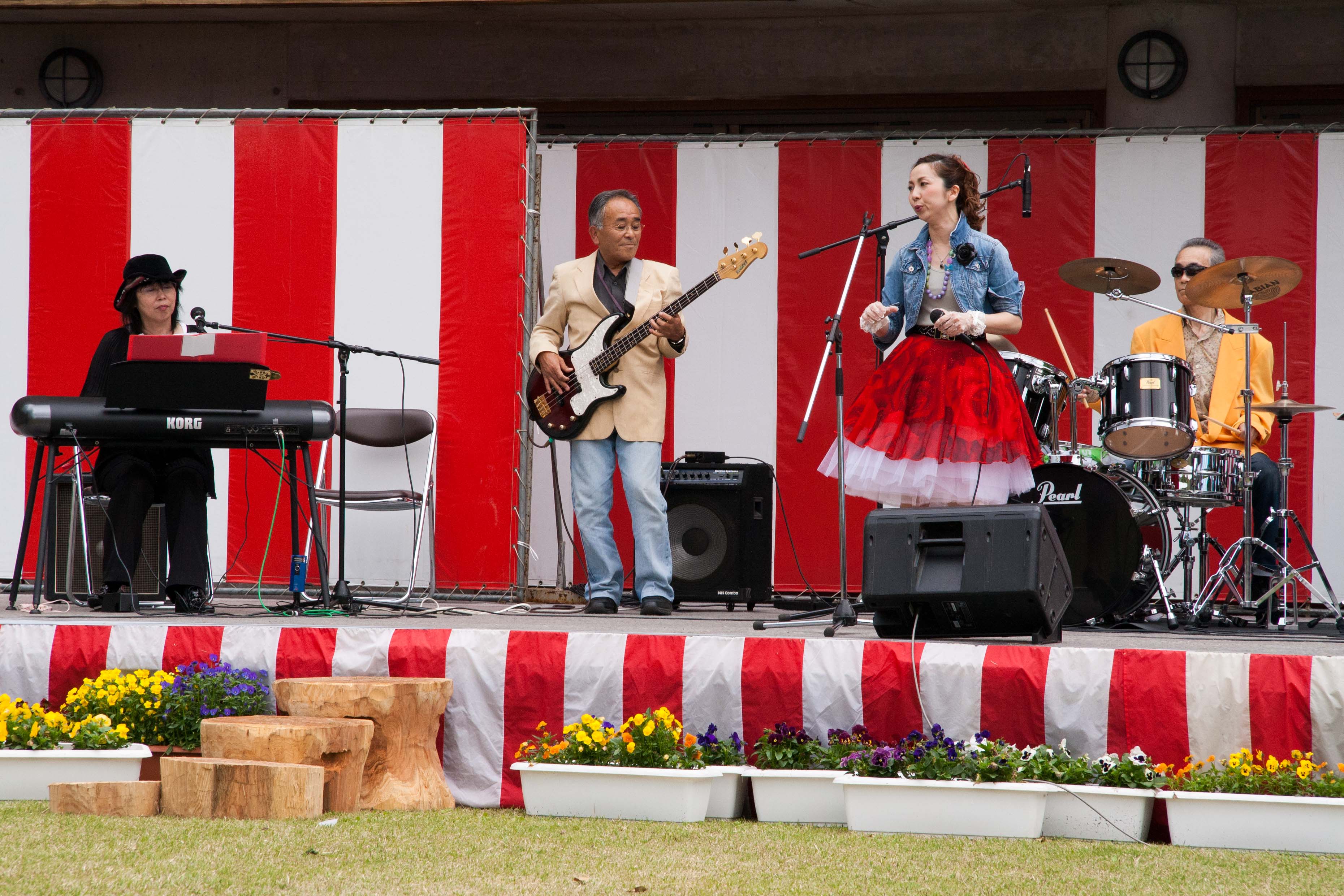 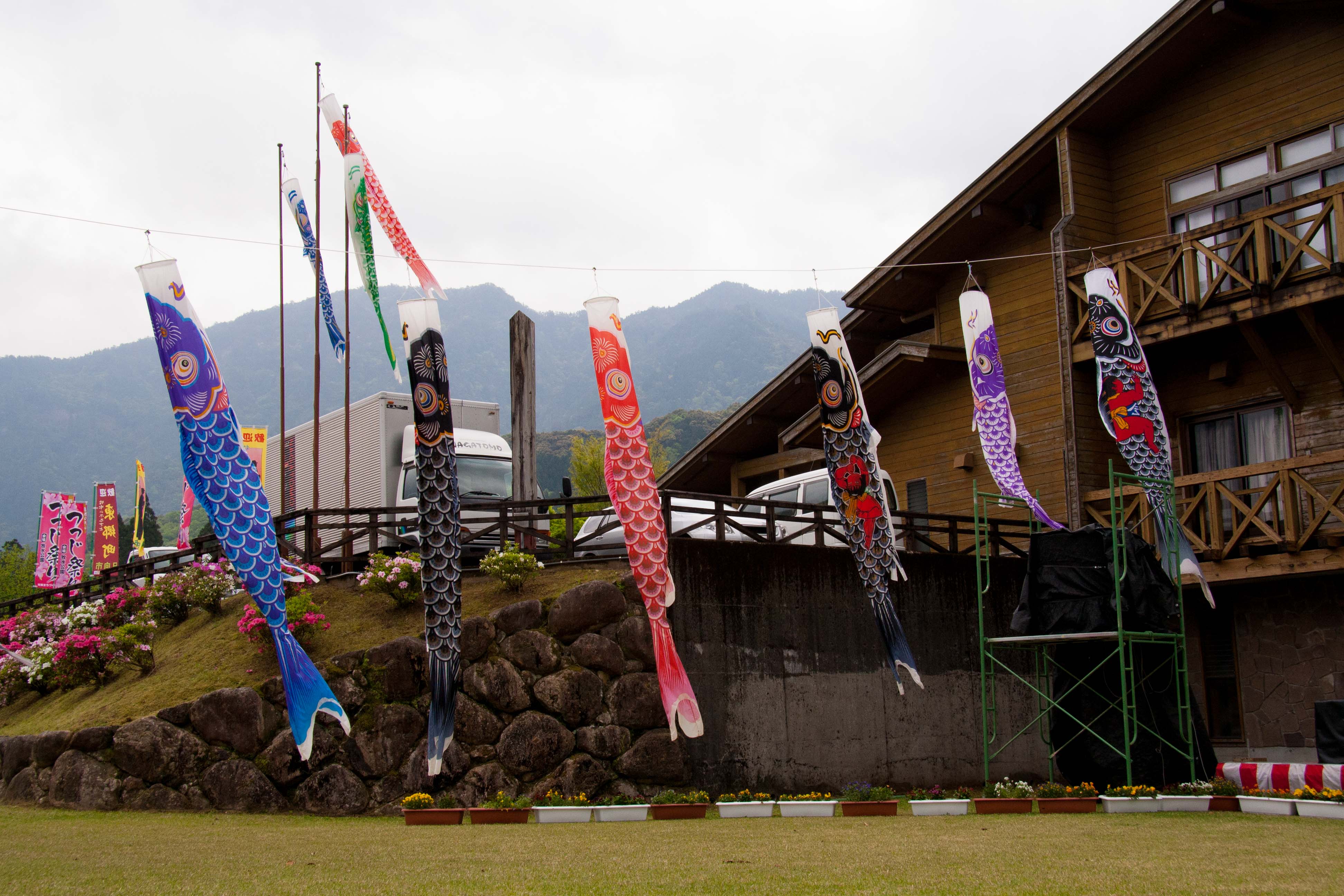 After a chorus of elementary kids performed, and then a band who did some interesting renditions of English songs, the main attraction took to the stage. We still don’t know who the mystery singer was (his trademark is a black top hat stuffed with purple and pink feathers), but he was clearly a celebrity to the older population.

Throughout his performance, fans ran up to him, handing over envelopes (love letters?) and gushing about his music. Some took photos, and one lady gifted him a bouquet of flowers, and throughout all of this he just kept singing. 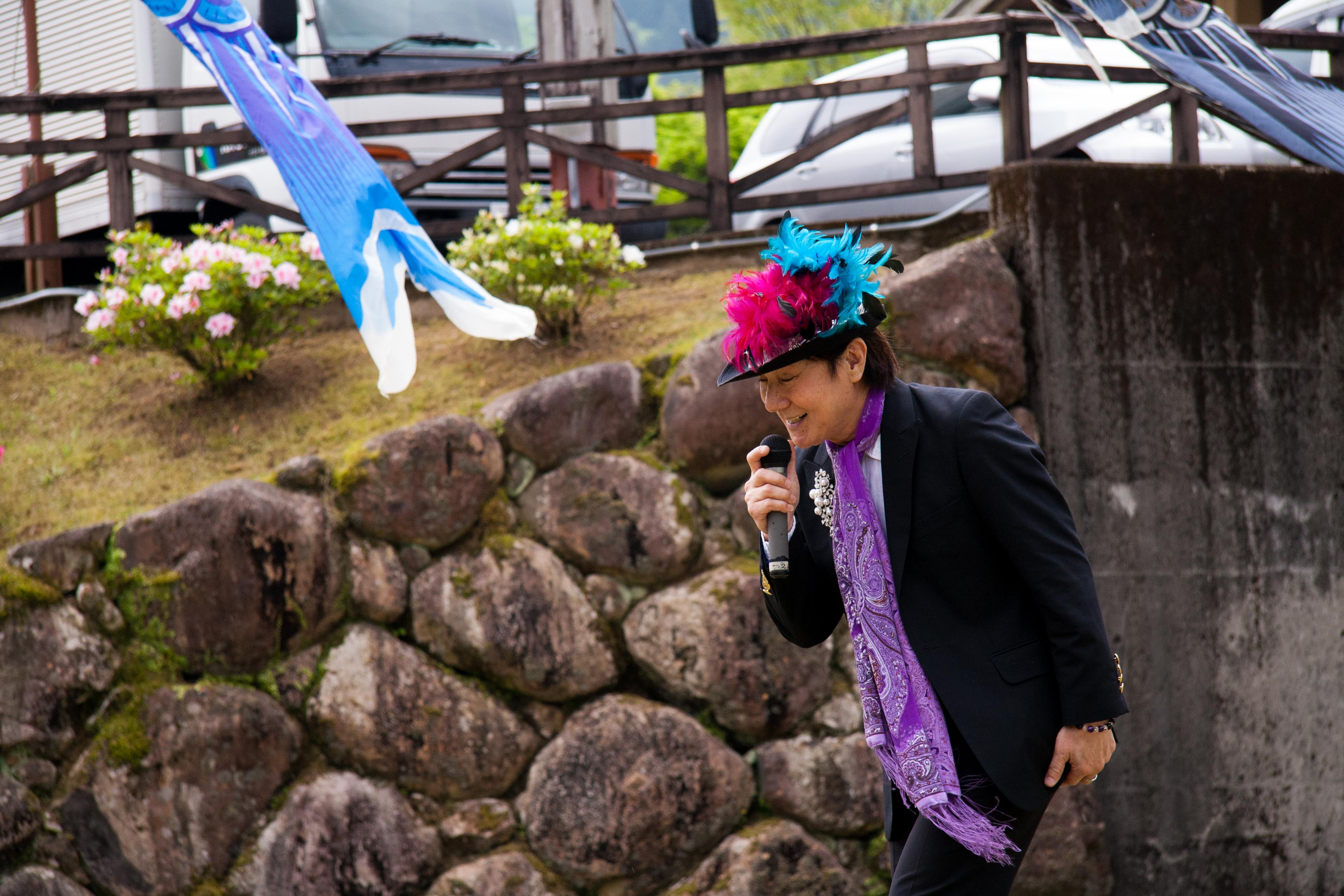 The multitasking was impressive. And so was his French. (“Est-ce que tu parles japonais?” he asked Mark.)

For this, we were joined by a drunk man who had stumbled upon our picnic and felt the need to repeatedly grab parts of our limbs and express the only two phrases he knew in English: “Hey you!” and, “I love you!” It was highly entertaining in a very unnerving sort of way. Japan never disappoints. 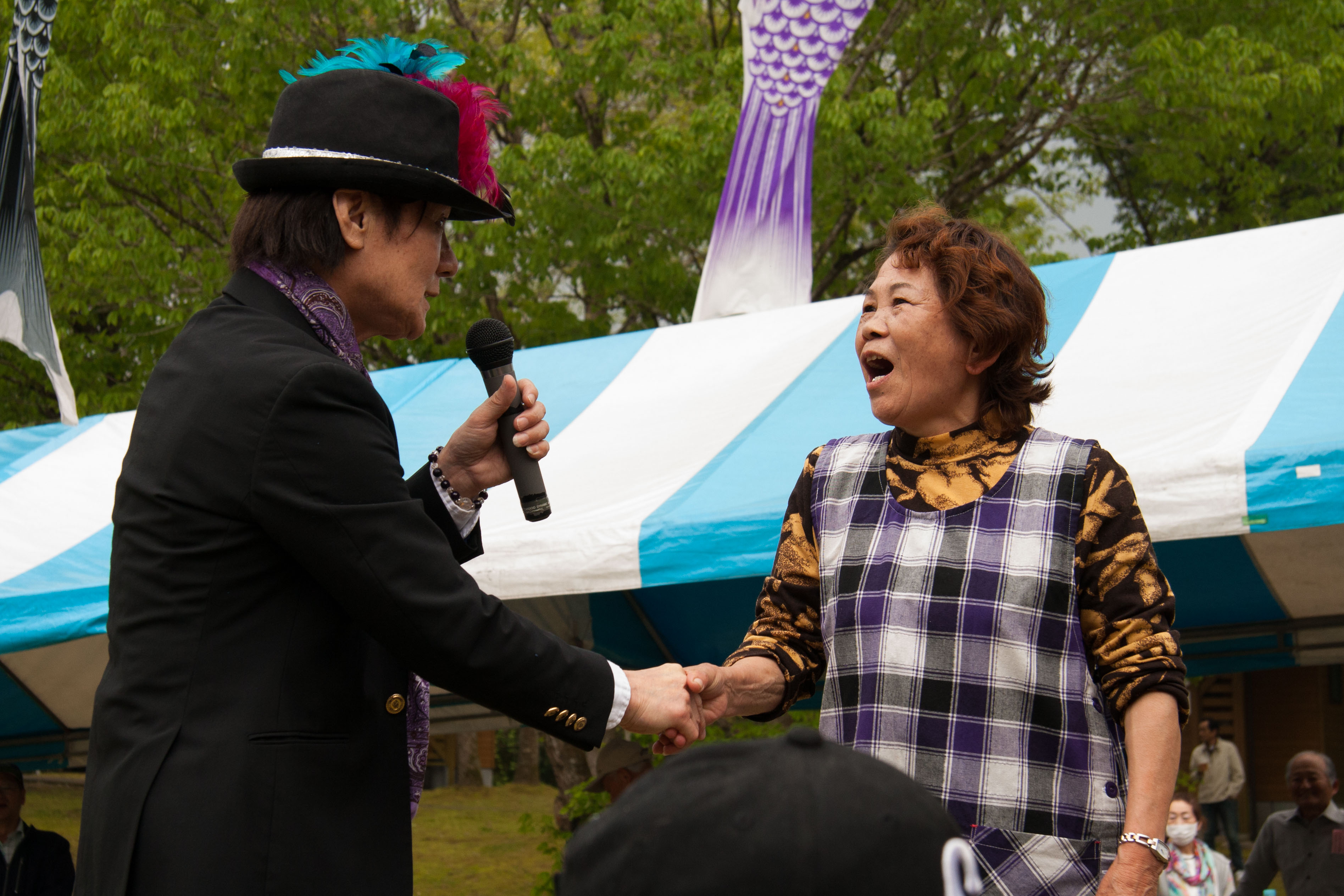