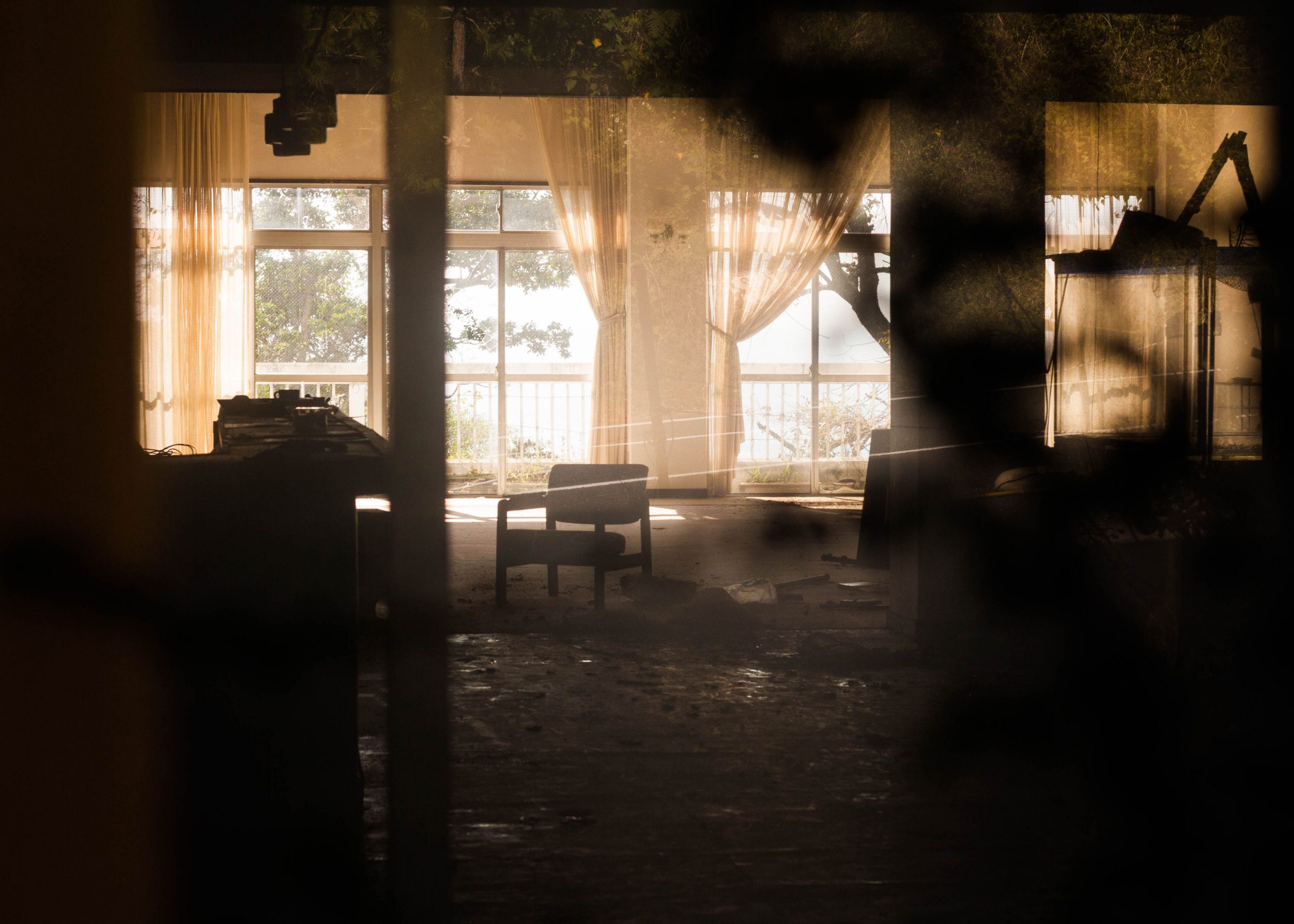 In early November, my former roommate and longtime bro, Matthew, came to Miyazaki for a visit. This is Part 1 of our road trip down the Nichinan Coast. Part 2 is here.

The third of November was a perfect autumn day. The sun was a warm blanket in the car and the crisp, sea air was cool enough to prickle the skin. It’s like having a superpower, I thought as we winded around bend after bend, being able to feel cold and heat independently at the same time.

It was the third day of Matthew’s visit and we were headed down the Nichinan Coast to see the wild horses of Cape Toi. On the way back, we would stop at Kojima Island and Udo Shrine. 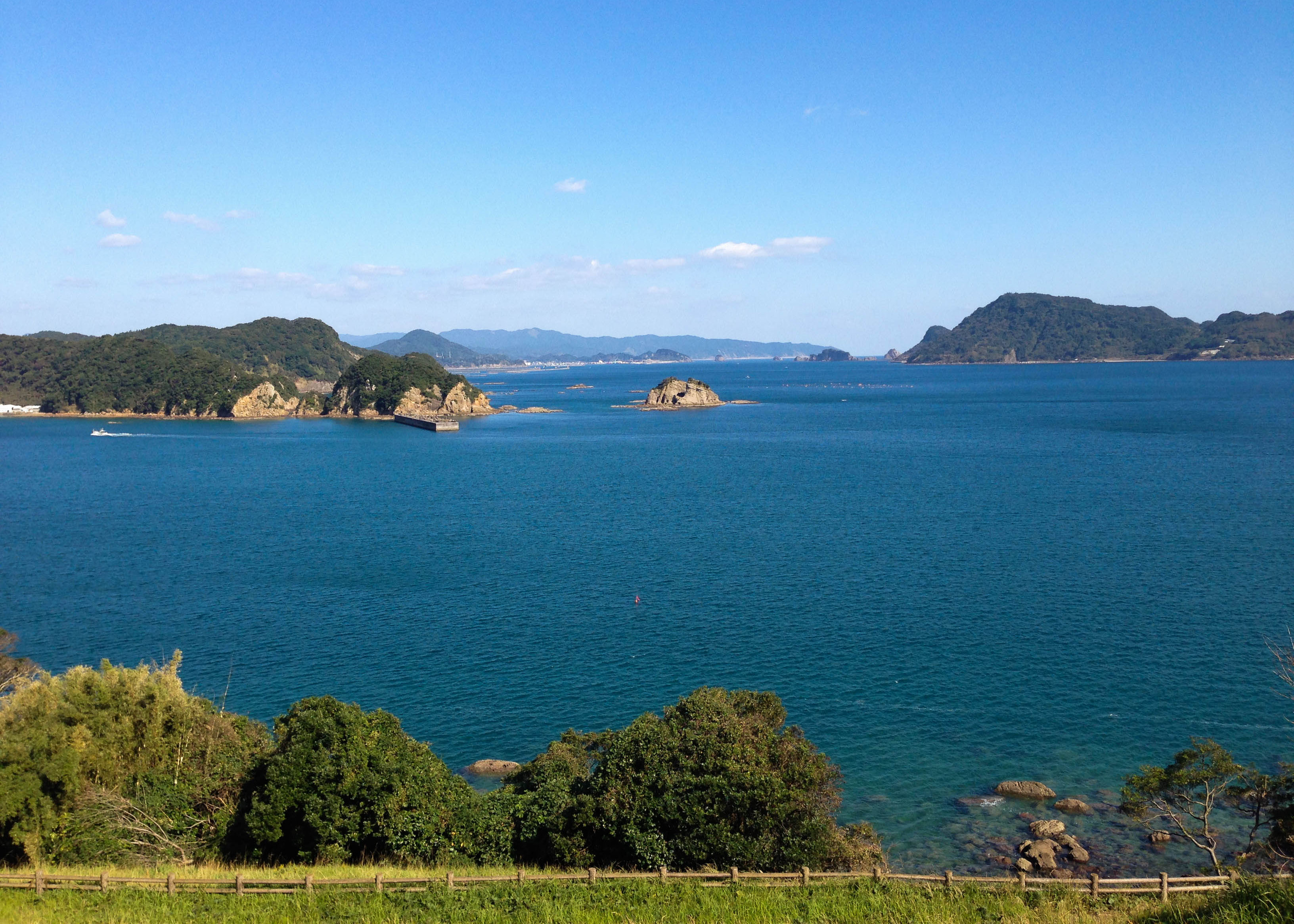 Cape Toi is the southernmost point of Miyazaki prefecture, home to a population of native Misaki Uma horses and a 90 000 m² coral colony. It’s also the location of the annual Cape Toi fire festival.

After stopping a few times to soak in the endless glitter that is the Hyuga-nada Sea, we arrived at the Komadome gate and drove straight into an Enid Blyton novel.

Our first stop was the Cape Toi Lighthouse, which is the only public-entry lighthouse in Kyushu. On top of 255 m cliff, it offers views all the way to the Osumi Peninsula in Kagoshima. On a clear day, that is. We could see as far as the haze would allow us, until the horizon disappeared into sky. 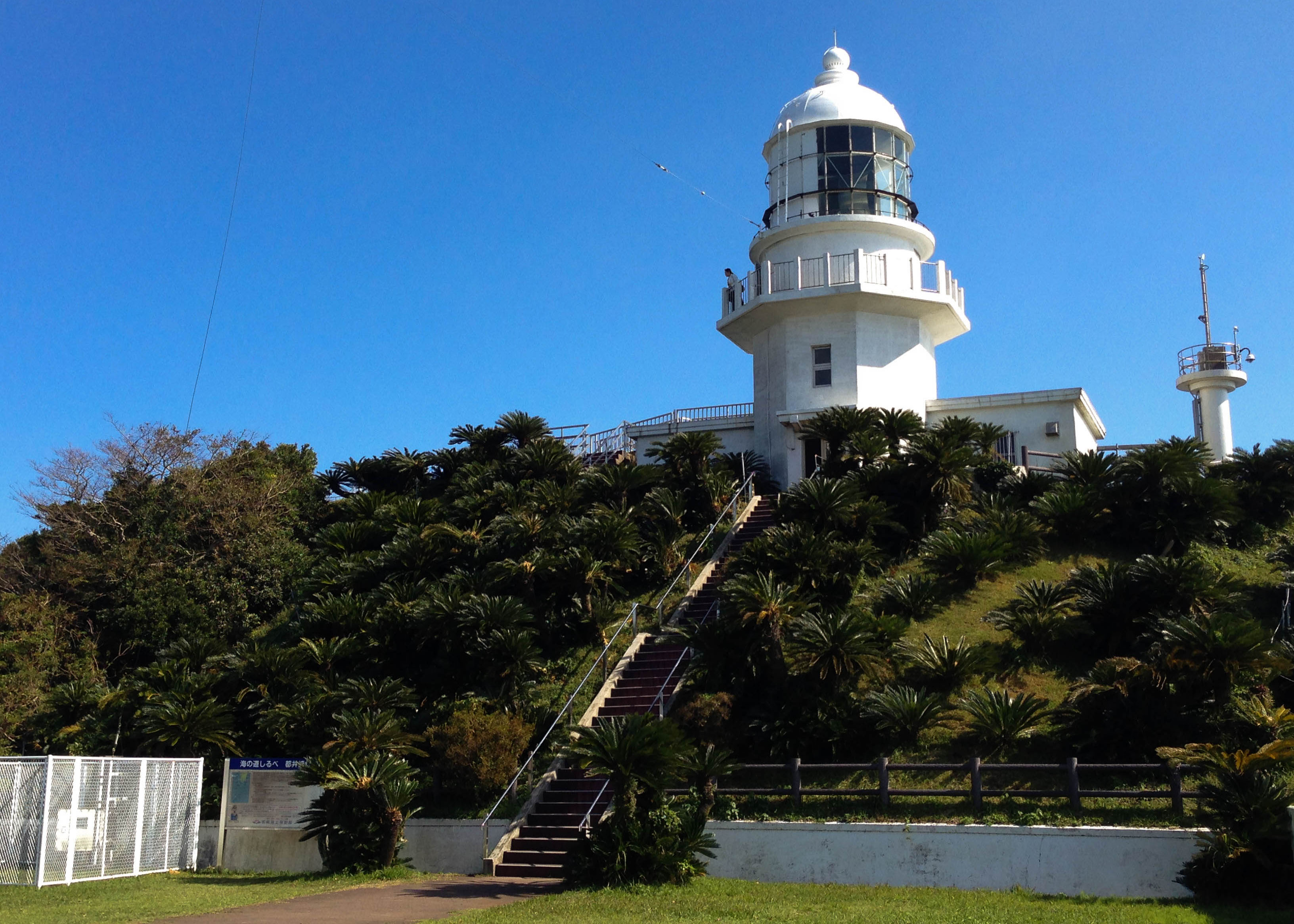 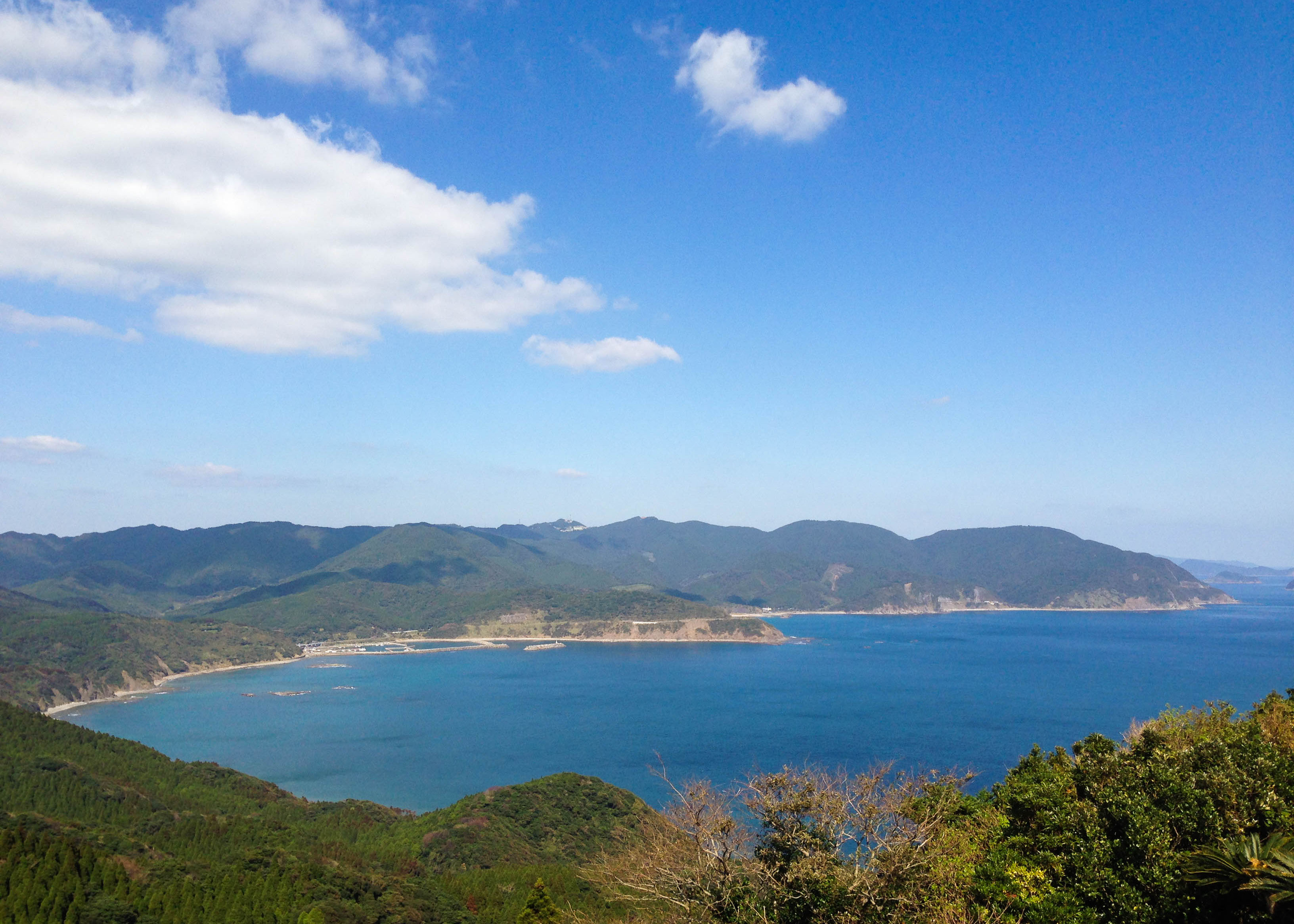 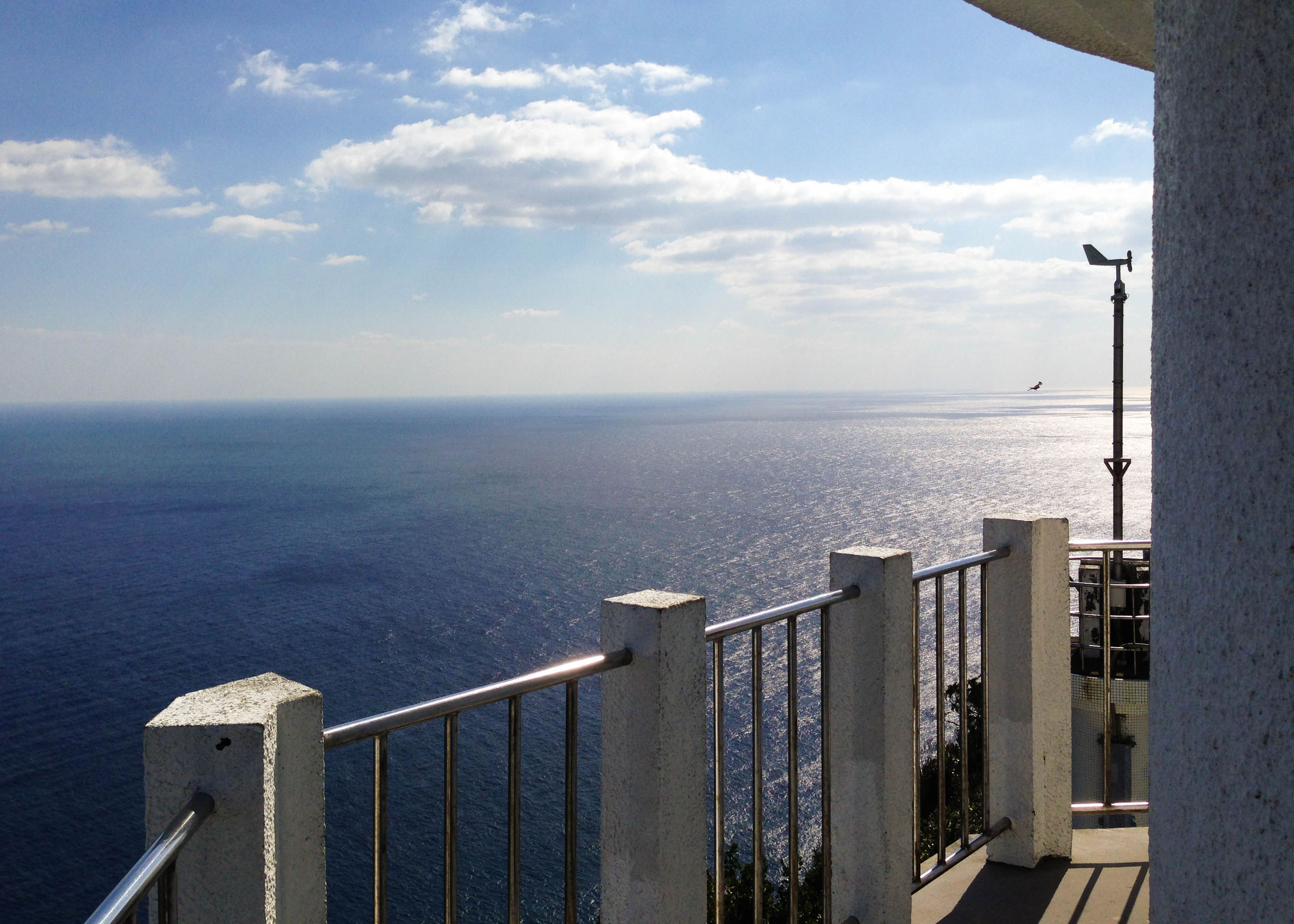 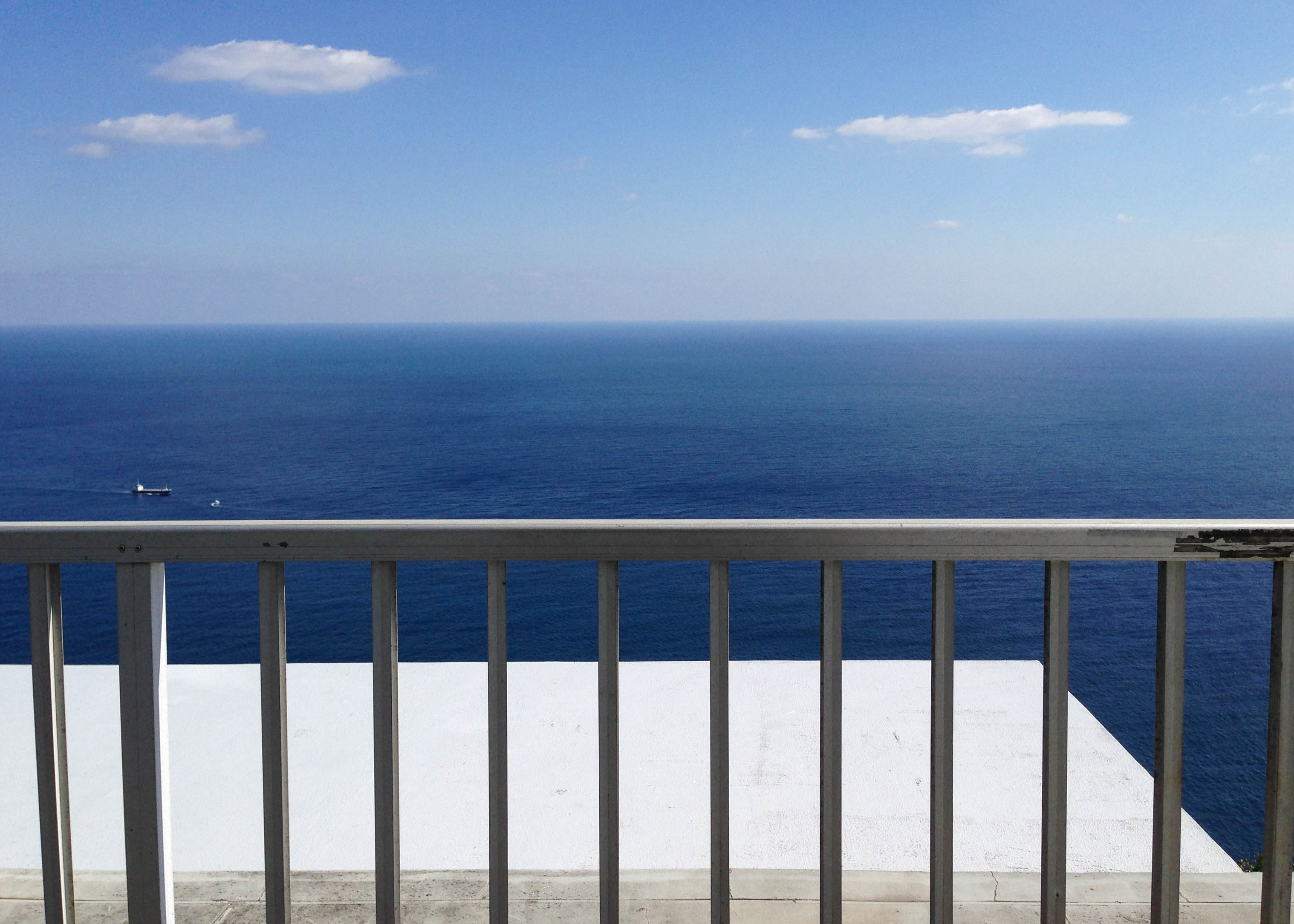 Next, we headed down to the Visitor Center which is essentially a museum, complete with horse dioramas, photographs and videos about the history of the horses, and the other animal and plant life in the area. 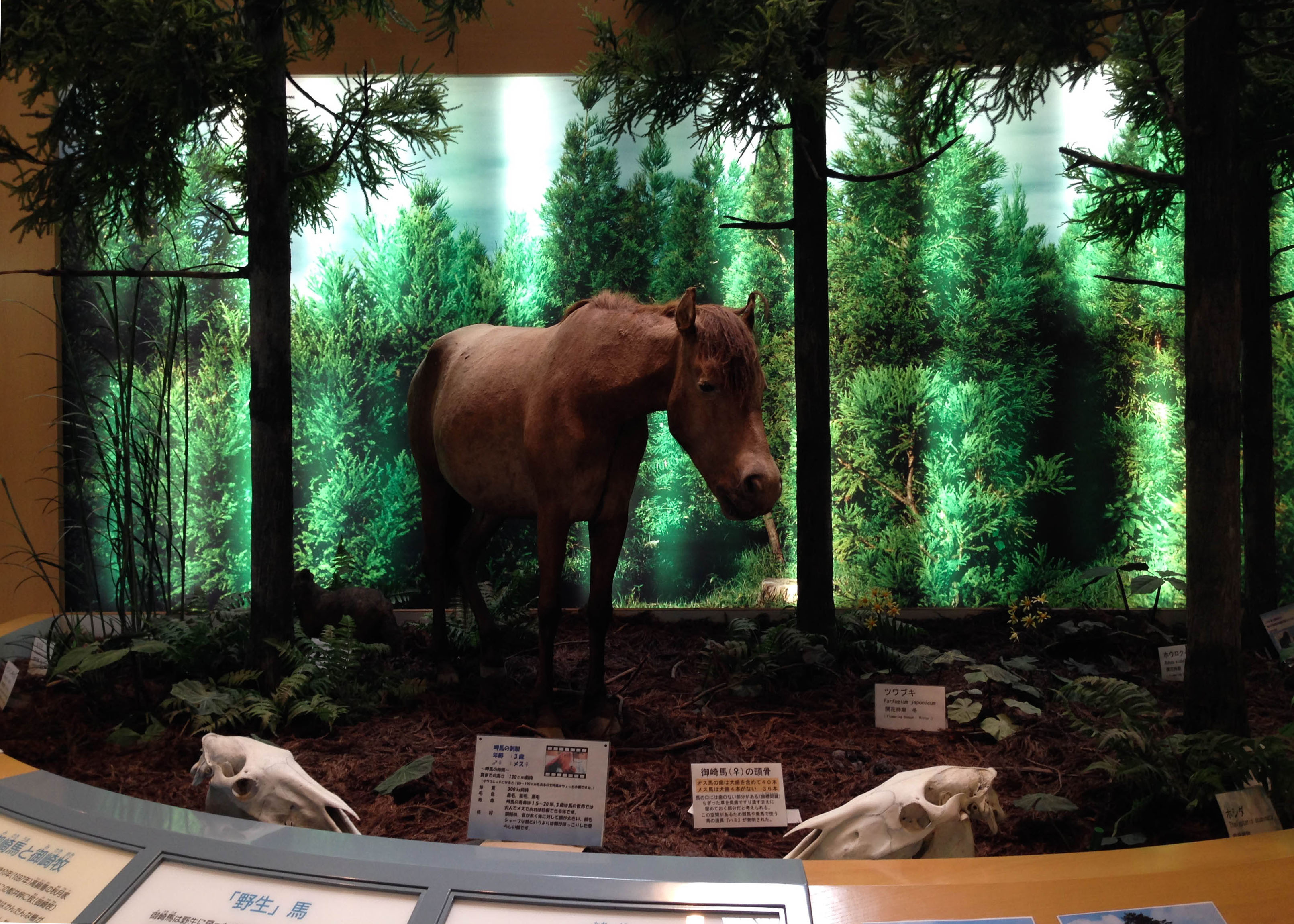 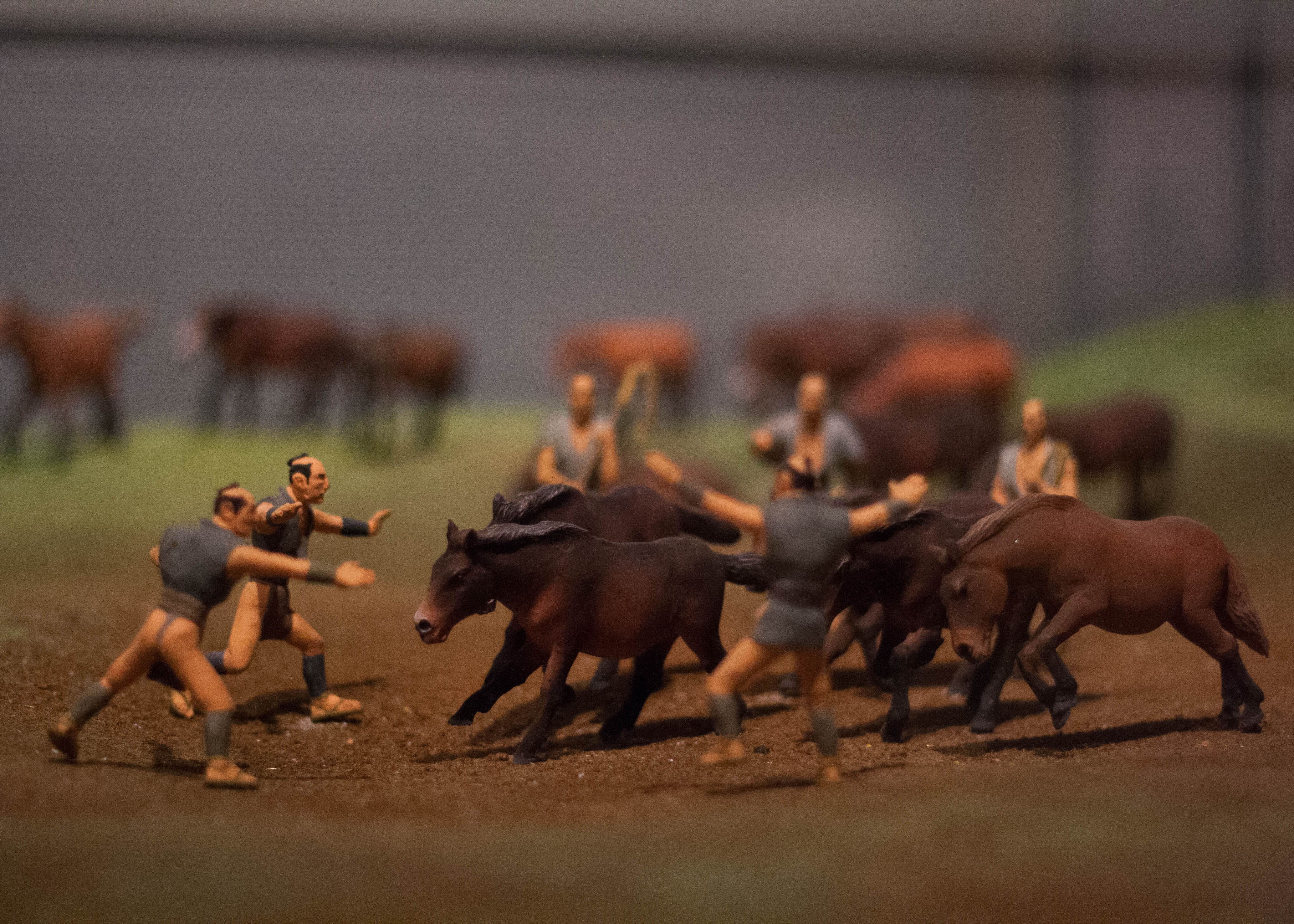 Down the road from the Visitor Center, we spotted a pair of Misaki roaming the parking lot together, one particularly interested in a silver car parked nearby. We got up pretty close and some other visitors even gave them a pat, but after the spooked horse in Kimotsuki, I thought it best to keep a reasonable distance.

The Misaki are one of eight native breeds to Japan,  descended from horses brought in from China about 2 000 years ago. After WW2, the number of Misaki was drastically reduced, and the 100 head left today at Cape Toi have been designated a national monument.

At only about 13.2 h.h, the horses look more like ponies and range from bay or black to chestnut in colour. 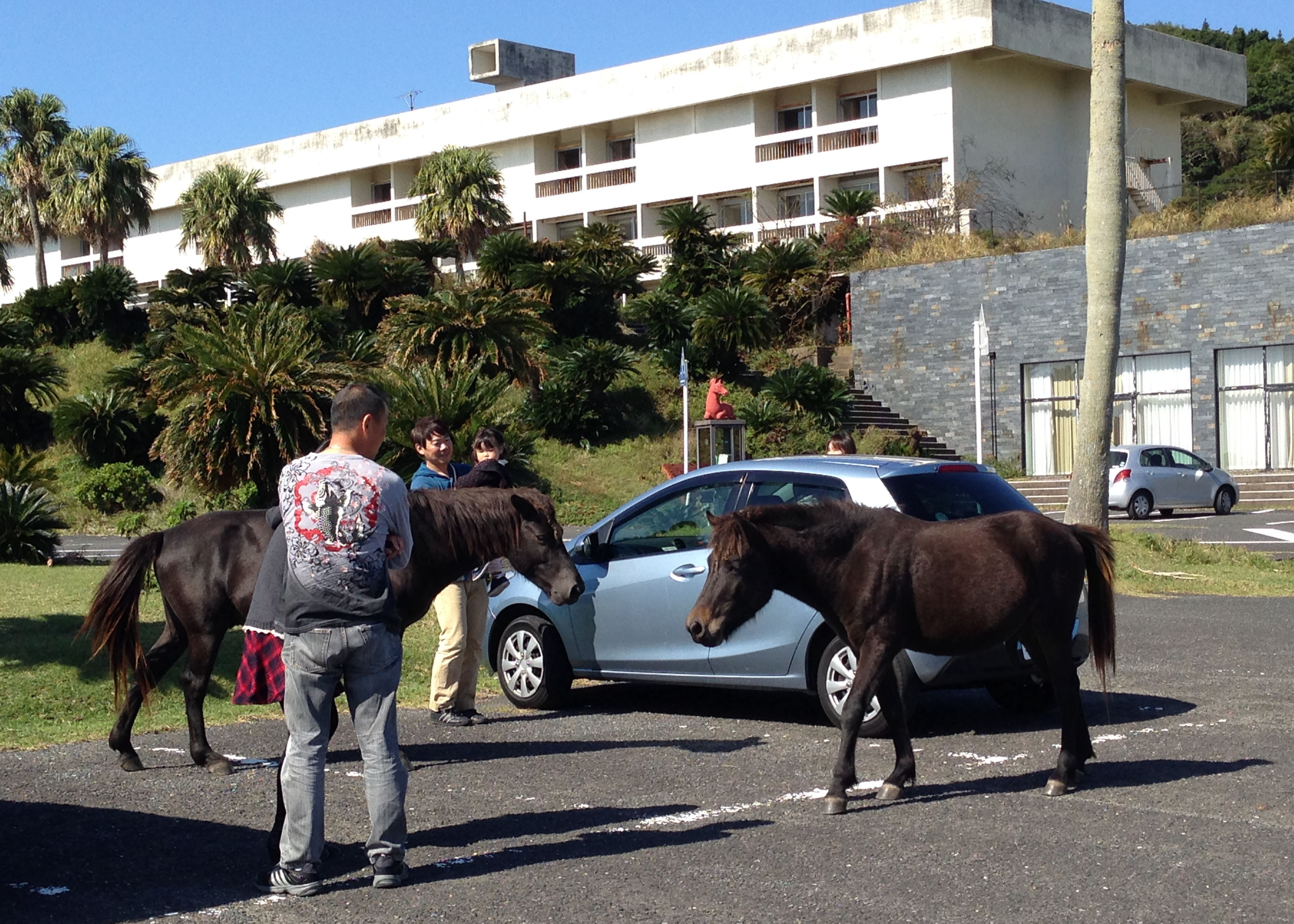 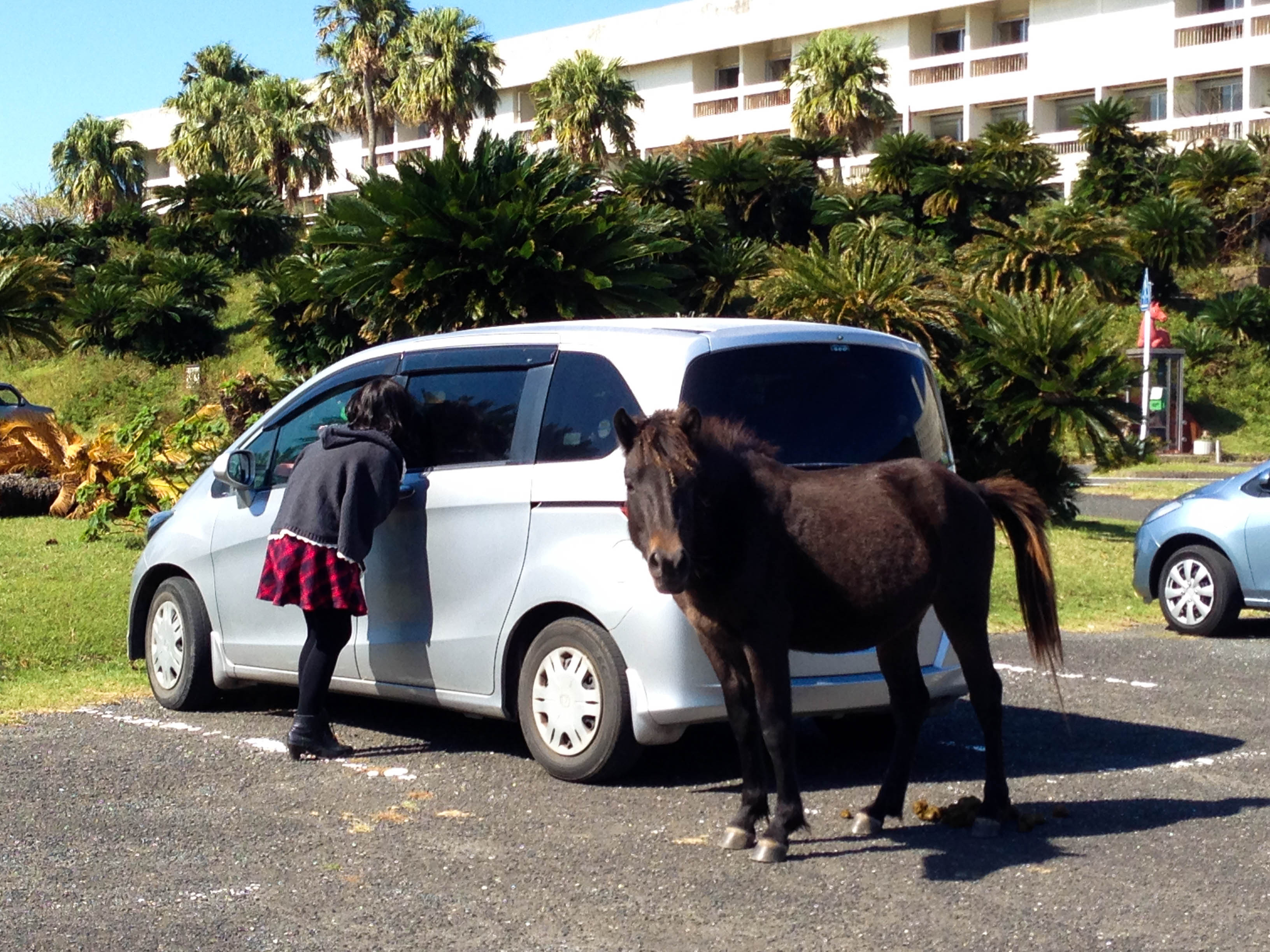 We headed up to Ogi Hill after that, where the radio tower sits. It was pretty deserted and we were the only people up there, but the views from the top of the hill were amazing. At one point I just plopped down on the grass and sat there, trying to take it all in. At any moment, I expected to see Julian, Anne, Dick and Georgina come over the hill, with Timmy trailing behind. 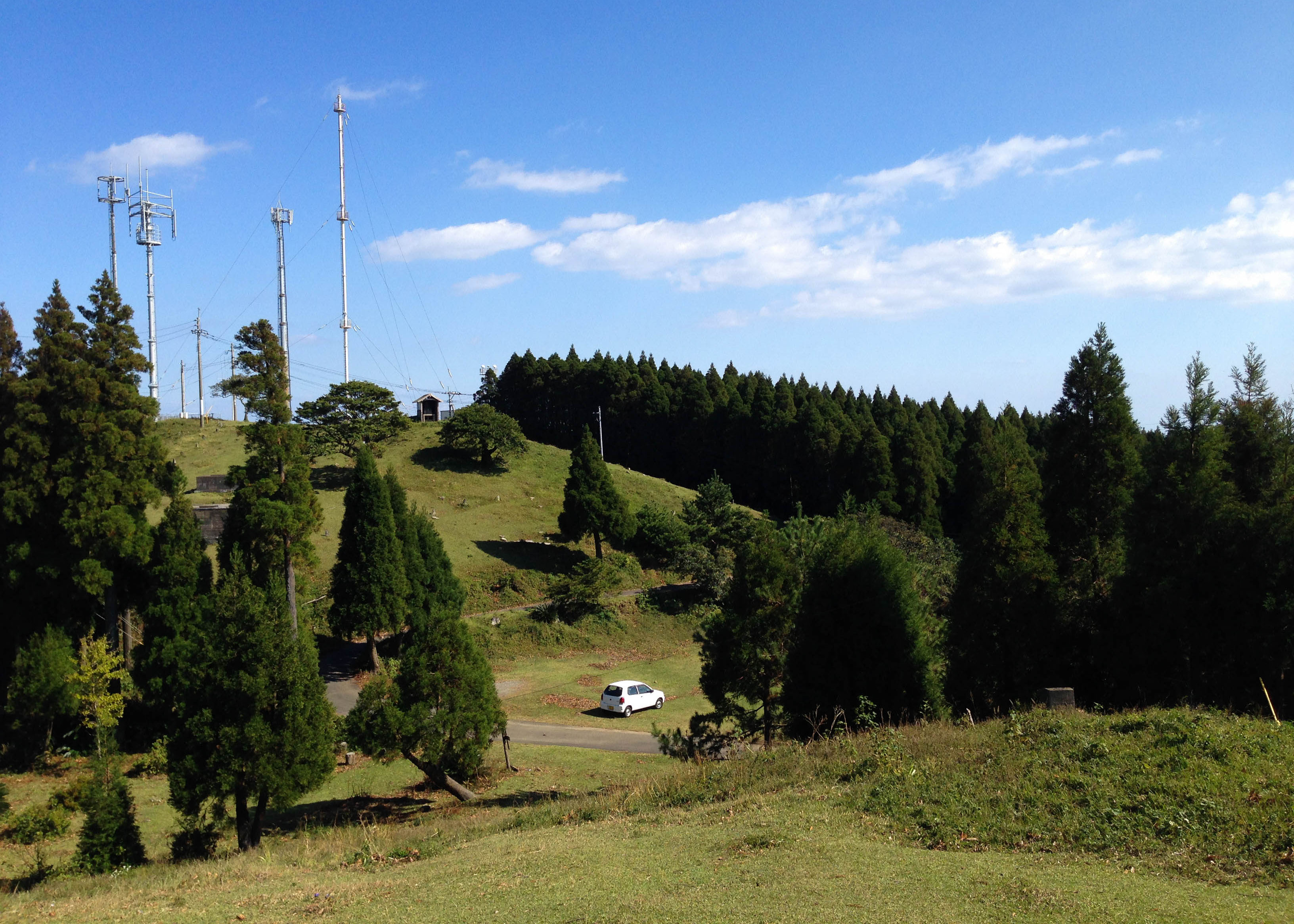 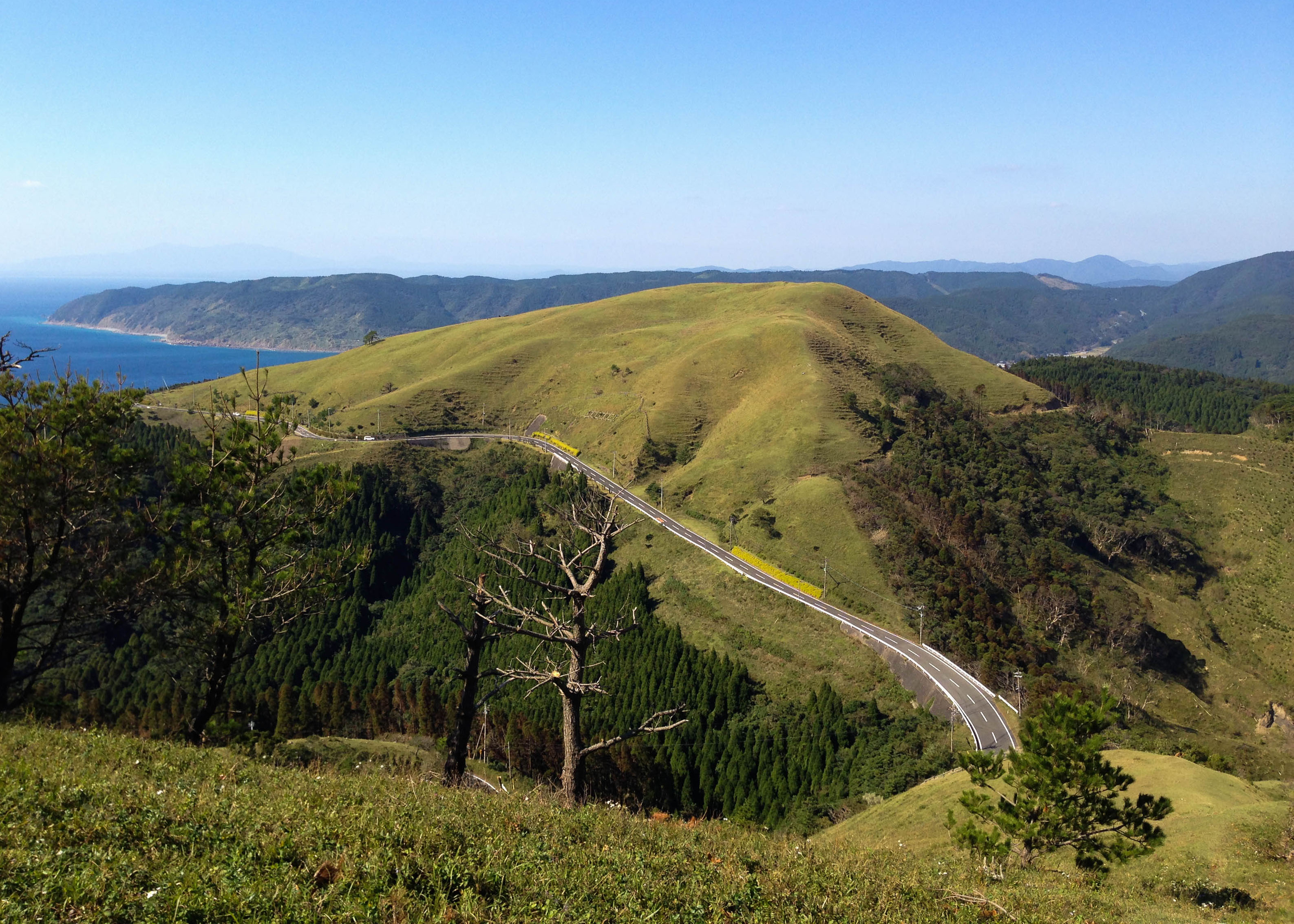 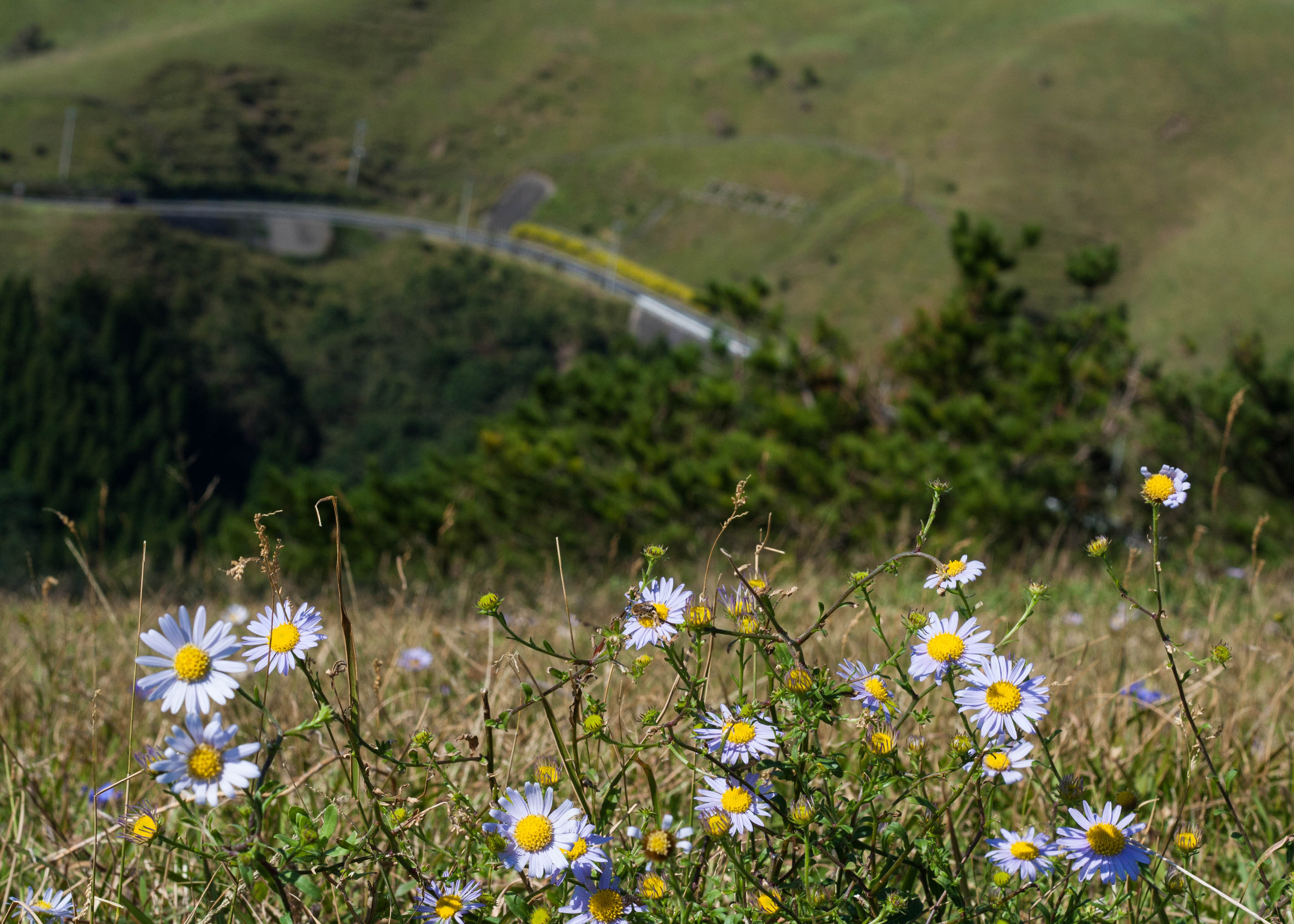 On our way back up to the gate, we decided to pull over at an abandoned hotel and take a look around.

It’s rumoured to have been vacant since the 1980s. I guess the architecture points to that period, but when we got out of the car and started looking around, the near-perfect stacks of plates and hanging curtains cast doubt in my mind. Could those really have survived through 30-odd years of rain, typhoons and earthquakes? And for a place so close to the sea, where was all the rust?

But DanL917 confirms on TripAdvisor that the hotel has been standing with broken windows since as far back as 2003, so who knows. It’s a hard task trying to find information on the hotel. The building doesn’t even show up on map view in Google Maps even though its impossible to miss from the road. I found it on the satellite imagery (31.367681, 131.329988). 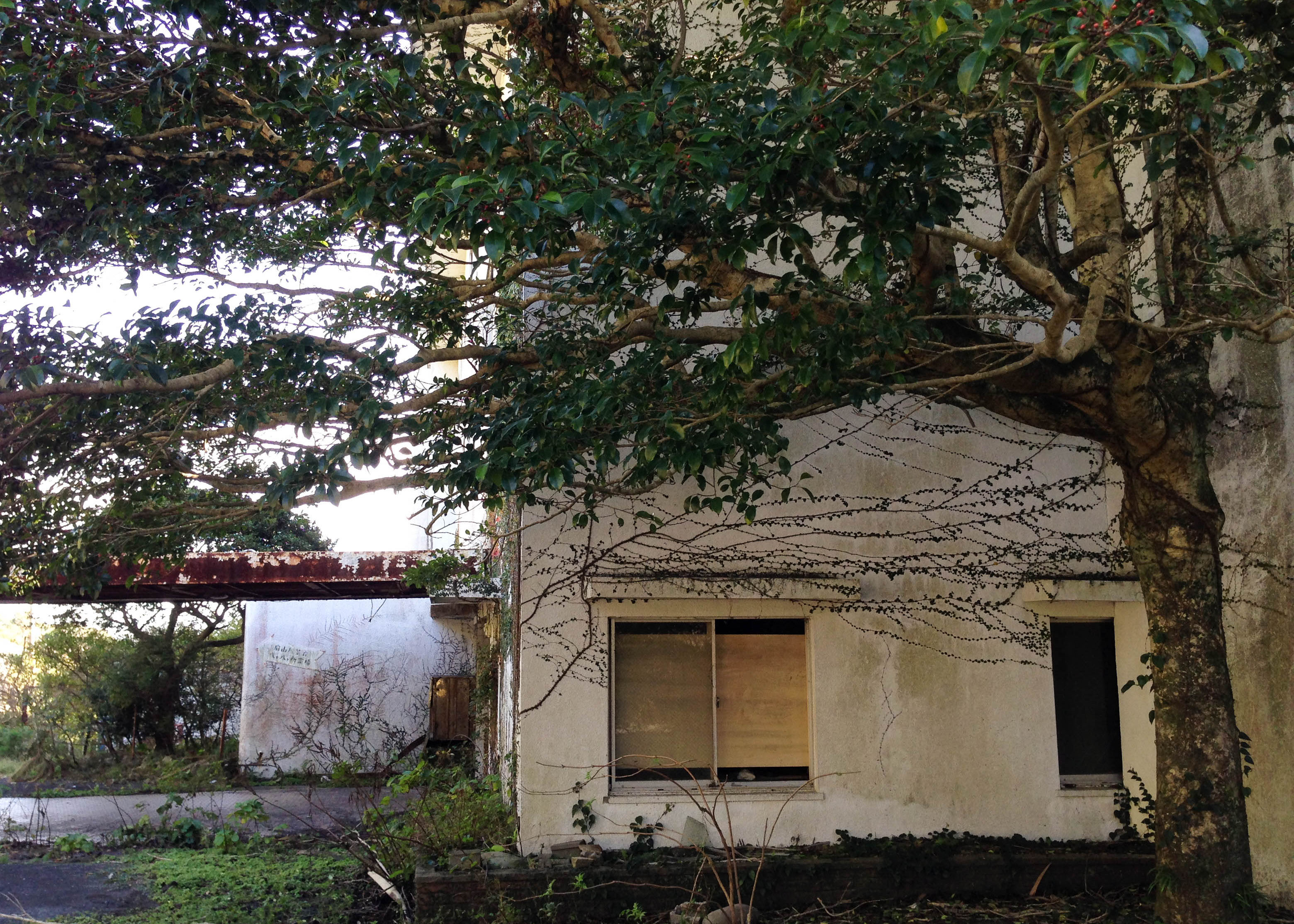 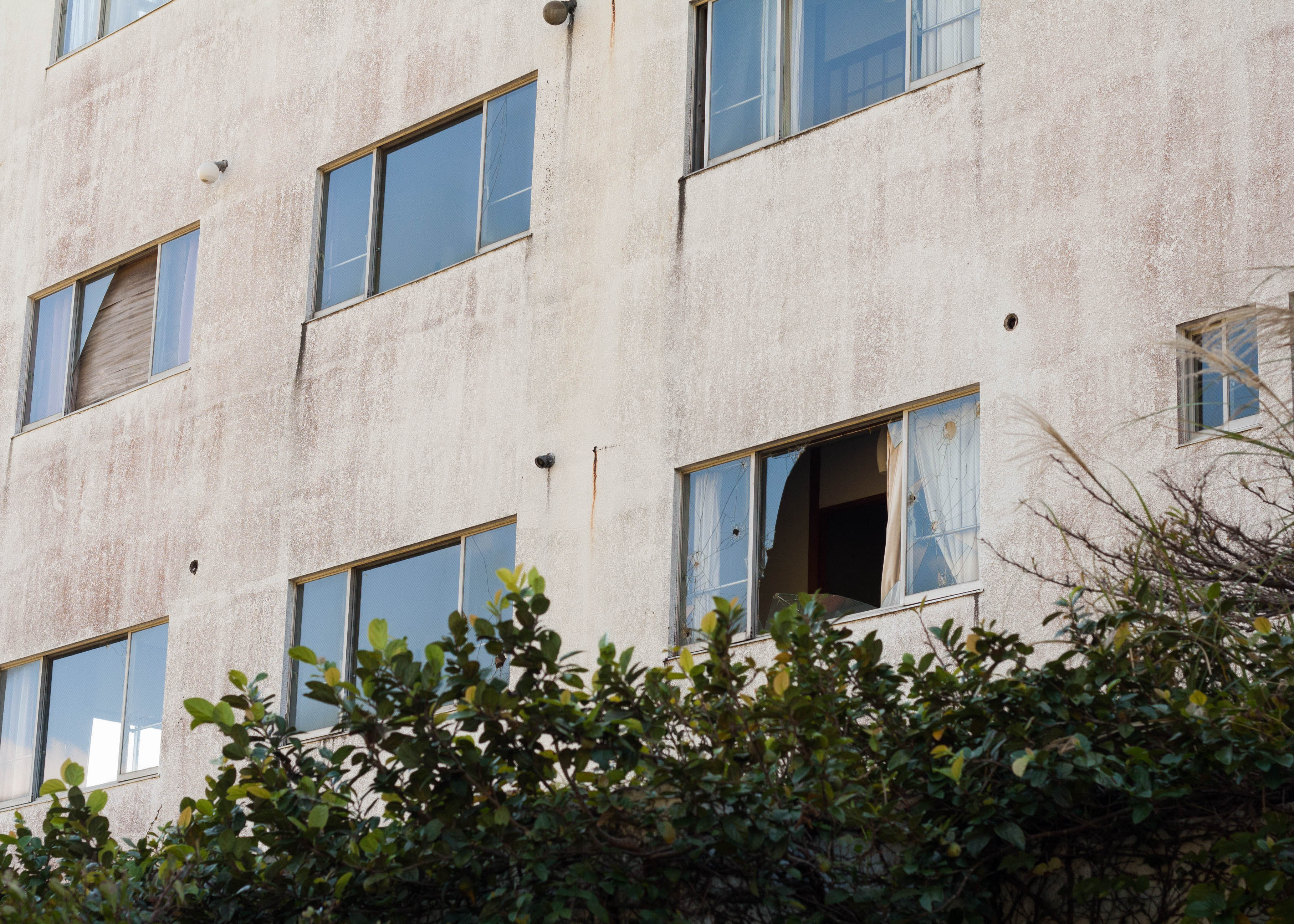 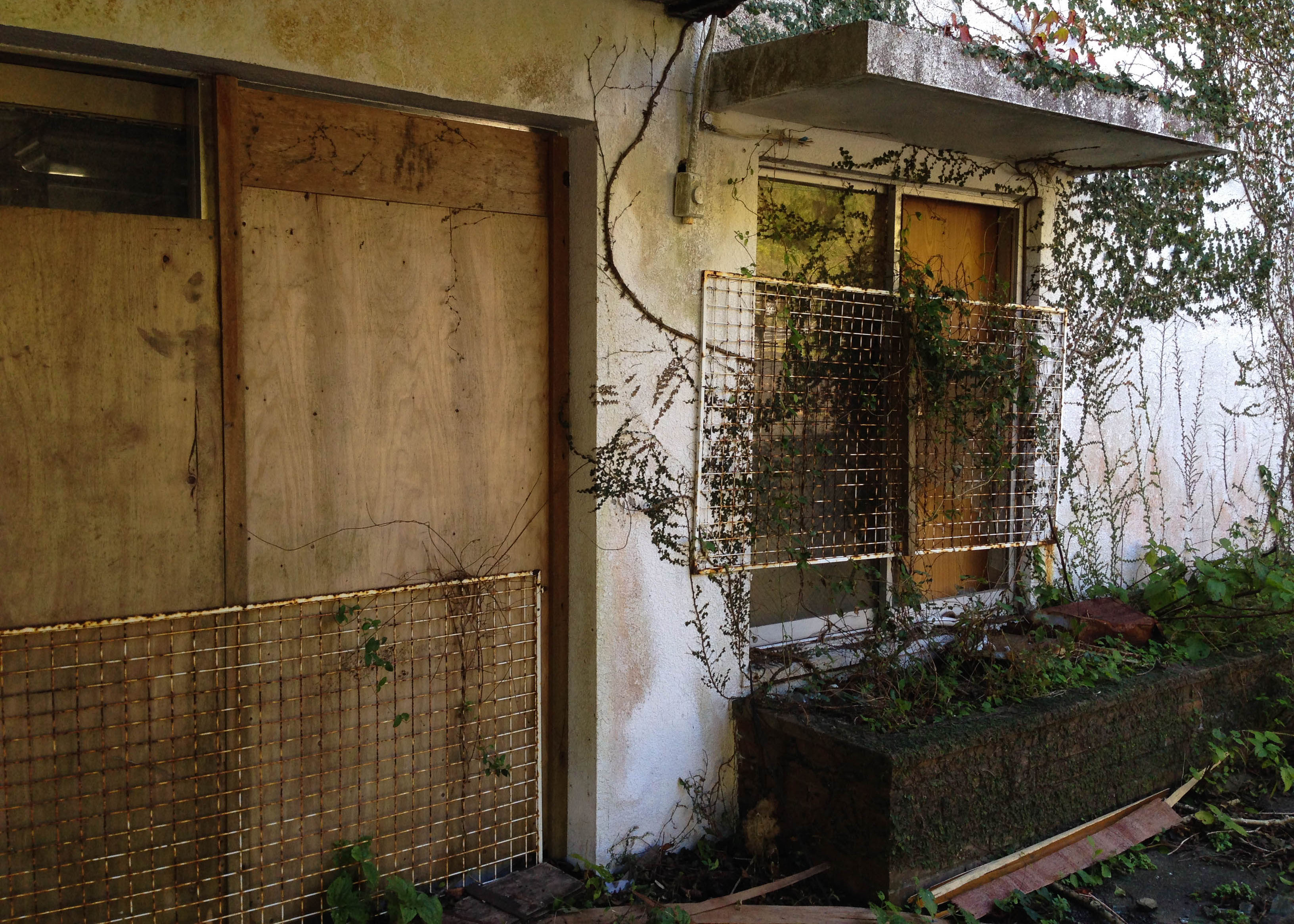 Most of the doorways are boarded up with newish-looking wood, but some of the panels don’t fit so it would be easy to squeeze your way in. But the hotel is technically still private property and being a teacher, one can never be too careful.

I settled on peeping through the glass front doors where my eyes met a very strange scene; a chair in the middle of the room, positioned so that the person sitting in it might look up from their book or newspaper and look out to where I was standing. With the curtains still hung and the soft yellow glow of sunlight peeking in, I could see how it  might once been a warm and inviting place.

I was so lost in thought that I almost didn’t hear Matthew calling.

“Dude, come check this out! Look what I found!”

nice! i have a friend visiting this weekend and was thinking of doing the same thing on saturday and then getting back in time for aoshima`s candle night. do you think it is doable?

Simonereply
– In reply to: Beth

Thanks! If you leave early in the morning I think you’ll be okay. Aoshima is only 1.5 hours or so from Cape Toi, and the Candle Night event only starts around 17:00 (although its open from 15:00). Have fun!