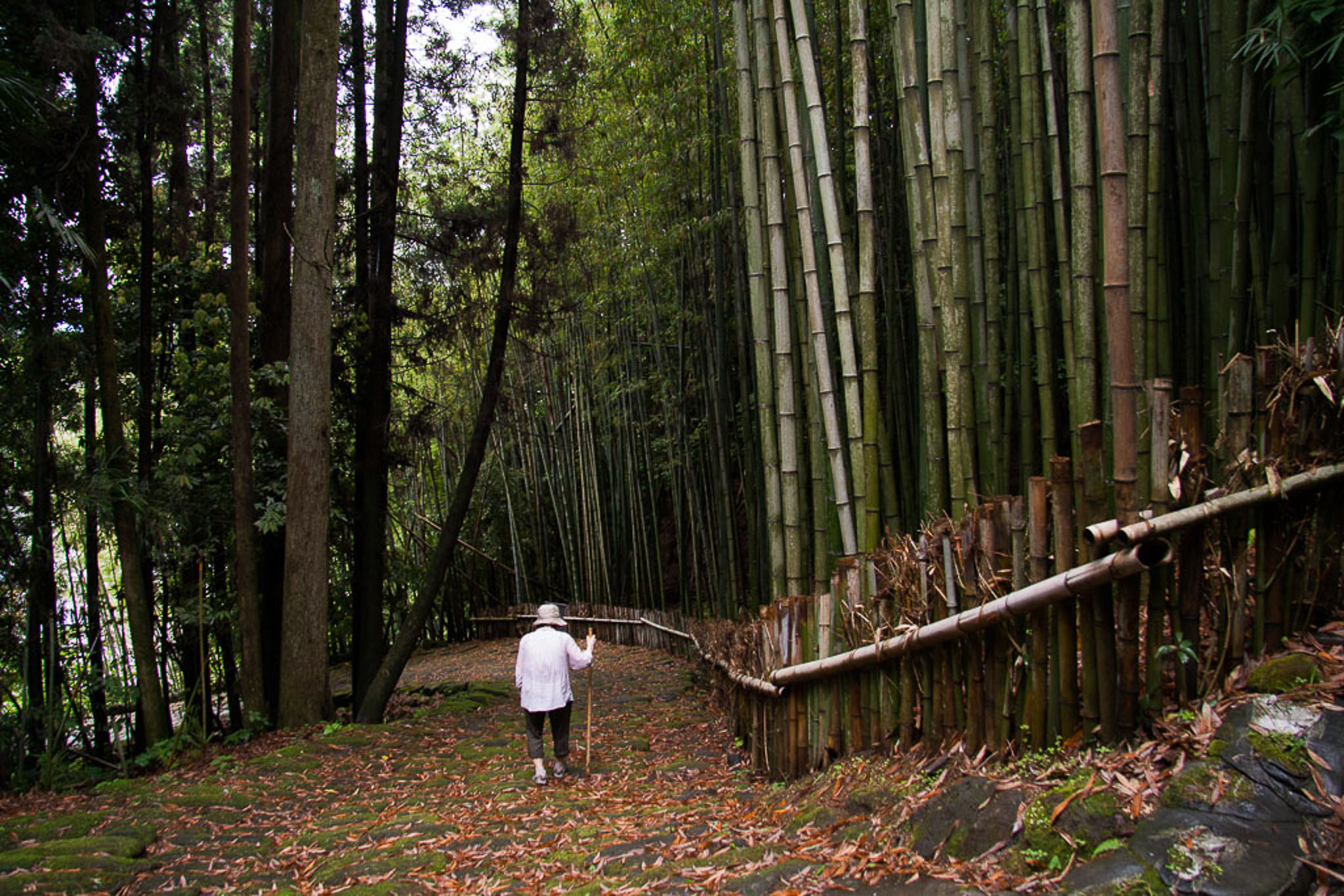 I must have woken up half of the forest with the scream I let rip when I felt my legs giving way beneath me, but Mark grabbed my arm and steadied me before I hit the ground. “Hahaha, you’re so weak,” he retorted with a smile. Three minutes later, he slipped and almost knocked himself out. 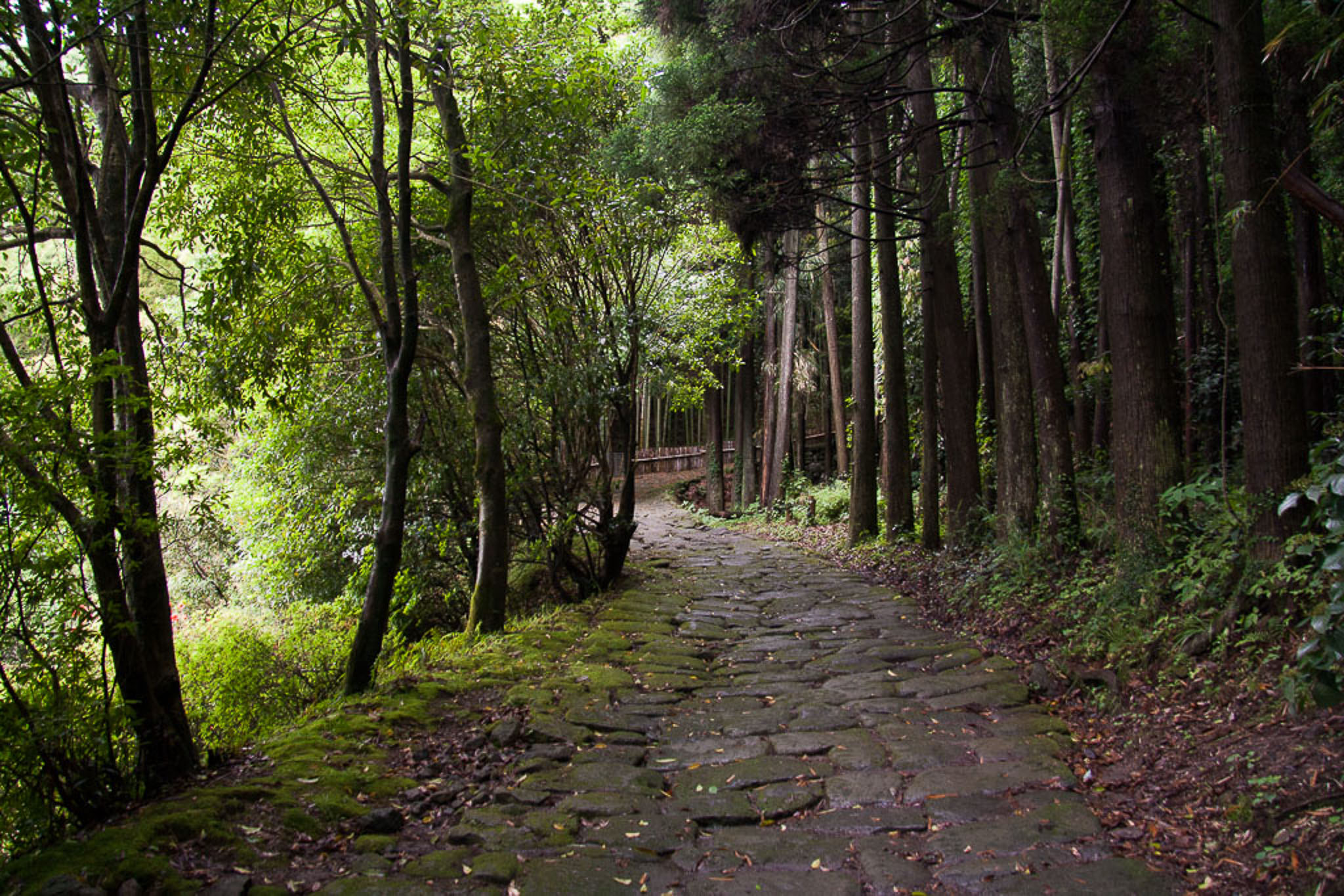 The rain had turned the moss-covered stones of Aira City’s Tatsumonjizaka into a water slide, and we were having trouble keeping our dignity intact as we made our way up the slope. Only 464 meters remain of the once 1,500 m (4291 ft) long, bustling trunk line that served the Satsuma Rebellion in 1877. Originally constructed in 1635, the road was laid using excavated stones from the surrounding mountainside. 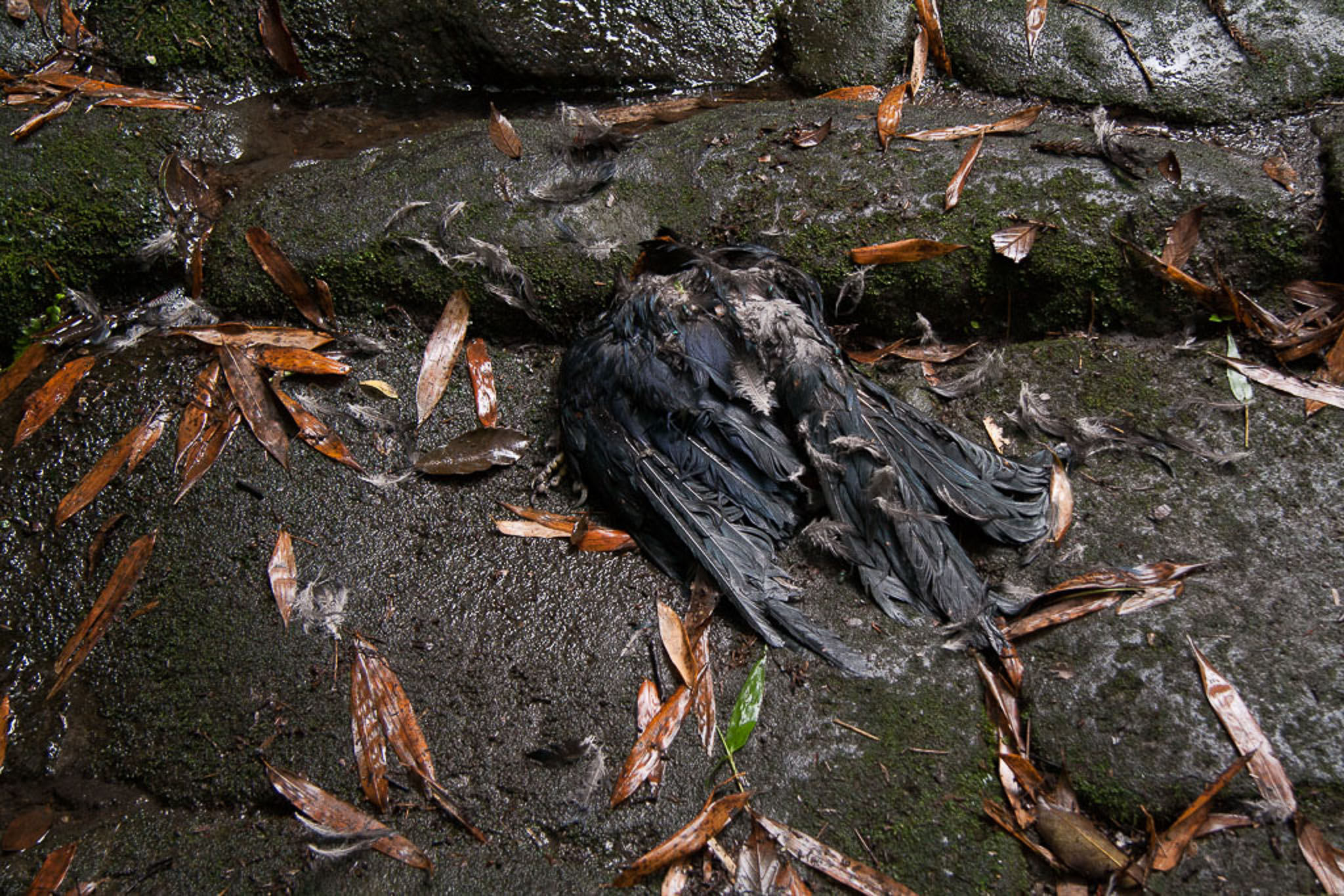 Every May in Kagoshima, the city of Minamisatsuma holds a sand sculpture contest and exhibits the creations as part of a month-long festival. We decided to make a weekend out of the 3 hour journey south and stop for some sightseeing along the way. Aira was our first. 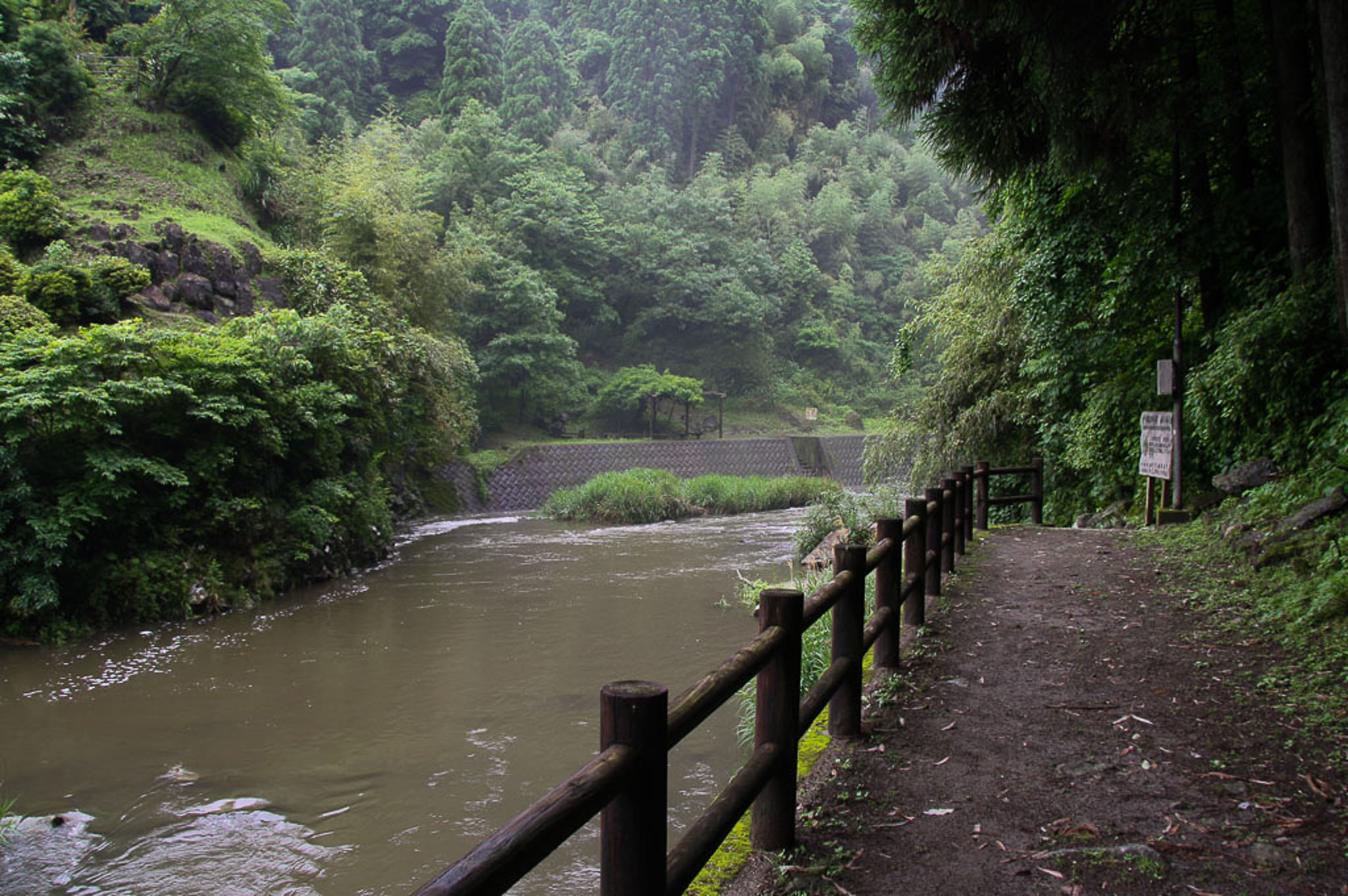 Just 5 years old, the city is the result of a merge between 3 former towns in the district. It is best known as the home of a 4.7 m (15.4 ft) stone gate which commemorates the victory of the Russo-Japanese war. In the surrounding forests, though, are its real gems. 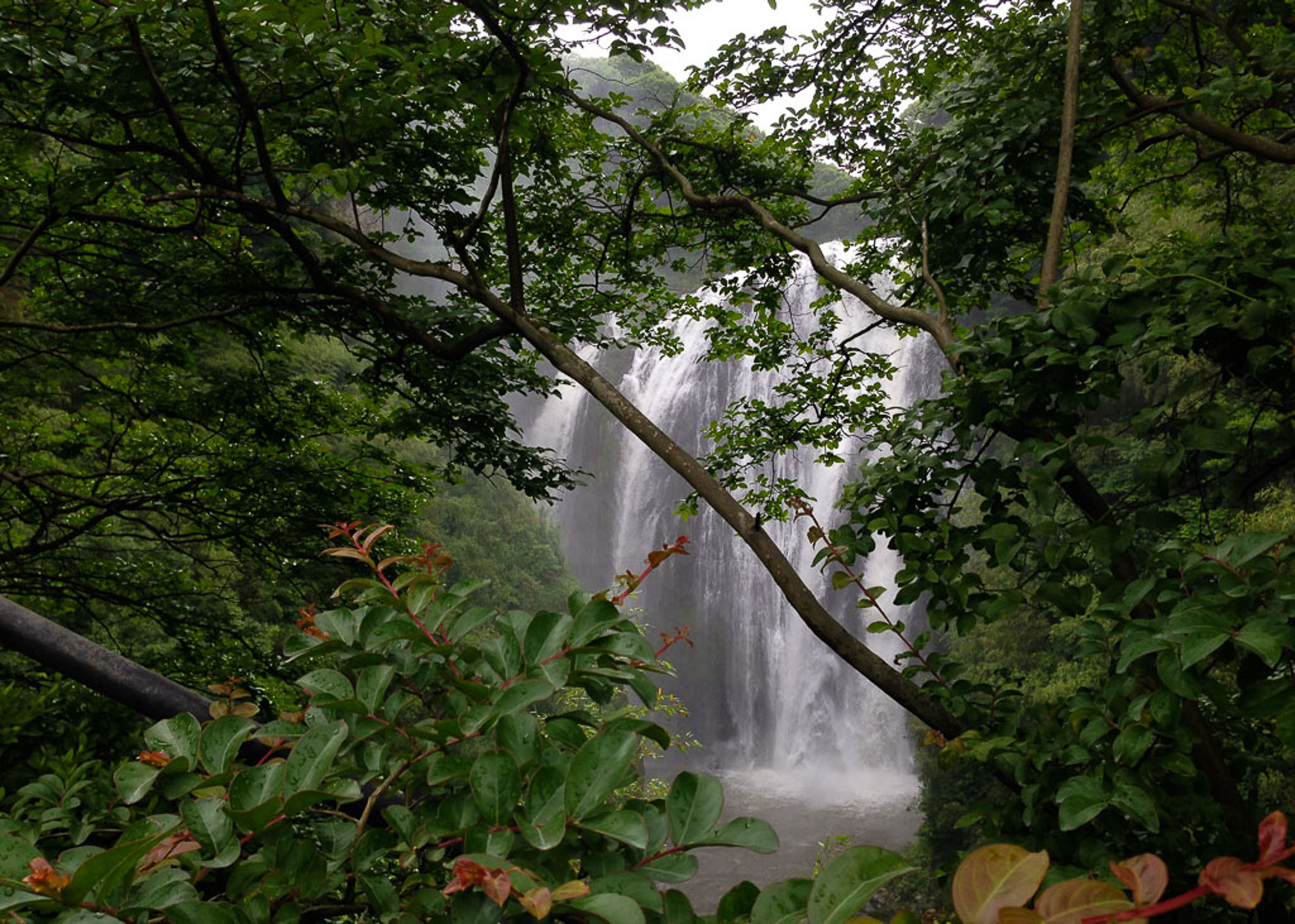 We had started the morning exploring the nearby Ryumon Falls. At 46m (150.9 ft) high, you can catch a glimpse of the waterfall from the Kyushu Expressway, but it is most magical up close. We’d had a bit of trouble finding it since it goes by several names; the sign in the parking lot at the falls reads ‘Ryumon’, but on TripAdvisor its listed as ‘Ryomon’, and other sites refer to it by the English name, ‘Longmen’. 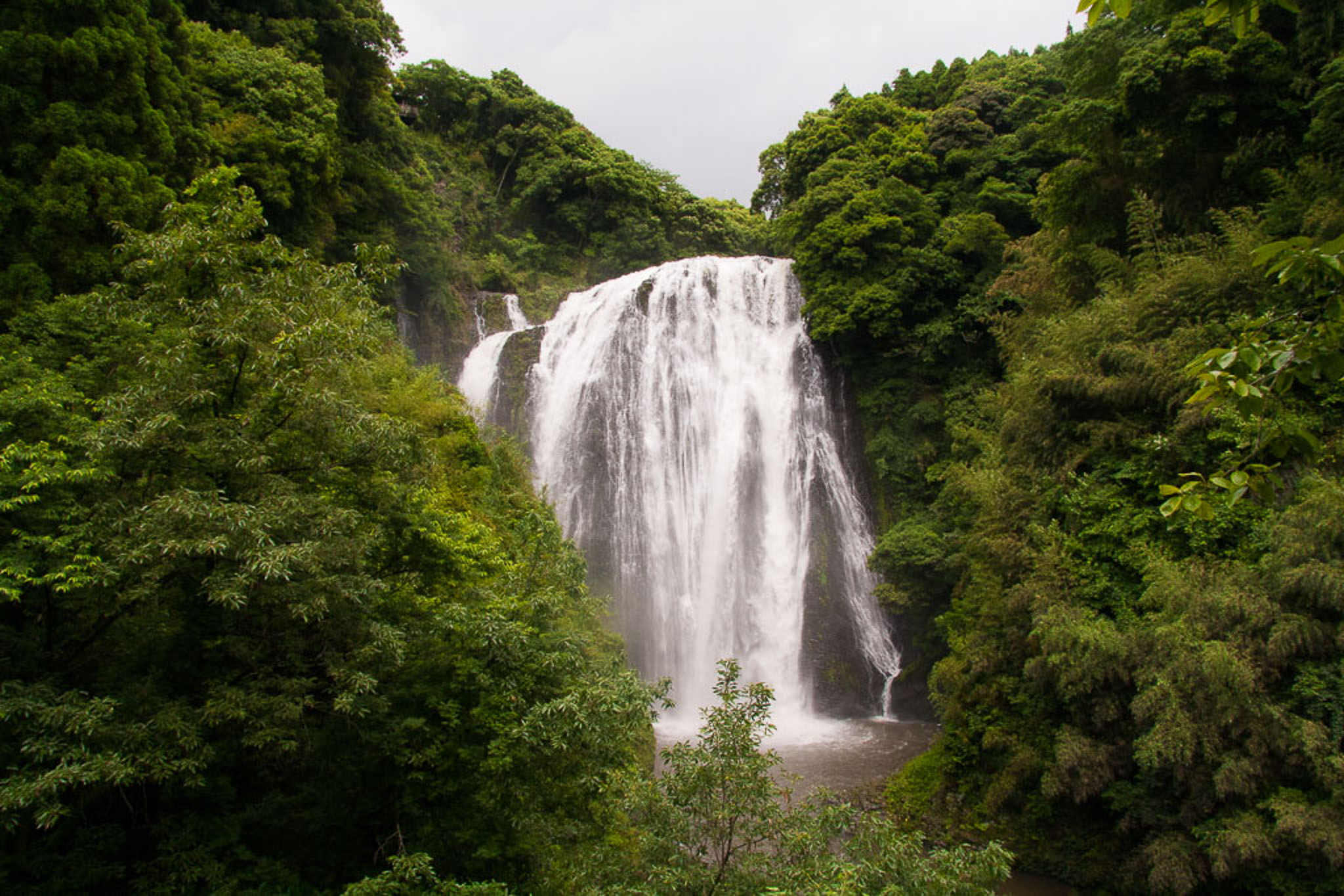 When we eventually found the parking lot, we walked down the wrong side of the river, and ended up at a small beach, just short of a good view. We found a walkway on the opposite side and made our way up to the official viewpoint.

The waterfall is steeped in mystery and legend; one tells of being named by the Chinese for its likeness to one of their own waterfalls. Another tells of the pool below it being home to a group of giant turtles, measuring up to 1.5m (5 ft) in length. 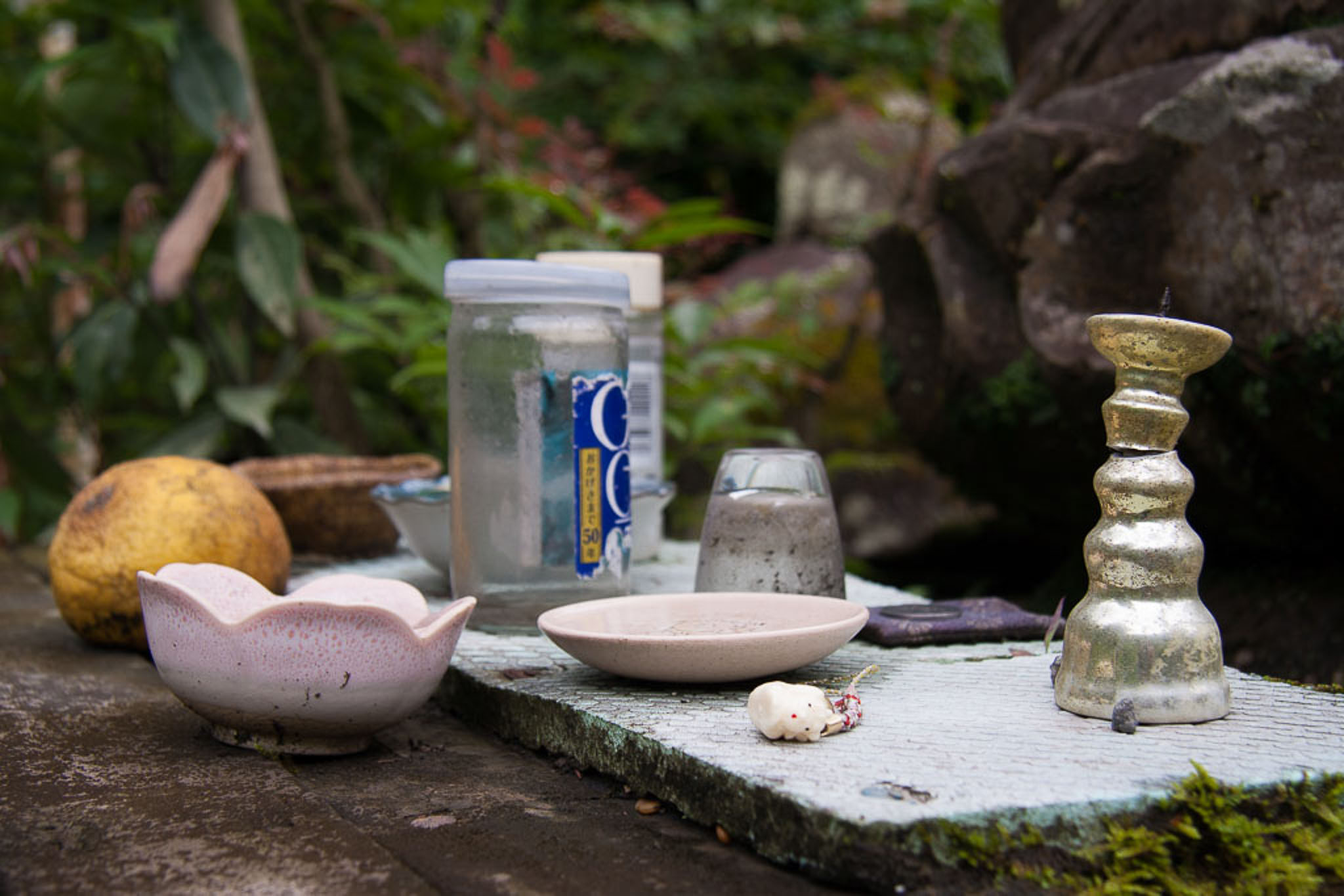 We didn’t see any turtles,  but I enjoyed marvelling at her all the same. The cool spray was a welcome relief from the humidity that overcast days here bring.

A path leads from the waterfall back on to the road and up into the forest where Tatsumonjizaka begins. We had only gone a short way before we began slipping and sliding. 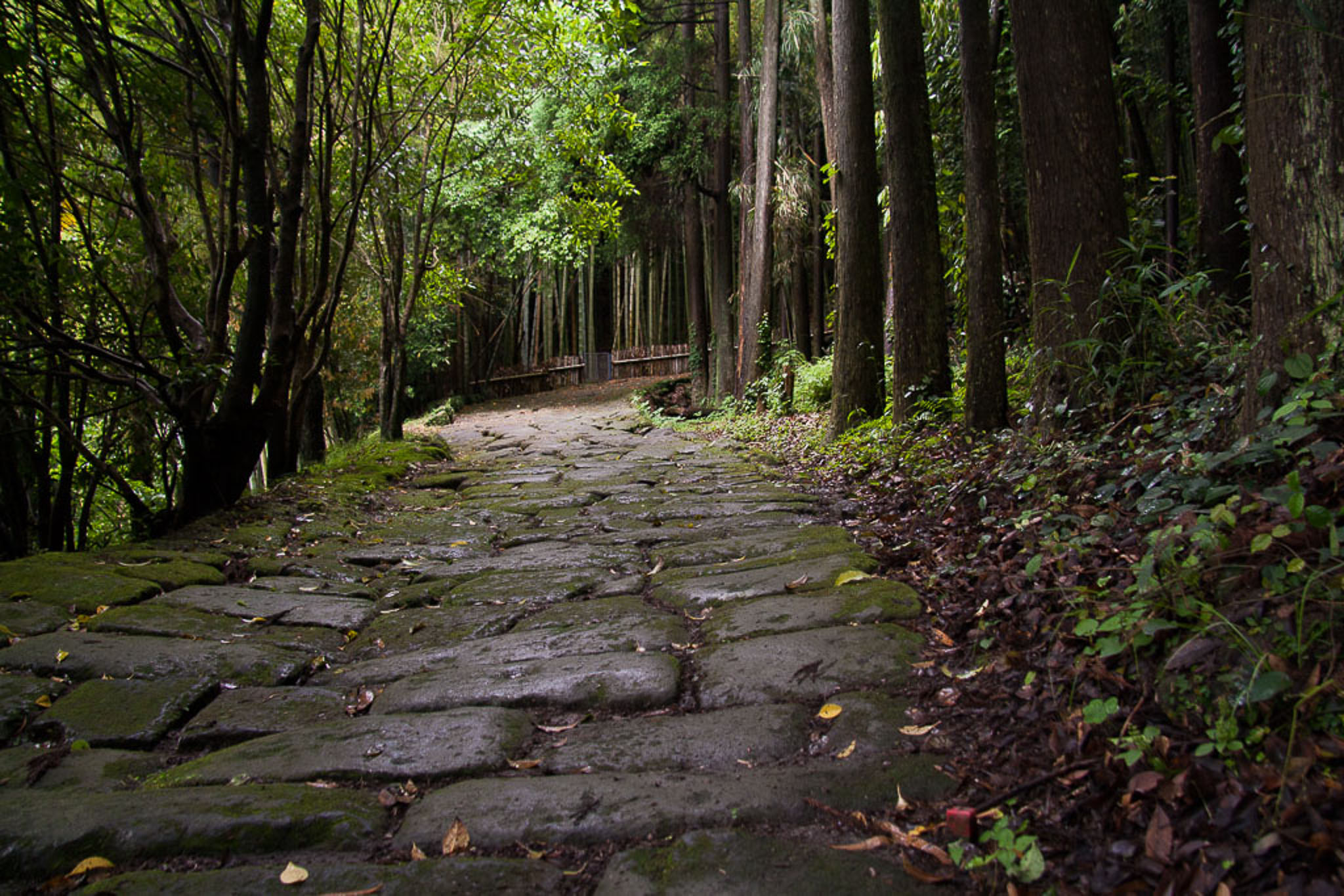 Just then, an obāsan came hobbling around the corner, bent over her hiking stick. She must have been at least 85, but you wouldn’t think so for all the bounce in her step. “Konnichiwa!” Her smiling face appeared out from under her white hat, and then she hobbled off again. Well if she can do it, we really shouldn’t be complaining, I thought aloud. 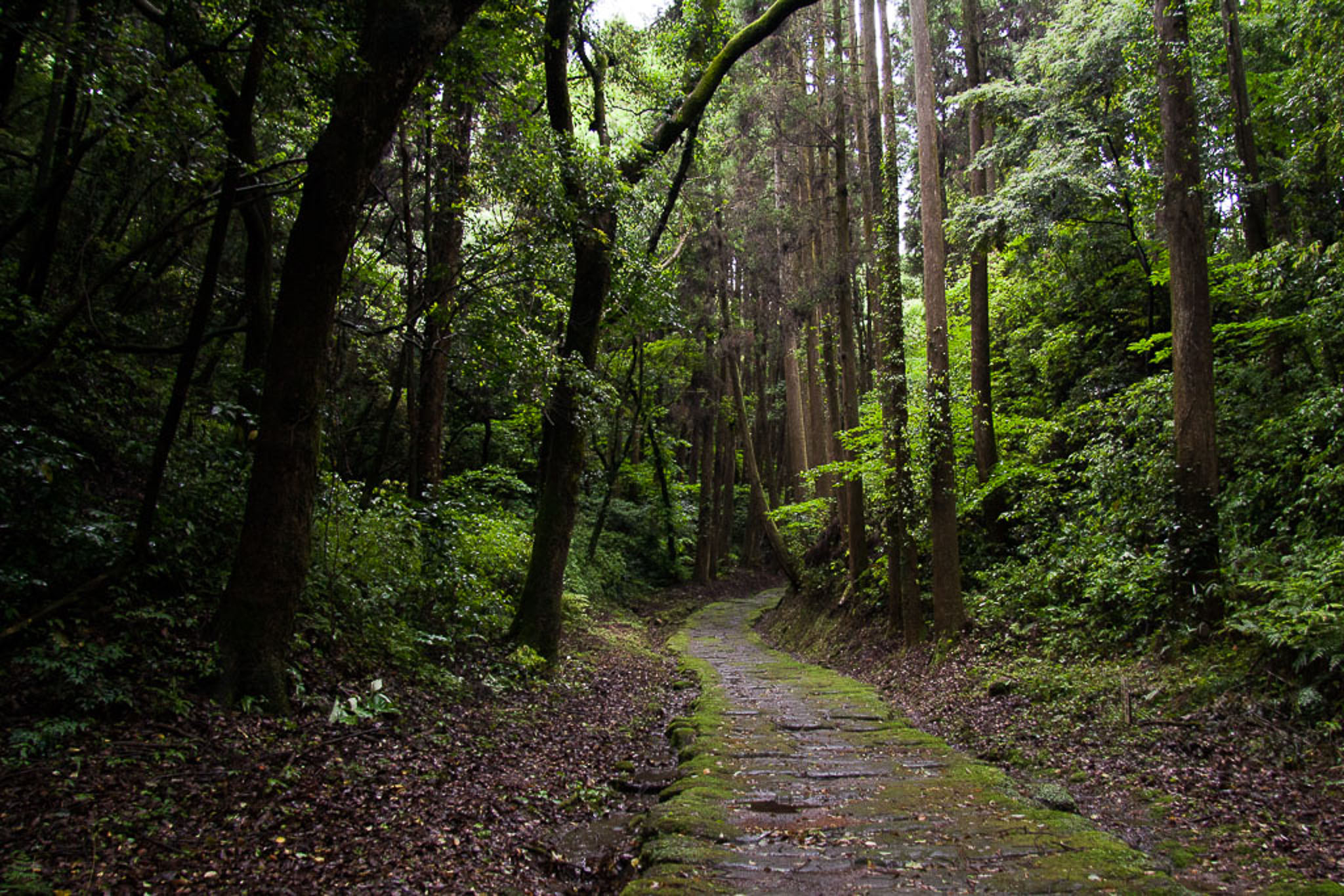 We made it all the way to the top, and despite our tottering, I was glad we did. It’s a beautiful walk, if you ignore all the mozzies. We followed a (tarred) road back down to the bottom and went for one last look at the falls before getting back on the road. 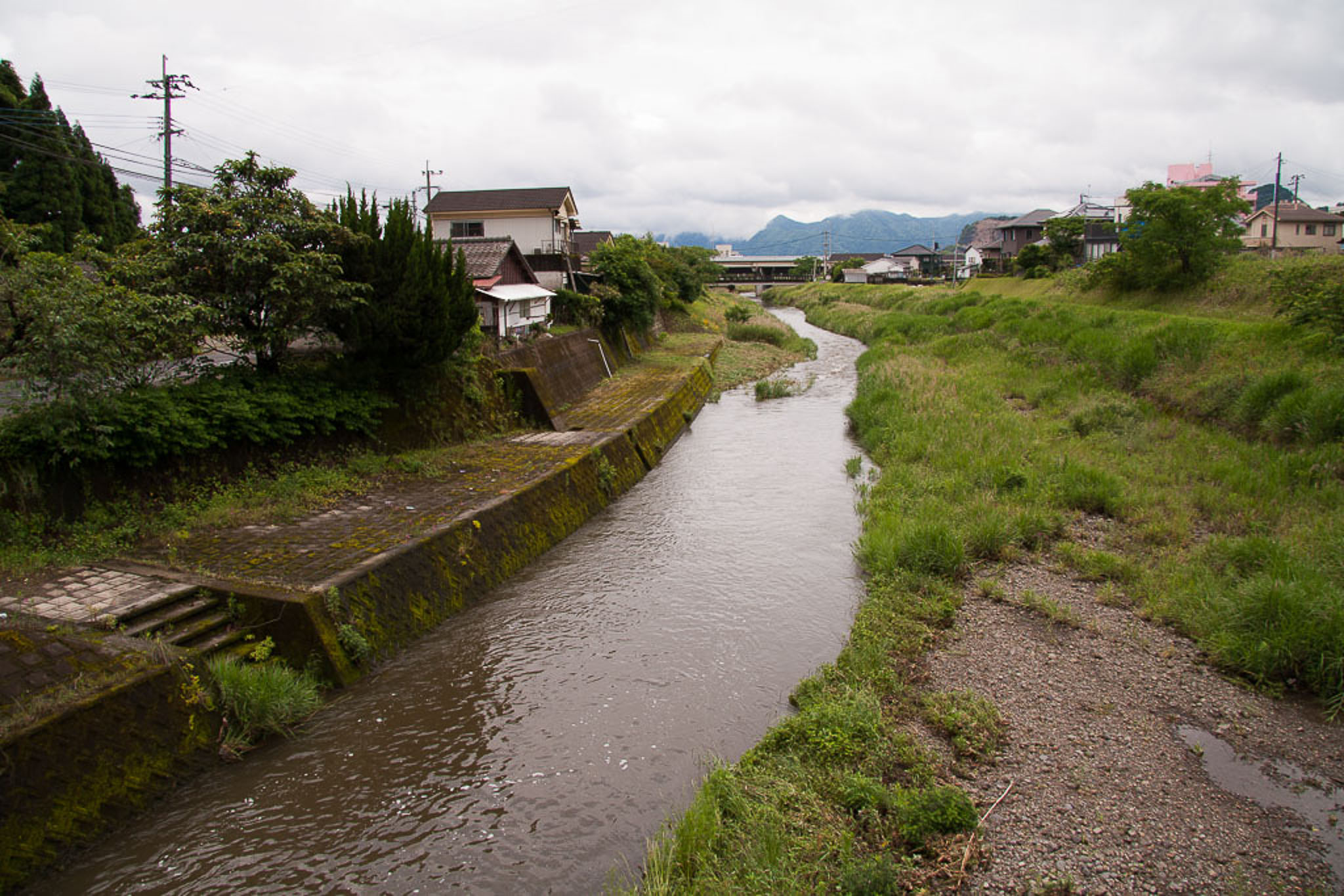