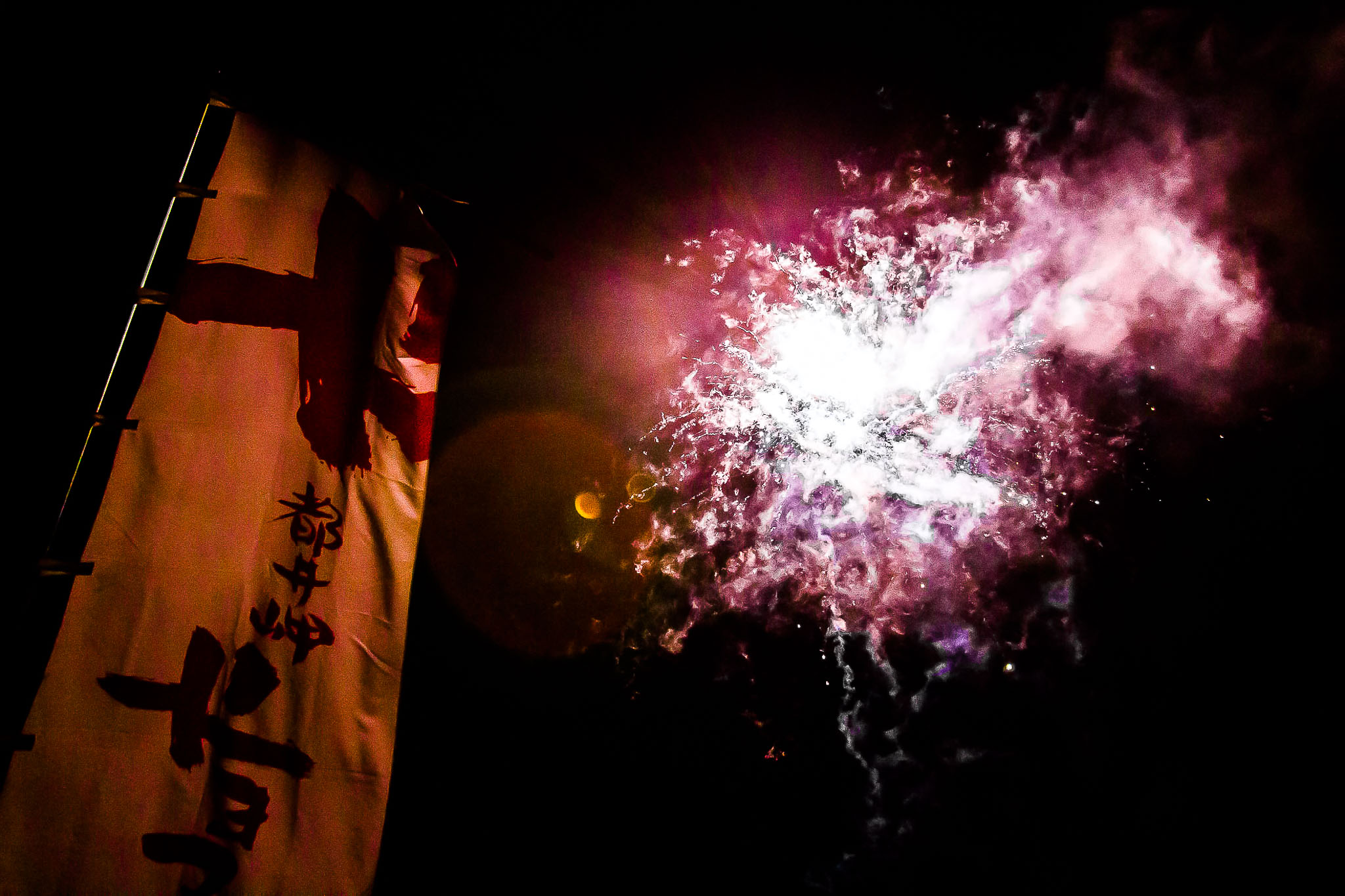 “I don’t see anything.”
“Just wait for the next wave. Ok, now go! Move your hand around!”
A tiny spec of blue suddenly appeared under the water.
“Woah! I see one! There’s another one!”
Mermaid fireflies, dancing around our hands and legs.
“Holey shit, that’s cool!”
It had been a really long day, but I immediately forgot I was tired. It was going to be a great night; I could just feel it.

On the last Saturday of August, Danielle and I packed up my old but trusted Kei, Anene, and headed out for the long drive to the southernmost tip of Miyazaki prefecture, picking up Austin and Alicia on the way. Cape Toi is one of my favourite places in Kyushu, but I had yet to experience its single most popular event – the annual Toimisaki Fire Festival. 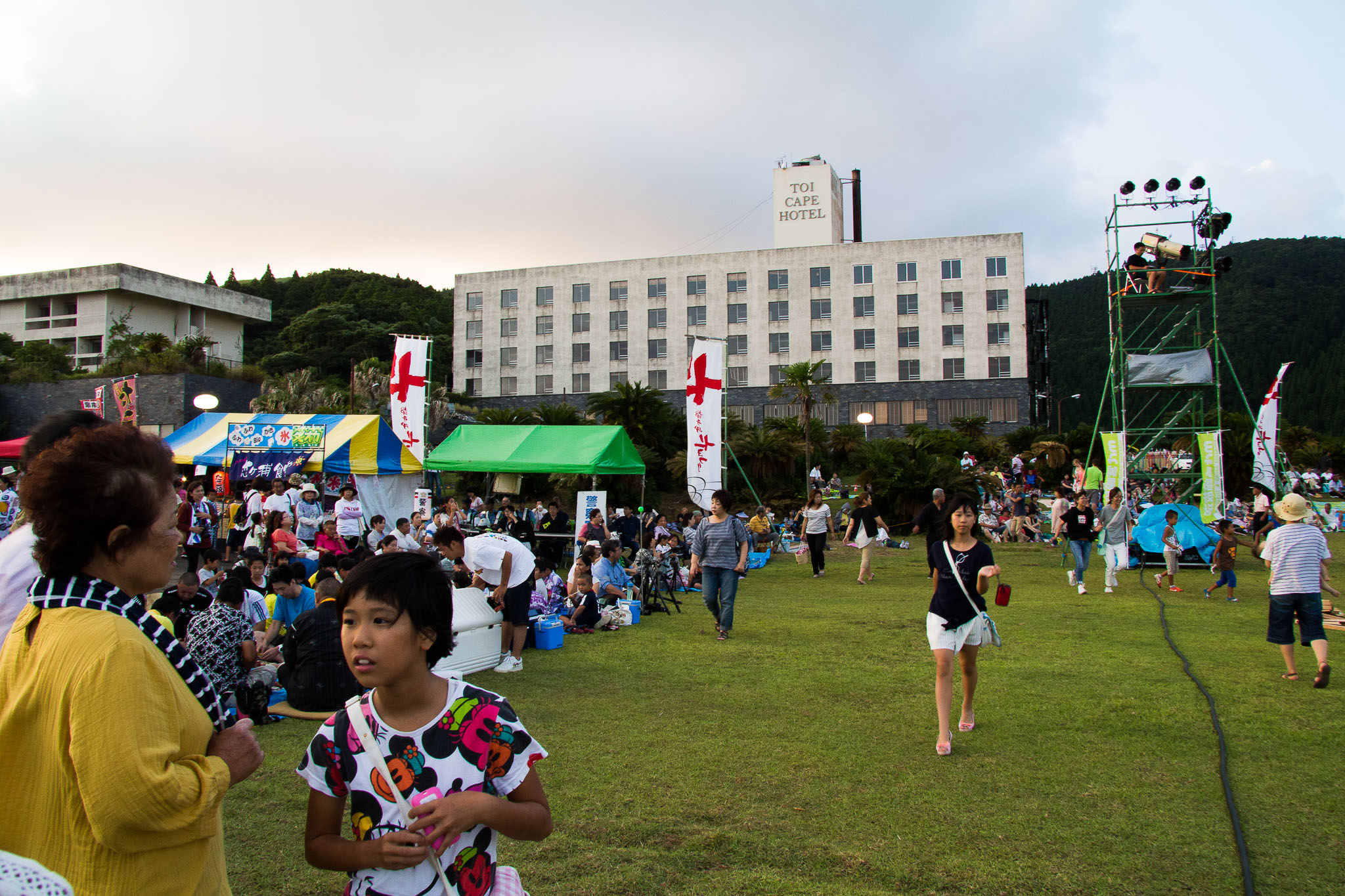 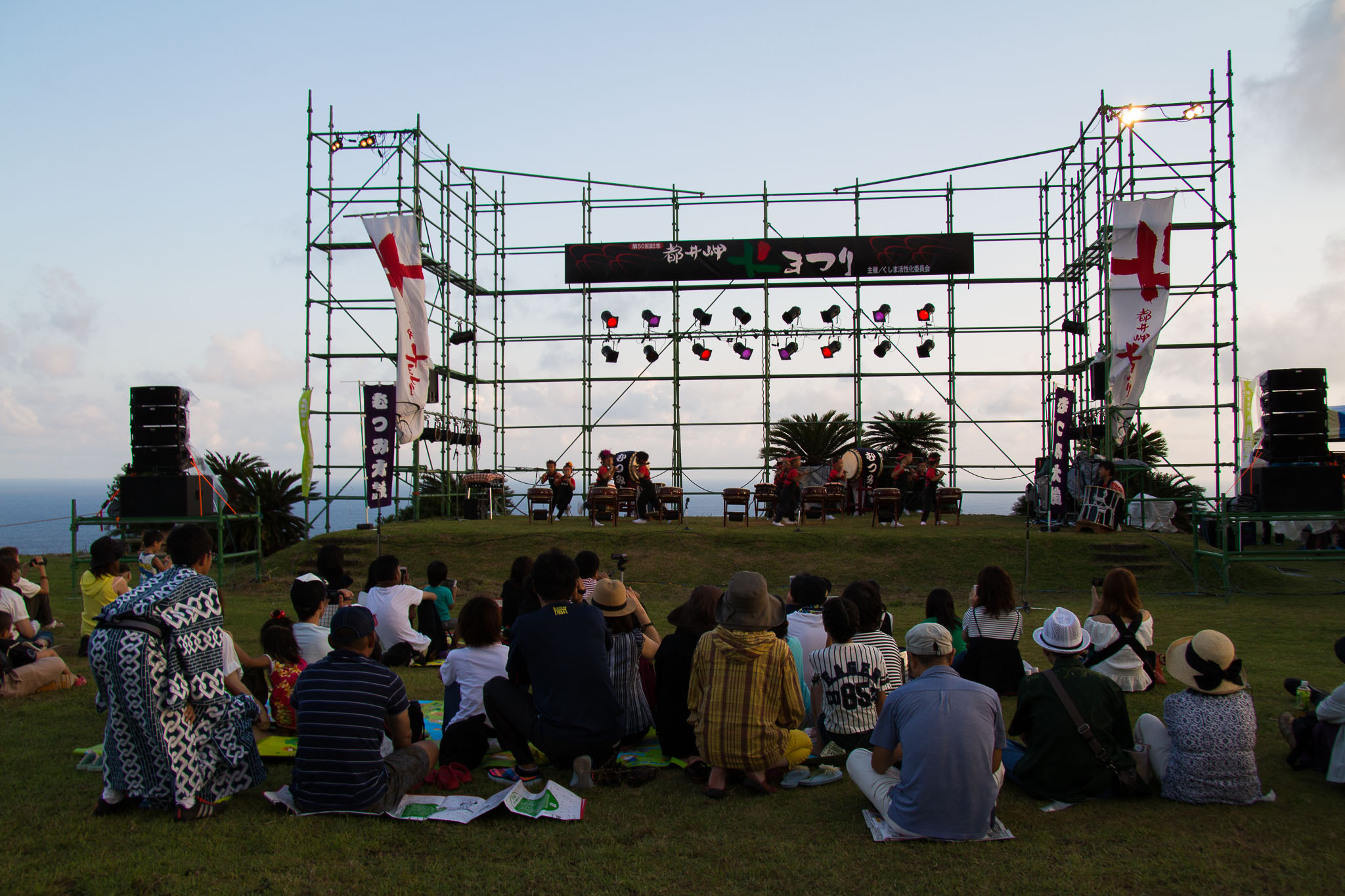 More a ritual than a festival, the event honours an old legend which tells of a monk who defeated the giant serpent that was terrorizing the local population by throwing a torch into its mouth.

A 30-meter pine tree is erected to represent the serpent, and volunteers throw flaming torches at its center until they set it alight. Once the tree is ablaze, it sets off a fireworks display and comes crashing to the ground.

But before all the excitement, of course, comes a lot of waiting. Danielle and I found a nice spot to set up our tarp while the others went to explore for a bit. Cape Toi is home to a population of wild Misaki horses and its many hills offer extraordinary views of the Hyuga-nada Sea. 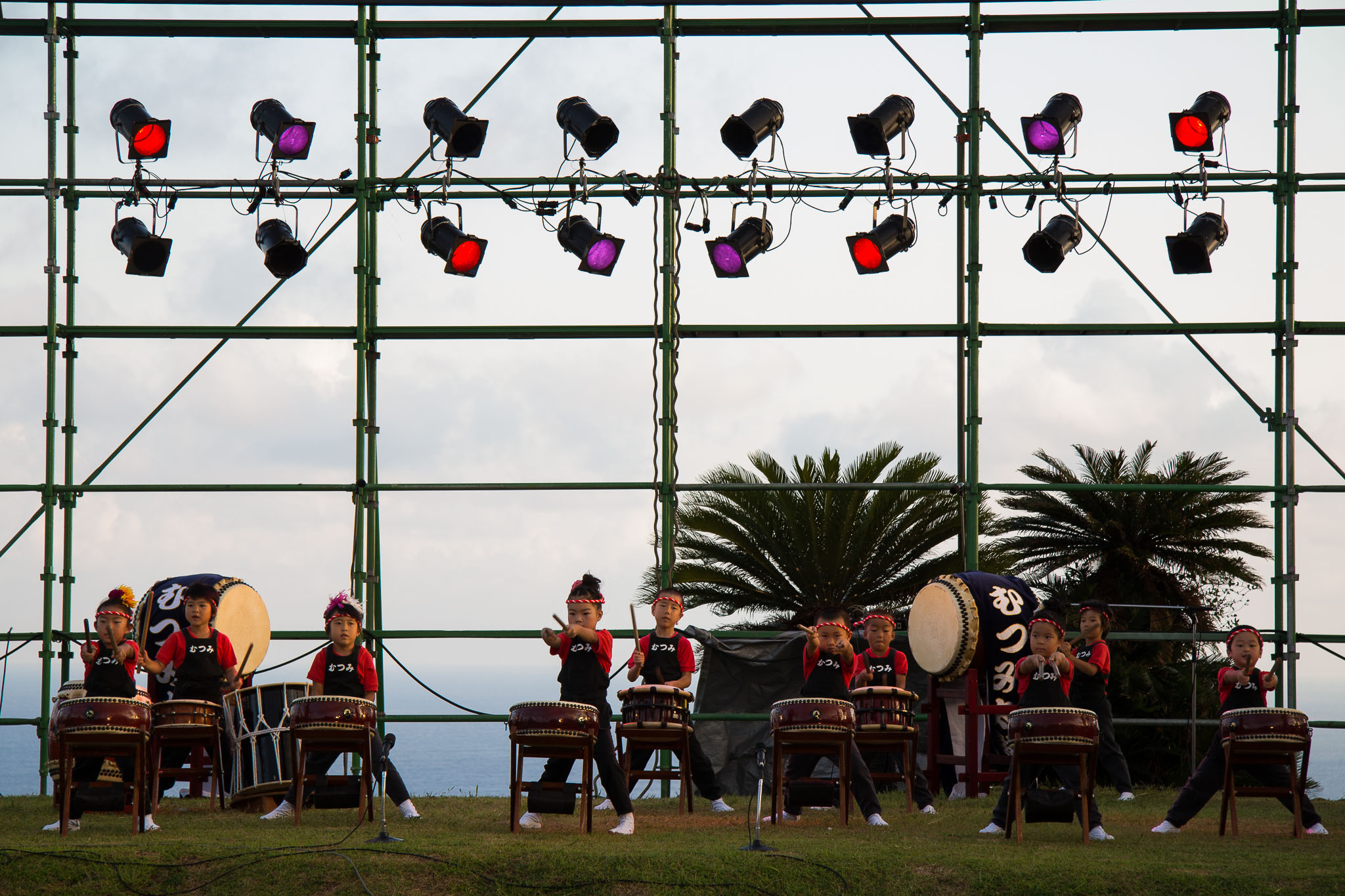 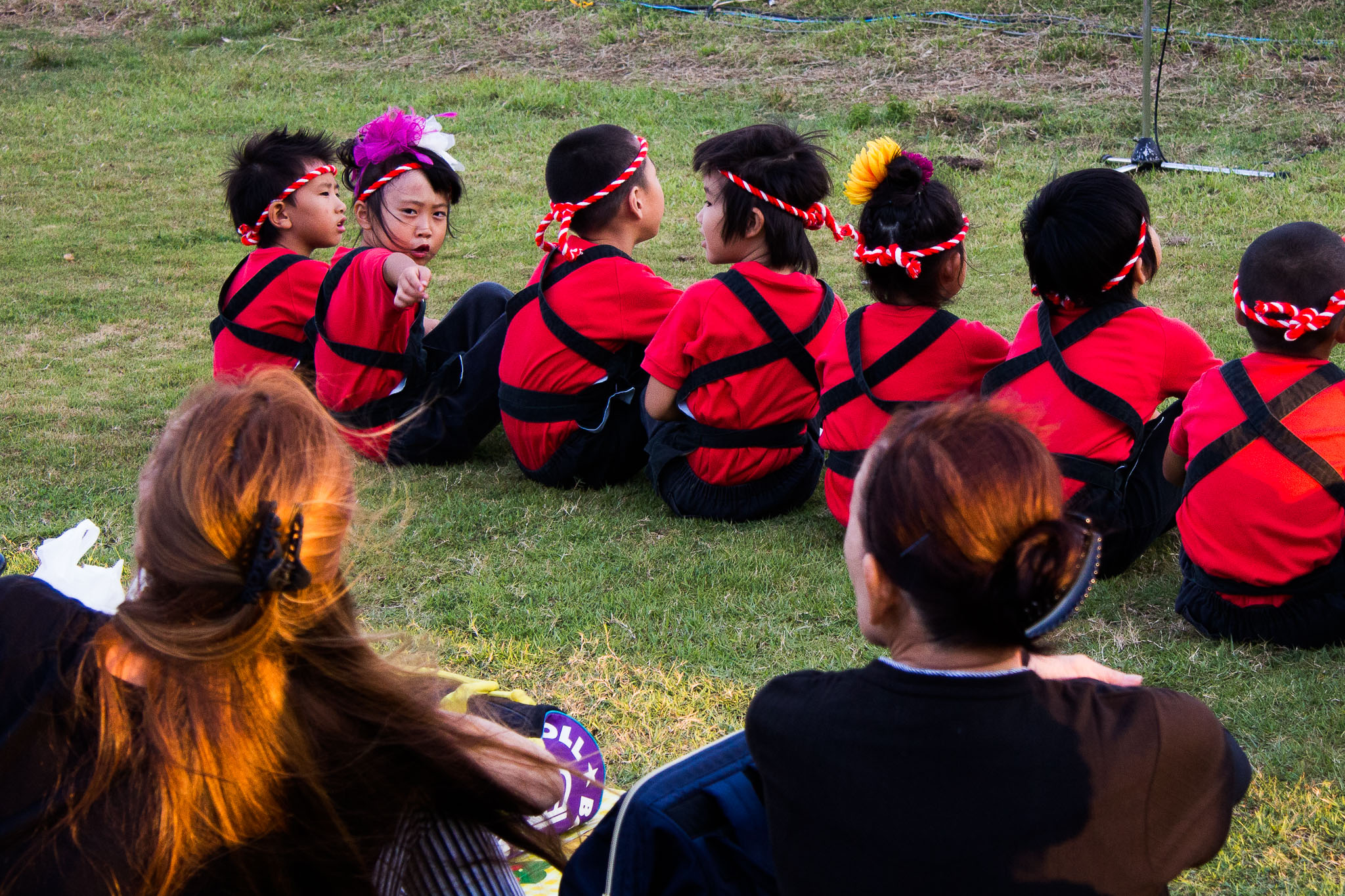 I was content to laze about in the sun for a bit. A strong, cool wind made the rays unusually bearable, and, this way, we got to preview the different live acts that were set to perform later through their sound checks.

As we munched on our haul, sipping on fresh guava juice (real, actual guava juice!!), and enjoying a taiko performance, the sun began to lower in the sky. By the time the father-and-son drumming duo we had been waiting for took to the stage, it was almost completely dark. 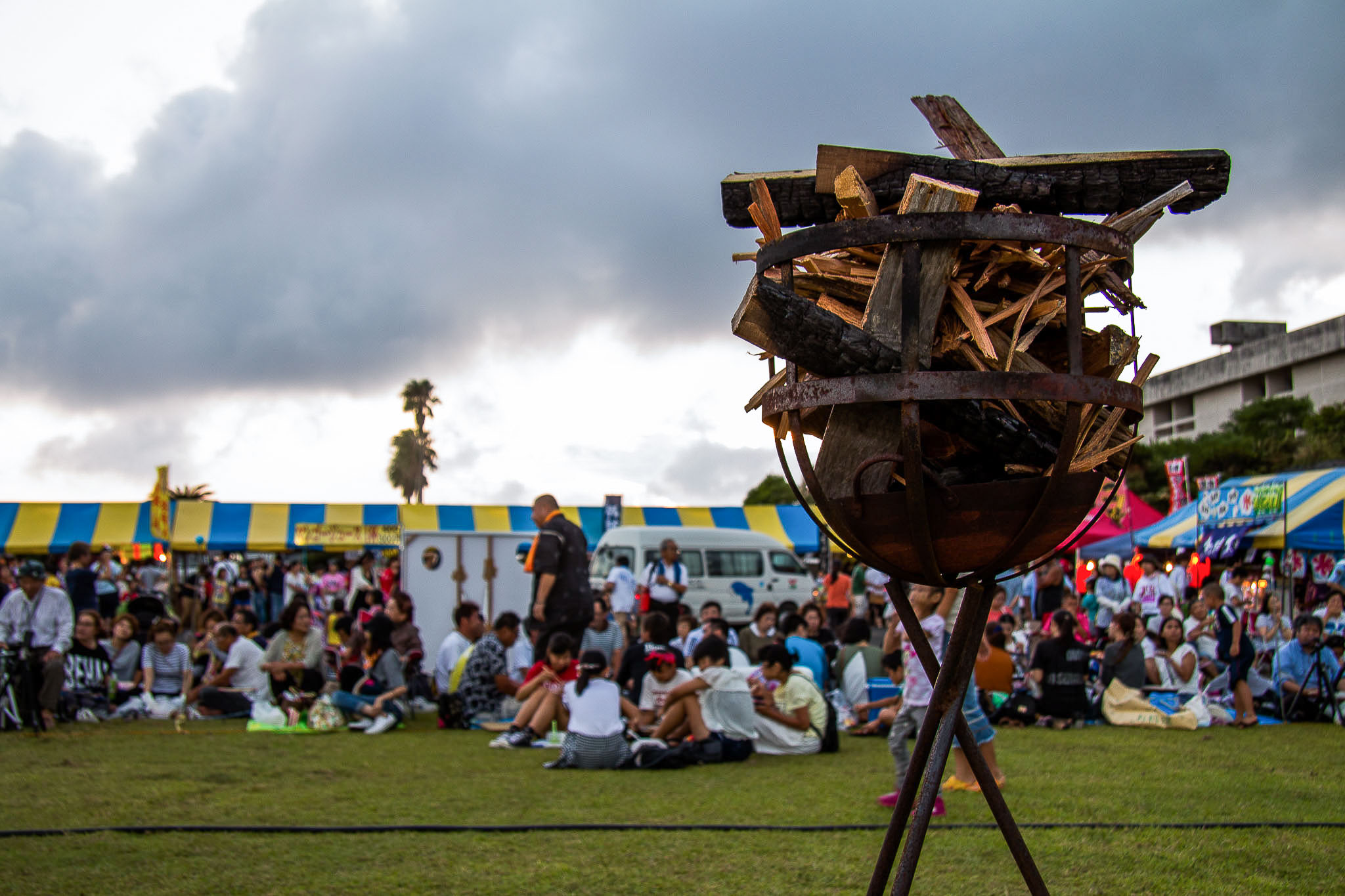 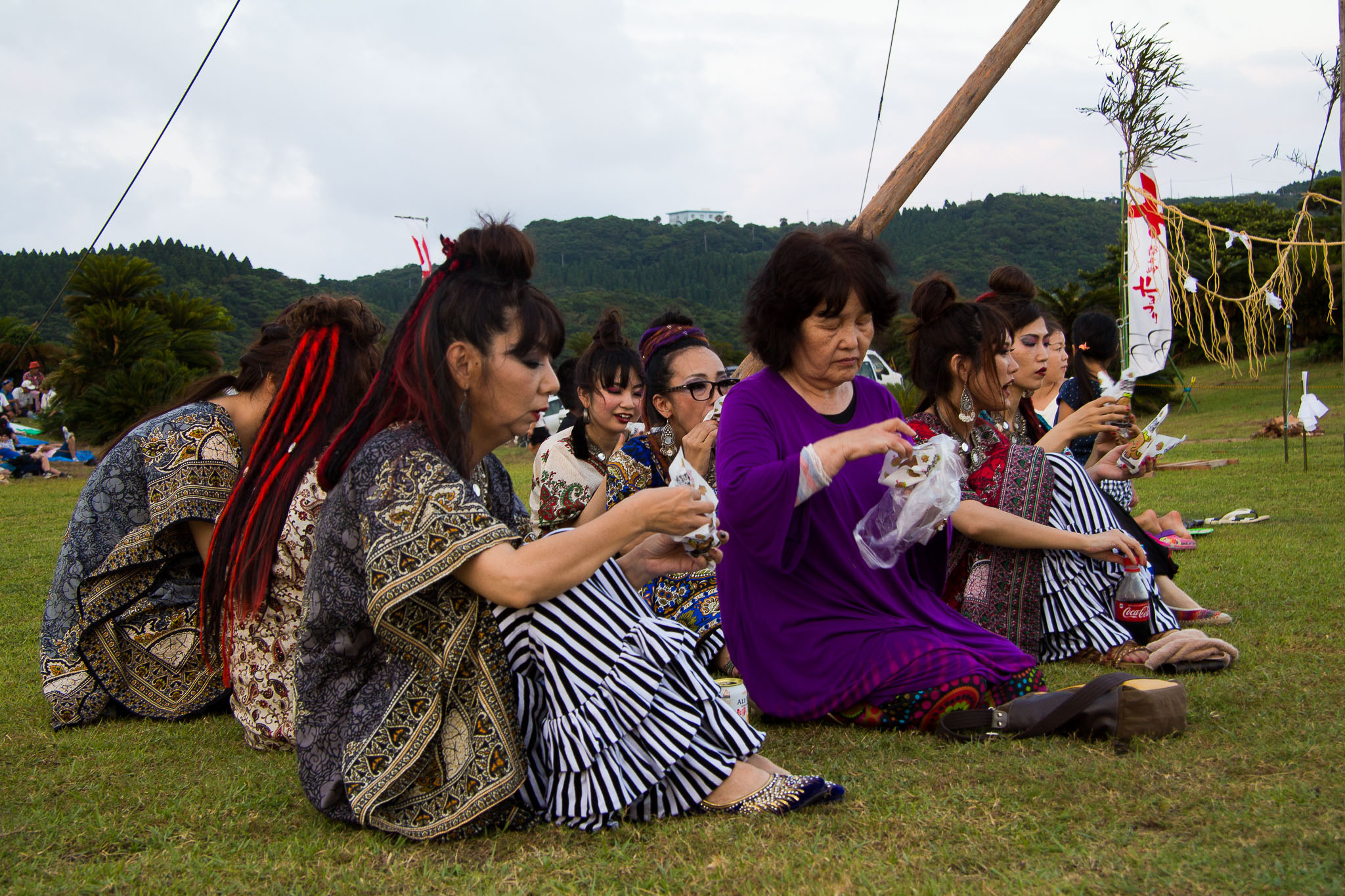 As it turns out, they were just an accompaniment to the real act: poi dancing! Suddenly I was transported back to my days in Grahamstown, South Africa, where the fire throwing was something of a Saturday night ritual.

I looked up to find the poi master waving me over. It was Kenjiro, whom I’d met once before at a house party in the city. I smiled then, knowing we were in for a treat. 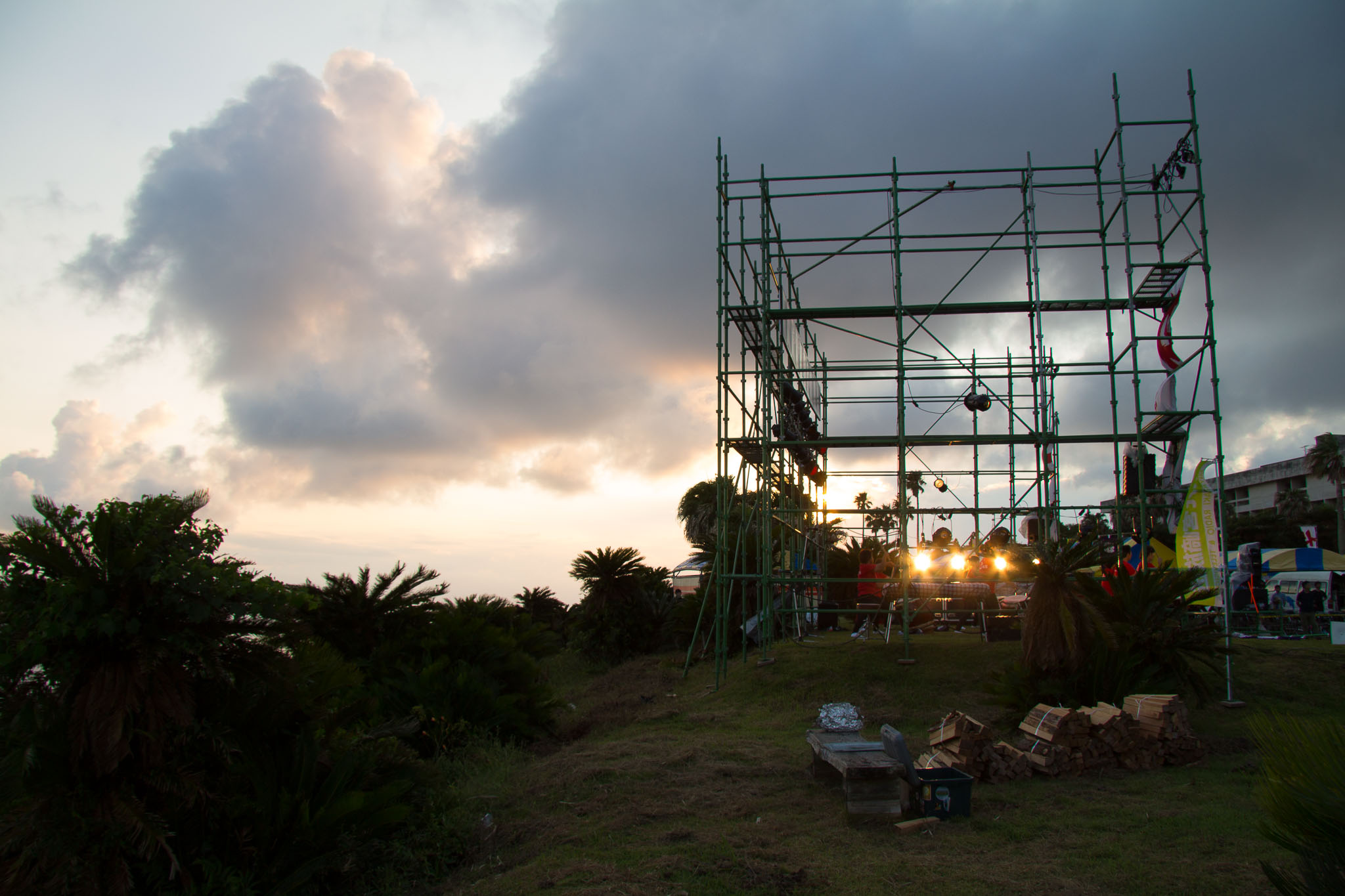 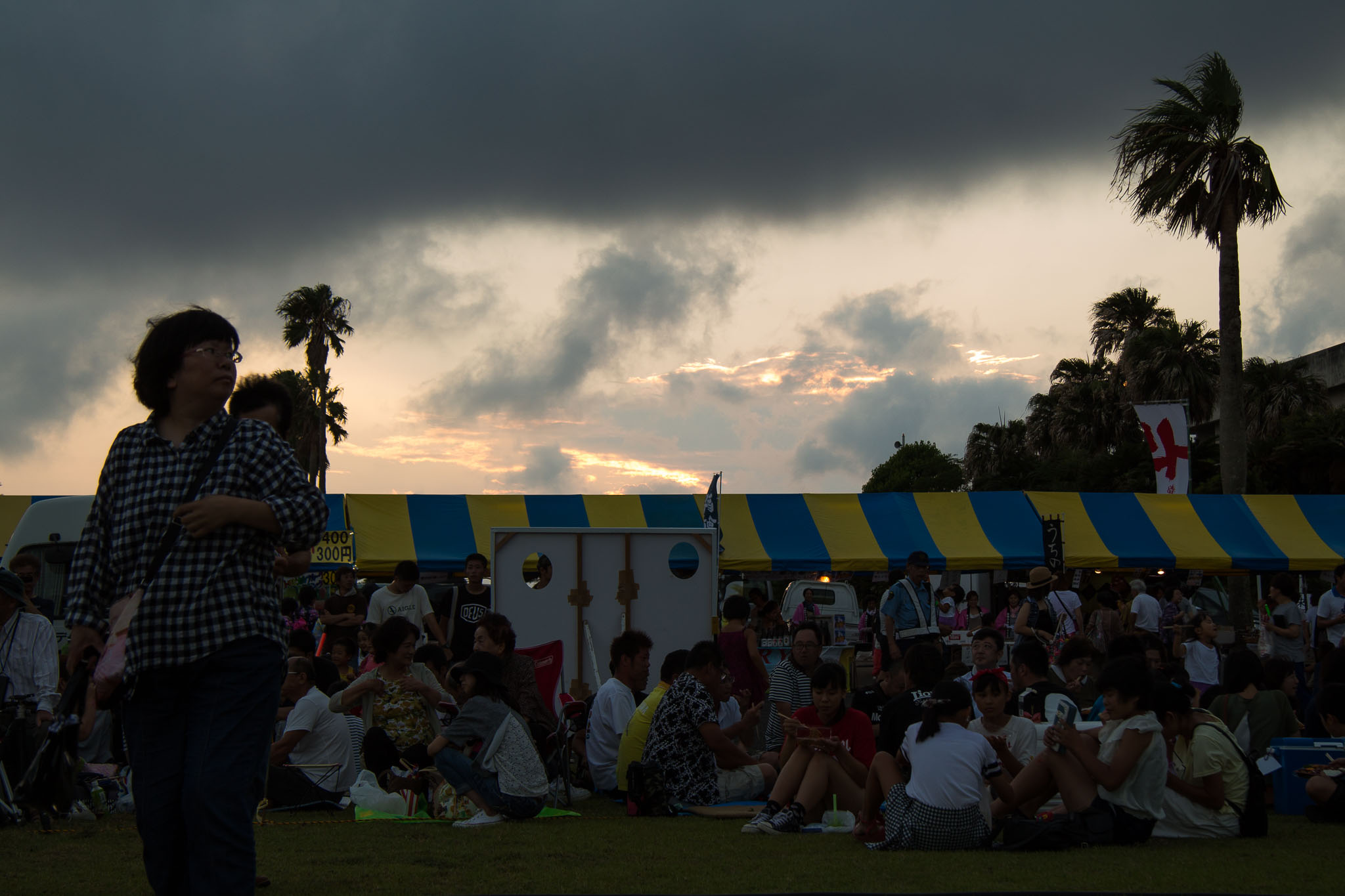 When we got back to the tarp, our little group of 4 had grown into a sizeable crowd, which we settled into to watch the main event.

Giant torches surrounding the tree were lit and a procession of dancers entered the arena. They dipped their individual torches into the big pits of fire and then took turns hurling their fireballs at the tree.

The crowd tensed up as each was sent racing for the top, and then let out a collective sigh when, one after the other, they missed. 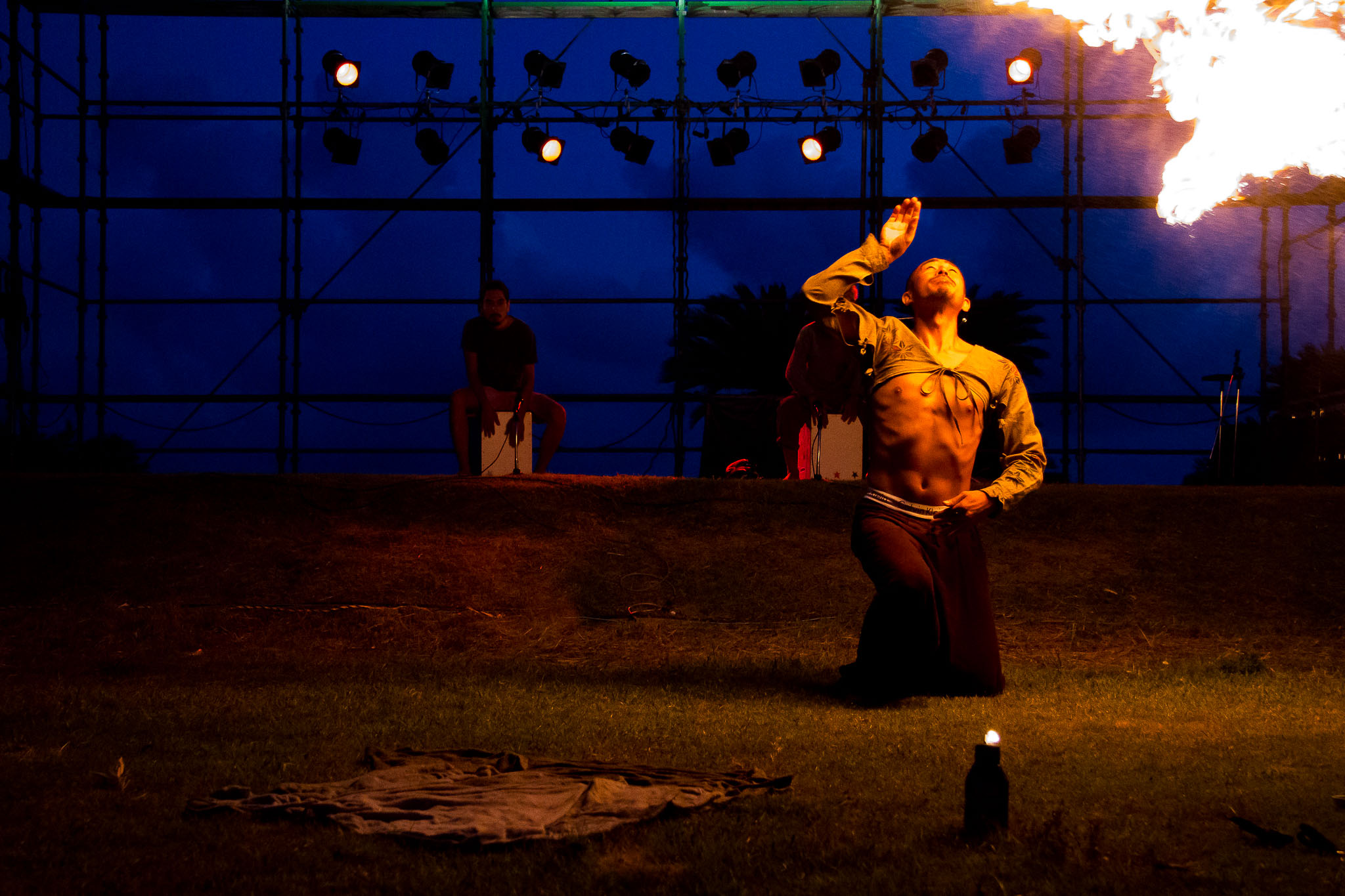 Some of the balls landed right on the edge of the crowd, making each attempt increasingly more terrifying, and thrilling, to watch. Eventually, after 16 straight minutes, the tree finally turned white.

The fireworks show was over as suddenly as it began; I was not expecting the festival to end on such an abrupt note. A part of me was kind of bummed it was over so soon – there had been such a build up – but then I reminded myself the festival was only part of our adventure.

The plan was to set up camp at Ishinami Beach and then take the ferry over to Kojima Island the next morning. We hauled our troops together, divided ourselves up among the cars between us and set off in convoy to our final destination. Or so we thought. 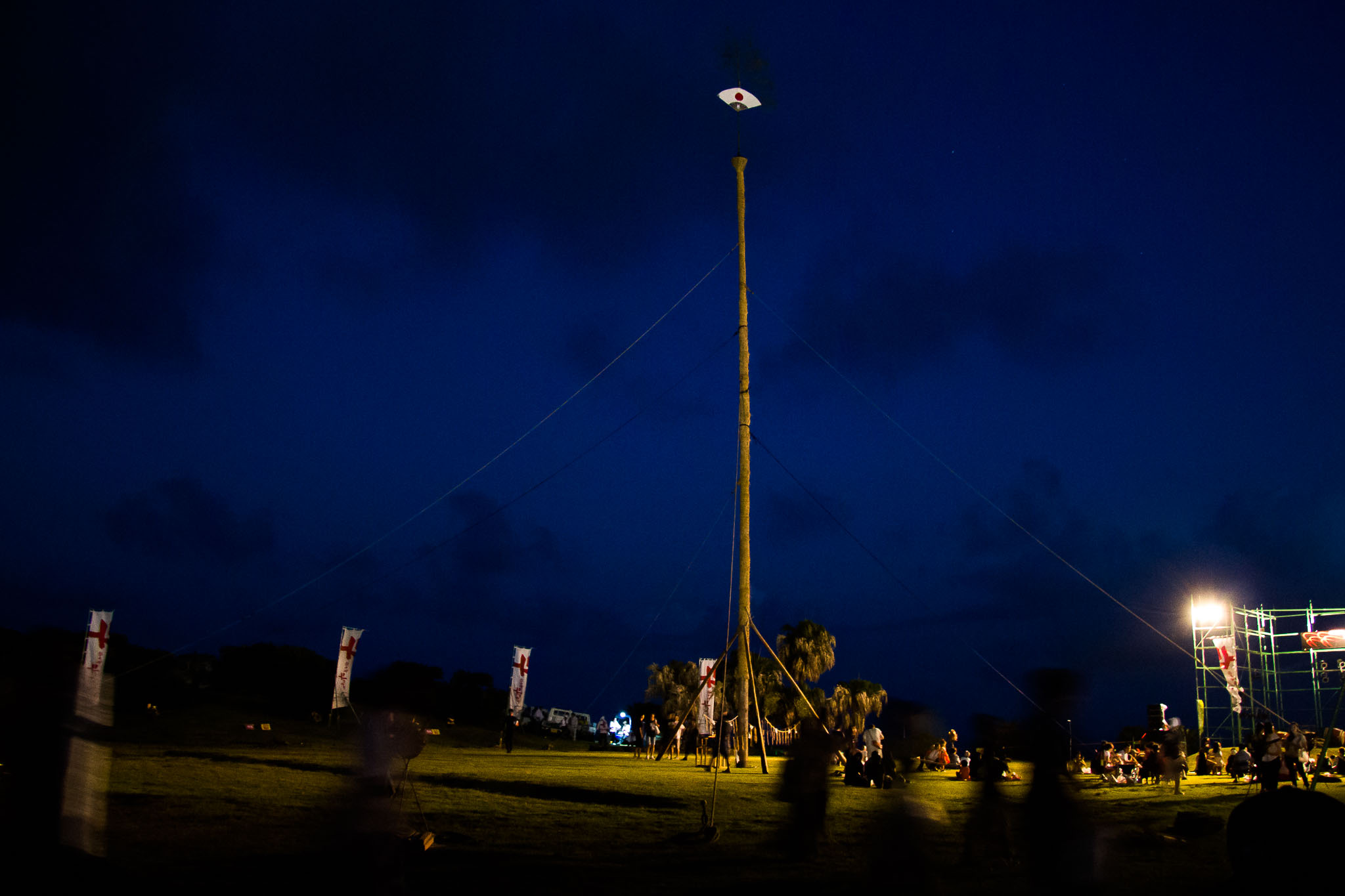 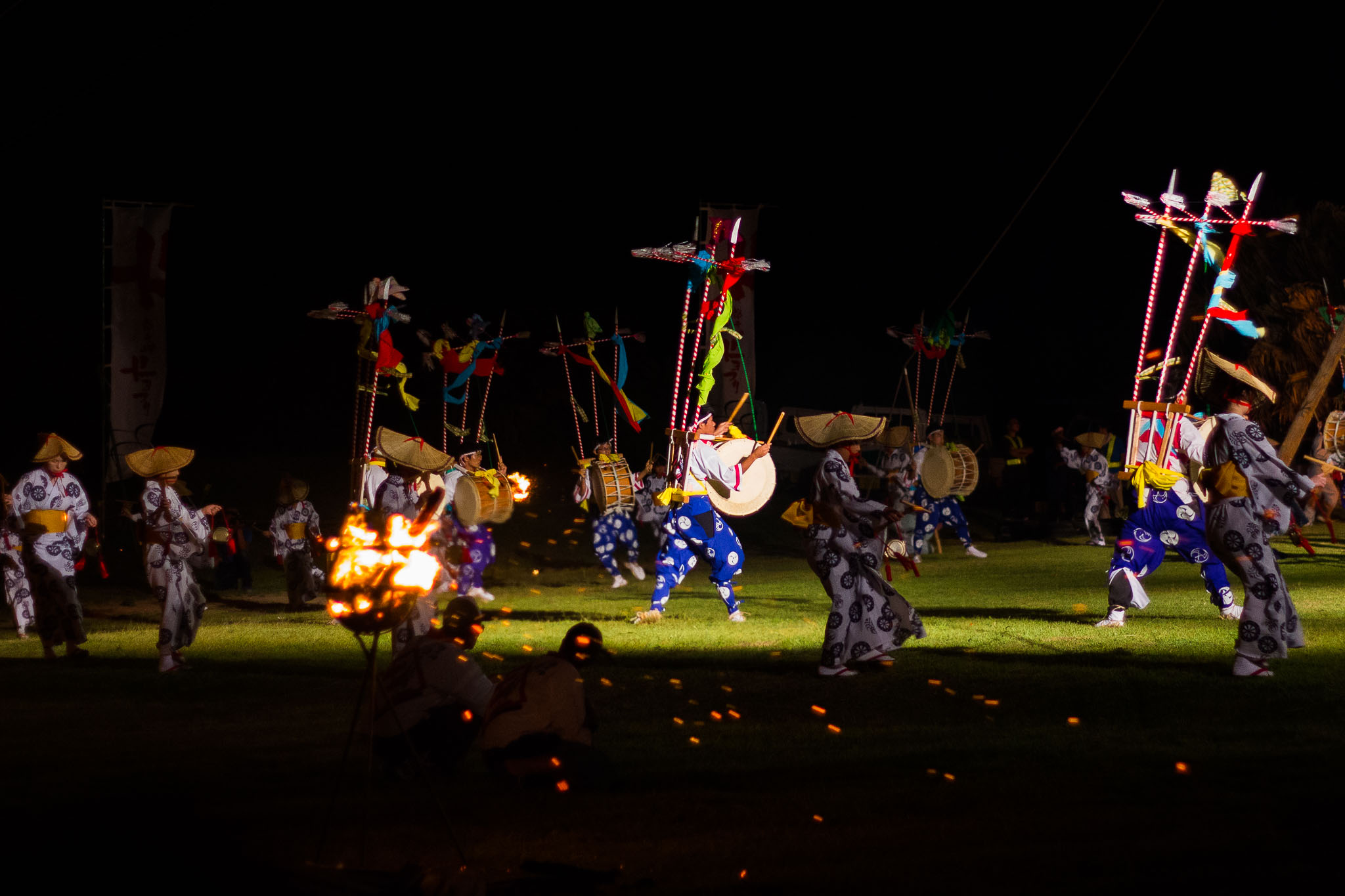 “Um, guys, we missed a turn.”
“We couldn’t have. We’ve been following everyone else the whole way!”
“Well then they missed the turn too.”
“Surely we would have seen it. How could we not have seen it?”
“We’re currently heading towards a military base.”
“Fuck.”
“The road ends after that.”
“Fuuuck.” 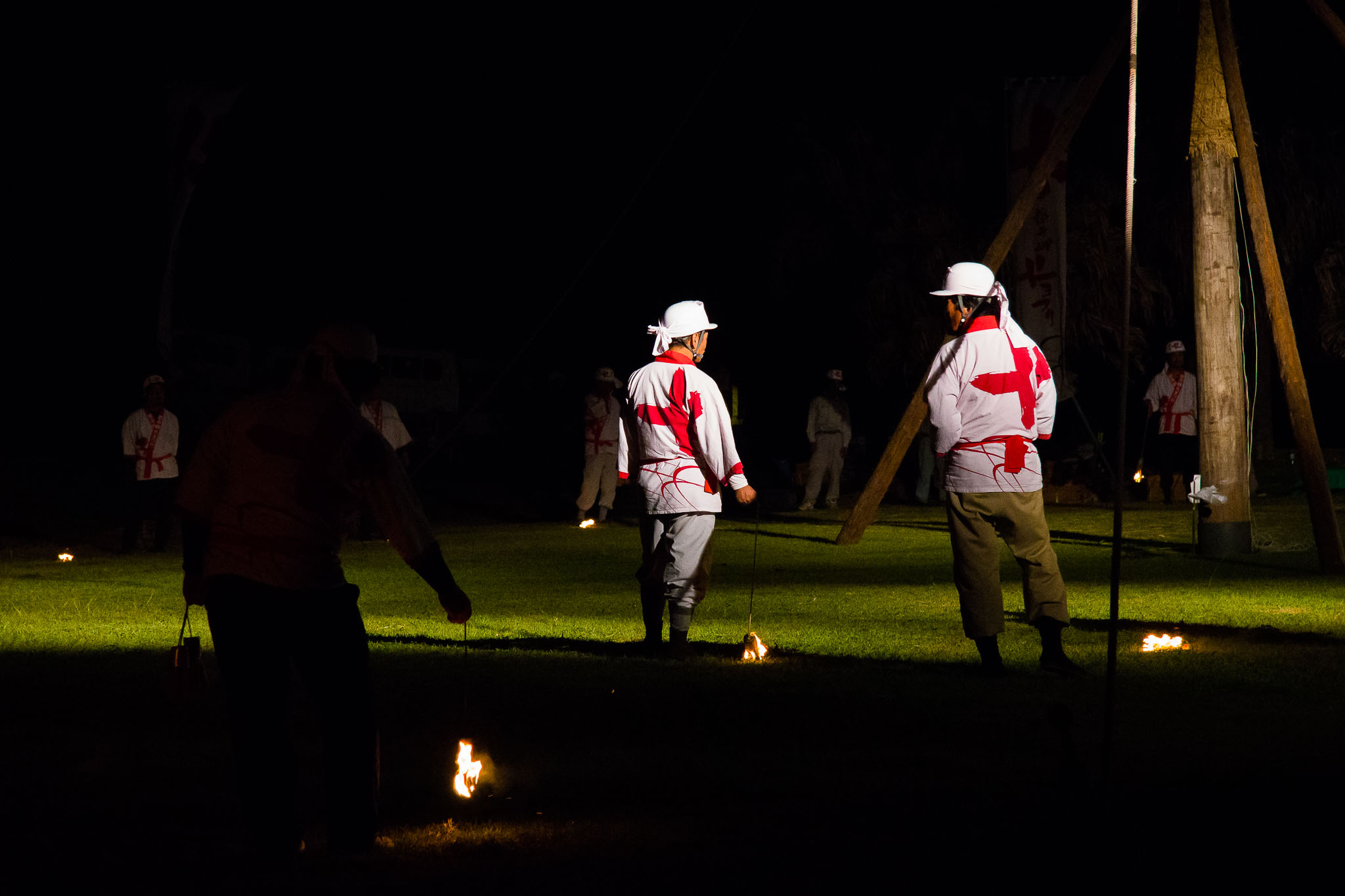 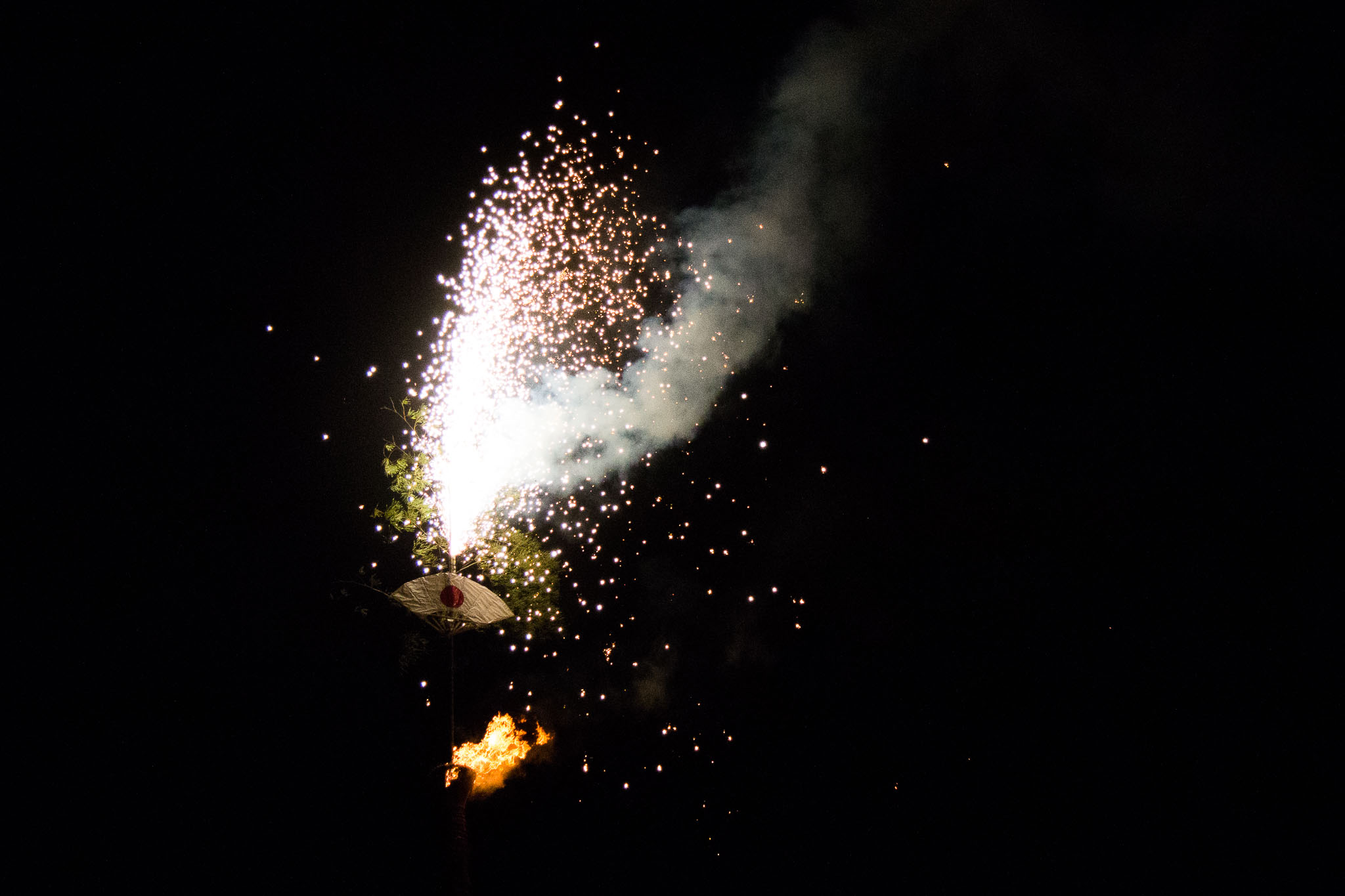 After the Great U-turn of 2016, a pantomime starring Peter’s headlights, a race against time to find the last open conbini, and a run-in with an old man and a dead cat, thanks to Rosie’s exceptional navigation skills, we eventually made it to the beach.

And that’s how, somewhere between darkness and midnight, I ended up in the sea, chasing luminescent plankton with my fingertips.

We never did make it to bed. One impromptu rainstorm and a bottle of whisky later, we spent the rest of the night in the water, swimming until the sun came up.

One hell of a great night, indeed.