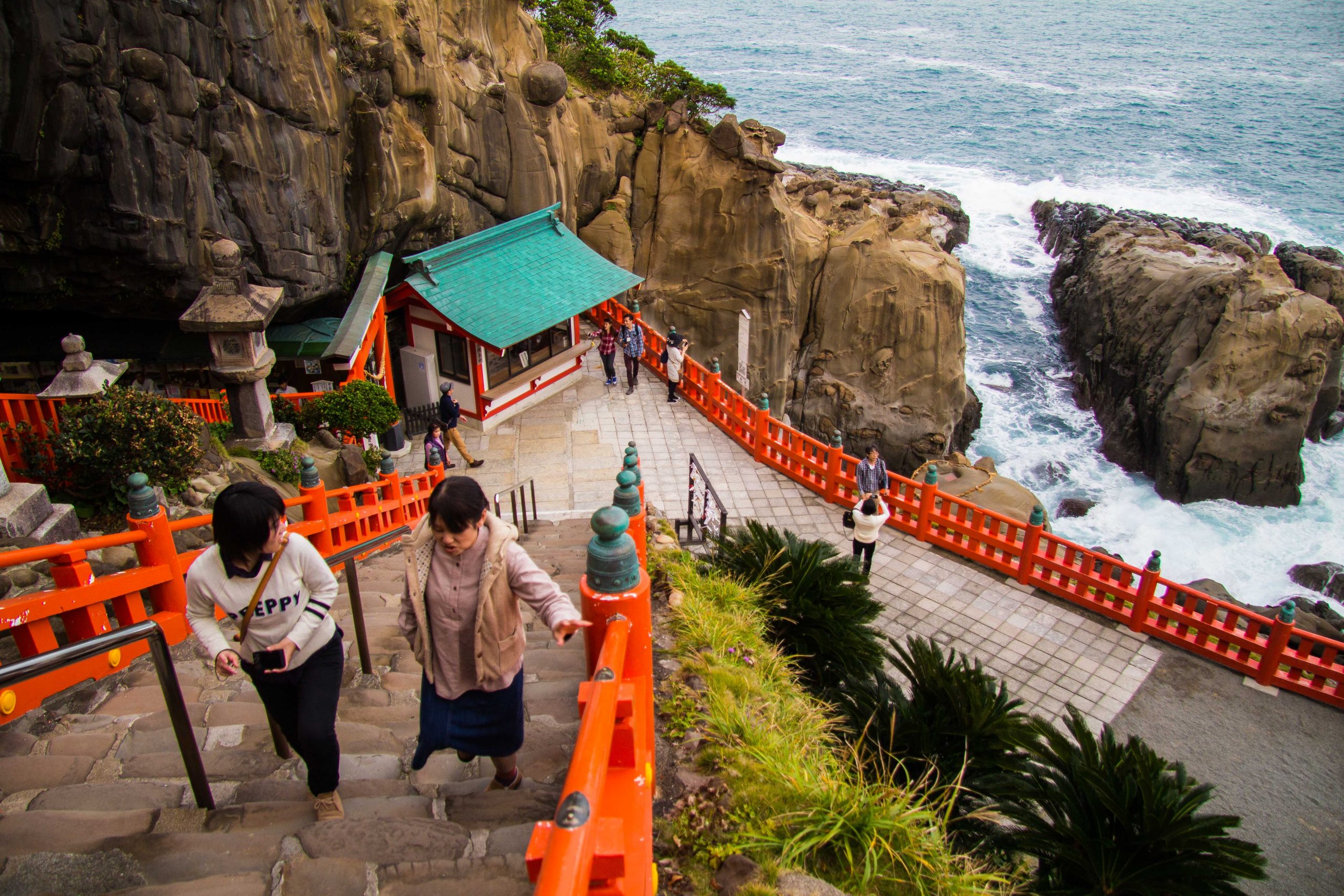 During the Age of the Gods, the daughter of the Japanese sea King Ryujin, Toyotama, lived with her father in the underwater palace of Ryugu-jo. One day, the dragon goddess met a young hunter named Hoori who had come to the bottom of the ocean looking for a missing fishing hook that belonged to his brother. The two fell in love and were married.

After a few years of living together in the palace, Hoori began to long for a life above the sea. He convinced Toyotama to come with him and, pregnant with his child, she agreed. They set up camp inside a cave along the shore and soon after Toyotama went into labour.

Not wanting her husband to see her transform into her alternative form, Toyotama begged him to wait outside. Curiosity got the better of him, though, and he peered in to find a giant black dragon holding a baby. Ashamed, Toyotama fled back to the sea, leaving her breasts behind to feed the newborn child. 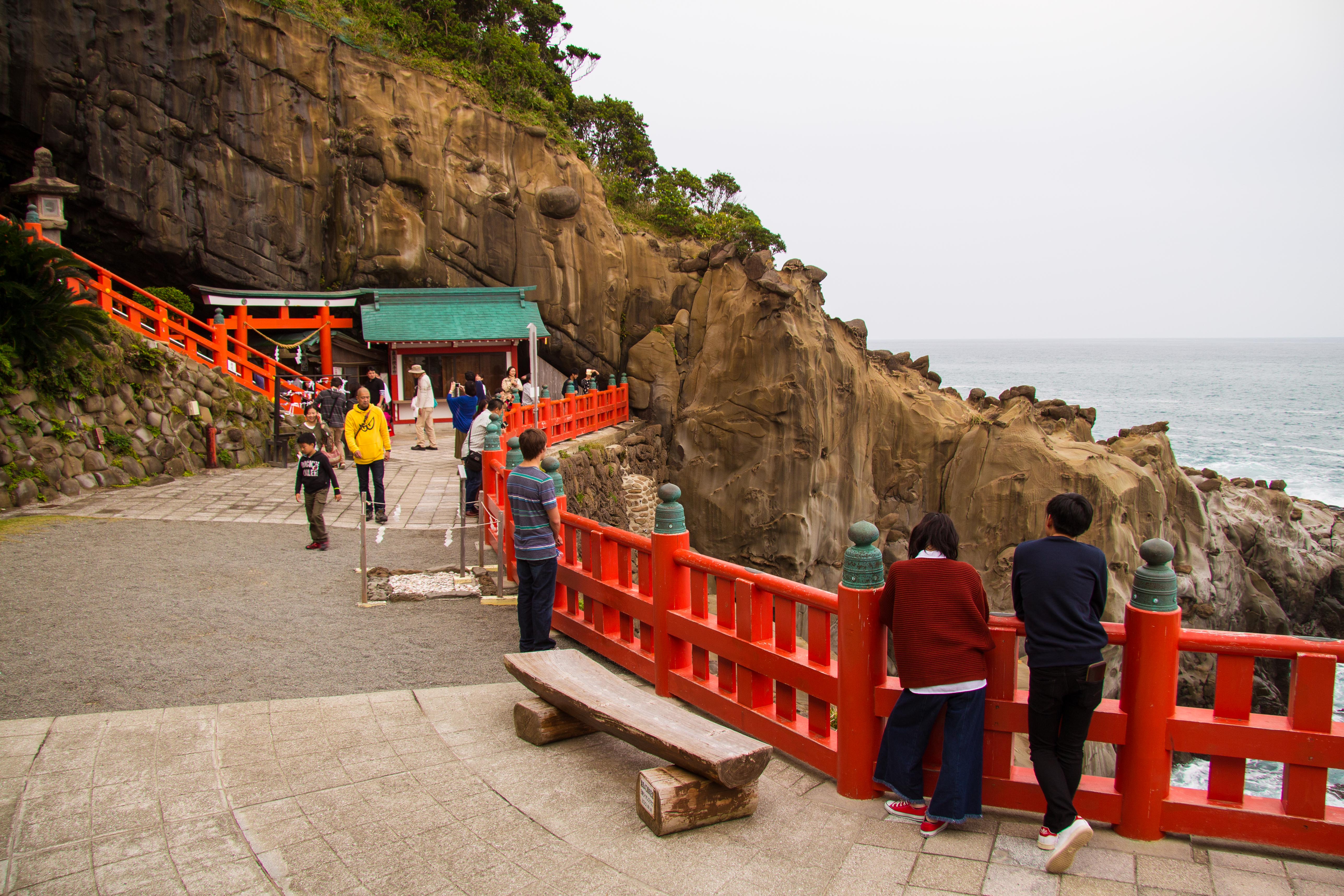 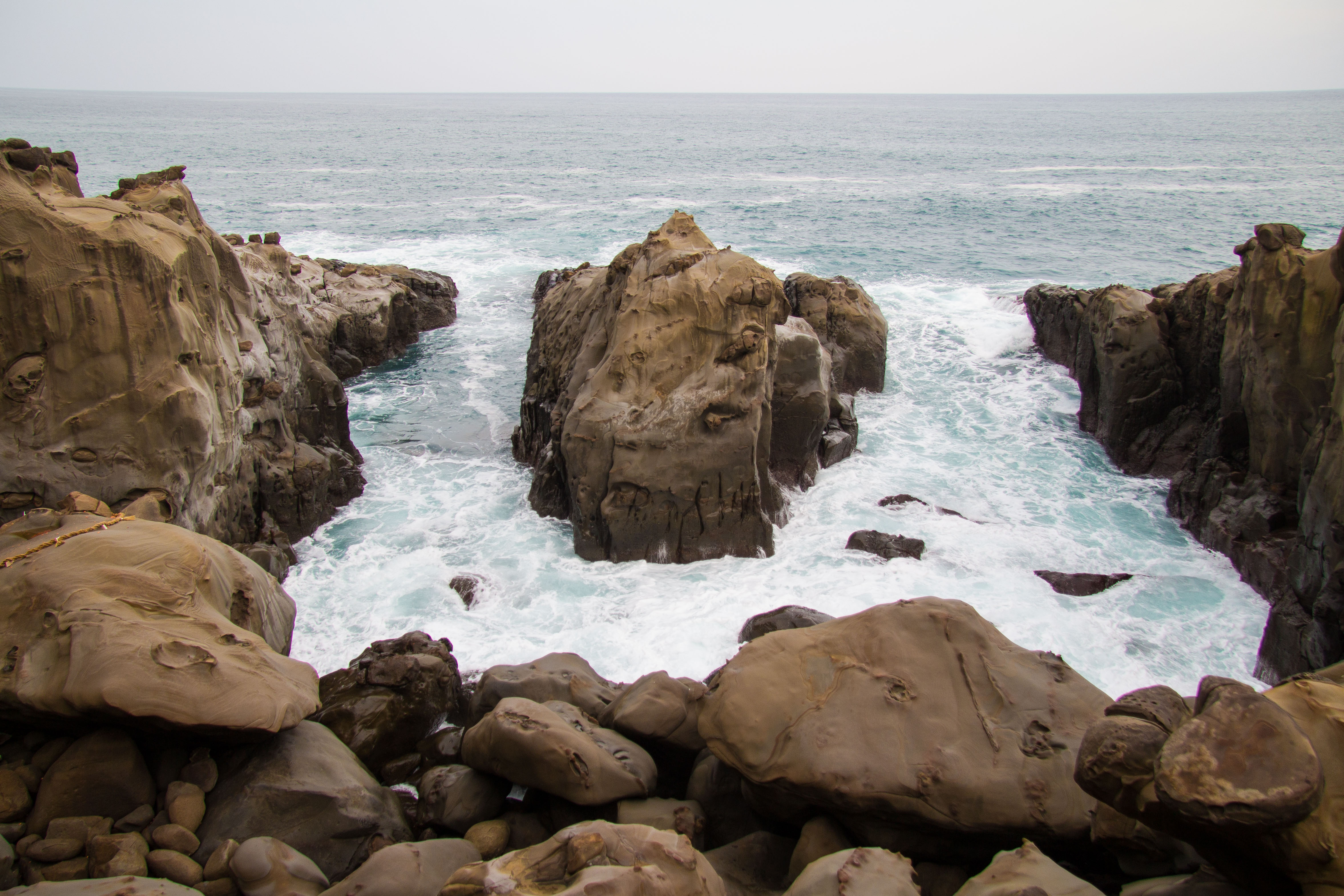 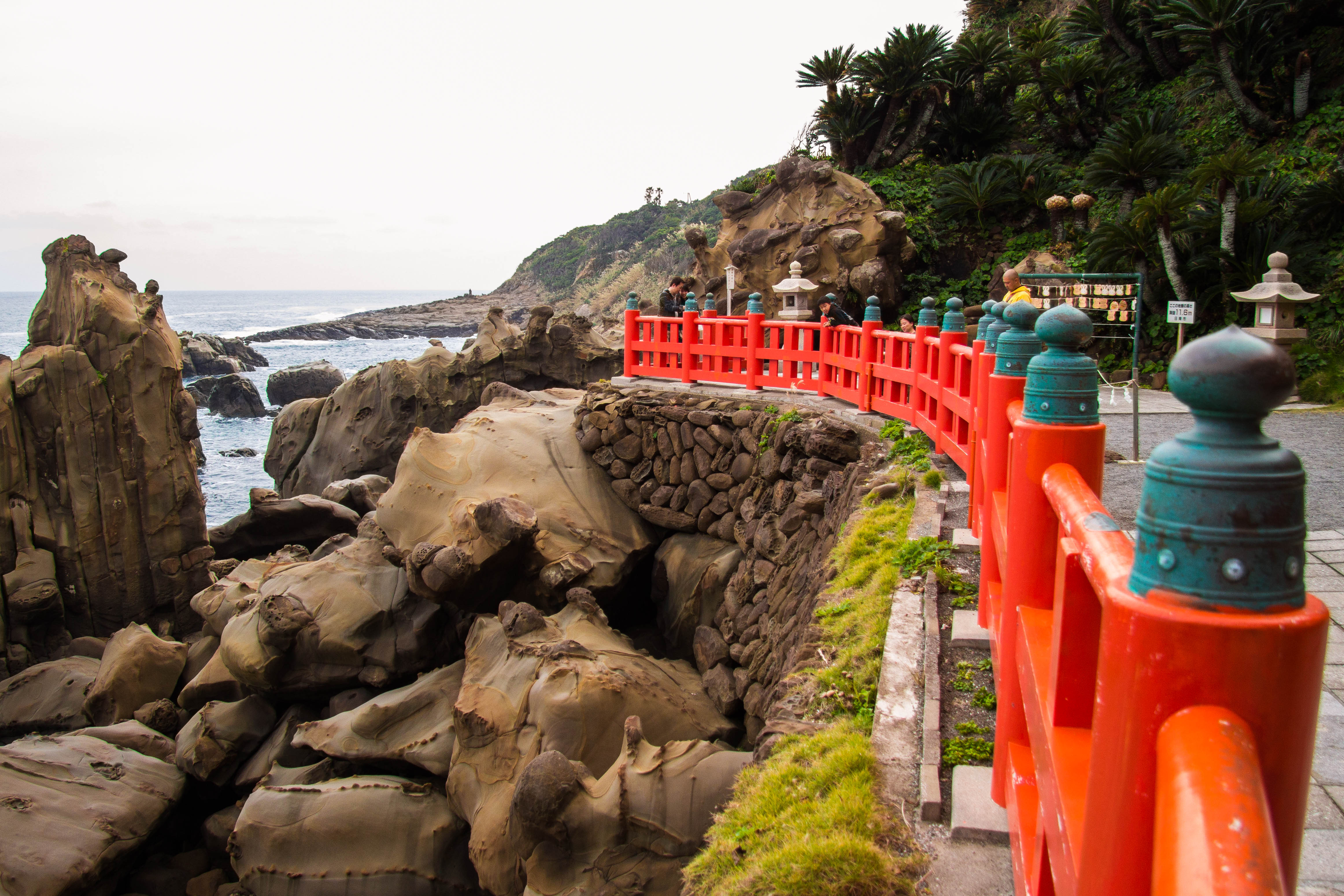 Udo-jingū (鵜戸神宮) is located in this mythical birthplace, on the Nichinan Coast, about 40km (25 mi) south of Miyazaki City. The gorgeous, vermilion-lacquered shrine is dedicated to Hoori and Toyotama’s son, Ugayafukiaezu, who grew up to father Japan’s first ruler, Emperor Jimmu.

On a lazy Saturday afternoon, Austin and I decided to take a drive down the coast and visit the famous shrine. I had been just once before, but having arrived too late in the day, I never got to see the honden, or main shrine.

Udo-jingū is set inside a cave on a cliff side of the Udozaki headland, a pretty unique setting. In order to enter the shrine, you have to walk down a set of stone steps. This is uncommon in Japan; most shrines have pathways that ascend to the entrance. 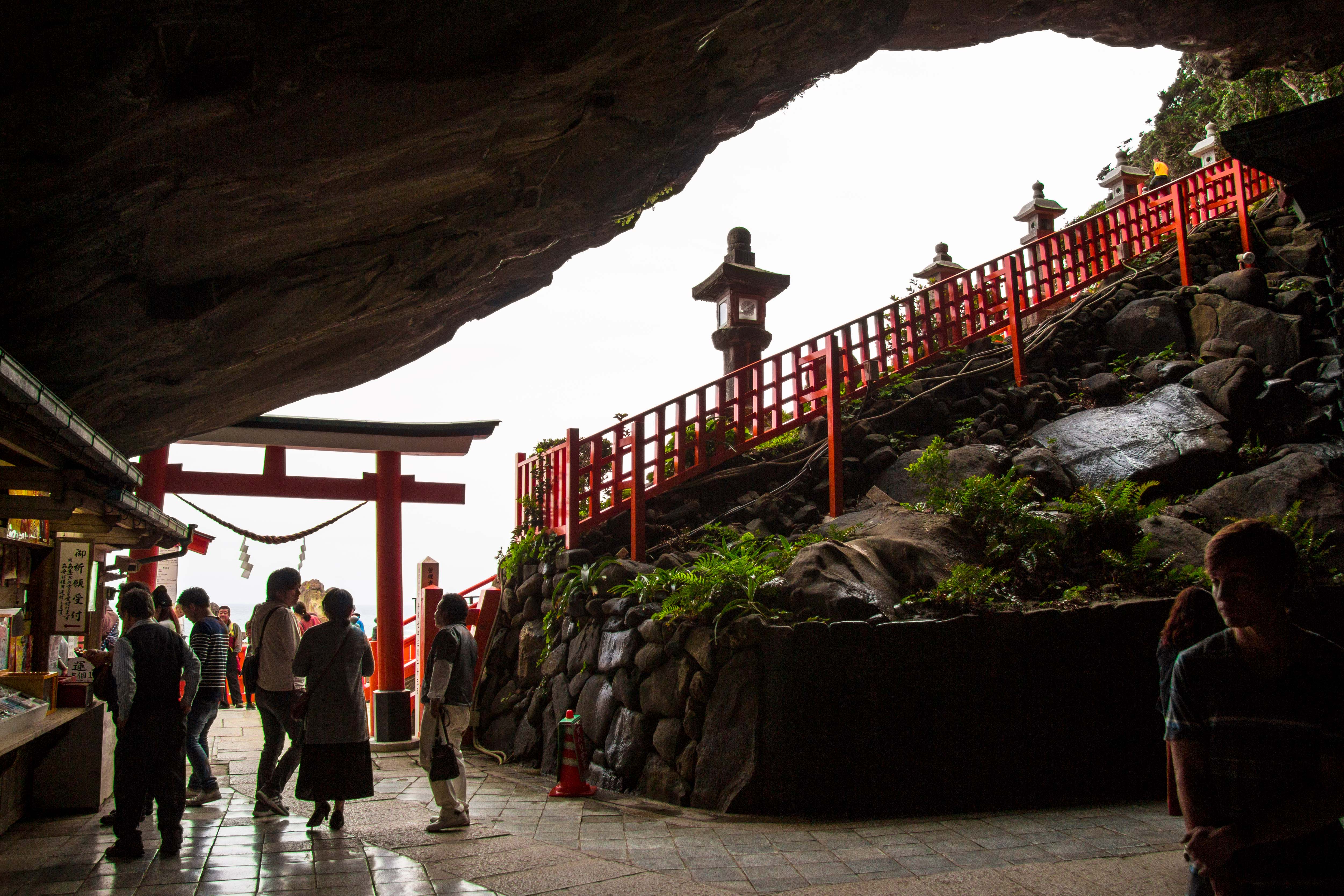 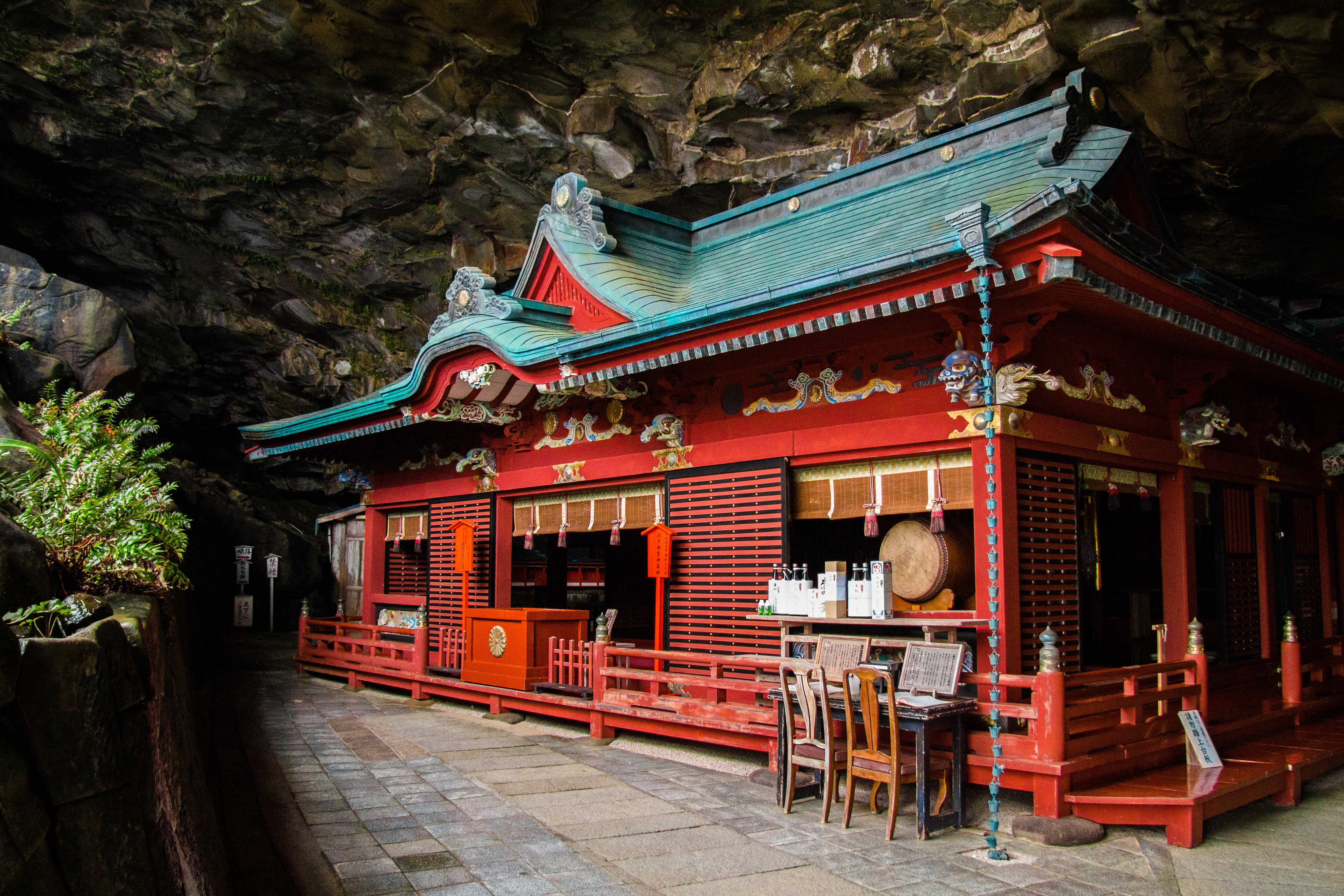 Rock formations inside the cave are thought to resemble Toyotama’s breasts; drinking the water that drips from these ochichiiwa is considered beneficial “milk” for women who are pregnant, nursing, or trying to conceive. A special milk candy is also sold at the shrine which is especially popular with expecting mothers; eating it is said to ensure a safe and easy delivery.

Outside the cave, visitors can enjoy the breathtaking view of the ocean from the terrace, a popular spot for watching the first sunrise of the year, and listen to the waves crashing on the rocks below. One of them is shaped like a turtle and has a concave hollow outlined with rope.

For just 100円, you can purchase a handful of small, clay balls, or undama, from the shrine, and try your hand at tossing them into the rope circle; if you manage to land one inside, it’s said your wish will come true. Women are supposed to throw with their right hand, and men with their left.

According the popular folk song, “Shanshan uma douchu“, it was customary up until the Taisho era for Miyazaki newlyweds to visit Udo-jingū at the end of their wedding. After worship, relatives would greet the couple with a shanshan uma, or horse adorned with bells. The bride would then mount the horse and the groom would lead her home.

Today, an annual shanshan umadouchu competition is held in Nichinan to commemorate the tradition. 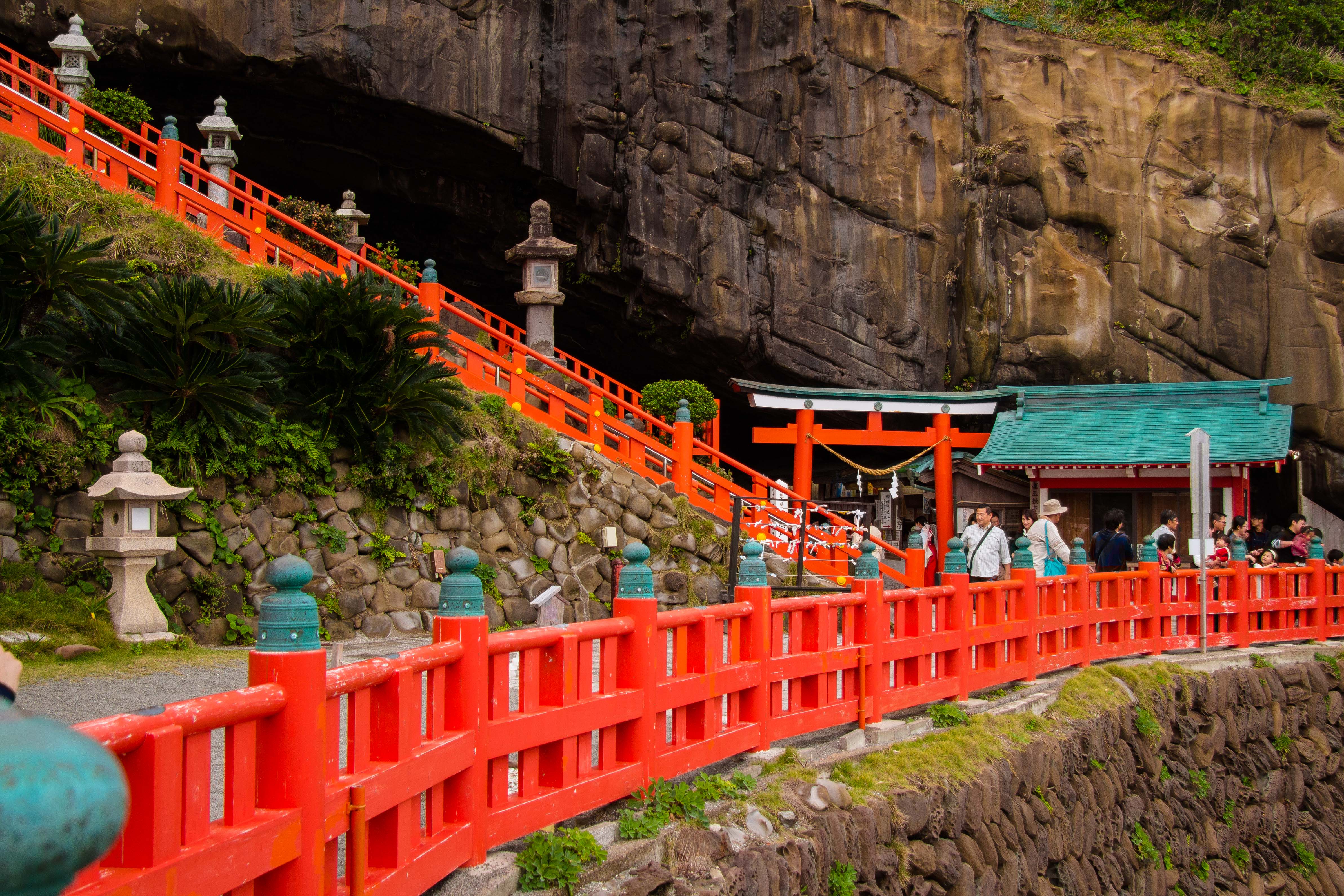